I’ve been meaning to re-read all of Love and Rockets for years and years. But I’ve never found the time, because all my comics reading time has been occupied by reading new comics. 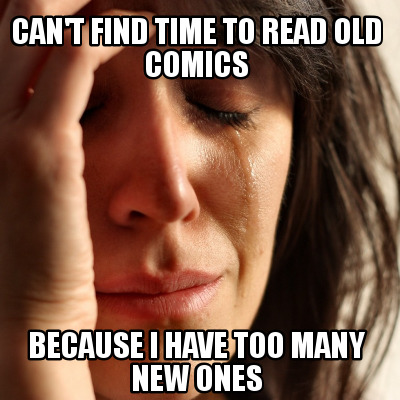 I’ve paused my avaracious comics acquisition onslaught slightly and rooted out all the Love and Rockets issues. But doing so, I started browsing the other comics in the Fantagraphics short boxes. Dalgoda… Captain Jack… Graphic Story Monthly…

“Hey! I wanna read all these comics!” 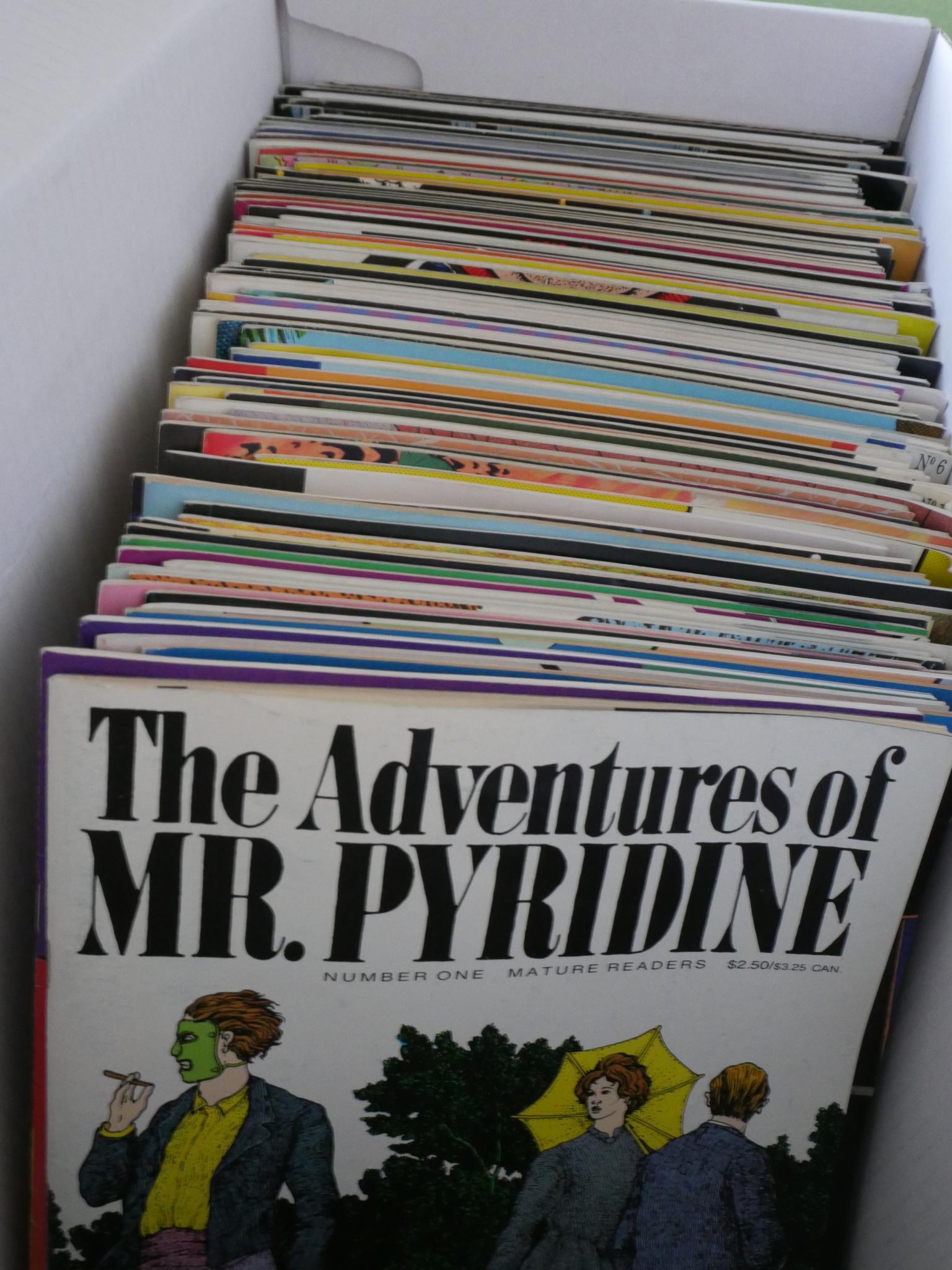 So that’s what I’m going to do. I think it’s a project with an appealing shape: I’m going to read all Fantagraphics floppies published and blog a bit about it. At least the ones from the 80s.

I’m limiting myself to the floppies (i.e., saddle-stitched “pamphlet” comics), because… otherwise it’d be too much. And I think it’s kinda interesting how so many of them haven’t been collected. So it’ll kinda be a peek into a long gone age.

It’s weird. Fantagraphics seem to lack the impulse towards creating a heroic history of themselves. They achieved so much, so perhaps they think it’s redundant? “Eh, go read those old Comics Journals and you’ll see how great we’ve always been”? Drawn & Quarterly produced a hagiographic doorstop in honor of themselves (which was pretty good), and Fantagraphics doesn’t seem to have much of an interest in doing so.

Which I think is a shame, because that means that some of these great comics are kinda forgotten.

And it’s not like they’re shy and retiring people: 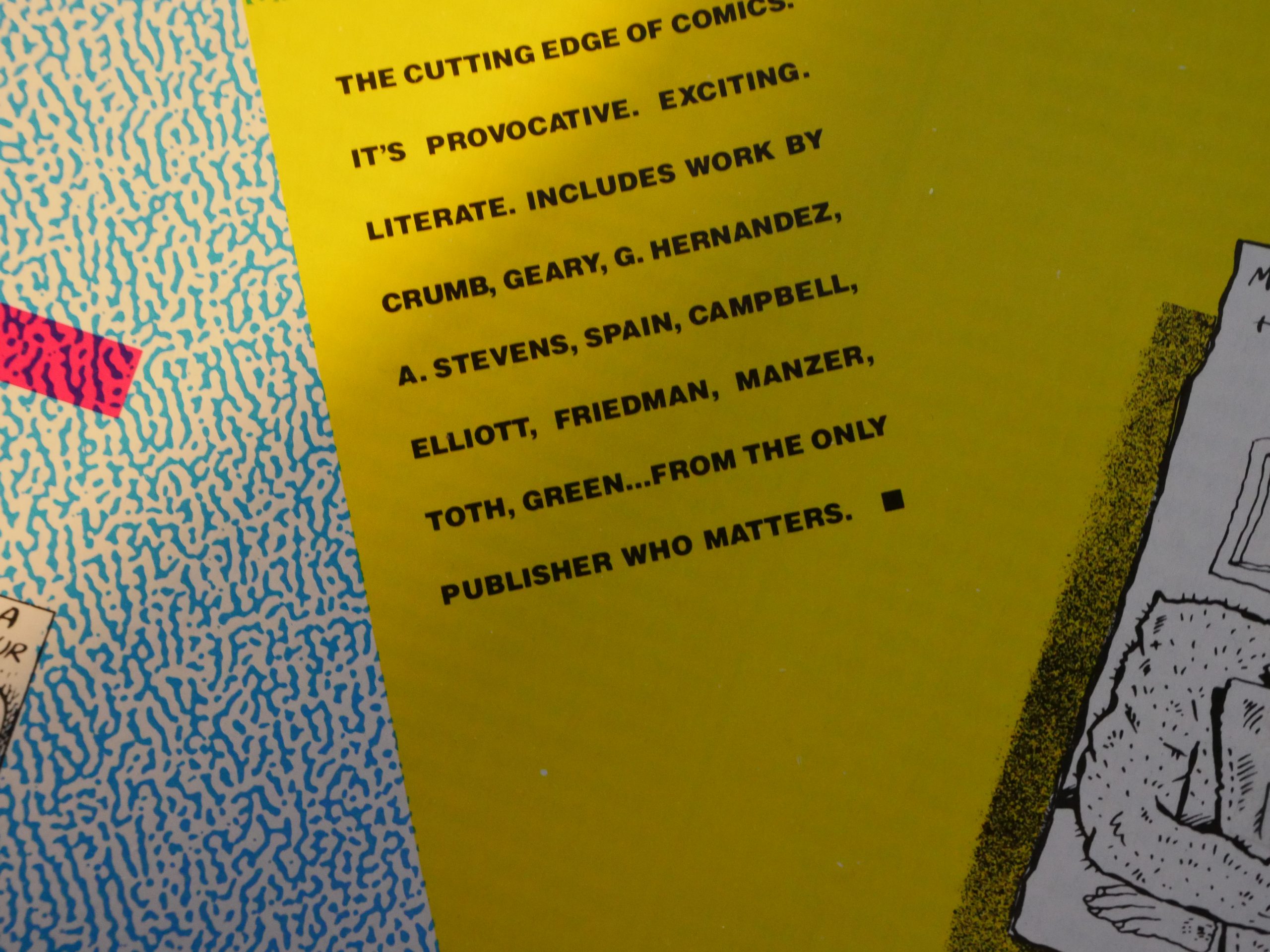 The only publisher who matters… 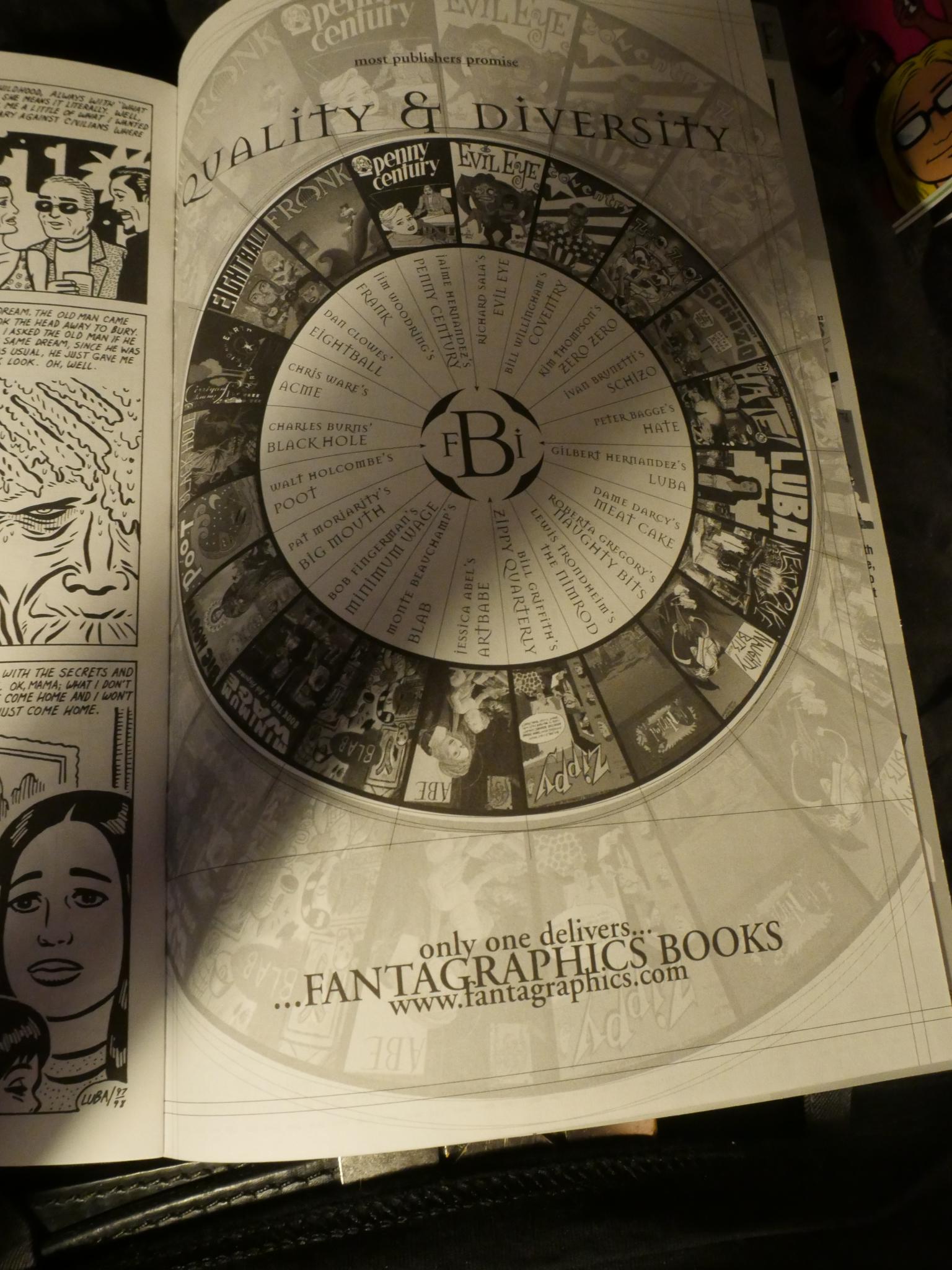 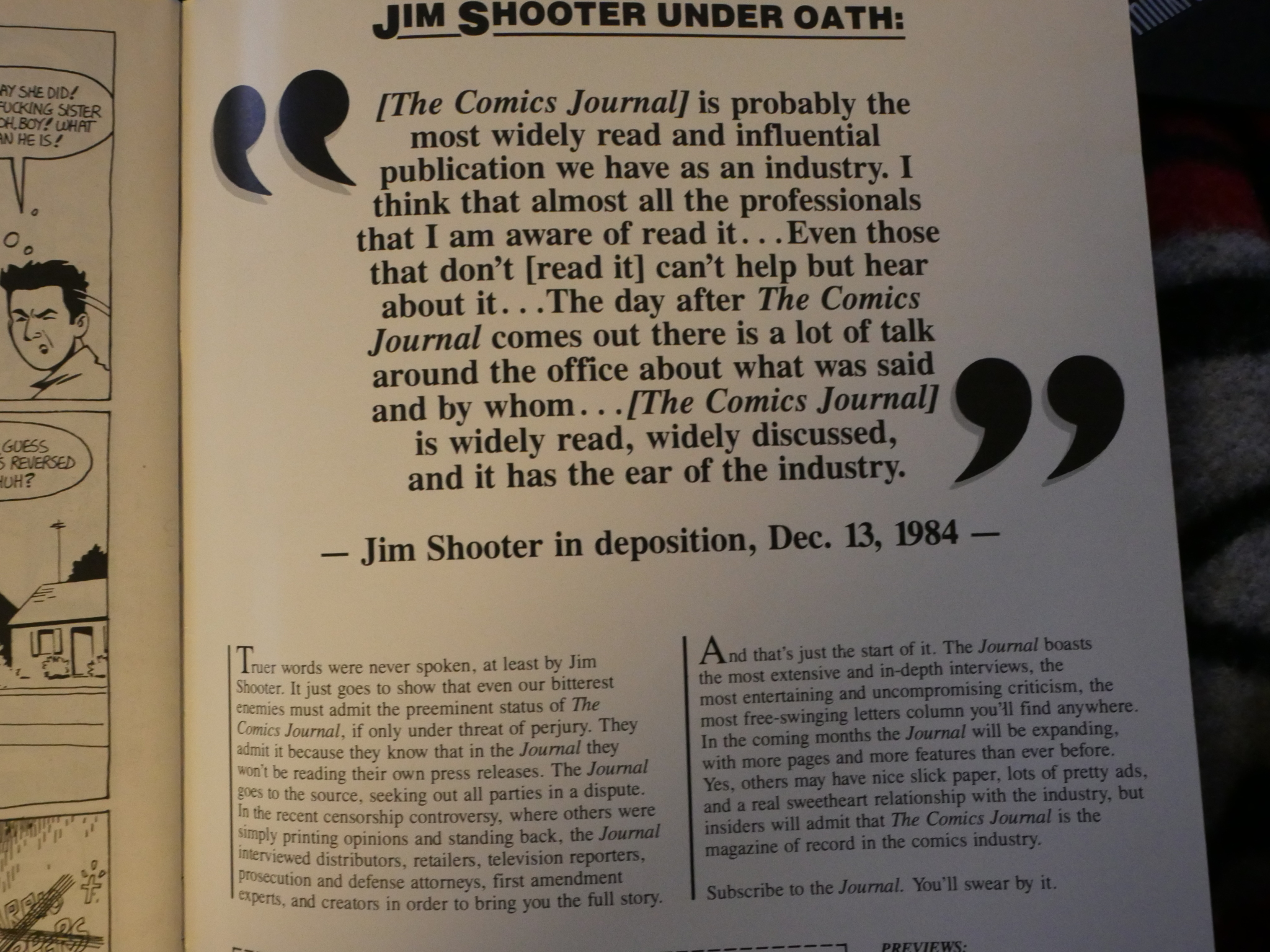 *snicker* At least by Jim Shooter.

So it’s all kinda weird.

I think I’ll still start off with Love and Rockets, even thought it hasn’t been forgotten at all. It’s a logical place to start: It was one of the first comics Fantagraphics published (they had perhaps published a dozen before the Hernandez brothers walked through the door?), and it set the tone.

[I wrote the stuff above a couple a weeks ago, but didn’t post it because I wanted to have the first real post in the series ready to go first. It took a while to read Love and Rockets. And in the meantime, Fantagraphics announced that they’re releasing their own doorstop, amusingly called We Told You So. Which they totally did.

I could just have edited that bit up above there, but whatever whatevs, as Vivian would say.]

Edit: Seven months later, the project is finished, and you can read the summary here, including an index to the posts.