The Wandering Stars #1 by Stuart Hopen and Sam Kieth. 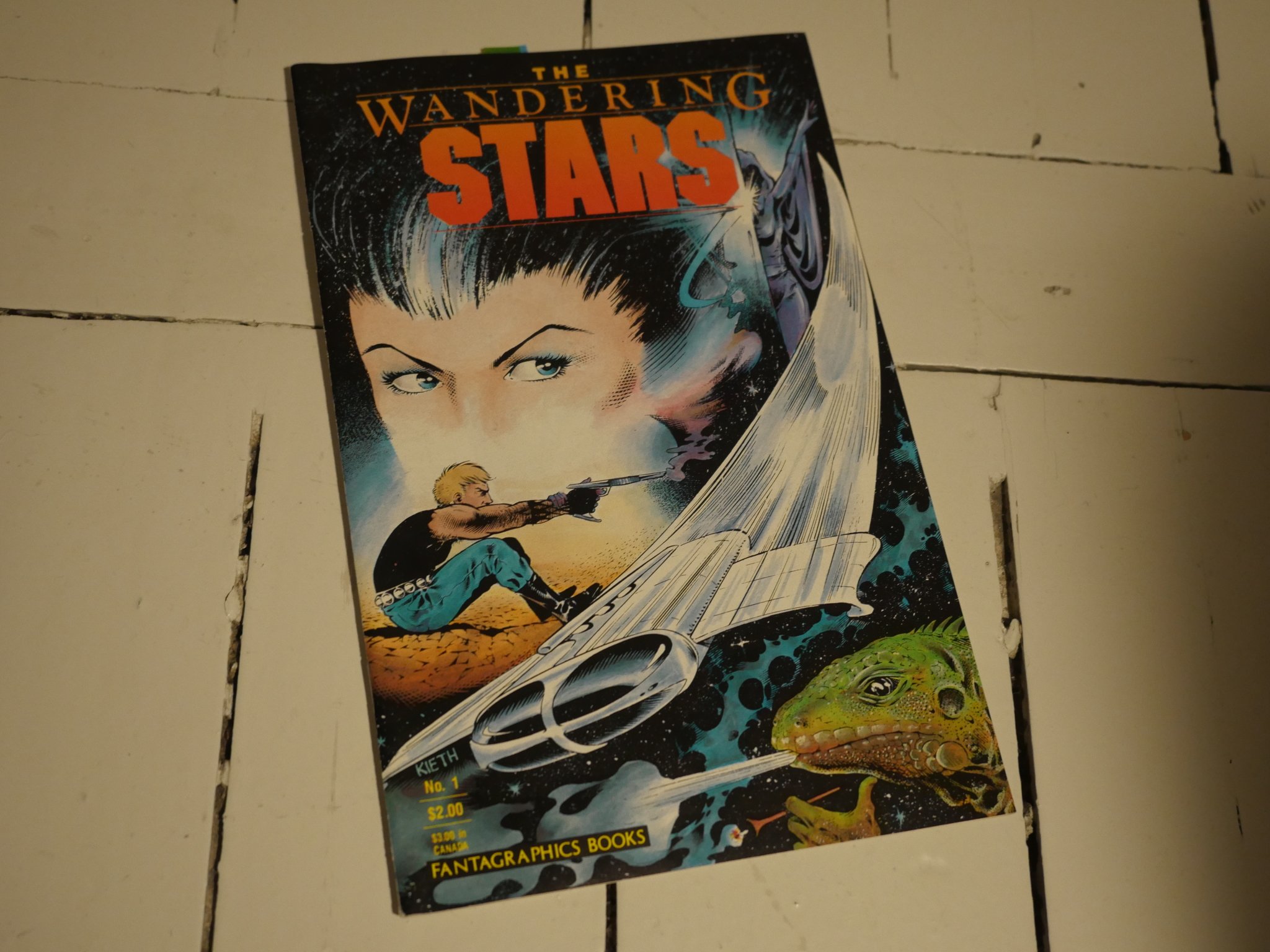 Another entry in the “Fantagraphics sci-fi cancelled mysteriously” series, this one lasted only one issue and ends with the words “to be continued…” 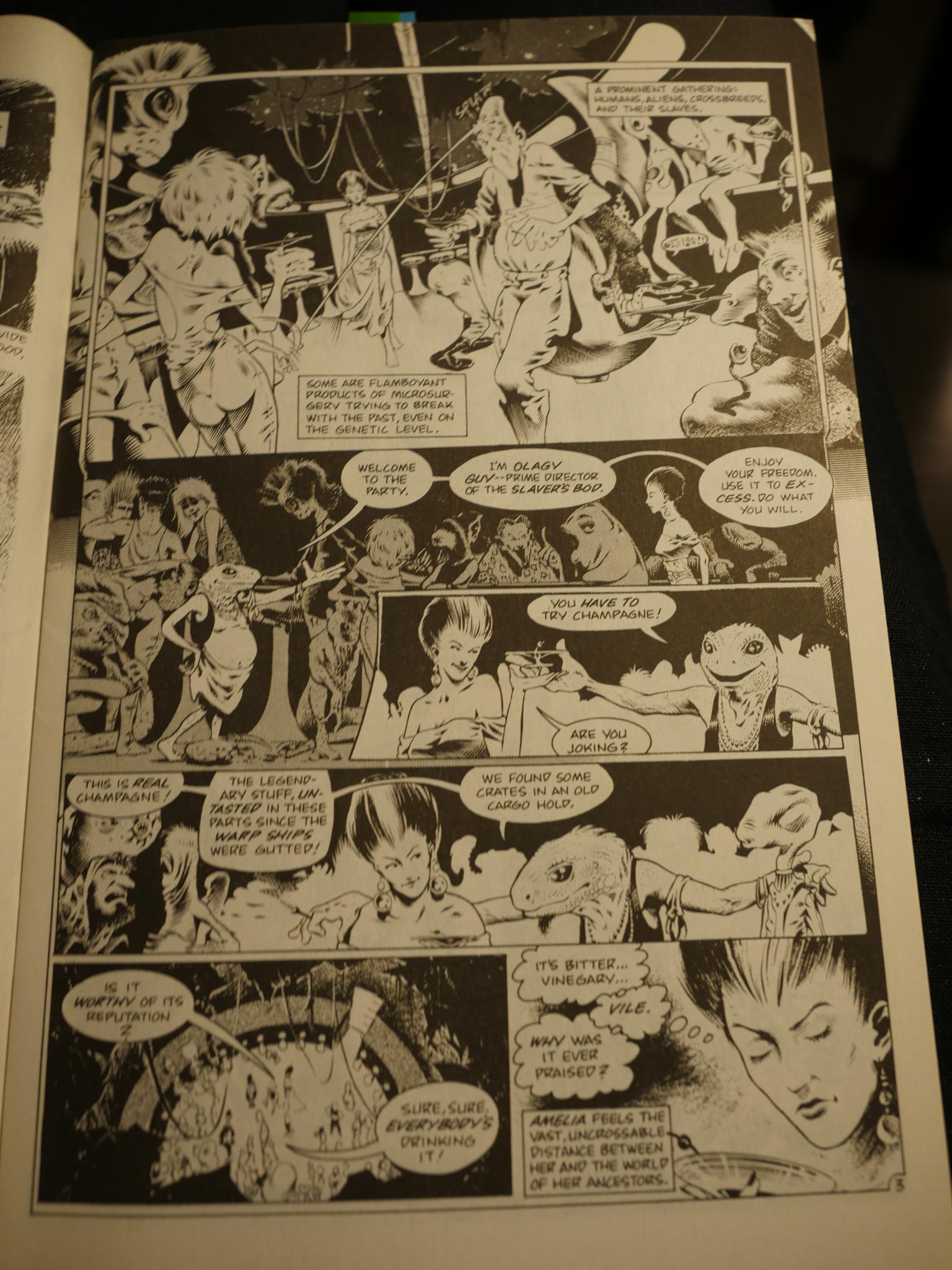 And it’s a very nice issue indeed. Kieth would later switch to a more decompressed art style, but here he crams a lot in. And not only is it very pretty, but it really works. The aliens fit into the environment as well as the humans do. 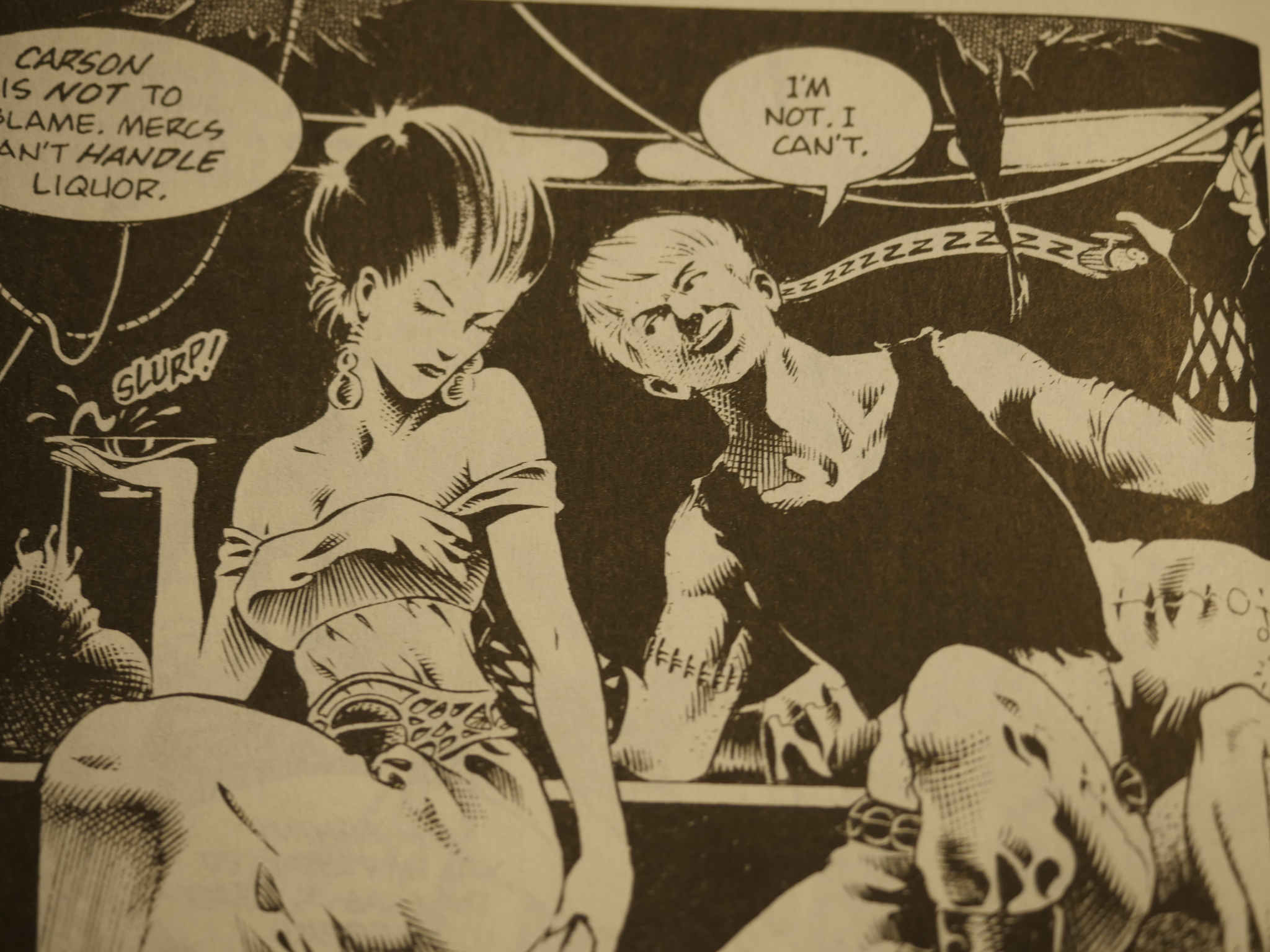 I’ve snapped a detail here from a panel. Look how awesome it is in its Bernie Wrightnosequeness, and with all these details you can skip or sit and admire (like that thing slurping the woman’s drink). 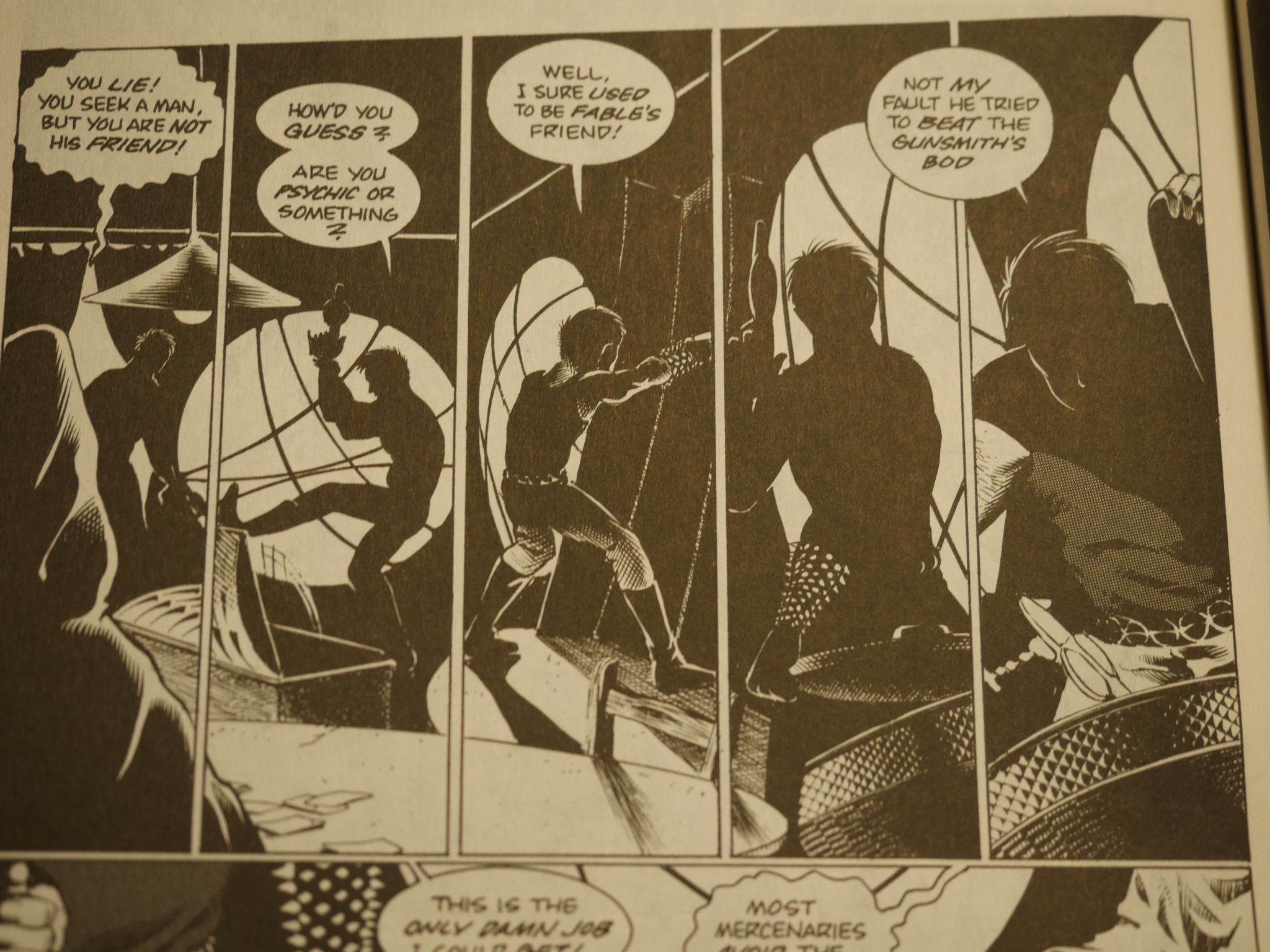 Oh, yeah, the story… It seems to have potential to get quite interesting. It’s a melancholy story of a post-faster-than-light society in decline peopled with interesting characters. But even as crammed as the pages are here, the plot moves quite placidly, so it’s difficult to tell where this all would have ended up if the series had continued.

It’s a comic book that you sometimes see on the “hey, whatever happened to…” lists, so it’s something that people seem to remember fondly.

My research team was unable to determine why no further issues were published (low sales? Kieth wanting to write his own stuff? something else?).

Sam Kieth, of course, was to become a very famous artist (and writer) a few years later, starting with The Maxx (from Image).  And I’ll be covering his anthology series I Before E later in this blog series.