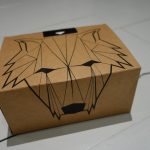 I got some chawklits from Iceland… My, that’s a handsome box… These are from Omnom in Iceland.  They have a pretty annoying web site.  Lots of lightbox popups… And Iceland isn’t known for their great chocolate.  To put it mildly.  But these ones are really delish.  Subtle and complex cocoa.  Nom.  Om nom. 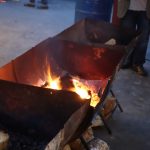 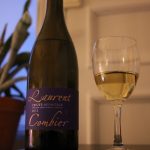 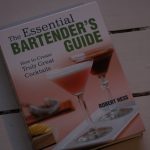 I started off doing the cocktail thing basically off of Wikipedia, but I soon got The Essential Bartender’s Guide. It’s not a guide to essential bartenders, as you might have guessed, but a guide to making cocktails. I really like it. It’s very opinionated. It describes frozen margaritas as an “abomination”, if I remember correctly. … END_OF_DOCUMENT_TOKEN_TO_BE_REPLACED 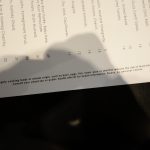 Here in Utah, I have detected a new menu fad. I think. At least I can’t recall seeing this before anywhere: So basically, they’re warning us that undercooked meat is dangerous. (And please no personal checks). Ok… But I’m at a restaurant. I don’t want them to undercook my meat. But there’s an asterisk. And … END_OF_DOCUMENT_TOKEN_TO_BE_REPLACED 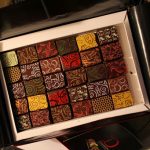 I got chocolates from Demarquette today. He makes the best chocolate in the world, probably. And just look at this packaging. Nom, nom, nom.

By guest blogger Bjørn Konestabo In the world of candy, there is chocolate. There is liquorice. And then there is gummy. The gelatin based candy from the wondrous animal that just keeps on giving. Among the producers of such delights, the German based Haribo is the original G, molding the first gummy candy in the … END_OF_DOCUMENT_TOKEN_TO_BE_REPLACED 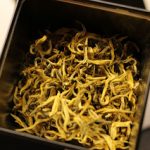 I bought some fancee tea yesterday. It said “golden” on the label, so I assumed it would be the normal black tea, only slightly paler. But look: It’s yellow!  Or “golden”. Truth in advertising.  Very disappointing. It tasted quite nice, though. 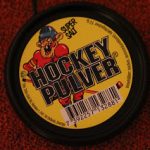 It has been suggested that the new Hockeypucker candy is simply a way to eat Hockeypulver without looking like a moran. I, on the other hand, maintain that Hockeypucker is nothing more than a new name for Lakrisal, and tastes nothing like Hockeypulver. So for today’s experiment, I ground up both these and compared them … END_OF_DOCUMENT_TOKEN_TO_BE_REPLACED 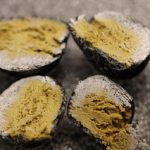 It has generally been considered that Malaco Dark Shots is the best candy ever.  So when Malaco started replacing those delicious treats with Malaco Viva Lakris, a nation felt betrayed and peckish. But are they really so different? The ingredients look to be pretty much the same… And they look similar… Even when you cut … END_OF_DOCUMENT_TOKEN_TO_BE_REPLACED 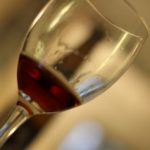 I still haven’t finished with all the email, so I have to keep beering it up. Eww!  One for the sink.  Golden-coloured beer with a big fresh fruity citrus nose and taste. Refreshing hoppy finish. Perfect for a Spring day. Hm.  Why is the focus now to the left of the viewfinder? Nice golden peachy color. … END_OF_DOCUMENT_TOKEN_TO_BE_REPLACED 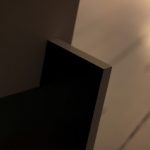 I’ve decided that there aren’t enough beer blogs in the world, so I’m turning this one into one. But as a special variation, I’m going to be beer blogging while I’m handling Gmane deletion requests.  Which I haven’t done for a couple of months. This one is quite good.  Yum. “i am a user who … END_OF_DOCUMENT_TOKEN_TO_BE_REPLACED 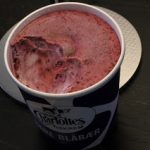 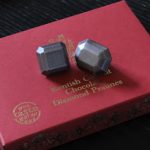 I was in London the other week. When in London, I always try to visit a snobby chocolate store.  The Brits make the best chocolate, for some reason or other. My favourites are Artisan du Chocolat and Demarquette.  They make the most tasty box of chocolates ever. But featured here in this photo feature we … END_OF_DOCUMENT_TOKEN_TO_BE_REPLACED 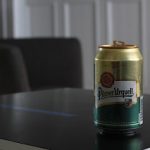 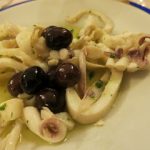 I ordered…  something… as the appetizer at the restaurant tonight.  I’m pretty sure I didn’t expect this tentacle plate to appear, though.  Did I order it?  Was the waiter just having fun? Anyway, what it is?  It kinda looks like octopus, but not quite.  The tentacles don’t quite look octopussey enough.  And the texture wasn’t … END_OF_DOCUMENT_TOKEN_TO_BE_REPLACED 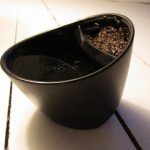 I bought these tipping tea cups… They actually work.  I mean, they tip and the tea leaves don’t fall out when I drink the tea. However, the cups are made out of a kind of nasty plastic that feels just wrong.  And they taste like plastic, too. So my rating here is:  Unusable. But the … END_OF_DOCUMENT_TOKEN_TO_BE_REPLACED 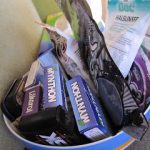 Do I have a sufficient number of throat lozenges? Do I? I’m so bored.  Bored! 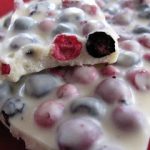 Look!  Exciting! As a rule of thumb, chocolate that looks all fancified often isn’t very good.  (There are a number of exceptions to this rule.) But this one looked too intriguing for me to pass up.  As you can see, it’s blueberries and lingonberries suspended in white chocolate.  I was wondering how they did that. … END_OF_DOCUMENT_TOKEN_TO_BE_REPLACED 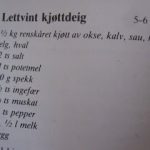 I was looking through my cookery books for meatball recipes, and this was one of them. It just seems too hardcore for me.  It starts with “half a kilo of meat from ox, calf, sheep, horse, moose, whale”.  And then you add blubber or lard or whatever “spekk” is.  And half a liter of milk. … END_OF_DOCUMENT_TOKEN_TO_BE_REPLACED