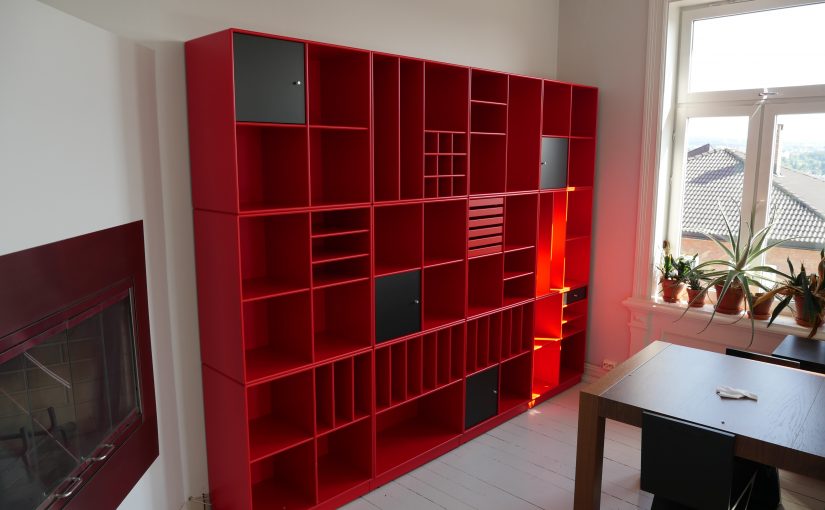 But first I had to rip out the baseboard so that the shelf could fit neatly to the wall. Look at this awesome wallpaper design I found behind it: 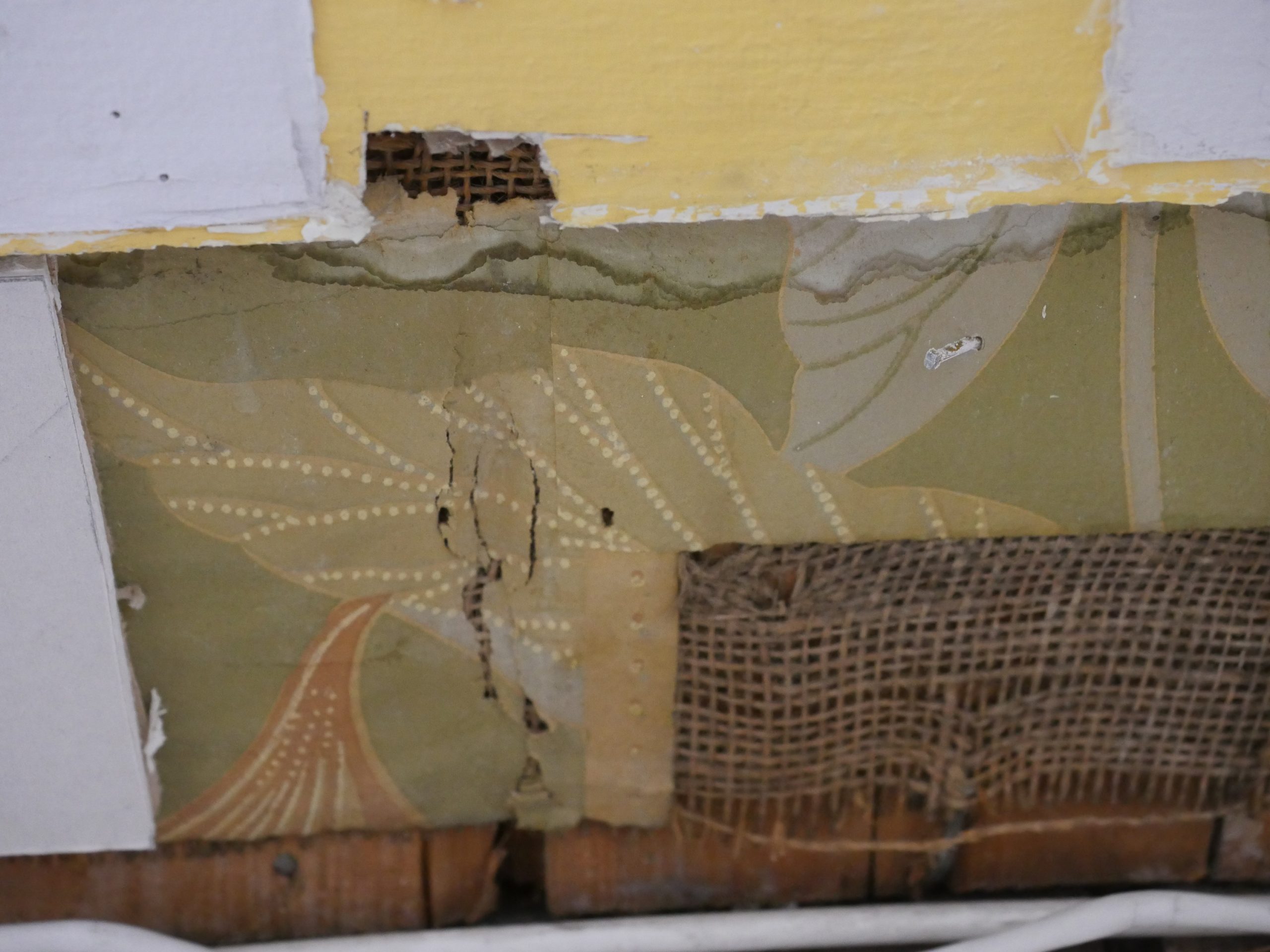 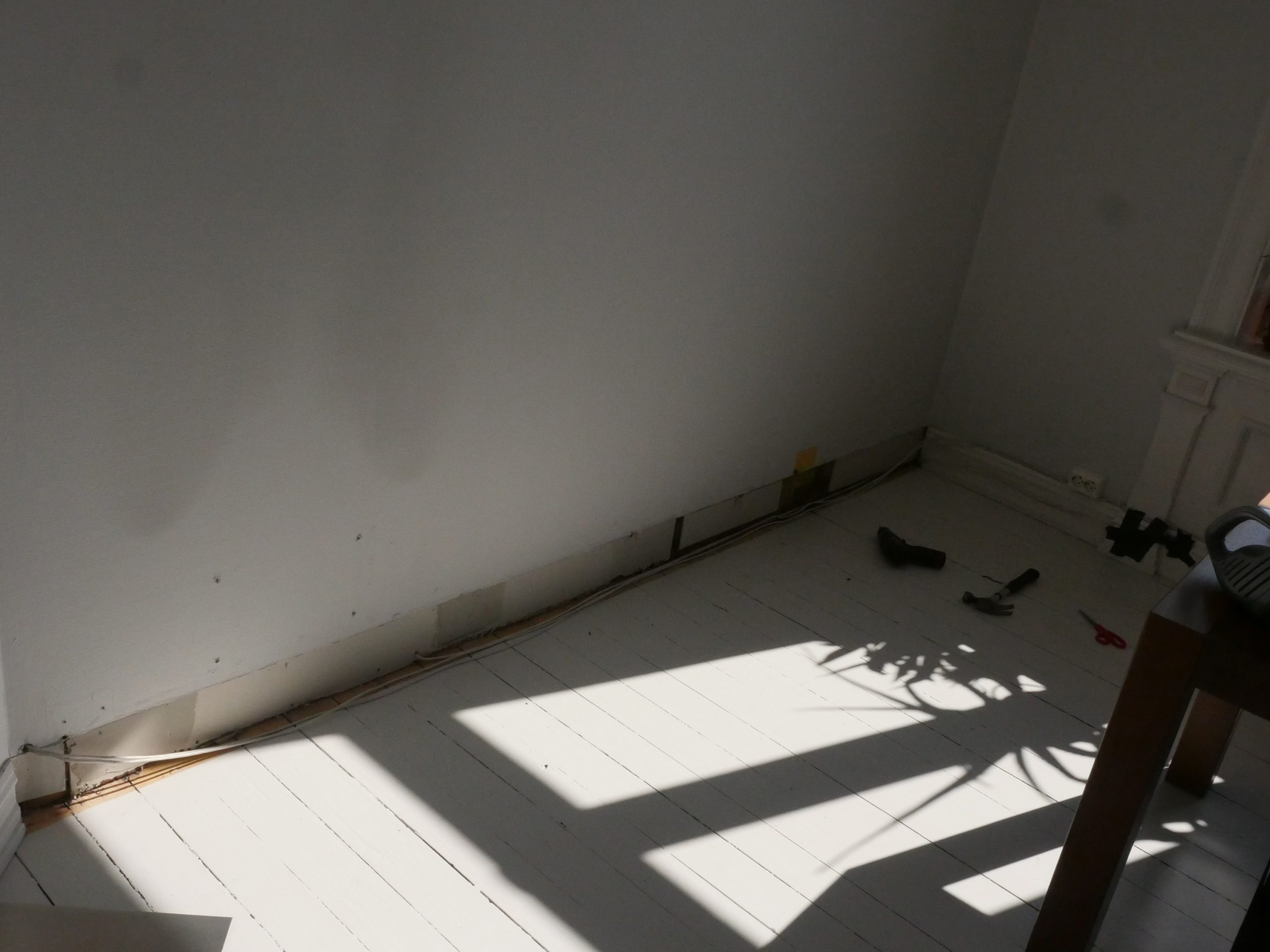 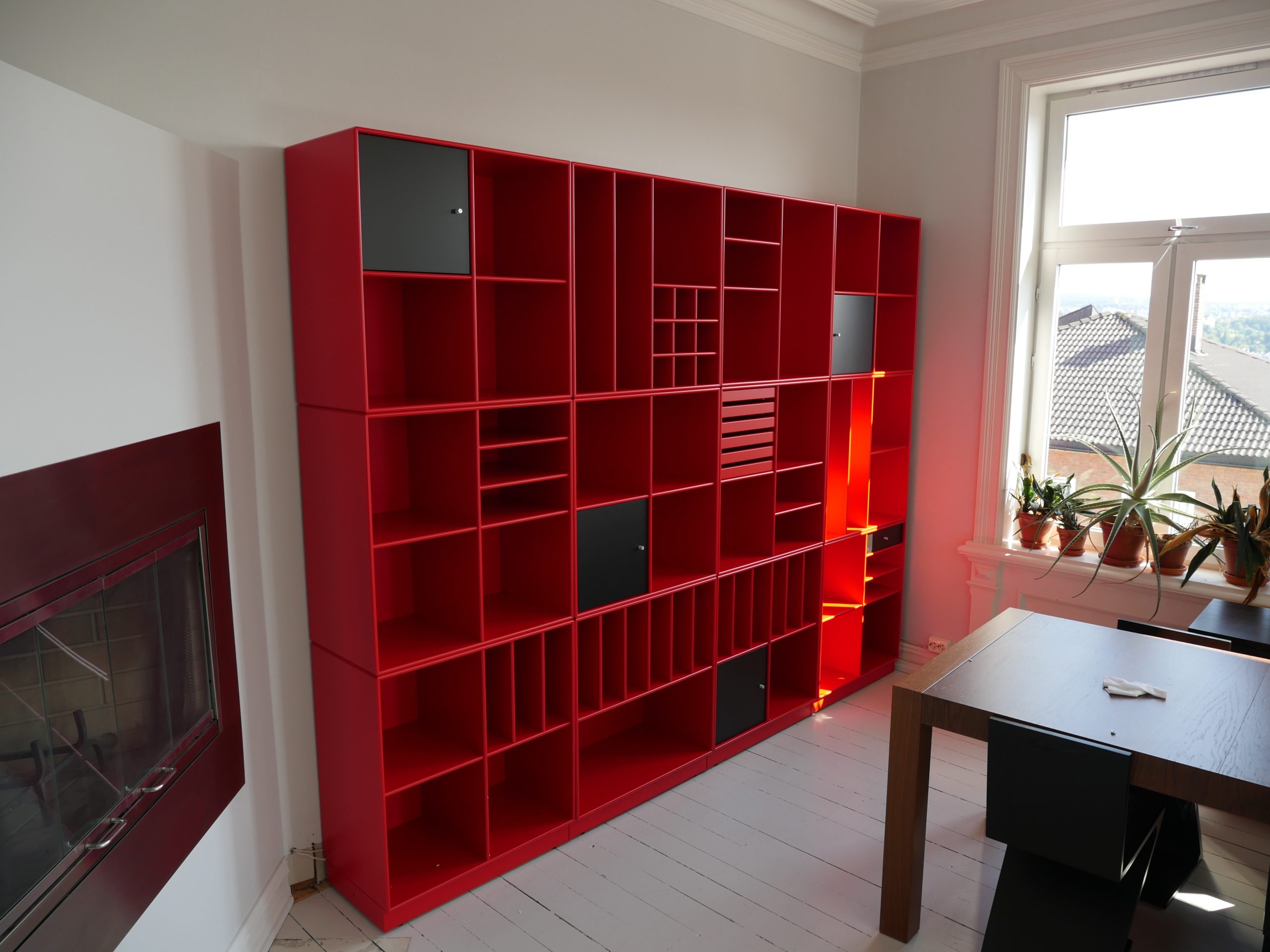 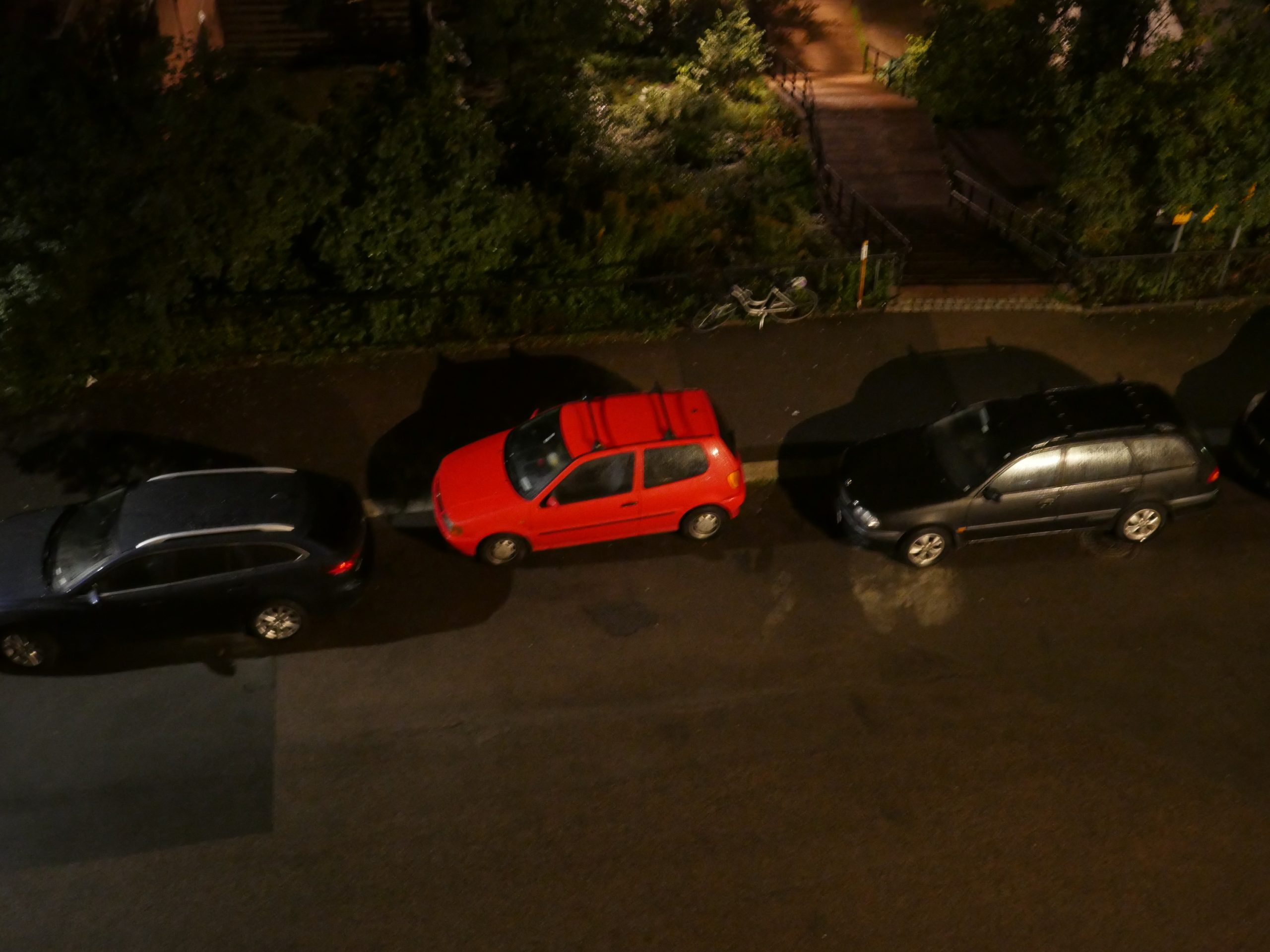 Yes, it’s the same colour as that car down there. 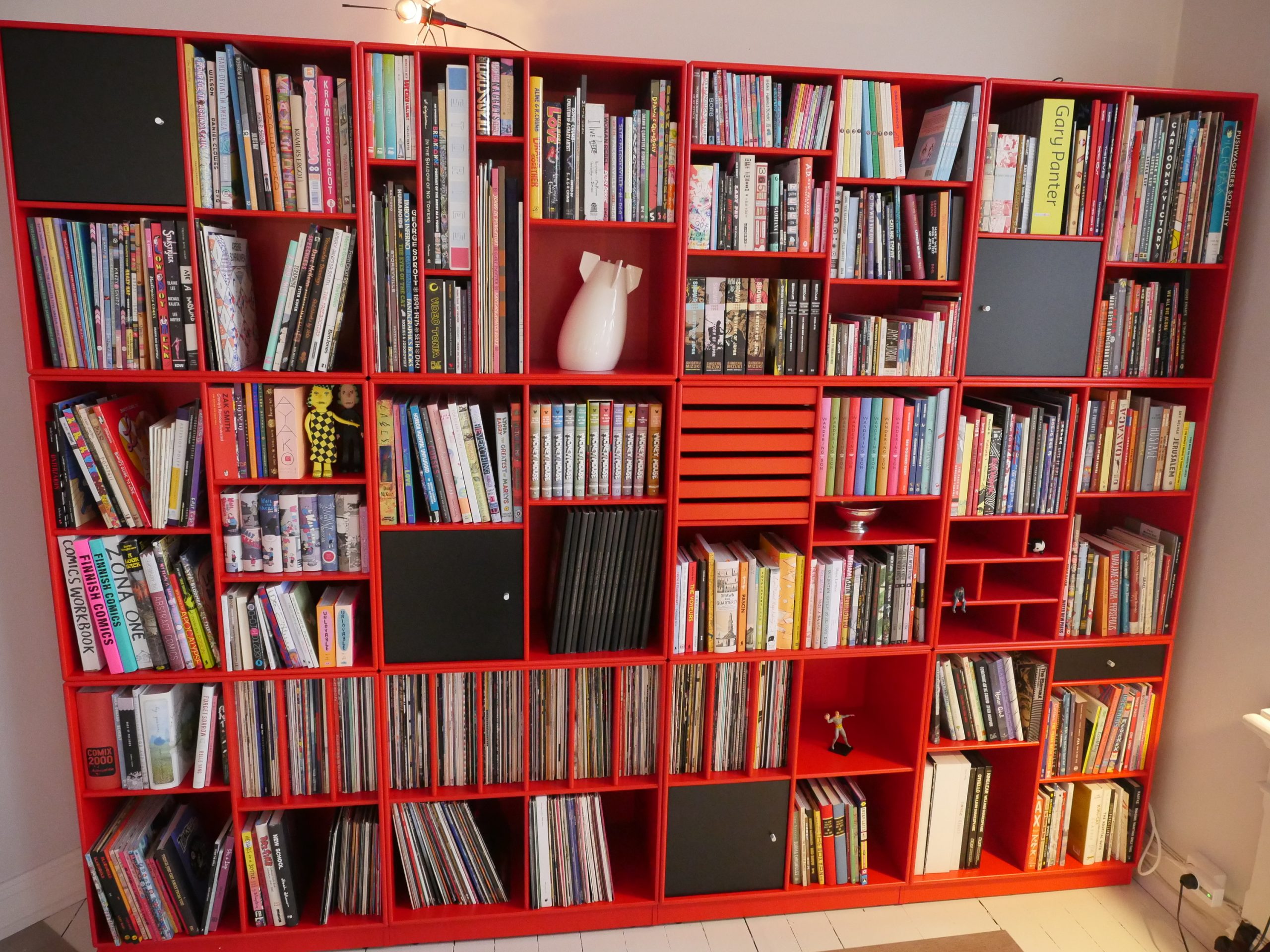 Most of these comics have been living in shortboxes in a cupboard for the last few years, and the problem is, of course, how to select the stuff I want to stare at in the living room. You have to have some kind of system, don’t you? Yes. So I went for… 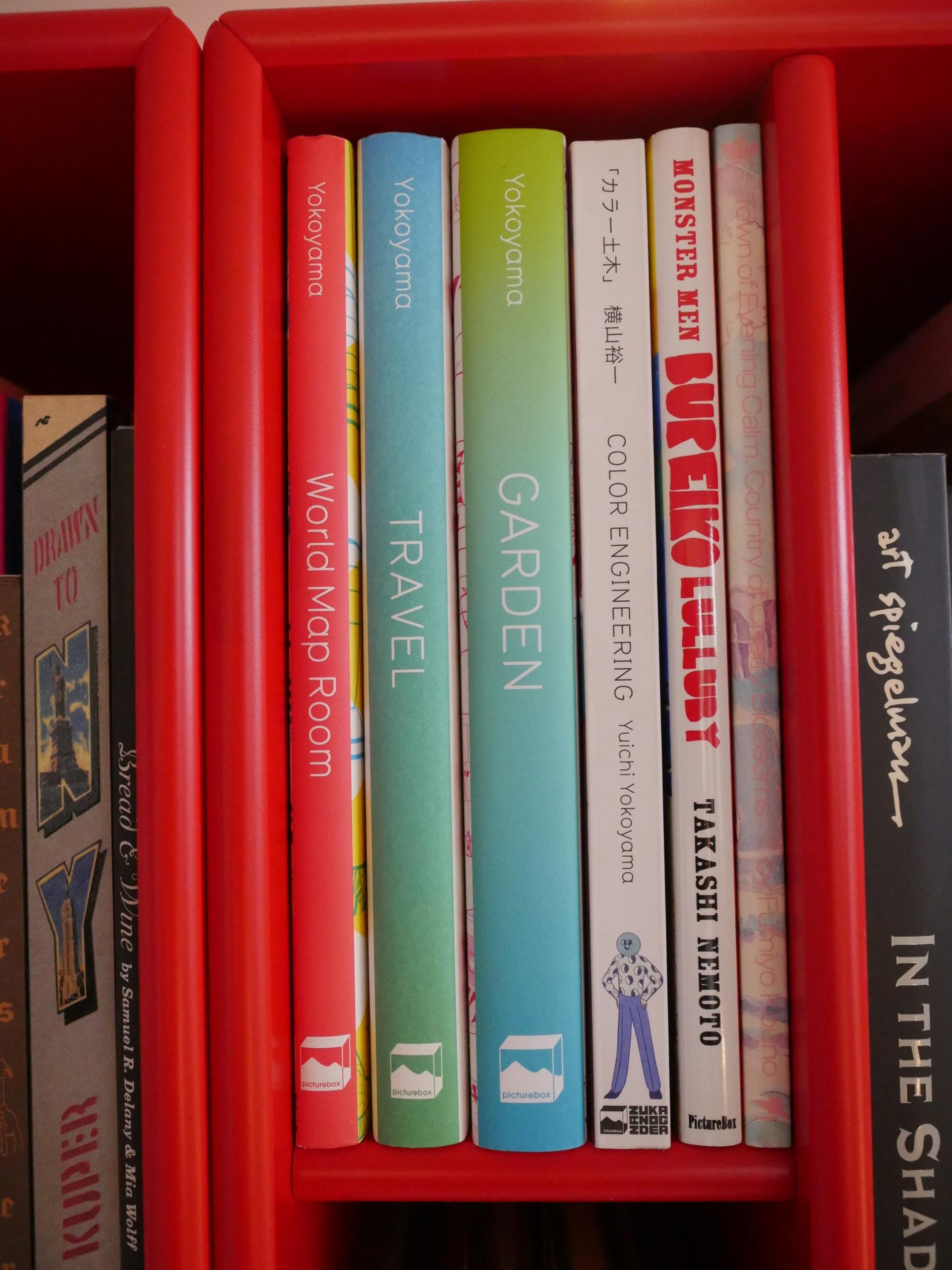 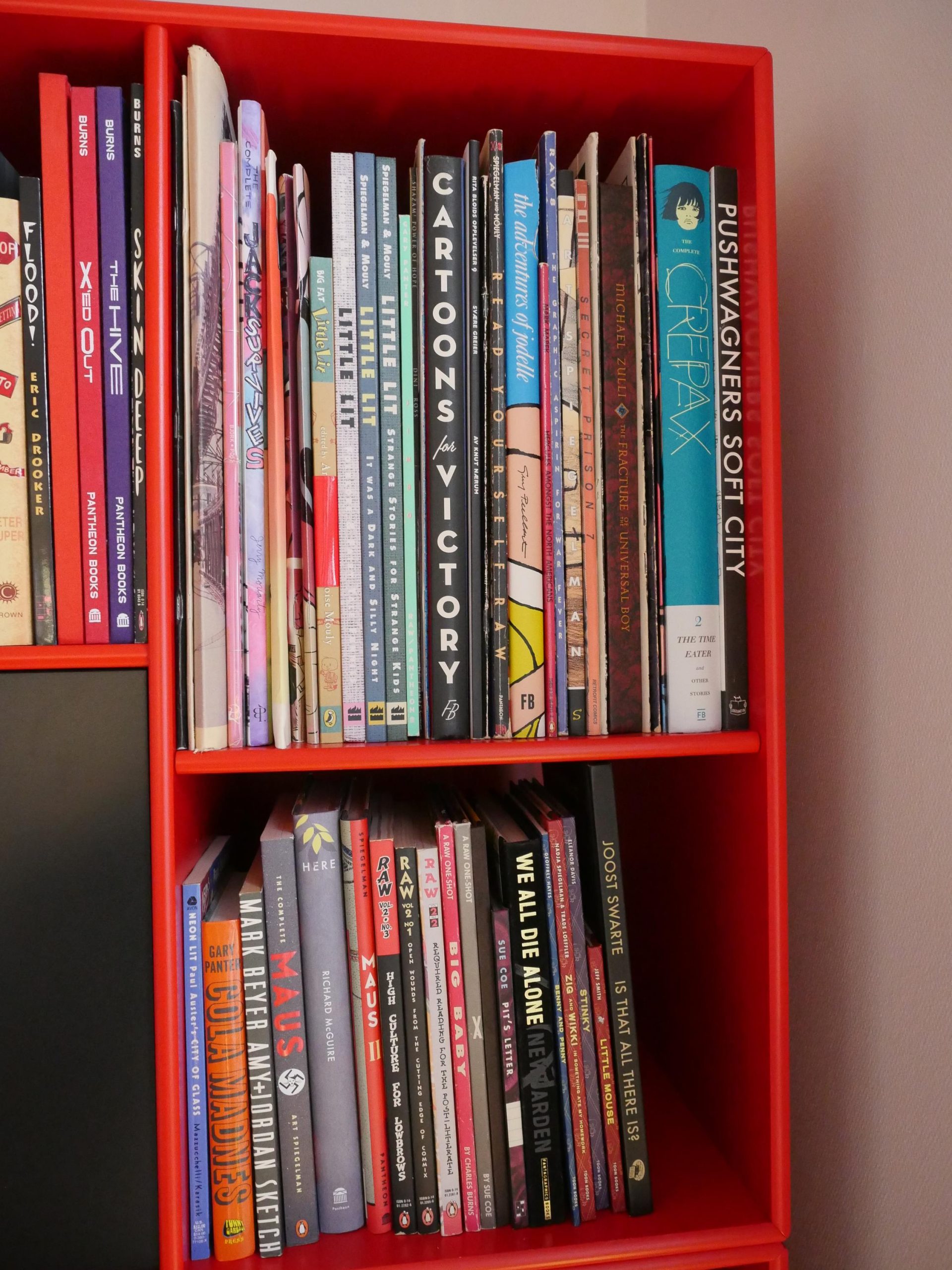 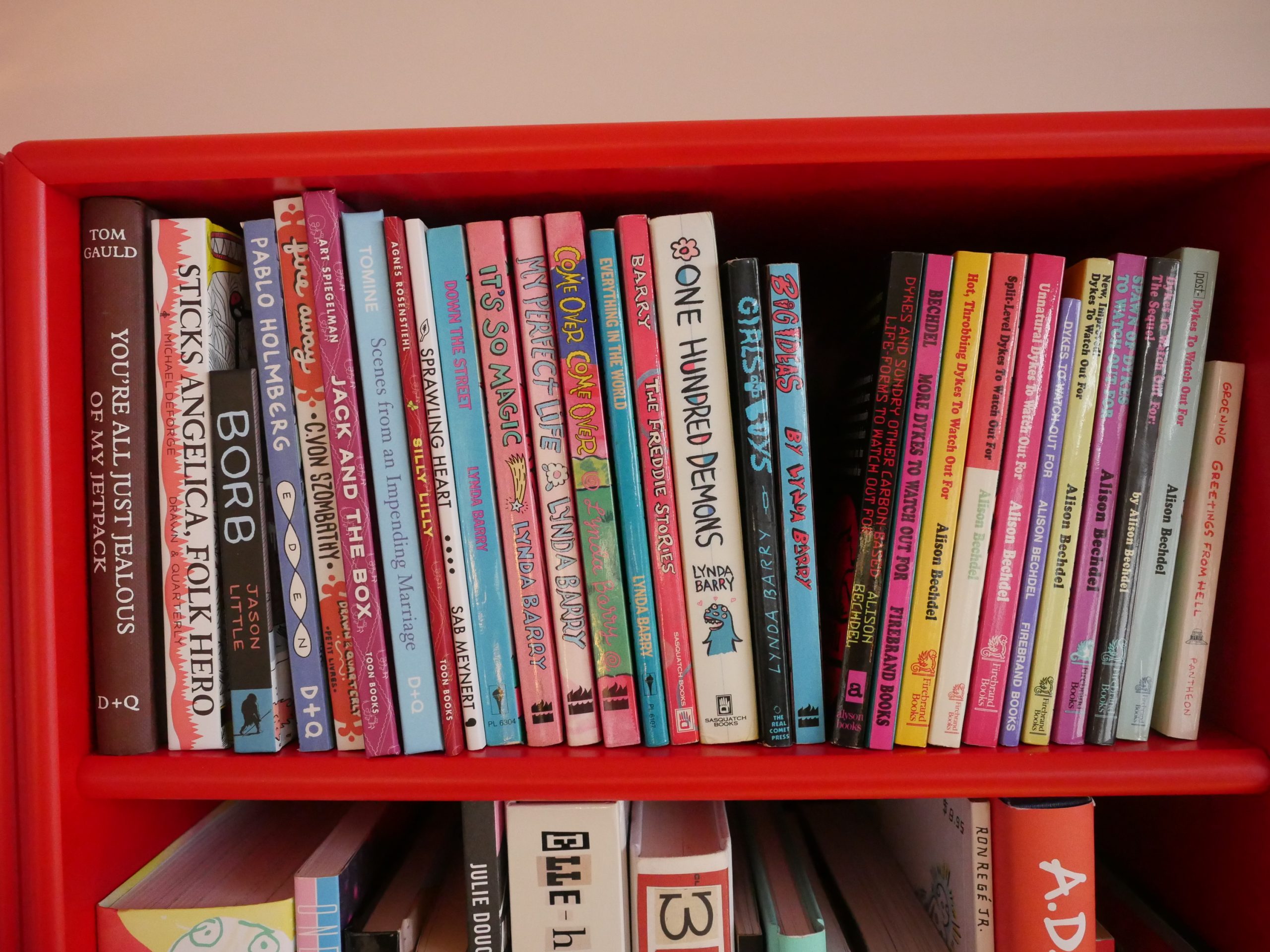 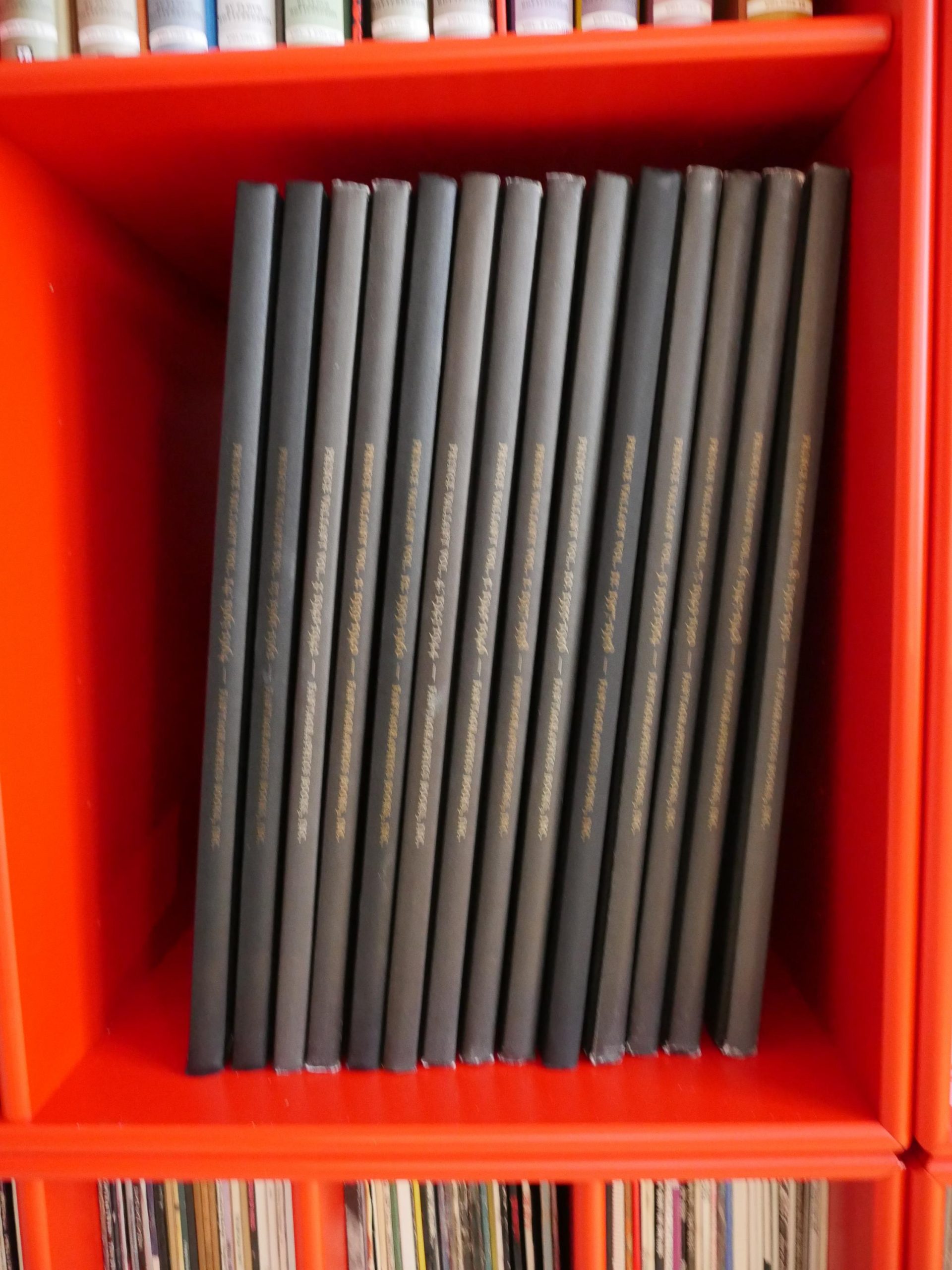 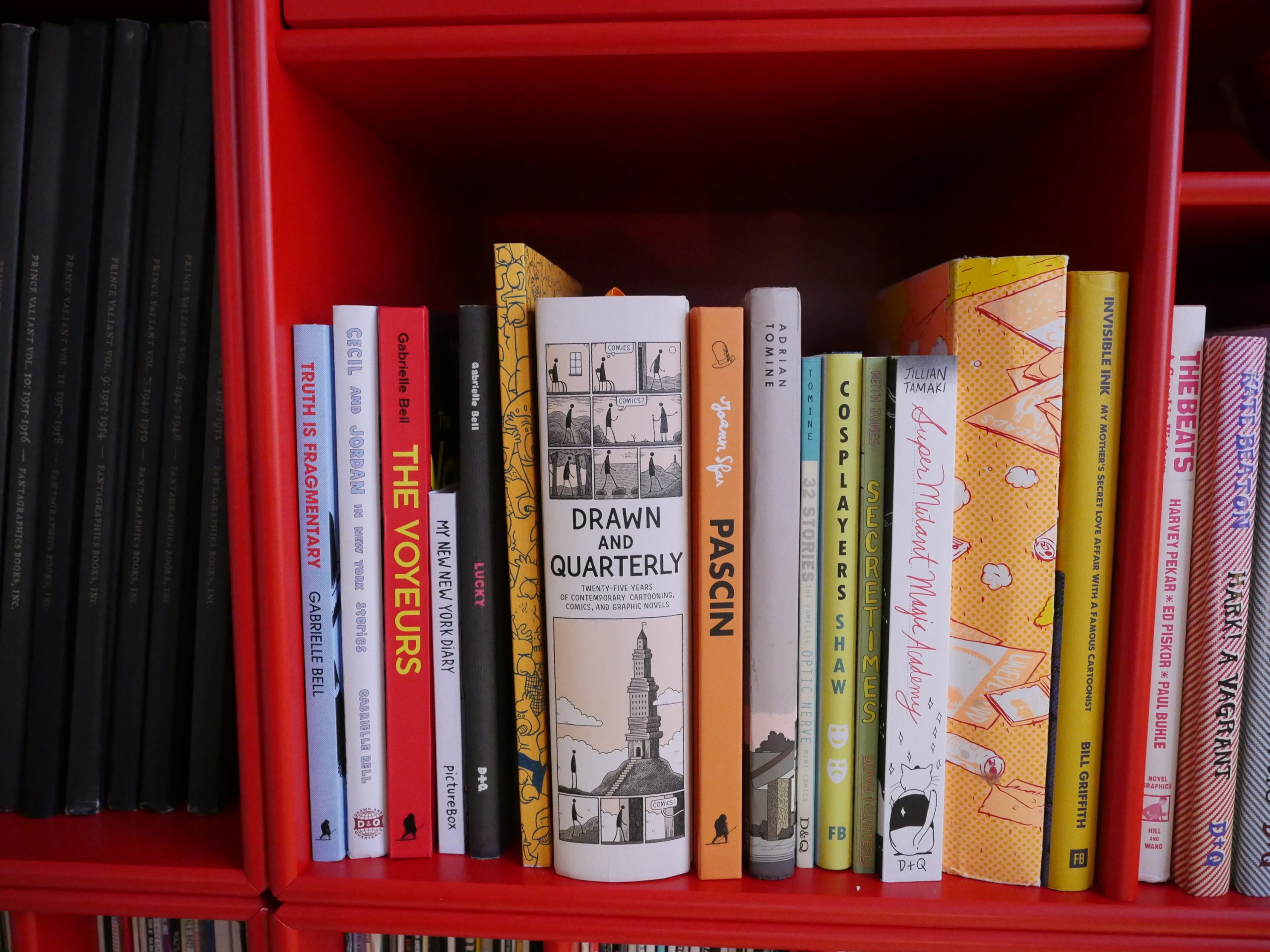 And Drawn & Quarterly, Uncivilized, Picturebox and stuff like that. Leaving most Fantagraphics stuff to languish in the bookcase in the office. 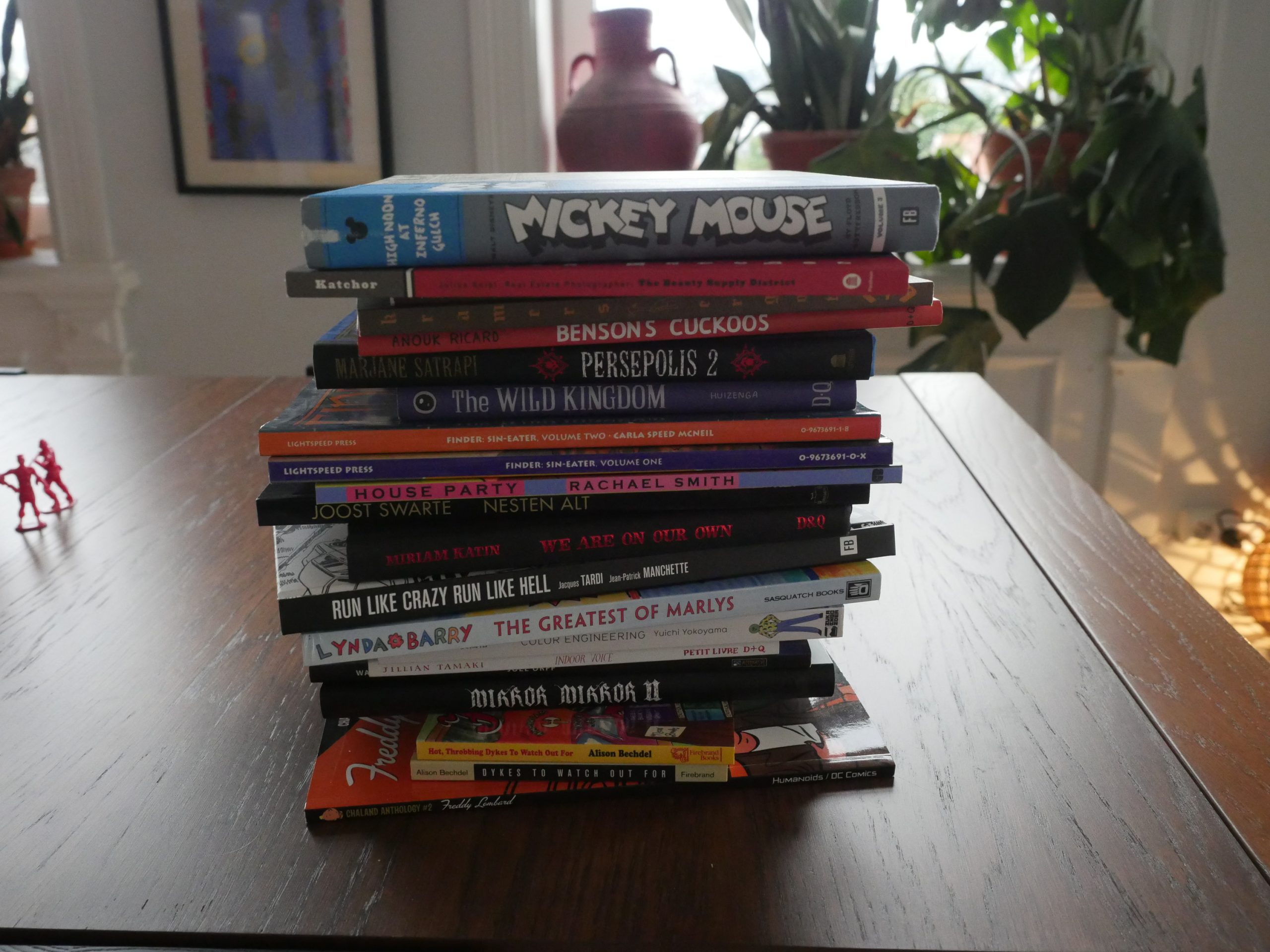 And while rooting and sorting, I inevitably found an entire stack of comics that I’ve bought twice (or more). Does everybody do this? I think I’ll drag them over to the used bookstore.

Since I’m re-buying (and the re-reading without knowing) so many comics, perhaps I should just consciously re-read comics more. And since they’re now prominently displayed within arms reach (I have long arms), perhaps that’s going to happen.