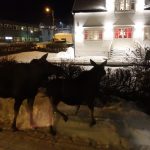 Blinded by the neighbour’s house.

The bird from last year (which might be a fieldfare) moved from outside my bedroom window to outside the living room window. So it’s now chirping its little head off on the other side of the apartment.  Which means more sleep for me.  Yay! But, man, it’s loud… 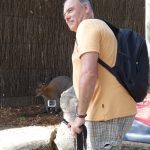 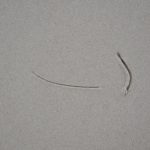 We were walking along the beach and saw lots of these strange shapes… Examining them closer shows that there’s some kind of wee critter making them: A crustacean?  Itsy worm?  Shellfish? Anybody know what these are? 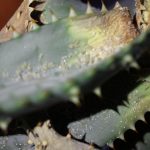 As I’m sure you all remember, in the last terrifying chapter of this story, I found that the white fluff had spread to another room. During the Xmas holidays, I visited my mother.  She’s brilliant with all kinds of plants and stuff, so I showed her the pictures of the aloe armageddon.  She said: “Are … END_OF_DOCUMENT_TOKEN_TO_BE_REPLACED

Every night at 2AM this bird starts chirping outside my window: After a while, it realises that just because it’s getting lighter, it’s not actually morning yet, so it goes back to sleep, and doesn’t get up until 7. But what kind of bird is it?  It makes a lot of varied sounds, and I … END_OF_DOCUMENT_TOKEN_TO_BE_REPLACED 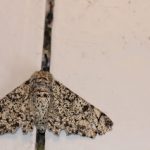 See how cleverly this butterfly, er, moth, er, something has evolved to camouflage itself in the cracks on my floors. It’s just amazing. 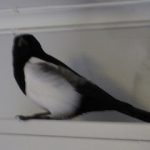 Bird When I came home today, I found a magpie (Pica Pica) sitting on top of my outlet box.  That’s on the fourth floor, so it had flown up the stairs.  Confused bird. Anyway, I thought could just open the window and let it fly out, but it flew on up to the top floor … END_OF_DOCUMENT_TOKEN_TO_BE_REPLACED