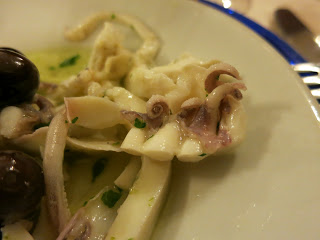 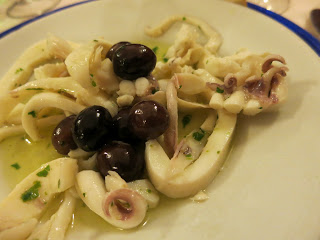 I ordered…  something… as the appetizer at the restaurant tonight.  I’m pretty sure I didn’t expect this tentacle plate to appear, though.  Did I order it?  Was the waiter just having fun?

Anyway, what it is?  It kinda looks like octopus, but not quite.  The tentacles don’t quite look octopussey enough.  And the texture wasn’t squid-ish.  At first I thought it was mozarella.  Then I thought chicken.  Then I thought…  I don’t know.  Anemone?

It was delicious, though.  But mysterious.  Does anybody know what the tentacle platter might have been?

One thought on “Tentacle Mystery”