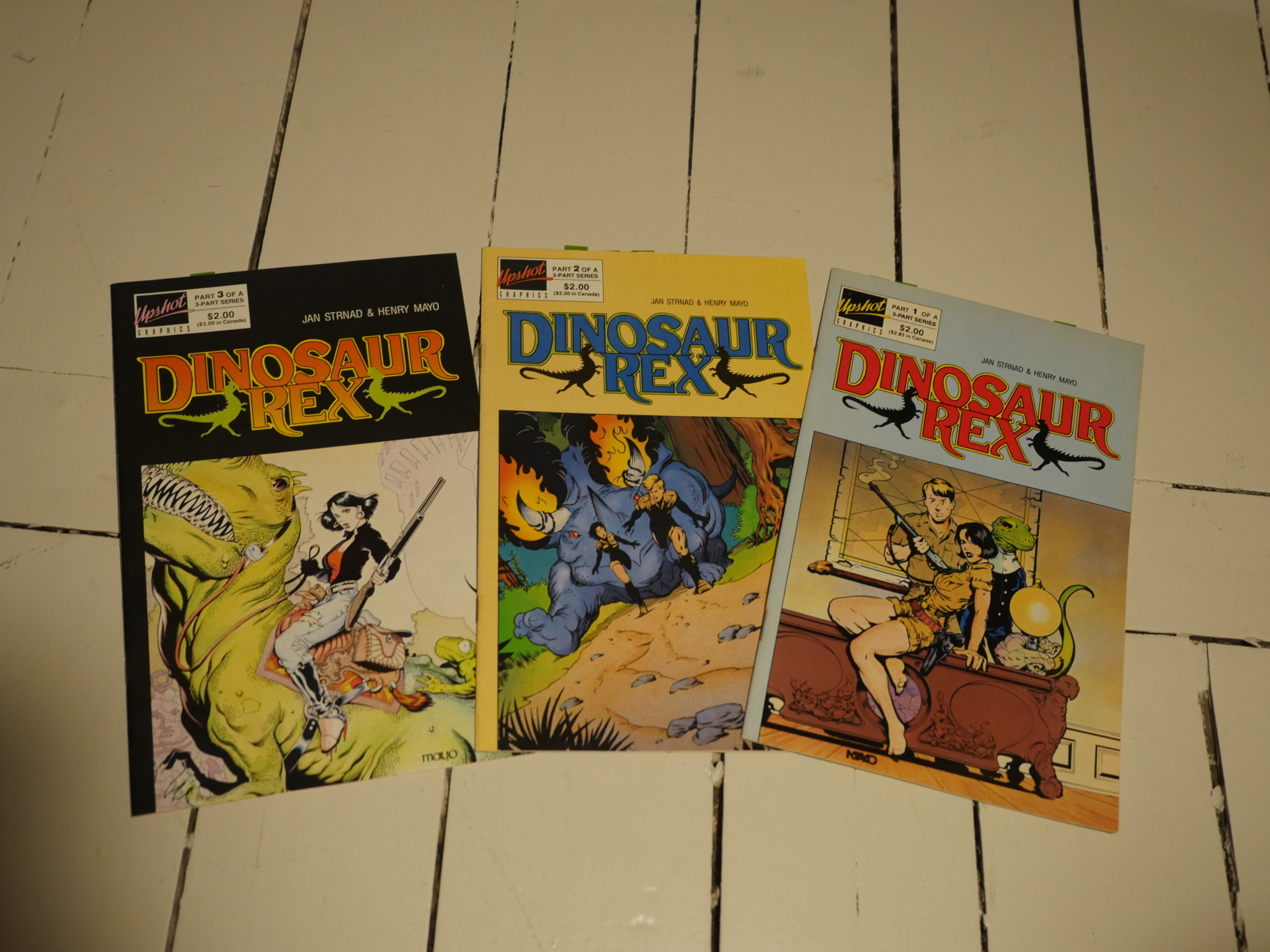 What a fun series.

This is another one of the comics from the Upshot imprint, edited by Jan Strnad.  The imprint was supposed to be action oriented entertainment, I think.

They only managed to publish three series before cancellation (Dalgoda: Flesh and Bones, The Miracle Squad and this one), but at least one more was featured in the ads, although I forget what it was called.  (So research.) 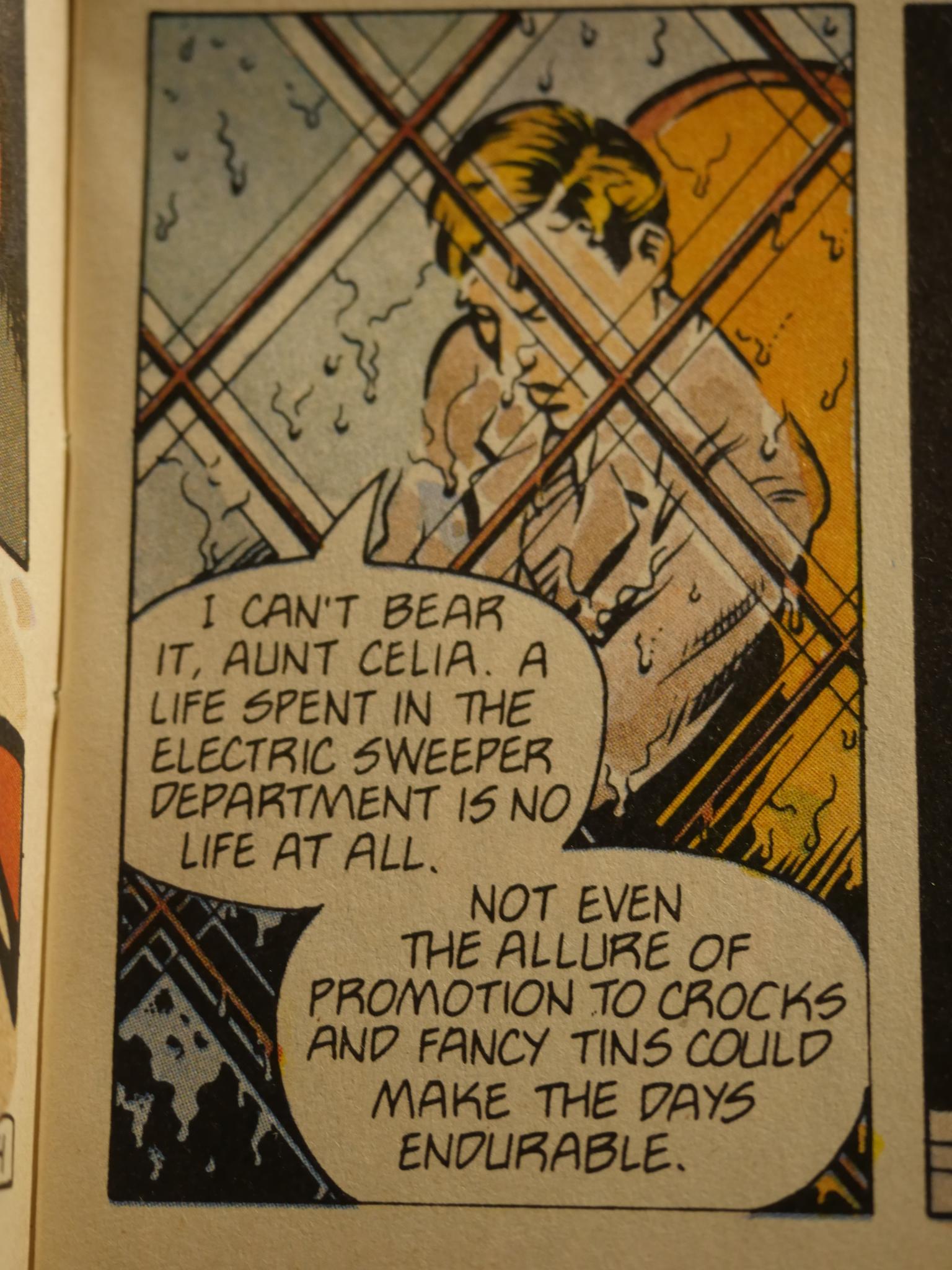 Dinosaur Rex is ostensibly an action adventure series about hunting dinosaurs, but it is, at heart, en hommage to the Jeeves series by PG Wodehouse. Above we have Wooster. And it’s very amusing. 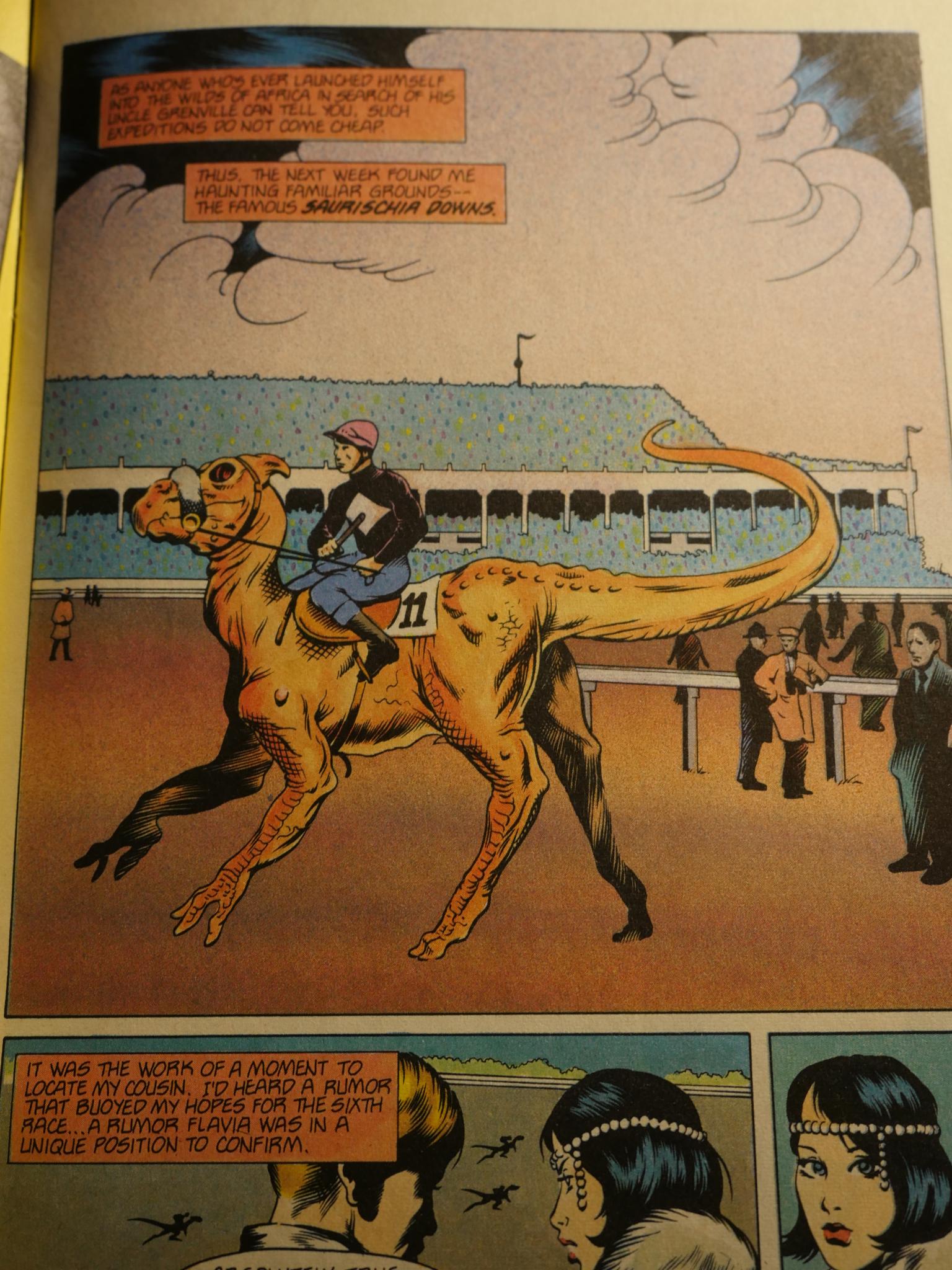 Henry Mayo’s artwork is quite well suited for this type of thing, too. It has an old-fashioned kind of sheen, reminding me a bit of 70s artists doing versions of Al Williamson. He does leave quite a bit of open space that colourist Tom Luth fills in ably. 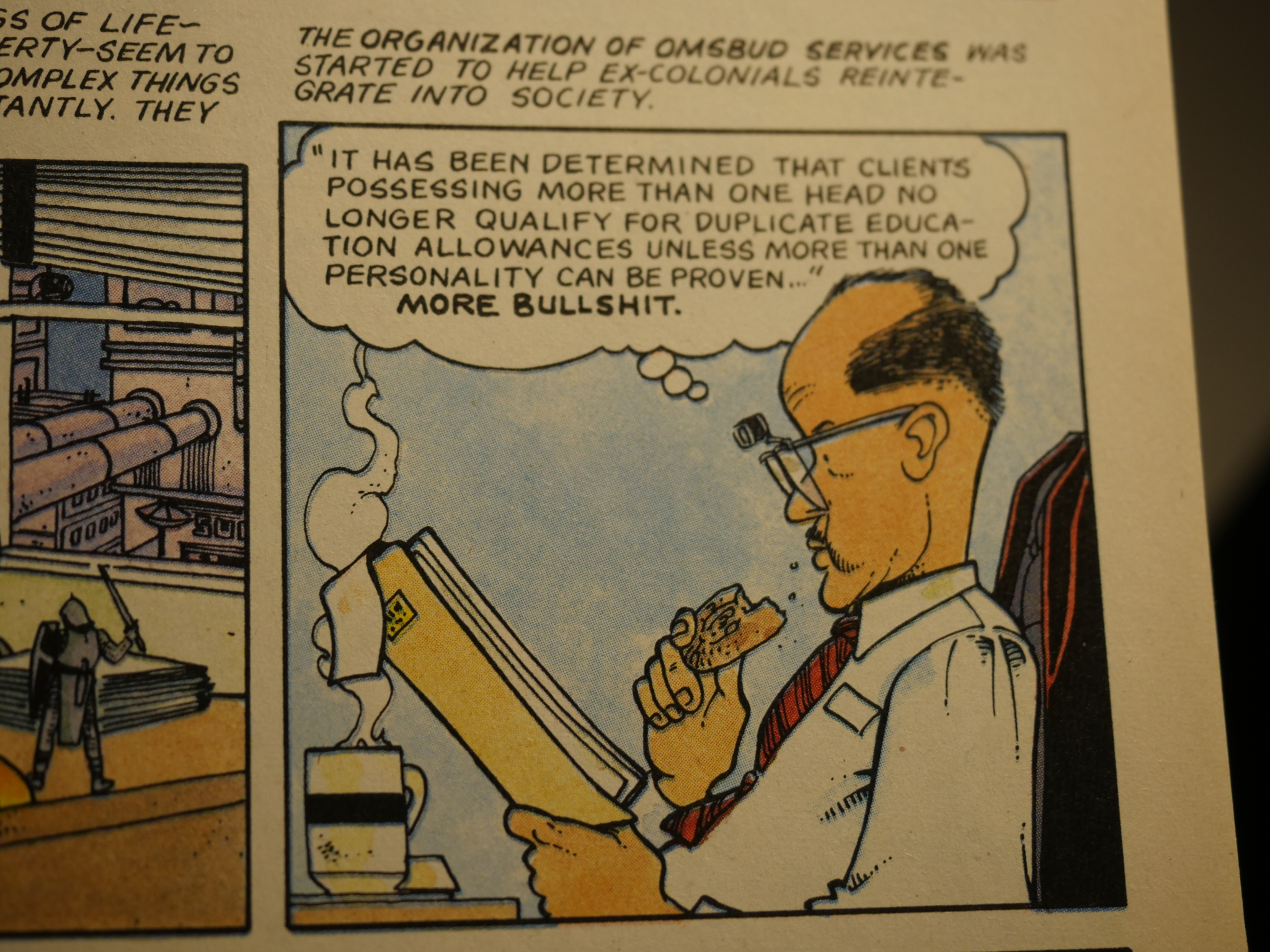 The backup feature in all three issues is a story by William Messner-Loebs and Dennis Fujitake that seems to be another homage: This time to Keith Laumer and Retief. It’s about a bureaucrat who has to deal with an invasion of (yes) dinosaurs. Weirdly enough, Jan Strnad’s next project would be to adapt Retief for comics, so some synergy was going on here…

And, as always, I adore Fujitake’s artwork. All his people look like aliens and all his aliens look like people, so it all just works so well on the page. 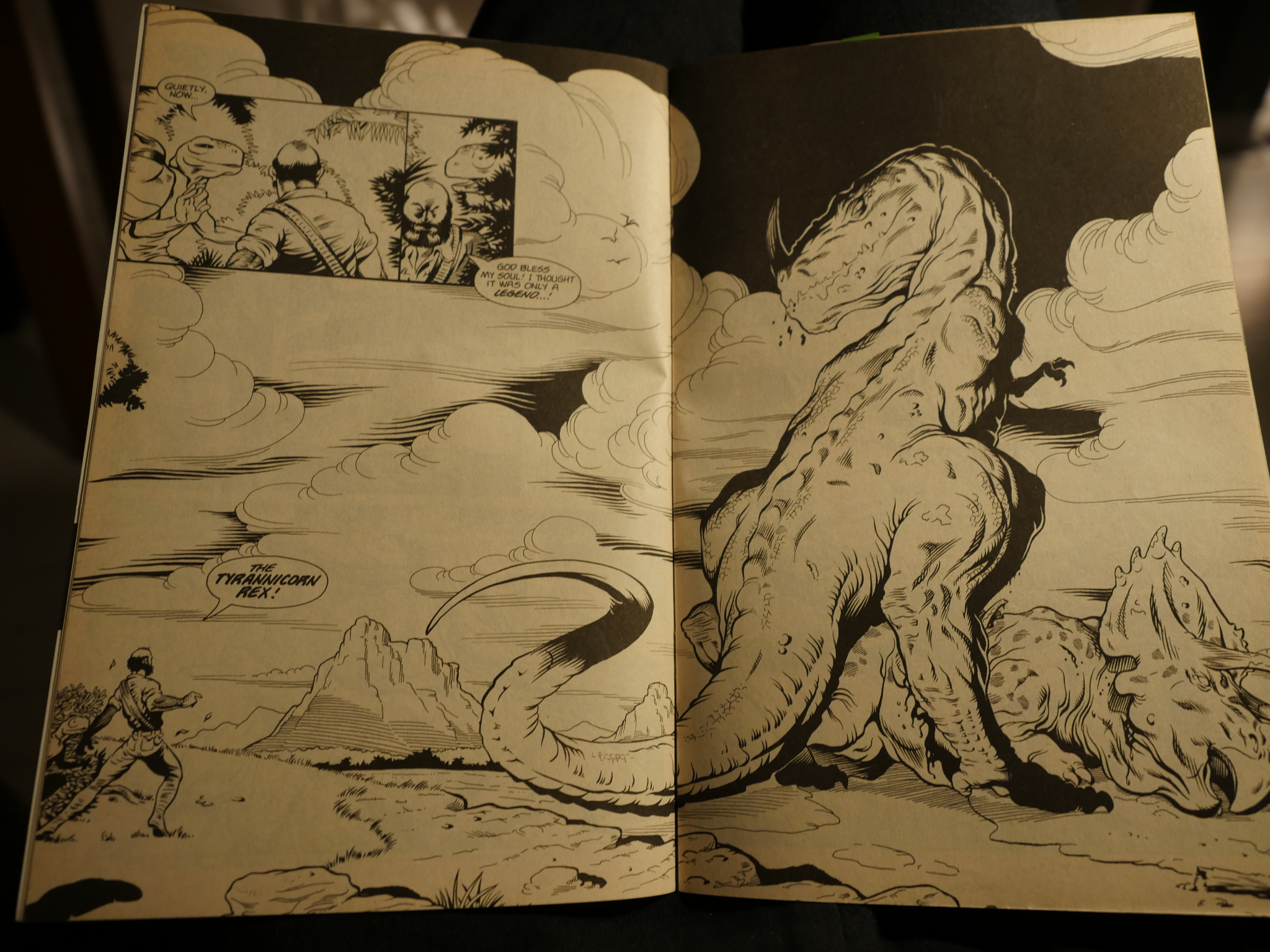 The last two issues are in black and white. Mayo adapts his artwork substantially to the new format: It becomes more detailed, and has more shading and more solid blacks. I think it looks even better than in colour… more stark and moulded. 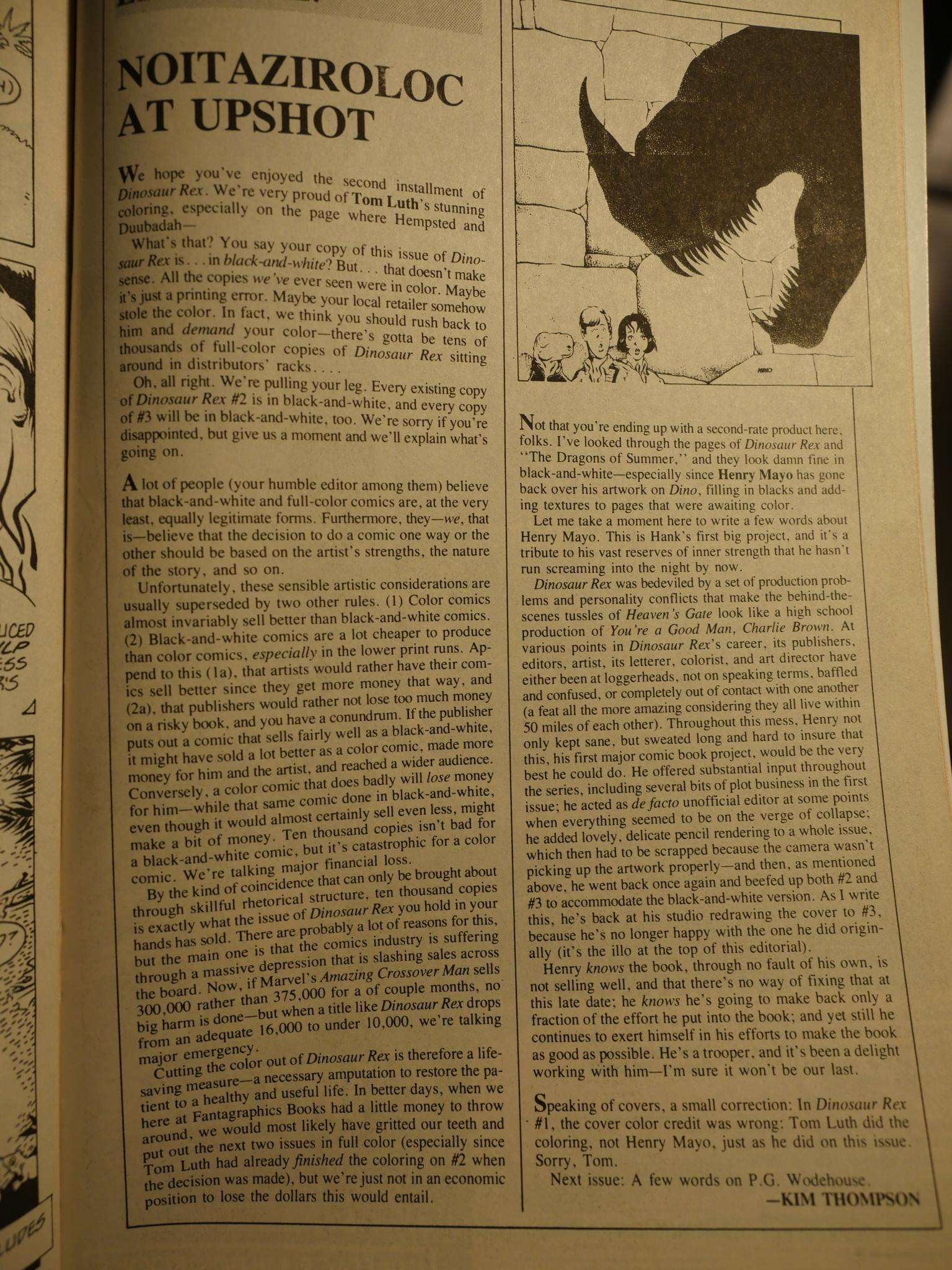 Kim Thompson takes over as the editor (from Jan Strnad) this issue, and explains (at length) why the book dropped the colour (sales), and hints at why he’s taken over as editor (personal falling out between Strnad and… people?). 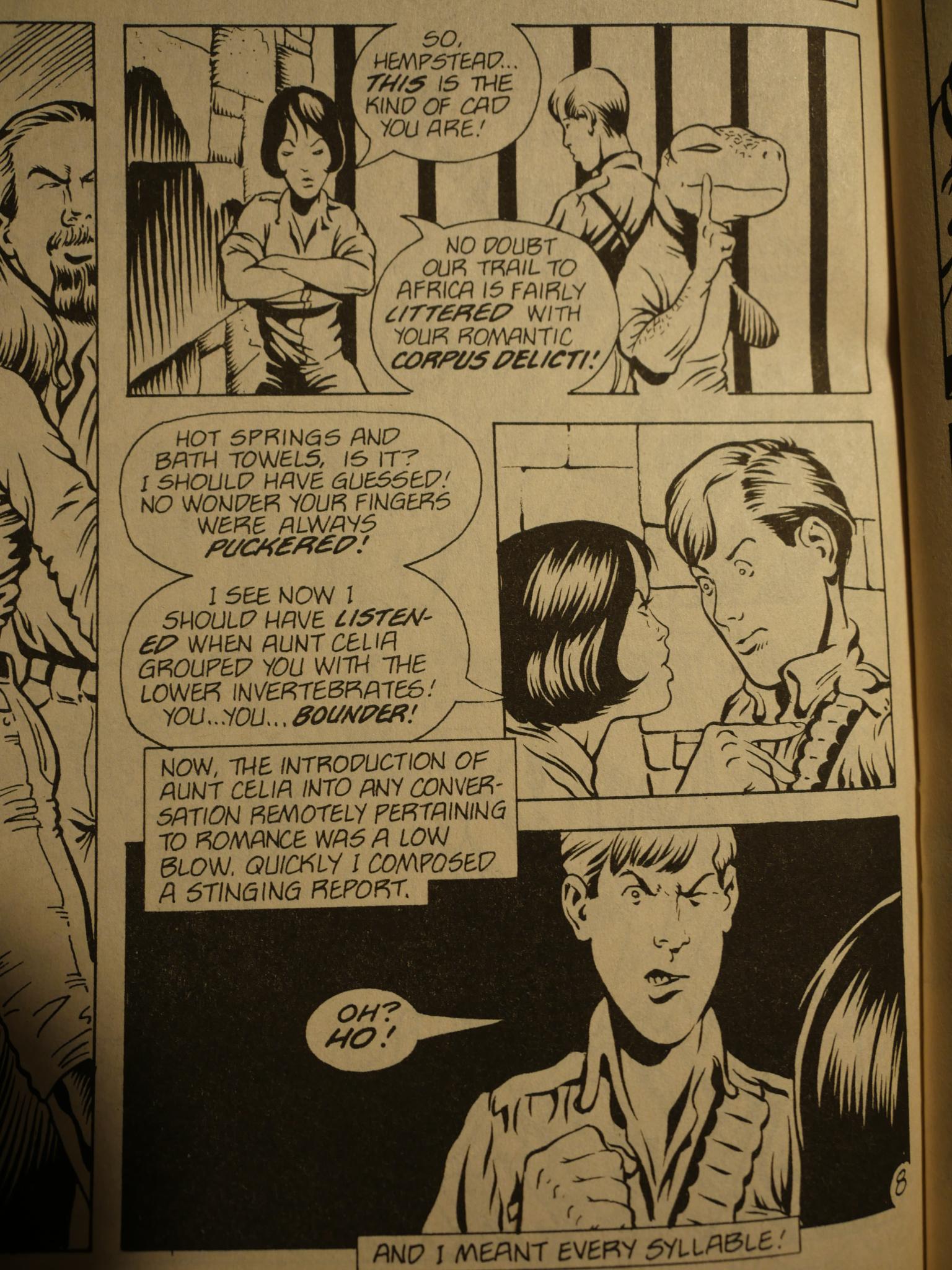 The Wodehousian hi-jinx aren’t much affected by the behind-the-scenes drama.

Both the main feature and the backup feature reach their very satisfactory conclusions in the third and final issue.

Somebody should reprint both stories somewhere, because they’re very funny. Finding a venue might be difficult, but isn’t everything digital these days? Huh? Where’s my lawn?