The Miracle Squad #1-4 by John Wooley and Terry Tidwell. 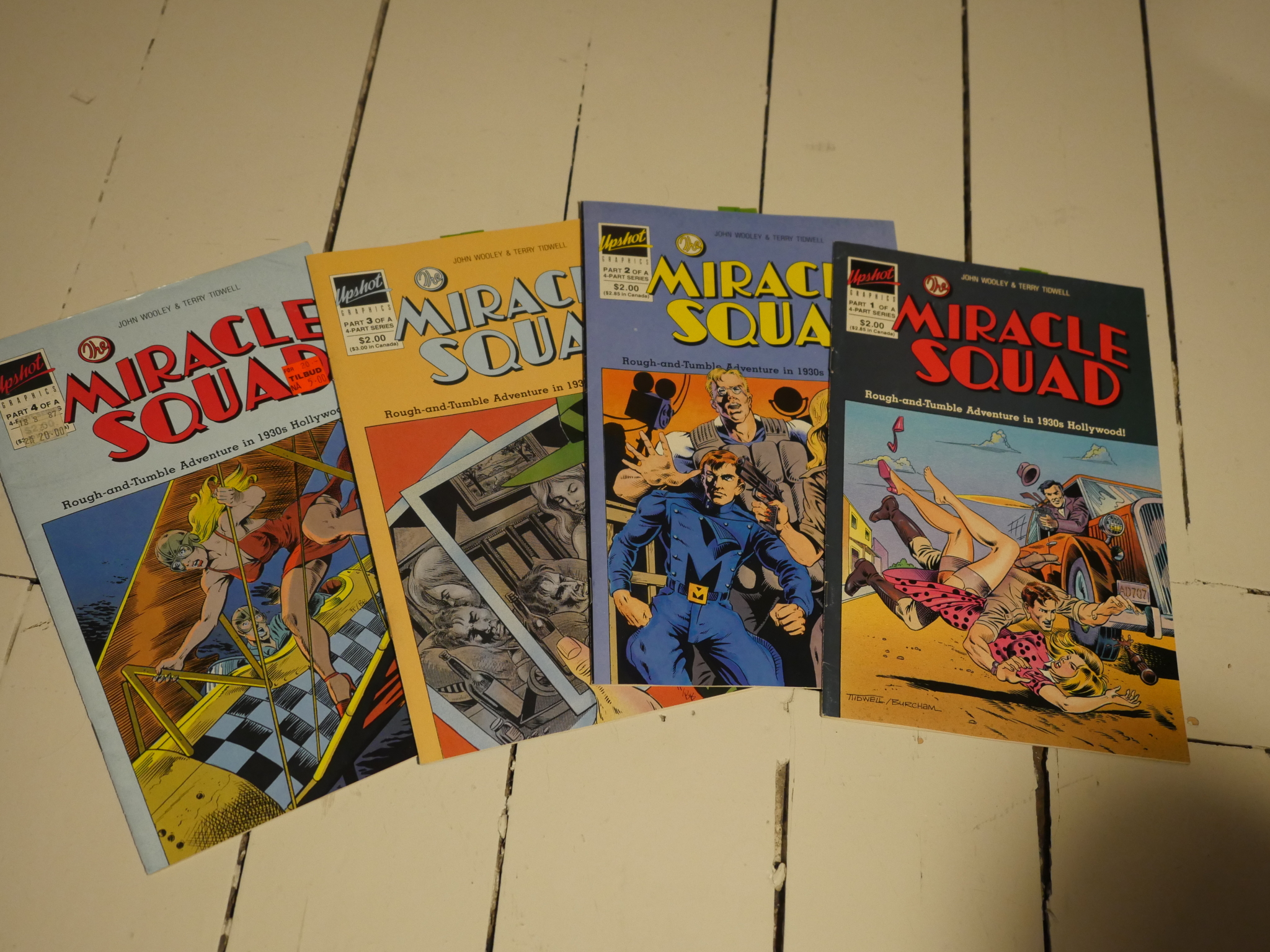 This comic book was part of the Jan Strnad-edited Upshot line of comics, which didn’t last very long. And this was, I think, the only one that Strnad didn’t write himself. 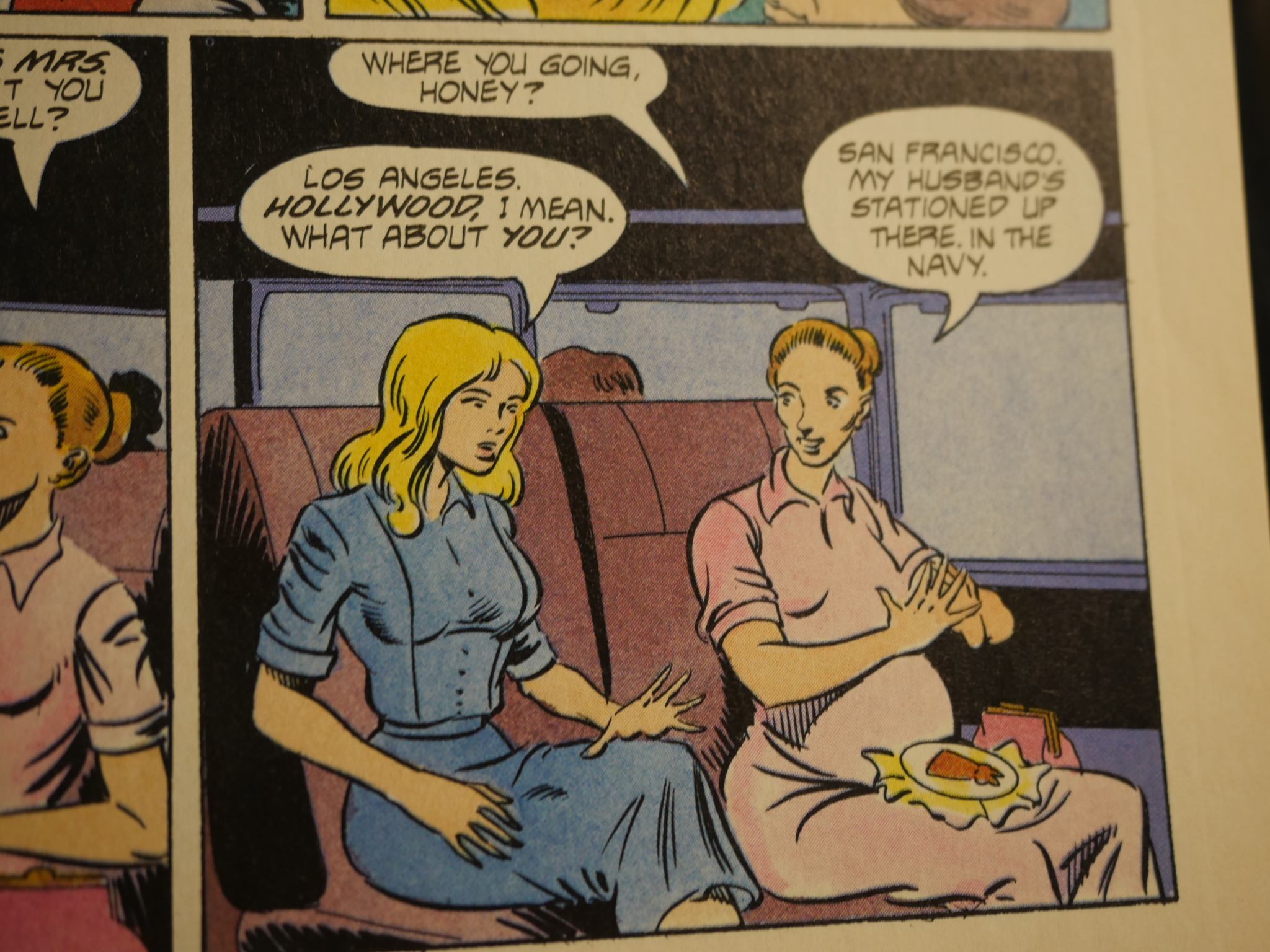 It’s in colour, which I guess means that Fantagraphics thought that this 30s B-movie inspired series would sell. Reading it now, it’s difficult to understand why that is: The story (about gangsters inexplicably trying to take over a movie studio) isn’t very exciting, and the artwork is… basic? I think that’s the right word. 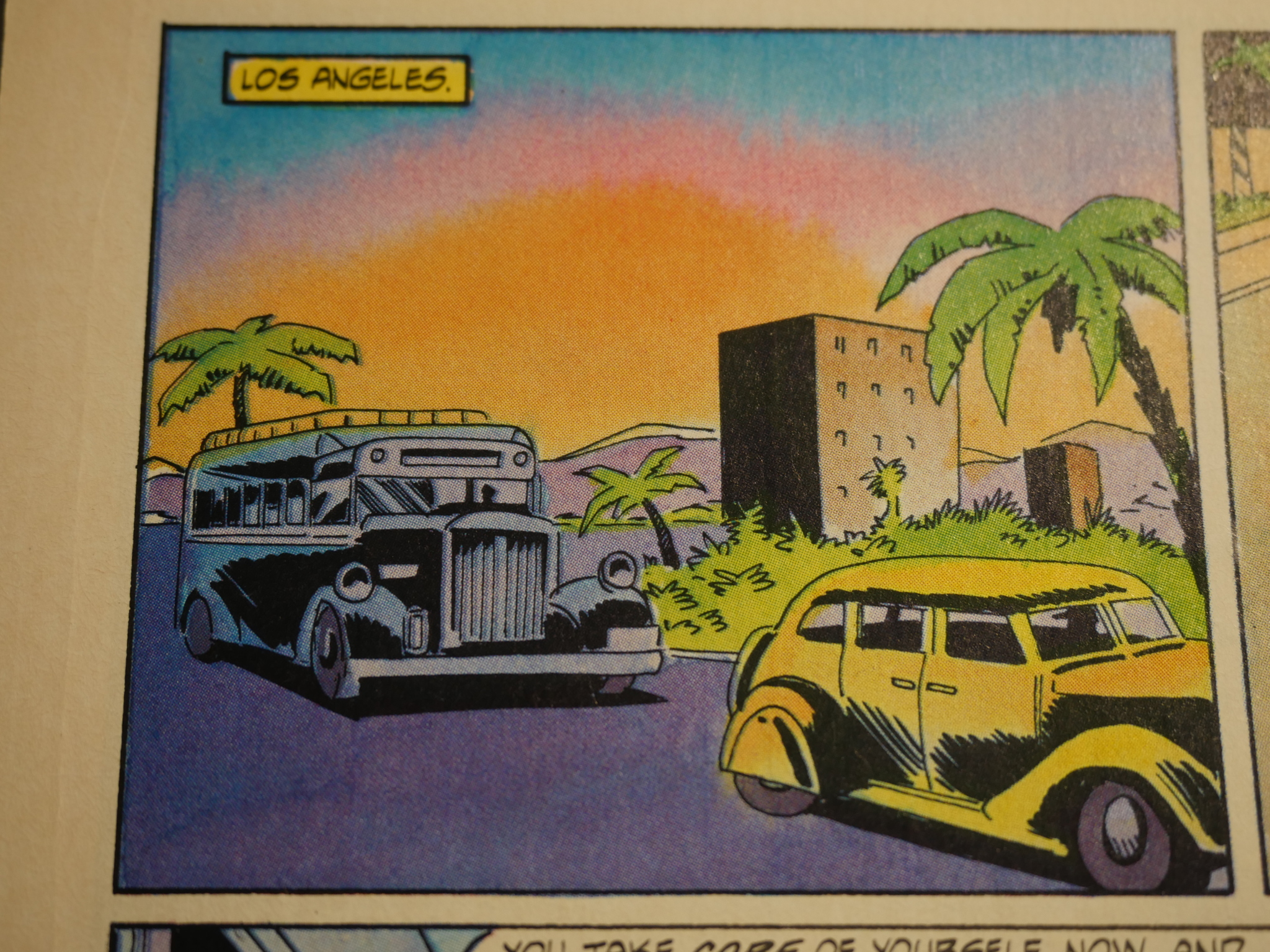 The colouring, by Tom Luth (who’s been colouring Groo the Wanderer all these years) isn’t as trippy as some comics Fantagraphics were publishing around this time, but it’s still slightly odd. Perhaps it’s the work of the colour separators, S*M Graphics? 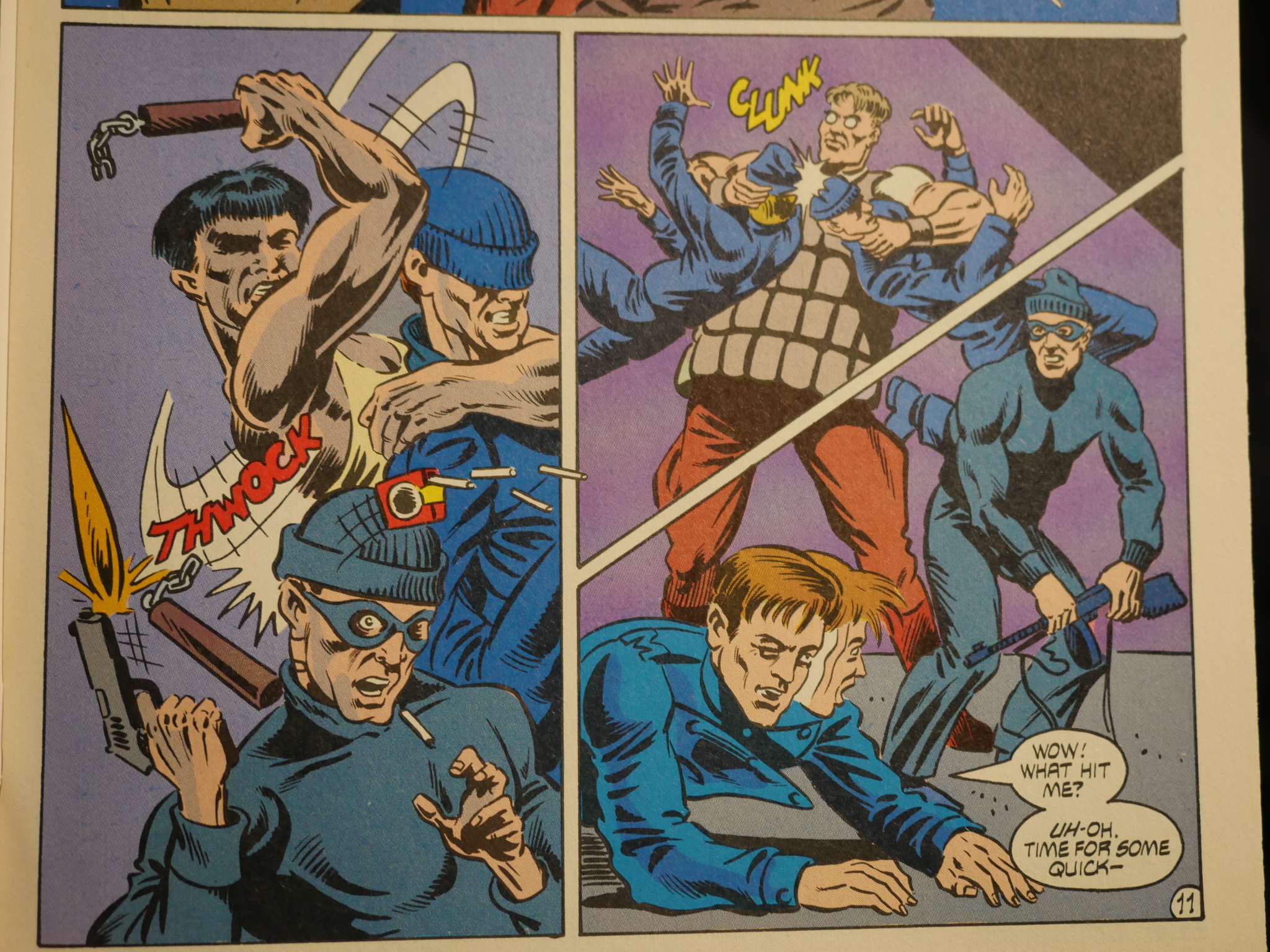 Oh, yeah, the people who work at the studio help protecting the studio. Frankly, the storyline doesn’t make much sense, but, then again, as Wooley writes in the essays on b-movies in the back of each issue, that’s what those films were like.

But I bet you they weren’t this boring. 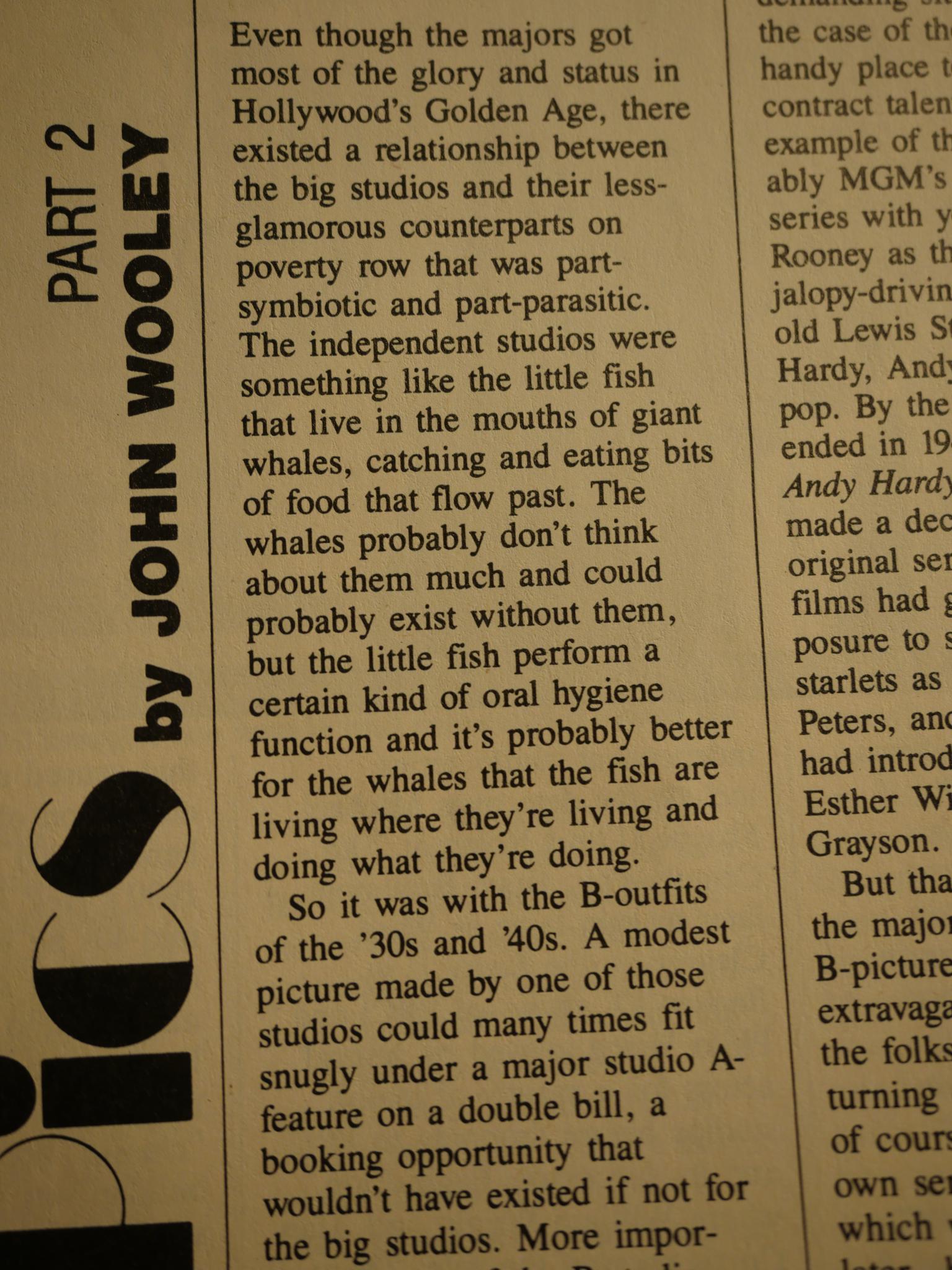 The essays are kinda interesting, but there’s too much of the stuff above. C’mon. 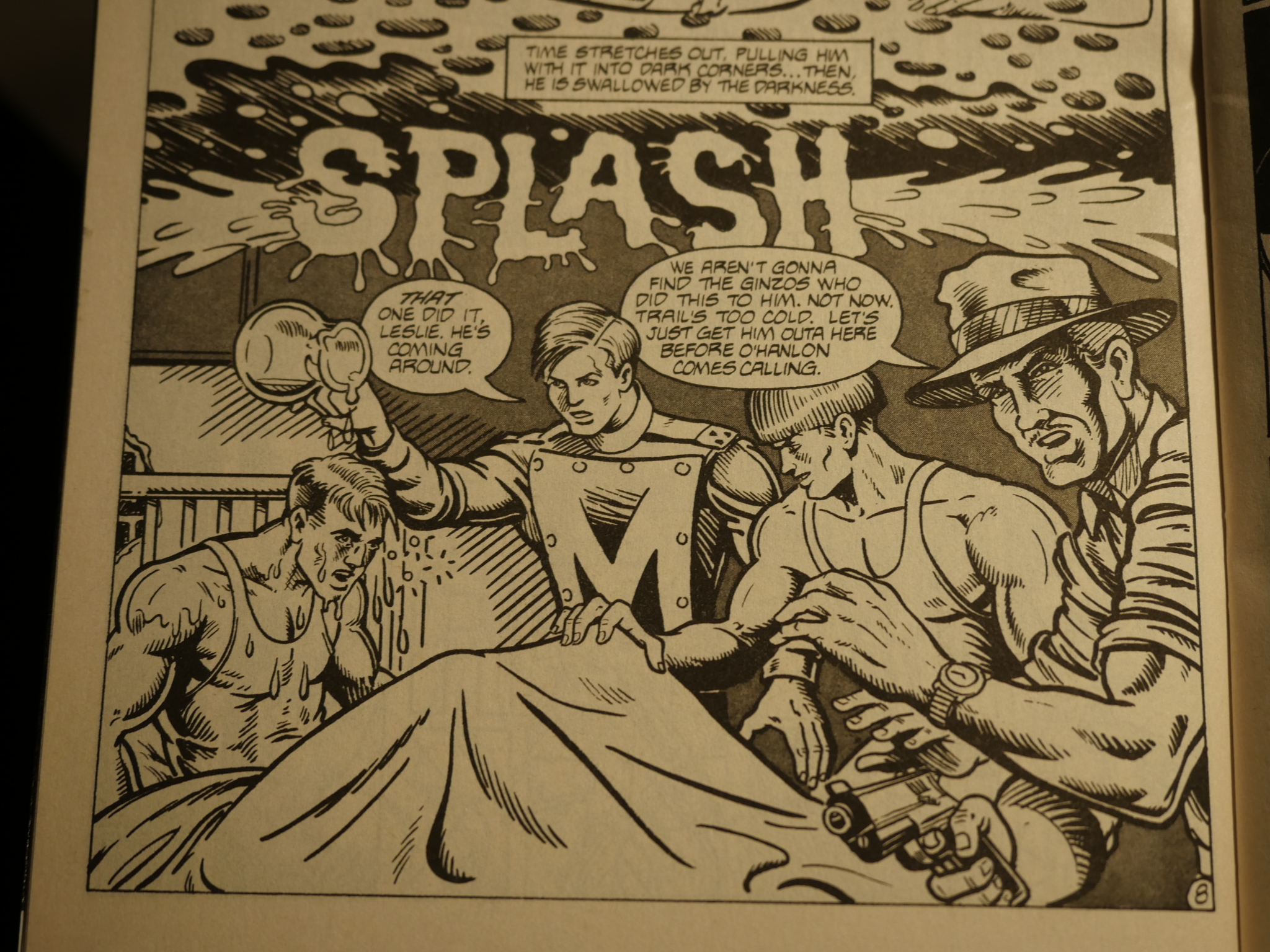 The last two issues were printed in black and white, so I guess the series didn’t sell after all. Whoda thunk. Gary Dumm (of American Splendor fame) took over the inking, which beefed up the art considerably.

A second series of this stuff was published by Apple Press. Tidwell seems to have done quite a bit of work for adjacent publishers, like Eternity, but apparently stopped doing comics after a while. And the same with Wooley, but he’s now a writer.