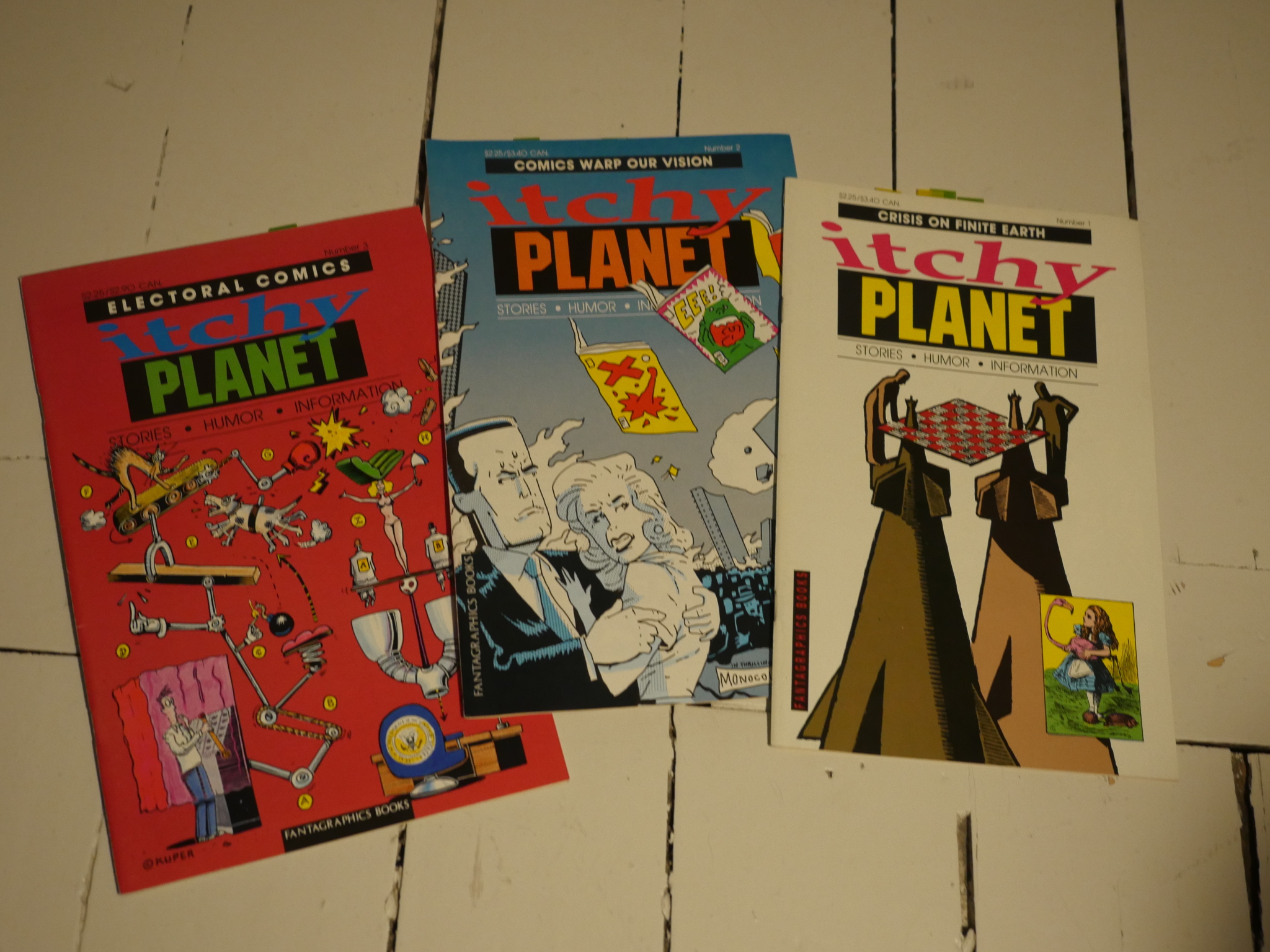 Leonard Rifas published a number of comics in the 70s under the Edu Comics banner, and Itchy Planet continues pretty much in that vein: Informative pieces and political agitation. 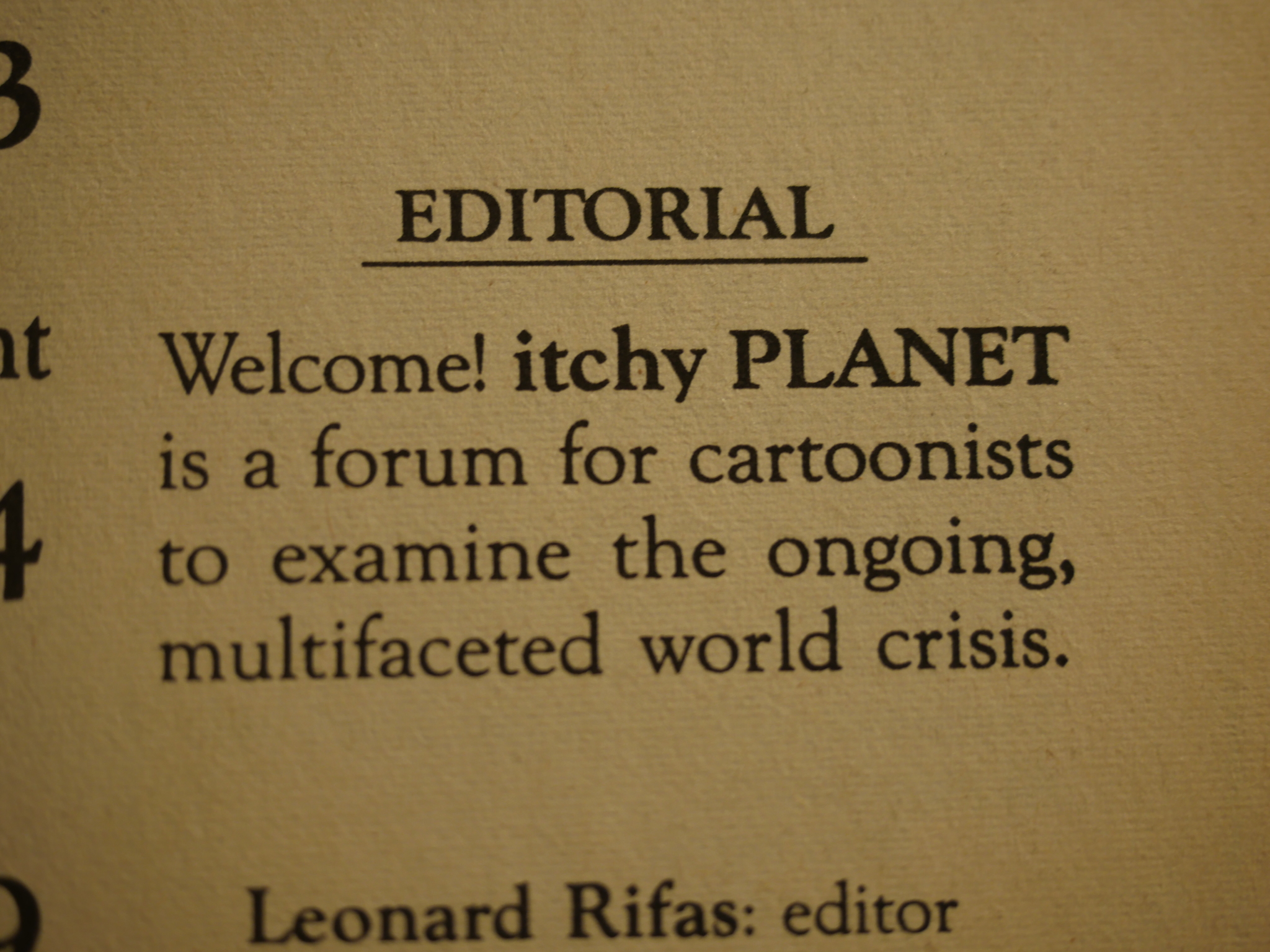 There’s even a motto. 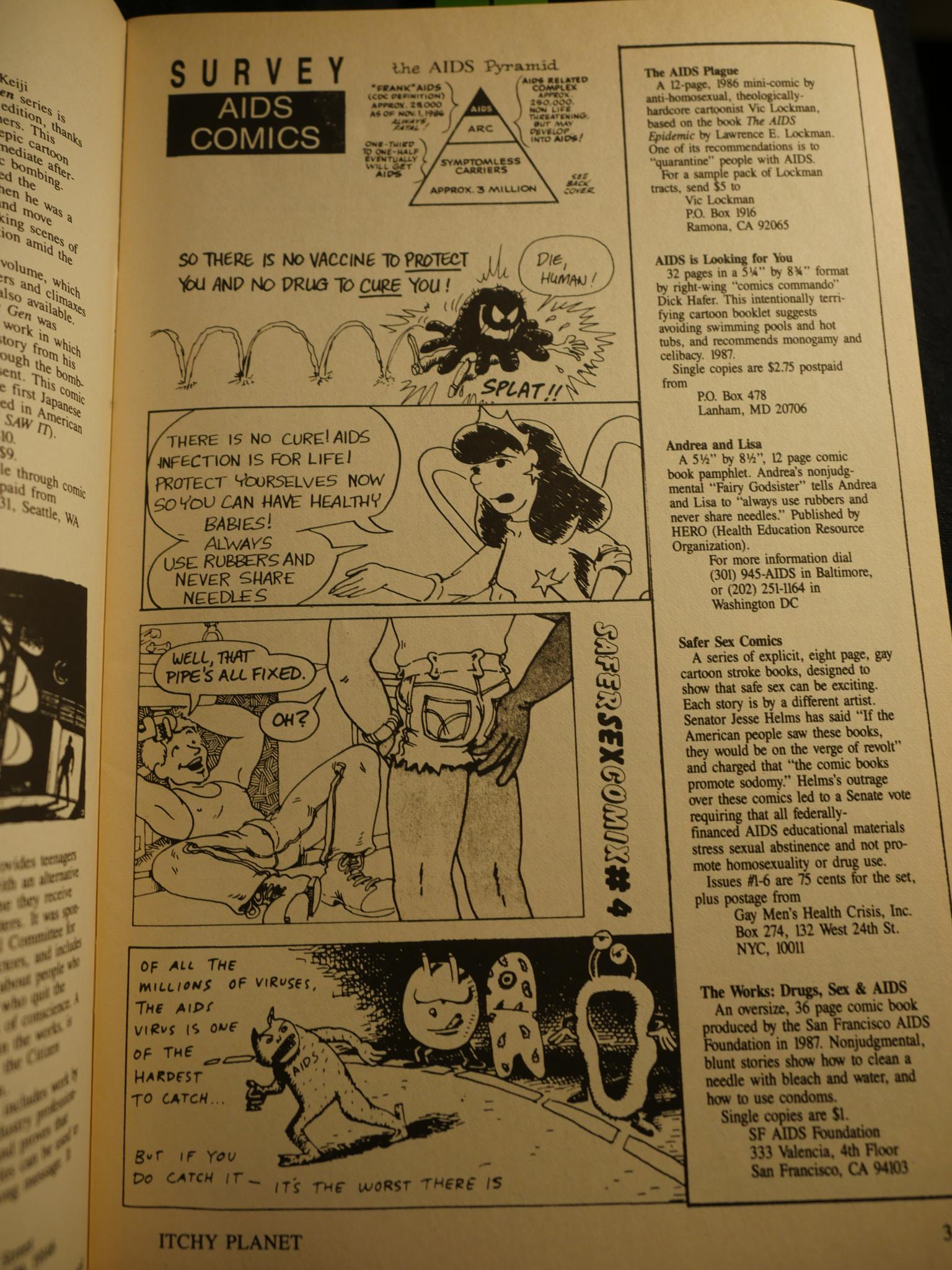 So you have reviews, text pieces and things like this page: A survey of comics about AIDS. 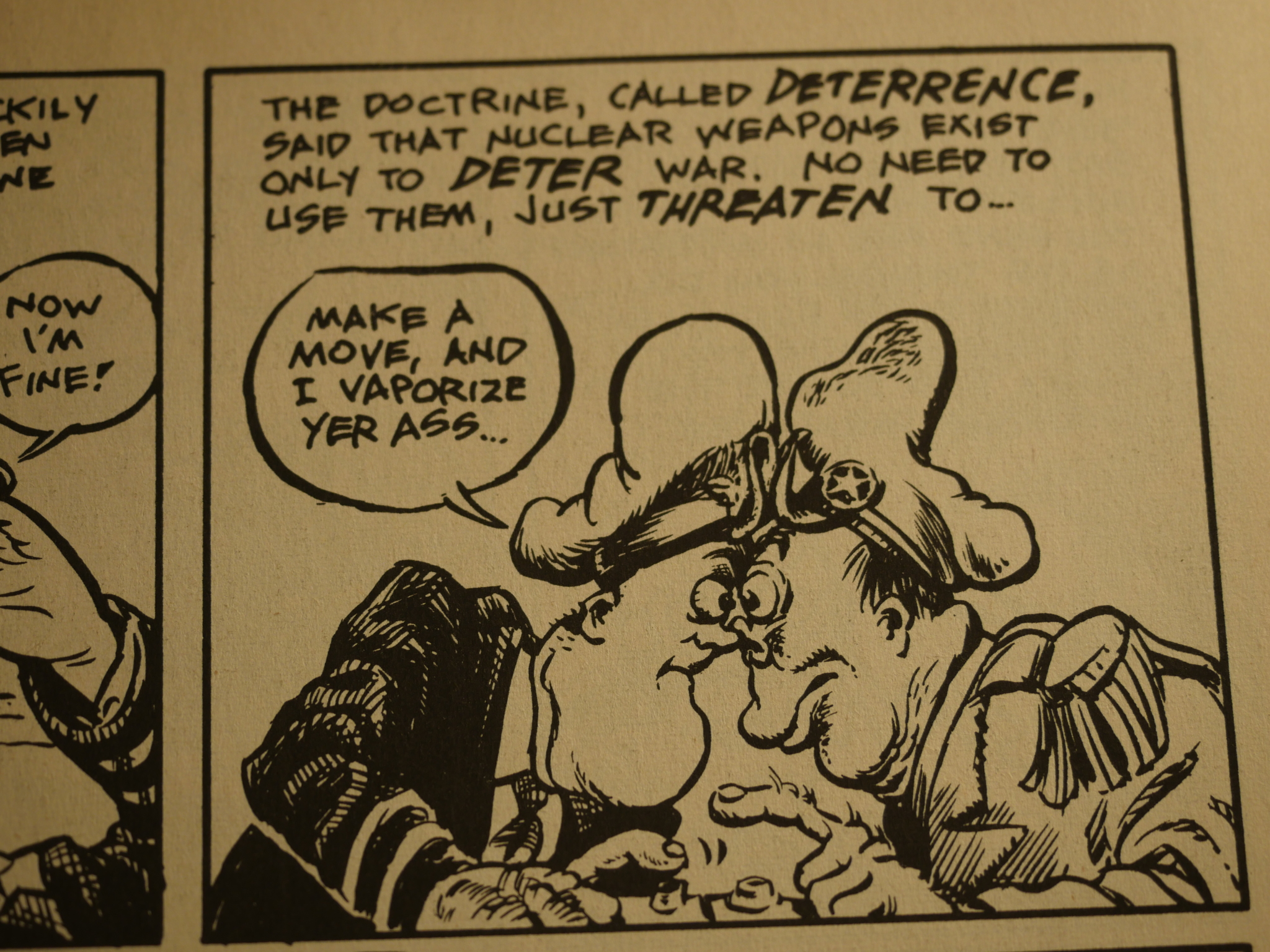 But most of the pieces are traditional comics about the issues at hand. The first issue is about nuclear war, mostly, and Larry Gonick (of A Cartoon History of the Universe fame) does an energetically drawn piece on the paradox of mutually assured destruction. 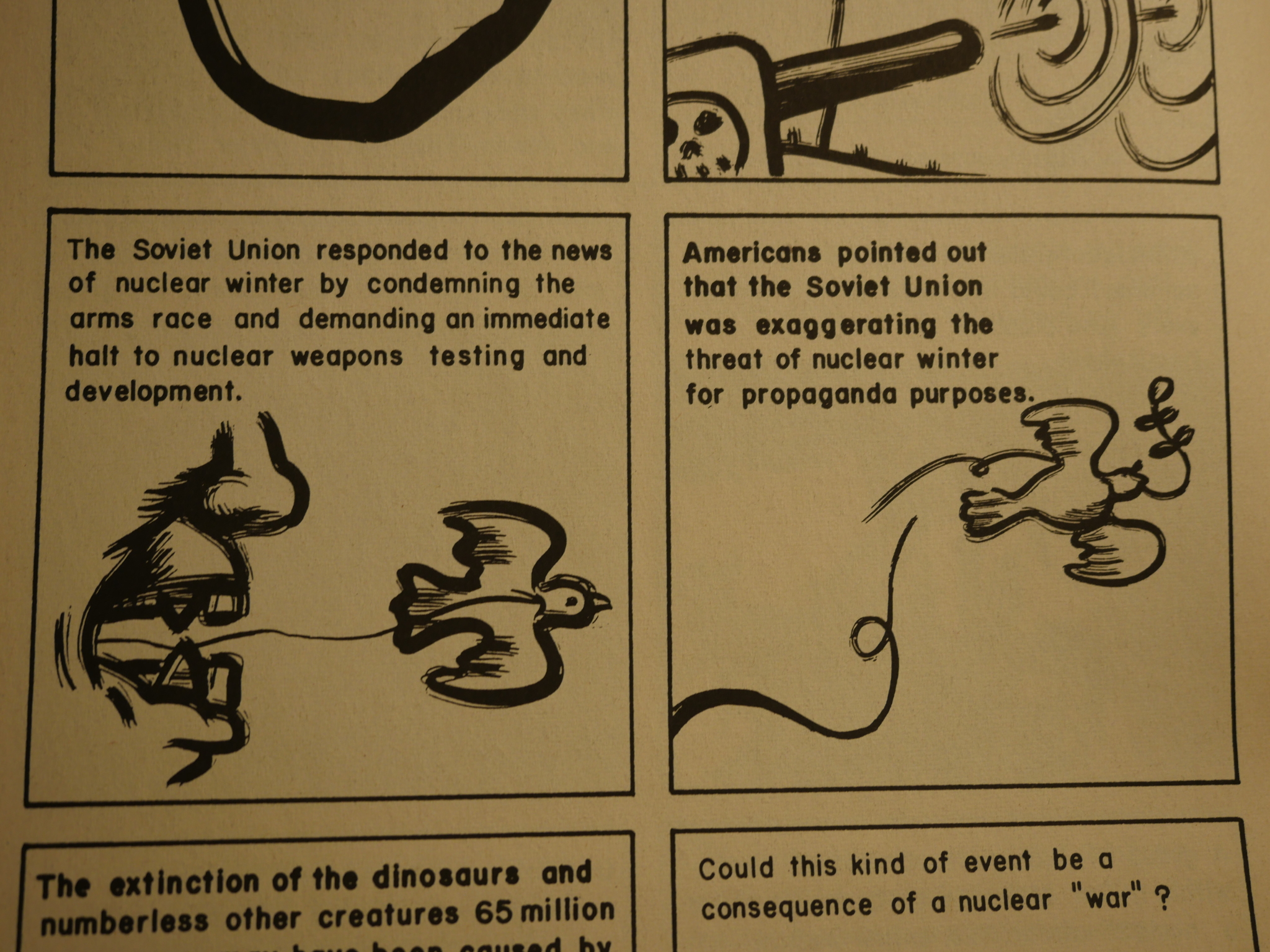 Rifas himself does one on nuclear winter, and includes text that you may be surprised by. 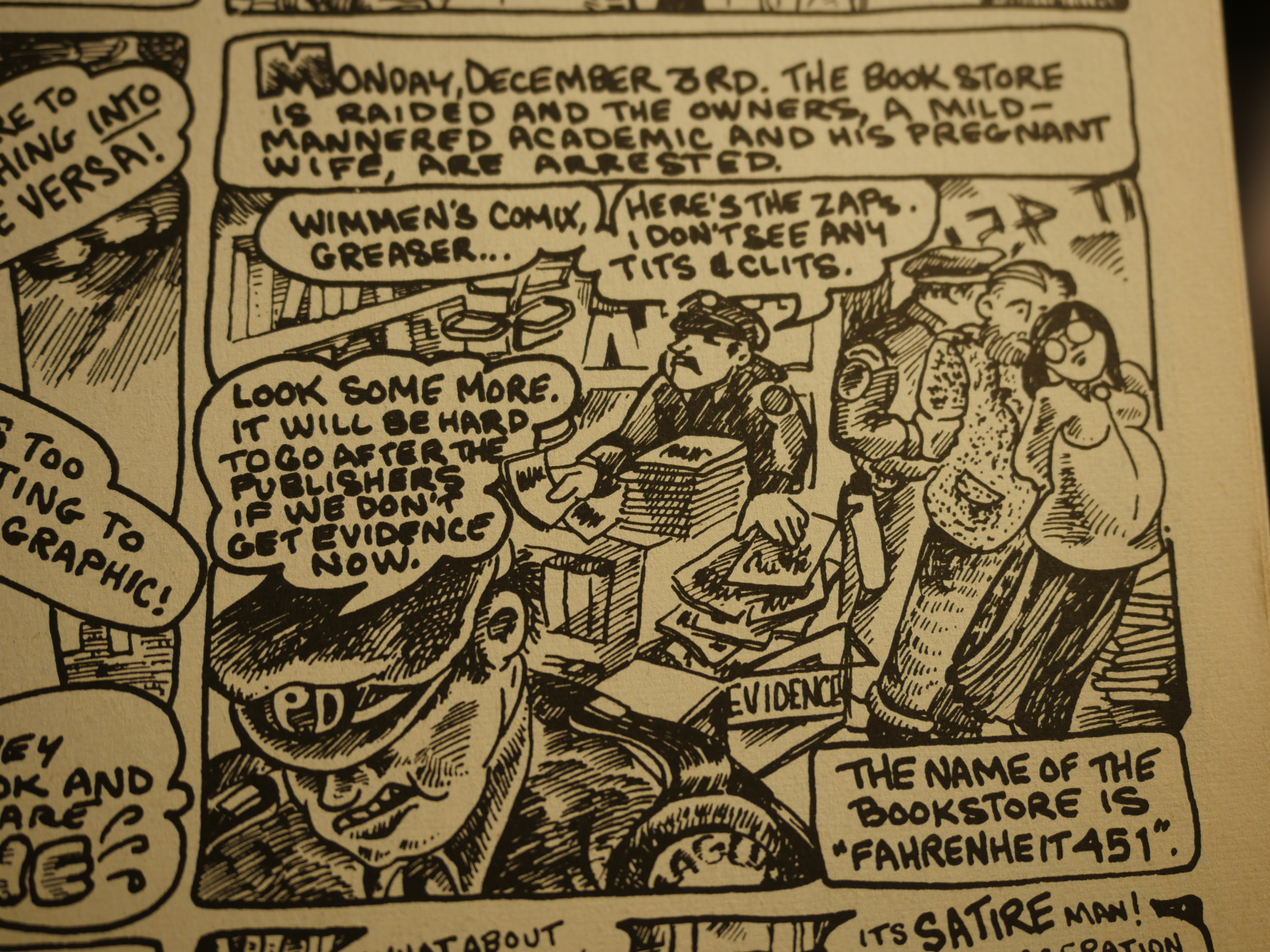 The second issue is about comics, and Joyce Farmer does a really good five page piece on when a bookstore in Orange County, California was busted for selling (among other things) Tits & Clits. (A comic book Farmer had co-created.) 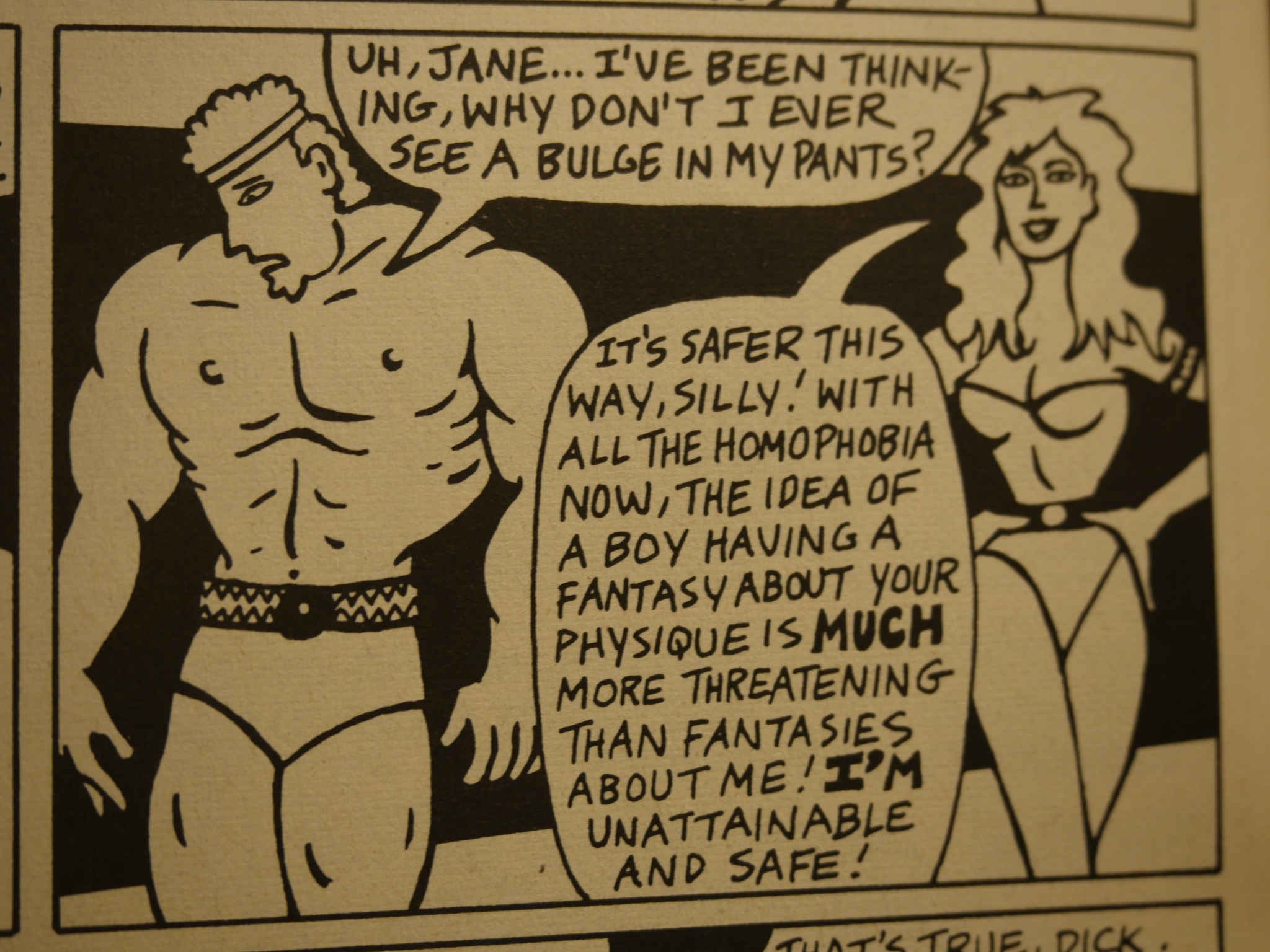 Mary Fleener does a pretty atypical (for her) one-page comic on superheroes. 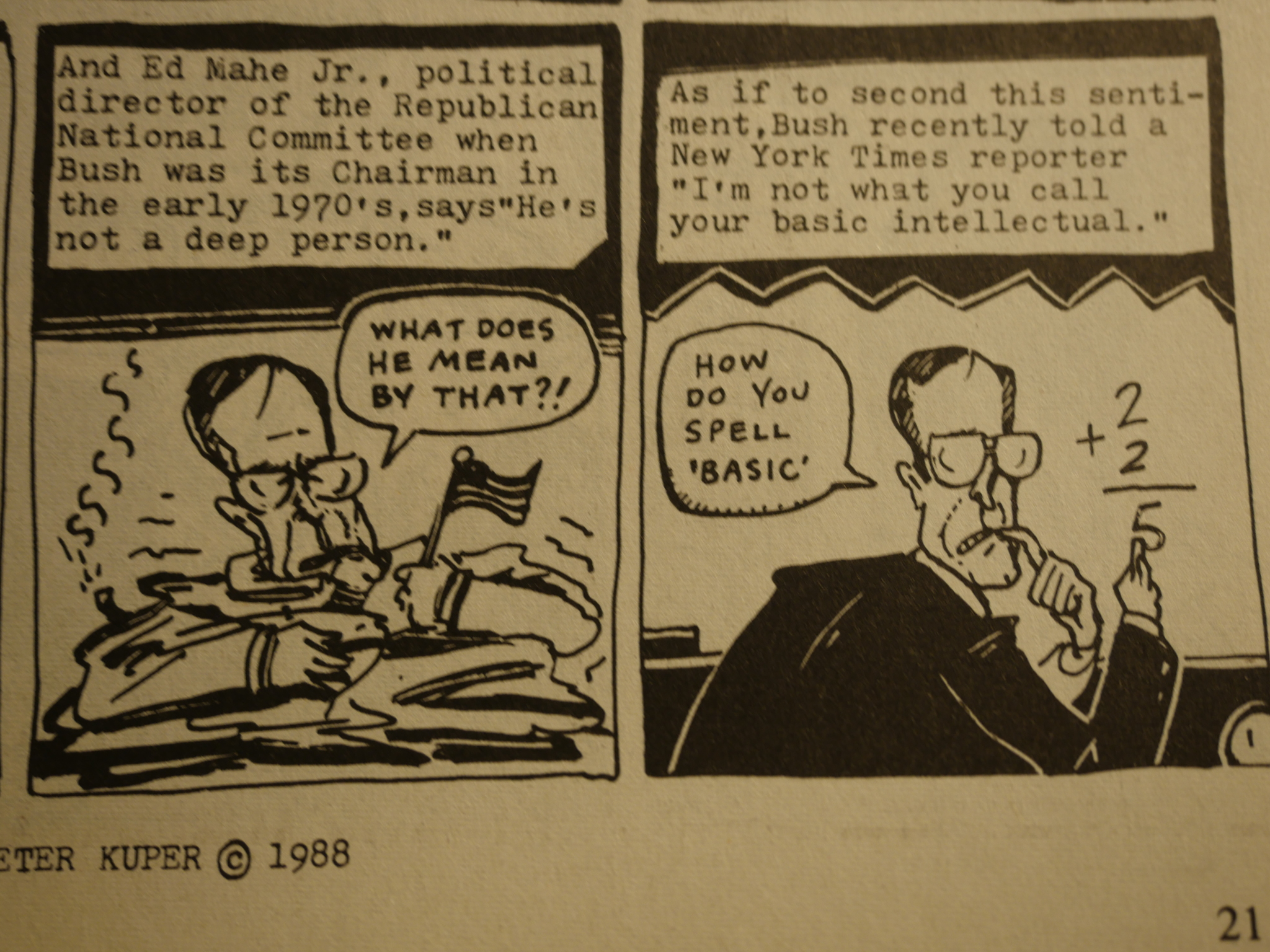 The third issue is about US politics. Do you remember those good old days when we were incredulous about how stupid George Bush the Elder was? Oh, I remember them fondly. Reading 80s angry polemics about internal politics now feels like escapism. 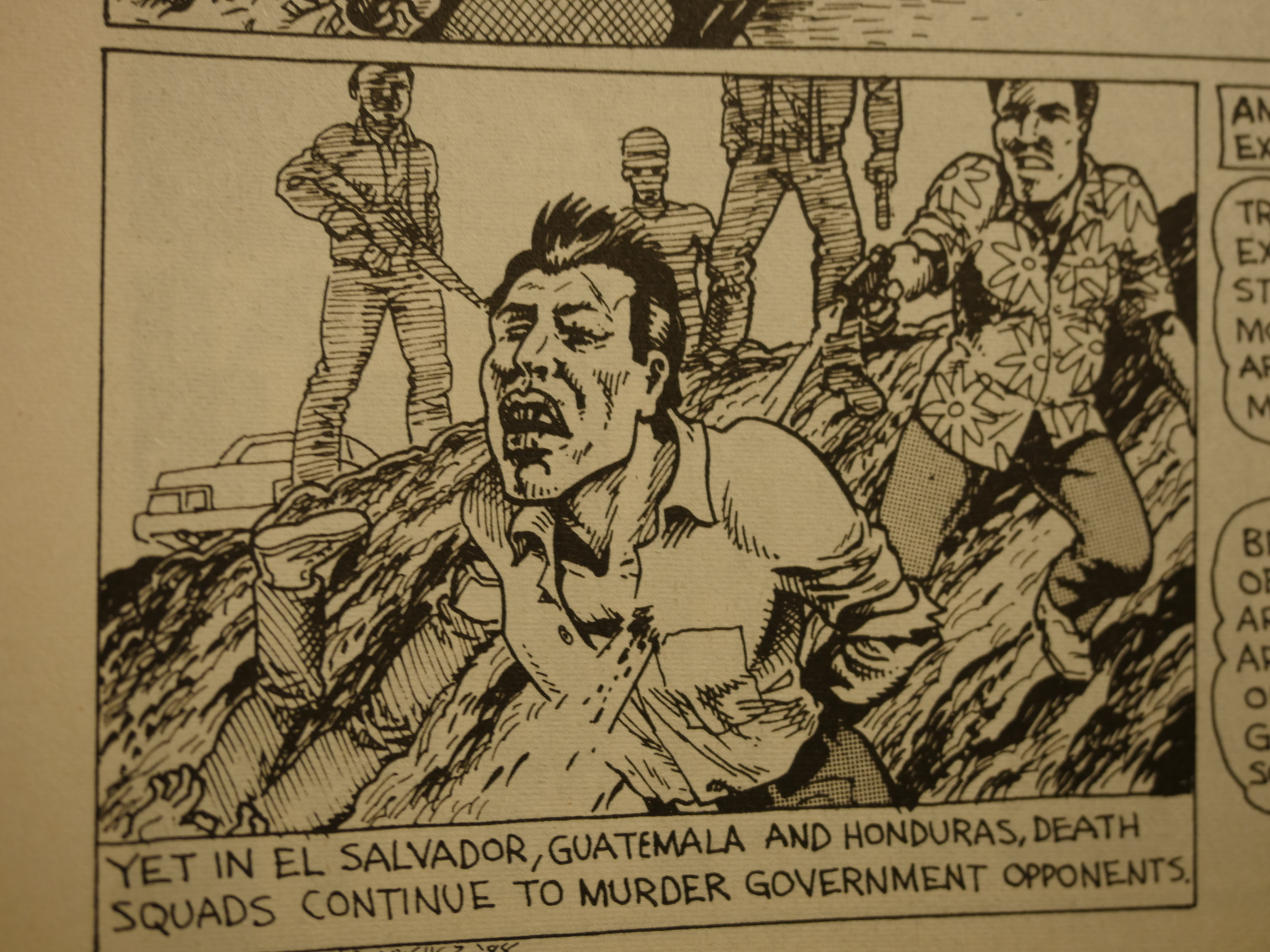 But then we have Spain to bring us back to Earth again with a comic about El Salvador and Nicaragua.

A fourth issue, on the environment, was announced, but was never released.

Rifas didn’t publish many comics after this series, I think, but went into education.