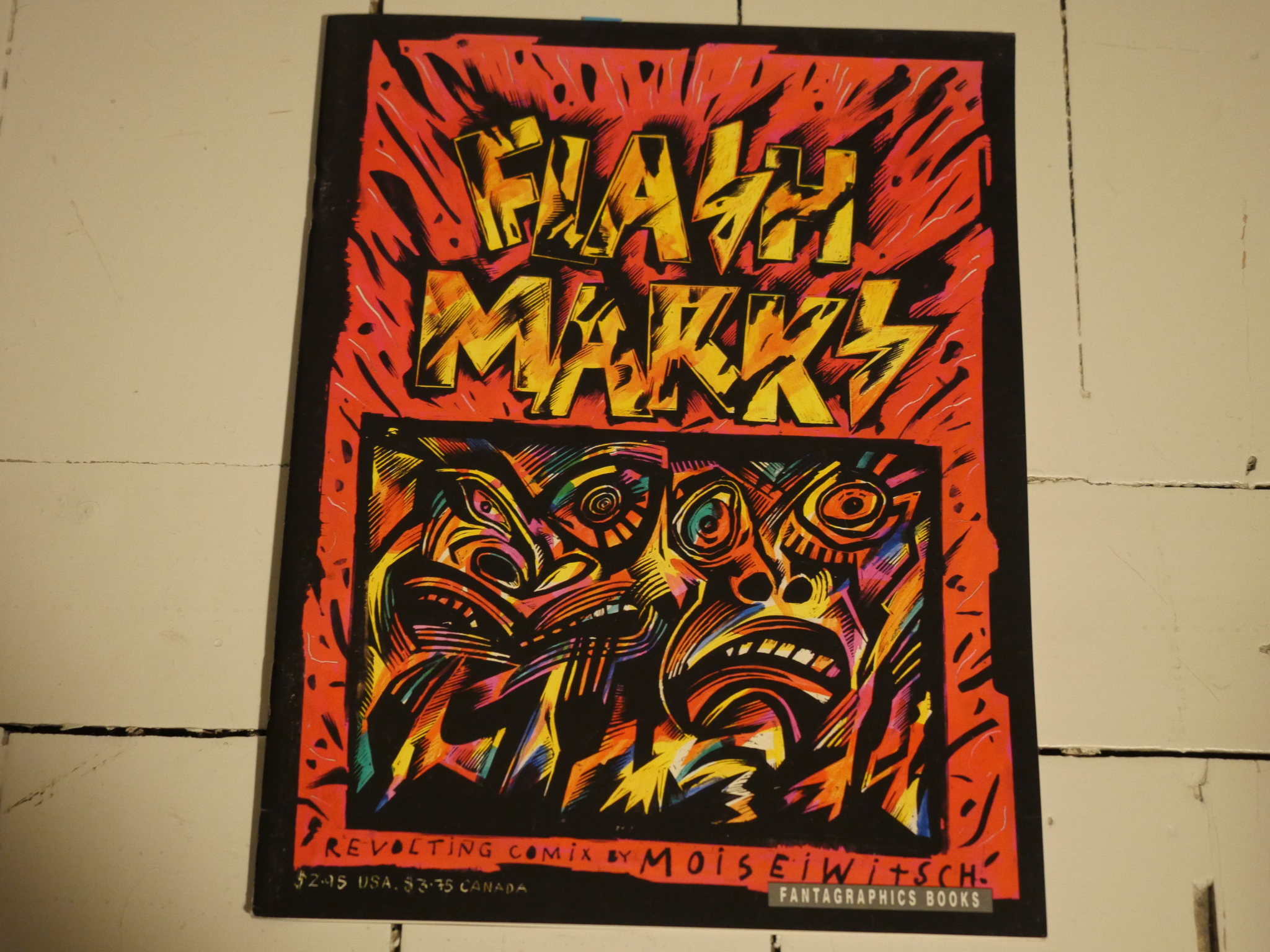 This is a collection of short pieces that have previously appeared in various anthologies in the 80s. It is, unfortunately, the only major collection of her work, and it isn’t very major. I mean, it’s bigly excellent, as the vernacular goes, but it’s just 32 pages. Magazine size, though. 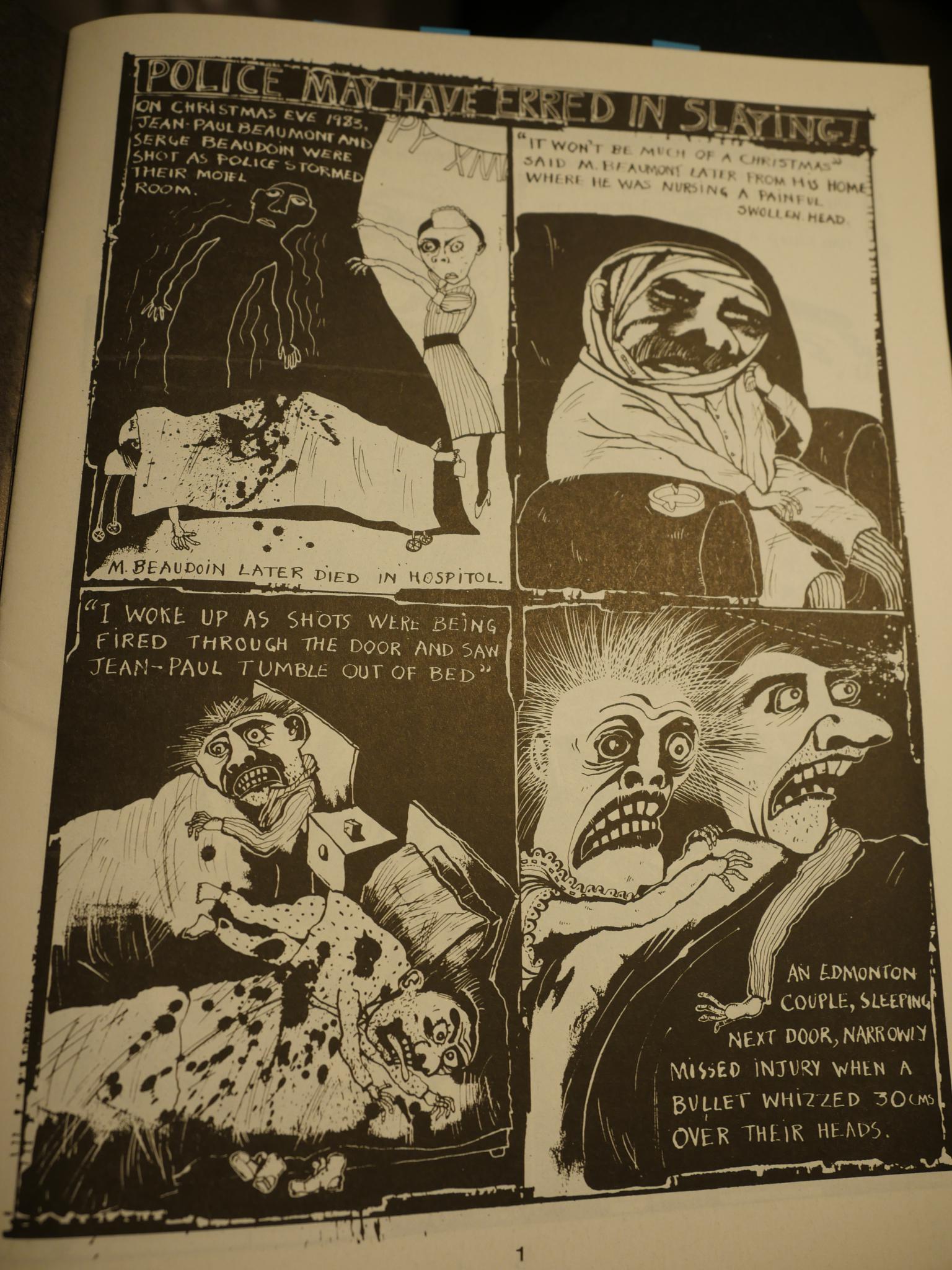 The stories are short and angry and to the point. The artwork isn’t quite like anything else: It’s a kind of neo-expressionism, I guess, and I think you could see parallels to artists like Caro and Sue Coe, but it seems to come from a different place. 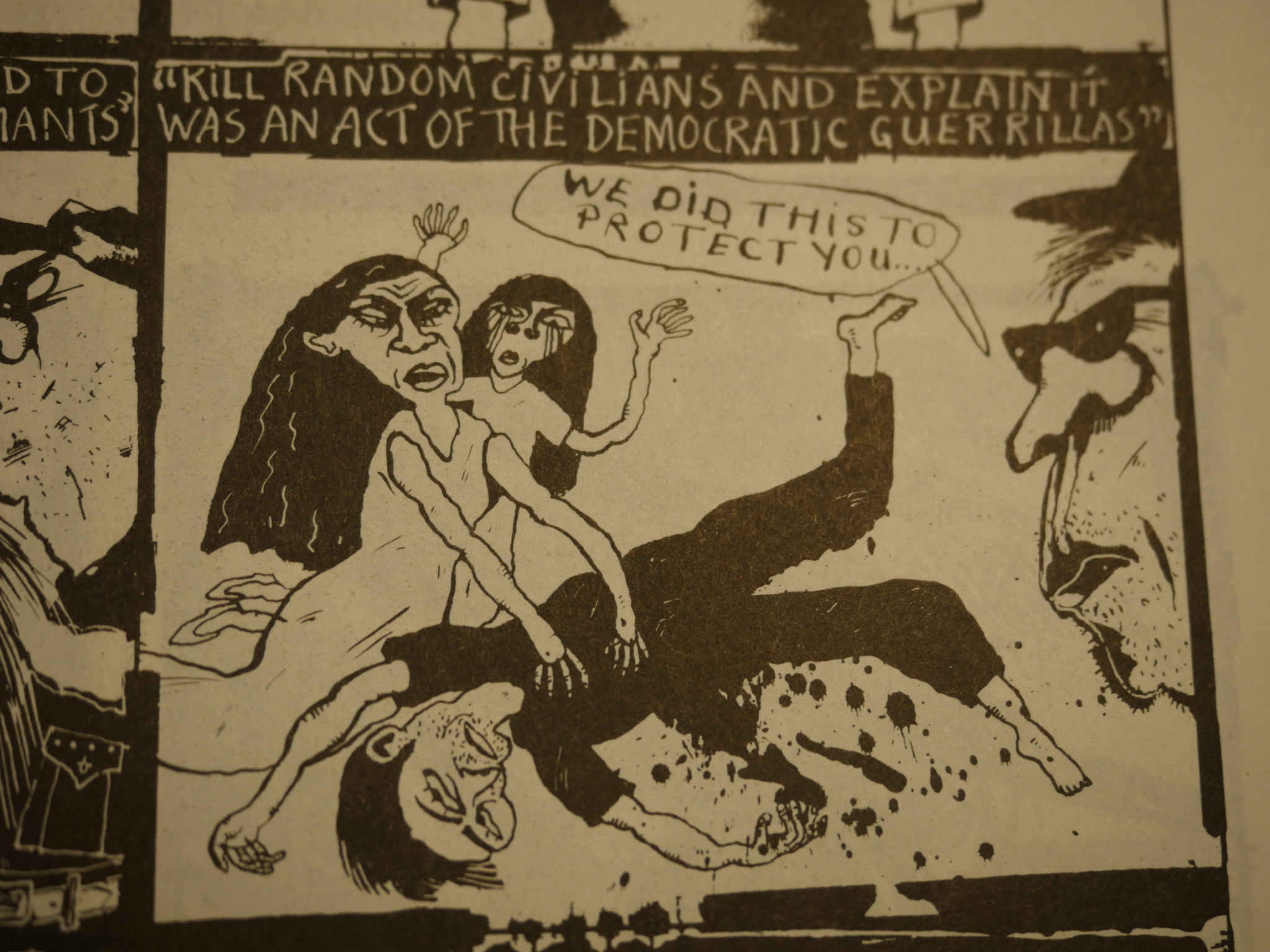 It’s more Picasso than Gary Panter. Here’s she’s illustrating a CIA handbook for rebels, and it just packs such an emotional punch. 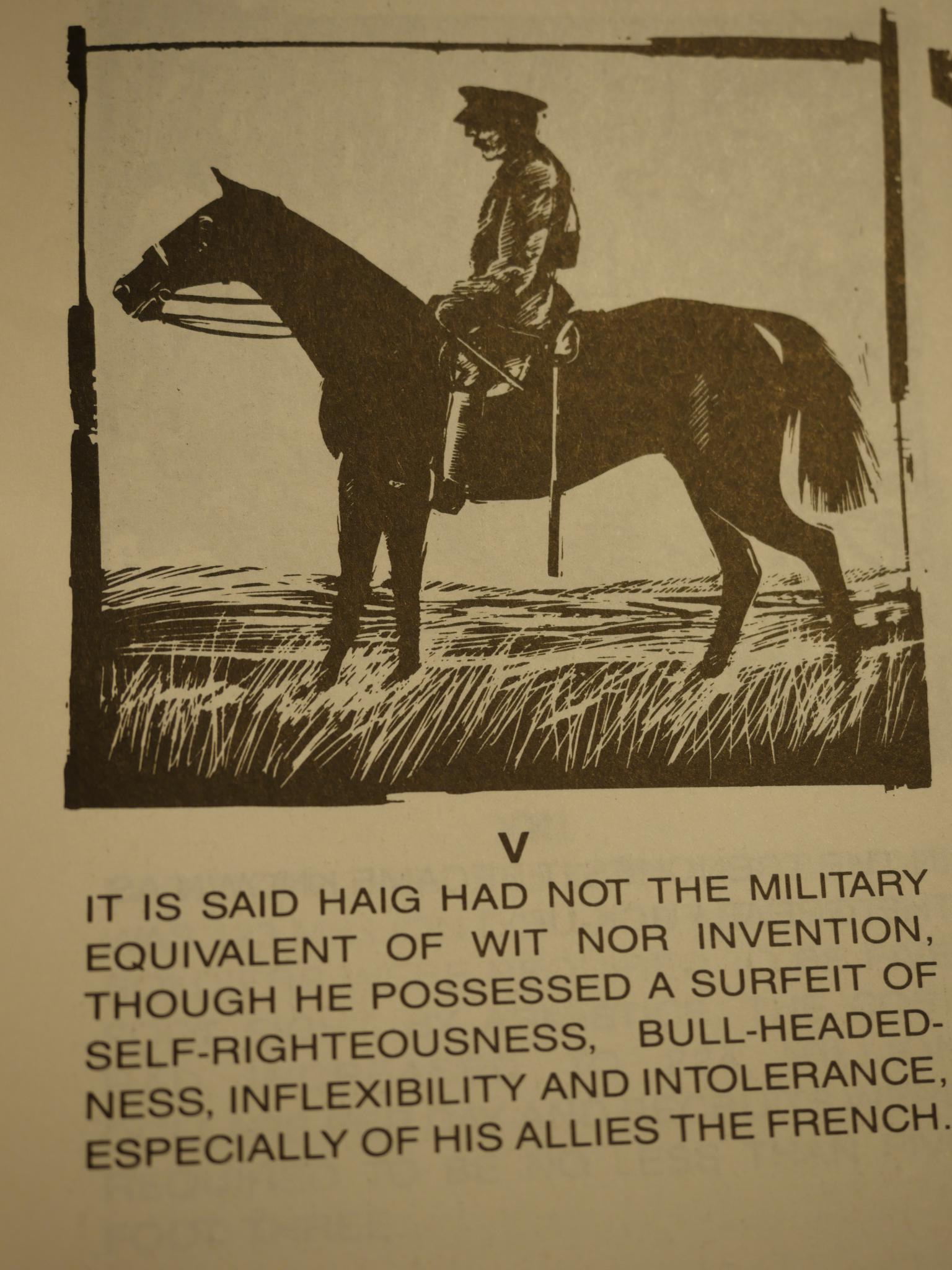 She seems to be using scratch-board for some of these drawings, but not all of them… 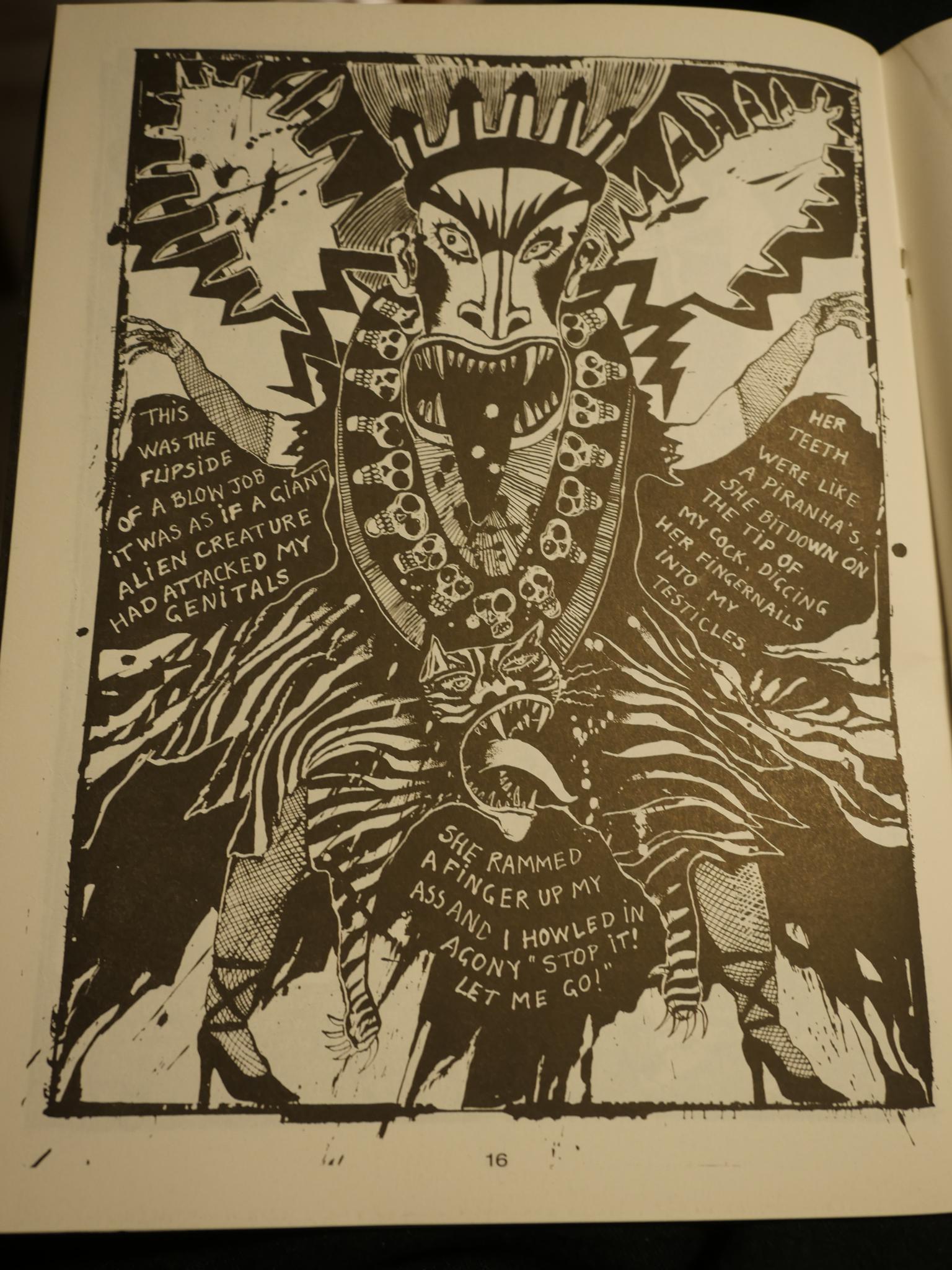 Here she draws Dennis P. Eichhorn getting a blow job, so I would guess this has been reprinted from a Real Stuff issue.

She hasn’t published much after this collection, I think, and was most recently spotted in 2009.

Somebody should publish a proper retrospective. There must be more of her work floating around than is here. I seem to remember stumbling onto more of her jwork than is featured here.