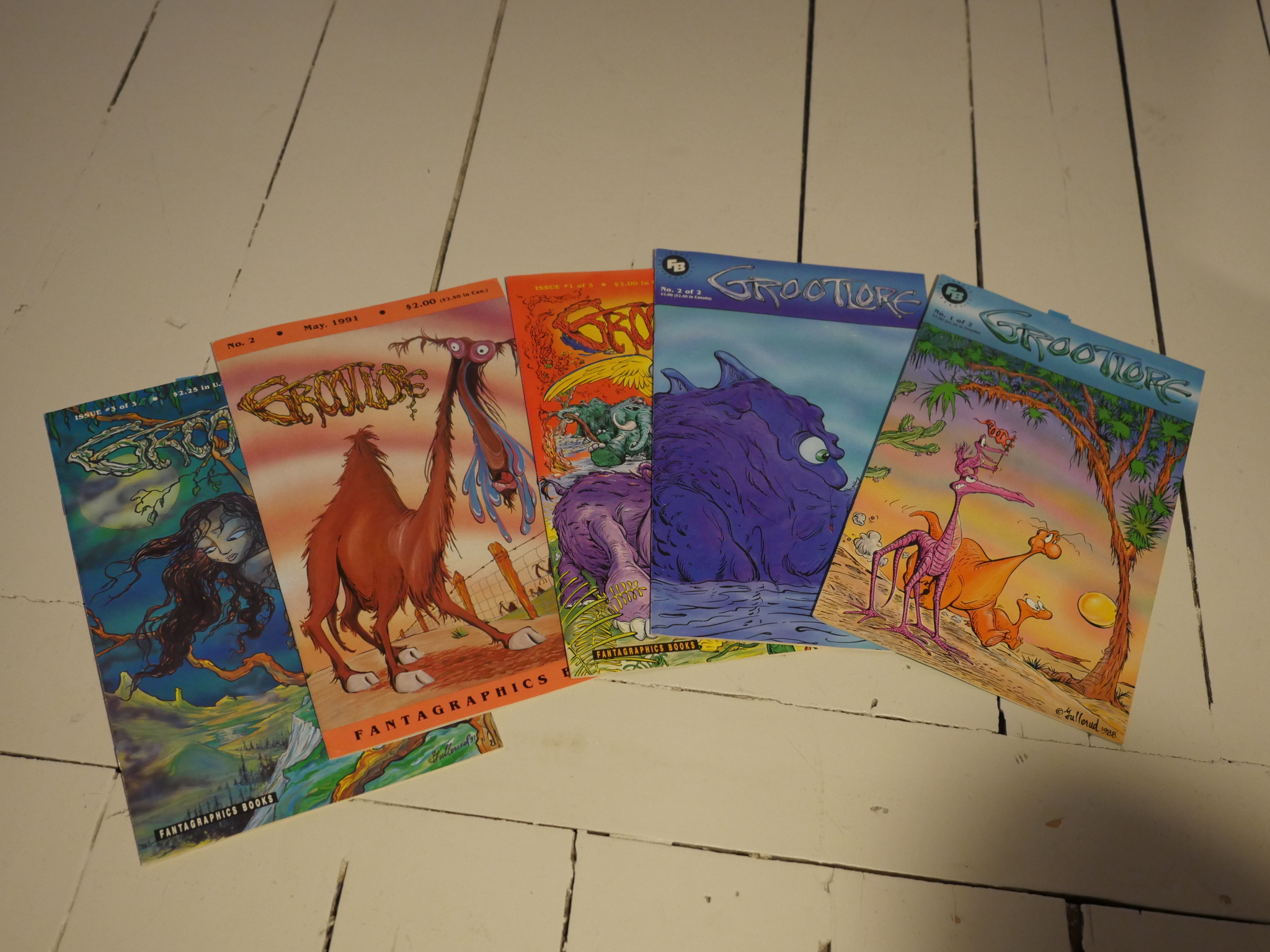 I’ve always known that Kim Thompson was the one of the two Fantagraphics owners who’s into anthropomorphics, but I wasn’t aware that it was so clear-cut: Anything funny-animal (Critters) or European(ish) (Sinner) is edited by Kim Thompson, and anything sci-fi-ish (Threat) or art (Flash Marks) is edited by Gary Groth.

Since this book is edited by Thompson, and the author isn’t European (despite the name), it’s anthropomorphic. 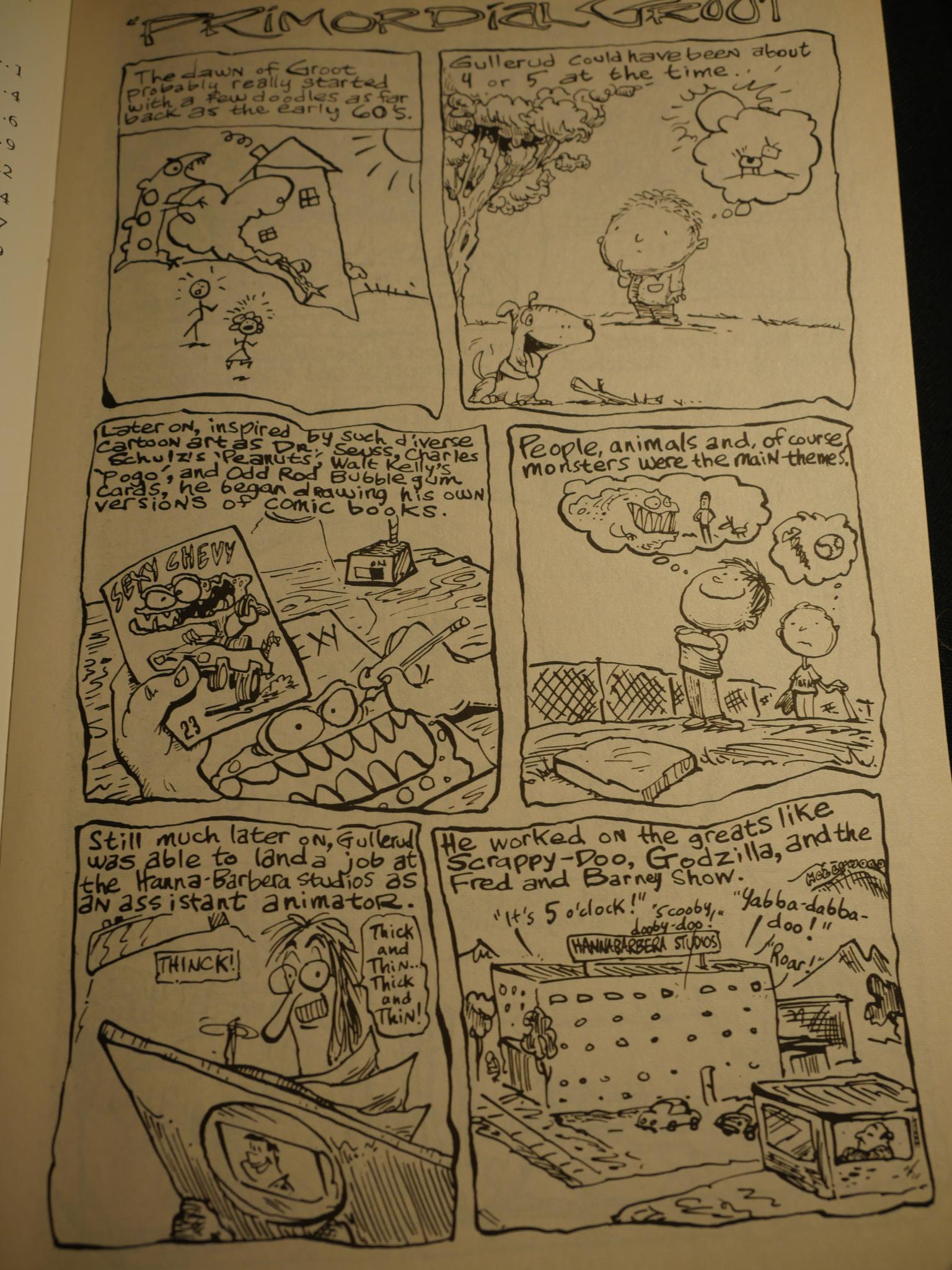 The first Grootlore series opens with a two-pager that explain the origins of the series (that Gullerud is an animator who’s doing this to relax). 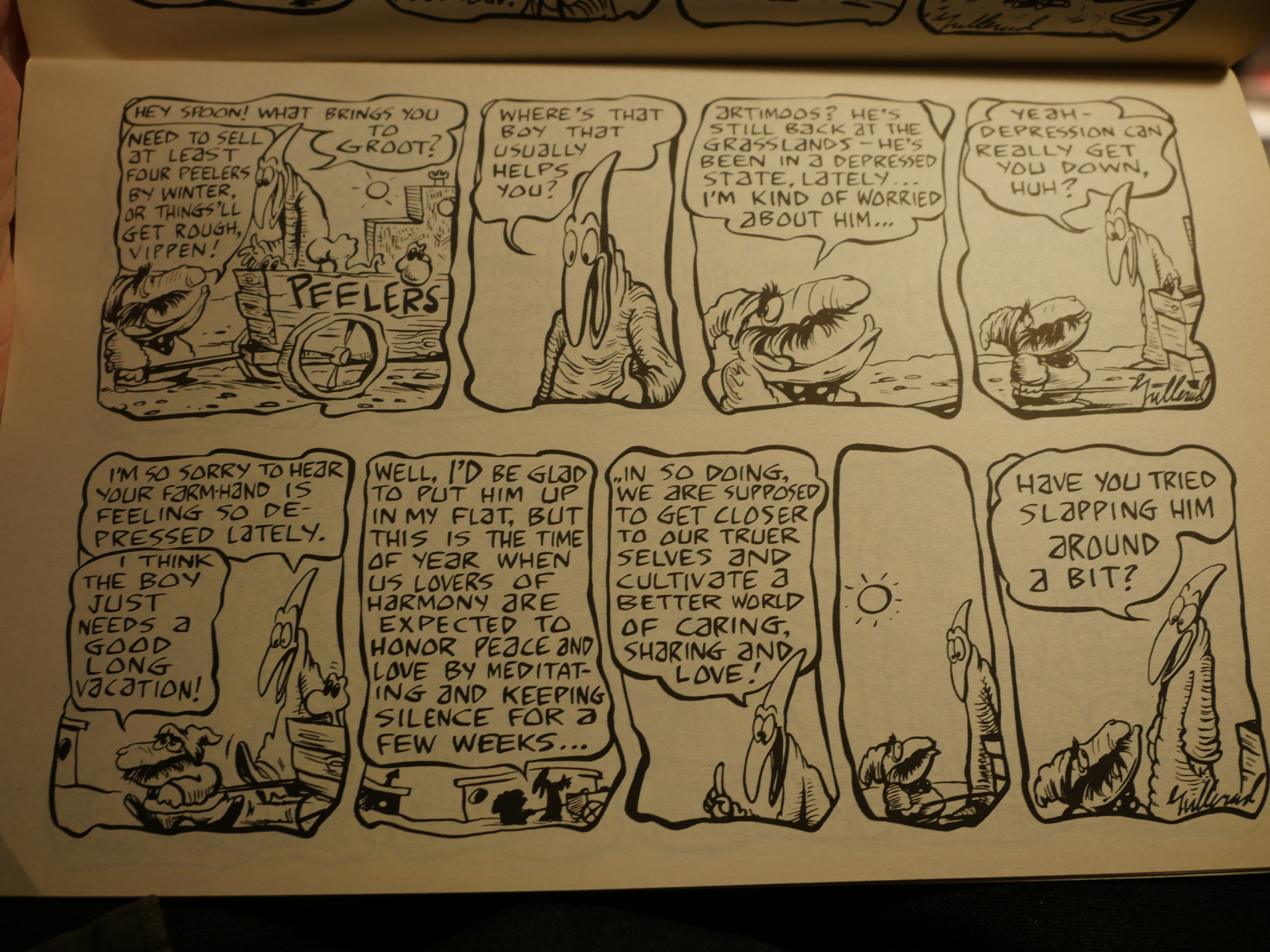 The first series consists of strips (printed sideways) in a very traditional one-joke-per-strip format. The humour is a bit sitcom-ish. If you found those two jokes funny, there’s 37 more pages of it in this two-issue mini-series. 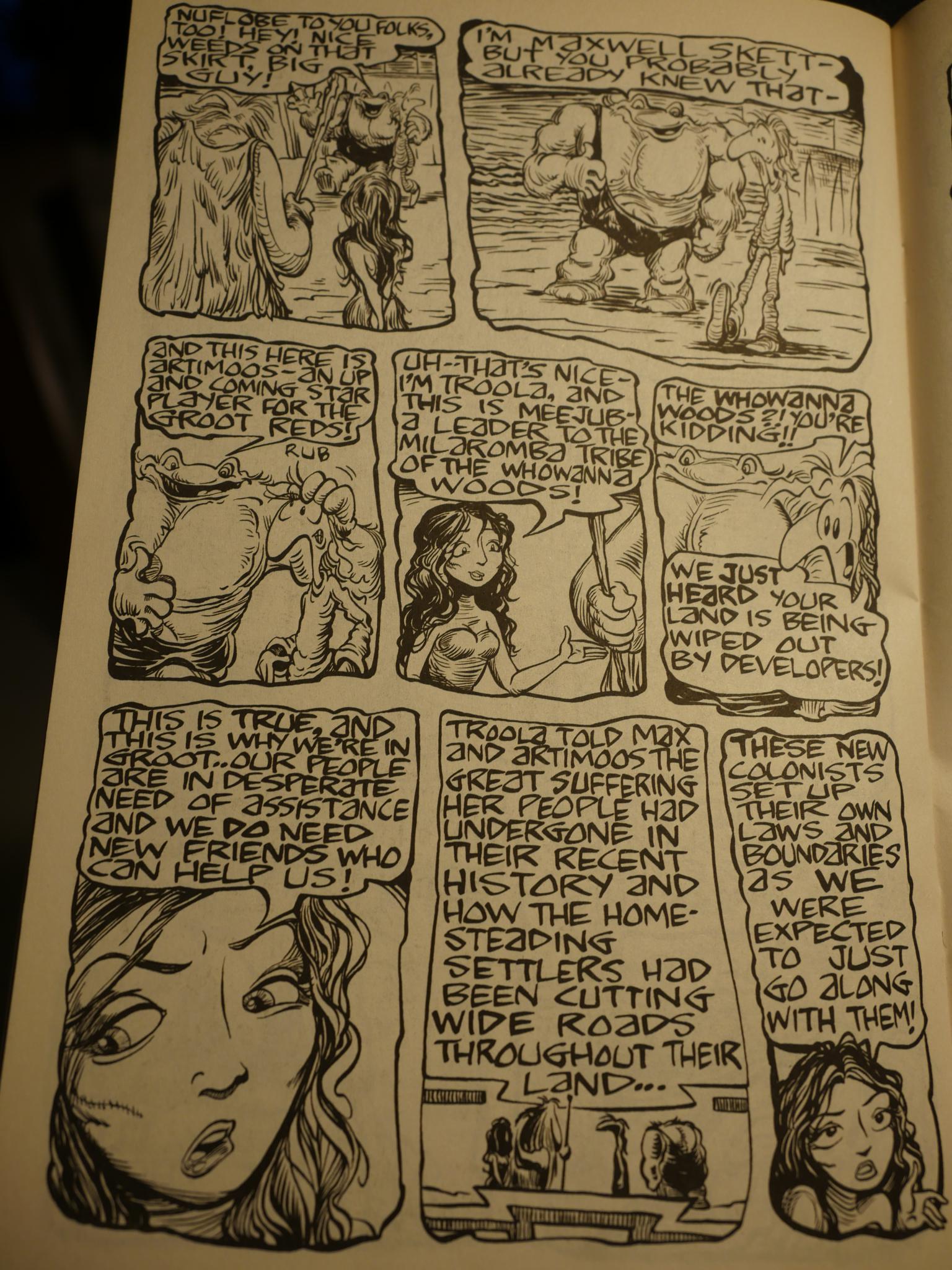 The second series is in a traditional comic book format, and is not joke-driven. Instead it’s about our heroes trying to save a rain forest from being destroyed. 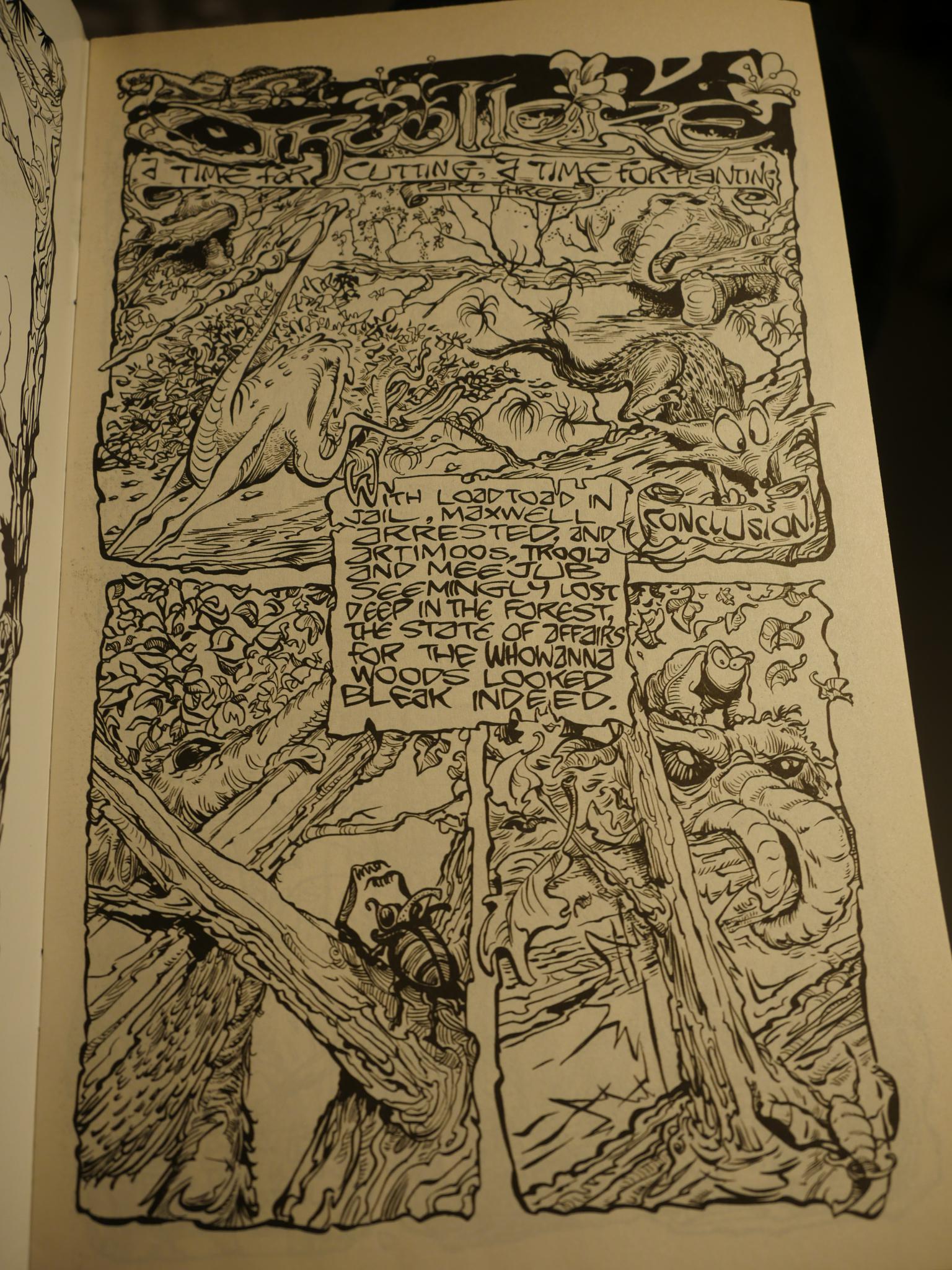 There’s also a lack of differentiation visually between … well, anything. At a glance it’s often difficult to pick out the characters from the background, and everything seems to have the same greyness level. Even the text can be hard to pick out at times. My eyes were skidding around on the pages a lot.

Gullerud doesn’t seem to have published many comics after this, but is still an active artist.