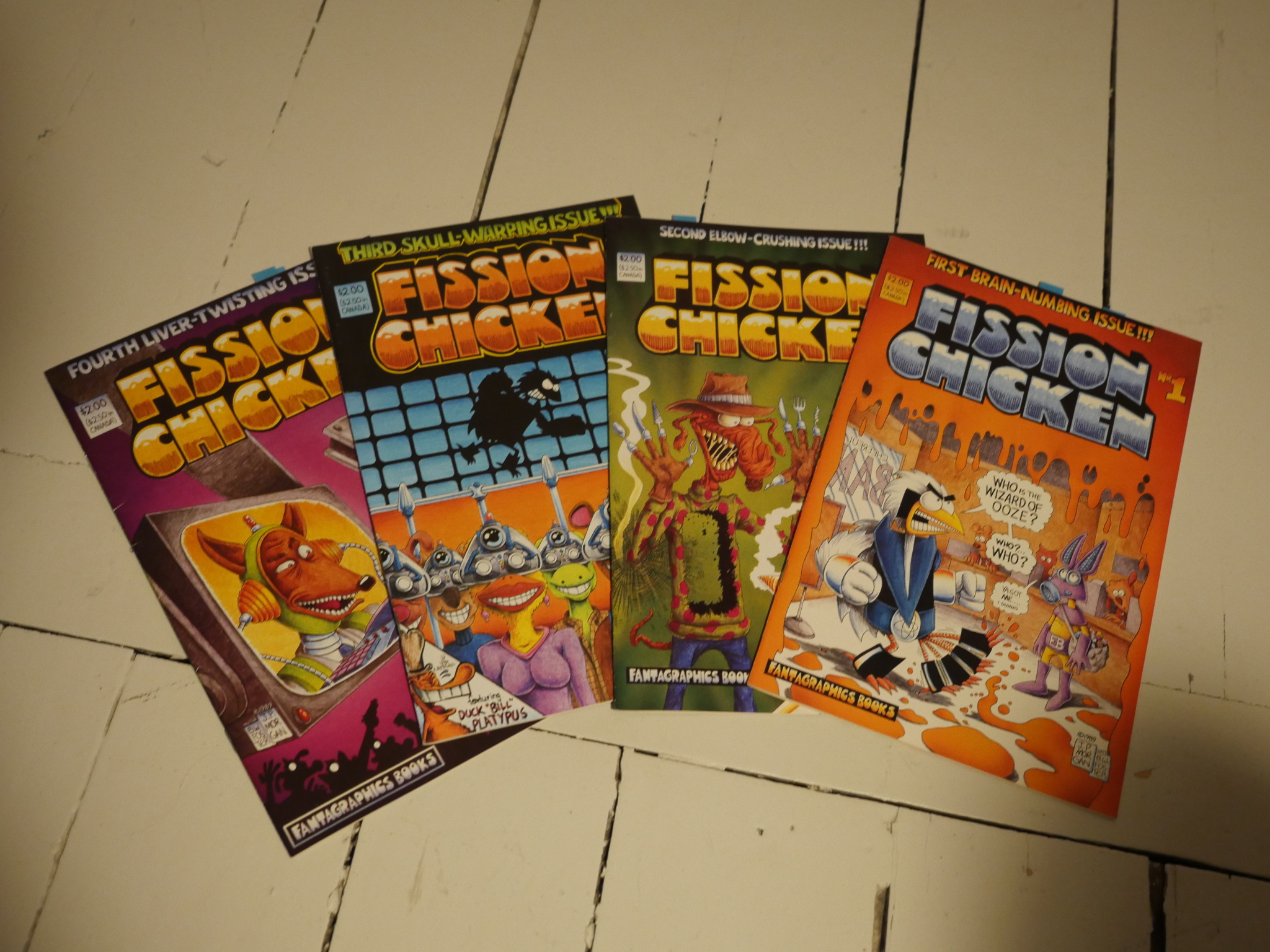 Fission Chicken ran in Critters for most of that magazine’s run. I think I mentioned in that blog article that I wasn’t much fond of Fission Chicken when I read it in Critters as a teenager, so I didn’t buy this series when it came out. But re-reading those Critters issues now made me realise just how funny this stuff is, so I’ve now bought the Fission Chicken solo run. 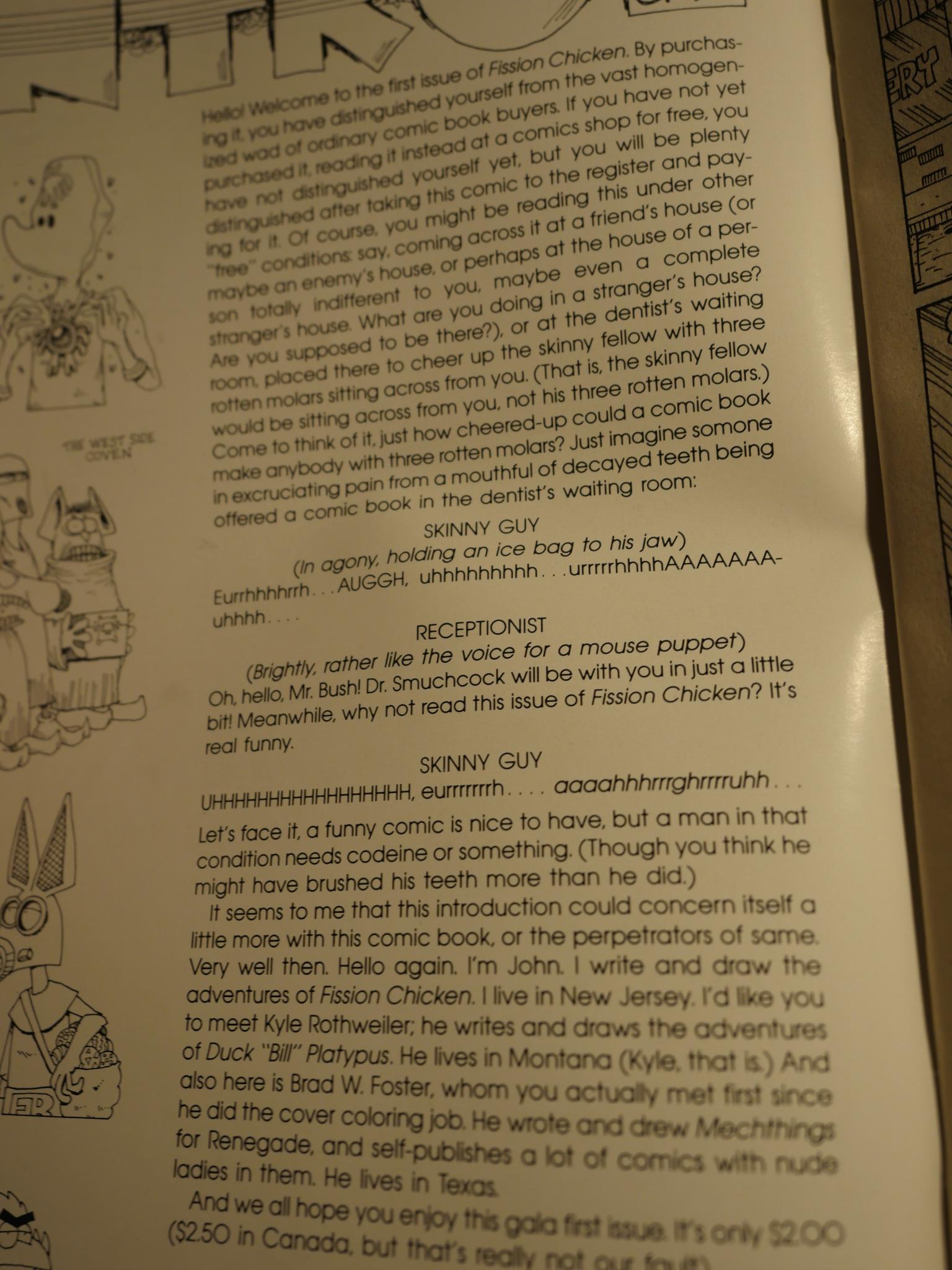 And it’s super-silly and thoroughly amusing. 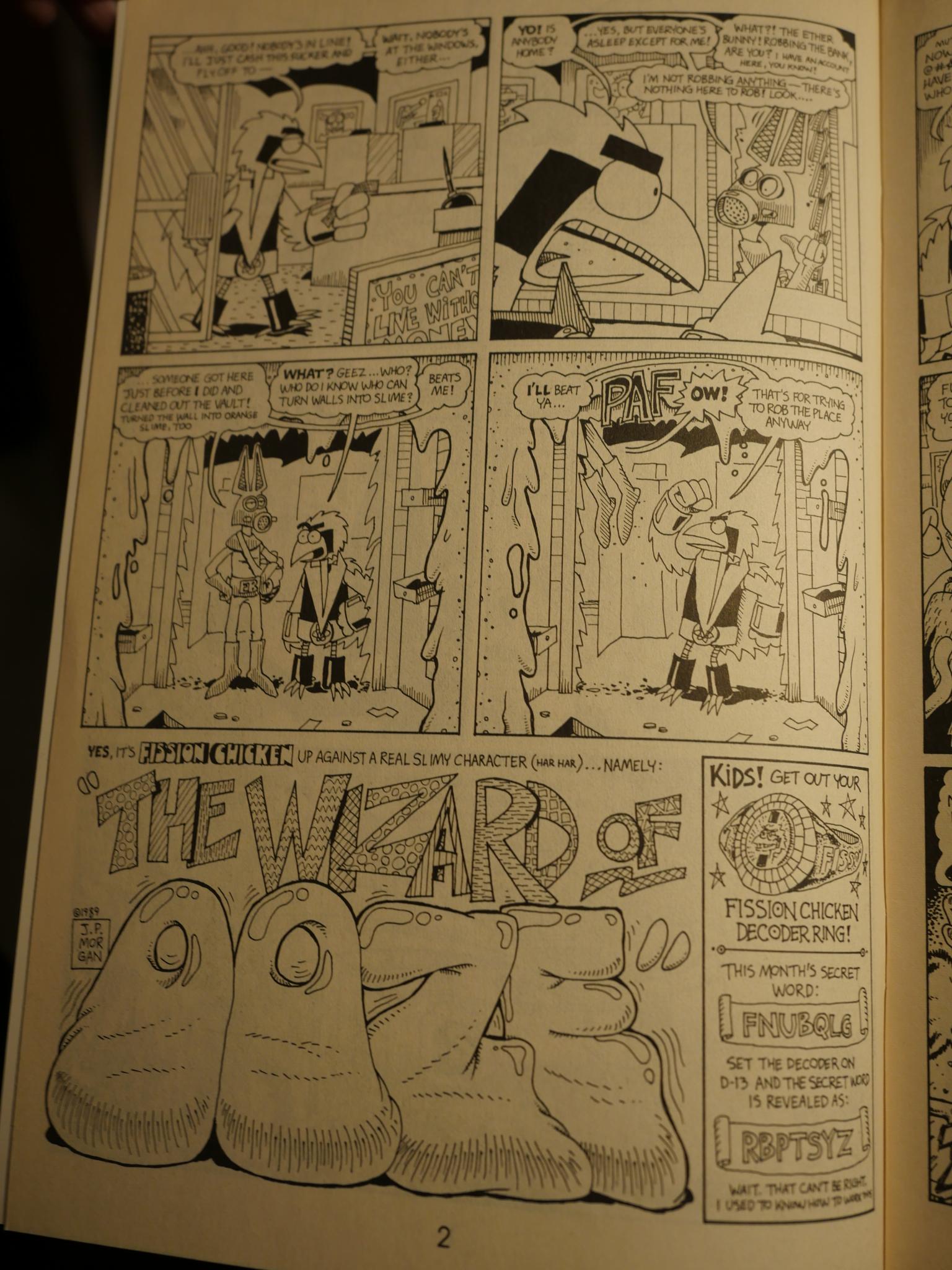 If this type of thing isn’t your type of thing, then it’s not your type of thing. But it is mine, and I laughed quite a few times while reading this series. It doesn’t really develop much during its very short run, but it’s consistently amusing (when it isn’t hilarious). Morgan found his voice during the Critters run, and he’s going with it. 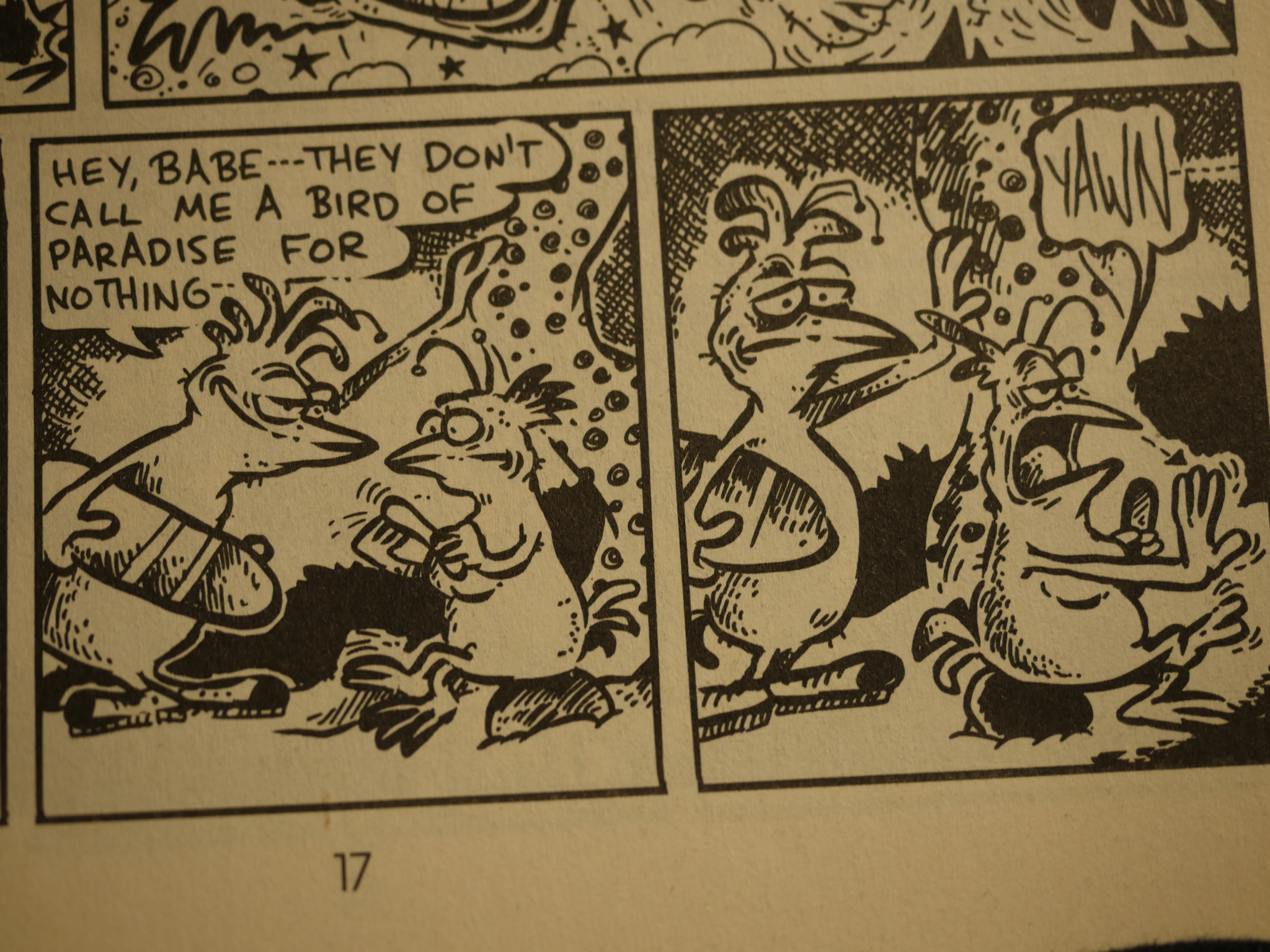 The backup feature in the series is Duck “Bill” Platypus by Kyle Rothweiler. His drawing has a nice organic thing going on, and his storylines consist of piling insanity upon stupidity until the whole thing resolves itself in the end. It’s a bit exhausting to read, but if you’re in the mood, it works. 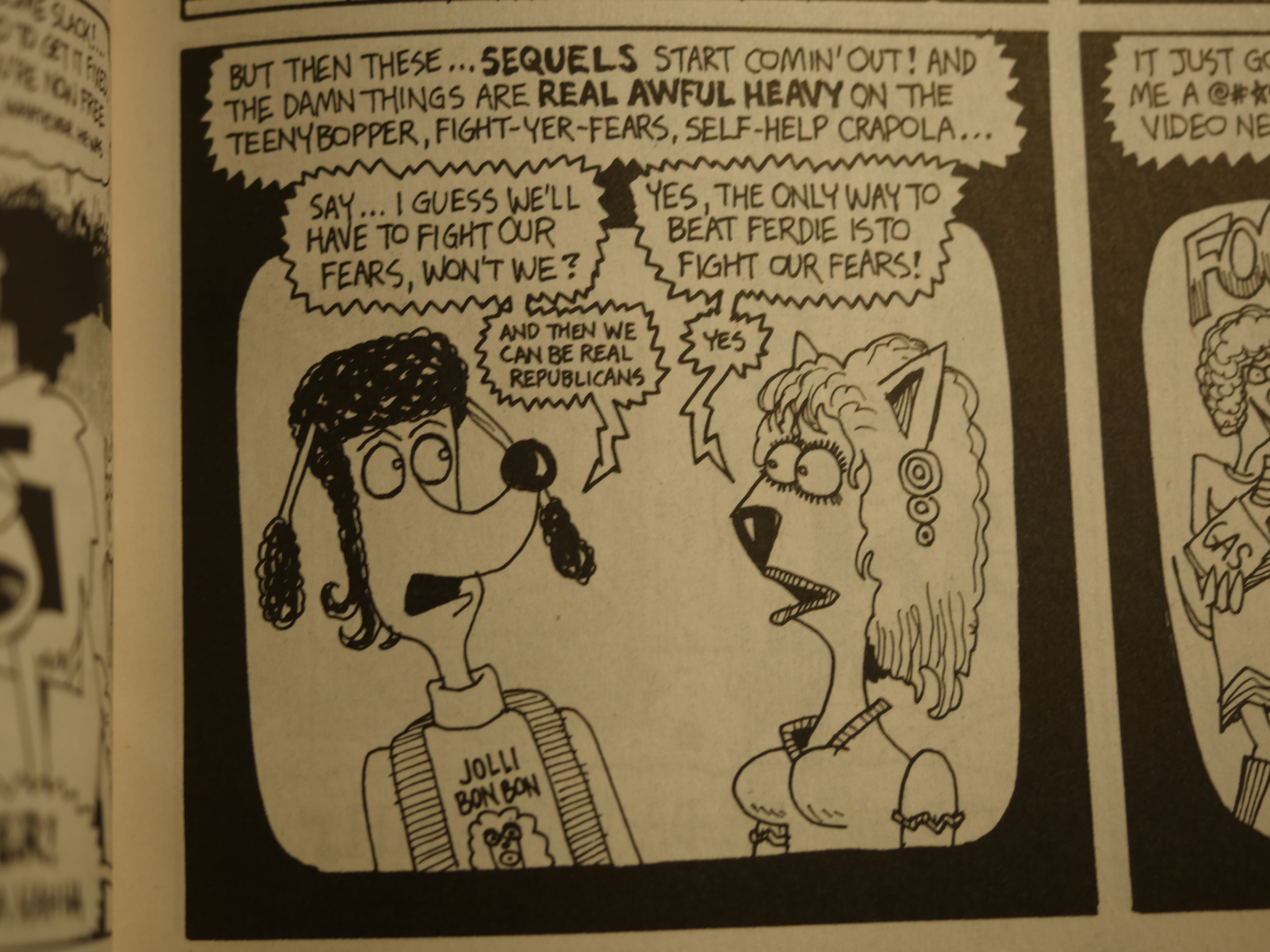 Fission Chicken gives a critique of the Nightmare on Elm Street sequels. And there’s nothing organic about Morgan’s artwork. 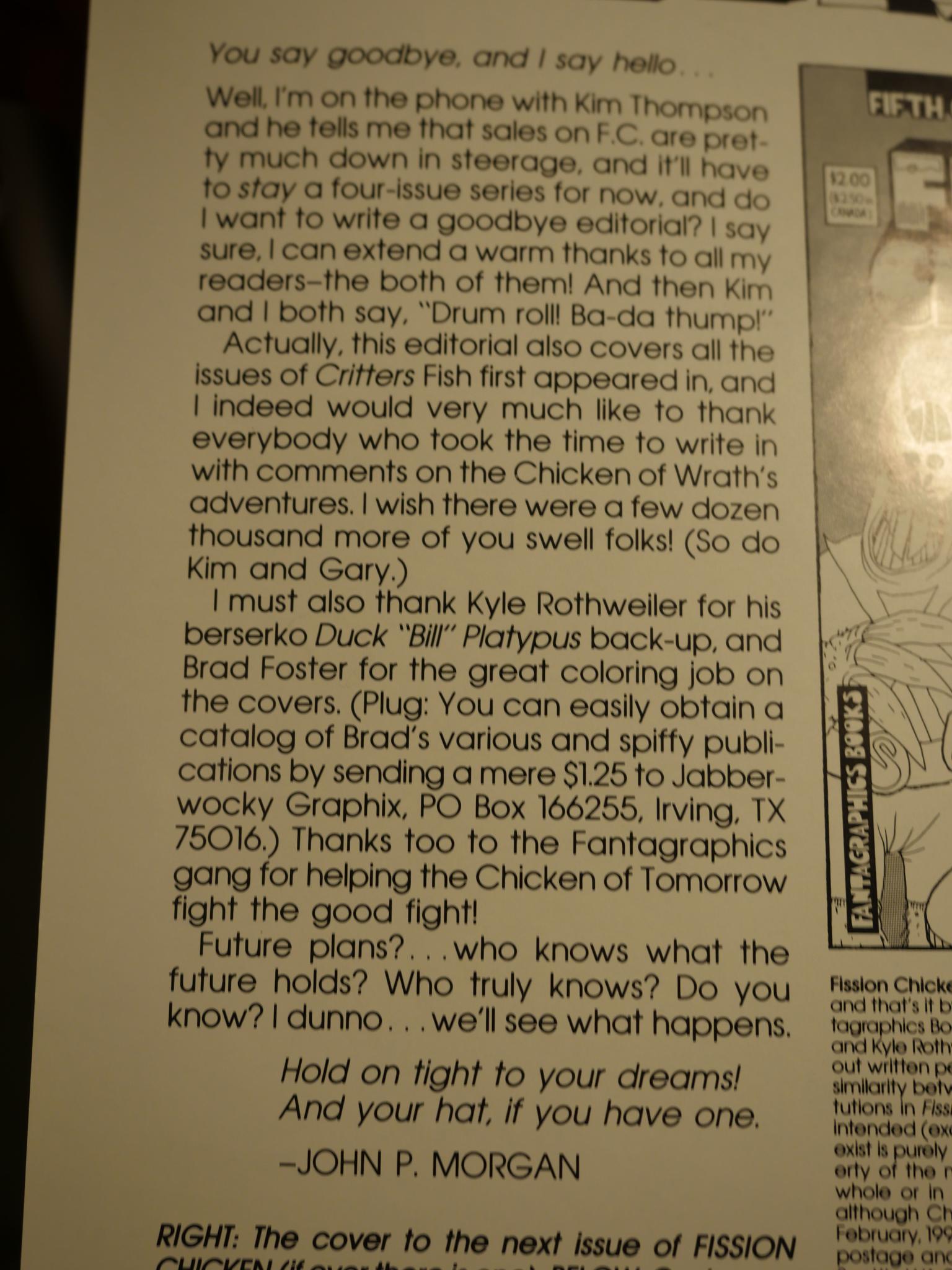 And after four short issues it’s over (due to bad sales). Too bad there wasn’t a market for this kind of humour back in the early 90s. 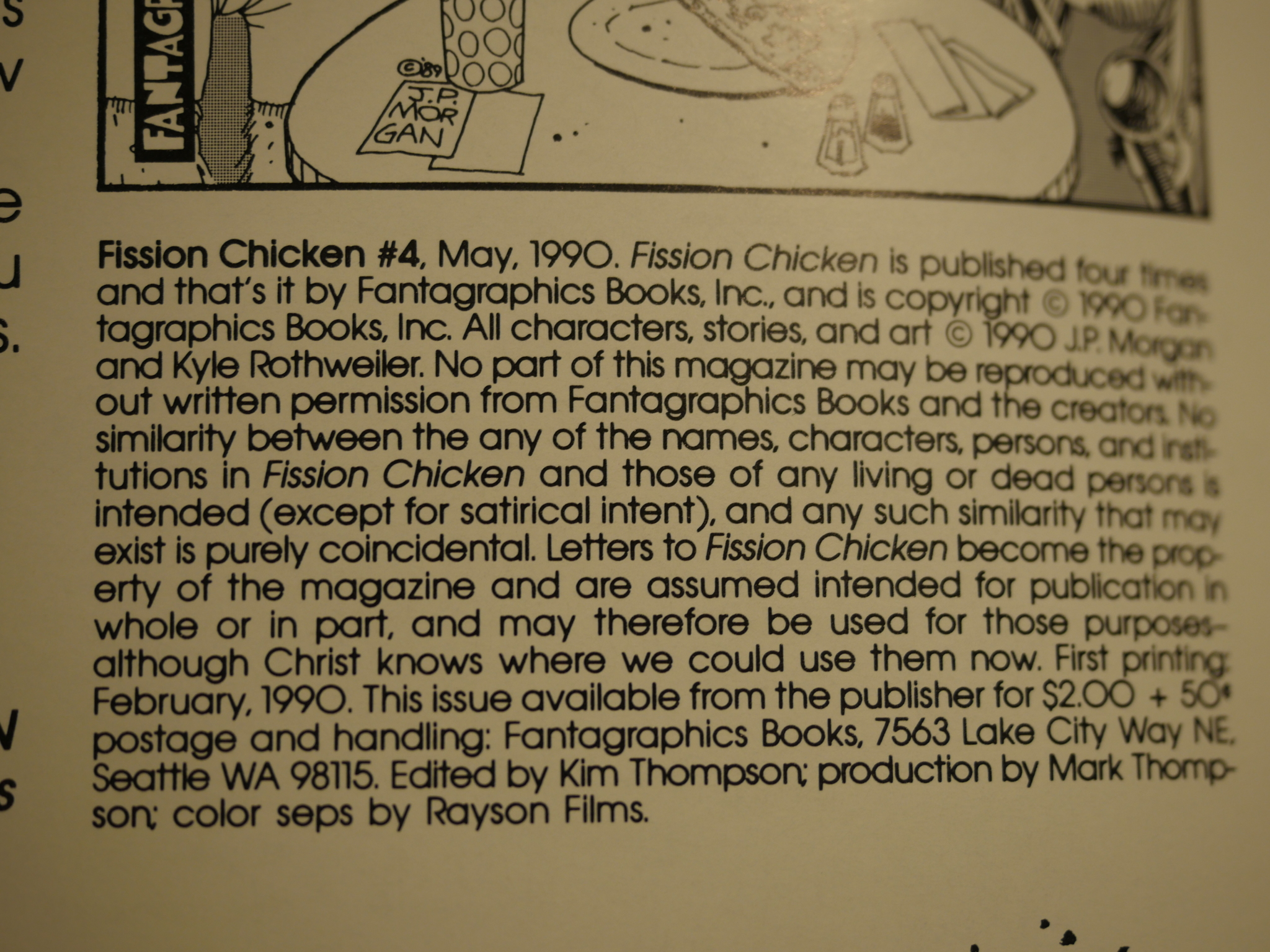 Fantagraphics indicia is almost never humorous, but this has some wry touches. 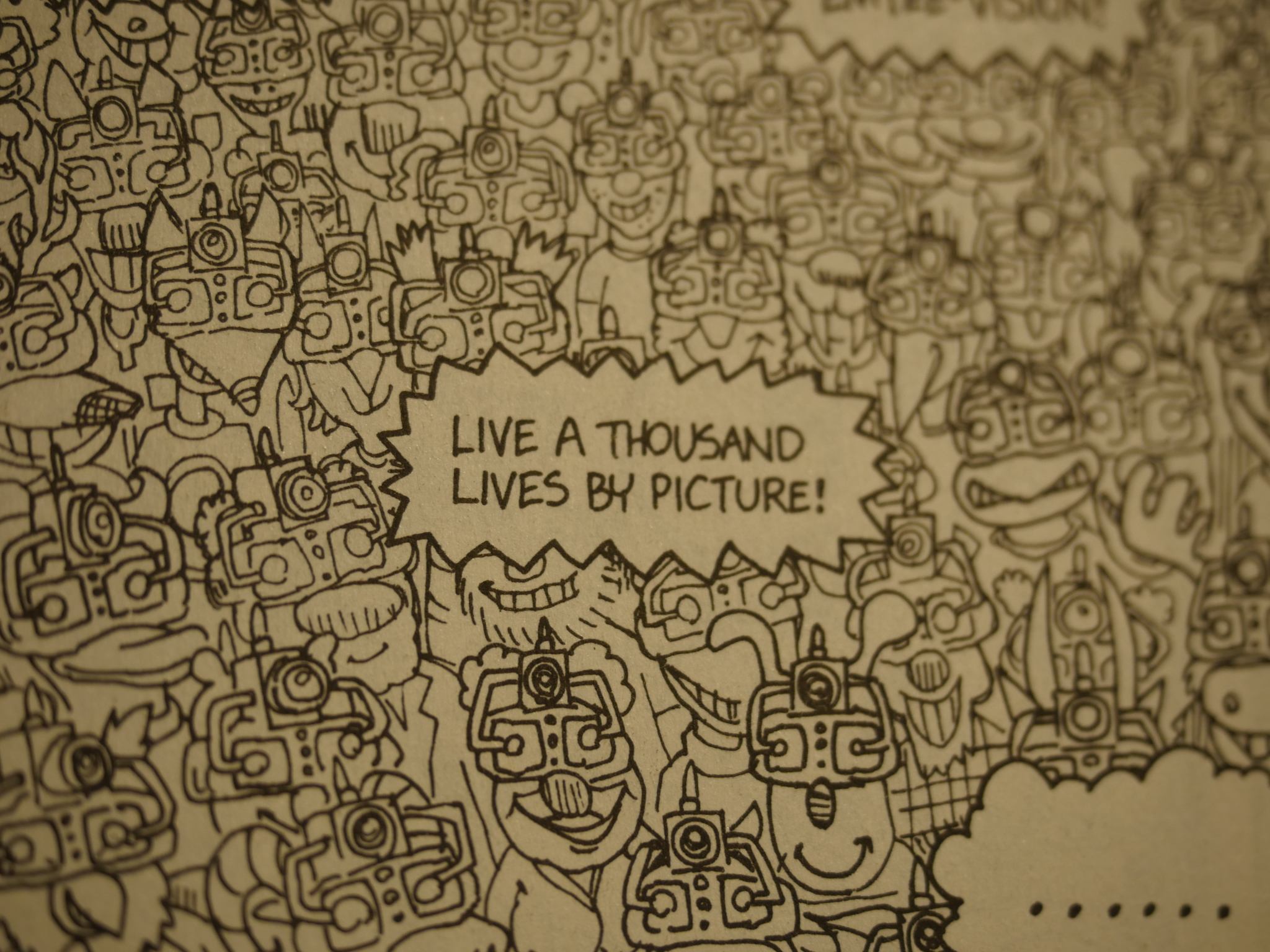 Hey! Let’s say that’s a reference to Tuxedomoon, and here’s the song where that lyric is from:

Morgan continued publishing Fission Chicken sporadically during the 90s via Shanda and Mu. After that, Fission Chicken was published online until 2010 when Morgan died. No collected edition seem to have been published.