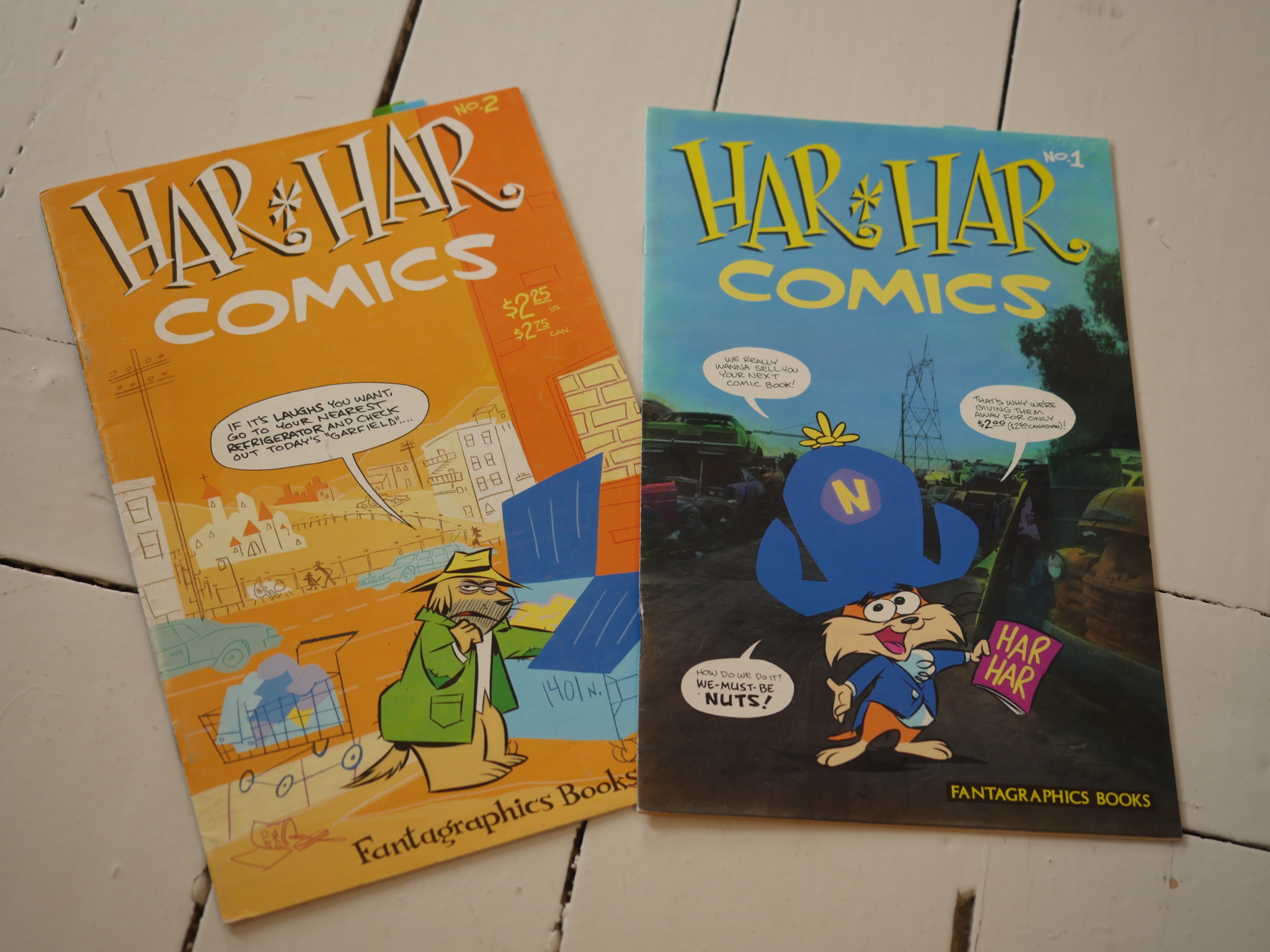 After Captain Jack was cancelled, Fantagraphics gave Kazaleh another go with this very short-lived series: One issue in 1990, and another in 1992. (The indicia in the latter issue lists it as being published “bi-annually”, which I guess is right in some jurisdictions.) 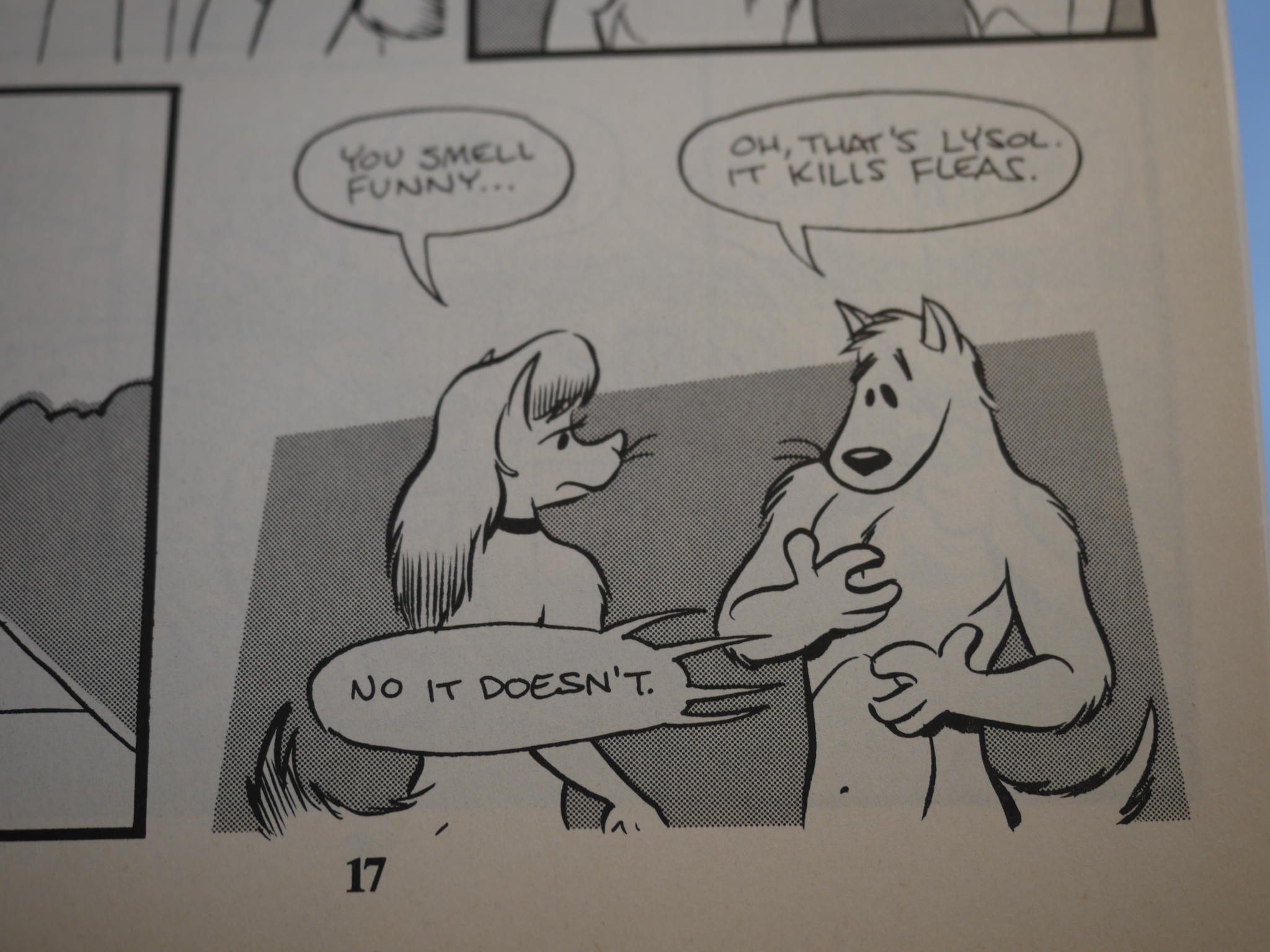 The two issues mostly consist of short gag pieces, but there are also some longer stories, like this one about anthropomorphic pets. It’s consistently amusing, and sometimes quite funny. 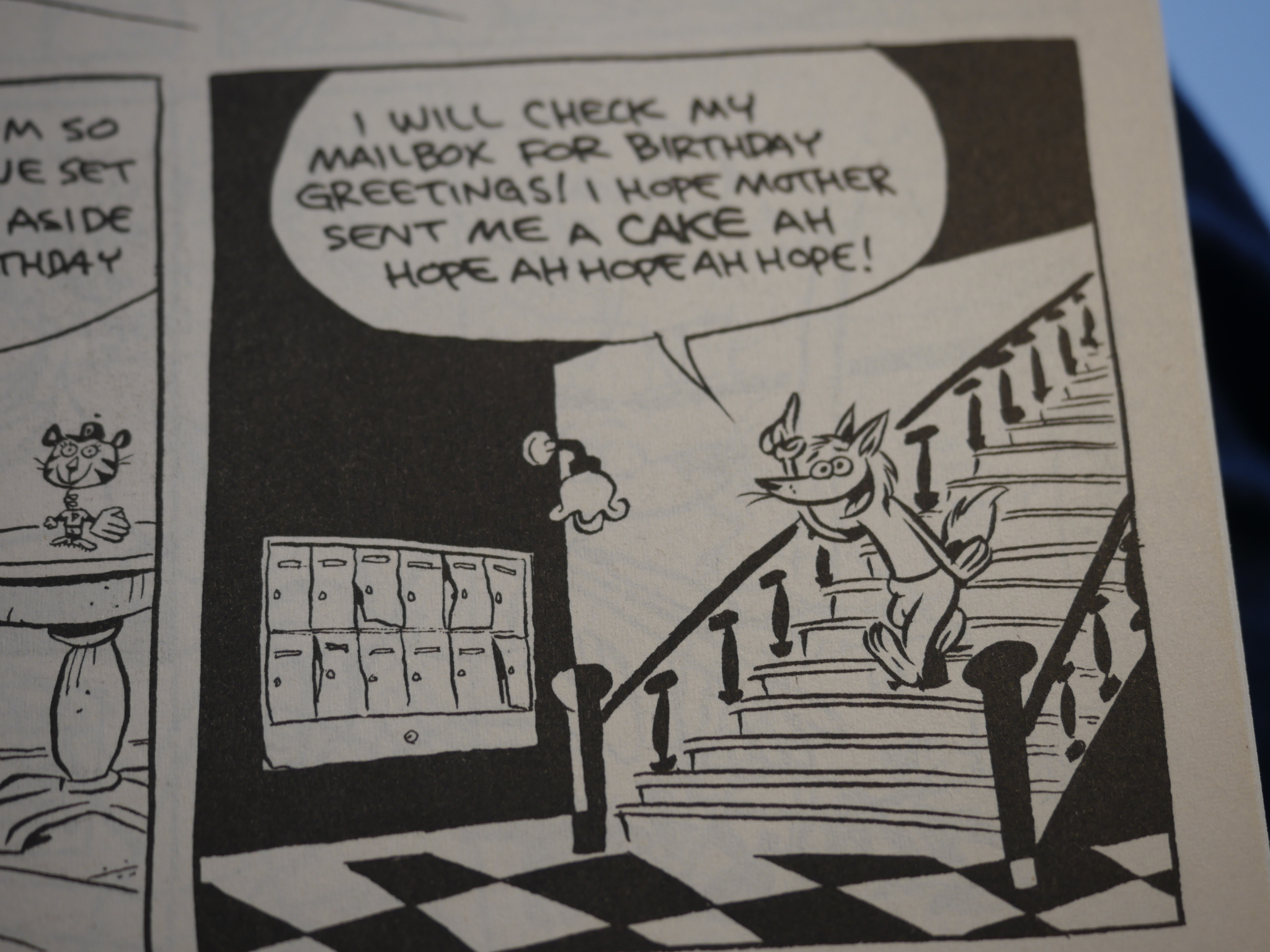 But the main charm of it all is Kazaleh’s irresistible cartooning. It’s just so lively and perfect. I’ll read anything he does just because I want to look at these drawings.

Some of the stories are touching, too, like this one about Hyper Al’s birthday. 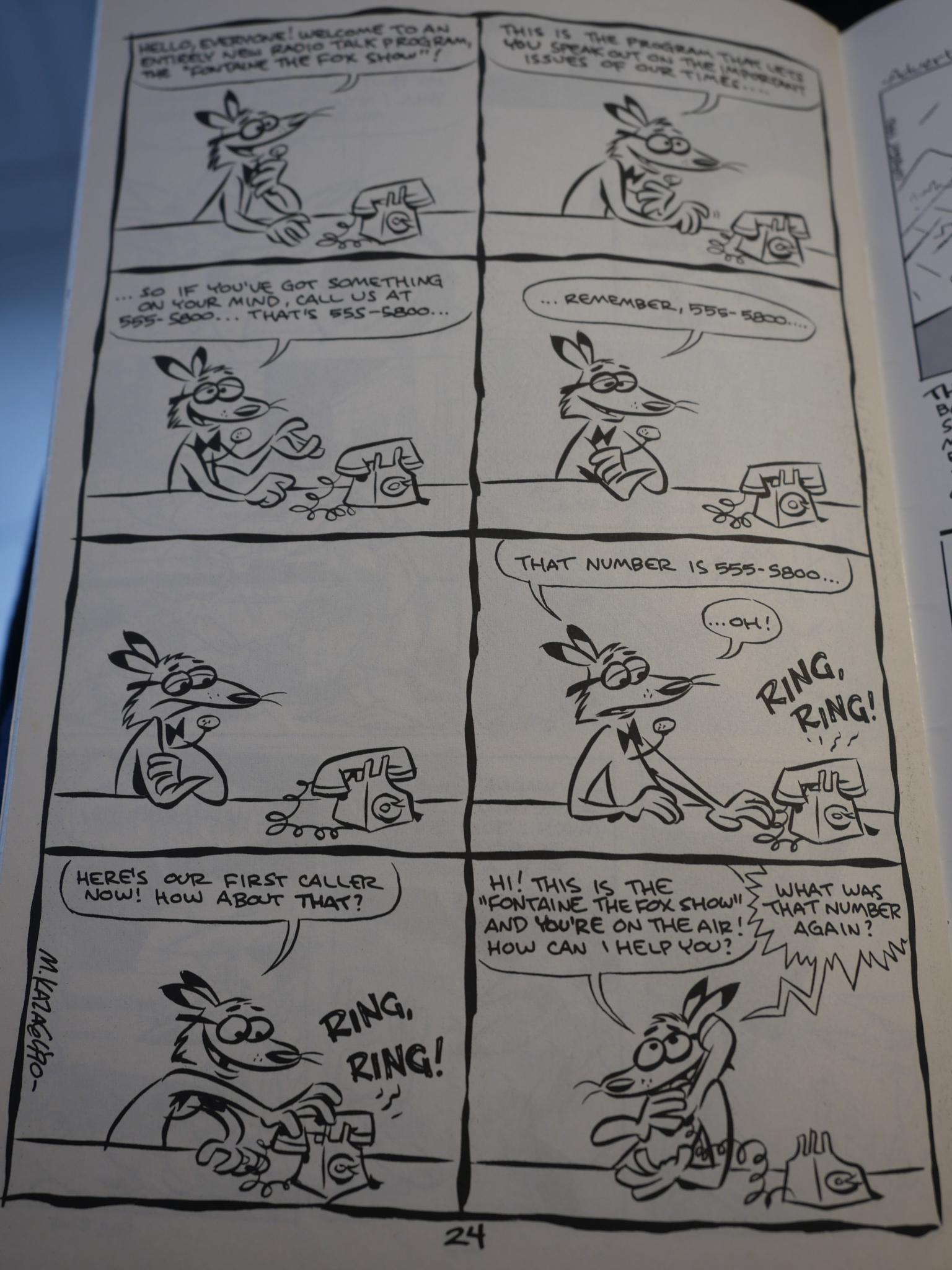 On the other hand, not all the gags really fire on all cylinders. But that’s fine.