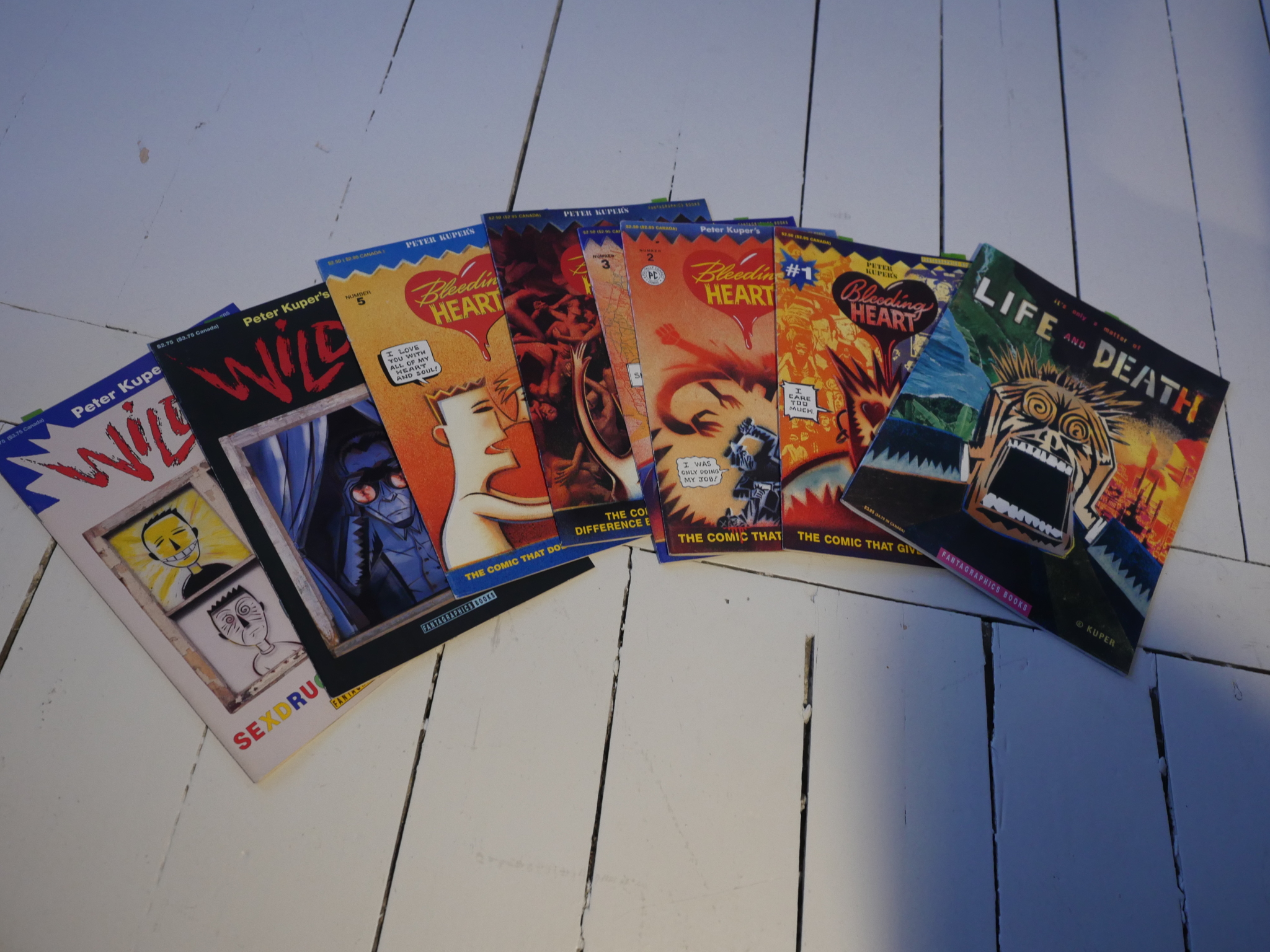 It’s Only a Matter of Life and Death is yet another one of these, but most of the material here comes World War 3 Illustrated and Heavy Metal. 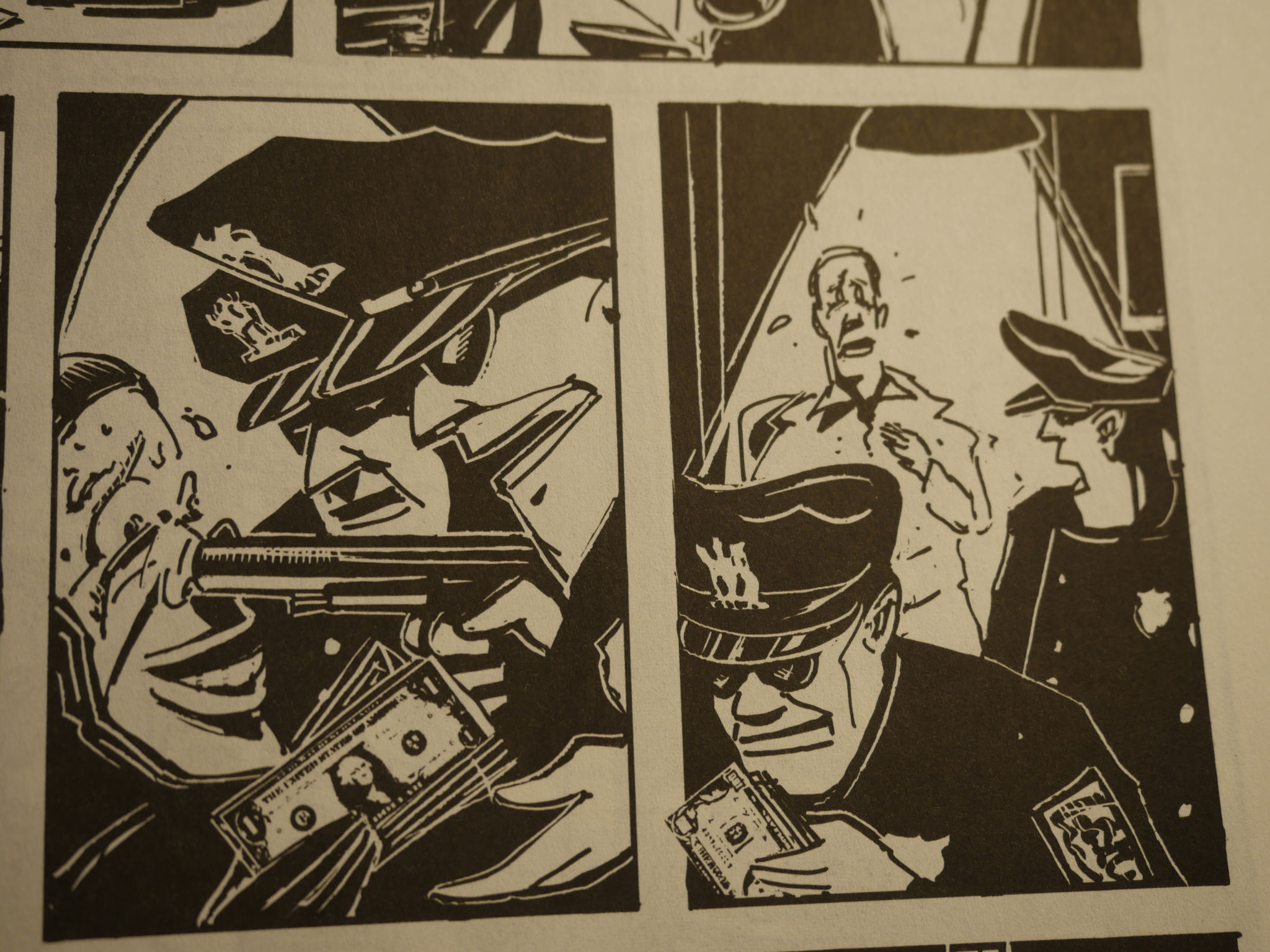 Among these is the famous One Dollar story, that I think was extended and published as its own book later? Although the Internet disagrees with me here, which just goes to show that you can’t trust the Internet any more. 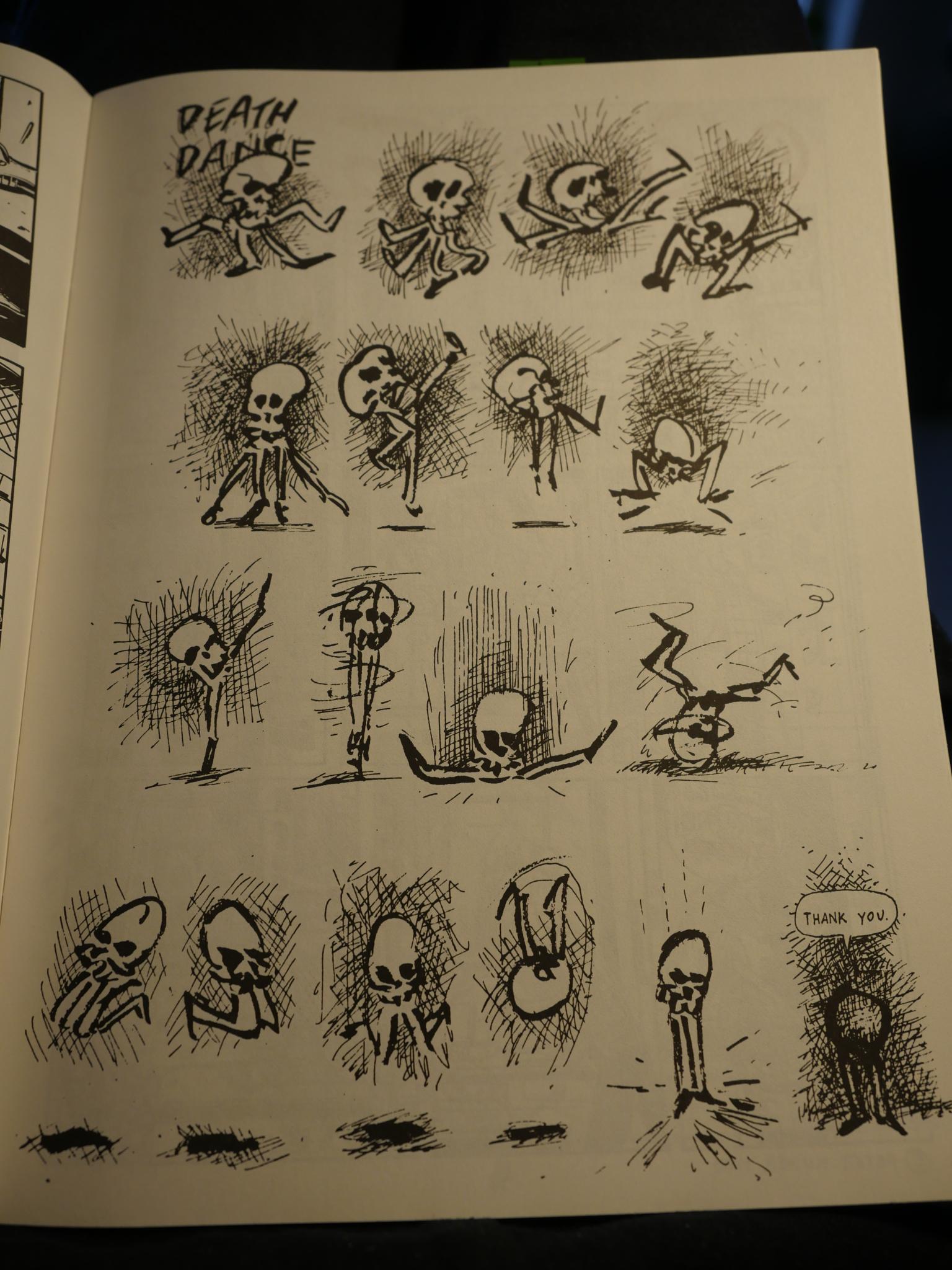 Most of the stories are in Kuper’s familiar scratchboard-like style (but not done on scratchboard, I think), but there’s a couple of completely oddball pages like this one. 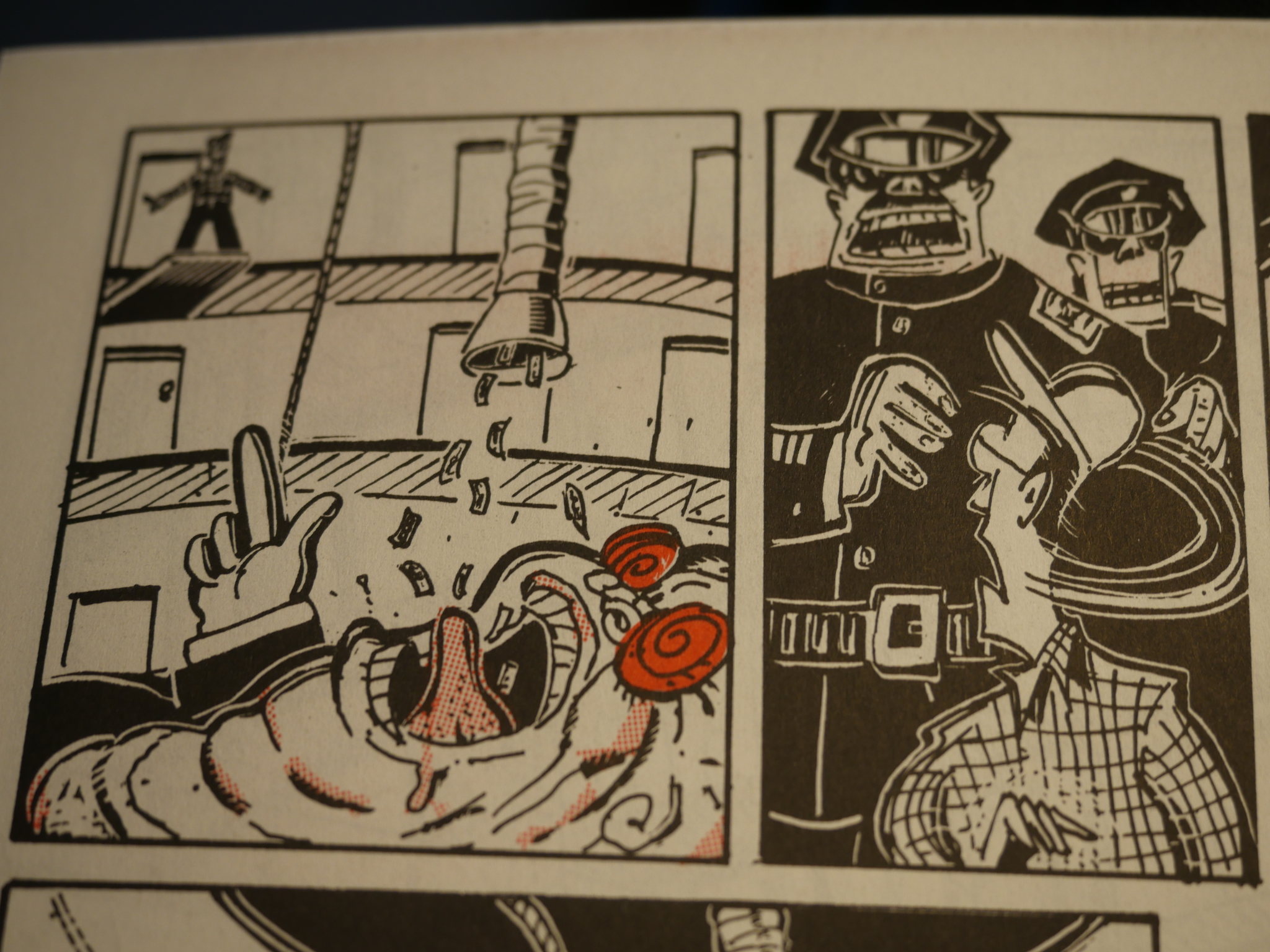 And Fantagraphics have even splurged for an additional colour on one of the stories! 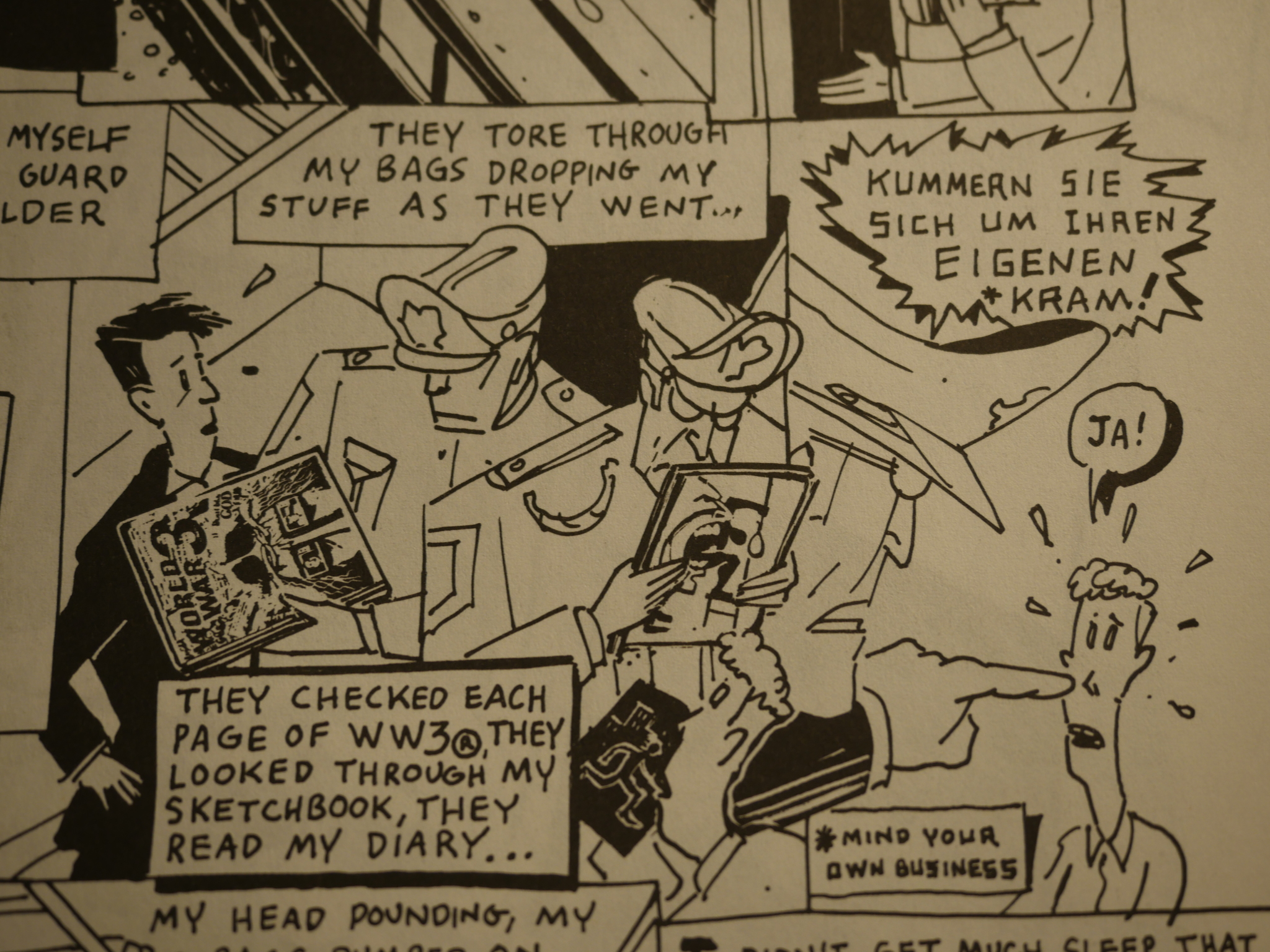 Rounding out the magazine, we have an early travel comic from Kuper. These are usually taken from his notebooks that he draws while out travelling, and is in a completely different and more spontaneous style than his normal style. This one deals with a rather harrowing border crossing into Germany in the good old days (i.e., the 80s). 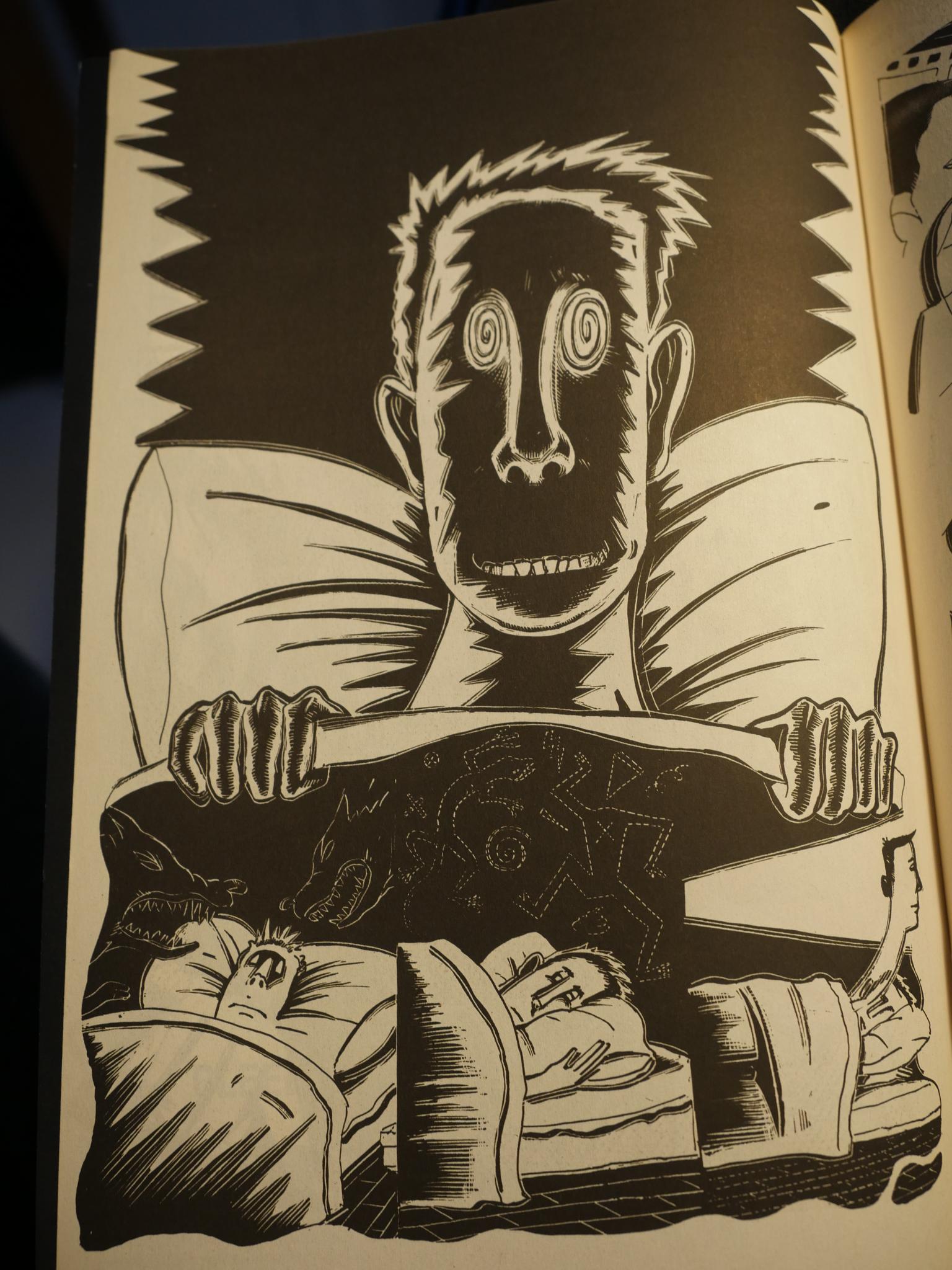 Next up we have the five issue Bleeding Heart series, which is in standard US comic book size, and continues the reprints from WW3 and Heavy Metal (and Real Girl, Itchy Planet, etc).

My, that’s a very handsome page. 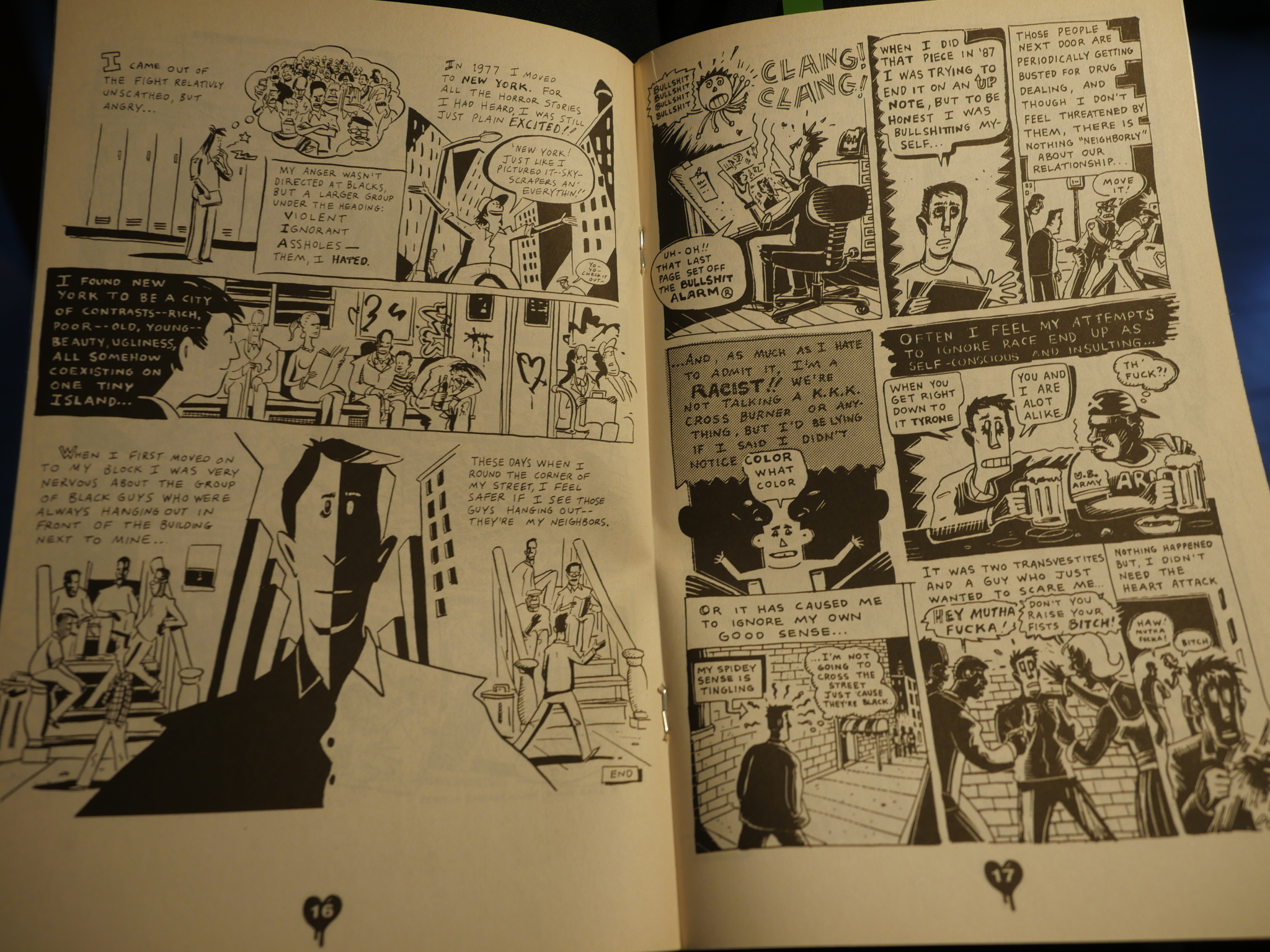 One fun bit here is that he’s added a couple of pages to one of the pieces he’s reprinting giving it a critique.  I don’t know whether the coda was added for this printing or the previous one, though. I remember reading it before, but it may be from when I read this comic book originally in the 90s or when I read it in (I think) WW3. Aren’t I a bundle of knowledge today! Hm… comics.org seems to imply that it was added for this printing. 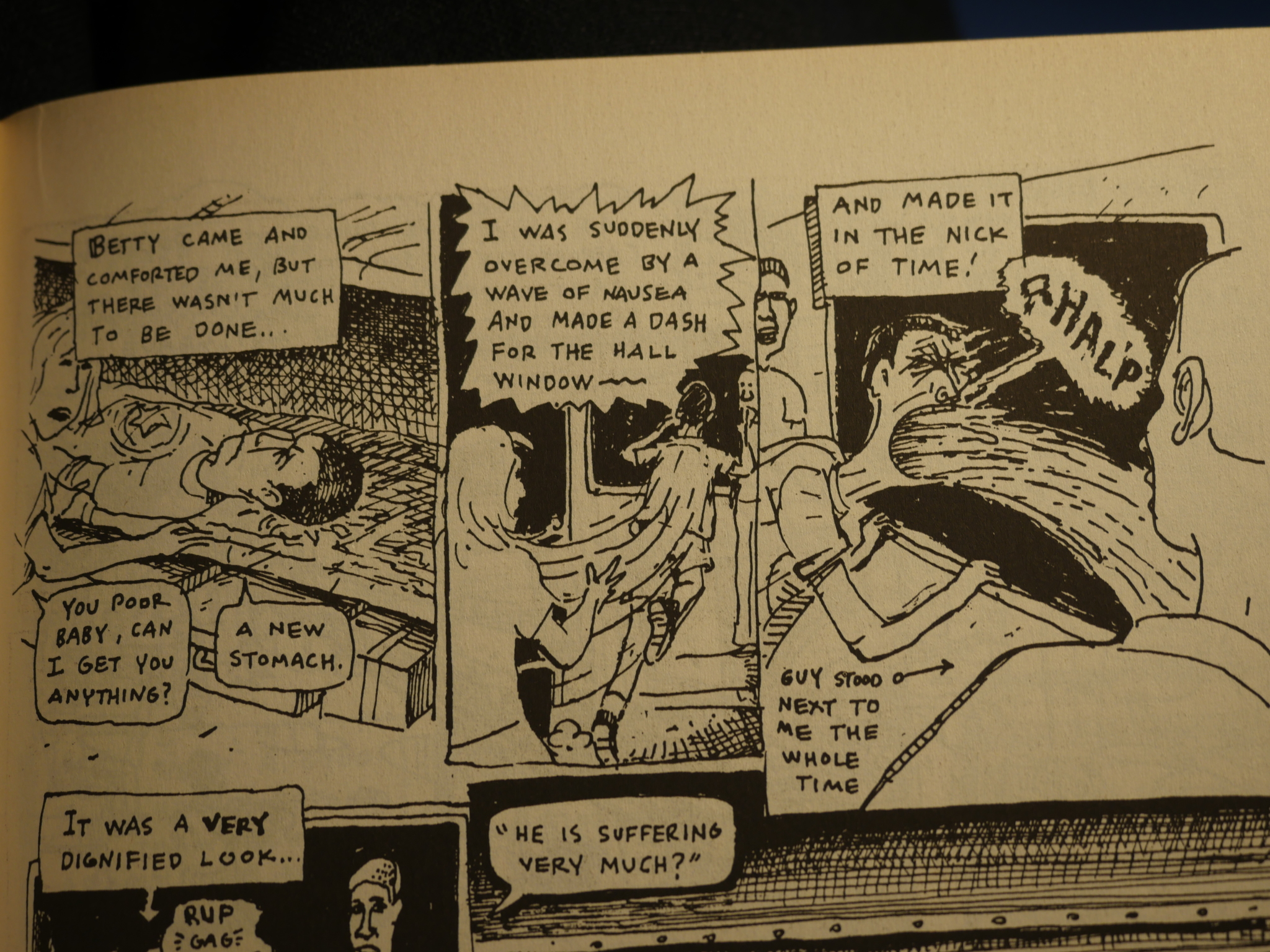 The travel stories are very exotic. Here they are in Tanzania. 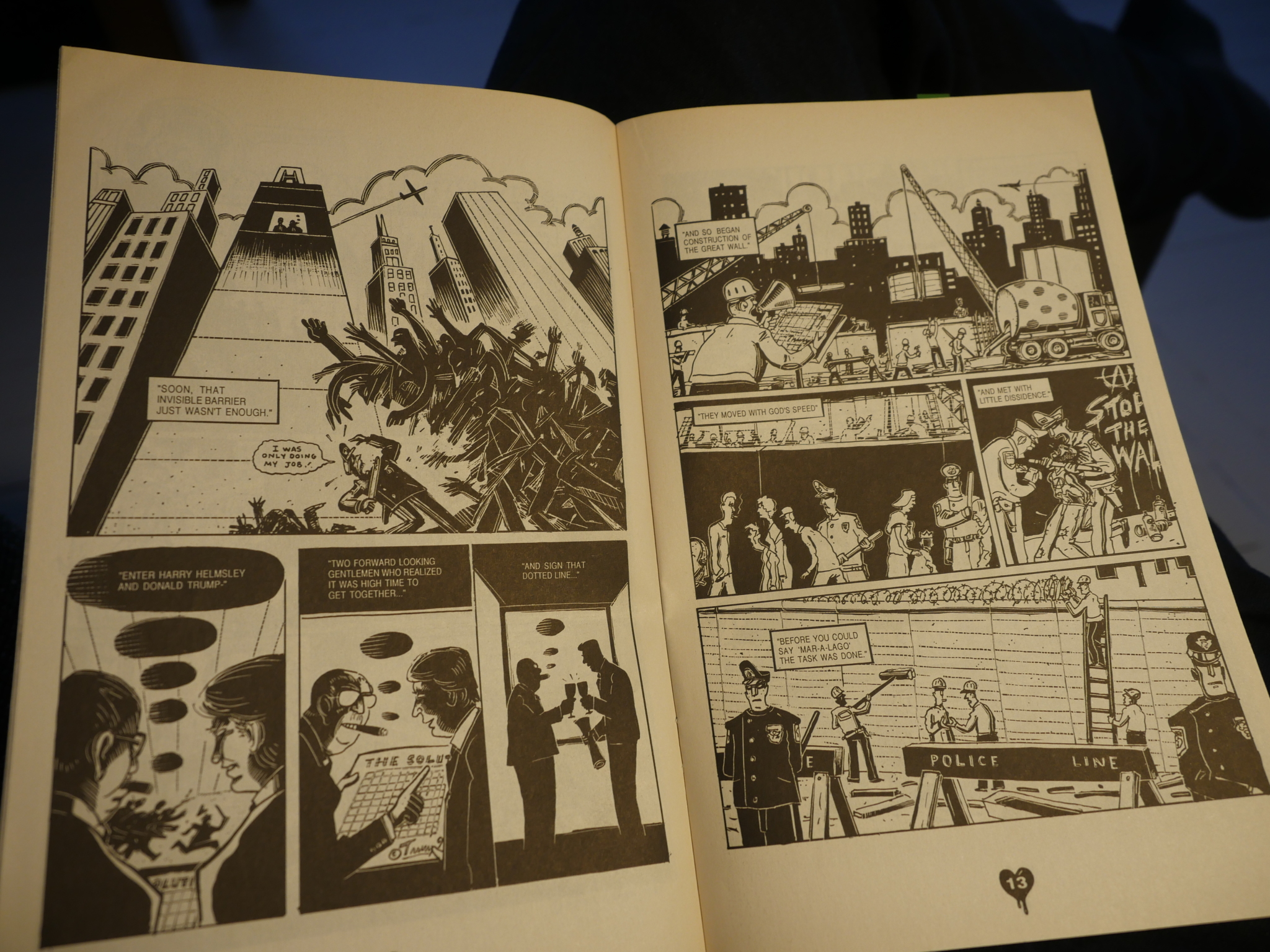 Here we see Donald Trump building a wall across Manhattan to keep the poor out. This seems eerily prescient. 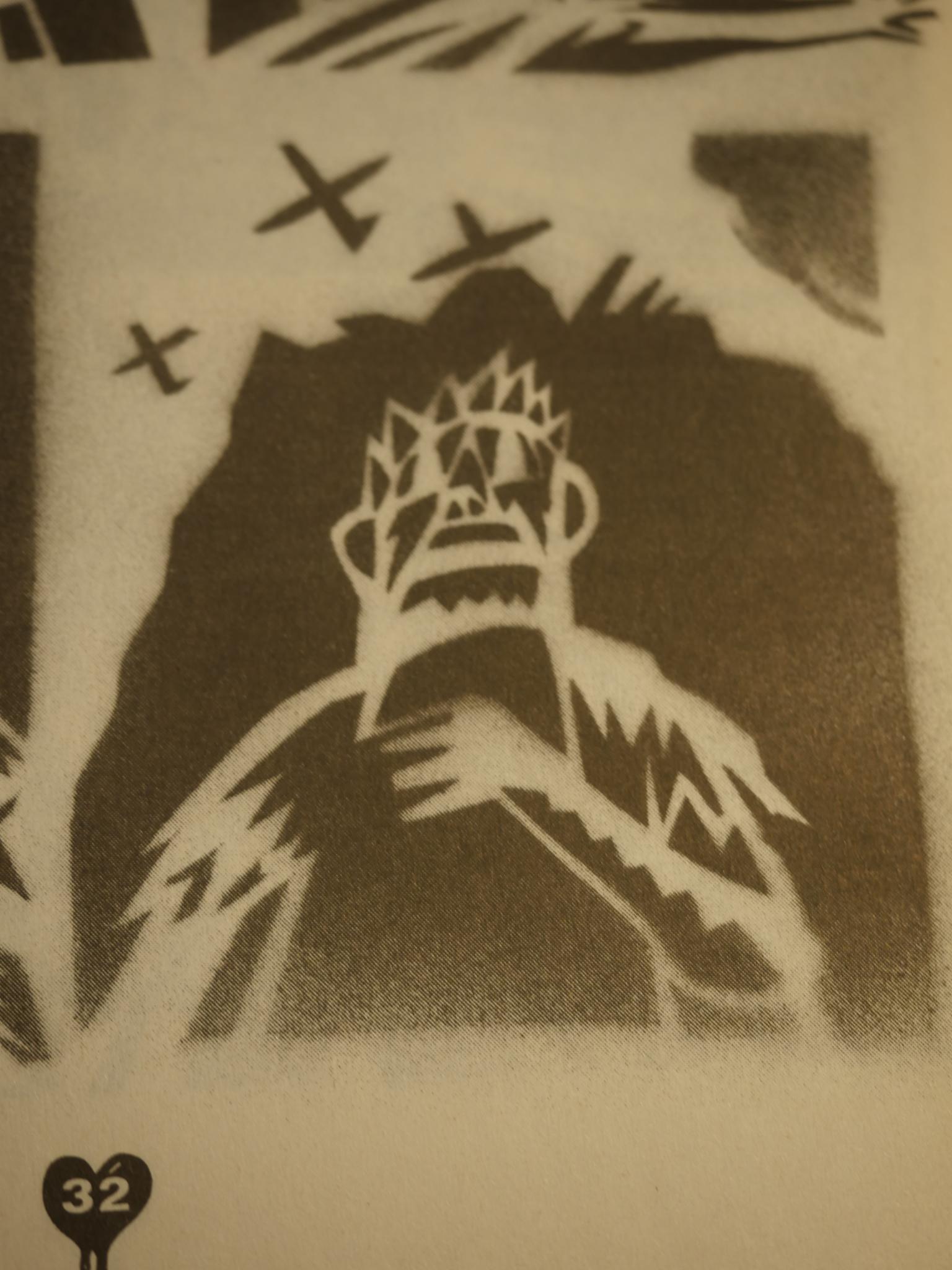 I’ve always wondered how Kuper achieved this stencil look. Is he somehow using an airbrush to get the effect? Perhaps I should do some research!

Oh, apparently he spray-paints over stencils… I guess you get that shaded effect by slightly lifting the stencil. Or something. 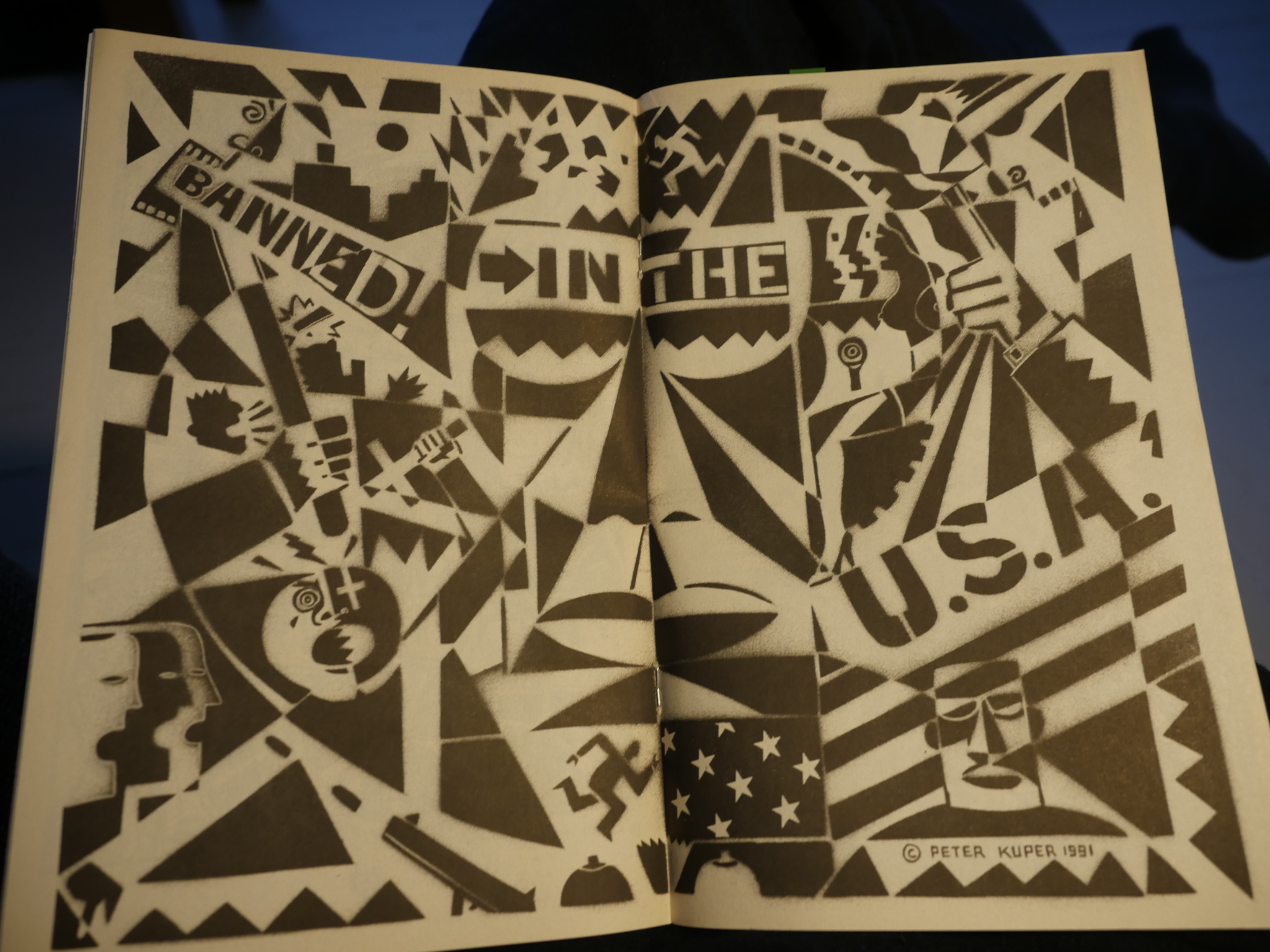 Speaking of stencils… My, that’s a handsome spread. 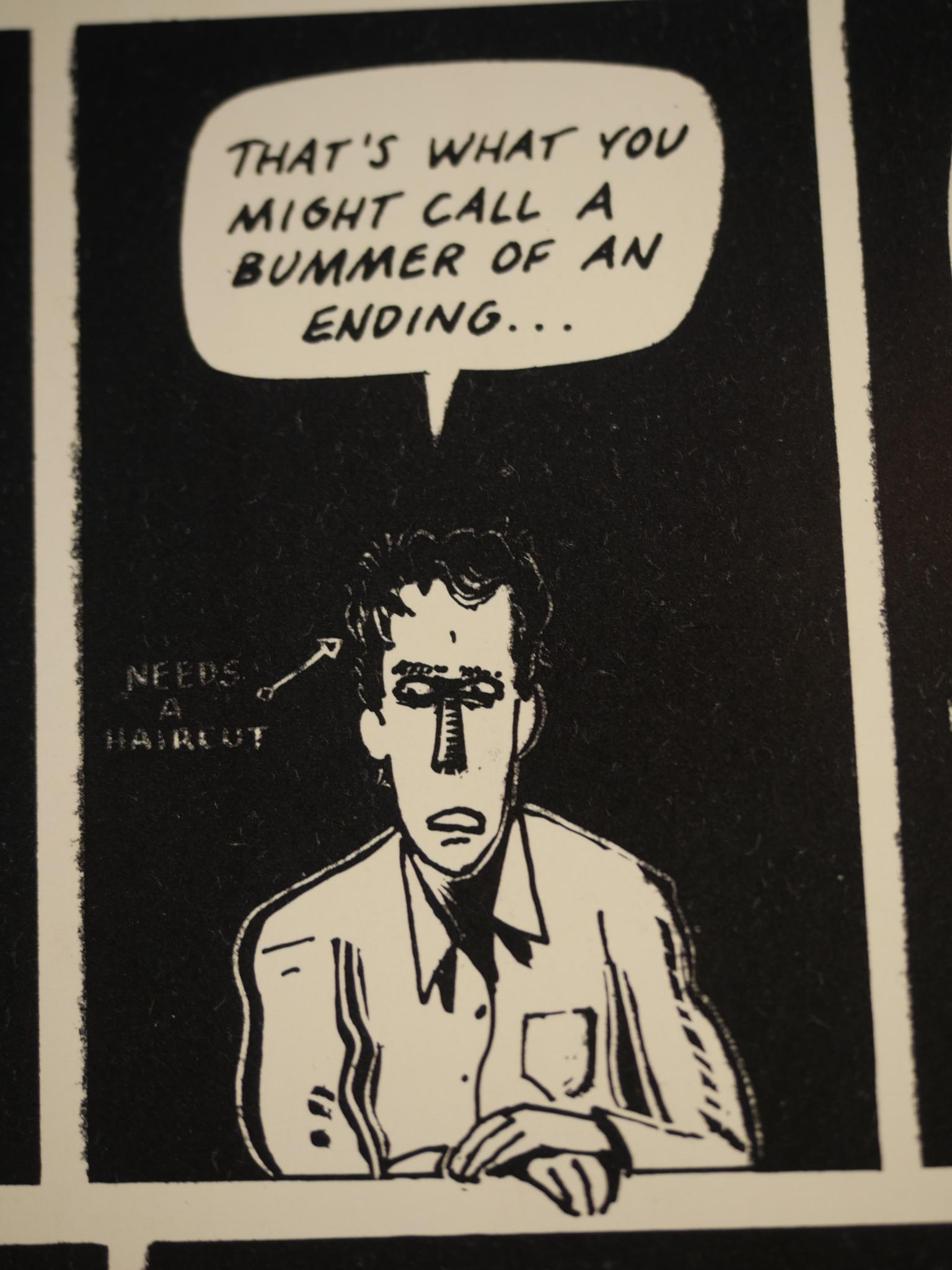 He continues to offer the occasional critique of the older stories throughout the series, but I think the last couple of issues are mostly original work. 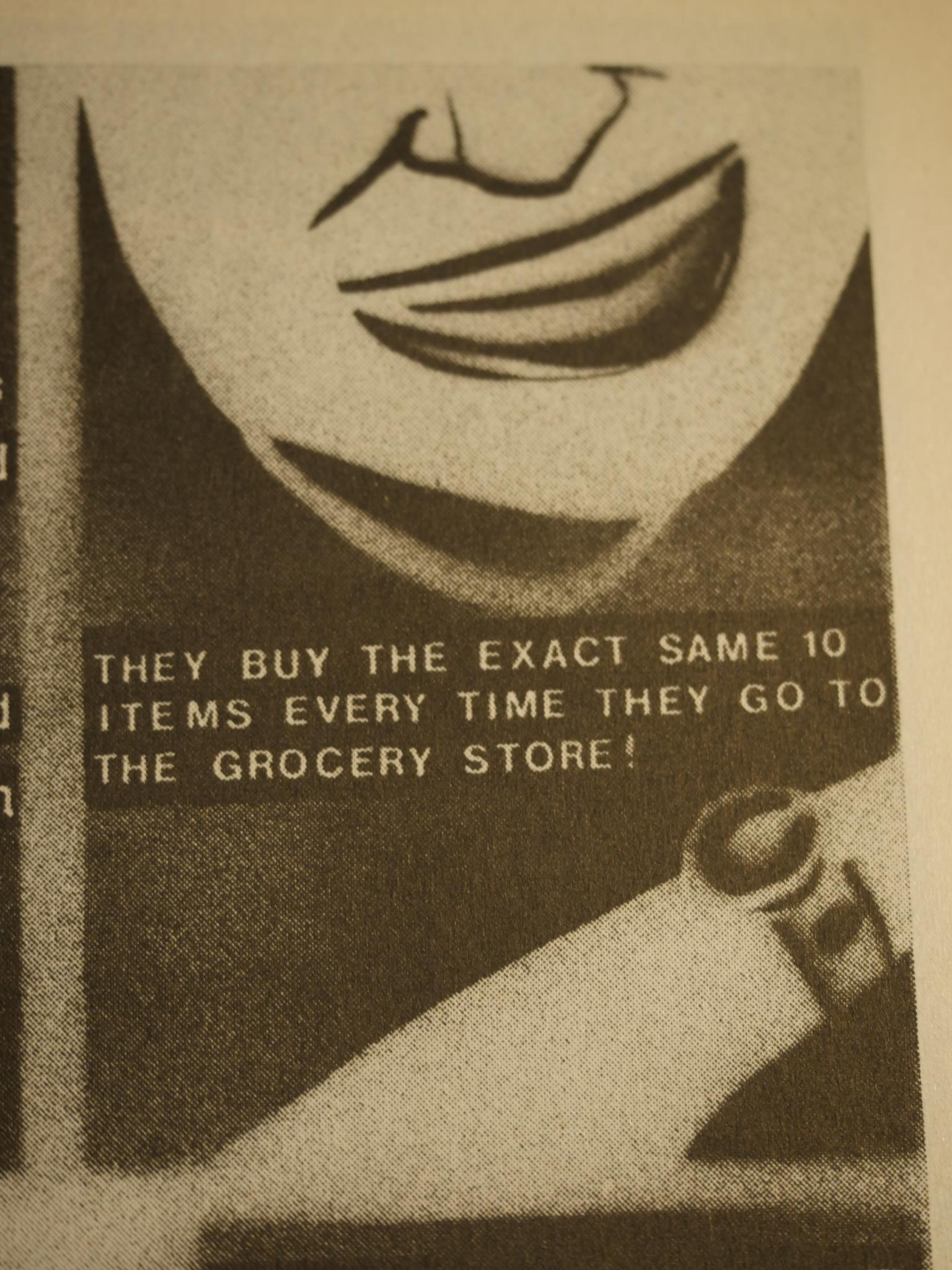 From “What’s Bad About Men” where he illustrates some reflections on men by some women. 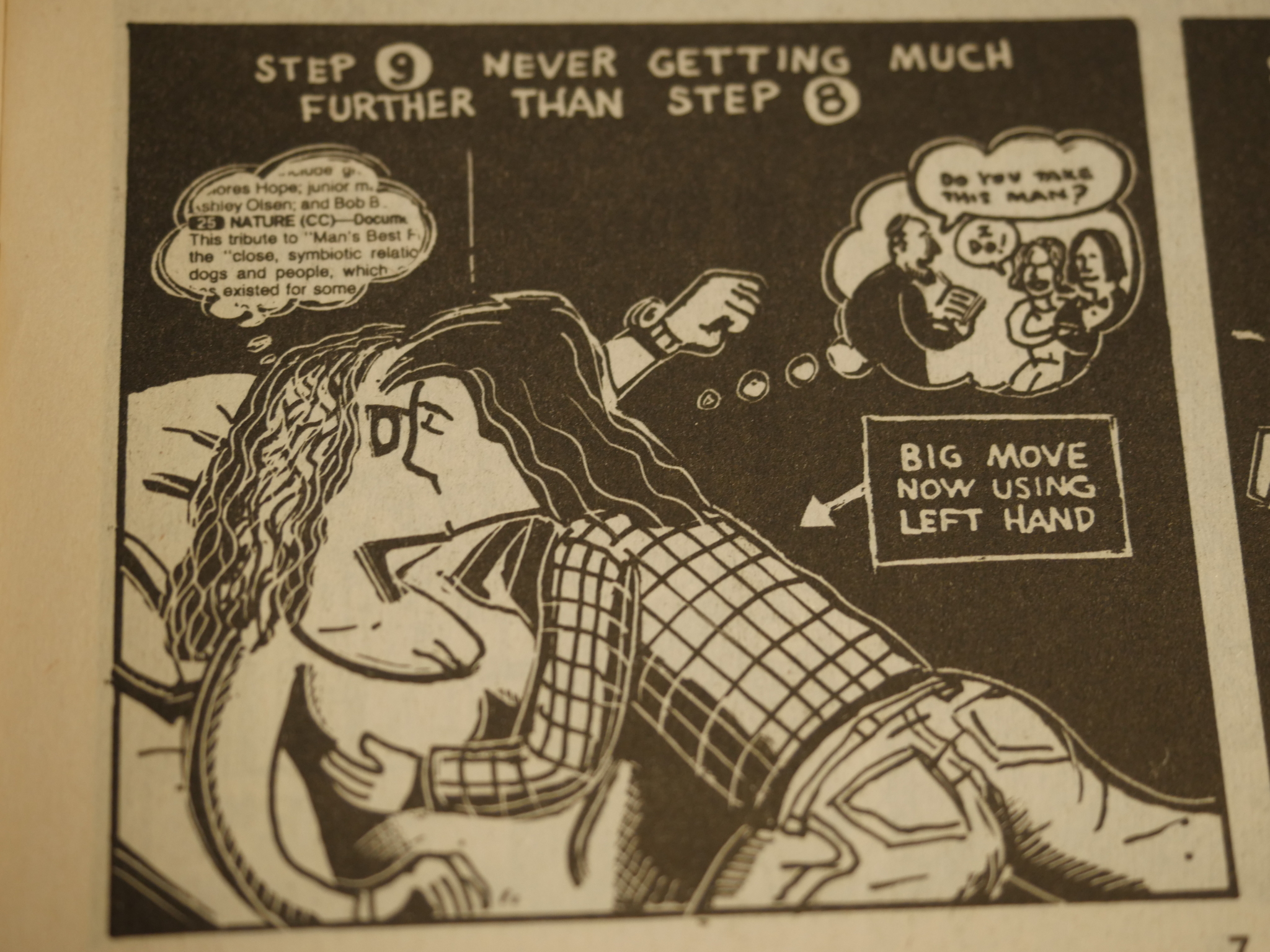 Finally, we have the Wild Life series, which only lasted two issues before being cancelled. The stories in the second issues have the text “to be continued” underneath the final panels, but I don’t think they ever were. 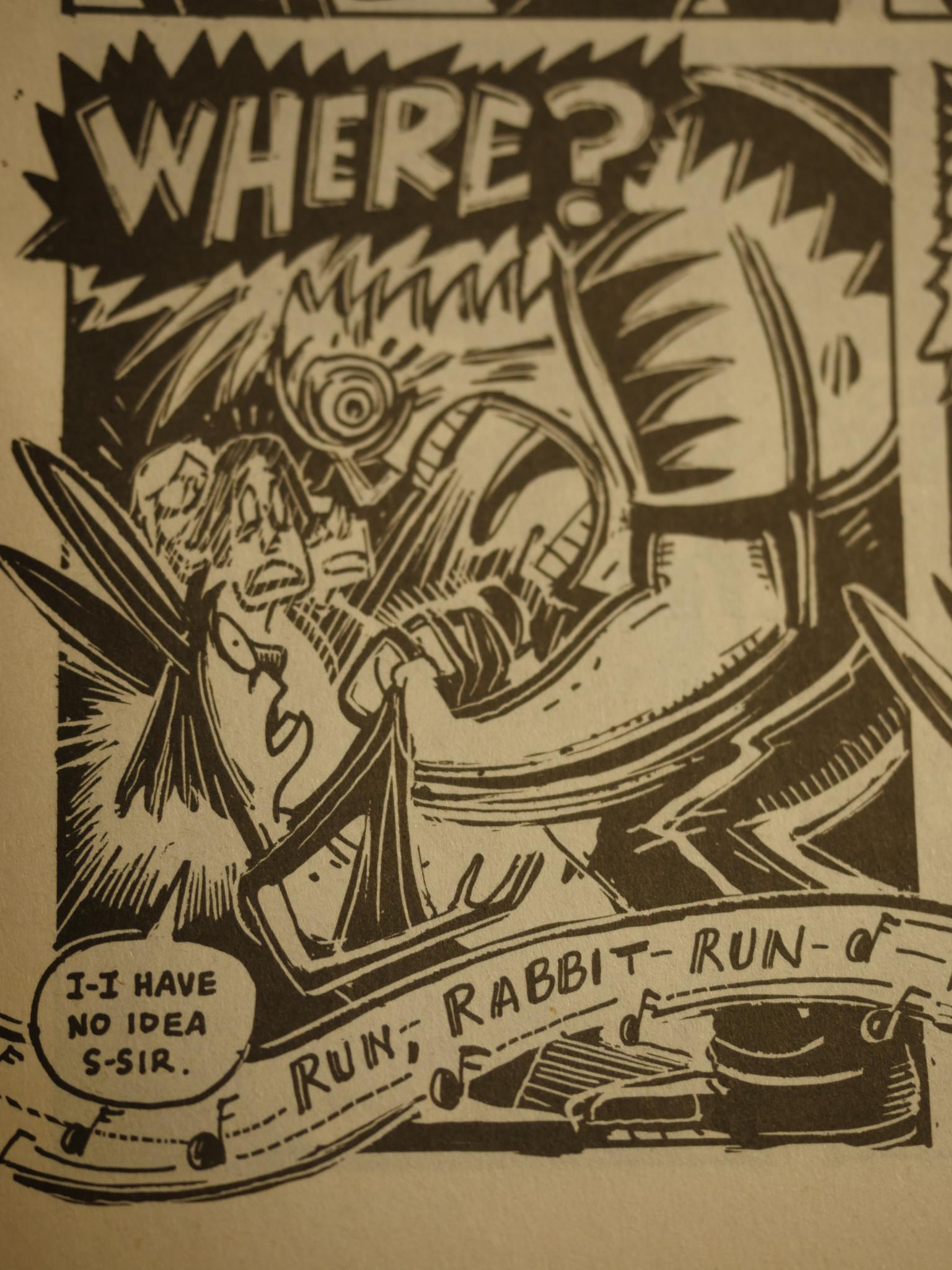 Anyway, the stories are autobiographical, and are all about sex and drugs and growing up. While interesting and phenomenally drawn, they seem perhaps a bit slight in comparison to the material in Bleeding Heart. Bleeding Heart really worked as a comic book: The mix of stories (some angry, some political, some very personal, some funny) felt well thought out and makes for compelling reads. Wild Life is a bit more one note, but doesn’t really offer increased depth in exchange for the loss of variety.

Peter Kuper is still active today, and has published quite a few amazing books over the years.