Lust of the Nazi Weasel Women #1-4 by Mitch Manzer. 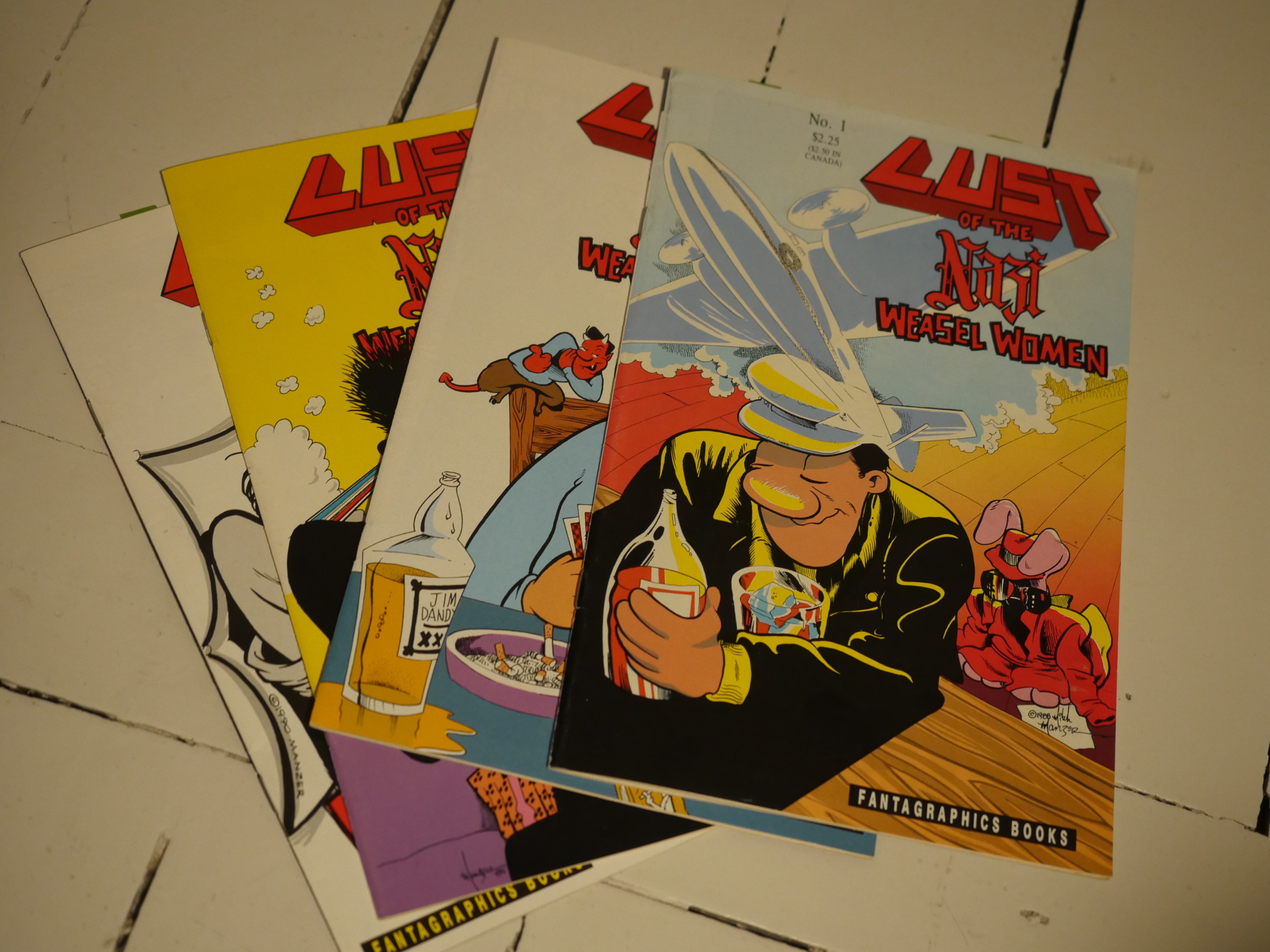 Manzer had previously done the very amusing Rory Randall, the Singing Cowboy serial, but Lust of the Nazi Weasel Women is his first (and only, I think) solo series. 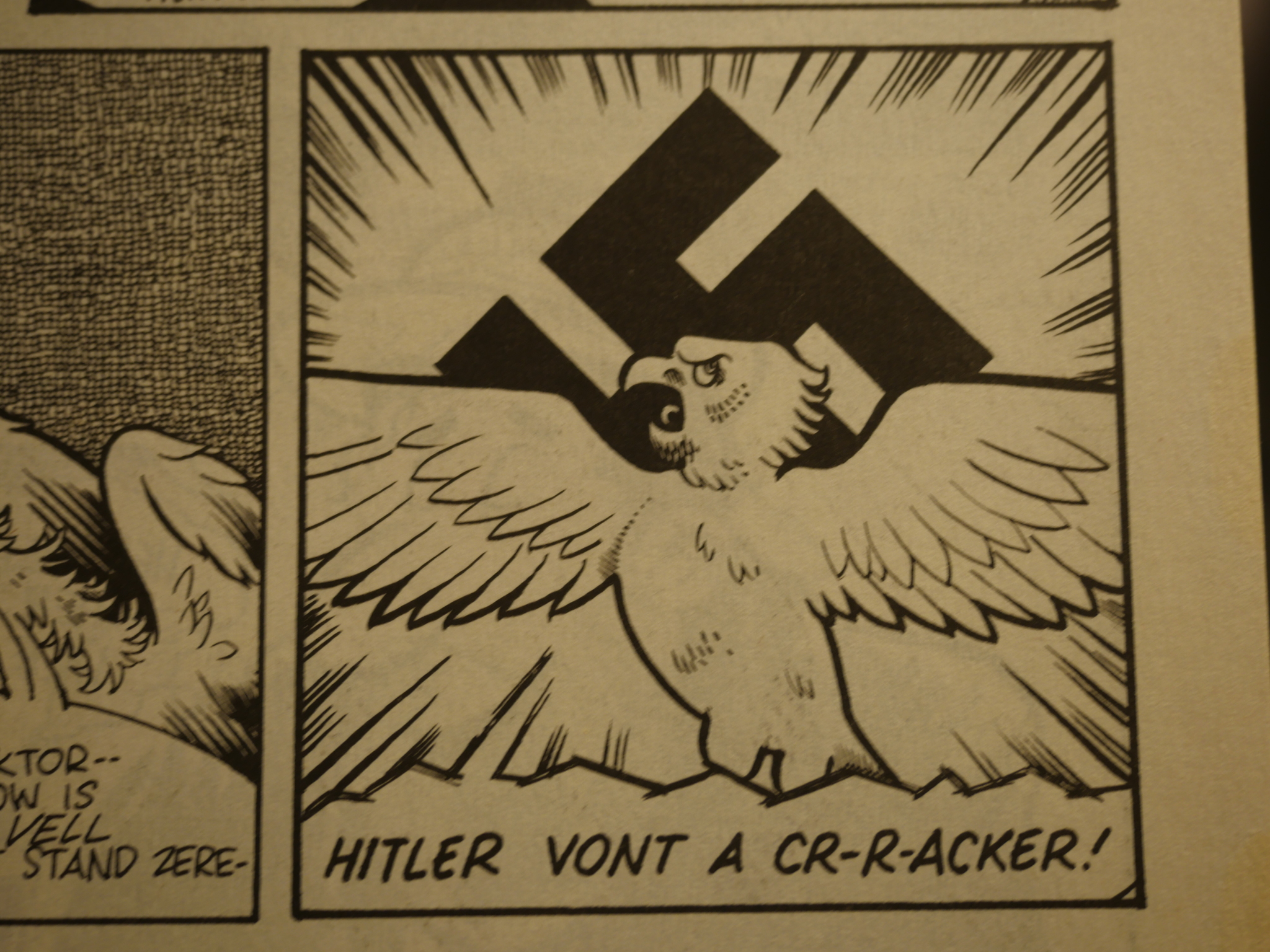 As with the Rory Randall series, what we have here is a number of really silly concepts mashed together (Hitler as a parakeet, I mean parrot; the Easter Bunny smuggling eggs), and then the action takes off from there, but doesn’t really go in any particular direction. 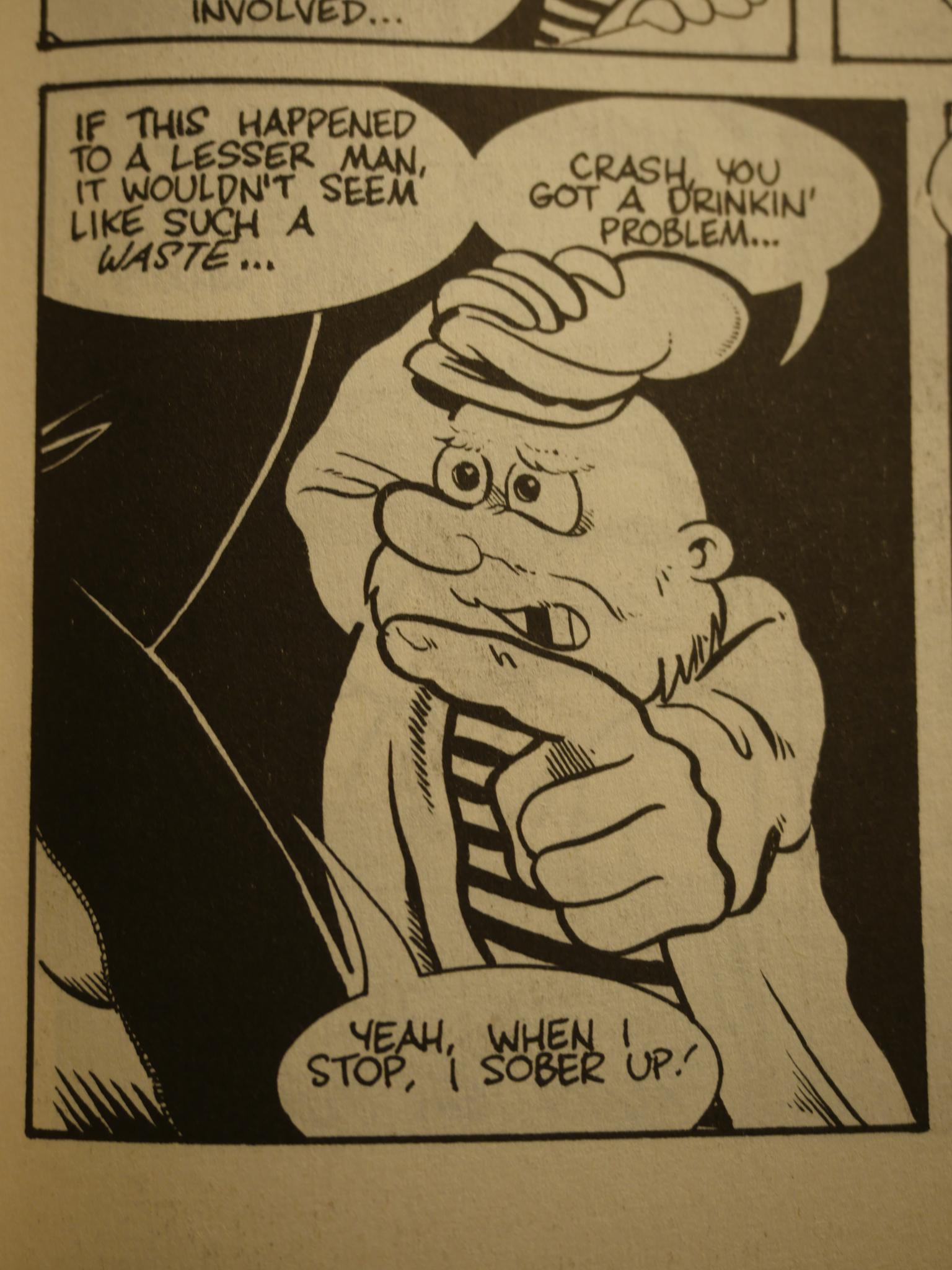 Instead we get a number of gags piled on top of each other. If you string a lot of bad jokes together zanily enough, you get a cumulative effect. 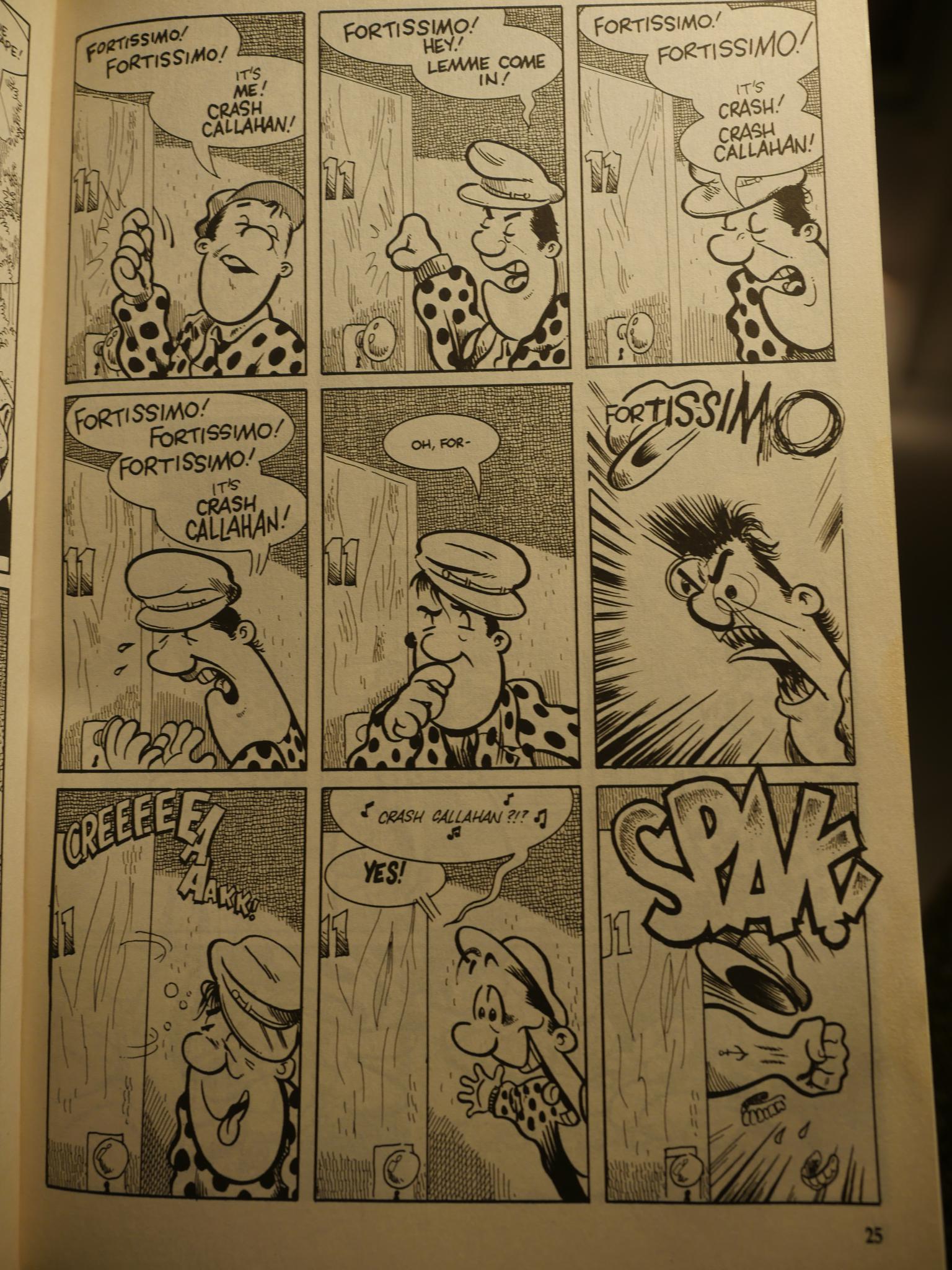 Manzer’s day job is as an animator, and you can really tell. Some sequences seem like they could have been storyboards for a cartoon, but it works on the page, too. 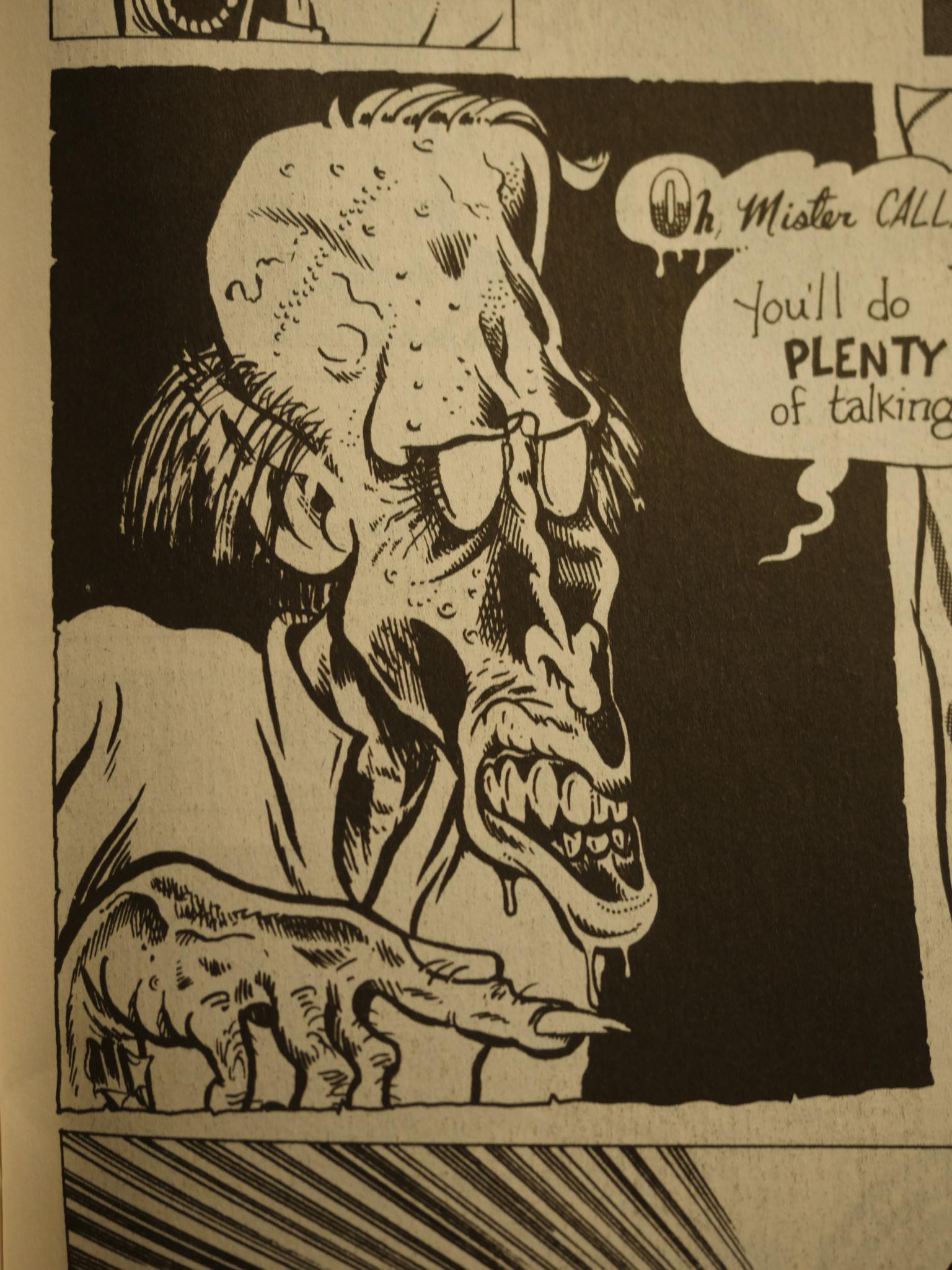 While most of the artwork is fast and friendly, there’s also the occasional freak-out, like in this drug induced sequence.

A lot of stuff happens in these pages, but you can’t really say that there’s much plot development. The first four issues were all about our hero getting a crew together to fly a plane for the Easter Bunny, and by the end of issue four they’re finally in the air. And then the series just stops.

We never get to see any Nazi weasel women.

Manzer doesn’t seem to have published any comics after this series was cancelled, but he seems to have been working in animation ever since.