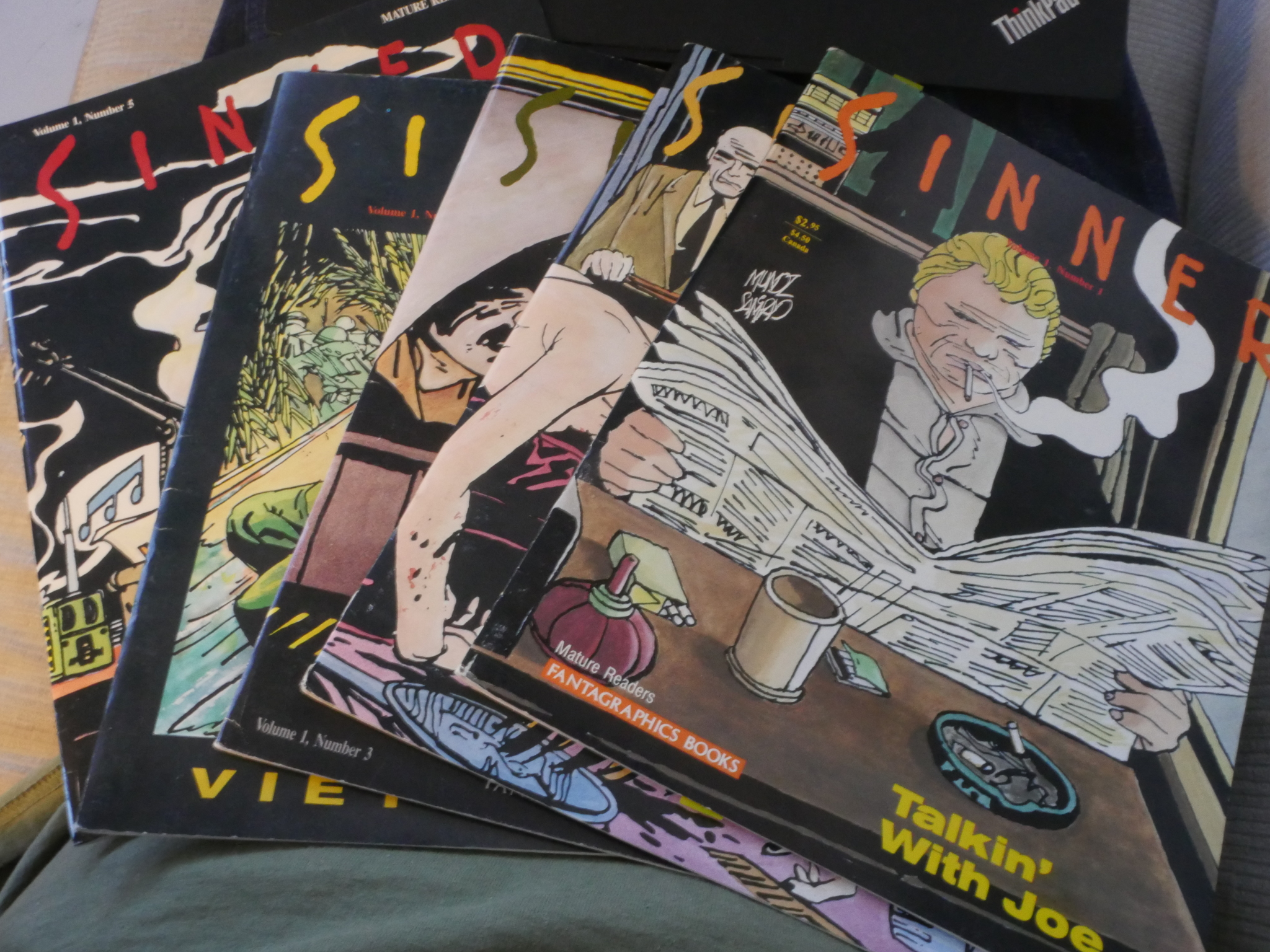 After the previous post which literally killed me, I (in a ghostly incarnation) decided to do a very small series today.

Sinner is one of the earliest attempts by Fantagraphics at bringing French-ey comics to the US. (The creators are Argentinian, but live in Europe and publishes in France and Italy.) These days, publishers seem to have found a format that’ll be successful enough: Huge whopping editions where they combine several original albums into a tome that’ll really hurt your toes if you were to drop it on your feet.

But this was 1987, and they were trying different format. For this one, they went with a magazine size, 32-page package in stiff covers.

They had great hopes: 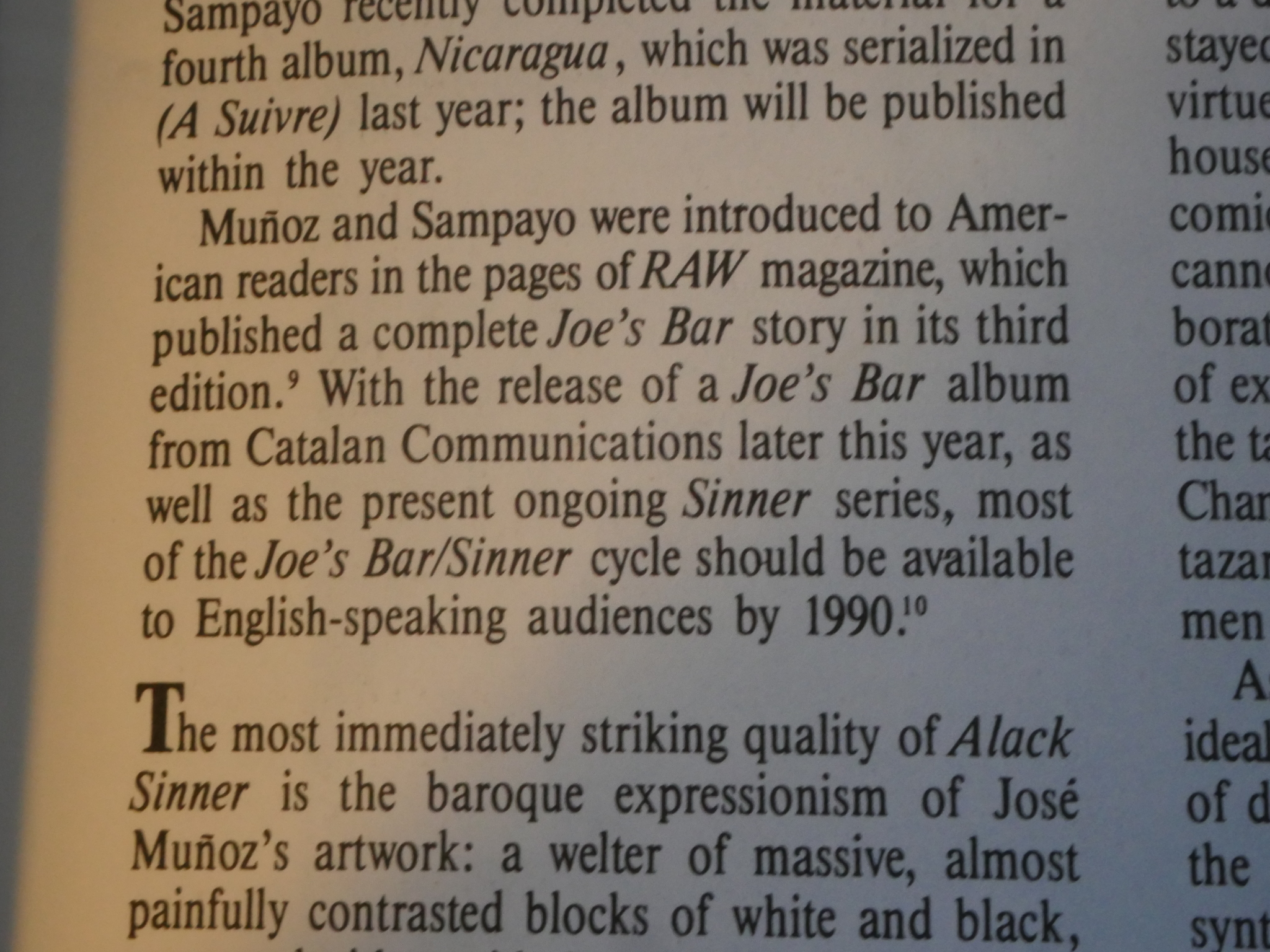 That did not happen, but the five issues they managed to publish before deciding they couldn’t afford to lose that much money (I’m just guessing here) are pretty spiffy.

The first issue is the strangest one. I have not seen the original, and it’s a pretty late story in the Alack Sinner cycle (but it is the Origin Story, and perhaps they felt that American readers need that first to get sucked in), but it seems like it’s been blown up from whatever format it was originally published in? 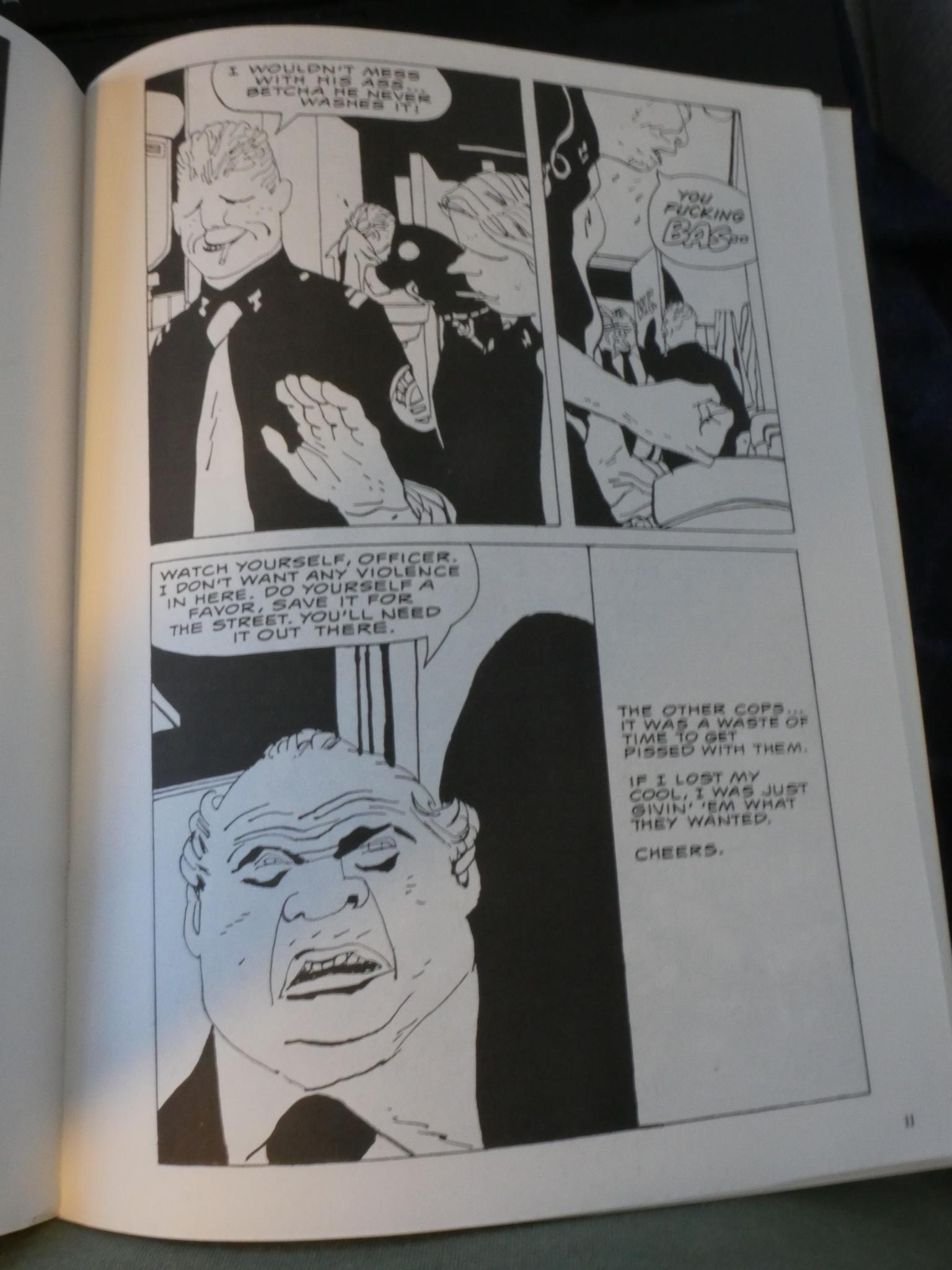 There’s way too much white space in that box at the right, and the lettering is strangely big. I’m guessing it was originally published in a three tier format and then hacked up into a two tier format? Or perhaps it was published in a pocket book format and just enlarged? 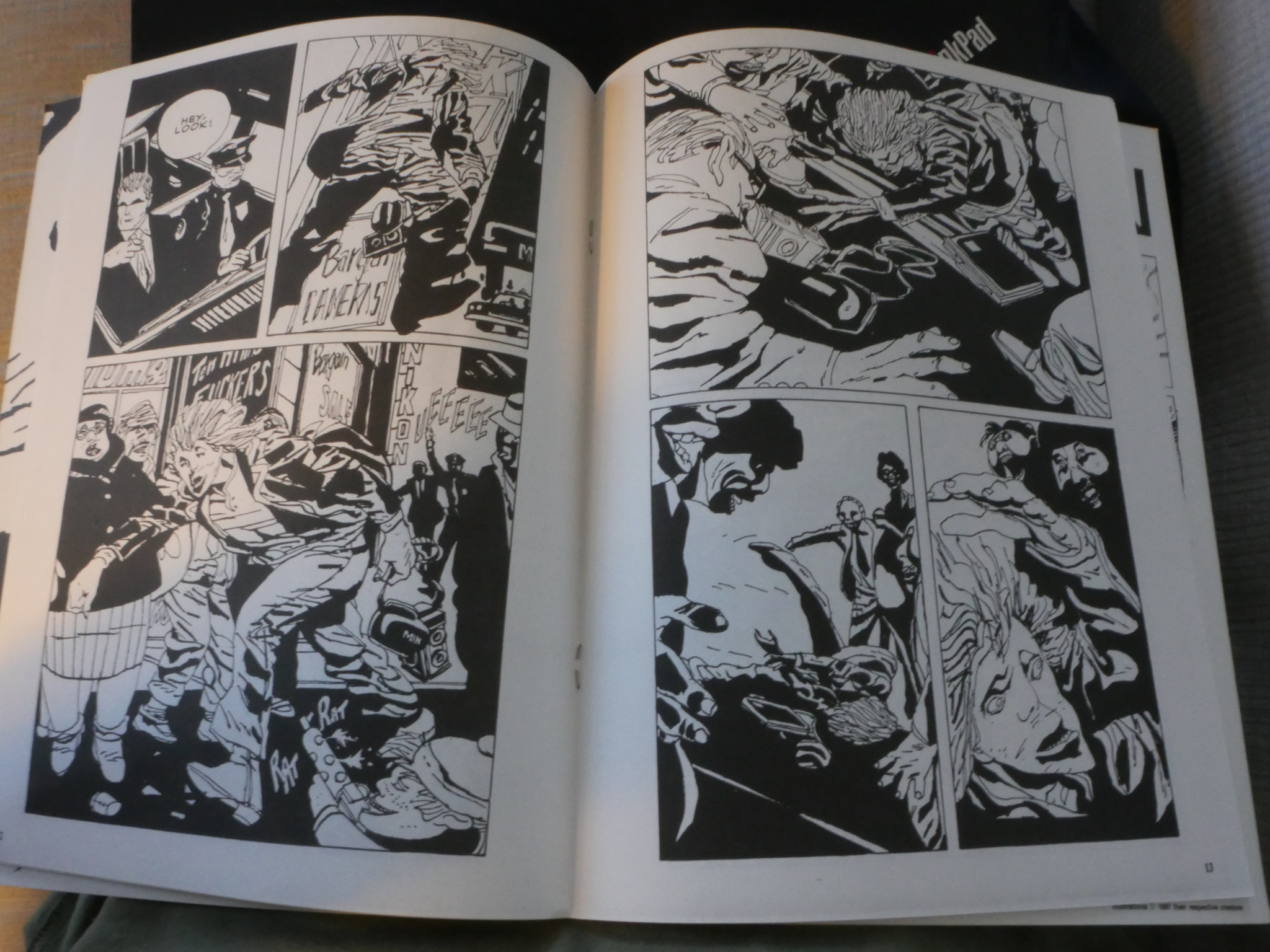 The super-hero artist Keith Giffen famously plagiarised Muñoz (or was very, very inspired by him) for a while. I think Giffen should have done more of that, because that was his best period. I mean, who can blame him for wanting to make pages like that?

Anyway, in issue two we jump back to the first Sinner story they made, and you can kinda see why they didn’t want to lead with that. 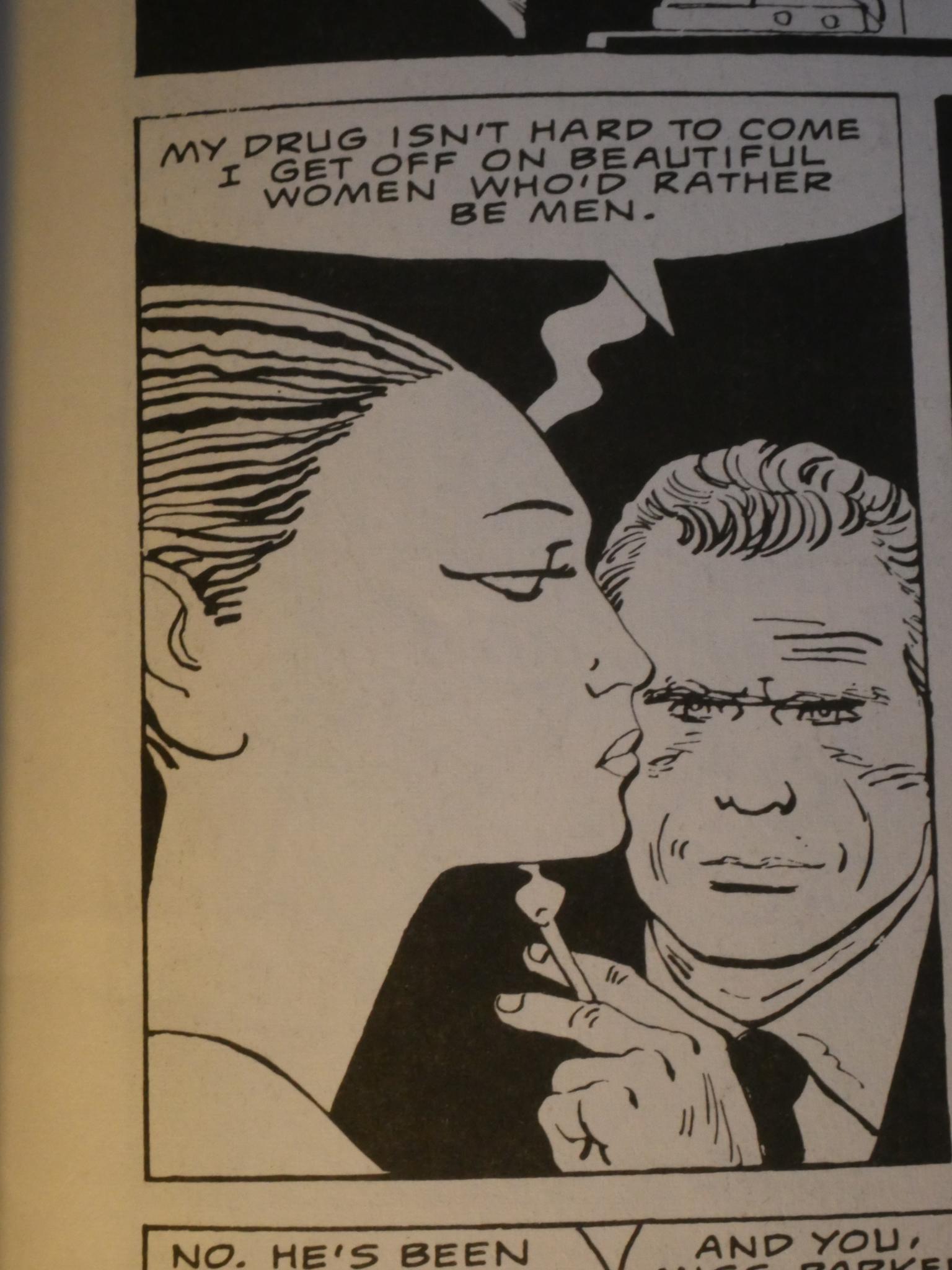 The art is more conventional, and it’s not immediately clear whether the tough guy talk is supposed to be convincing tough guy talk or a kinda parody on tough guy. That line up there makes you go “hm”… 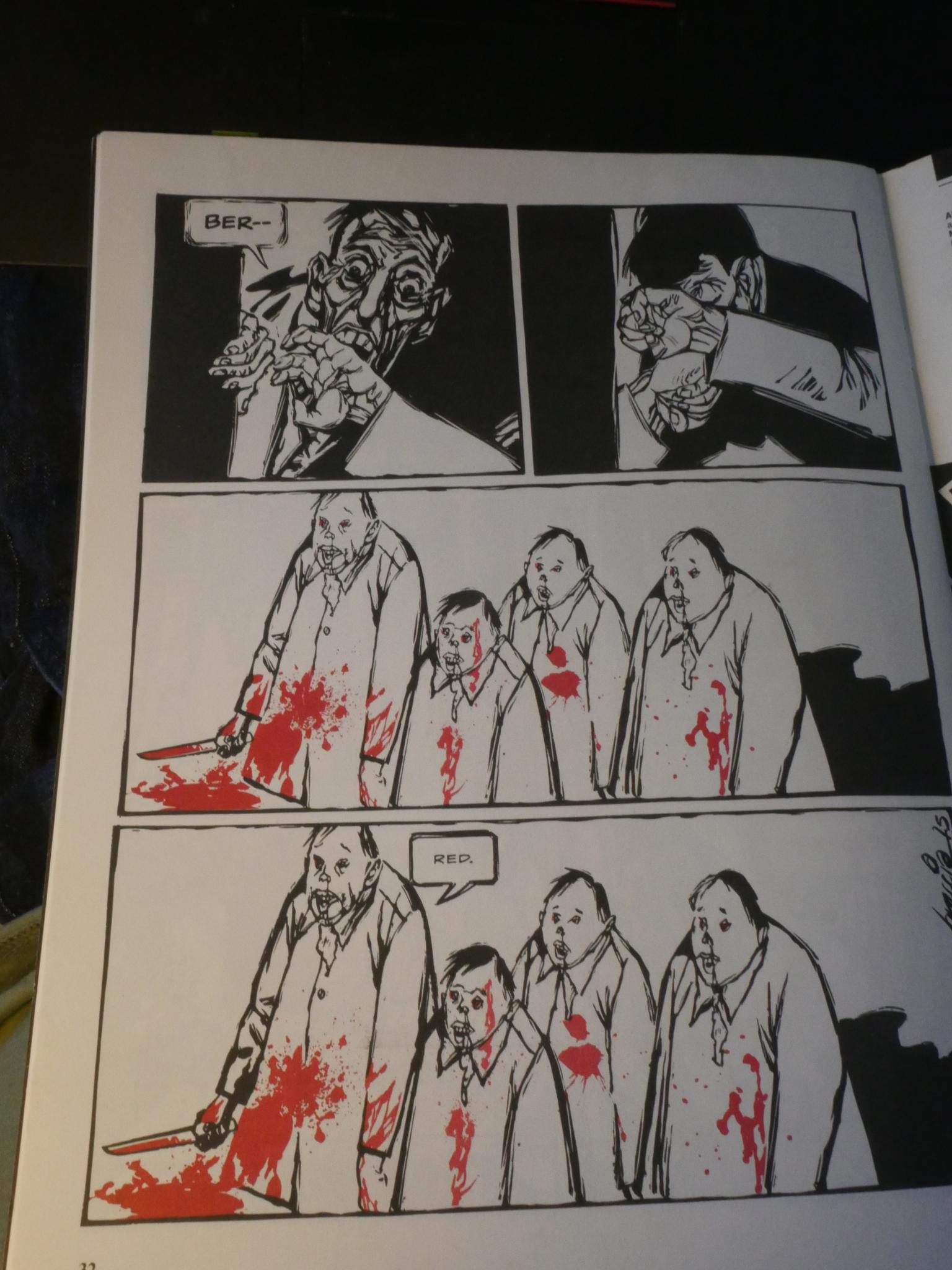 The art continues to evolve the next story, with one of the most imitated stylistic ticks being displayed more prominently: 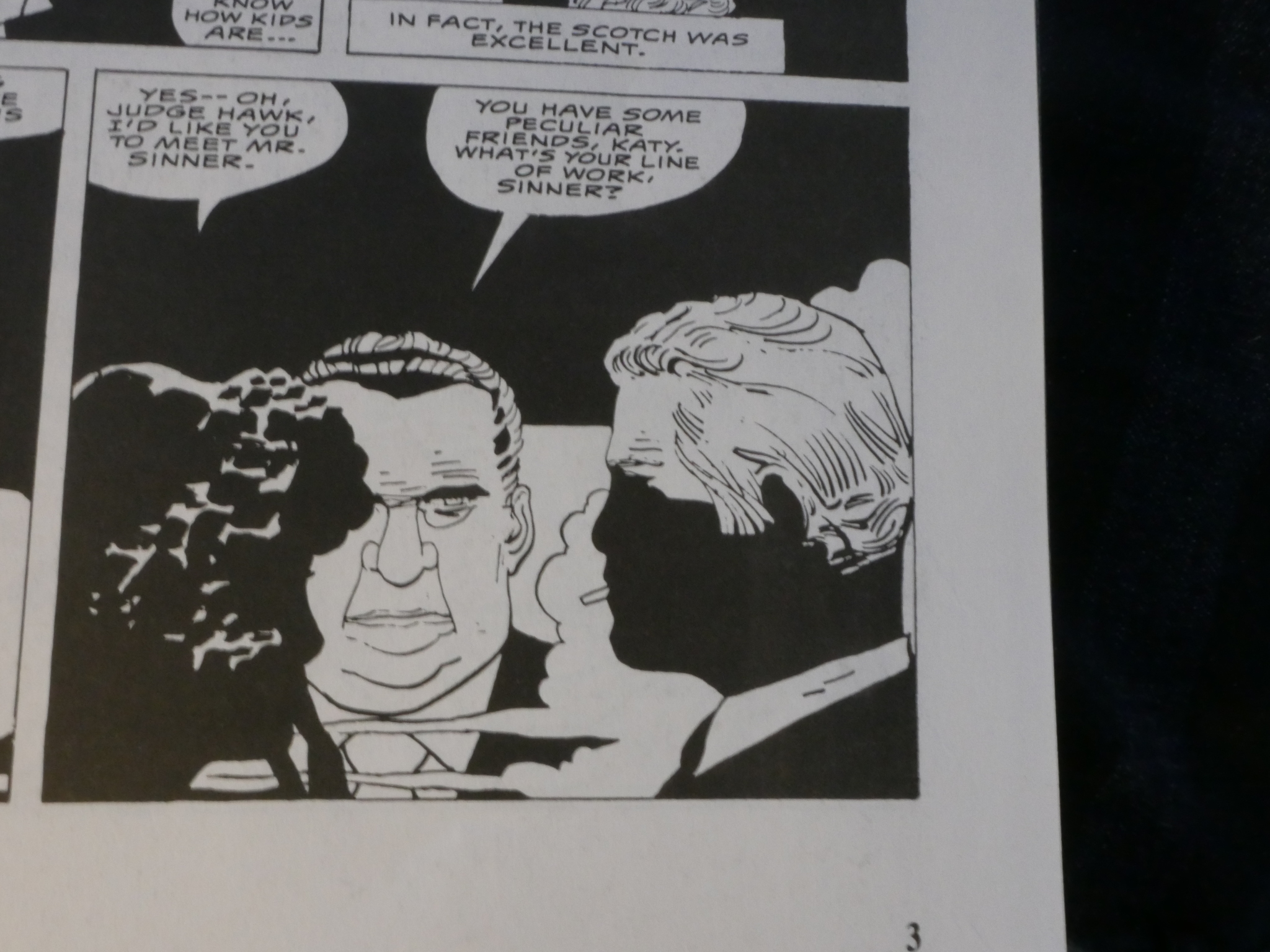 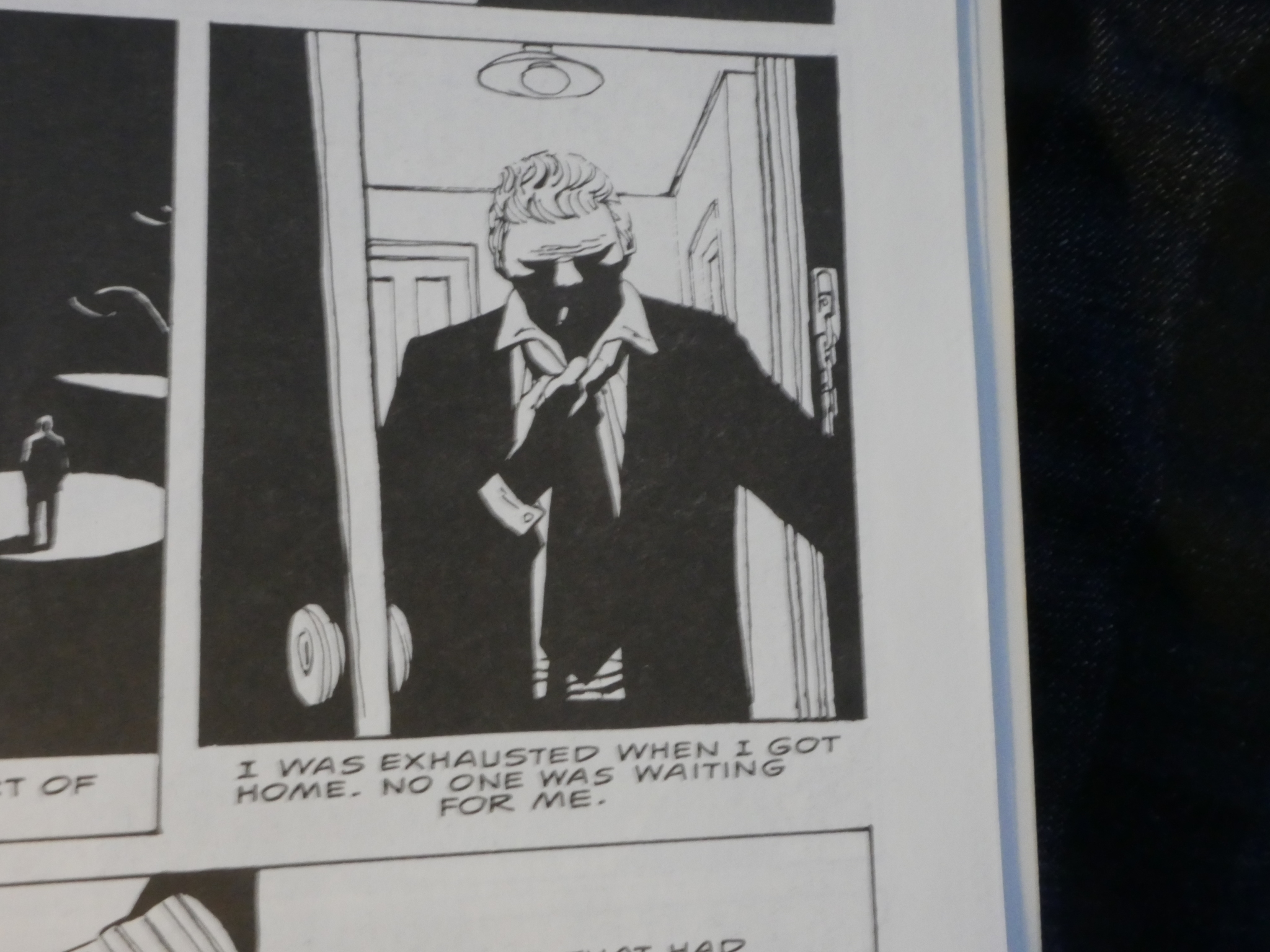 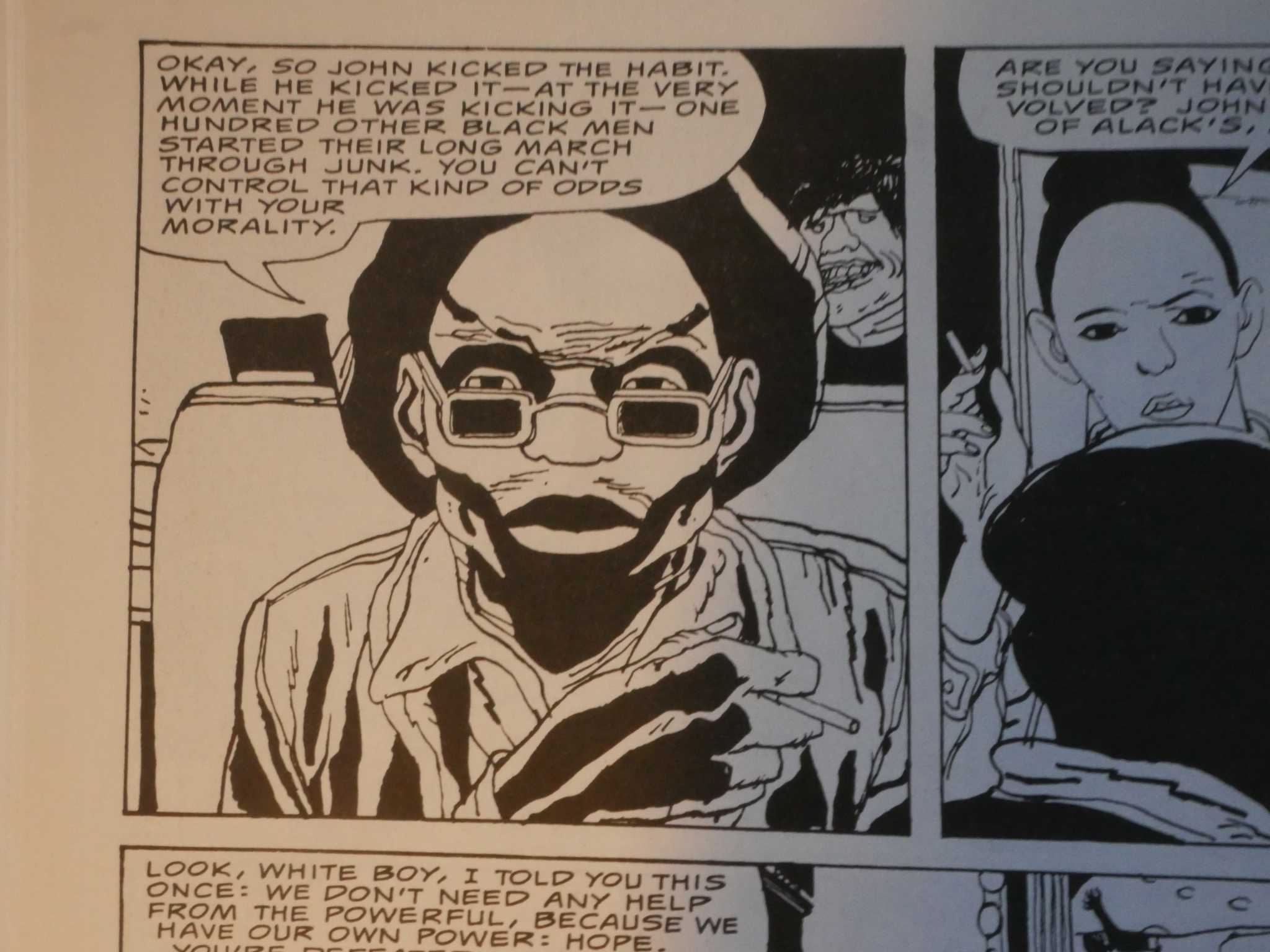 The fourth issue was published 18 months after the third, and the fifth was preceded by yet another year-long pause. Here’s Kim Thompsons’s editorial from the last issue Fantagraphics published: 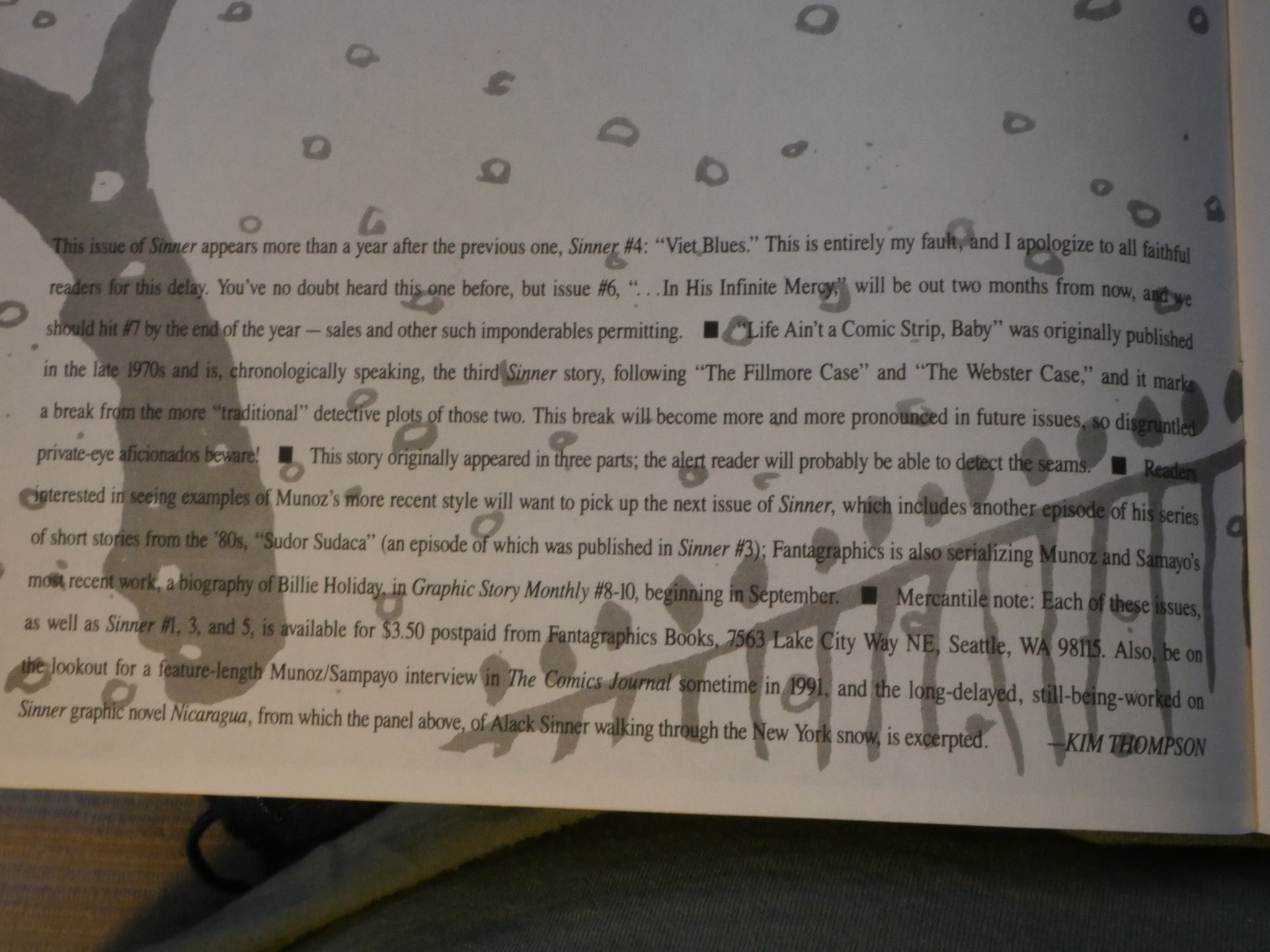 Still full of plans to publish the entire Sinner oevre, but after this issue issue was published, only the Billie Holiday book was released (in 1993), and then nothing else of theirs has seen the light of day in the US.

And the fifth issue is really amusing. 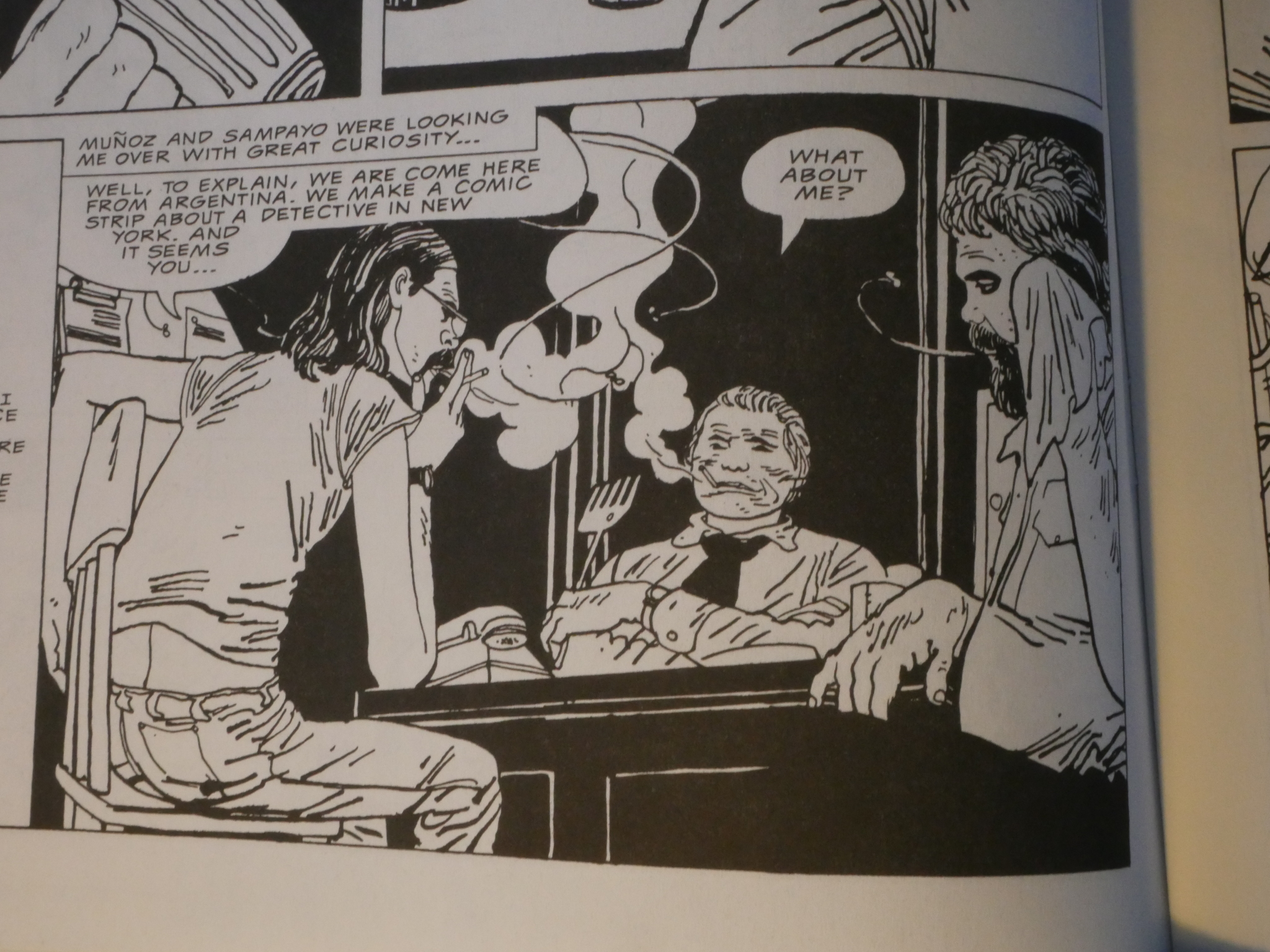 Muñoz and Sampaya turn up as characters, hanging around with Alack Sinner (who happens to have the same name as their fictional detective), and the go on to solve a murder case. Or, at least, hang around in the background, being made fun of, while Sinner does the detecting. Although they do guess who the murderer is before Sinner does. 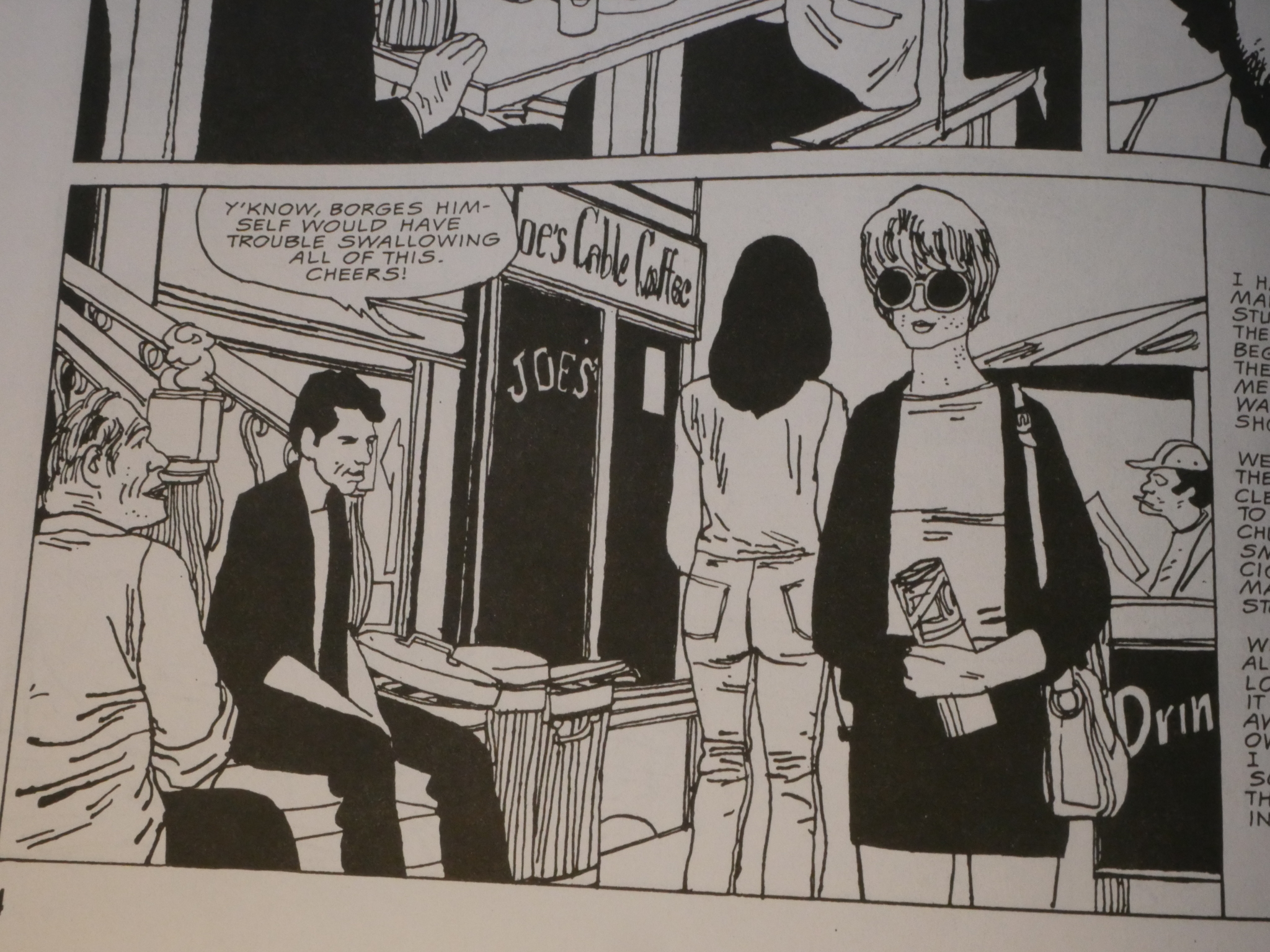 So true. So metafictional!

And lots of fun, so it’s a shame that there just wasn’t a market for this in the US (or any other country with a language I can understand) back in the days.

But! The nice people at IDW will be publishing a collected edition starting this summer. And, as mentioned above, it’s one of those toe-hurting editions, clocking in a 392 album sized pages. And the cover design isn’t as horrible as that Corto Maltese one.

I know I’ll be buying a copy.