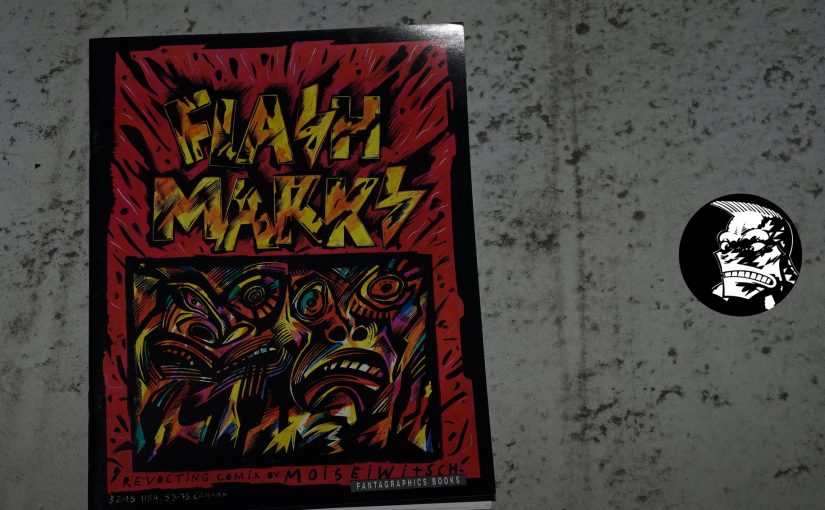 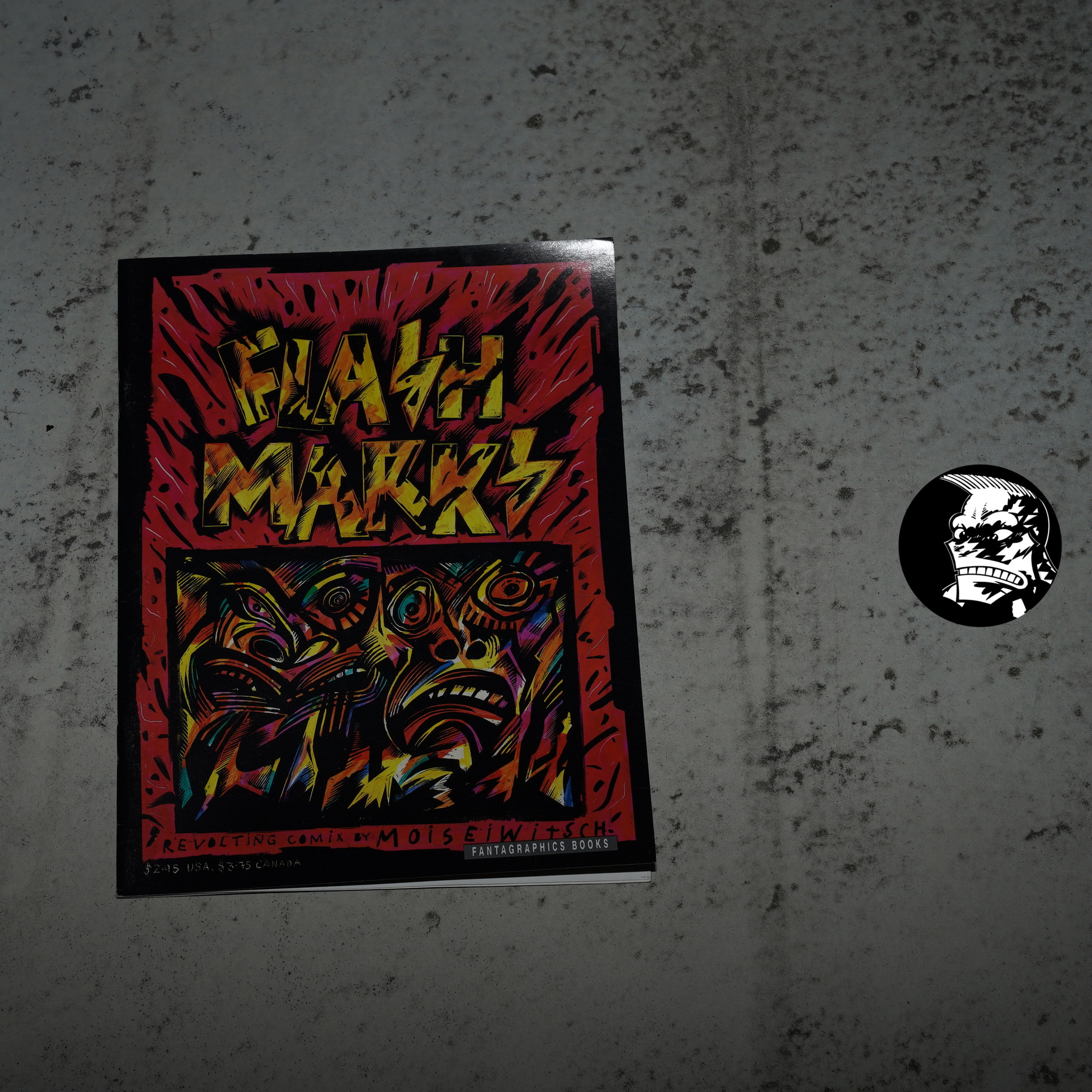 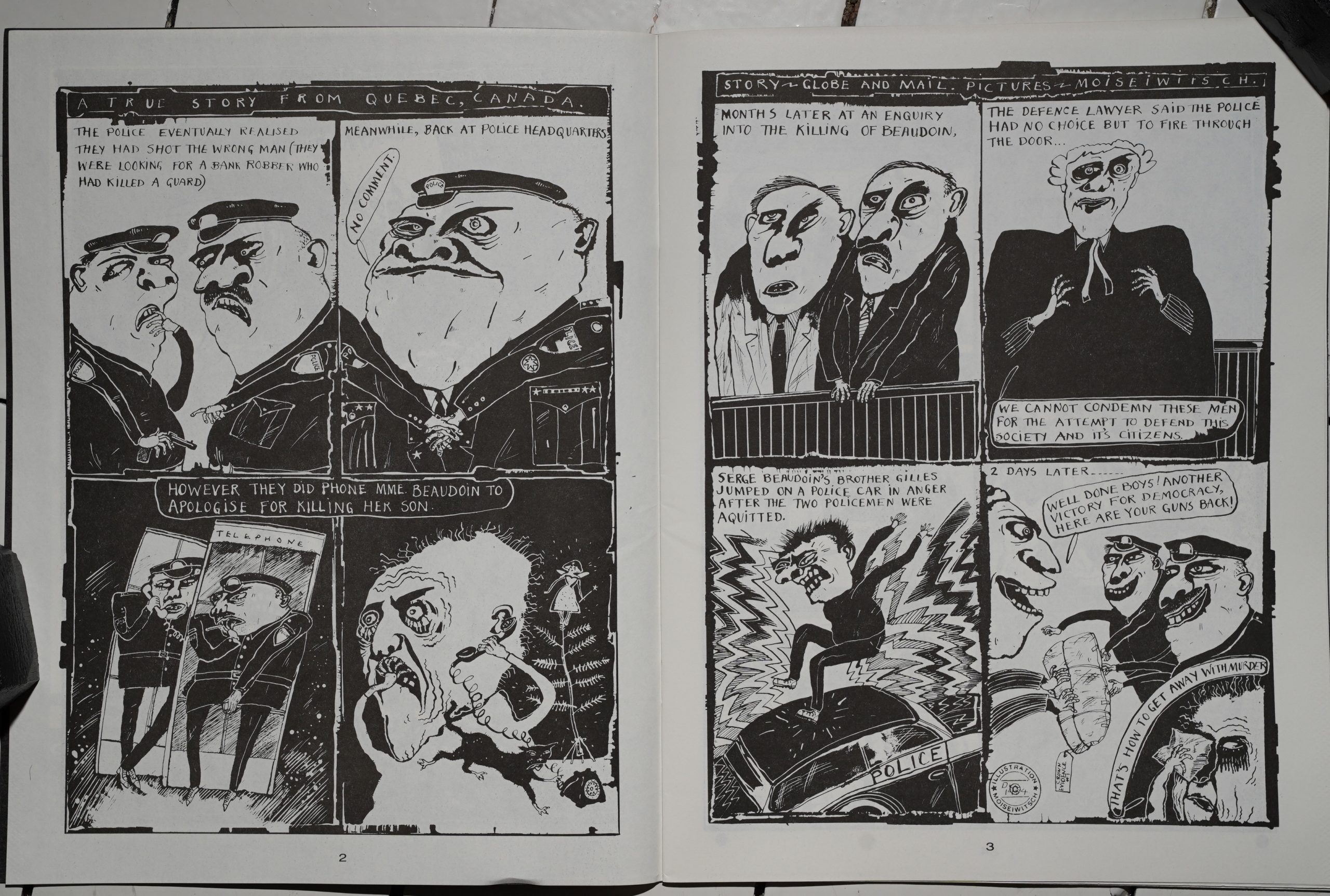 I covered this comic in the Fantagraphics Floppies blog series, too, but I couldn’t do a “punk comics” series without Moiseiwitsch, now could I? 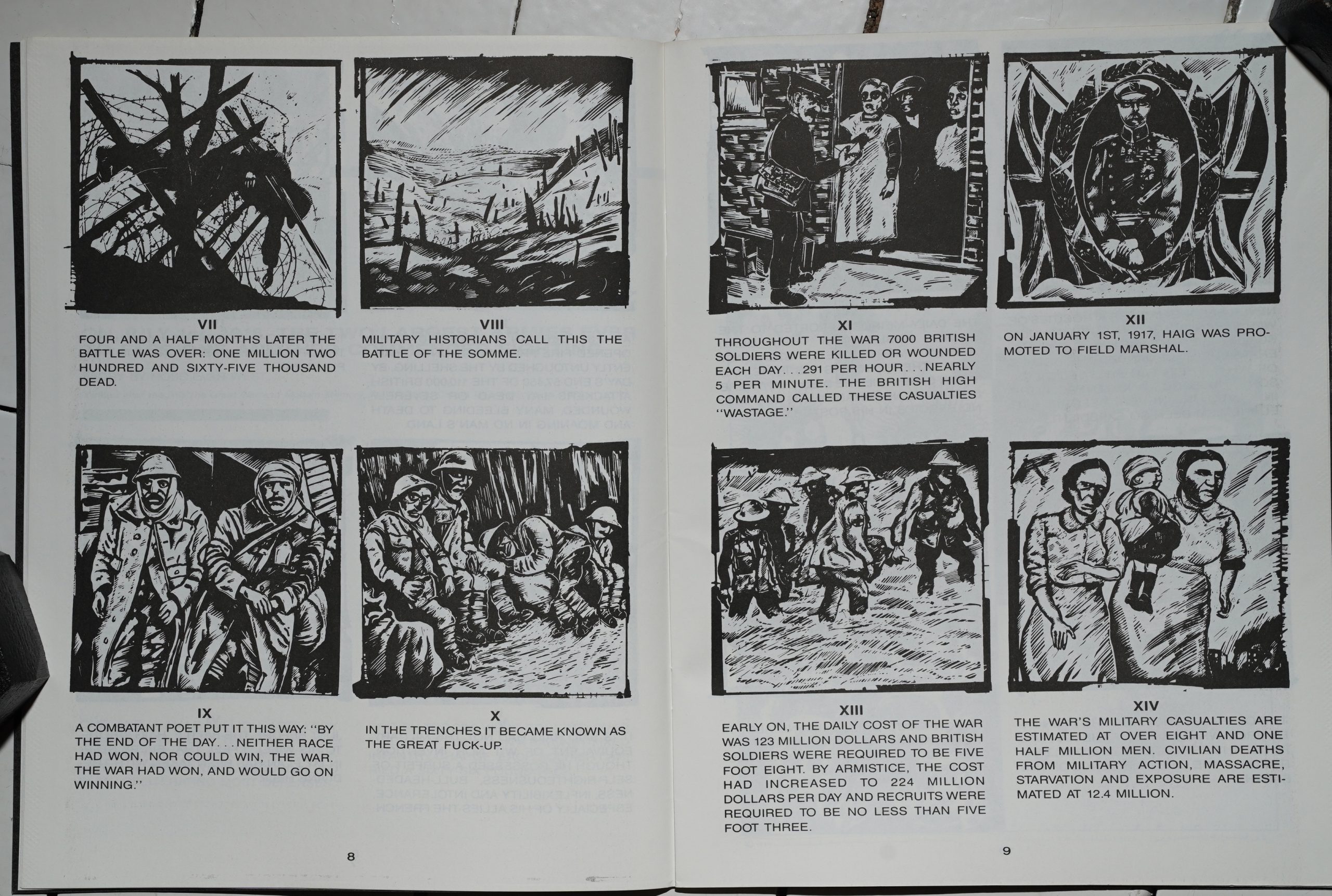 I see that I drew some comparisons between this work and Sue Coe in that blog post, and… I totally agree with myself. But it does seem to come from a parallel line of development, not quite intersecting the Raw crowd? I guess it’s … more akin to World War 3 Illustrated? Which reminds me — I should do a couple issues of that, too, to compare. 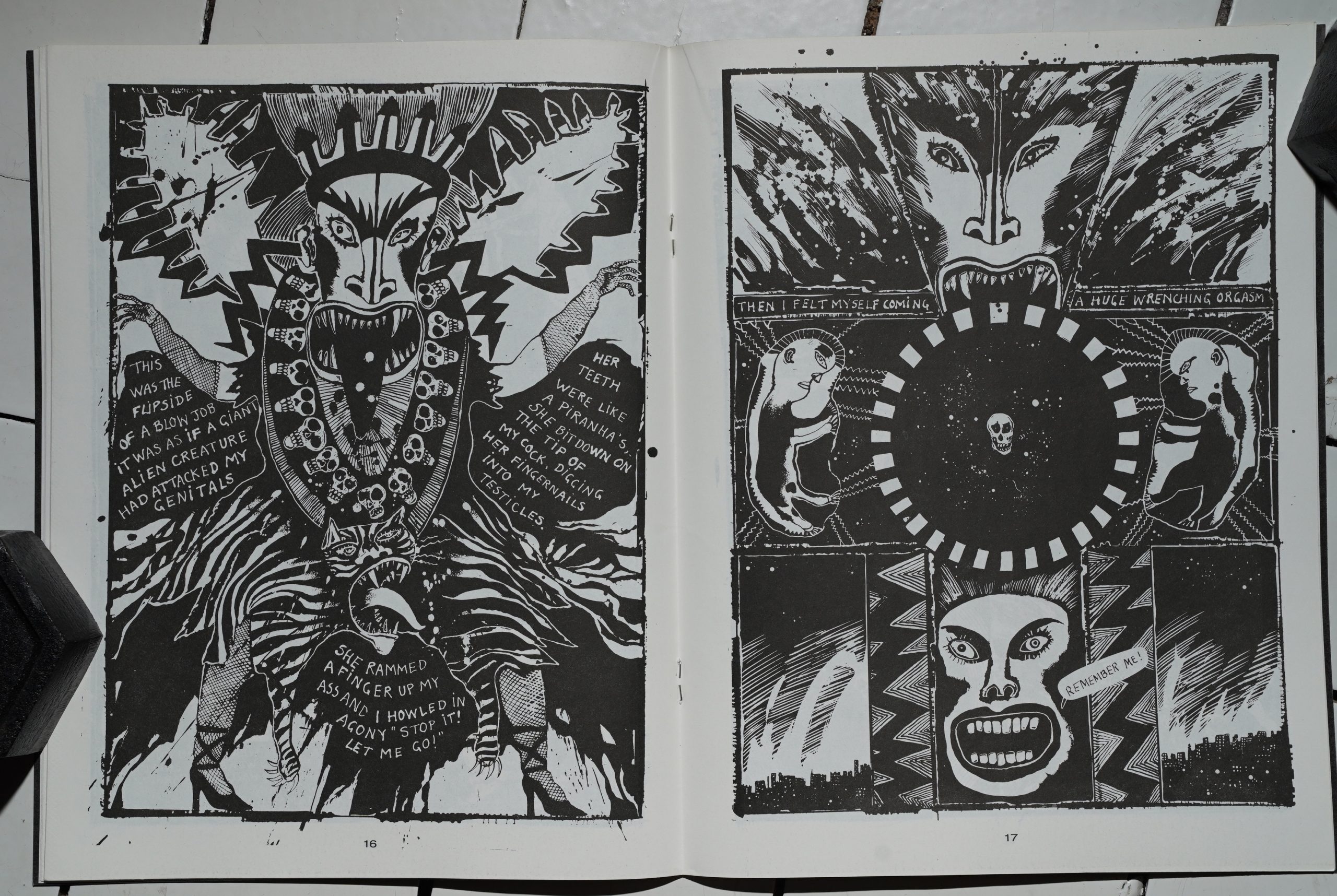 Anyway, this is totally amazeballs, and it’s insane that this is still the only collection of her work available. She’s appeared mostly in anthologies and stuff, but nobody has published a comprehensive retrospective.

In your bio at the end of your collection Flash Marks, you mention that punk rock was a gateway into other types of art for you.

Oh, yes. When I got to Vancouver, the general function of art seemed to be comforting, decorative, pretty, beautiful … basically consoling. Things that would fit in nice in your office or next to a sofa or whatever it was, you know? That was still the idea. There was a certain amount of class. Then suddenly there were these punk posters up and zines around. I thought, “Wow! This is it!” Just fantastic.