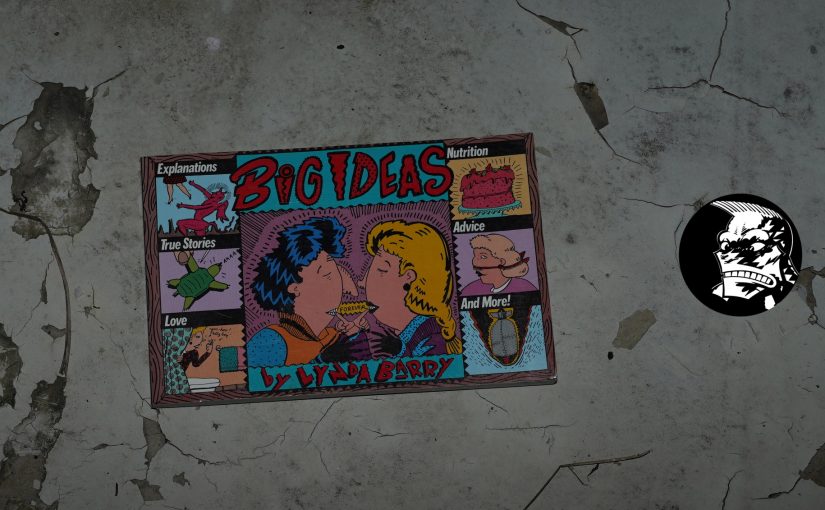 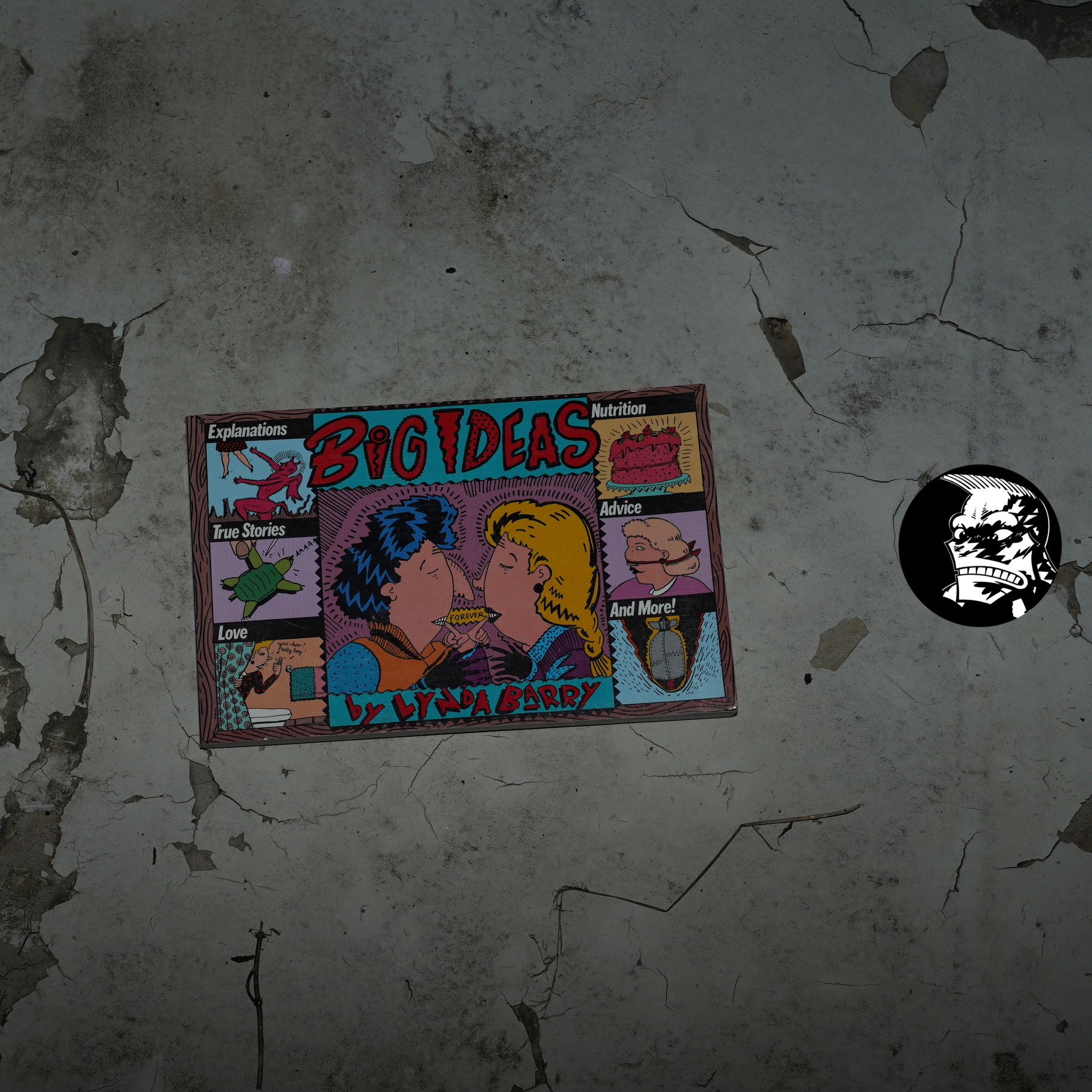 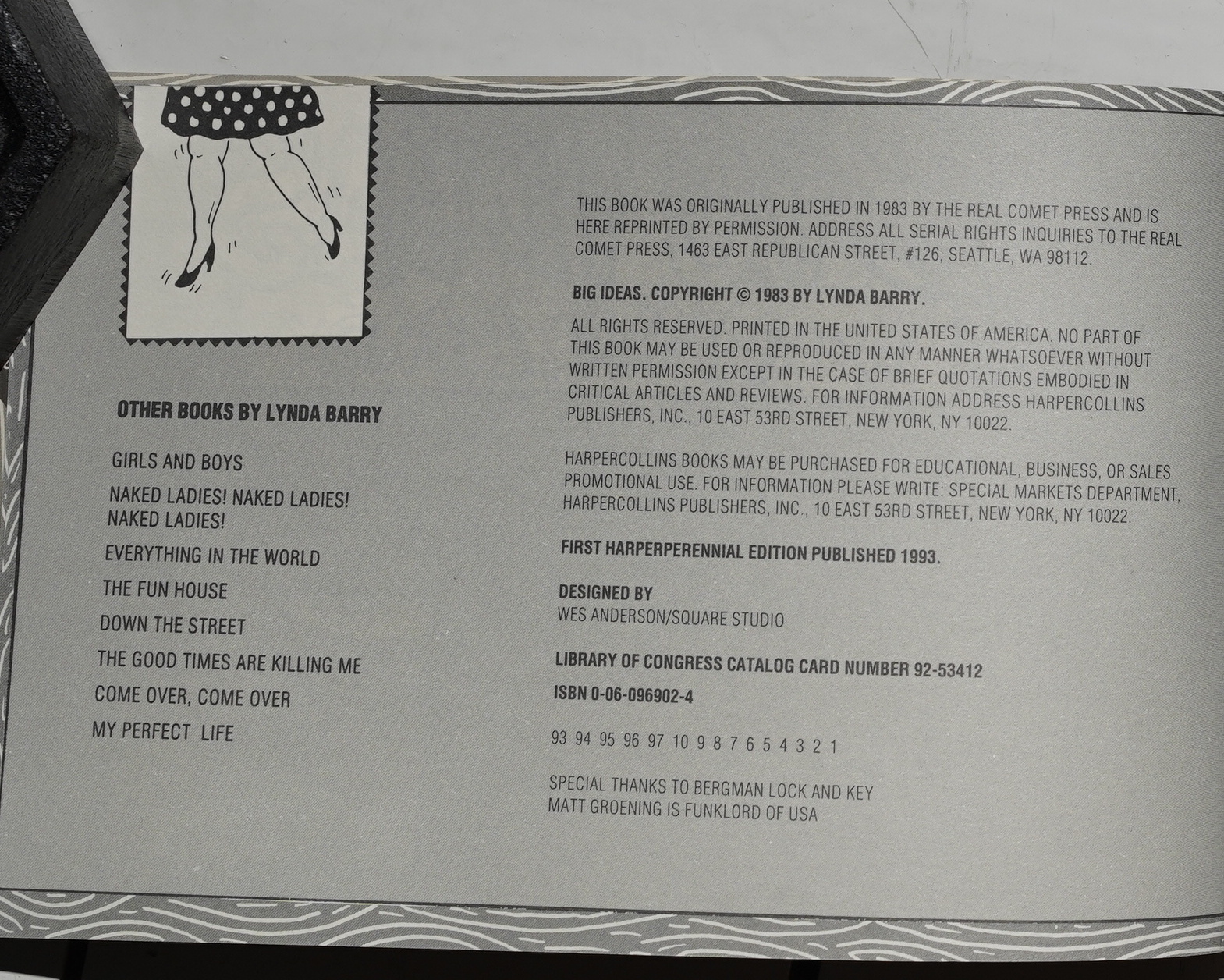 I’ve got the reprint edition (from HarperCollins) of this book, but I assume the contents are pretty much the same as the Real Comet Press edition?

Hm… “The Fun House”? I don’t have that book! Ebay shopping break!

Yay! Got a copy. And I thought I’d read everything by Barry. That was a nice surprise… 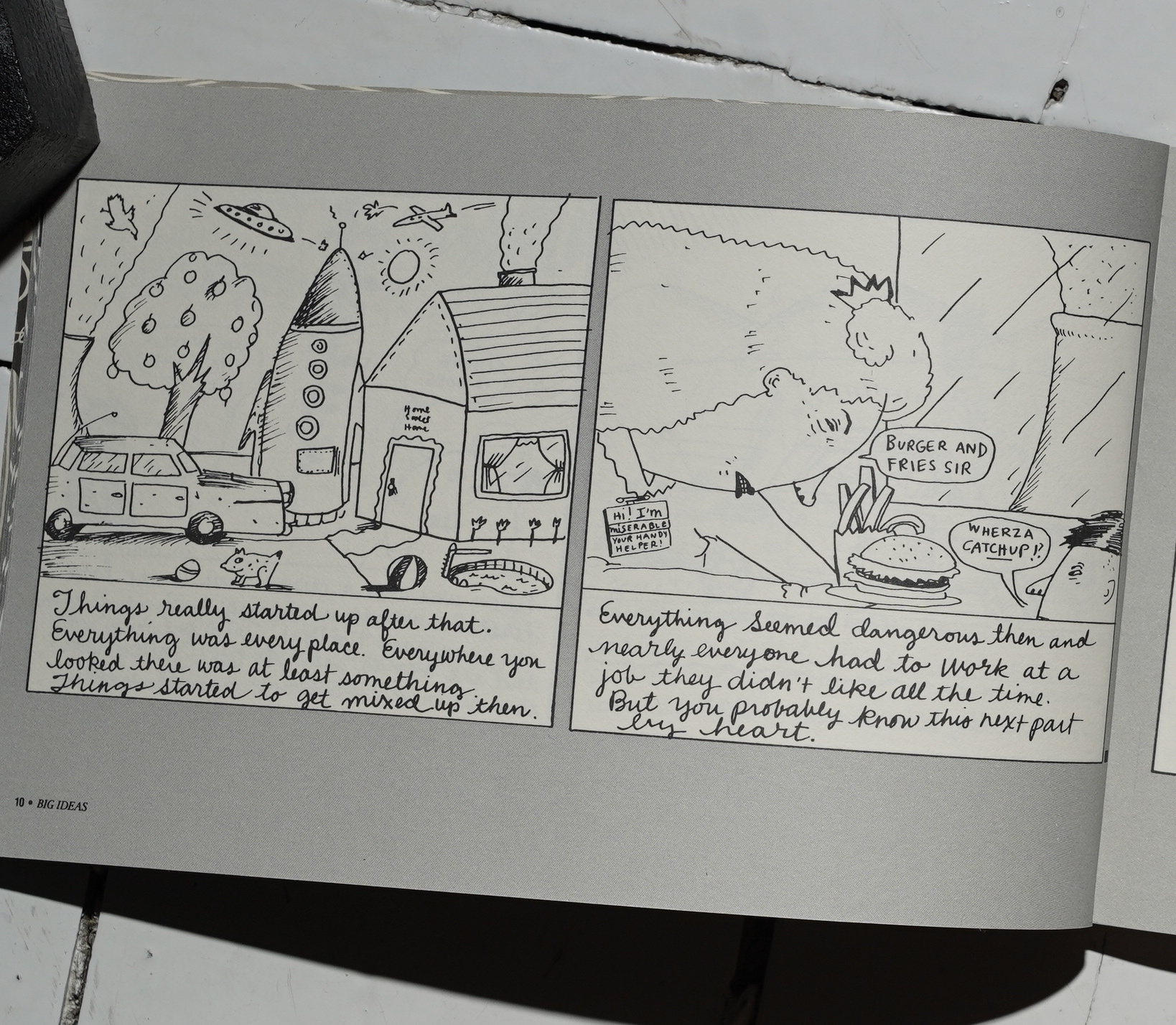 Anyway, the strips in the first collection, Girls + Boys, were (almost all) two-pagers. (I.e., four square panels.) This collection is mostly three-pagers (six panels), with a smattering of four page and two page strips. Which makes me wonder how these were originally printed — the three-pagers were presumably printed in a 3×2 panel arrangement? And the four-pagers in a 4×2 arrangement vertically? Hm.

In any case — this collection is even funnier than the first one. And so informational! I didn’t know that that’s what those words appearing on my car meant! 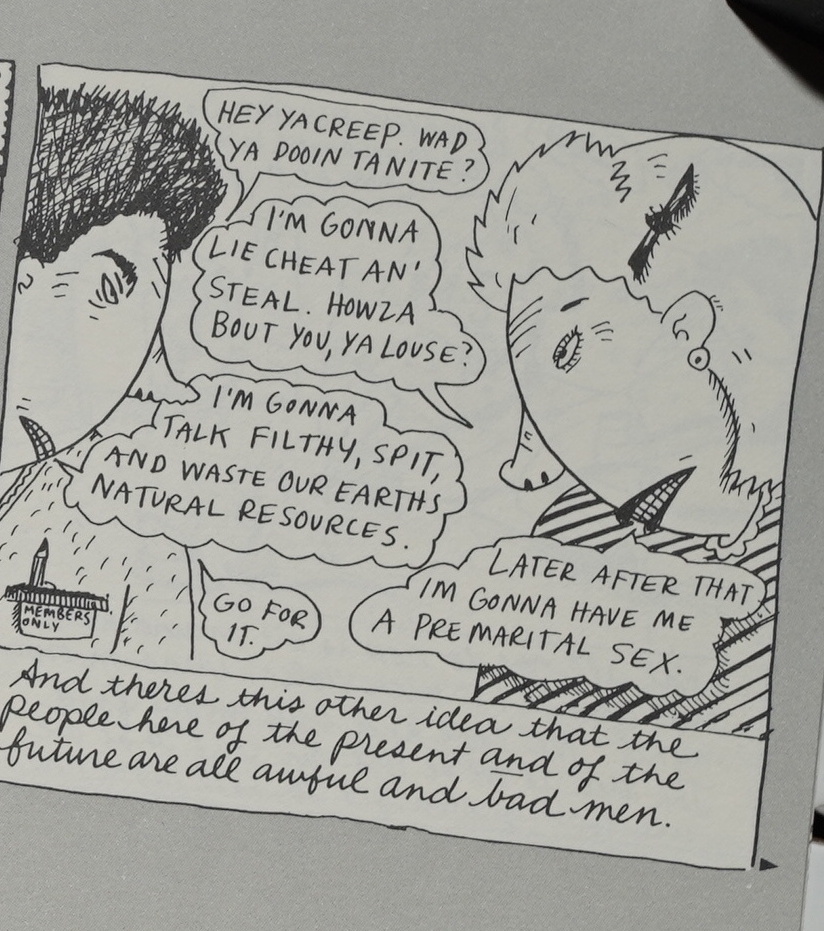 “Later after that I’m gonna have me a premarital sex”. Such tough talk. 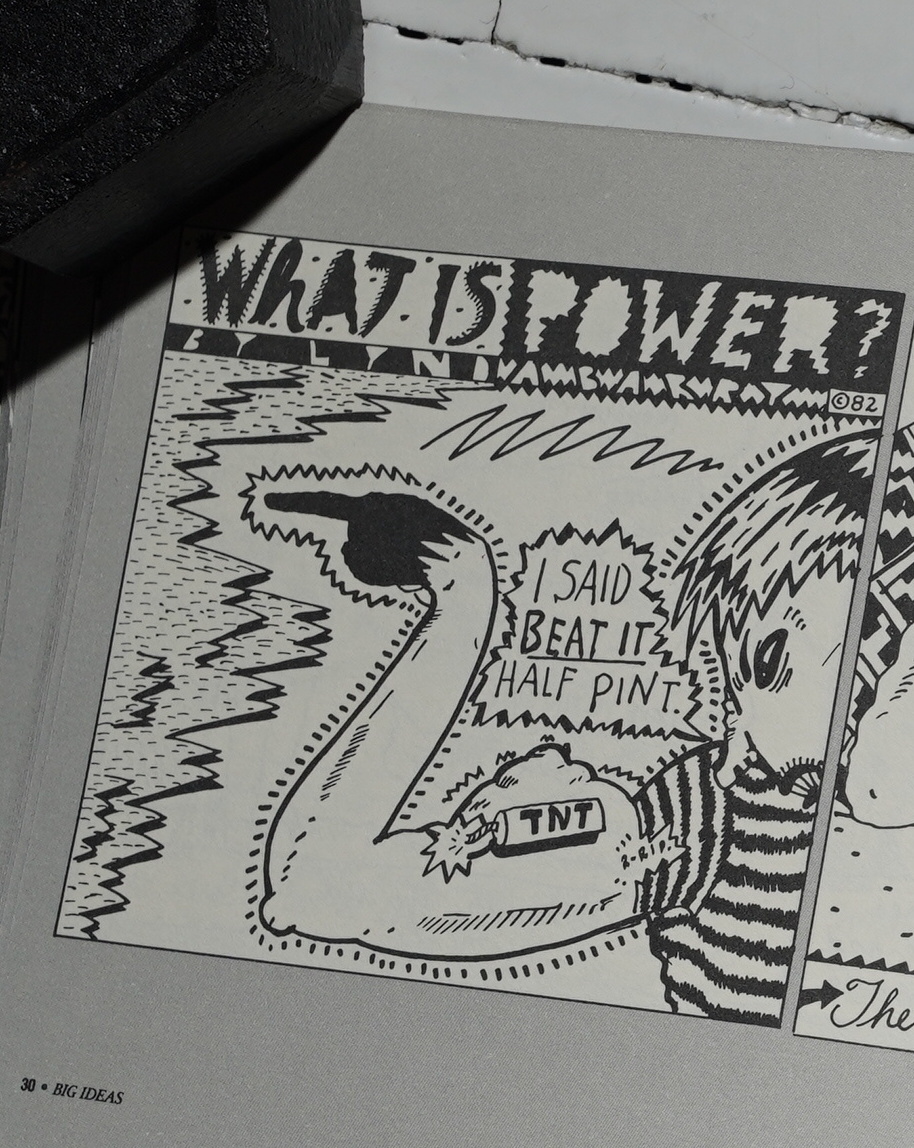 The artwork’s a delight here, too. Barry’s still trying out a lot of different styles, like this thing that looks like something Beto Hernandez would do a bit later.

And there’s some real surprises in here… Look at this strip. Just gorgeous. I don’t think I’ve ever seen her use this rendering technique before or since?

This is sort of in the same vein, but more graphic. 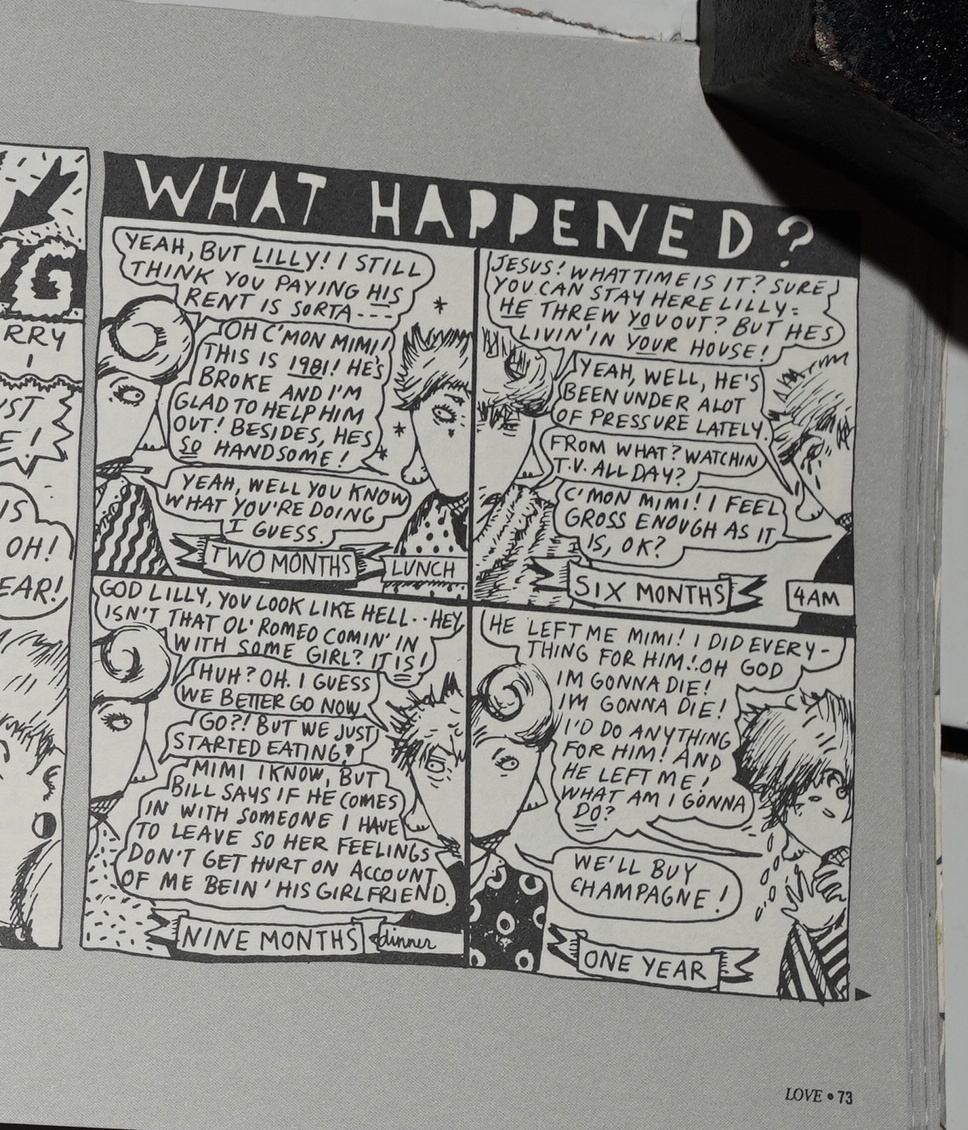 The book is mostly strips from 1982, but there’s some earlier ones, too, and they’re a lot denser. I mean, they’re also funny, but they’re harsher. 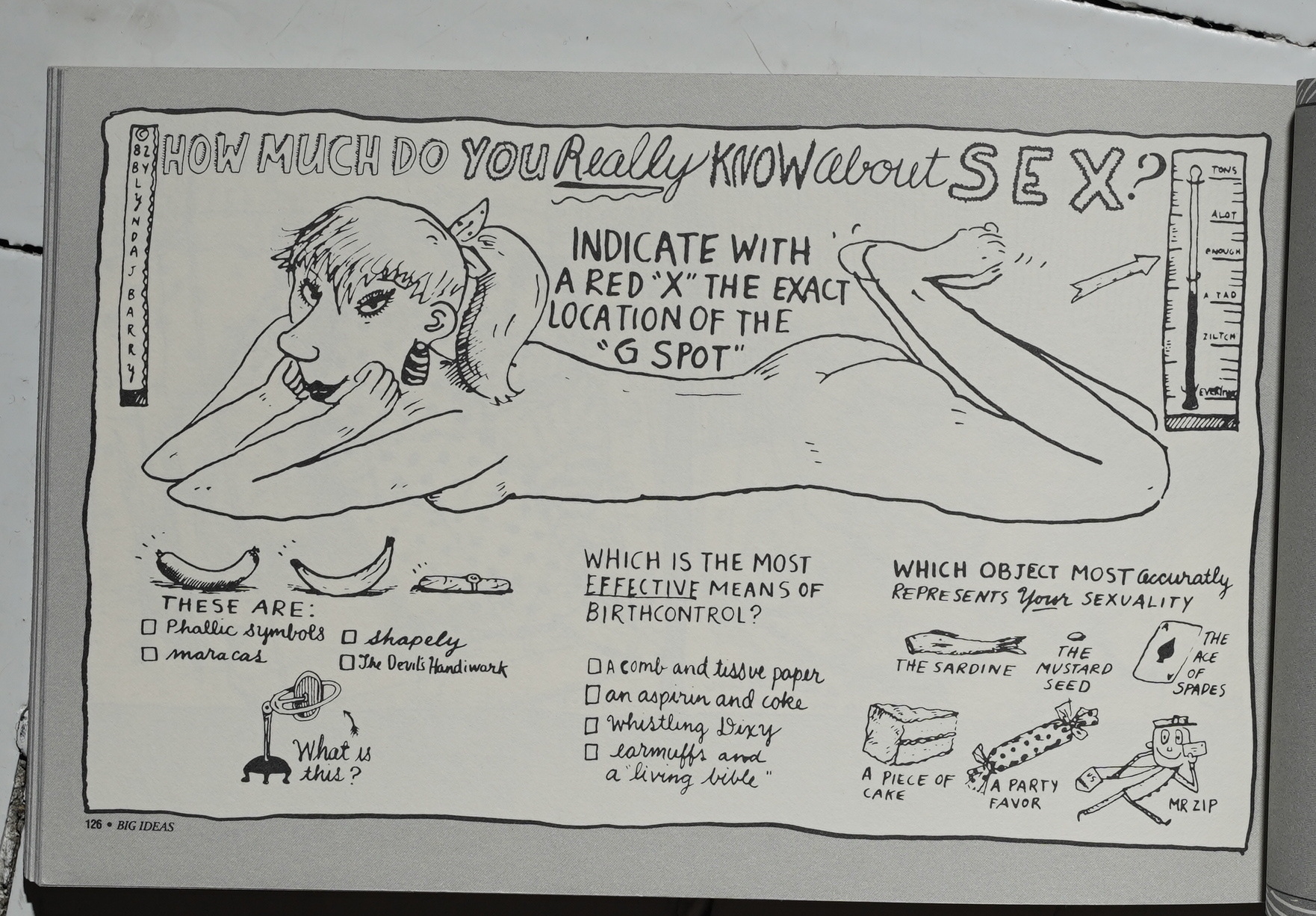 Oh! There’s that strip from the issue of Comics Journal — the first Ernie Pook Comeek strip I ever saw… 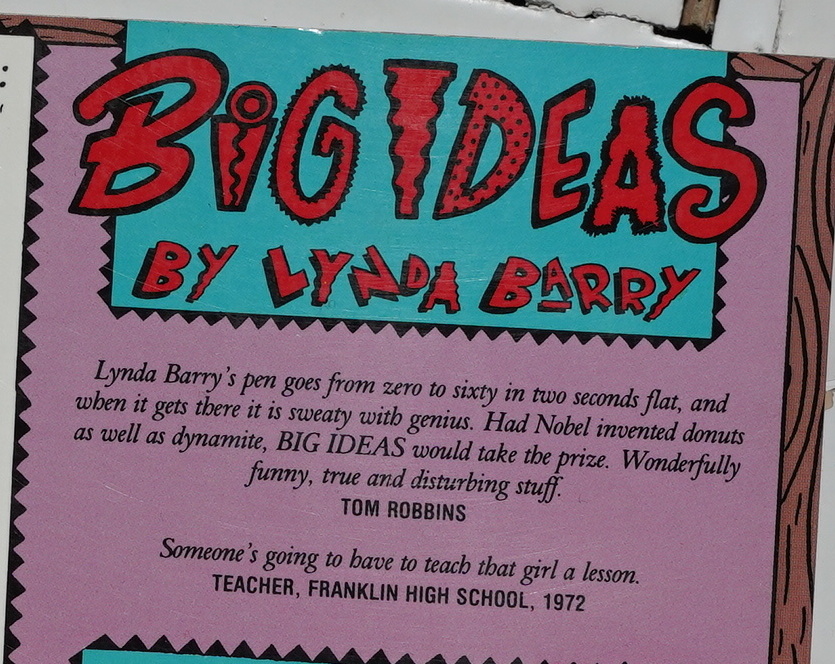 Funny, but not just funny.