Christmas with Superswine by Gary Fields. 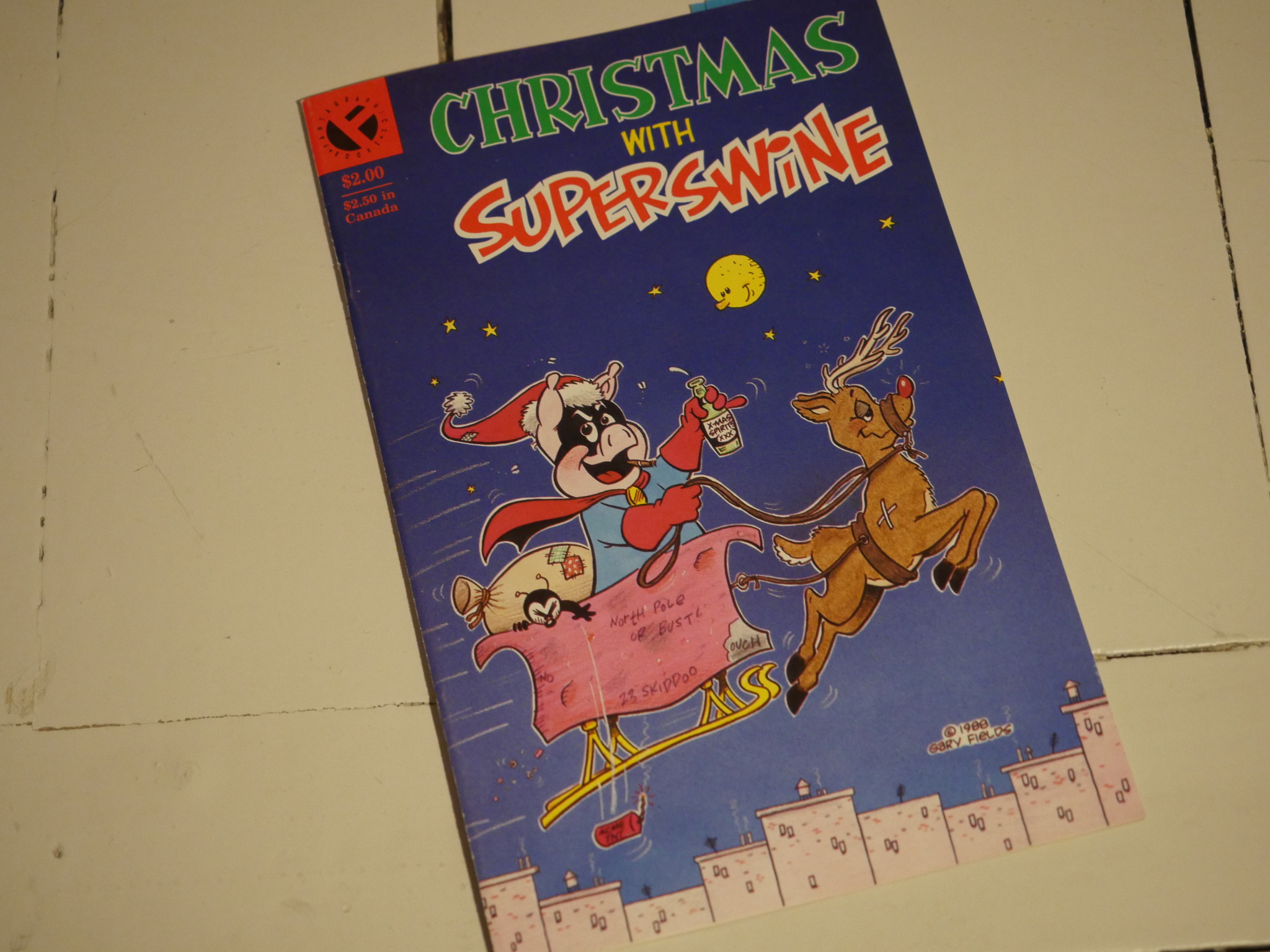 This is rather weird. It sounds like a special edition of a running series, but Superswine wasn’t published as its own series until three years later. But perhaps the point was just to publish something seasonal.

The indicia says that it was published in February, which sounds typical for Fantagraphics around this time. I don’t think any Critters Christmas issues, for instance, were published before March the following year. 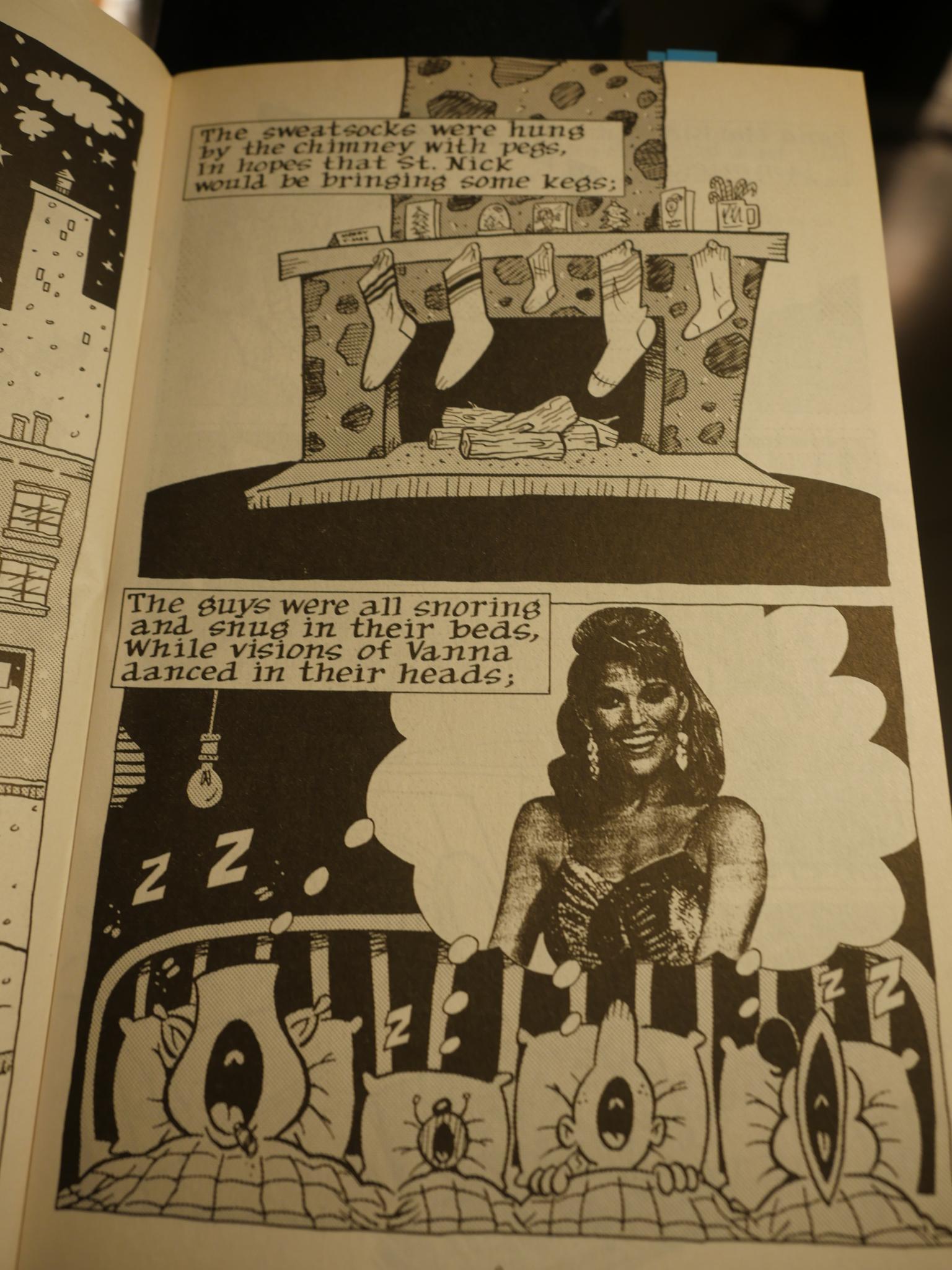 The main story is a take-off on the Clement C. Moore Xmas thingie…. 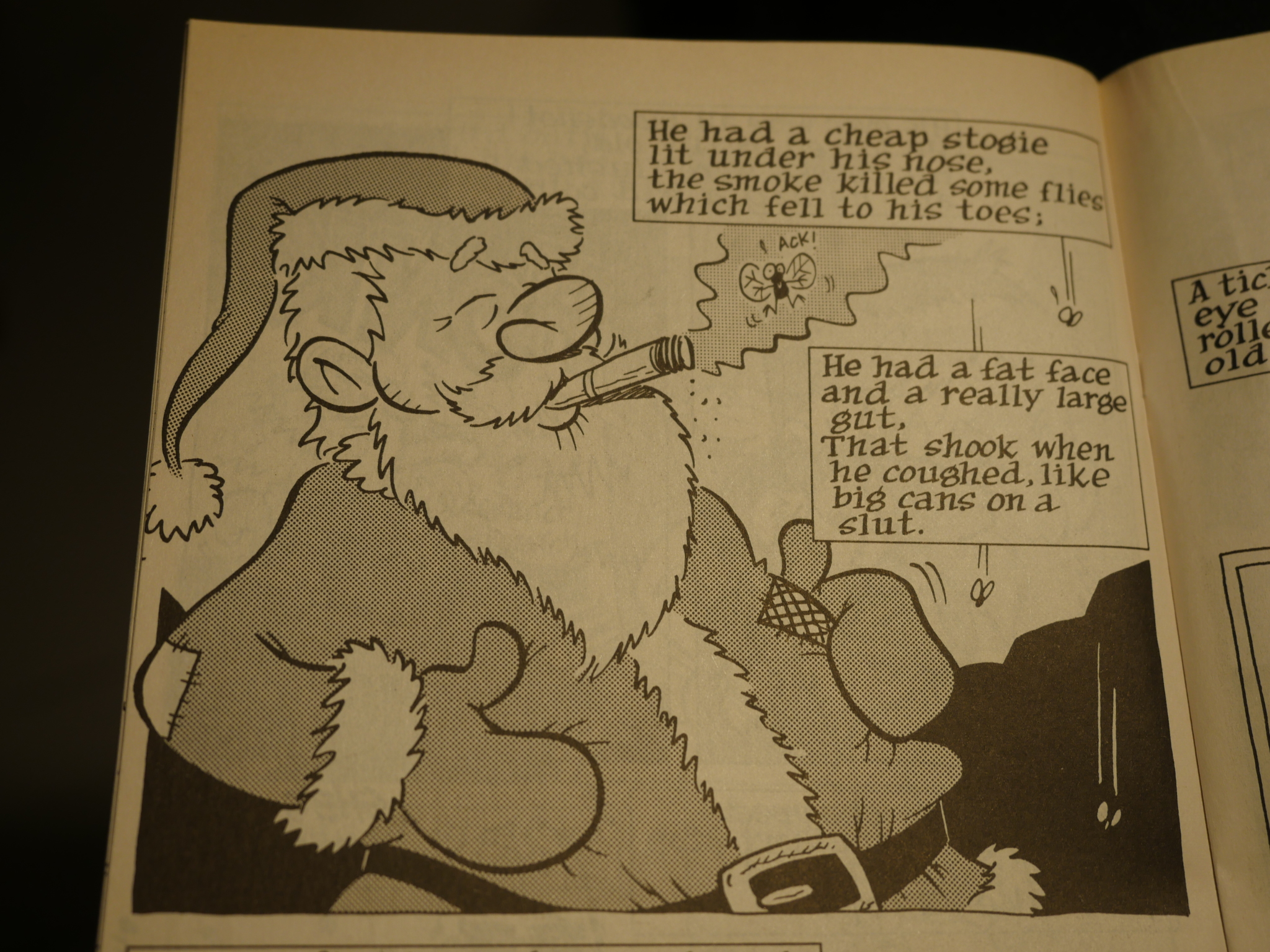 … and it’s… er… that’s a pretty representative gag. The rest of the issue is also Xmas themed: 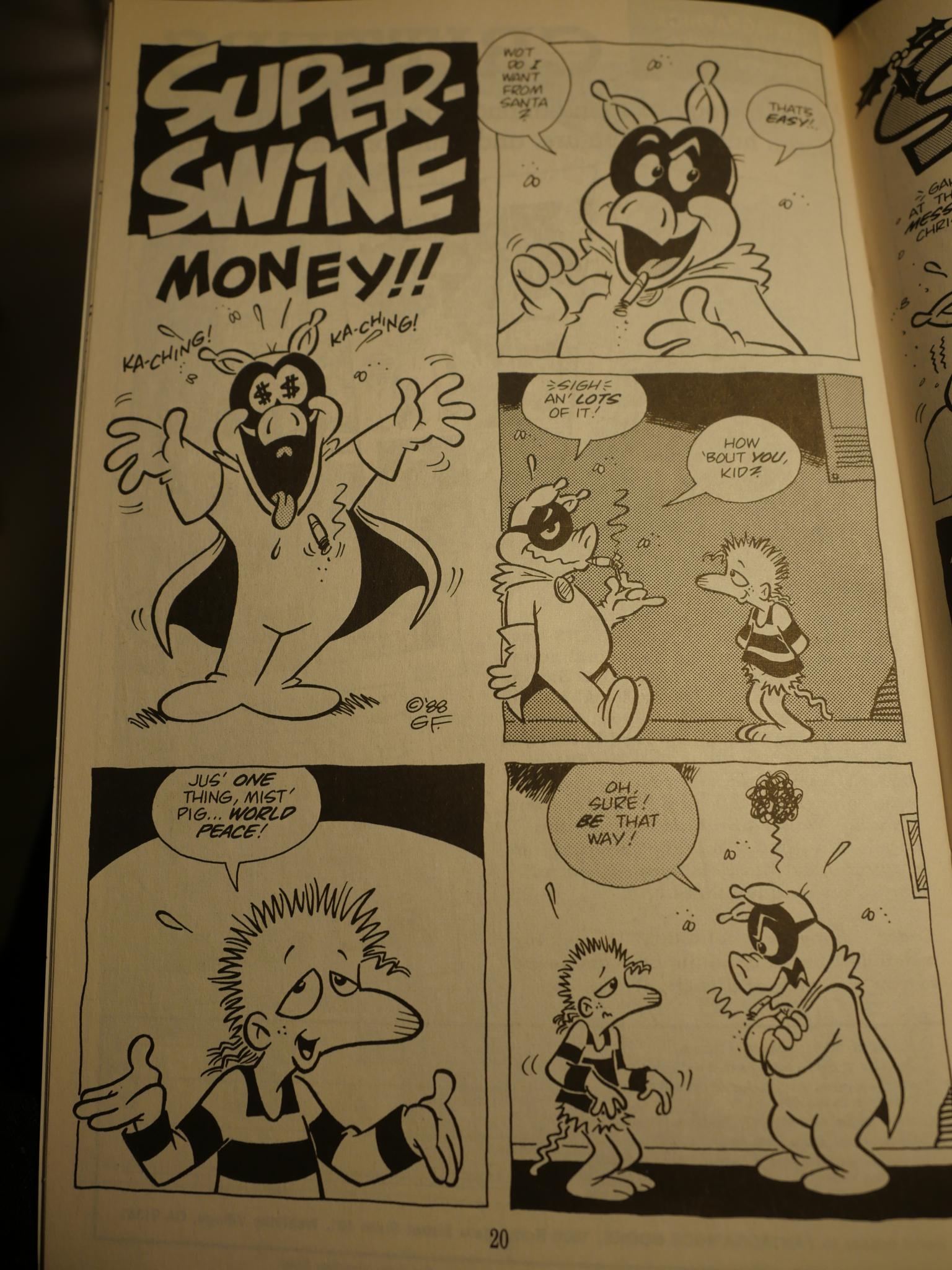 Gary Fields was the guy who did Enigma Funnies in the Threat magazine that was cancelled around this time.

One thought on “FF1988: Christmas with Superswine”