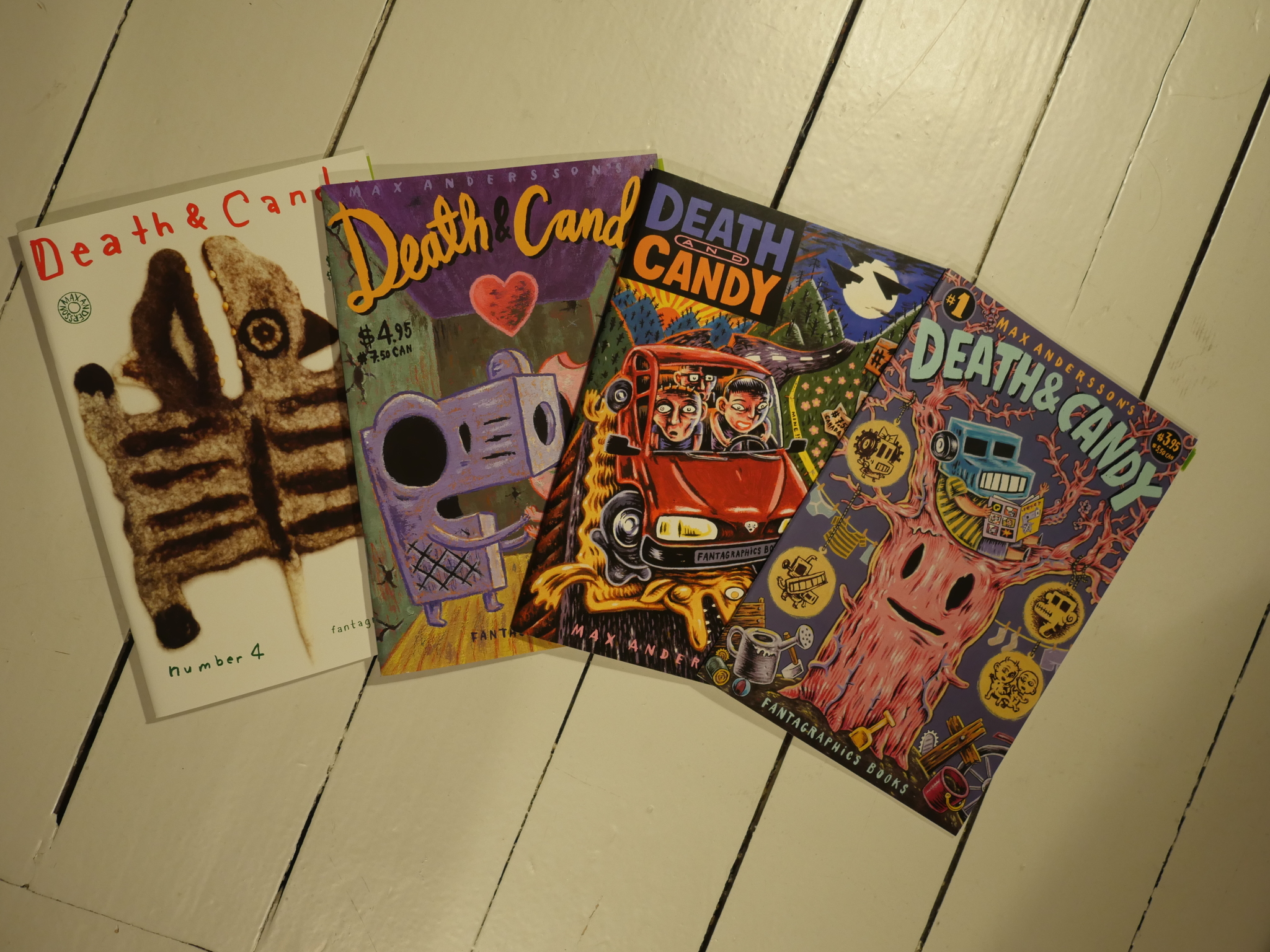 Max Andersson is a Swedish cartoonist who make nightmarish stream of consciousness comics. 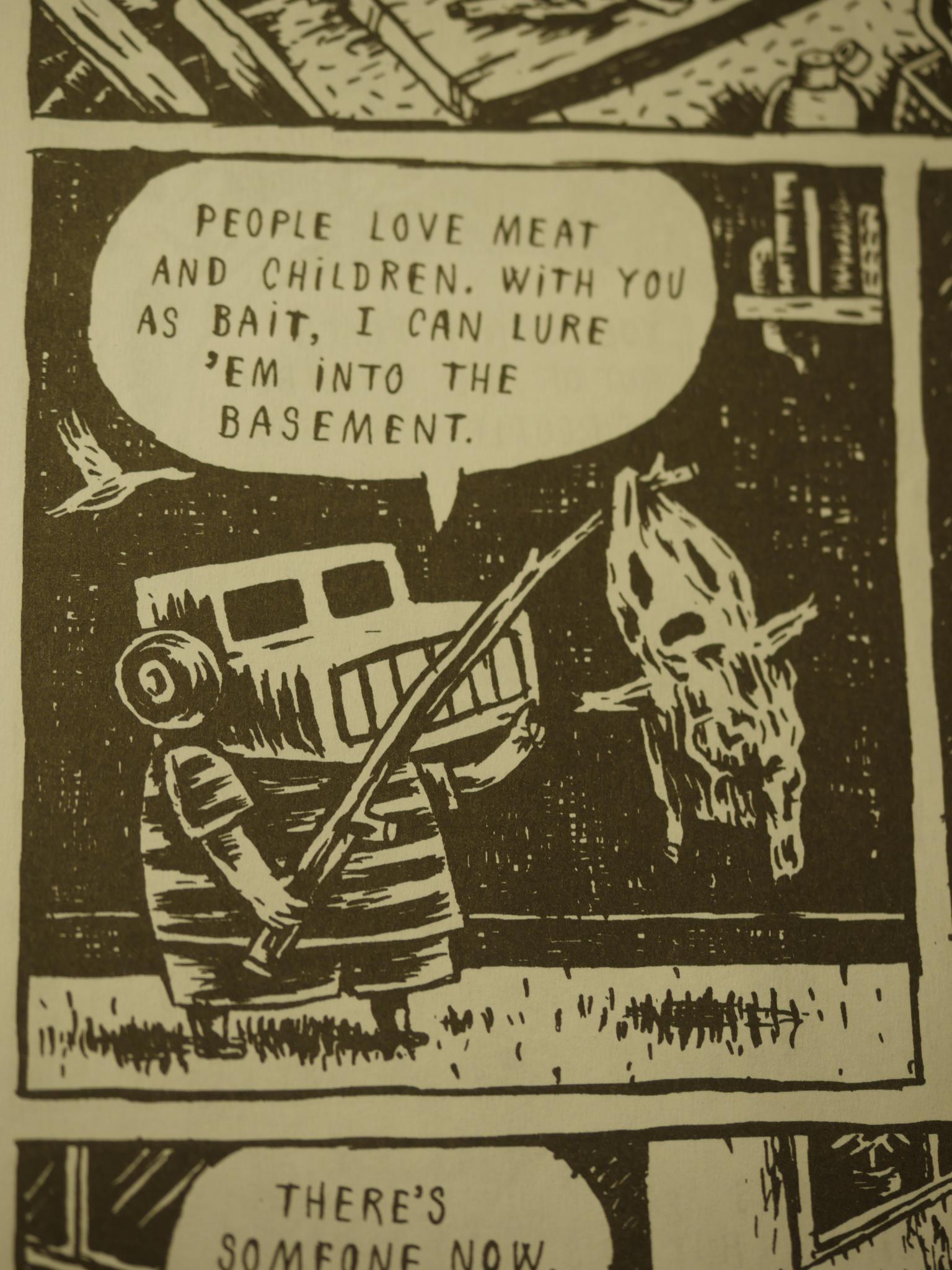 The print quality of the first issue is variable. Some of the pages look washed out, while others are fine. 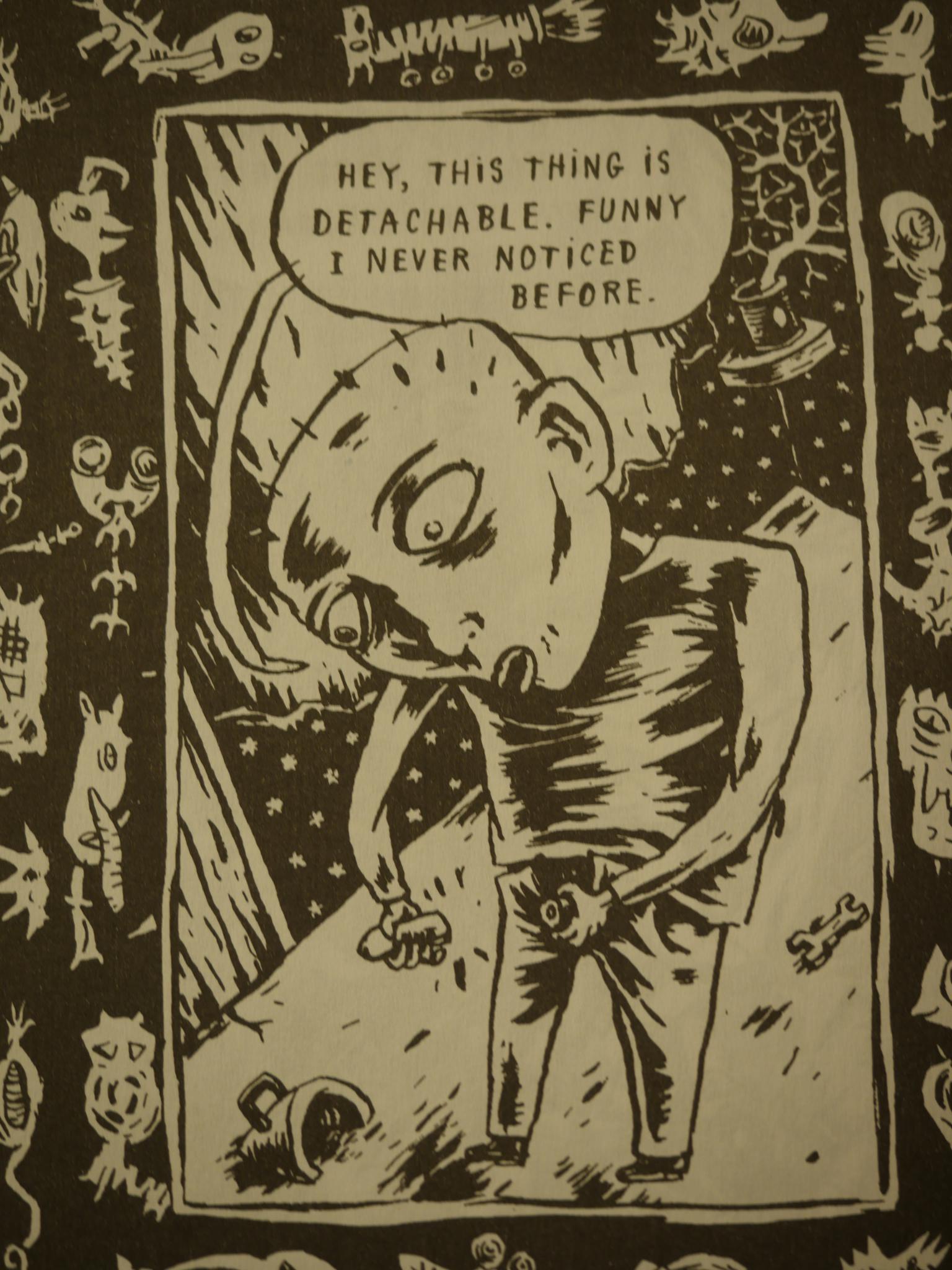 I think most of the material for Death & Candy was new, but this one is a reprint from a French magazine. Andersson is a contributor to anthologies all over the world, which might help explain the less-than-annual schedule Death & Candy was published at. 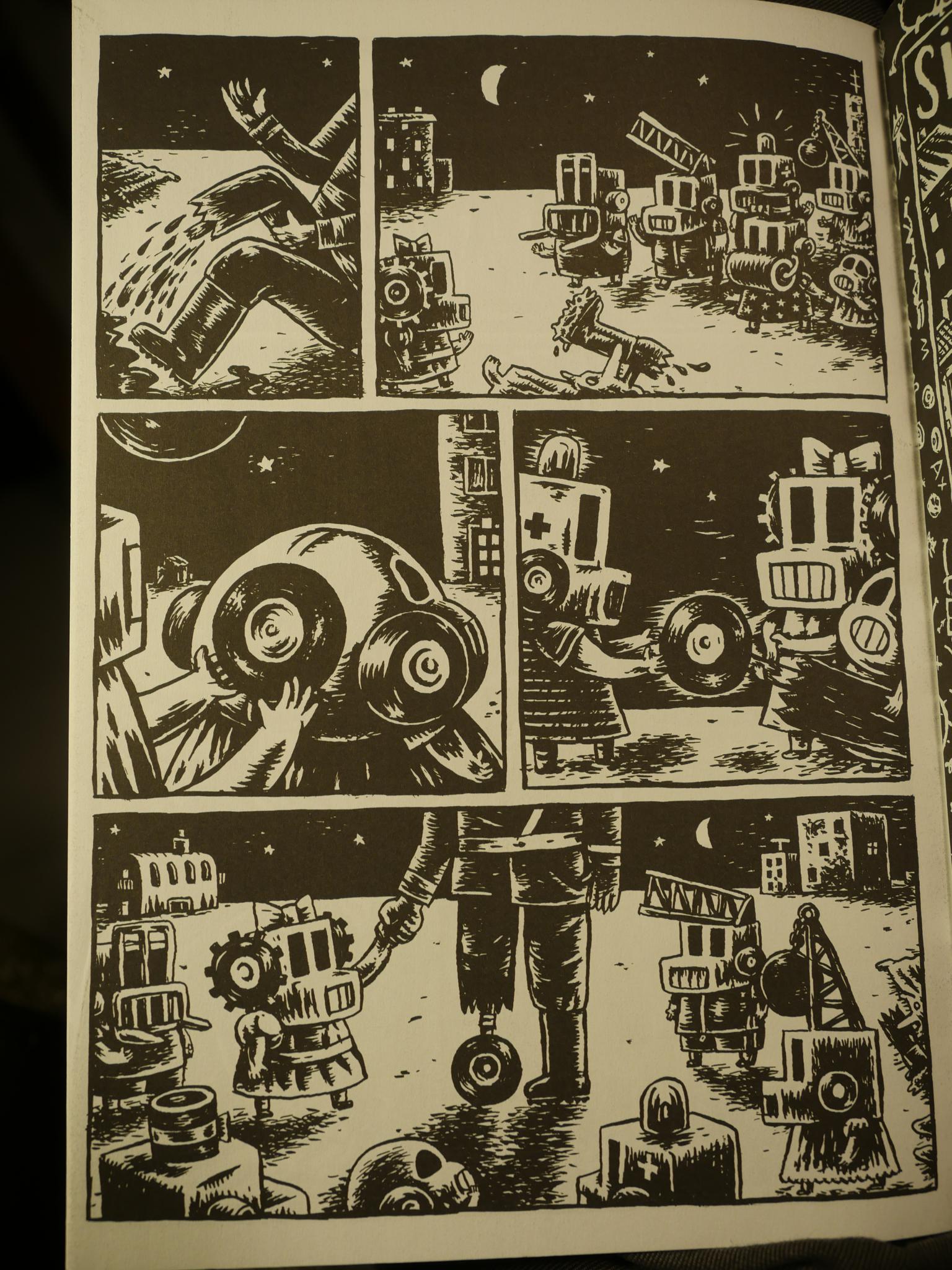 Andersson’s mixture of grotesque and sweet is endearing, but the main attraction is perhaps his gorgeous artwork with those juicy inks… 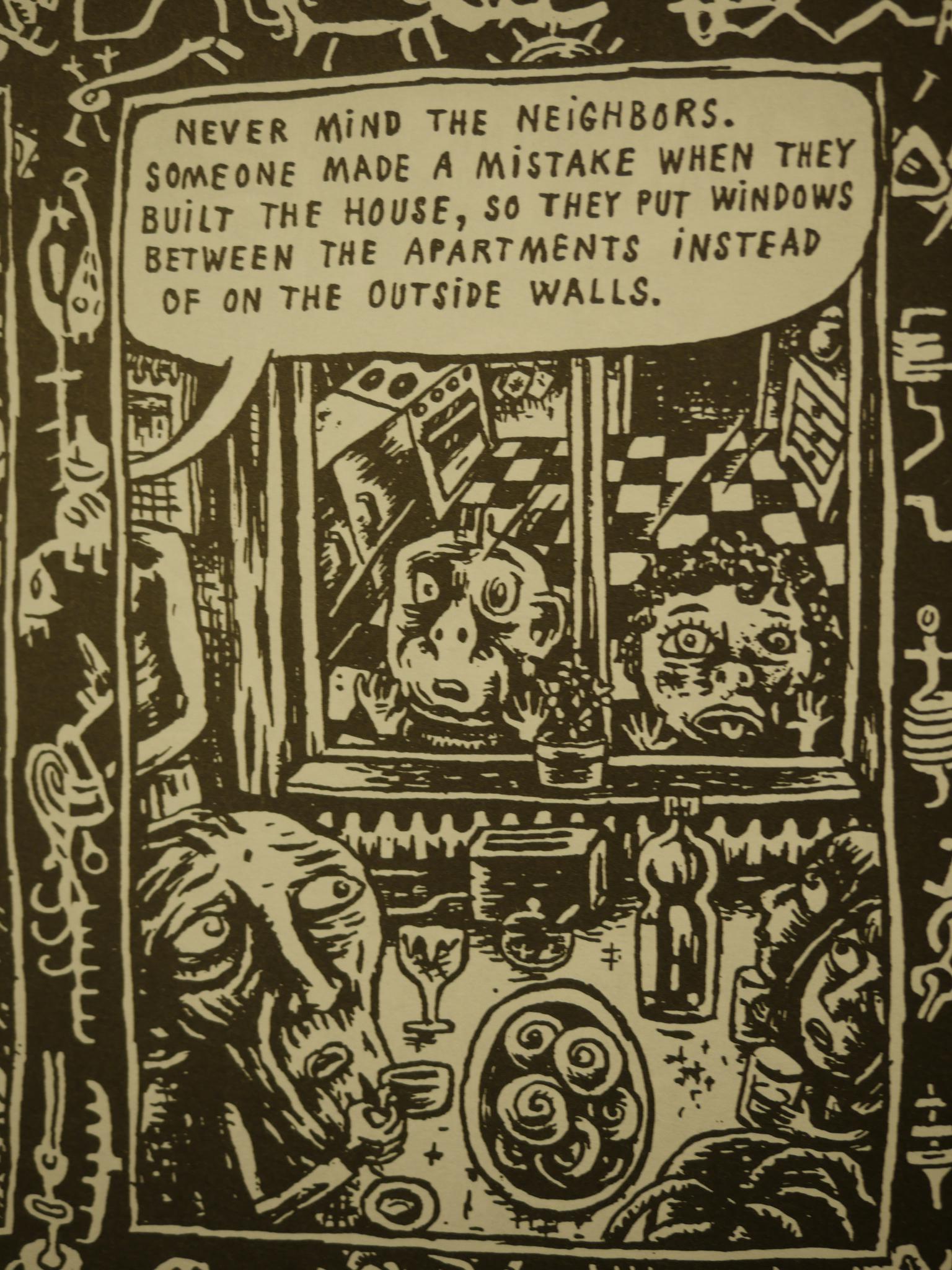 The stories mostly don’t really go anywhere, but when you’re having this much fun, who not stay put? This feels like a very dream-inspired apartment… 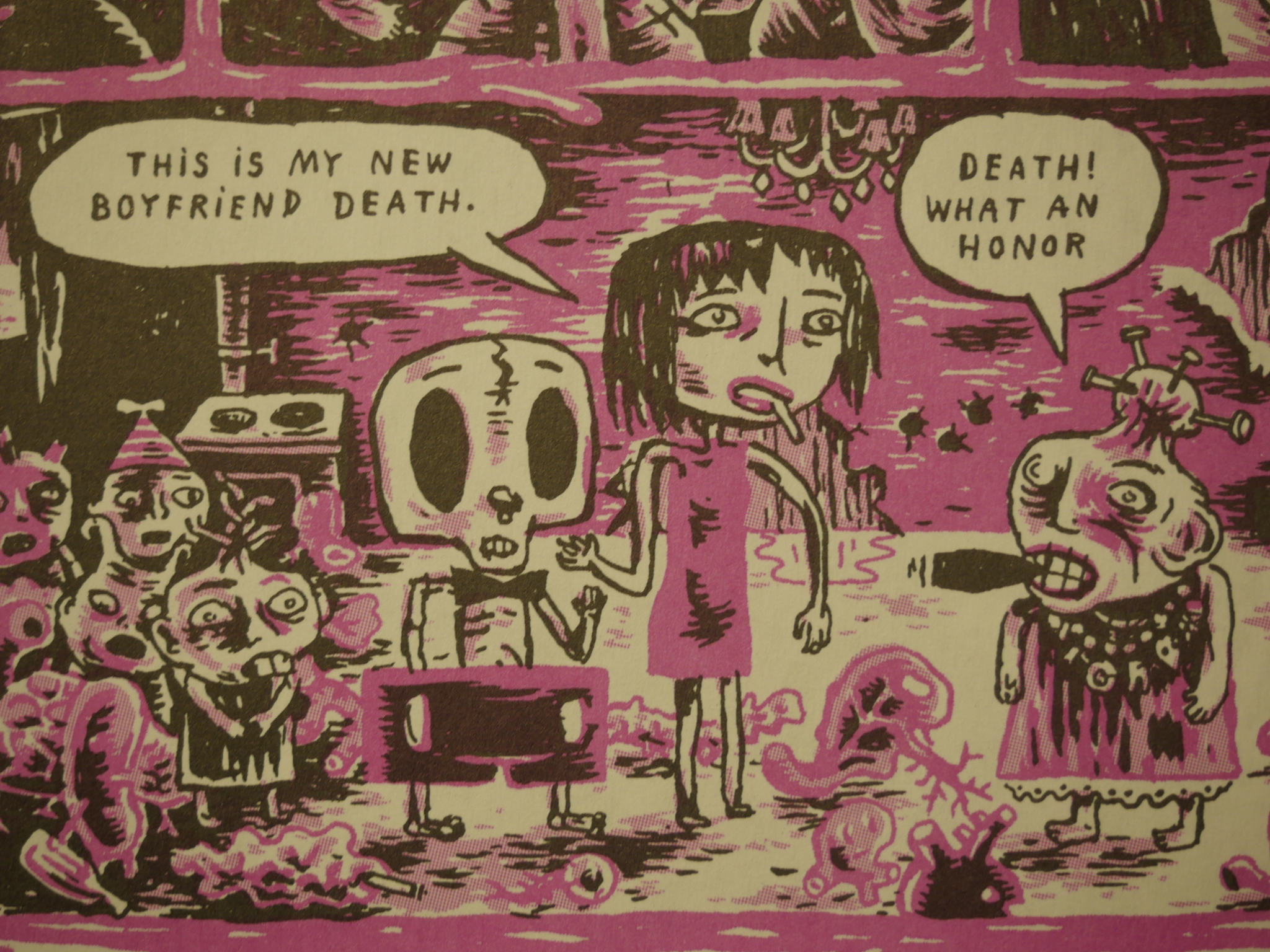 The title of the comic book is Death & Candy, who are two characters that Andersson had used earlier. Hm… I just read a bunch of their adventures, but where? Hm… Oh, yeah, I was in Sweden the other month and got one of his collections. Anyway, the only appearance of these characters in this series are for four pages in issue three, which is slightly perverse. But it’s a good title, anyway. 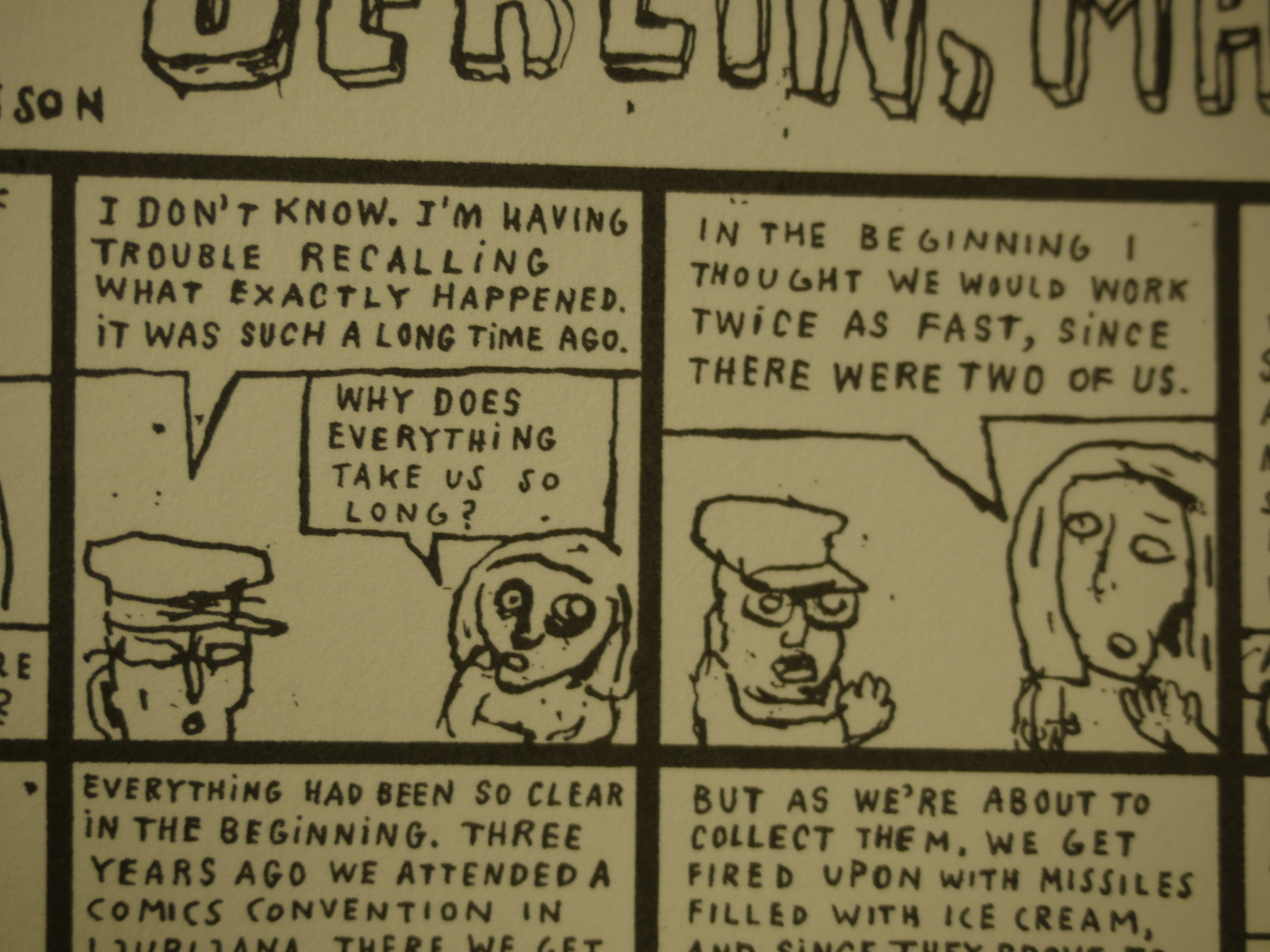 The last couple of issues are dominated by a collaboration with Lars Sjunnesson, “Bosnian Flat Dog”, which is even more stream-of-consciousness than Andersson’s solo work. Here they explain that they’ve forgotten what the narrative was all about. 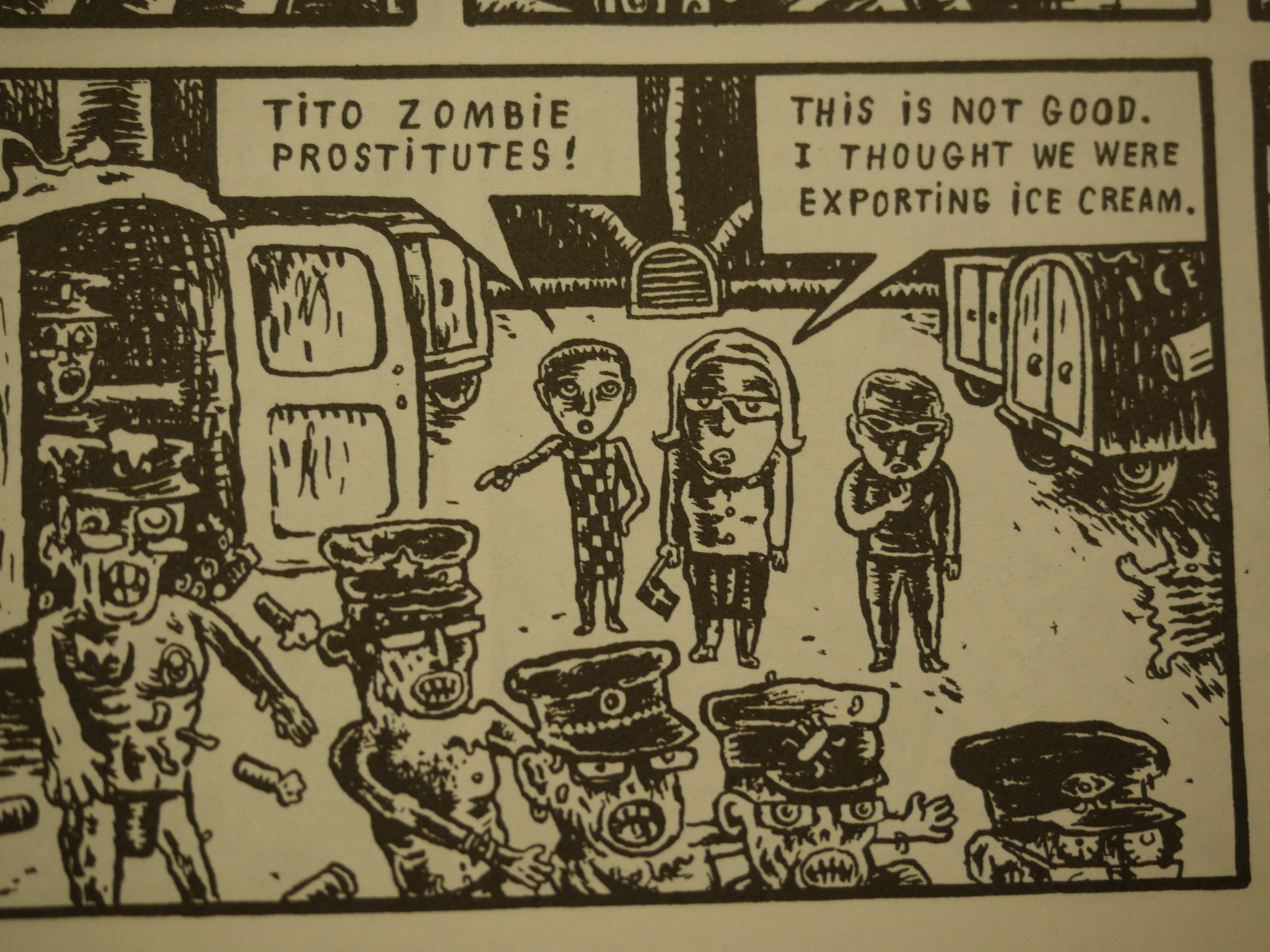 The artwork is messier in the collaboration than in the solo stuff, too, but it’s rather funny.

Andersson is still publishing stuff today, and I’ll have to get that book, I think.