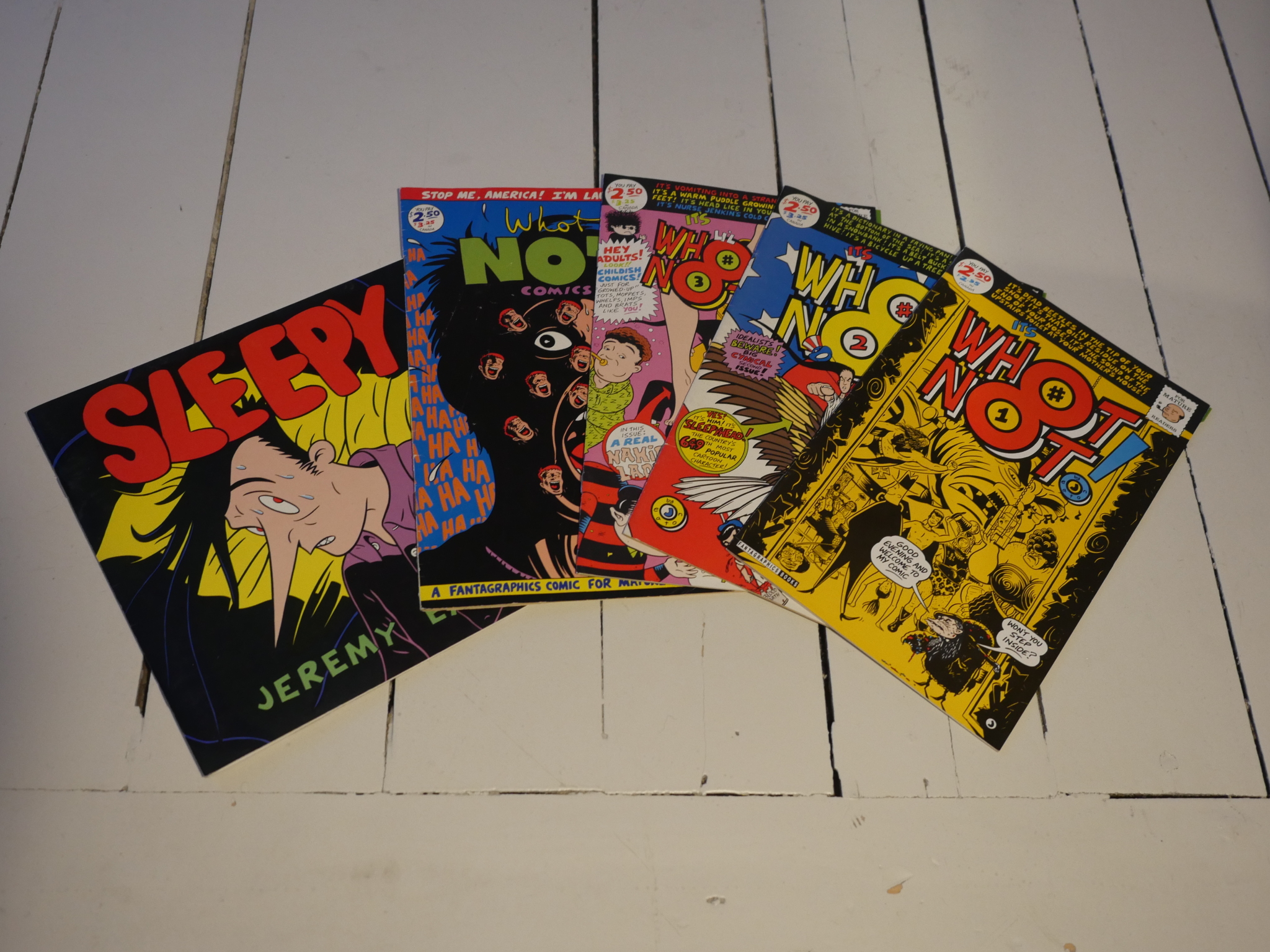 Eaton is probably most well-known for his alternative weekly strip “A Sleepyhead Tale” from the late 80s/early 90s. Fantagraphics released a handful of collections of that series, but only one of them are in floppy format, so I get to skip the rest for this blog series! Haha! (I’ve got them here somewhere, though.) 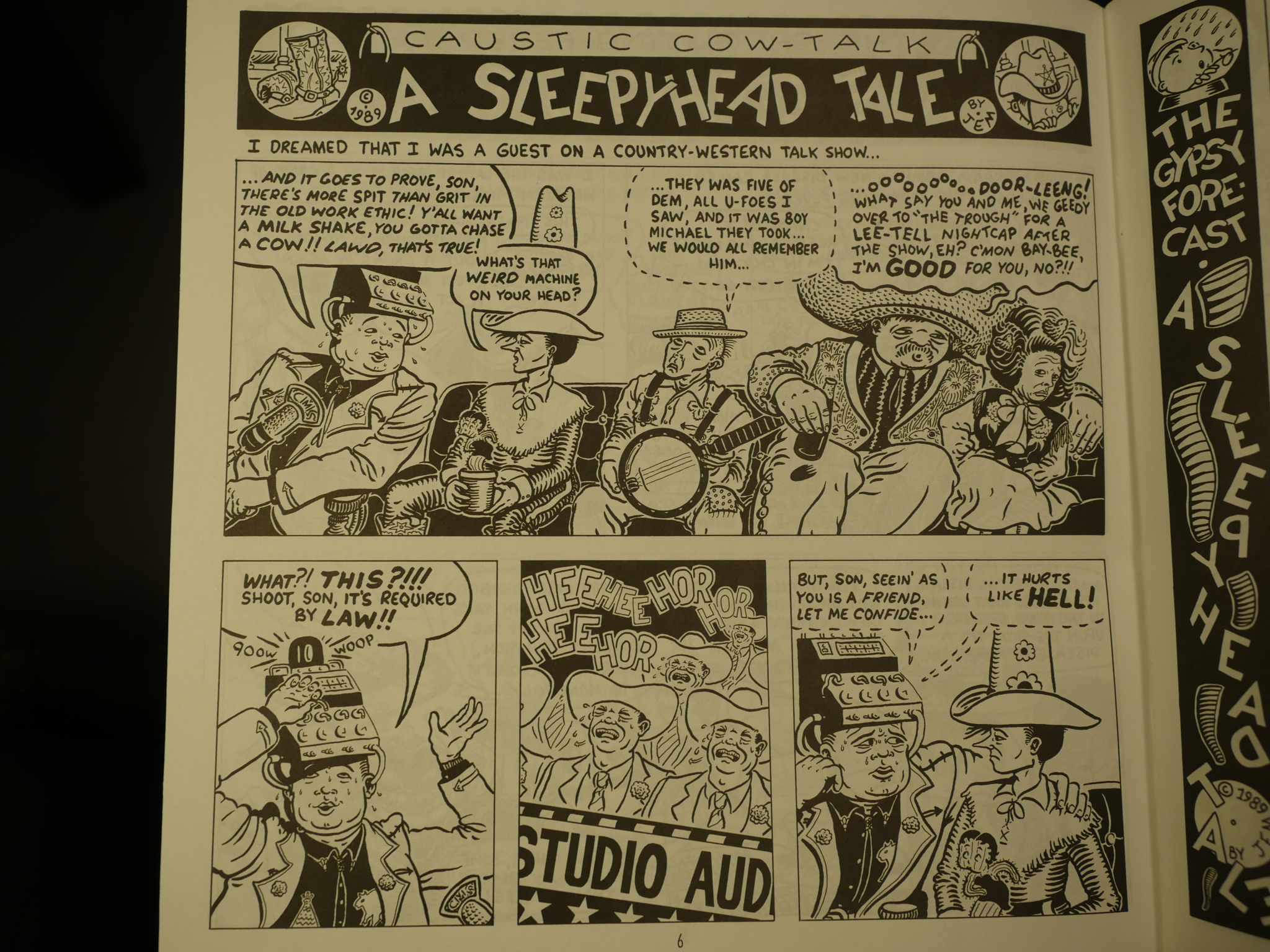 Sleepy: The Early Daze collects some early strips. They’re all basically like this: It’s a retelling of a dream that doesn’t really … seem convincingly dream-like. It veers a bit into Zippy territory, I think. Which is fine. 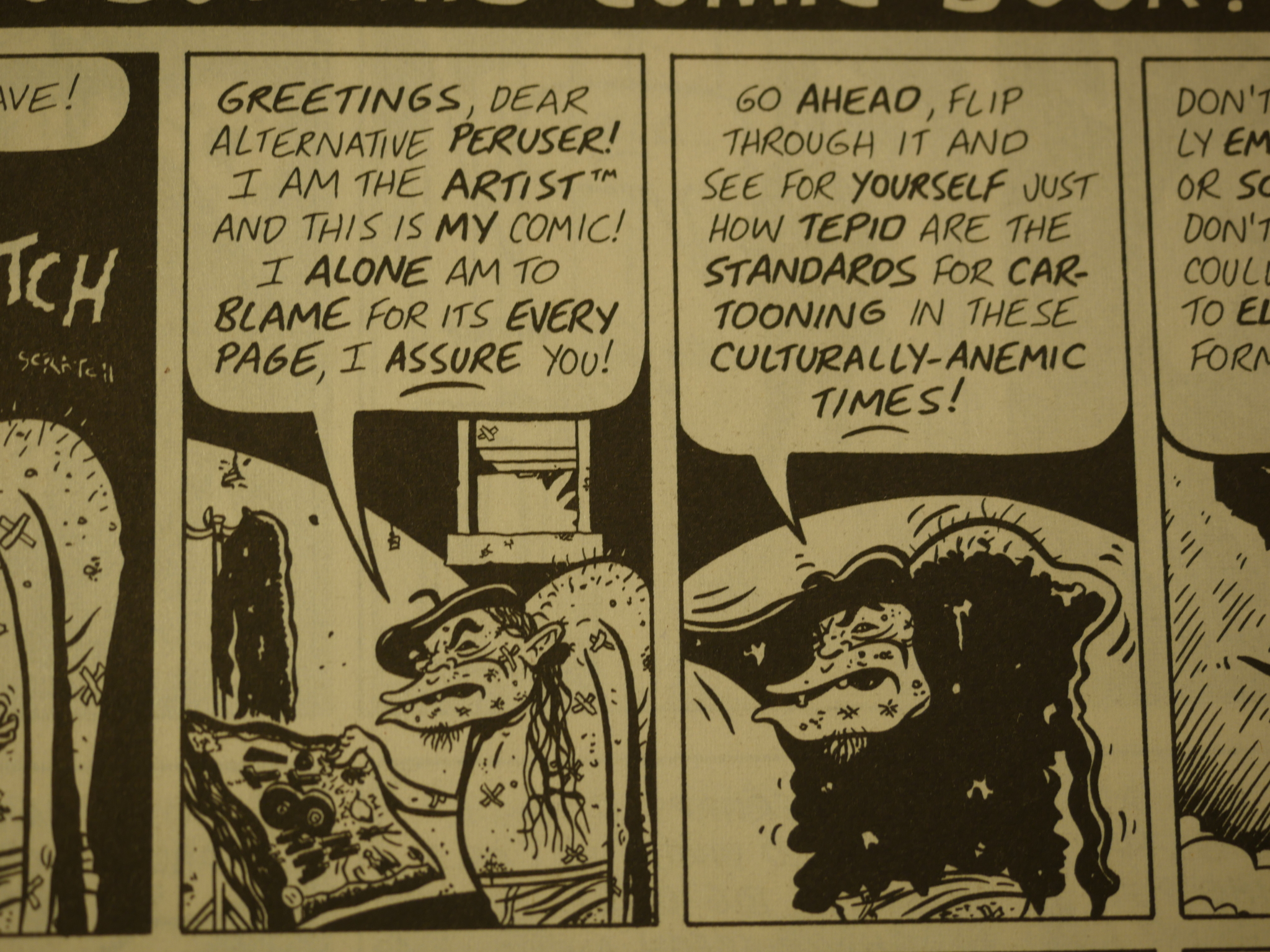 Whotnot has the look of a Mad Magazine homage, and it seems to attempt to adhere to that template for the first issue. So you have the cultural critique… 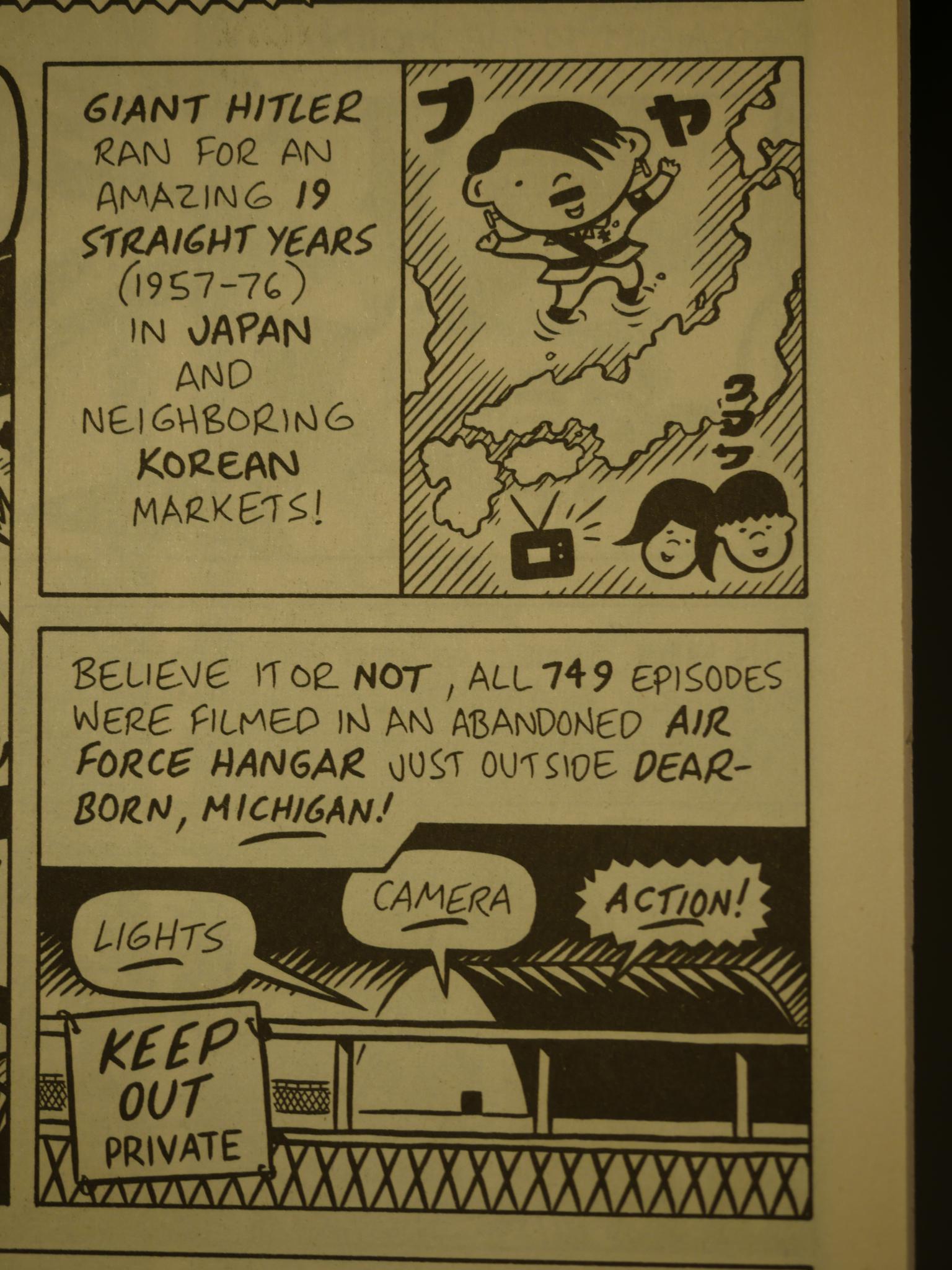 … and a parody of all those “aren’t things weird in Japan, huh?” articles every written. It’s amusing. 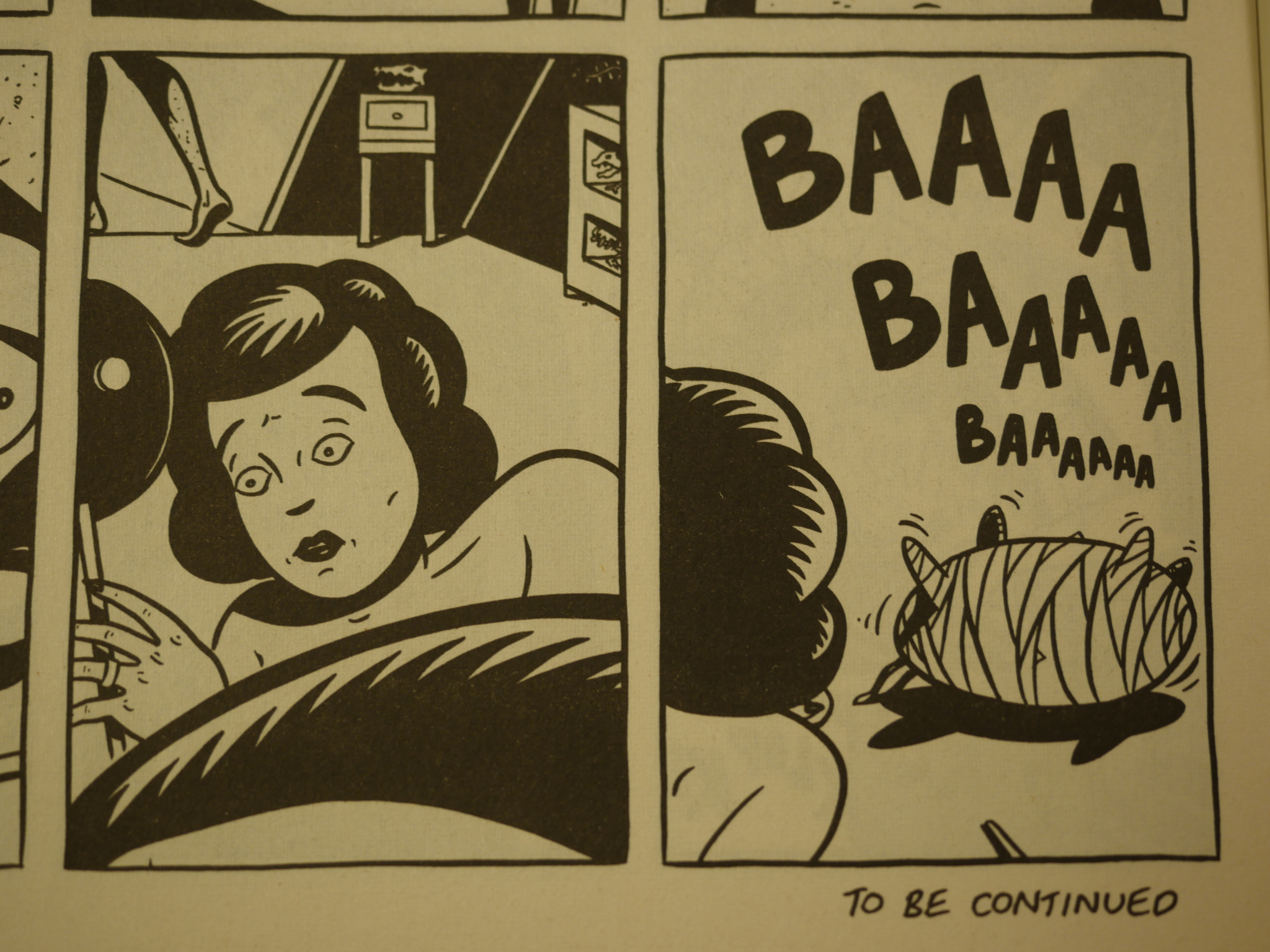 The last half of most of the issues are taken up by a serialisation of a story called “Americaville”. I assumed that it was going to be a straight-up parody of Like a Velvet Glove Cast in Iron from Eightball… and I’m still not sure that it isn’t. But it could also be an earnest attempt at doing something along the same lines, really. 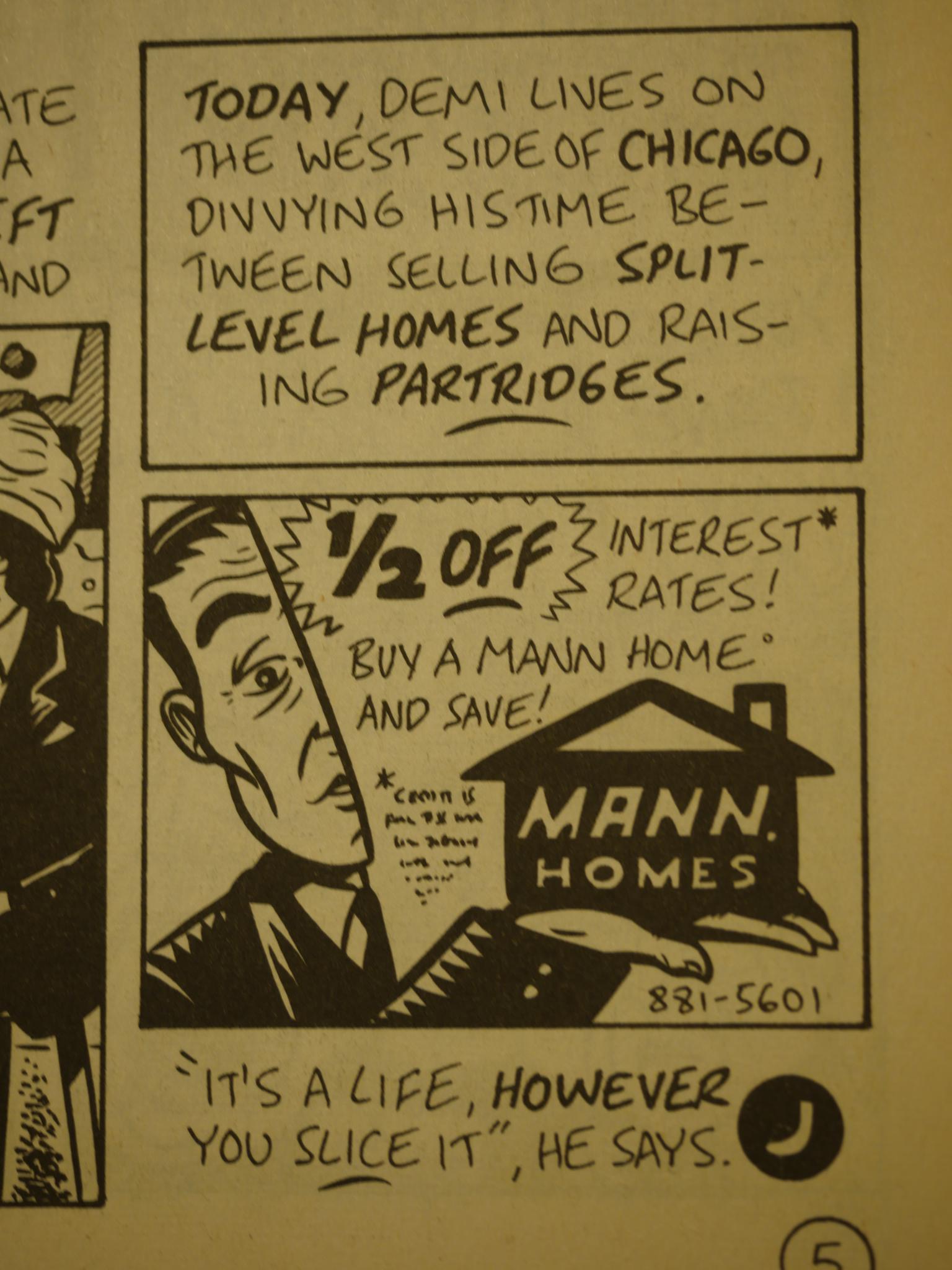 Eaton’s imagination is prodigious: Here we have a guy that was born with only half his body selling split-level homes.

But is it funny? 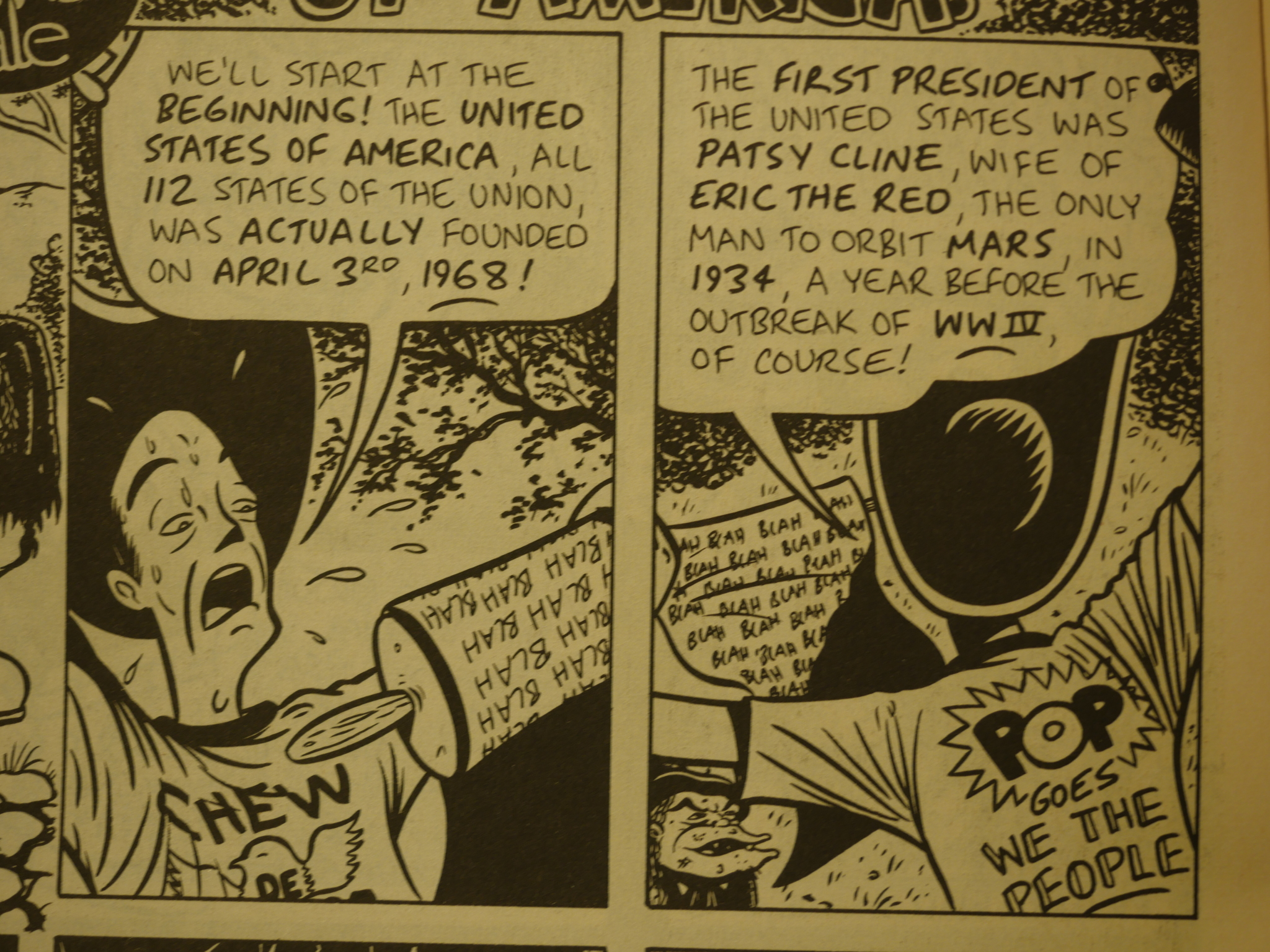 I guess it is, but I’m writing this three days after that most disastrous US elections ever, and my mirth doesn’t seem to want to be stirred by this stuff. It’s probably just me. 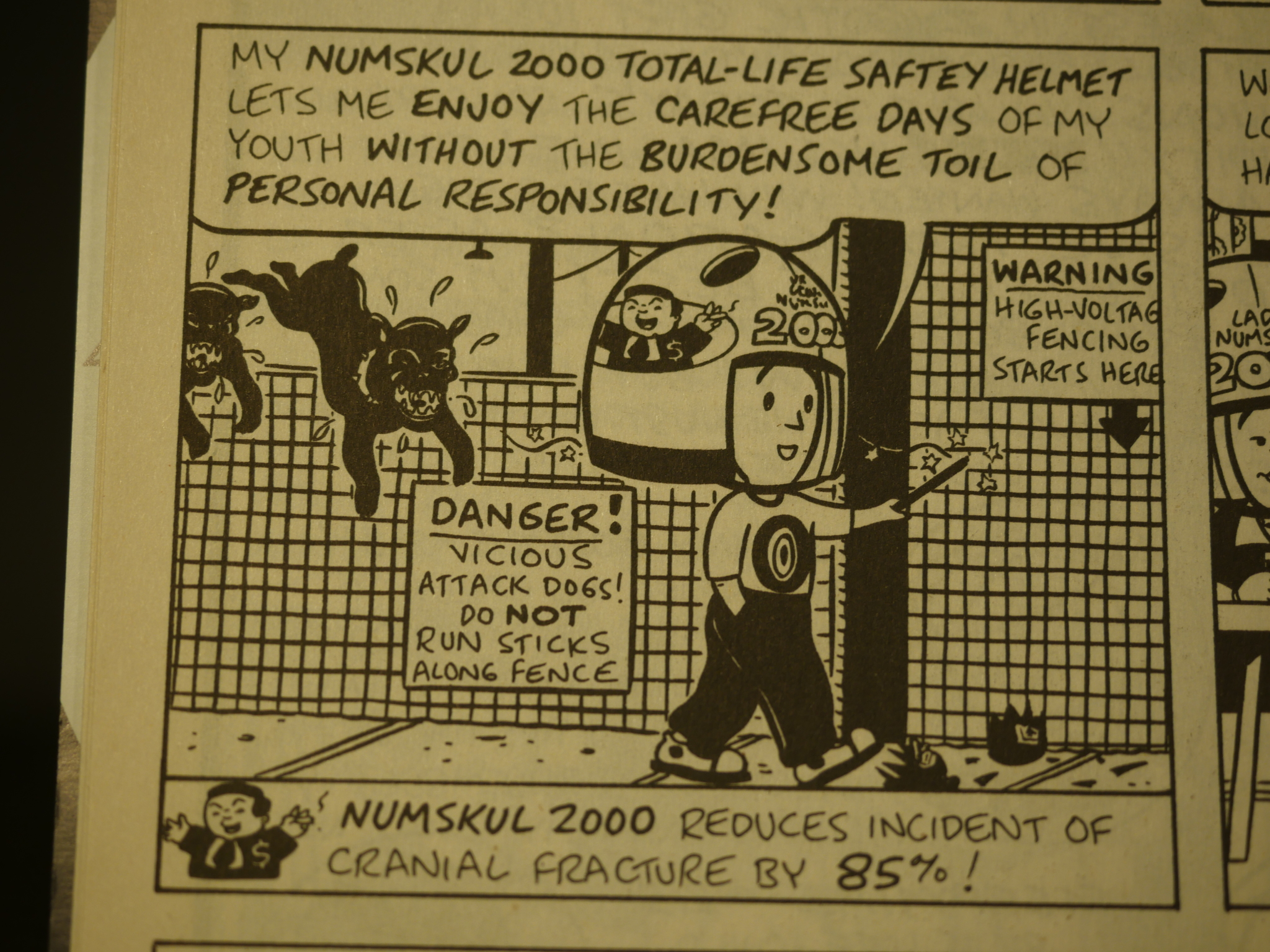 And some of Eaton’s satirical subjects are a bit tired. Even if they’re inventively done. 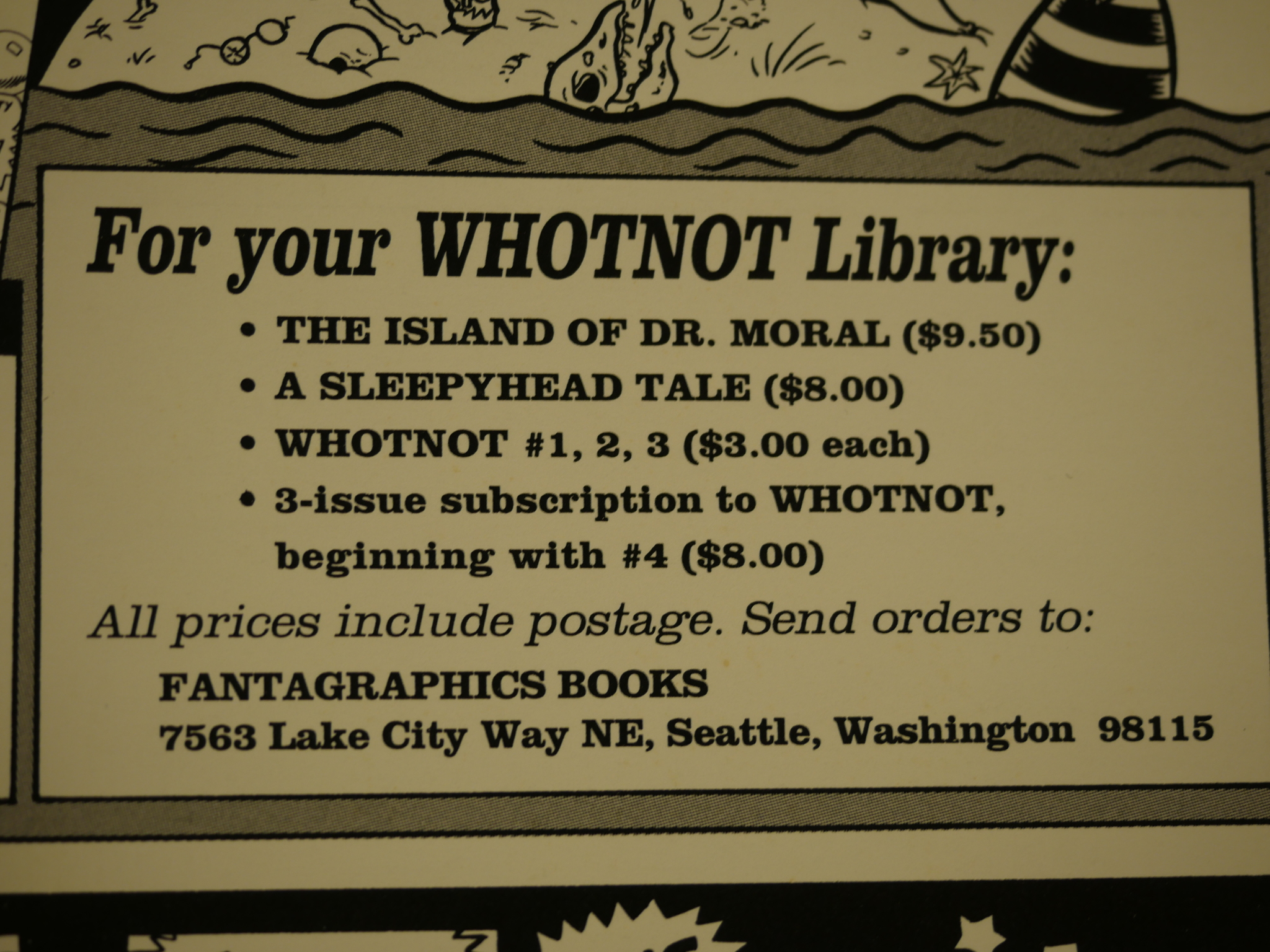 Uh-oh. When Fantagraphics starts offering subscriptions to a series, there’s a pretty good chance it’ll be cancelled soon. I don’t have statistical data to back that up, but this is a post fact world, right? 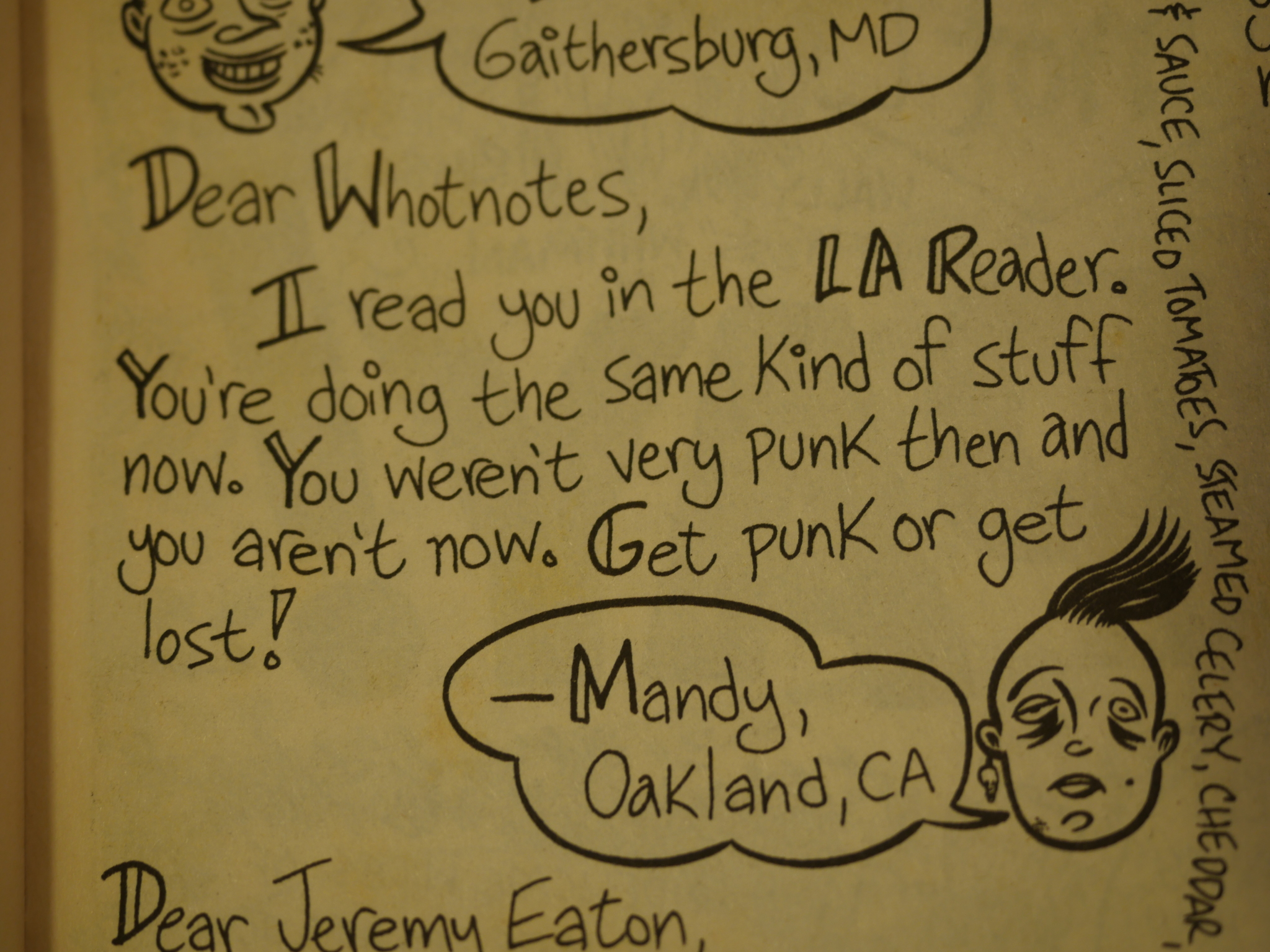 The readers weigh in. 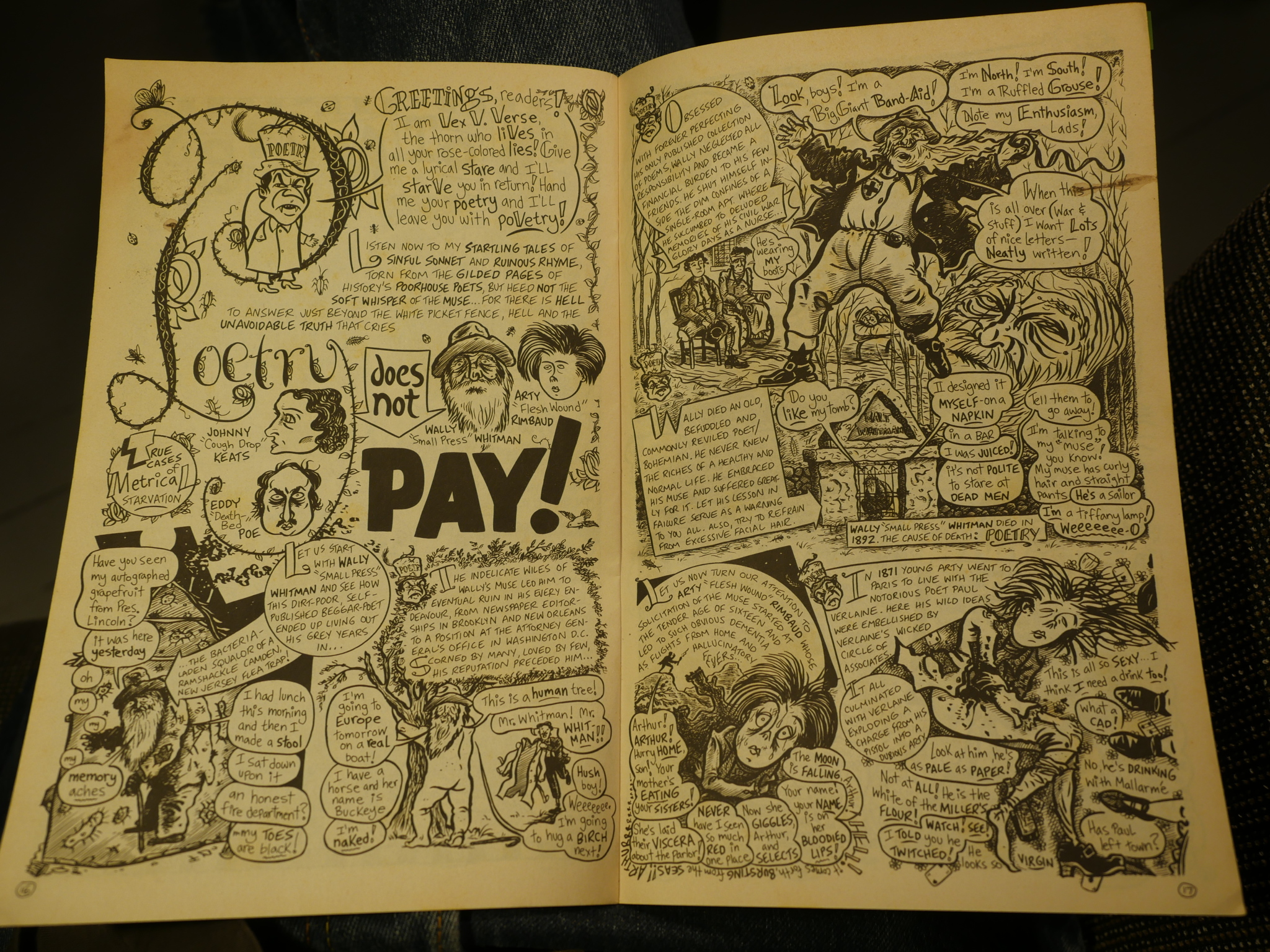 The fourth issue is quite different from the first three issues. There’s mostly page after page of this kind of stuff. I kinda suspect that Eaton lost interest in the project, because it seems a bit slap-dash, both graphically and humour wise. 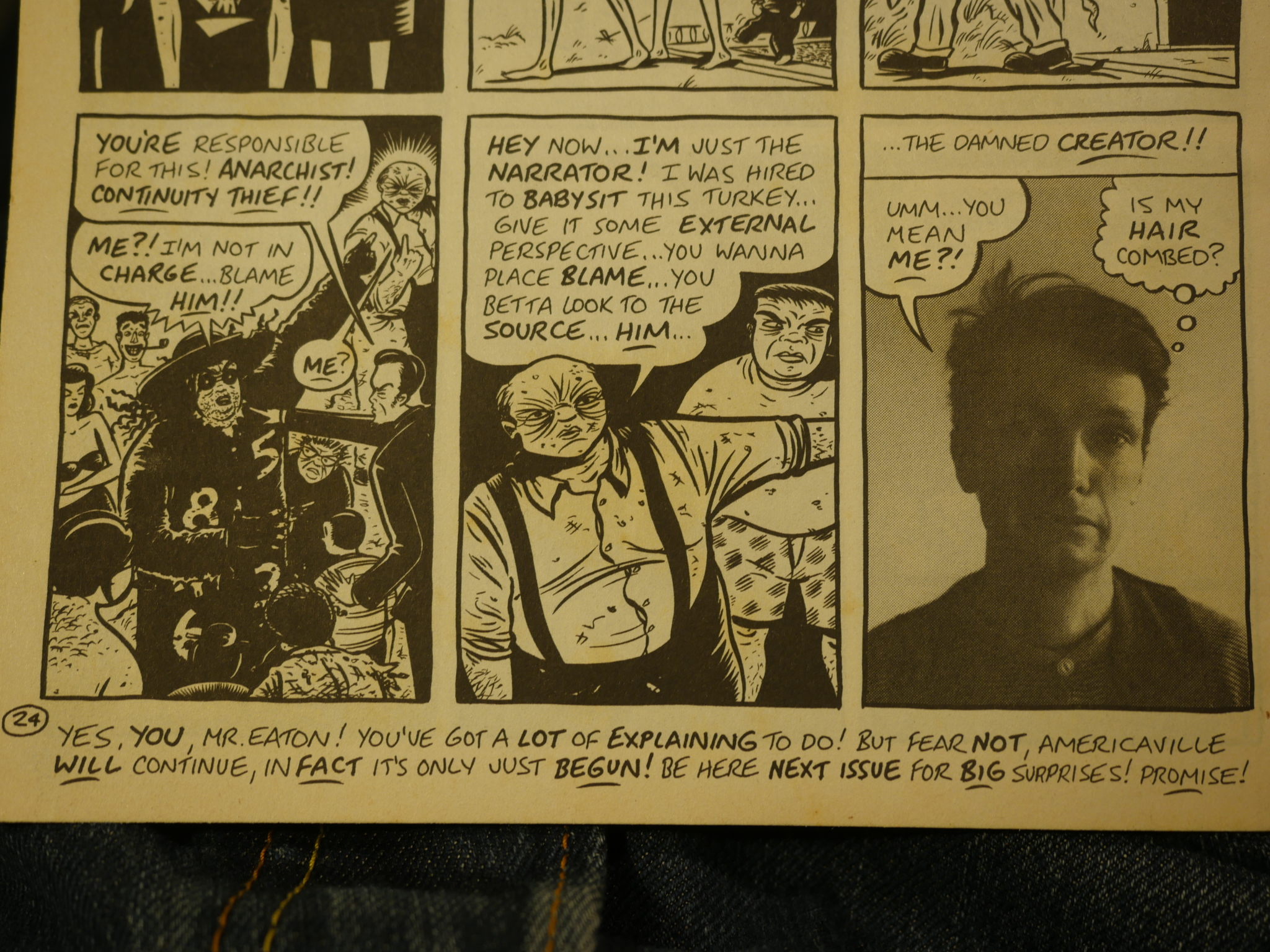 Eaton promises to continue the Americaville series. Which is a good way to say “this is the last issue”.

Eaton seems to be doing mostly paintings these days.