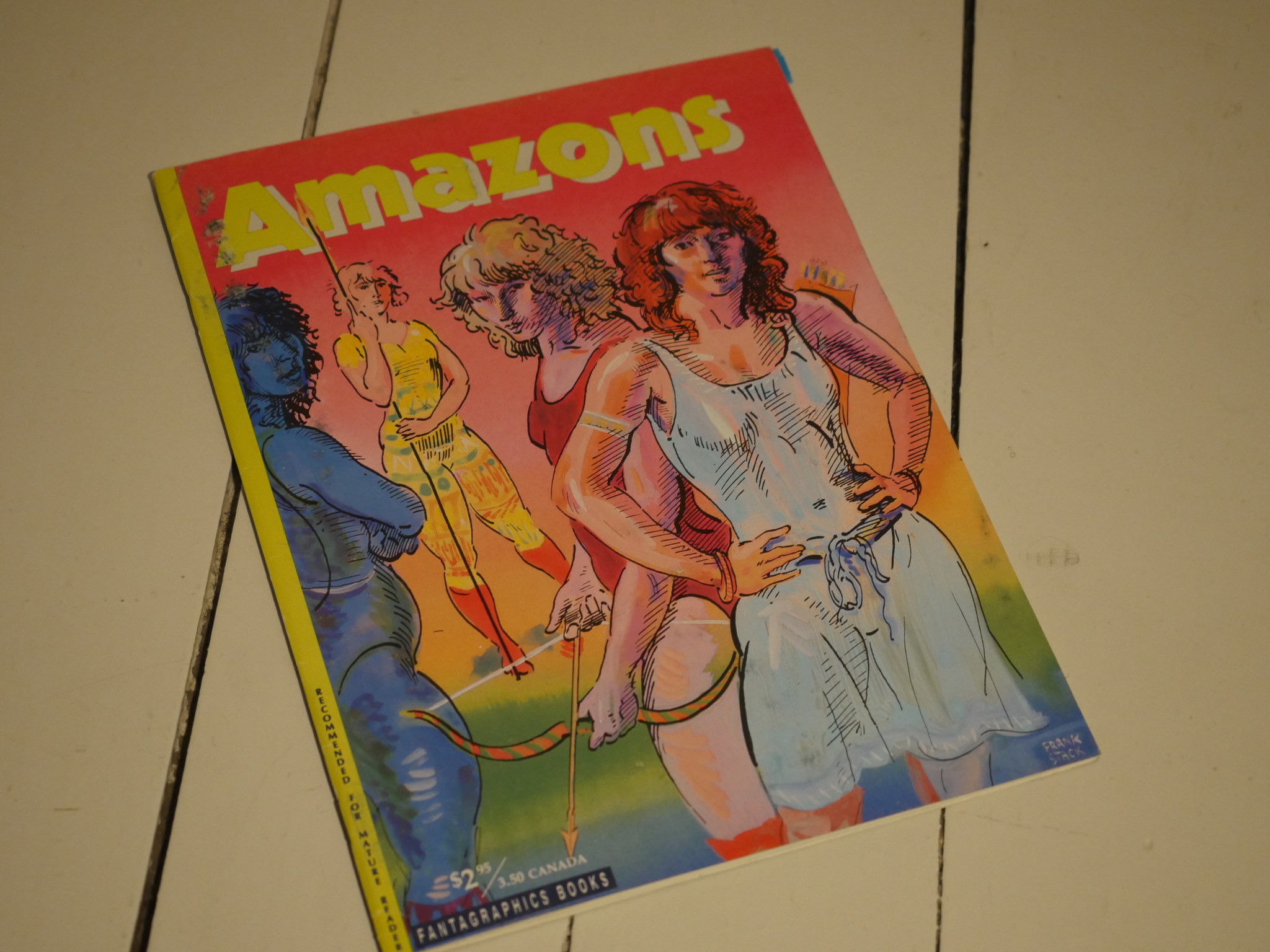 Frank Stack is a first-generation underground artist: His first underground comic was published in 1962 (The Adventures of Jesus), but he hasn’t published that many books. Amazons is one of his rare 80s/90s solo floppies, and I don’t know whether it’s an original work, or whether it’s a collection of pieces serialised in an anthology somewhere. 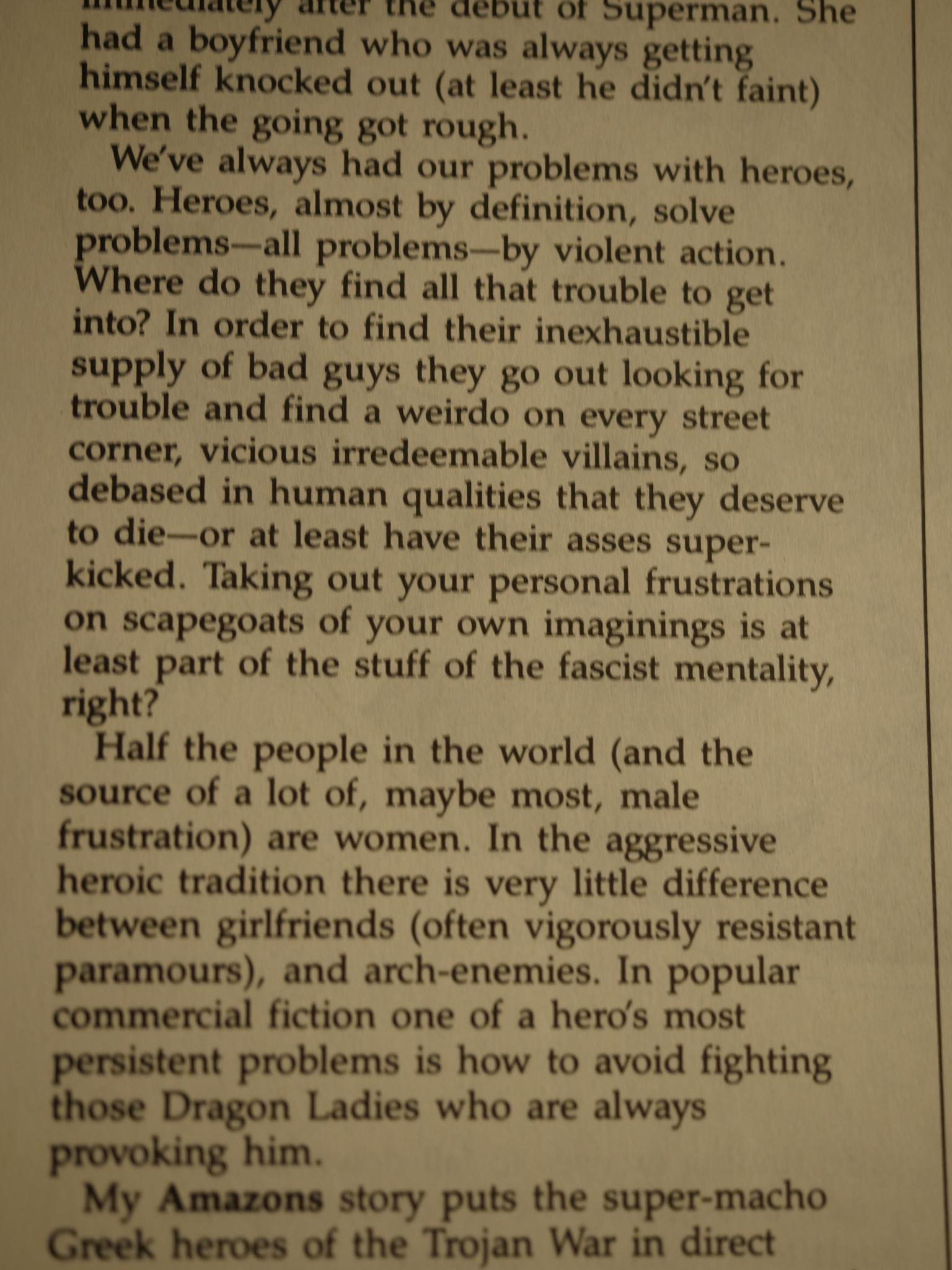 Stack writes a three-page introduction where he explain his interest in the Amazon myth (or history, depending on who you ask). 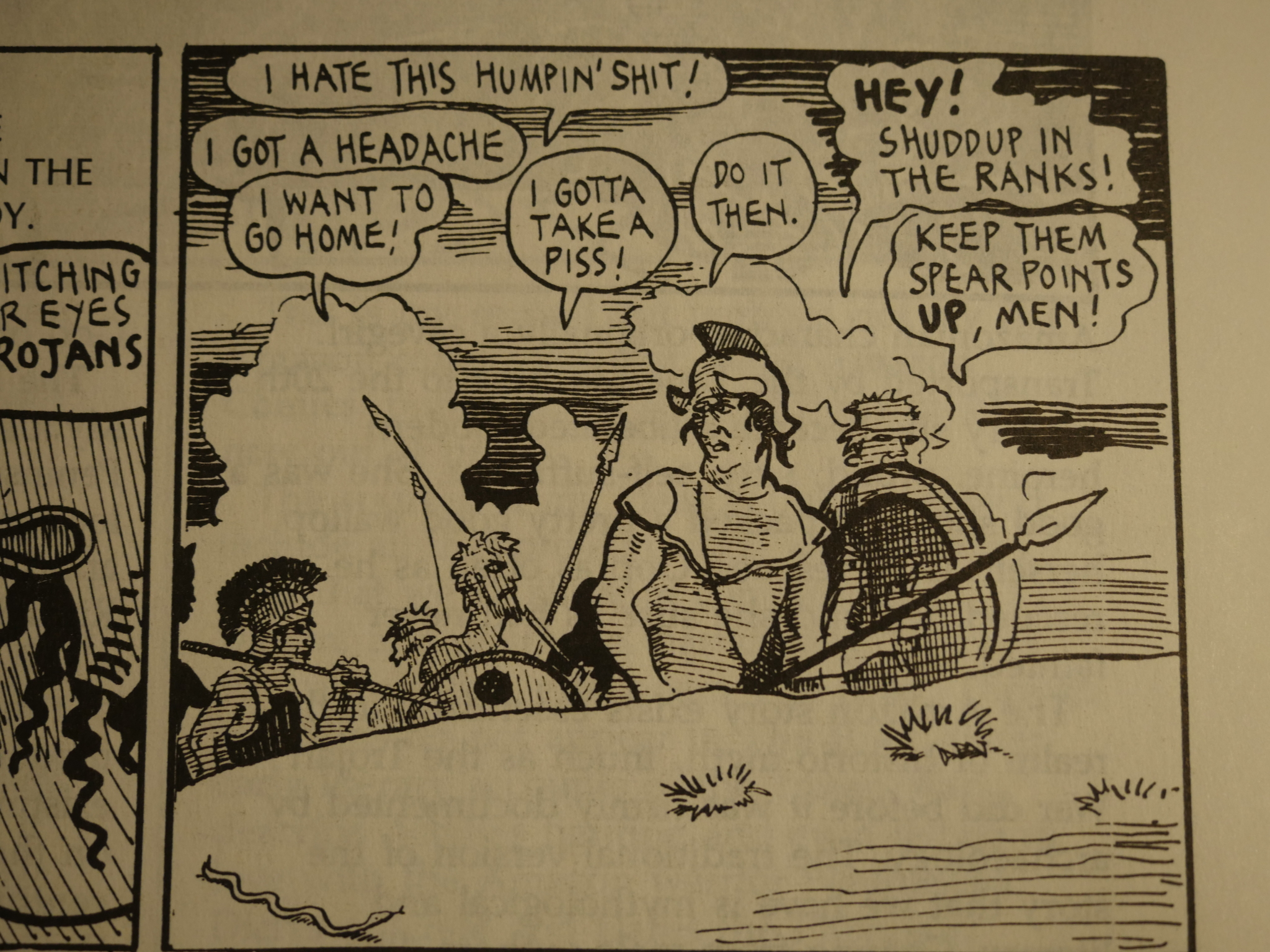 The Greek soldiers sound more realistic here than in any other depiction I’ve seen. 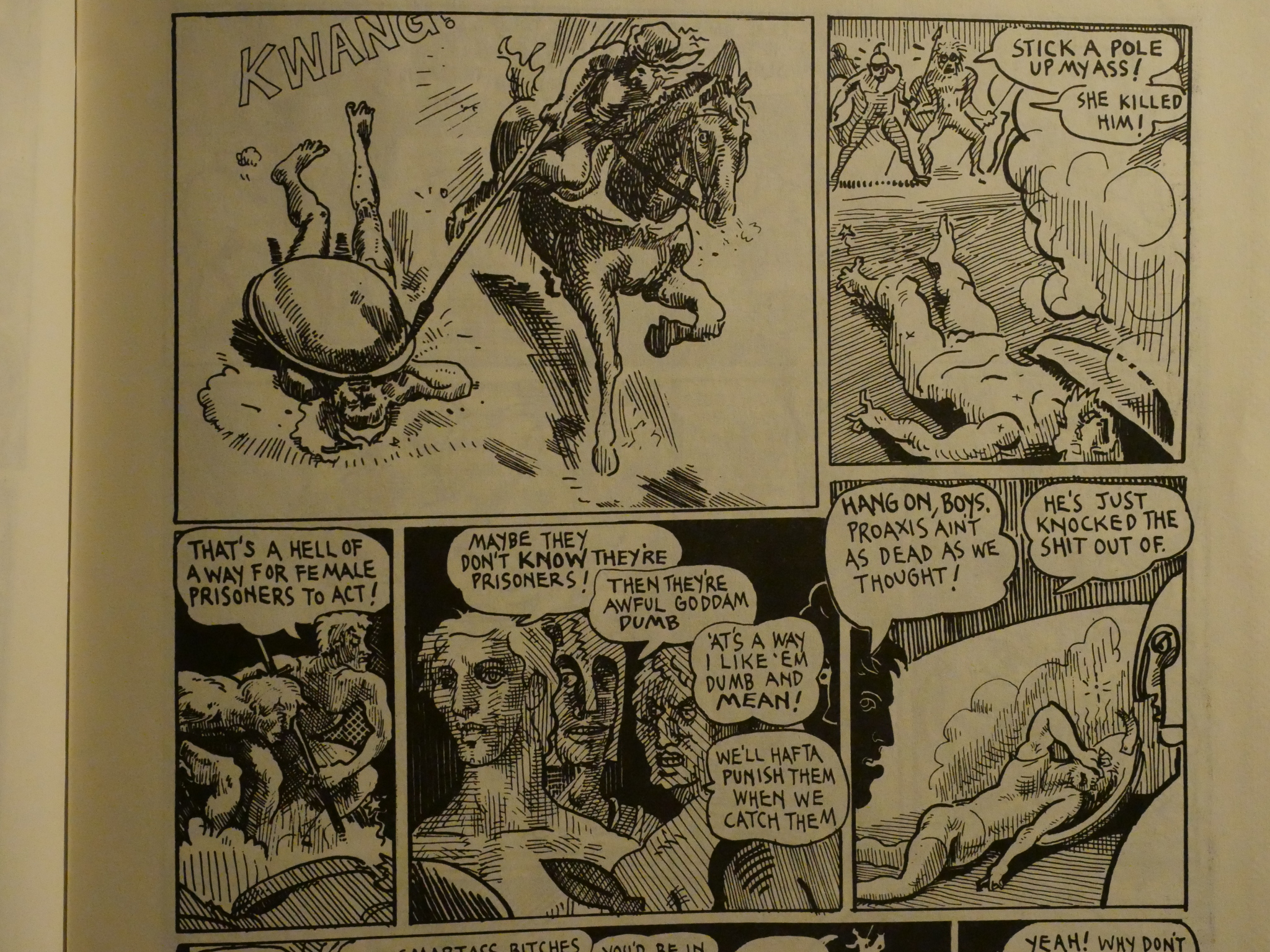 Stack’s artwork is clearly identifiable as being underground, and his cross-hatching technique is a wonder to behold. He uses all these different line weights, from solid to extremely thick, in varying densities, all parallel on the same object, but changing direction from object to object. Some people who shade with hatching to this extent often end up with grey-looking pages with little variation in intensity, but Stack’s pages are very, very readable. 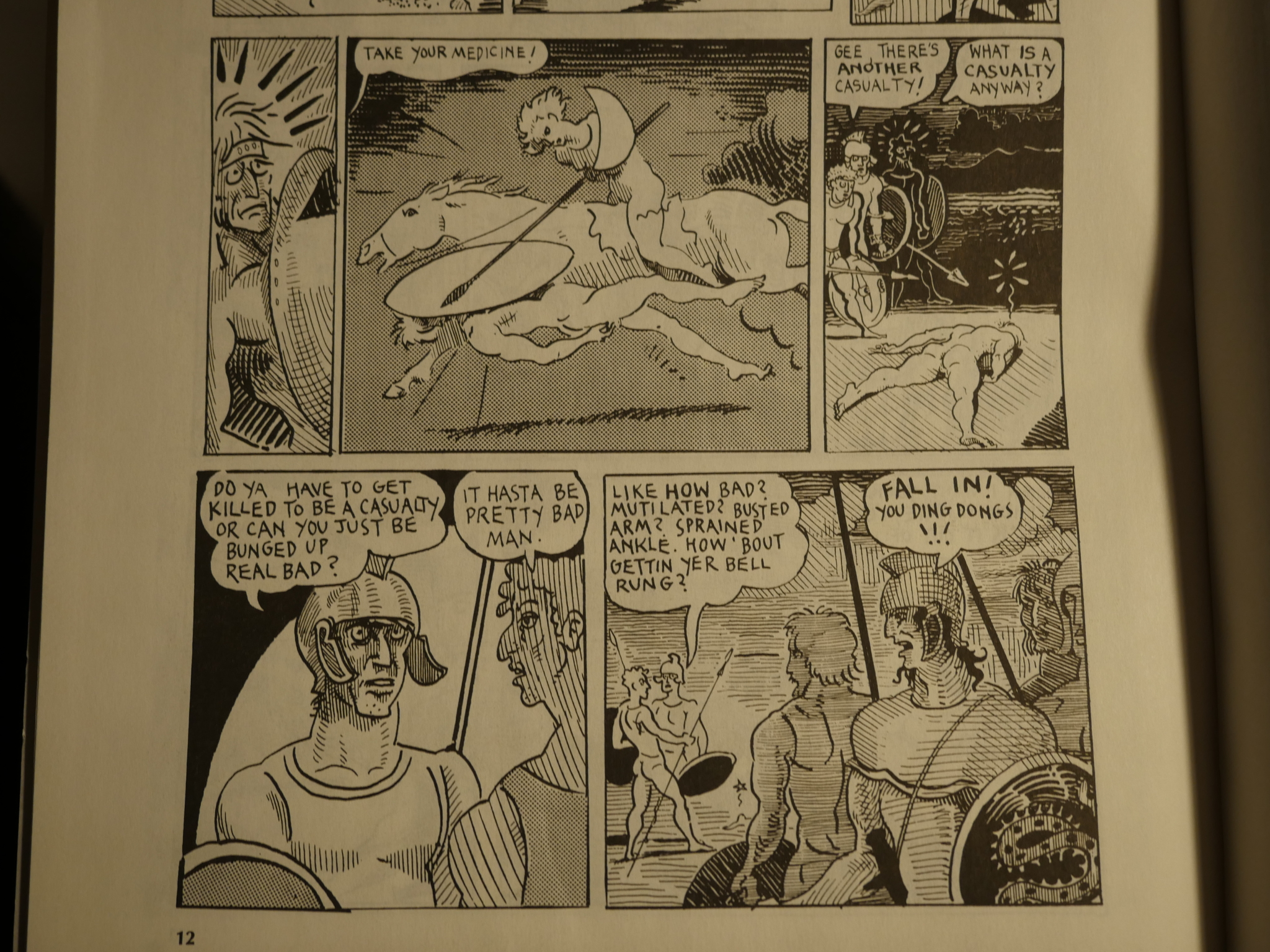 He’s not that serious about all the fighting, though, and the soldiers often veer off onto semantic tangents. 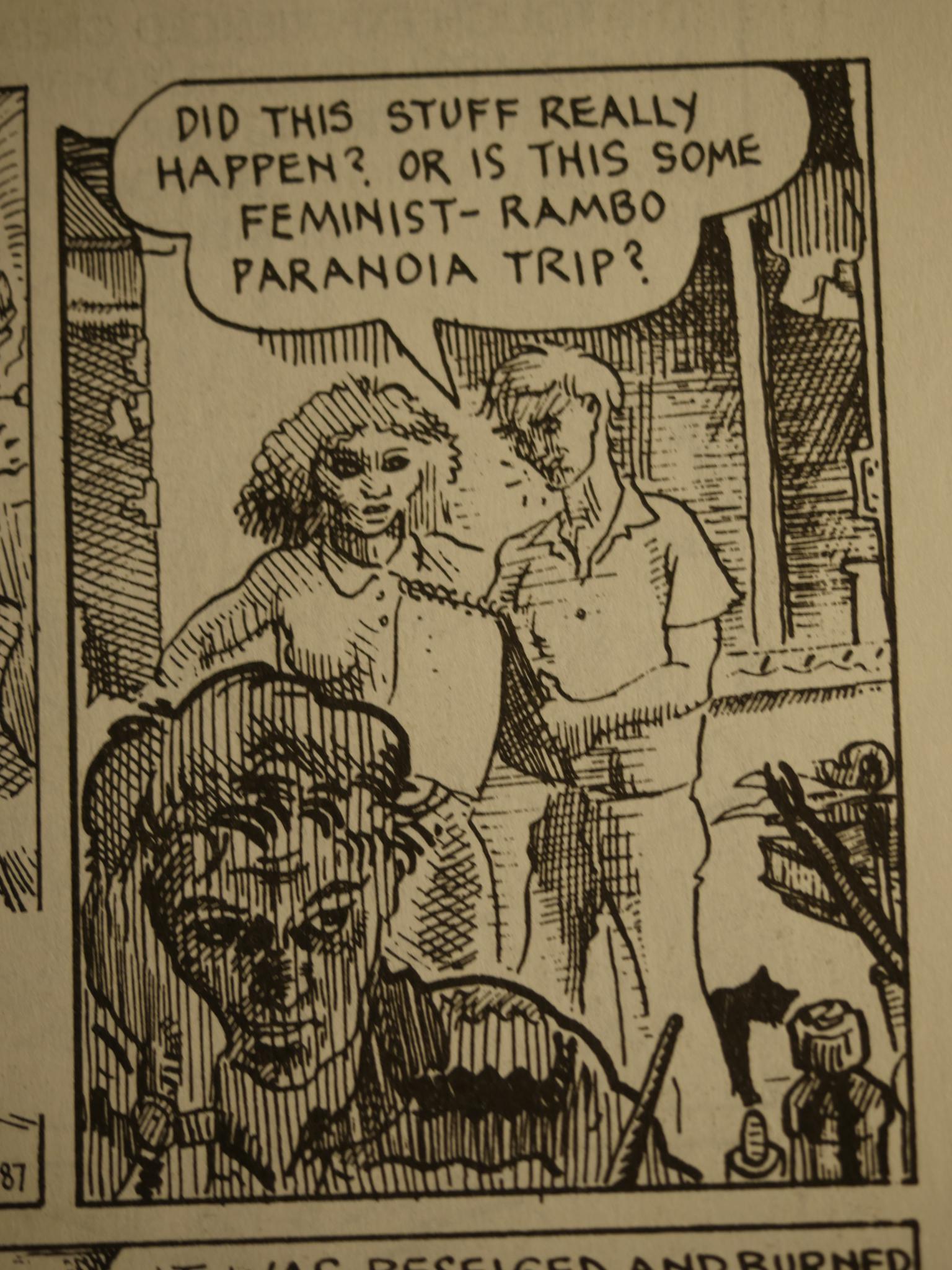 As an introduction to the final chapter, we see the artist himself (probably) being challenged by a friend as to whether Amazons existed or not. I love that drawing of the artist.

Stack has continued to publish books sporadically after Amazons. His most famous one is probably Our Cancer Year, written by Harvey Pekar and Joyce Brabner. Fantagraphics finally published a collection of various Stack works (many published under the name Foolbert Sturgeon) as Foolbert Funnies: Histories and Other Fictions last year.

Hm… Have I forgotten to buy that? I can’t recall… Oh, it’s over there in the ever-growing “to be read” pile. When I’ve finished this blog series, I should be able to make a dent in it, I hope…