A Couple of Winos by Matthias Schultheiss from a story by Charles Bukowski.

Fantagraphics’ early attempts at publishing European comics was often rather awkward, trying to fit material made for different formats into something they could entice an American audience to buy. But this time it kinda works. 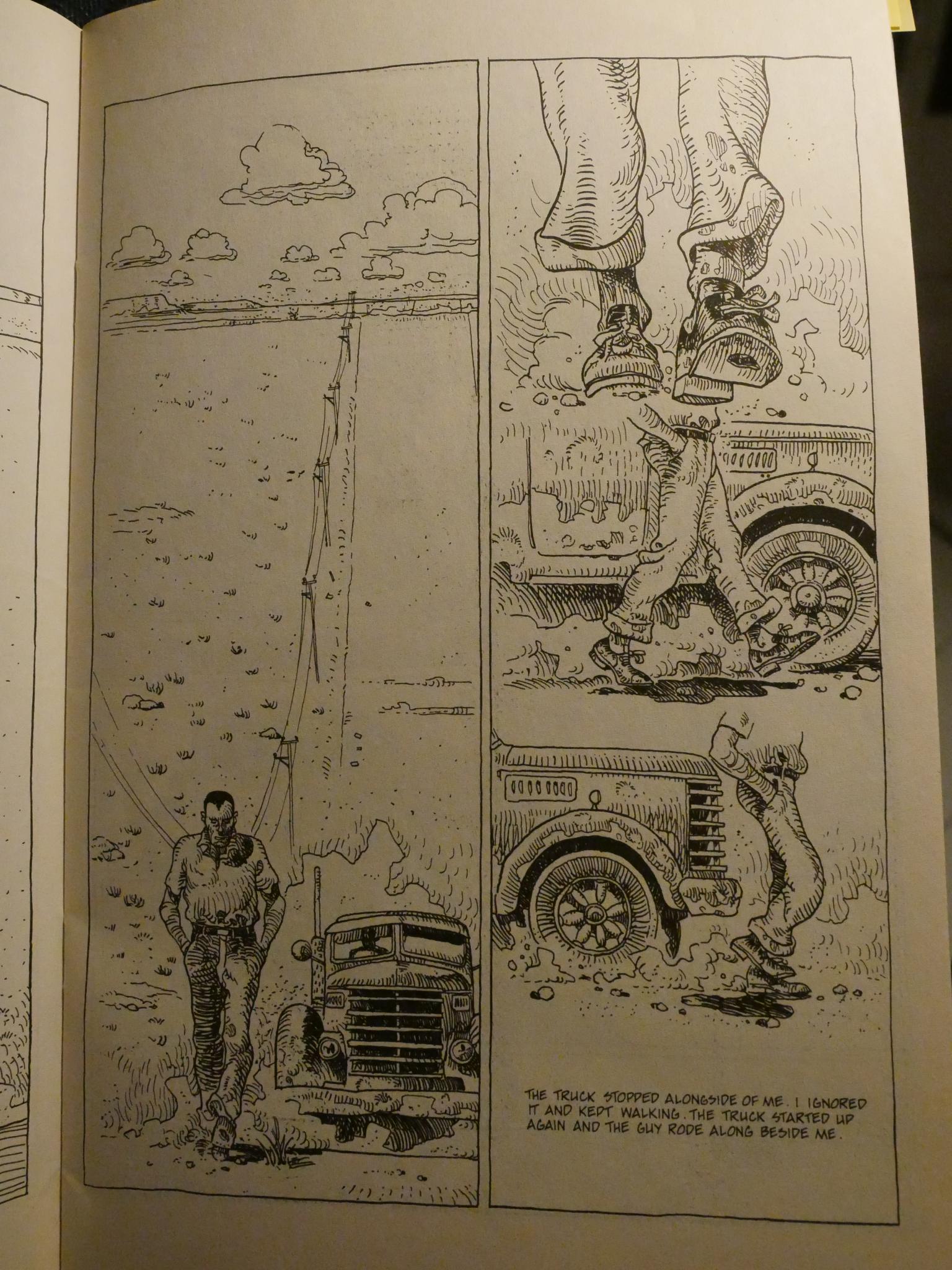 Schultheiss’ artwork here looks like a mash-up of Moebius and Hermann, which is very appropriate for the material. It looks like it was drawn with black-and-white in mind, and this desert comic looks good on newsprint. 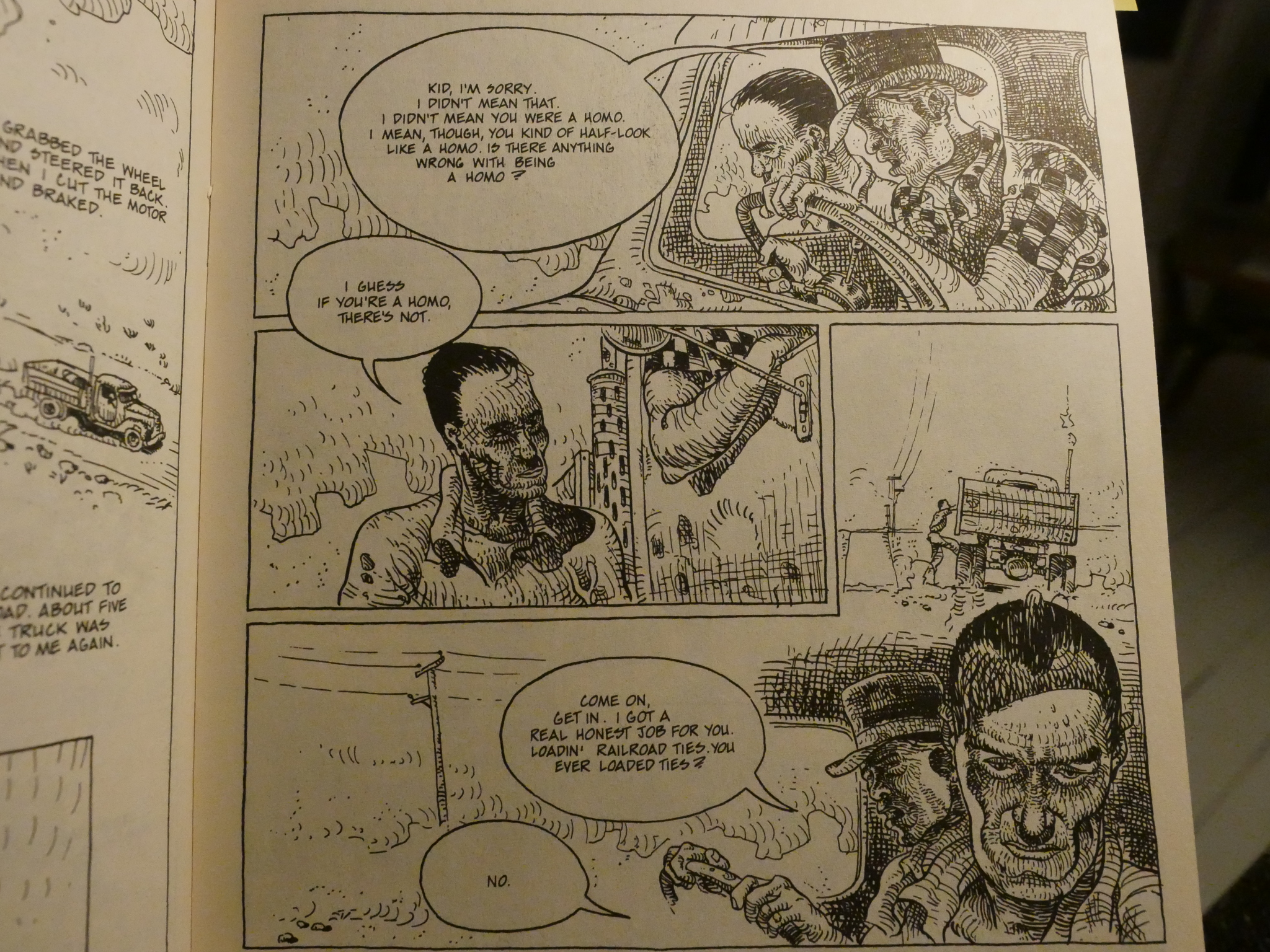 So there’s no disconnect between the format and the contents, and the story is a short one (originally a short story, I guess? or an excerpt from a novel? I was unable to google it, and there are no story notes in the comic itself) about a drifter getting a job from that truck driver up there. 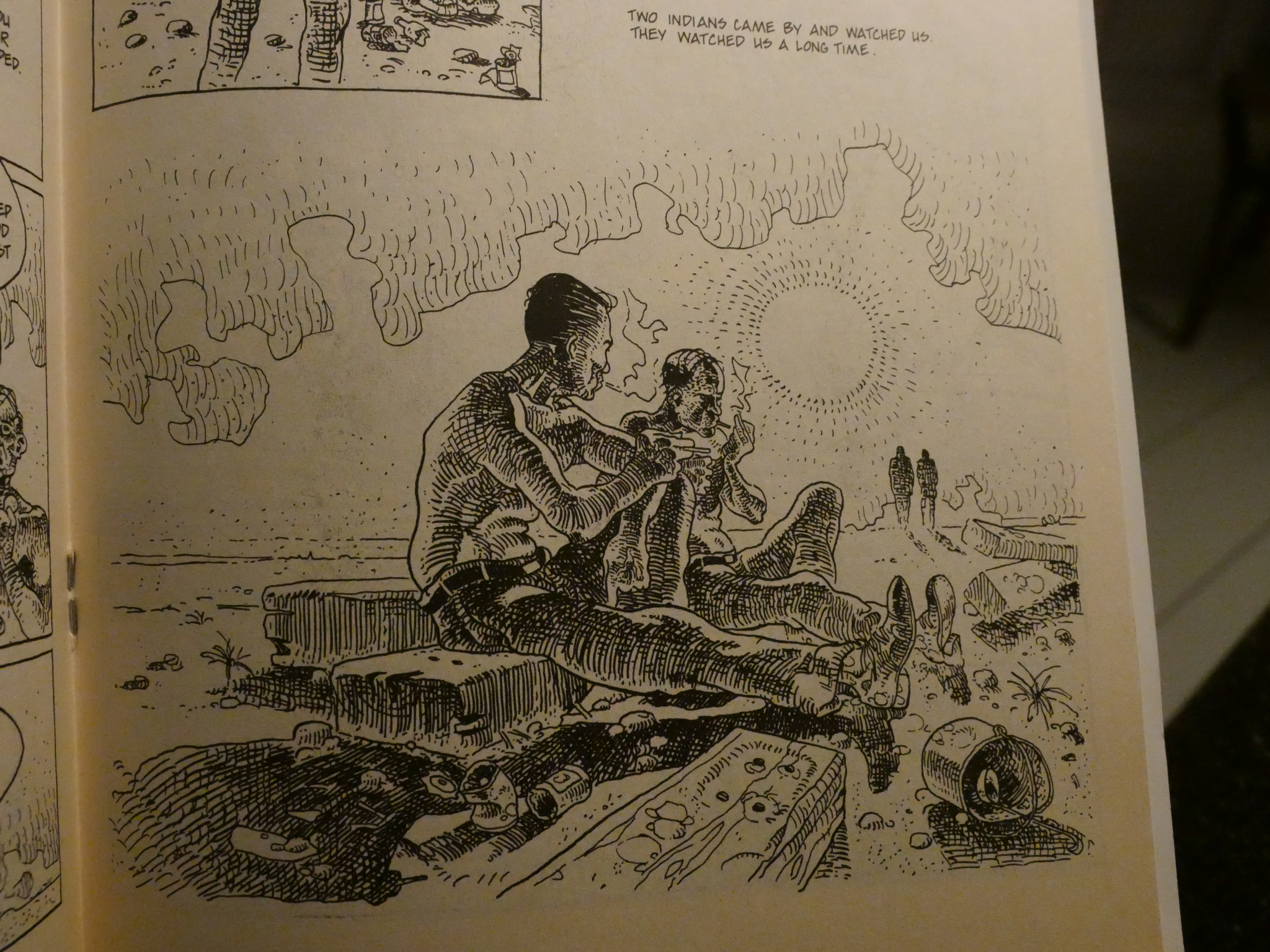 I’ve read a couple of Schultheiss’ other books, and they are science fiction, if I remember correctly, and drawn in a somewhat different style than this. They’re in colour, for one. I just googled his oeuvre, and he’s apparently published a number of Bukowski adaptions, but none of them have been published in English. Too bad, this is very good.