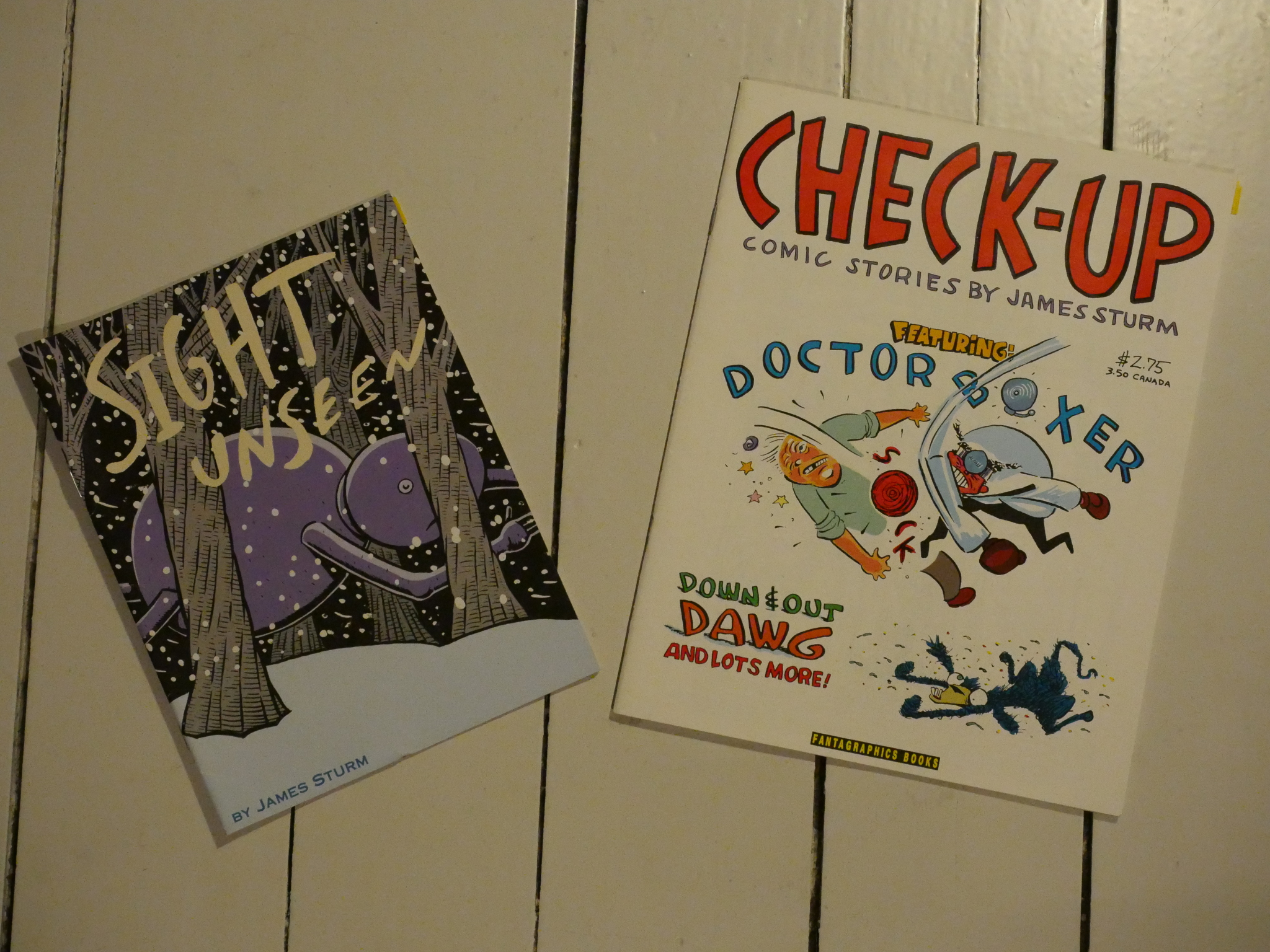 We last saw James Sturm just a few days ago in this blog series with his Cereal Killings comic book. 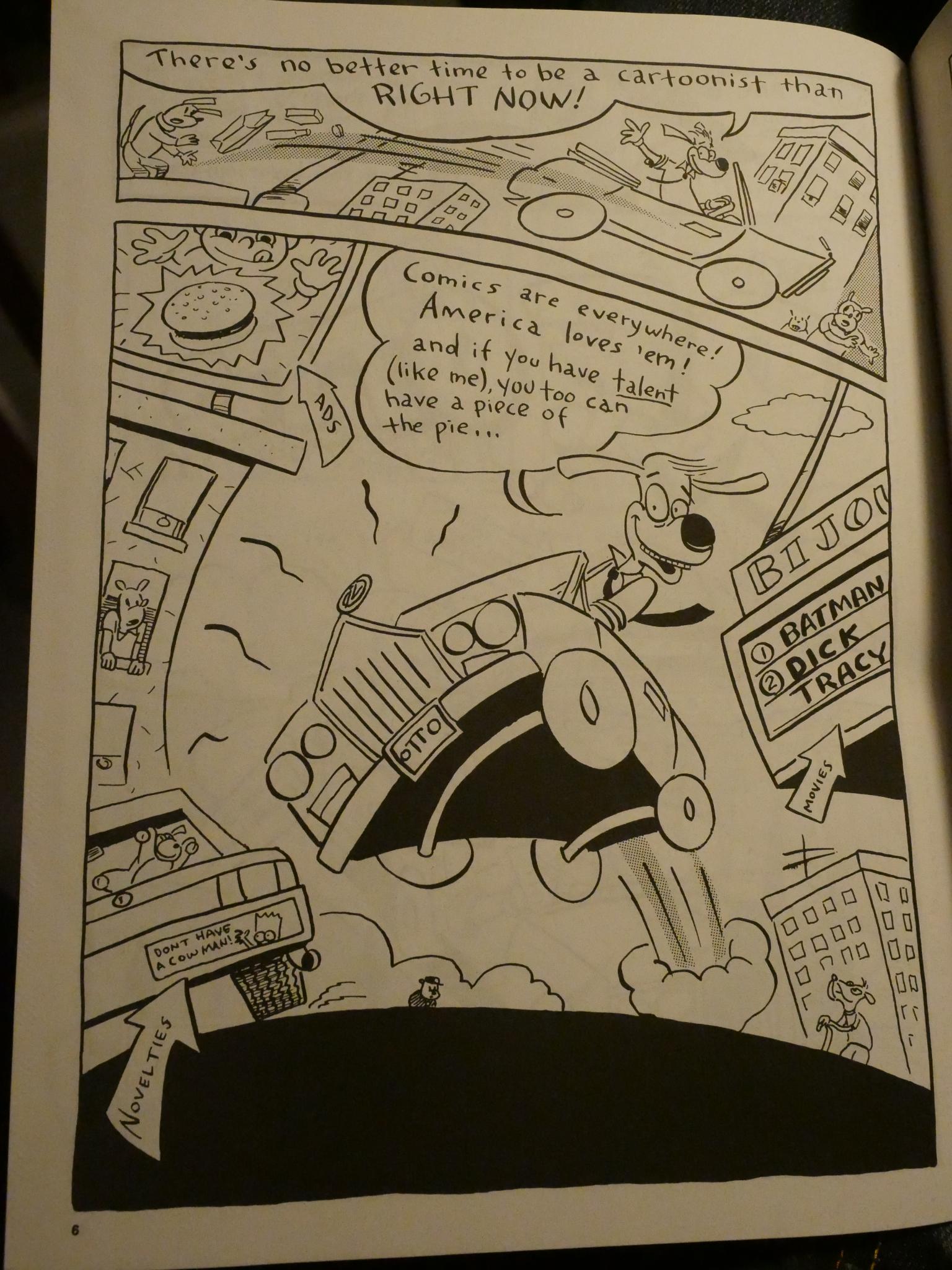 Check-Up seem to be going for a classic Fantagraphics single author anthology vibe: It’s even published in magazine size, just like Neat Stuff and Lloyd Llewellyn. 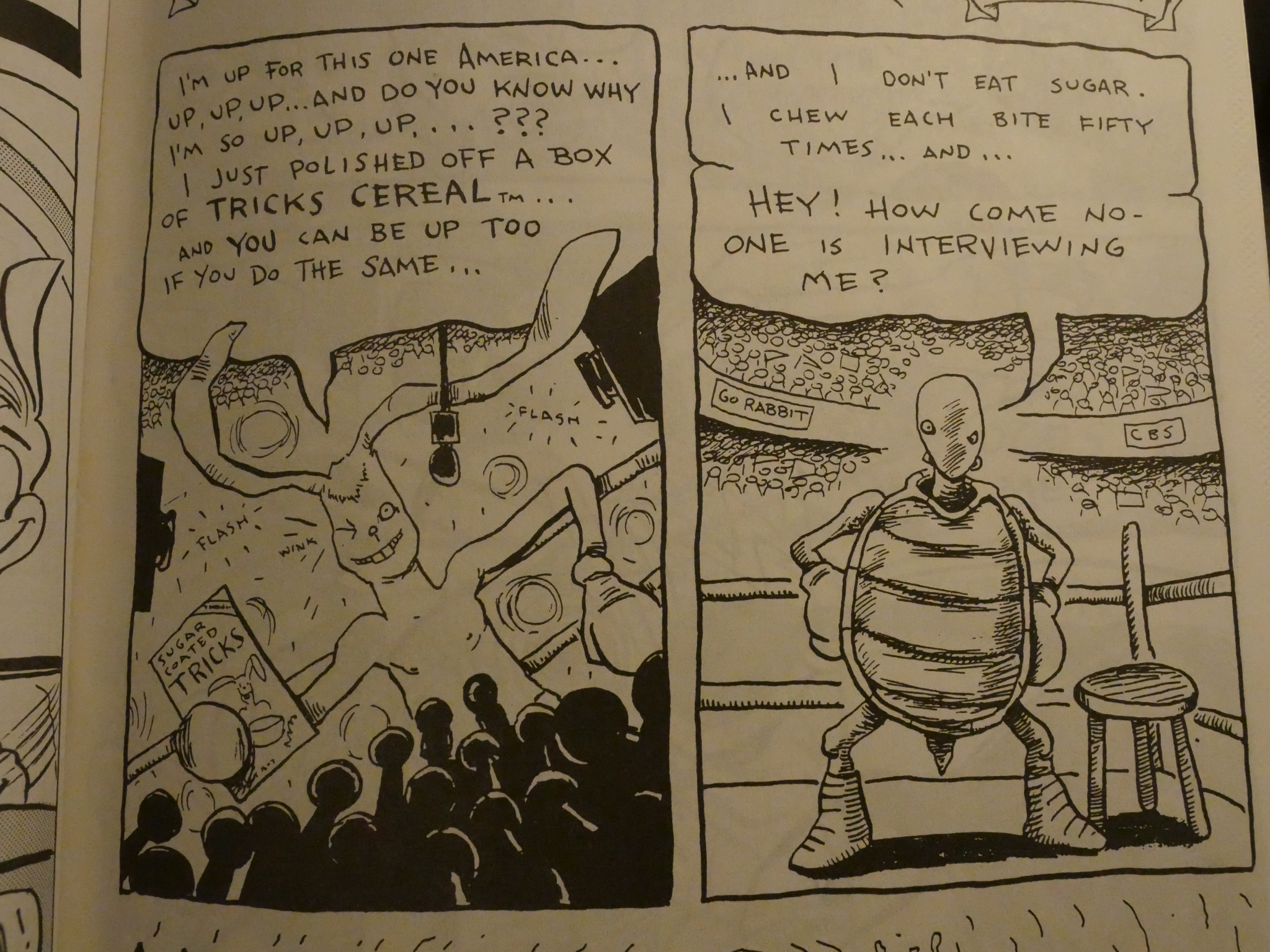 So you have a number of unconnected bits plopped into the package without much cohesion. It looks like Sturm’s interest in cereal mascots was an early obsession… 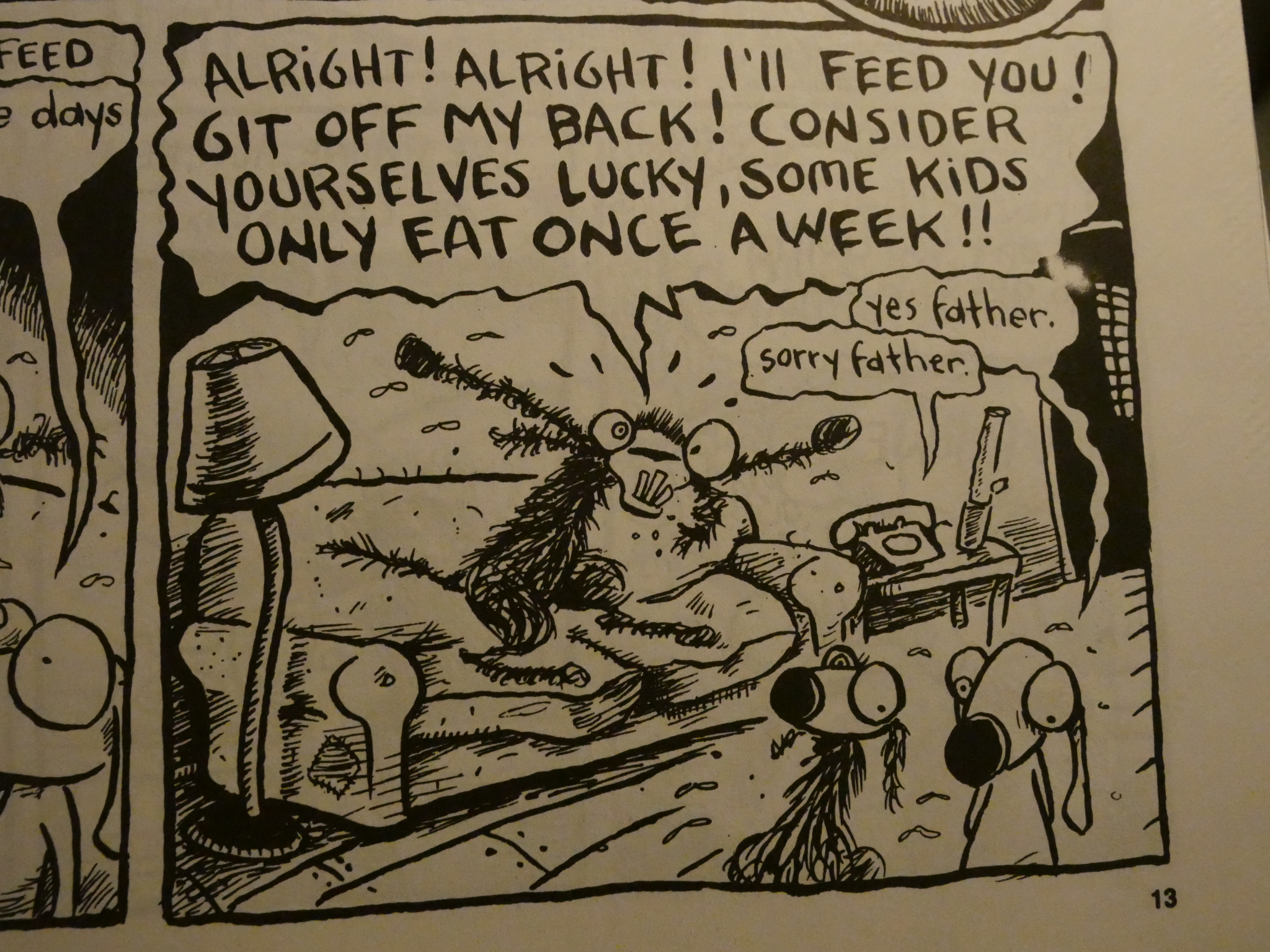 Most of all, it’s just not that funny. I mean, I look at that panel, and the father (on the couch) has a pleasingly deranged face, but the humour seems so forced. 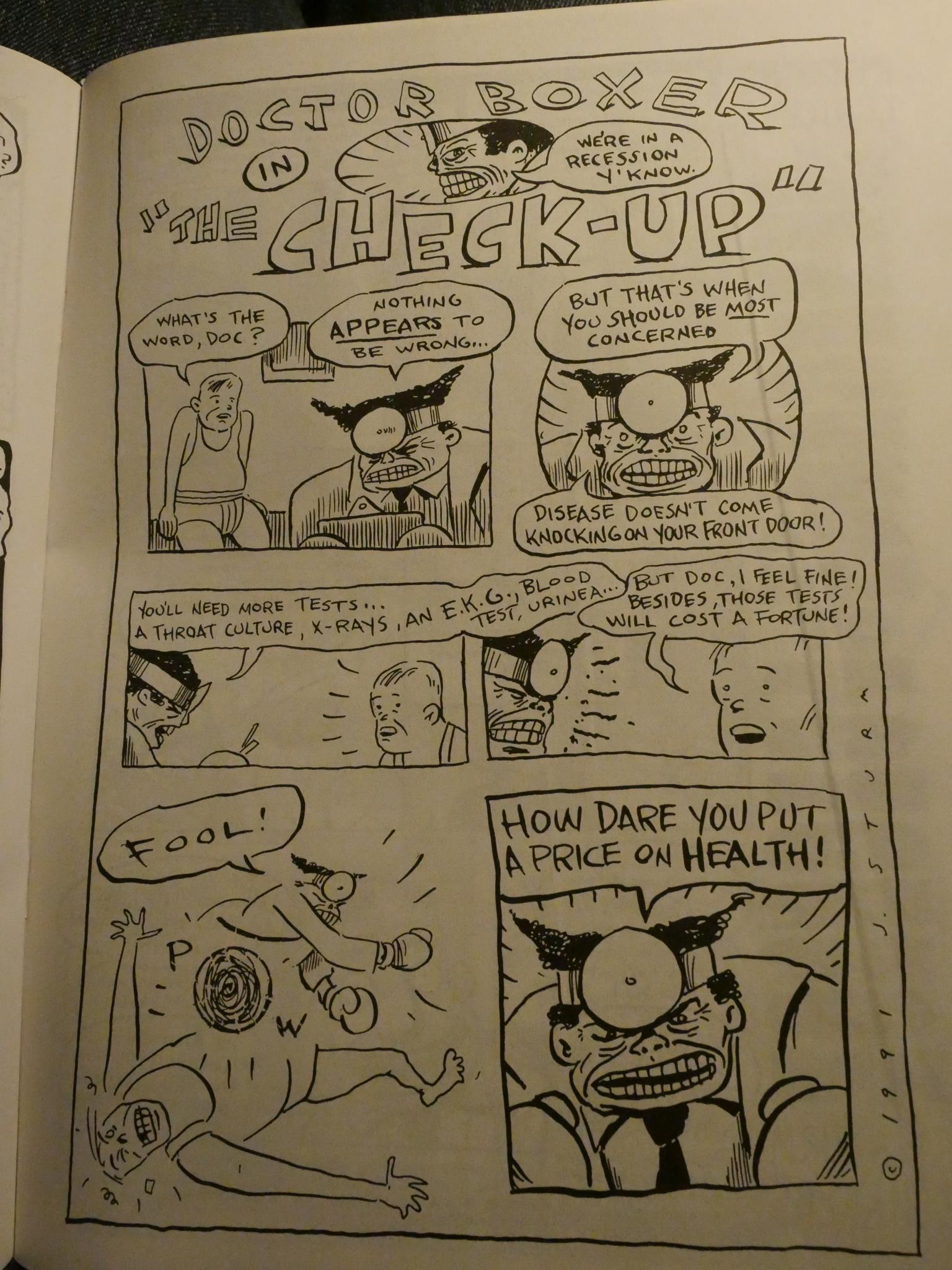 I dunno. I’m just not seeing it. That the artwork is so basic doesn’t help. That’s a pretty weak parody of a fight scene. 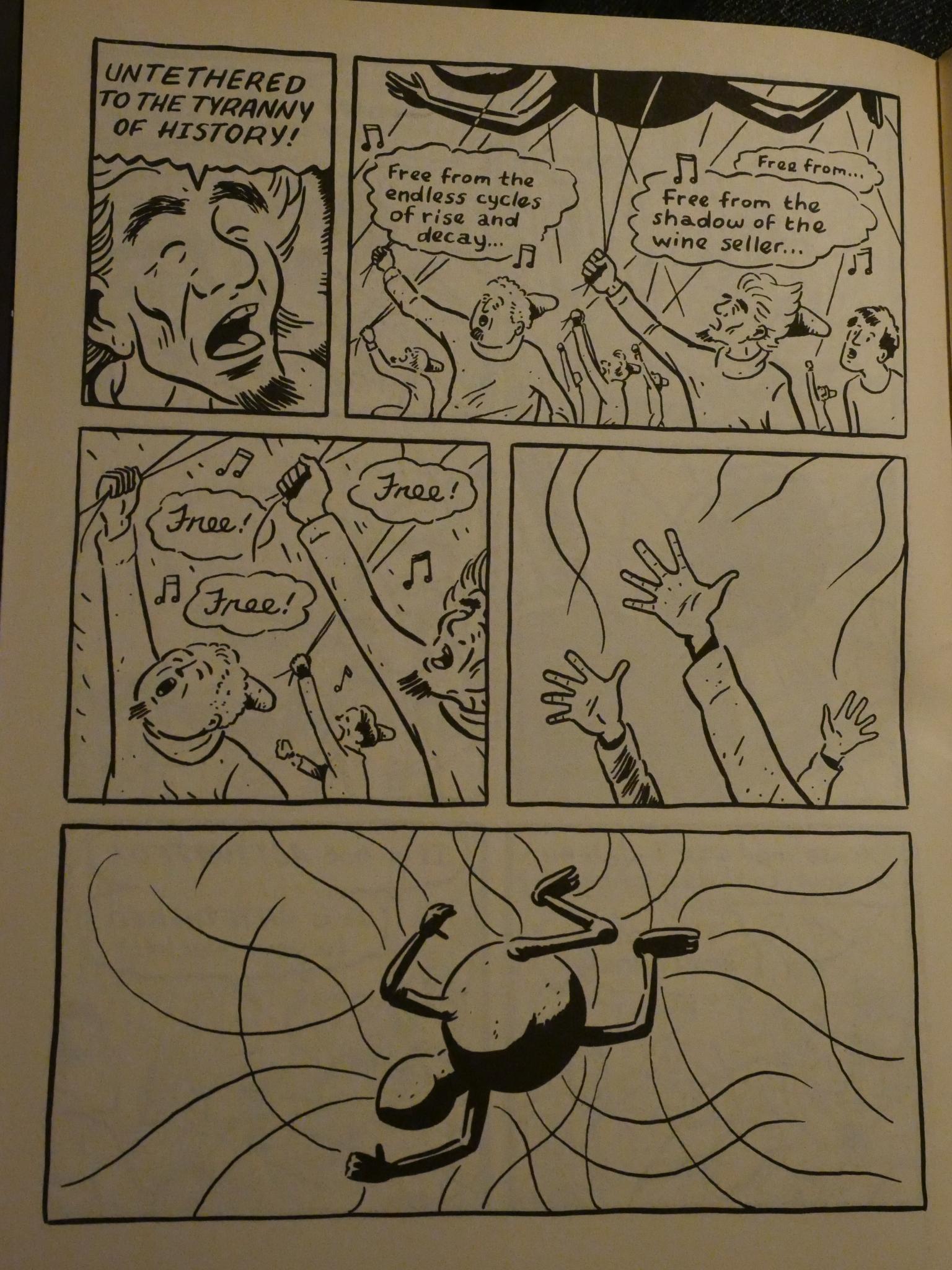 Sight Unseen was published in 1997, and is a collection of strips originally published in The Stranger. The Fantagraphics edition is slightly smaller than a standard American comic book.

I think what Sturm is going for is dream logic… 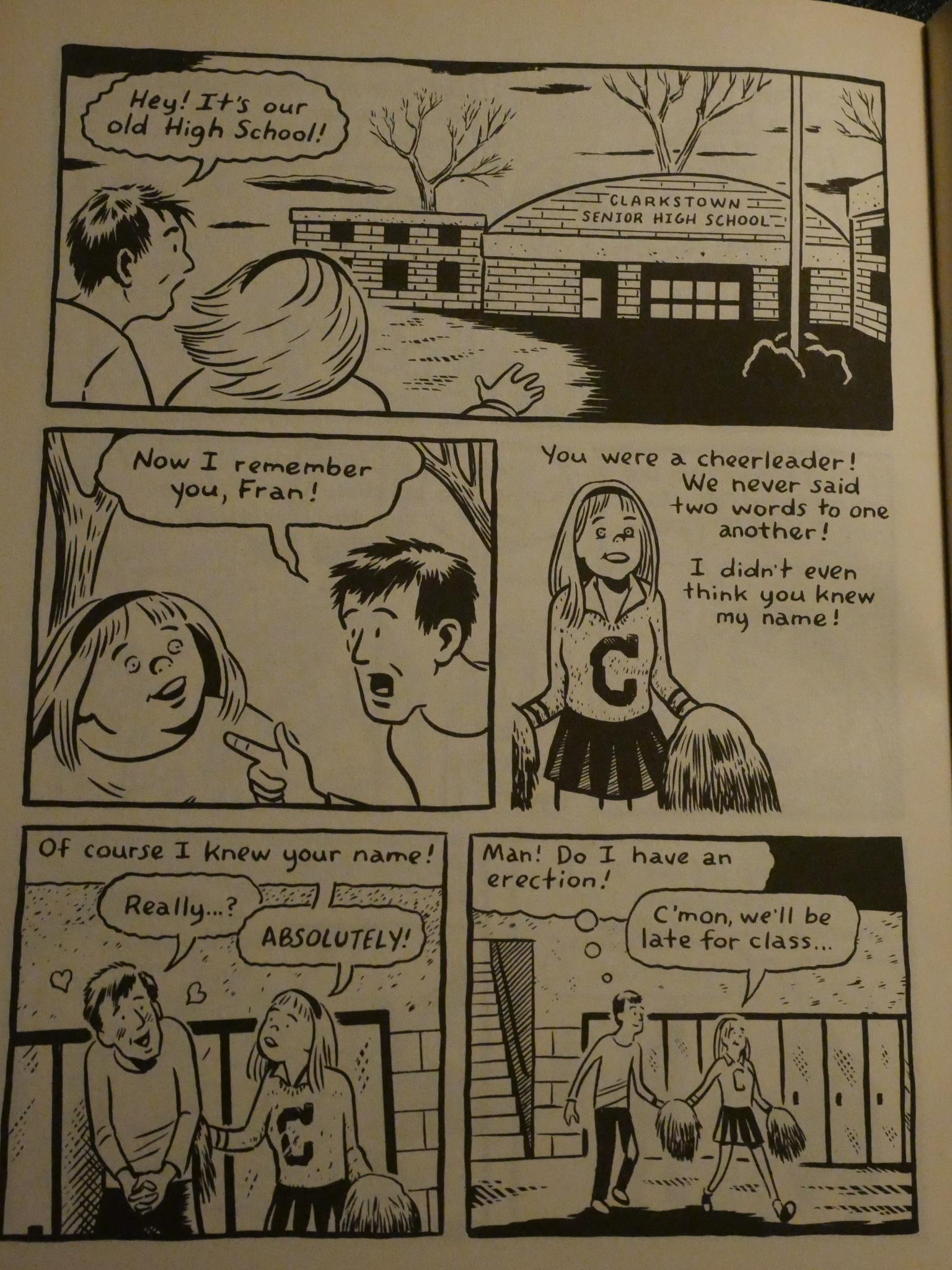 … what with the visit to his high school and all. But it’s not really convincing as a dream. It has too much logic and the plot, as it is, has a conclusion, if not entirely satisfactory.