The Cereal Killings #1-8 by James Sturm. 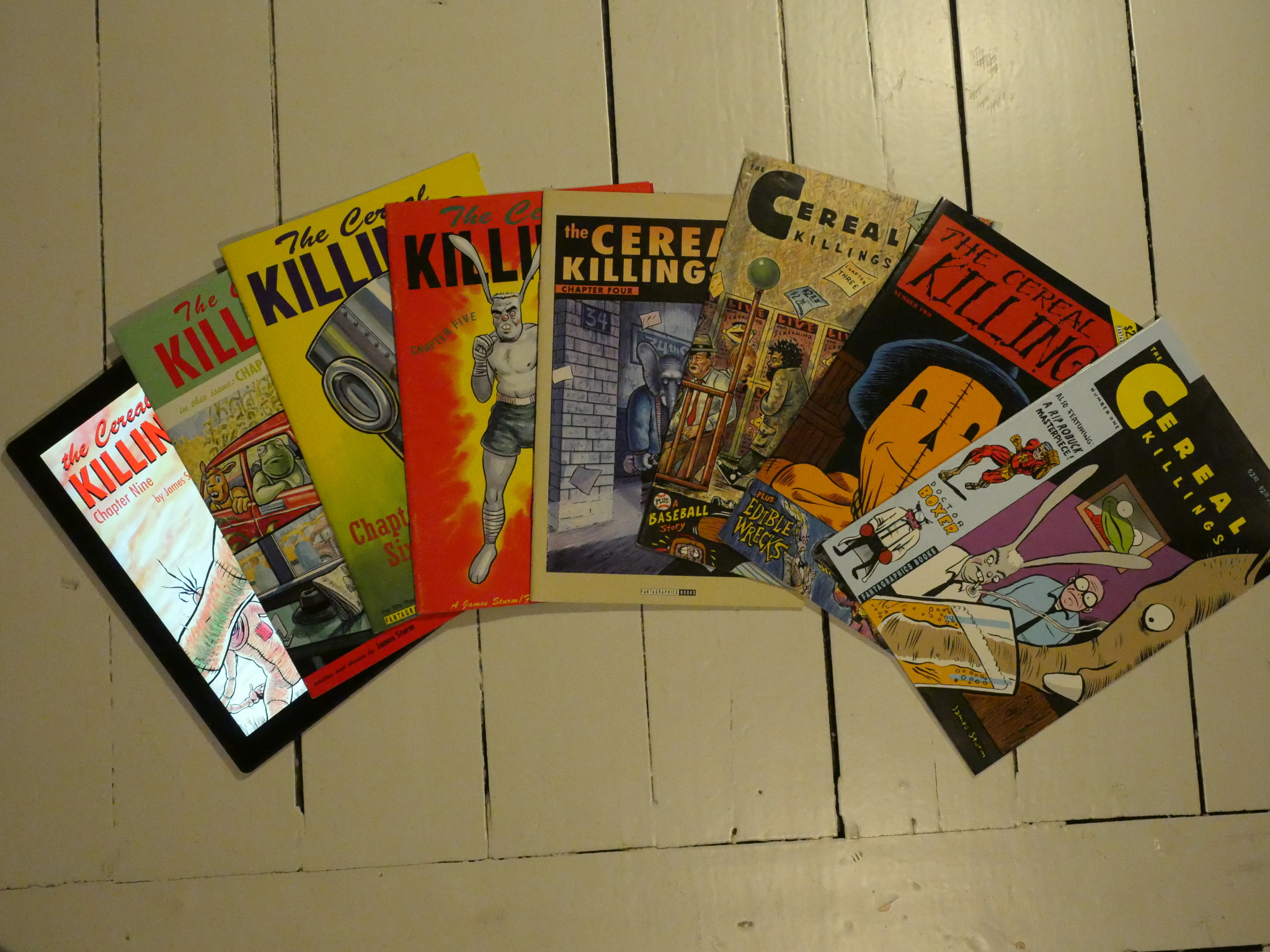 This series passed my completely by when it was released in the 90s. I’ve read most of his later stuff, like Market Day and The Golem’s Mighty Swing, which are both very earnest, so I was curious what a book with such a punny name would read like… 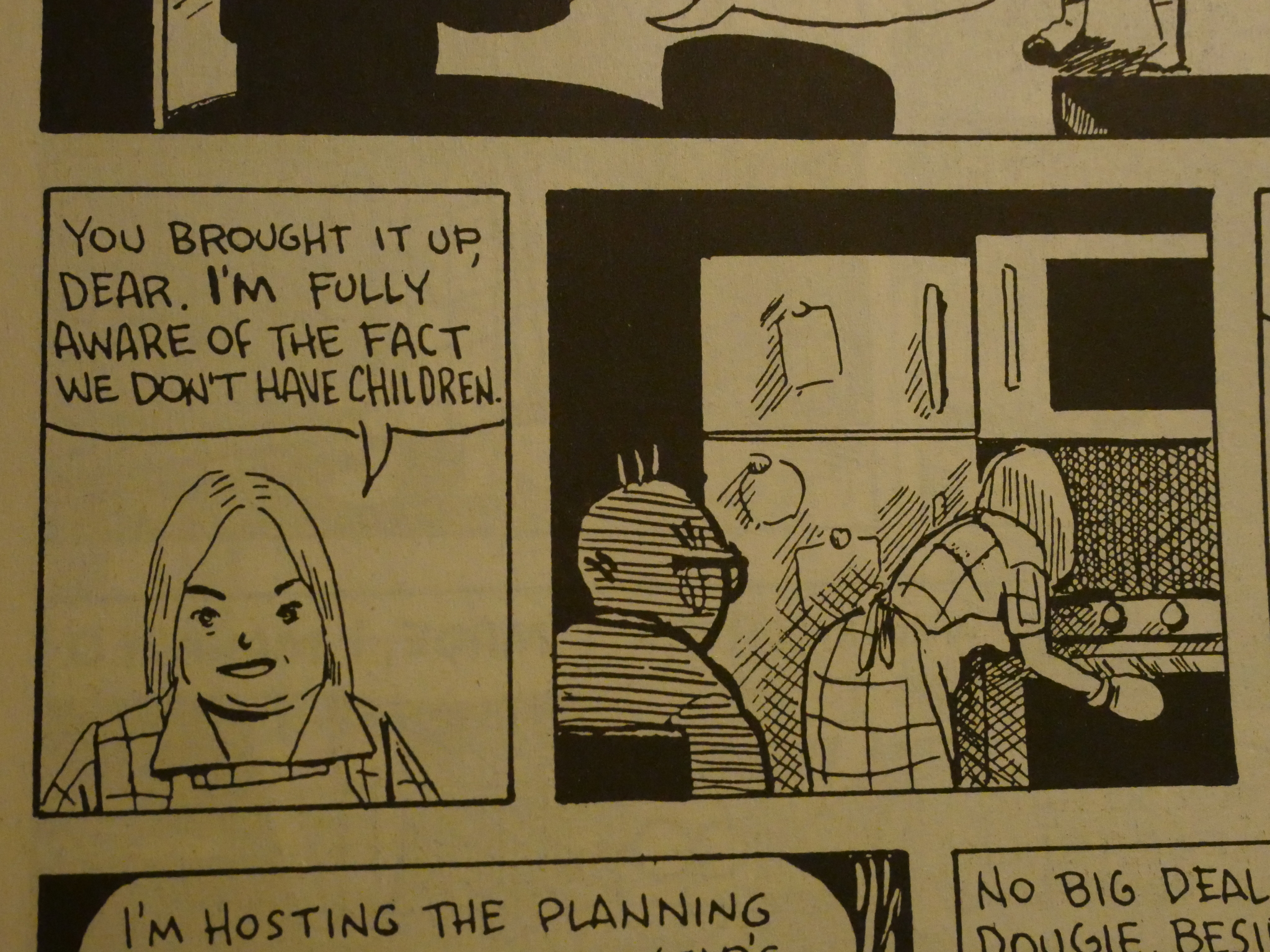 Well, the artworks is rather basic in the first issues, but it becomes richer as the series progressed. (The eight issues were published over four years.) 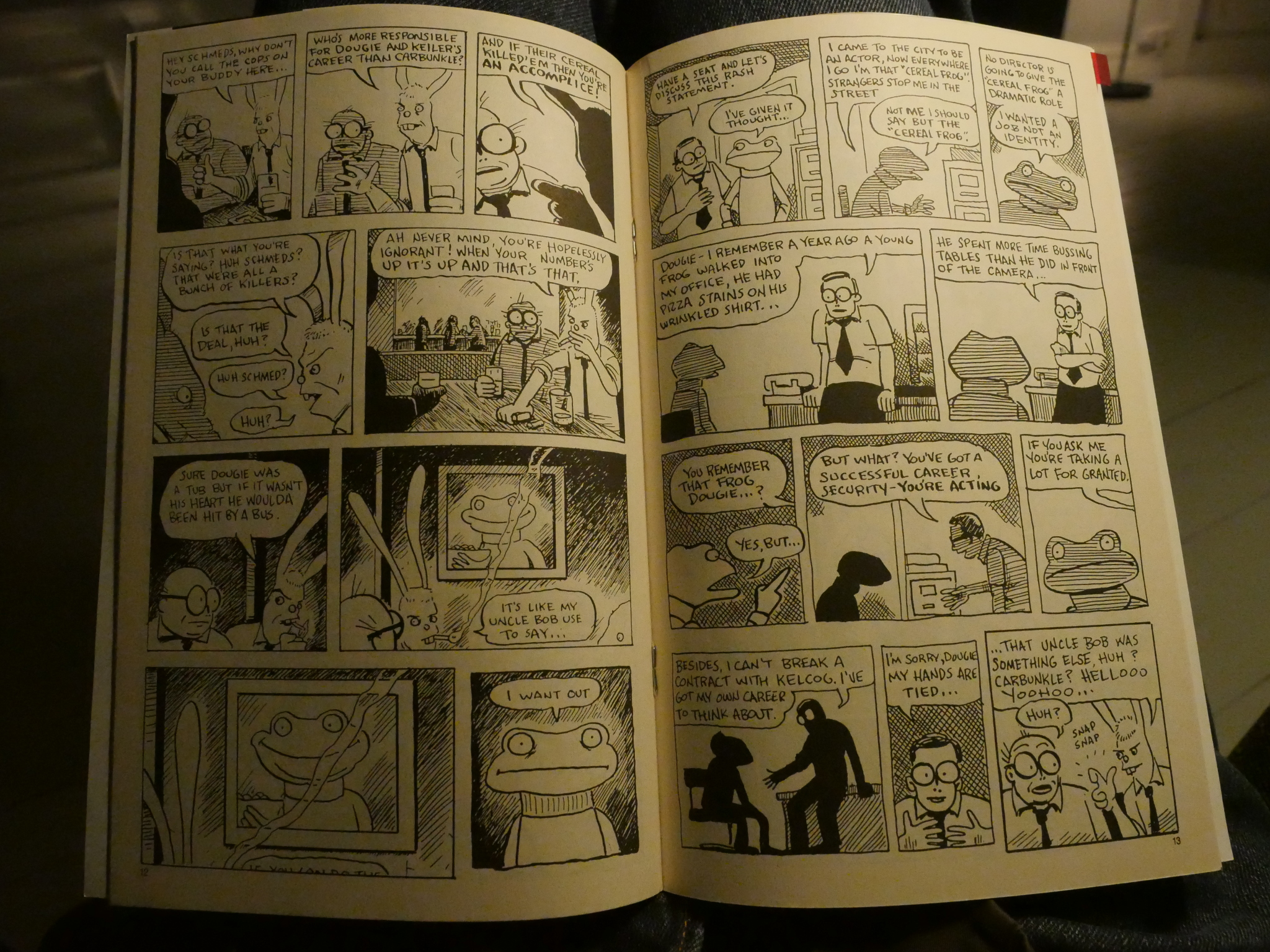 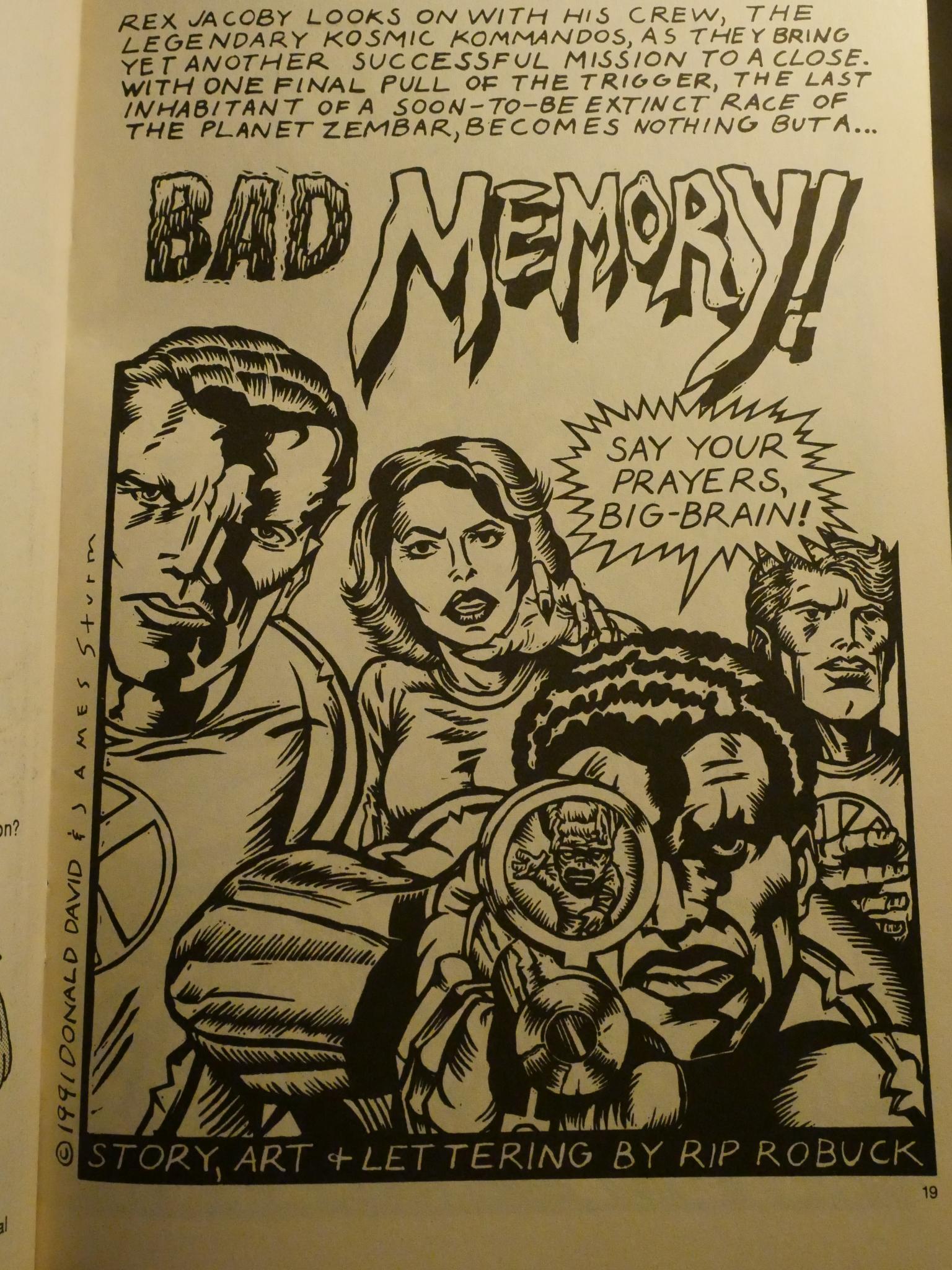 The first couple of issues have back-up features, like this very Jack Kirbyish nonsense above. 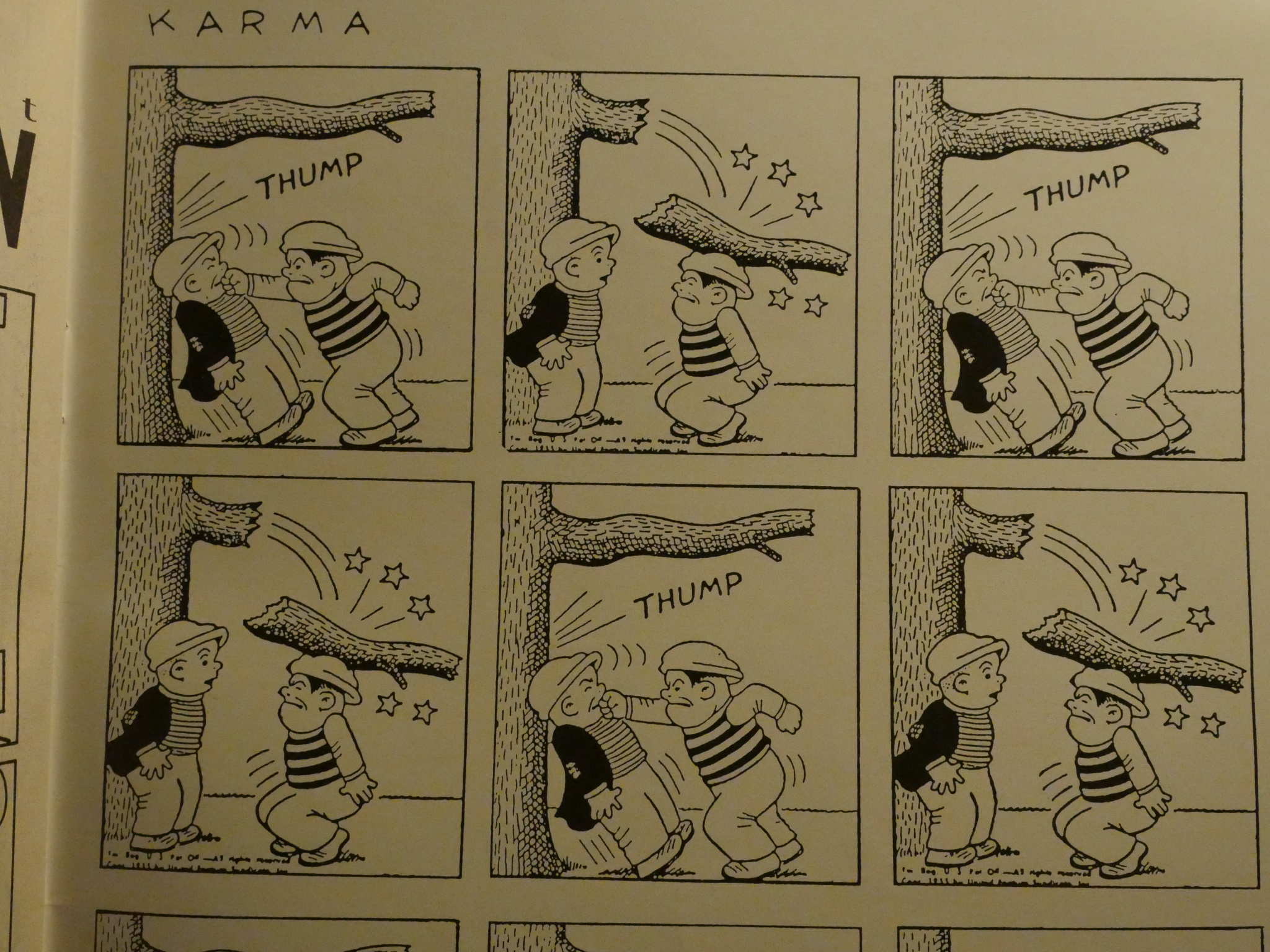 You can tell that Sturm is destined to go off into education: He does a Nancy (well, Sluggo) pastiche. I think it’s a formal requirement for all faculty. 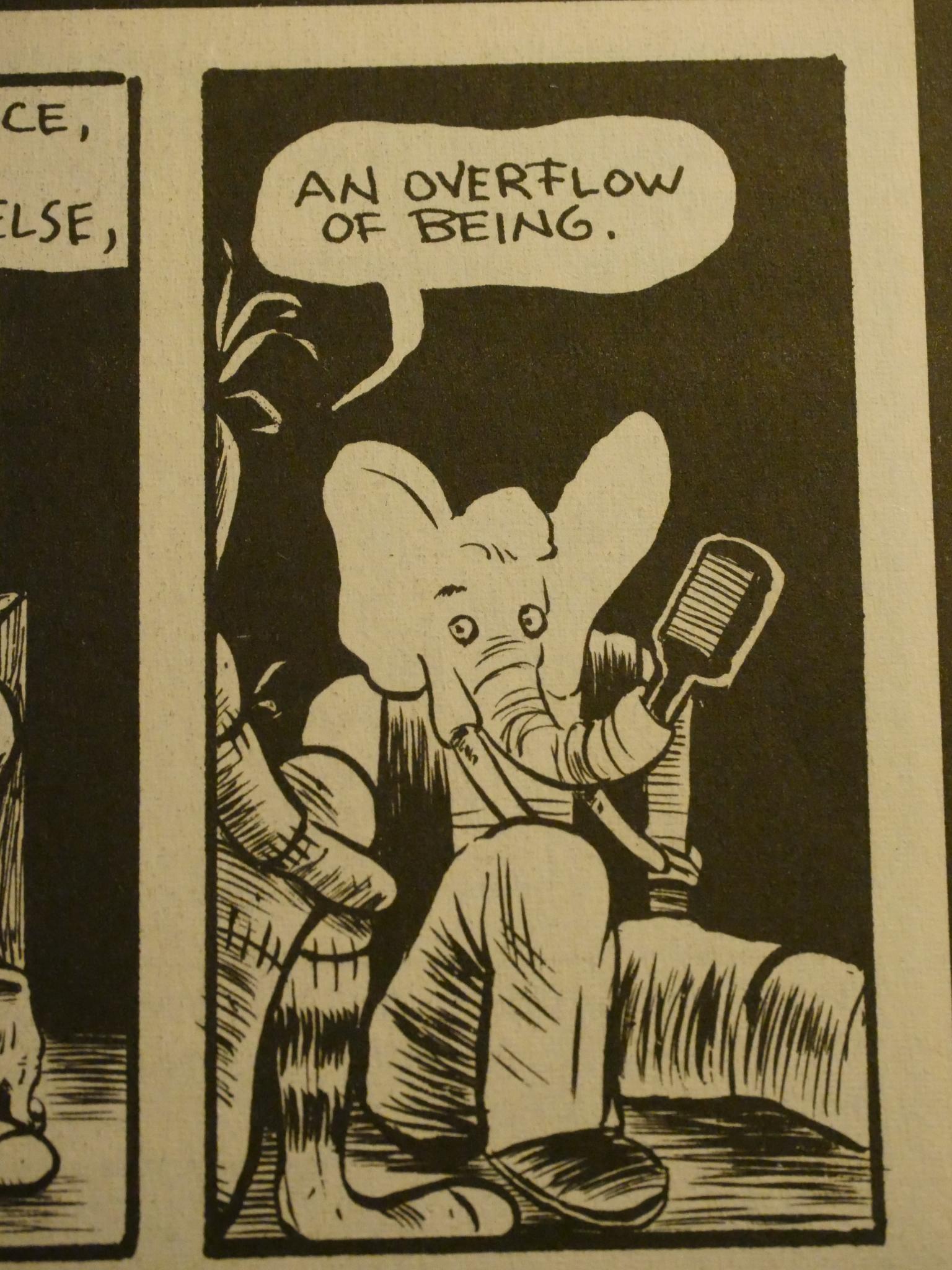 Er, no, elephants don’t drink through their noses.

Anyway, I haven’t really mentioned the concept behind the series: It’s about mascots for Kelcogg’s cereals. You know. That tiger and that rabbit and all the rest. The mascots are dying, or being killed off. And something odd happened at the Kelcogg’s warehouse in the 50s, but what? Are these things connected?

So it’s a mystery. 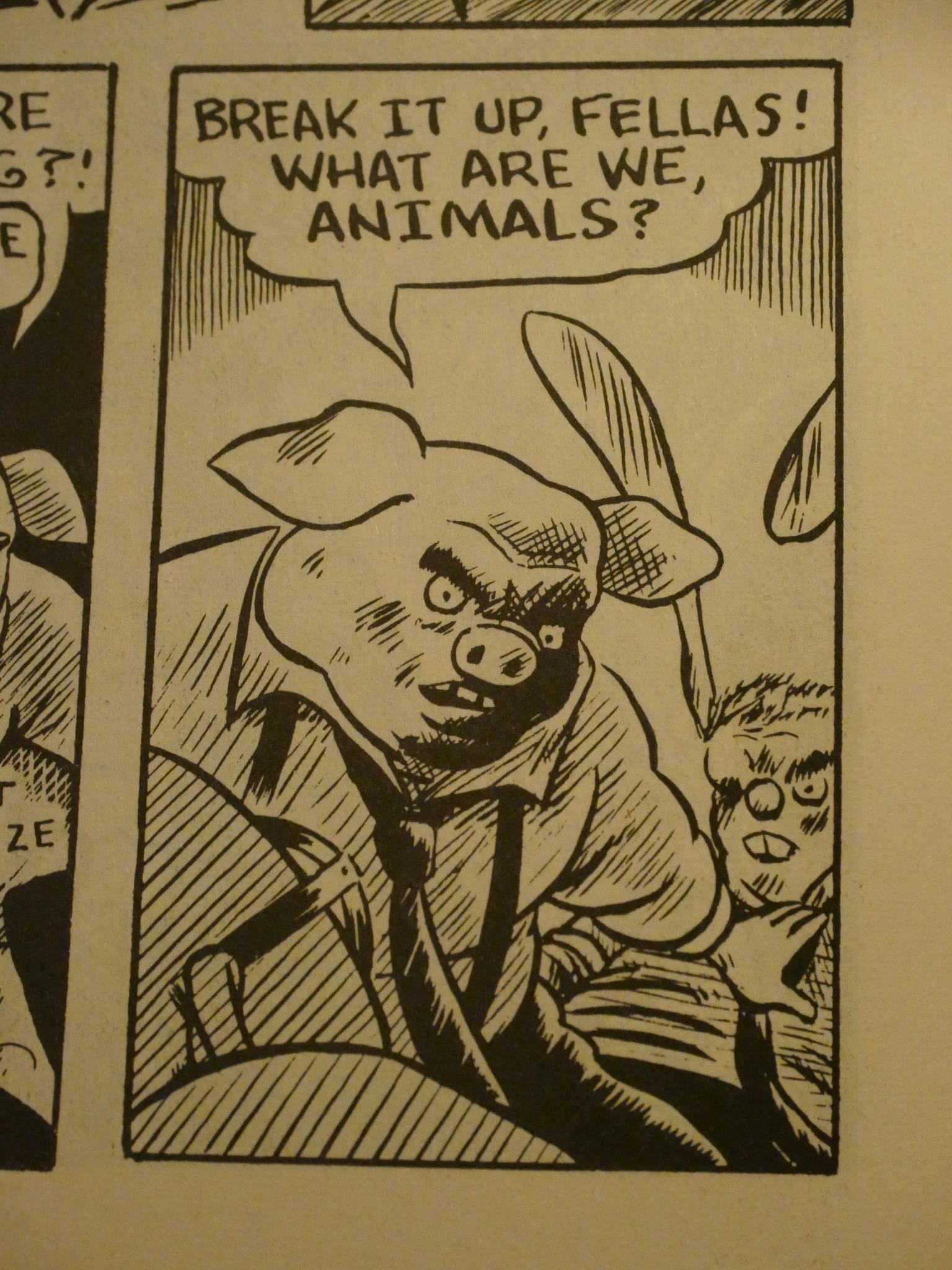 Only the mascots are anthropomorphic. All the other characters are human, but nobody seems to comment on this much. And, all in all, them being funny animals doesn’t really play that much part if the mystery part of the plot. 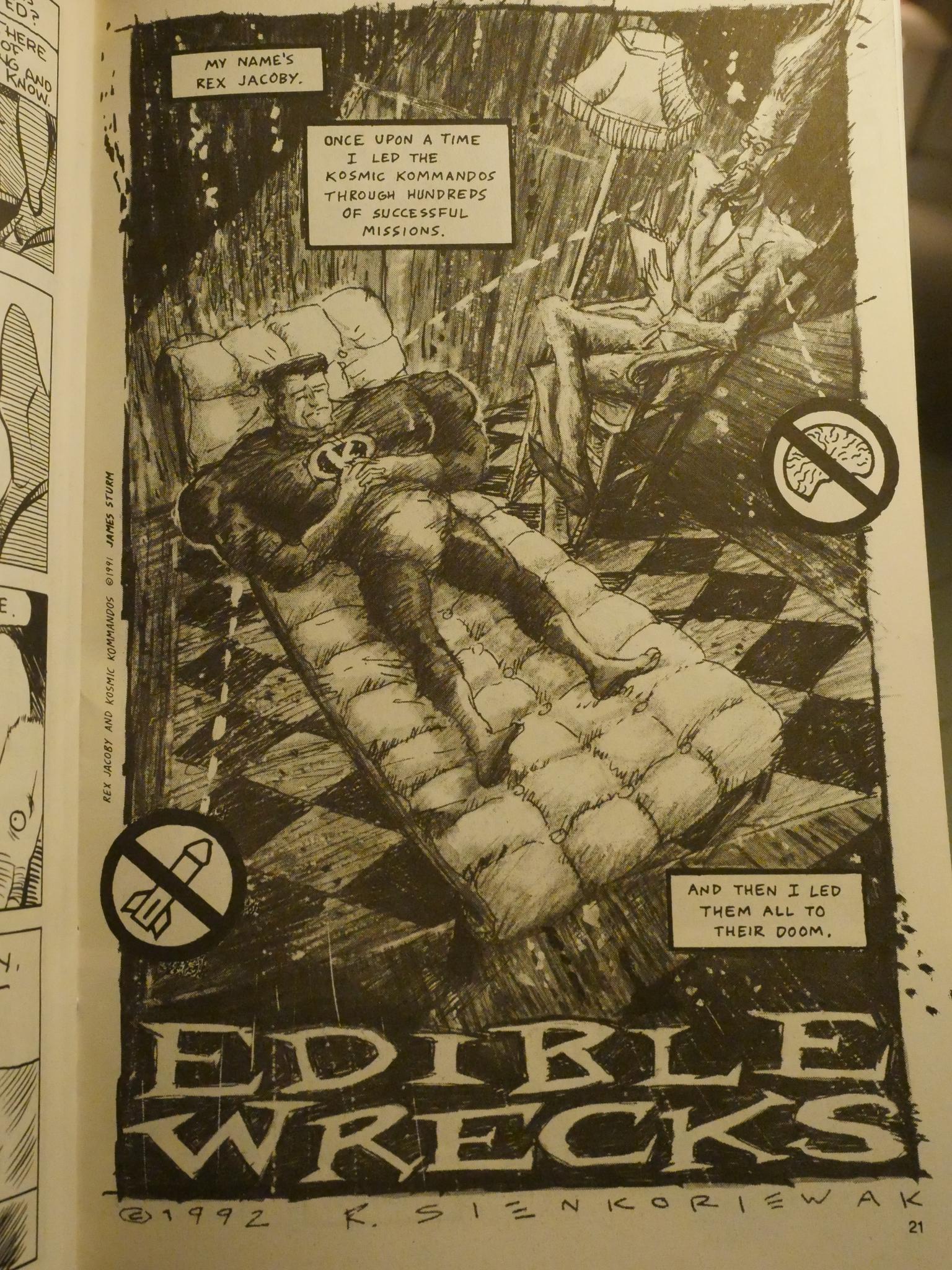 More back-up goofing off. “R. Sienkoriewak”? Is that a mash-up of Bill Sienkiewicz and R. Sikoryak? 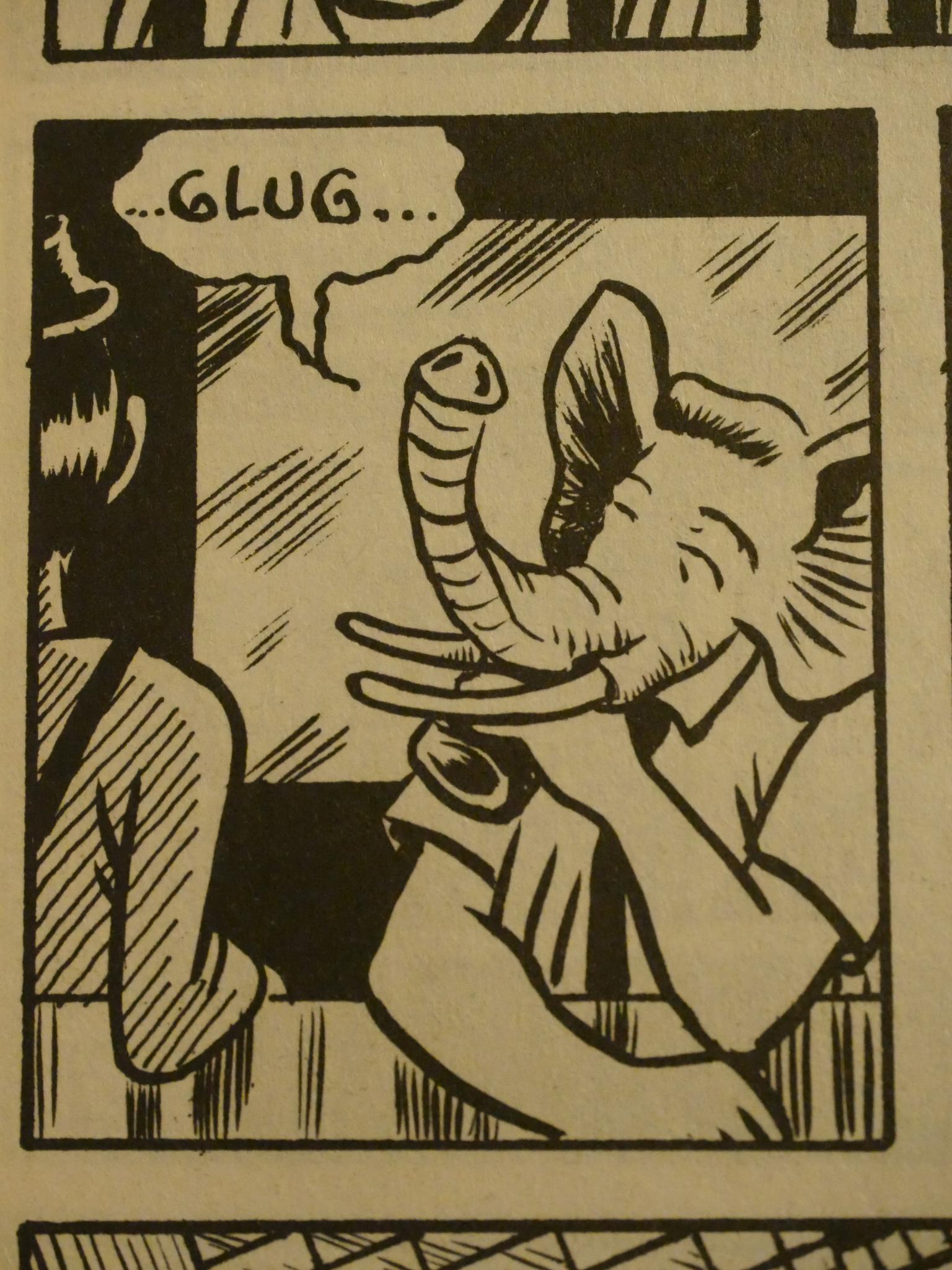 Anyway, I’ve been looking for the final issue for months, but it seems to have vanished from the face of the Earth. Each of the first six issues say “chapter “, but the seventh said “chapter seven & chapter eight”, so perhaps when the eight issue was published, everybody assumed they’d already read it? Googling, I can find several sites that list the eight issue as “issue nine”, so it’s all so so confusing.

Finally I gave up and relied on the kindness of strangers on the Internet and got a digital copy. And Sturm manages to tie up a few of the various plot strands quite nicely, although I don’t think… like… Well, NO SPOILERS.

I don’t think this has been issued in a collected edition, and at this point I’d guess that that’s not very likely to happen.

One thought on “FF1992: The Cereal Killings”