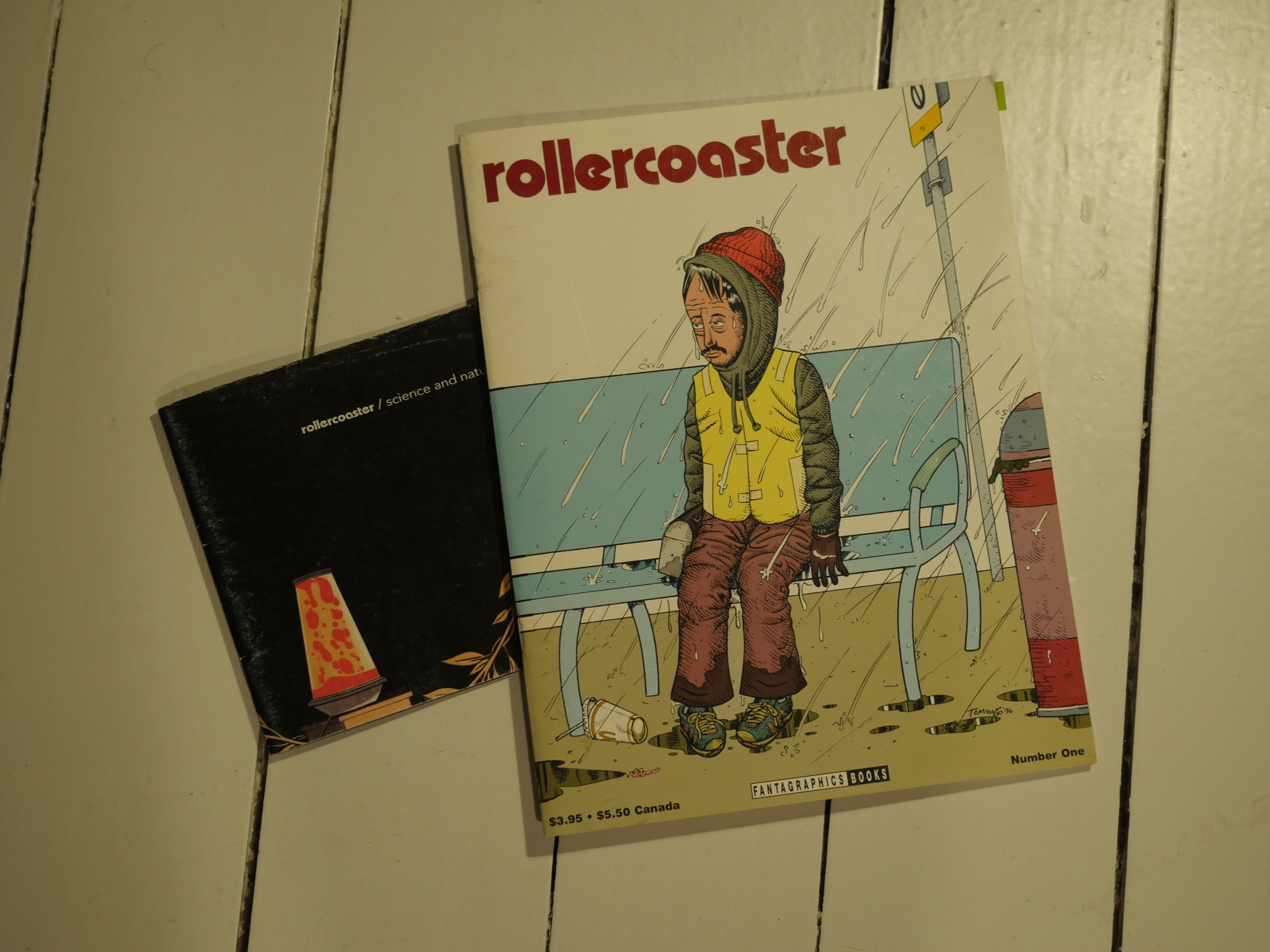 Tomasso had previously published the Clover Honey graphic novel at Fantagraphics (and the Cannibal Romance series at Eros), but Rollercoaster seems like an attempt at creating one of those single author anthologies that Fantagraphics published so many of. 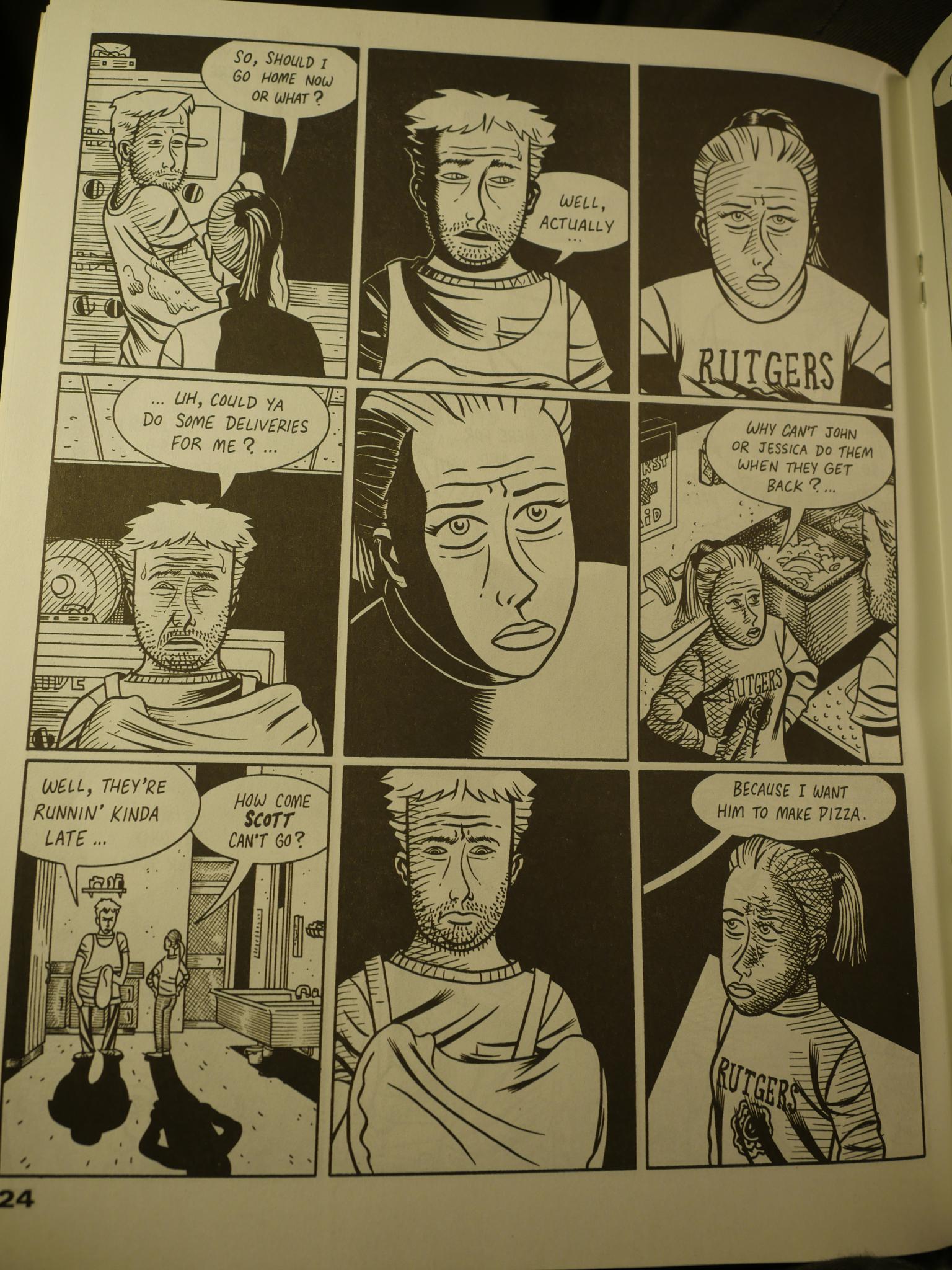 The major story in the first issue is about a girl who hasn’t slept in four days, and is delivering pizza on her year off from school. Tomasso really captures that sense of being overly tired, where you’re slightly out of it, and very irritable. The result is a tense, taut little story.

His artwork is pretty stiff, but I think it’s quite pleasing to look at. It reminds me a bit of European stylists like Joost Swarte, from certain angles… 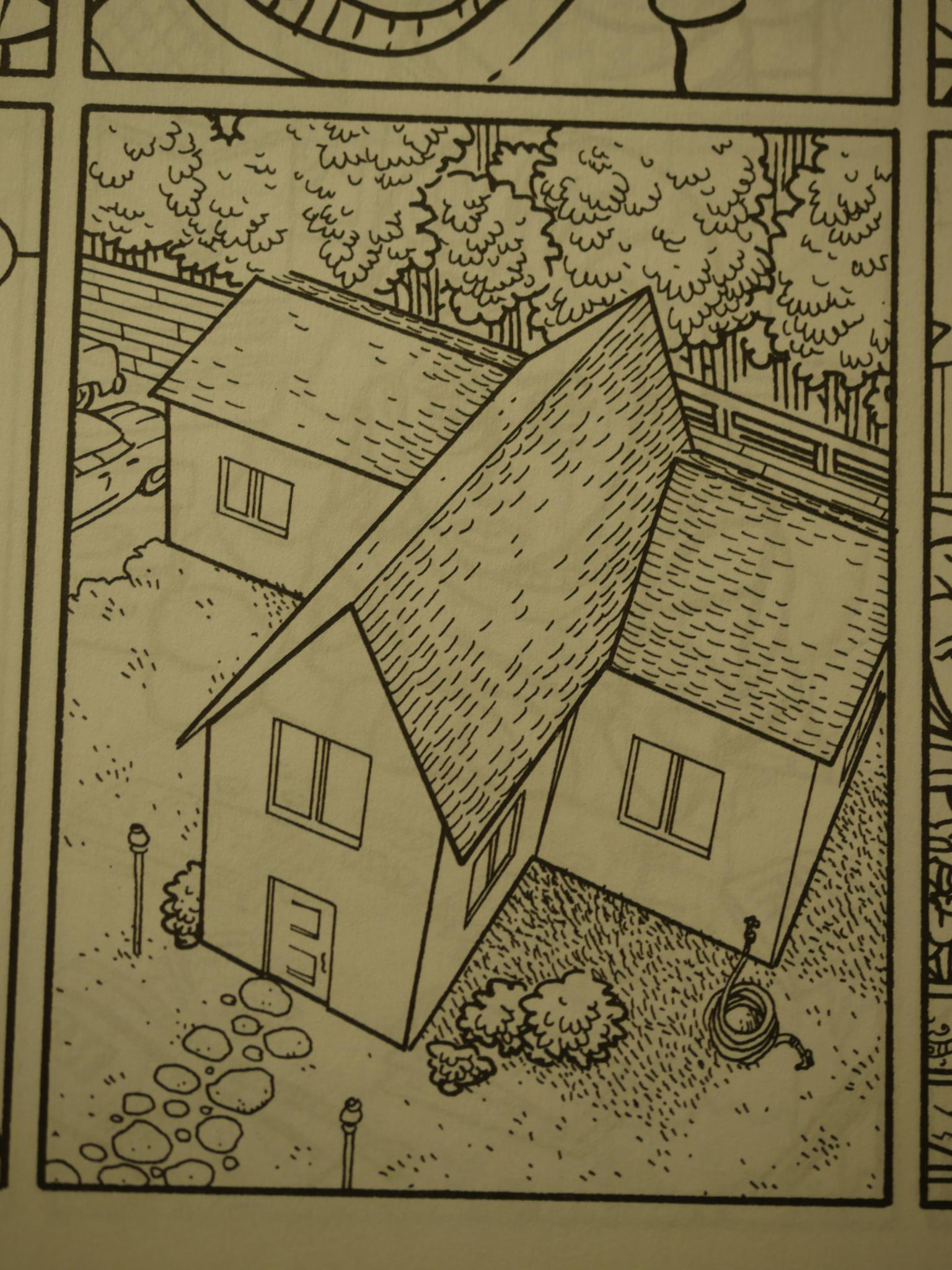 And speaking of angles, I wonder whether some of these images were computer assisted? That looks quite a bit like a 3D model. 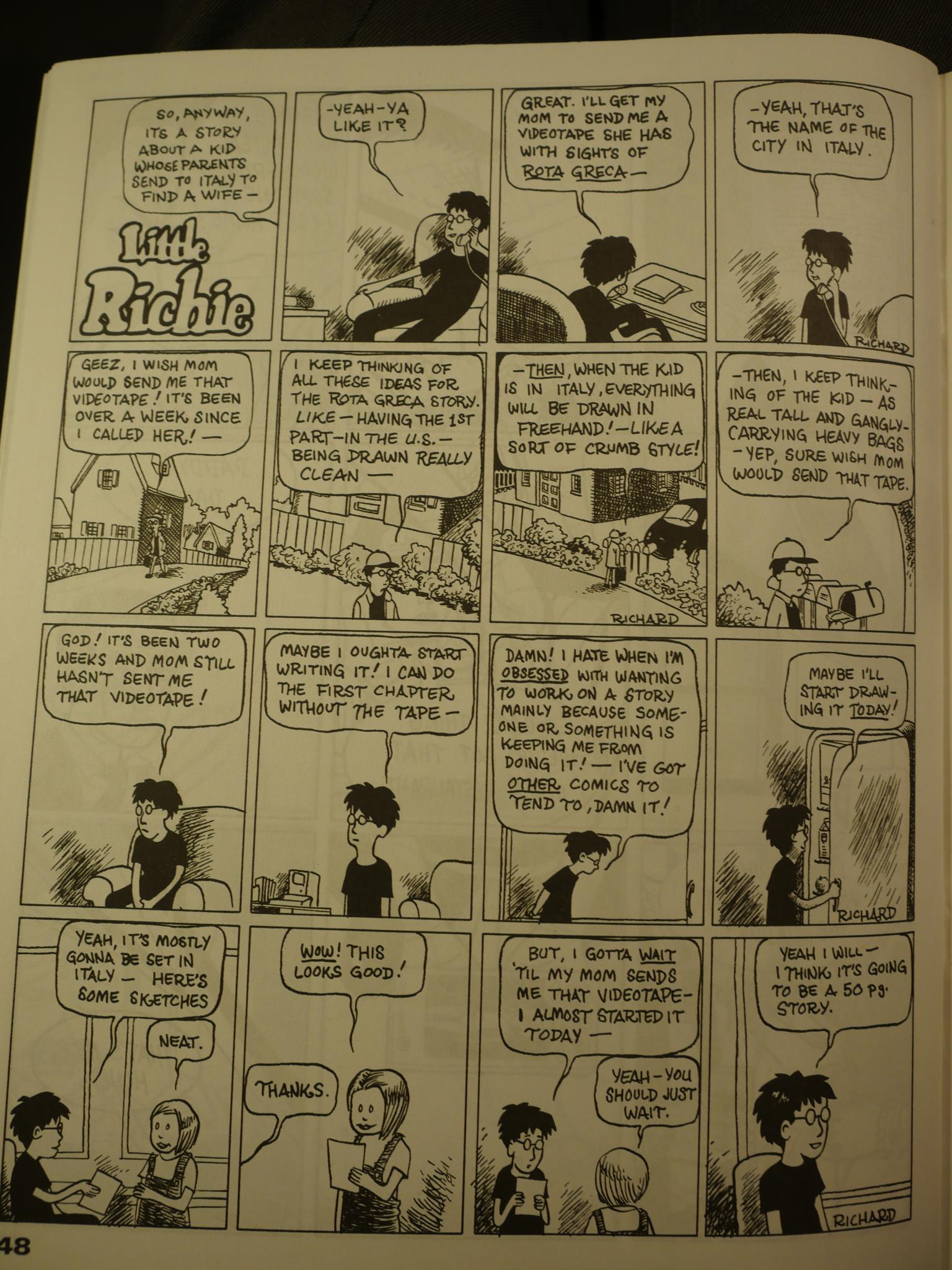 There’s a couple of backup features, too. I particularly like this one, drawn in a very different style: Harold Gray via Chester Brown. 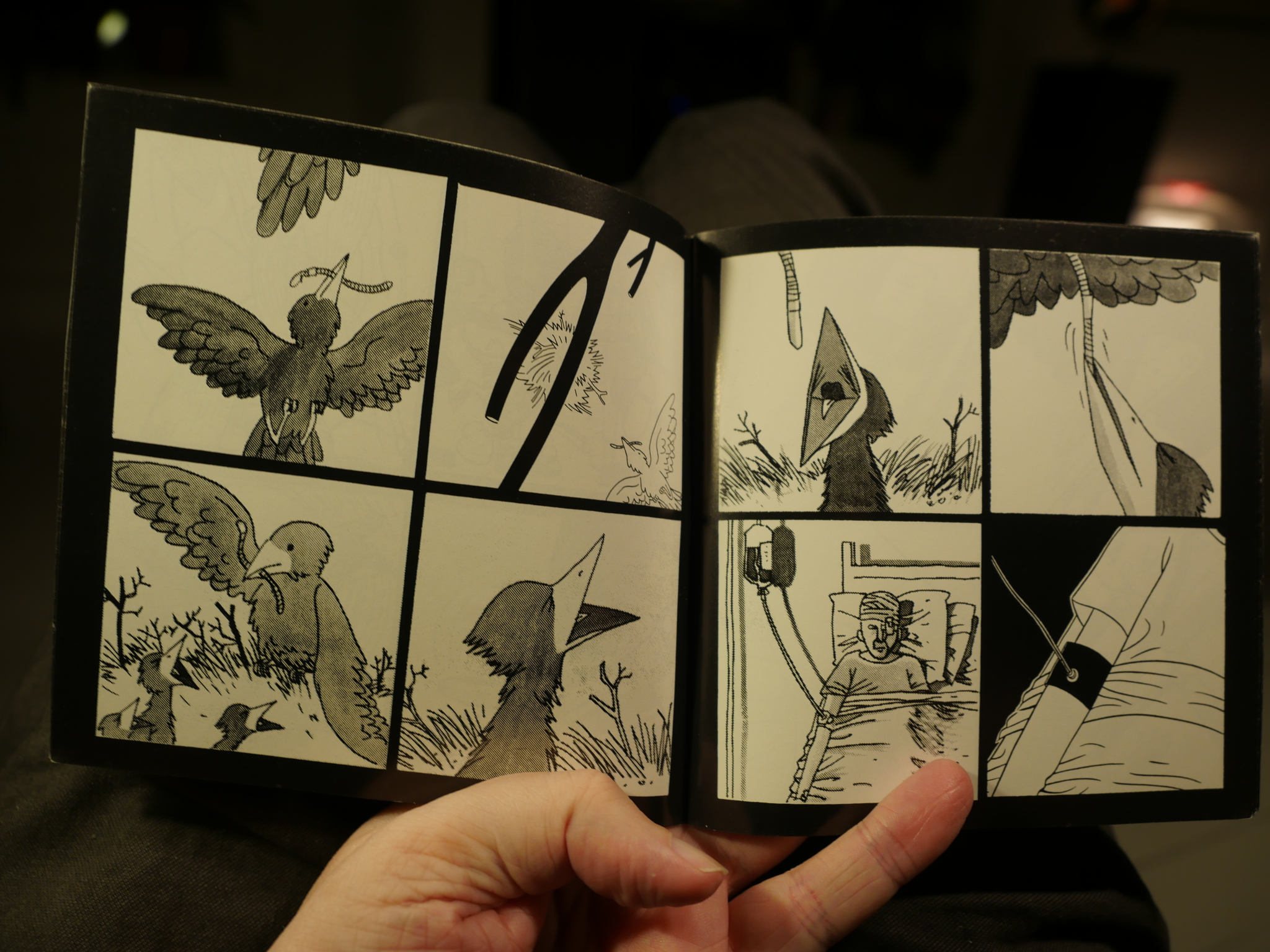 The second issue is different. Instead of a magazine, it’s a square little thing, somewhat bigger than a CD booklet.

It’s wordless, and is mostly a series of visual associations. 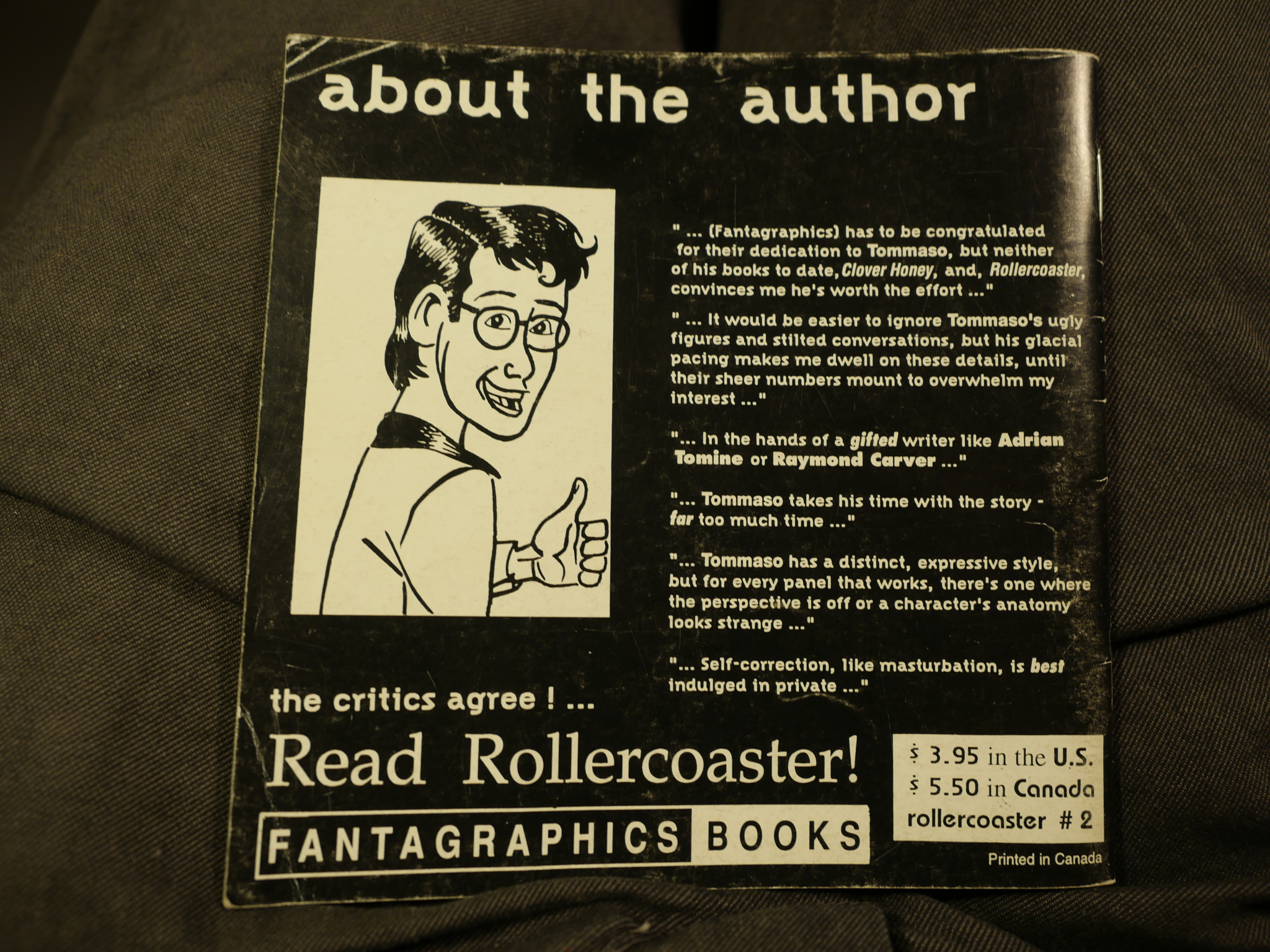 Tomasso has gone on to create a number of comics, mostly in noir adjacent genres. His current series are at Image Comics. I’m currently enjoying his She Wolf series.