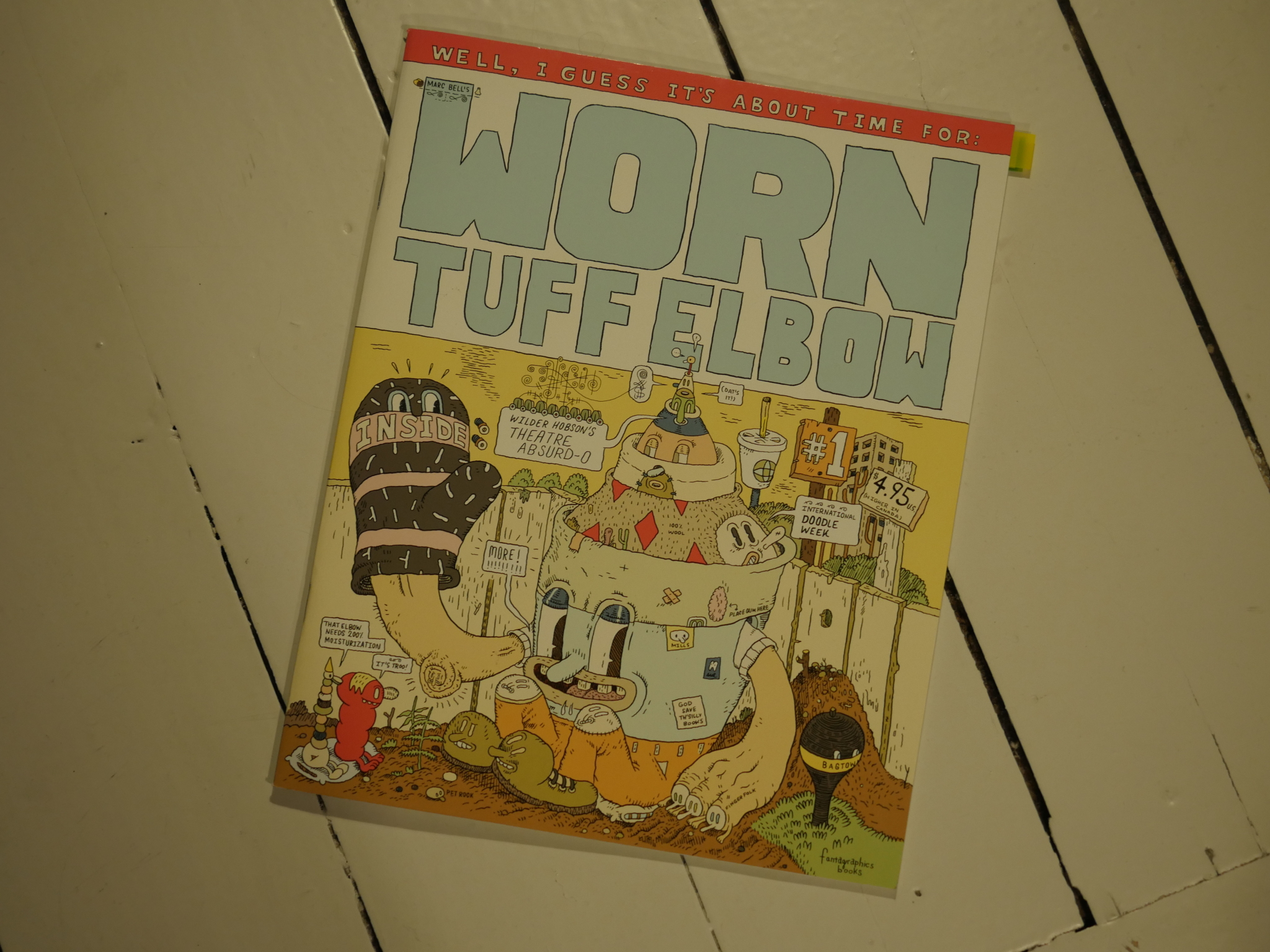 This magazine sized book was apparently planned as a series, but only one issue was published.

Since the cover says “Theatre Absurd-O”, I thought that this was going to be weirder than it is. 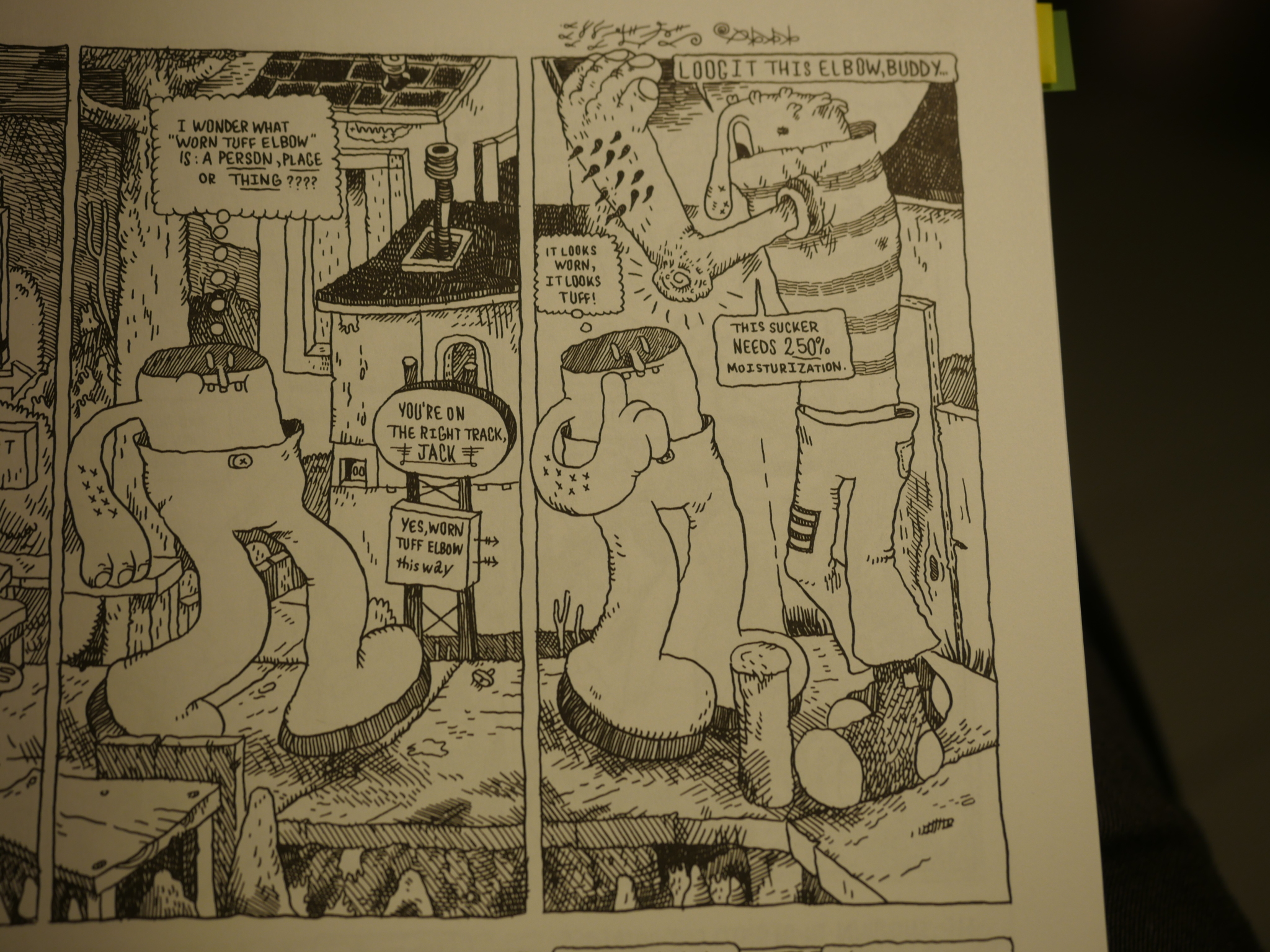 I’ve gotta get me some 250% moisturisation, too. 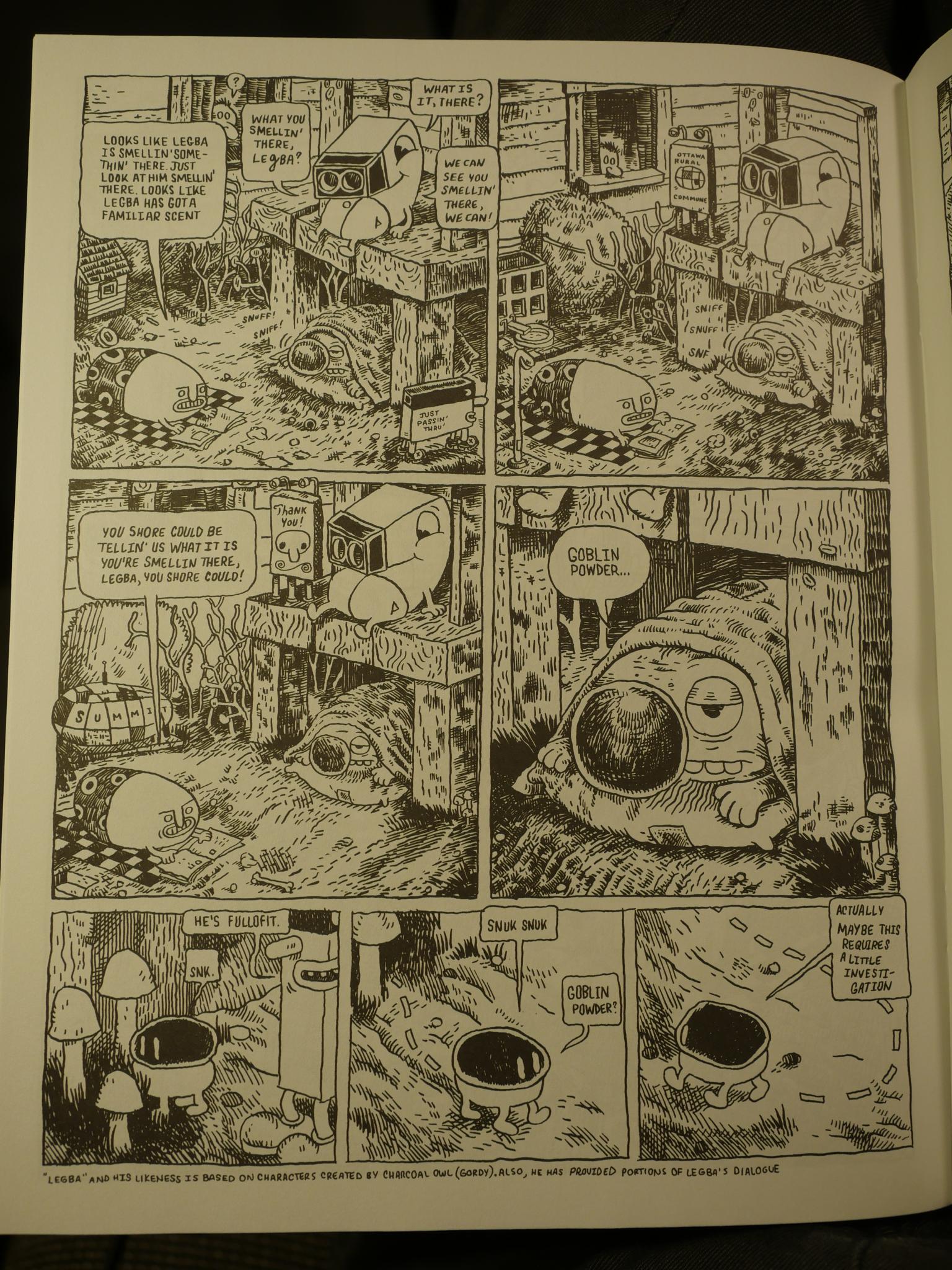 Anyway, most of the issue is a pretty straight-forward narrative. We generally have this layout, where the top four panels follow the main narrative, and then we have the smaller panel row at the bottom, which usually focuses on characters tangential to the main story. But they intersect now and then.

Having separate narratives like this isn’t anything new (it’s been done since the early nineteen hundreds), but the way they intersect is rather pleasing. 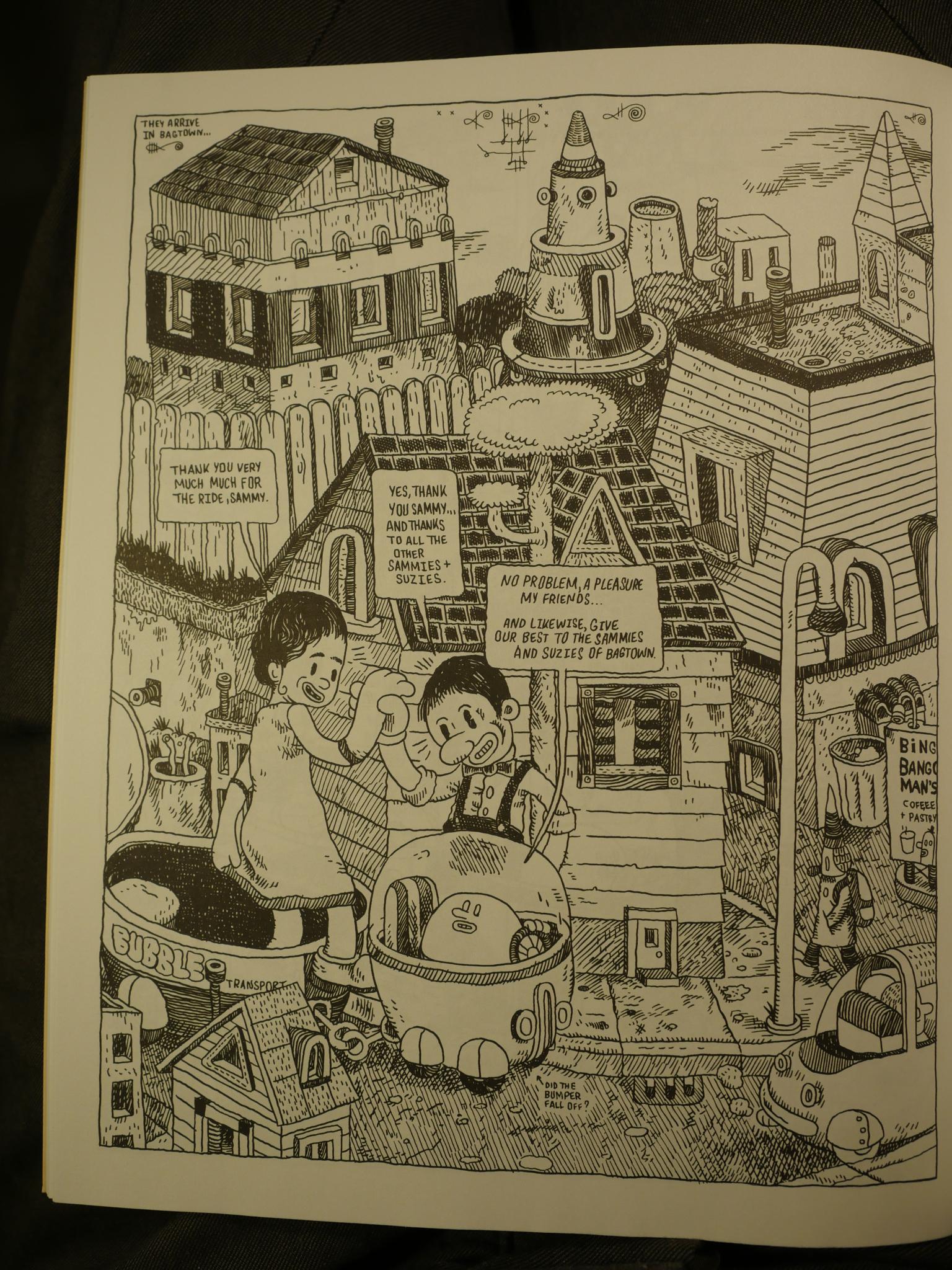 There’s the occasional panorama page, too. I have to say that I just love everything about this: The houses piled on top of each other into the distance, the different scales between the different peoples, the odd card, the note about the bumper…

The comic book ends with the end of “act one”, and I’d be really interested in finding out if there were further acts. Let’s do some research…

Drawn & Quarterly has published some collections (and one graphic novel), all of which I’ve read, and I don’t think any of them featured a continuation of the story in Worn Tuff Elbow.  Which is a shame, because it’s good.  Very good.