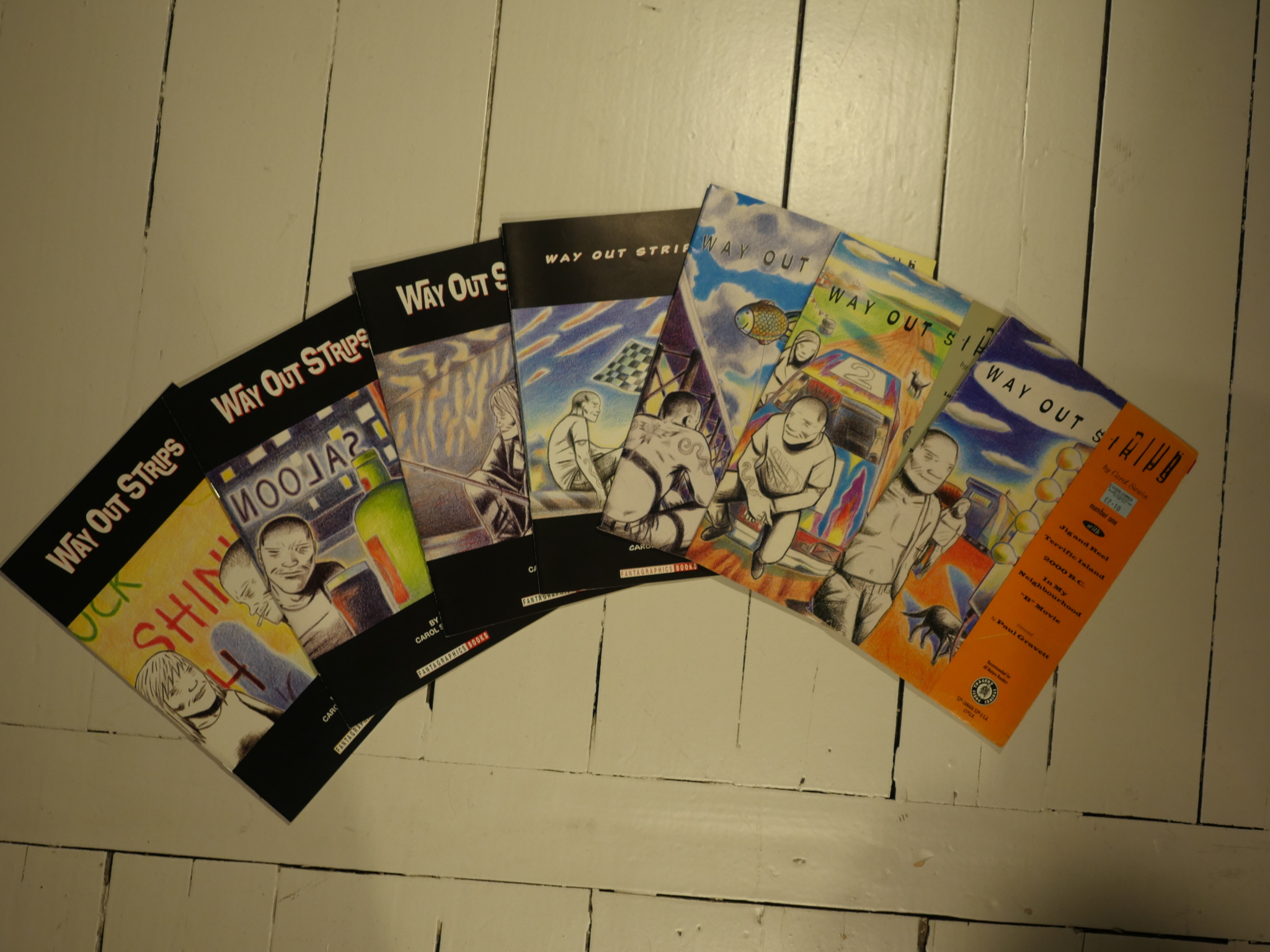 I’ve been a massive fan of Carol Swain ever since I happened onto one of her short, oblique, beautifully drawn stories in an issue of Chris Reynold’s Mauretania magazine.

After that, she self-published four issues of the first Way Out Strips series, but I’ve never been able to find any copies of those comics.

So we start here with volume 2, which was published by Tragedy Strikes Press, Michel Vrána’s first publishing empire. 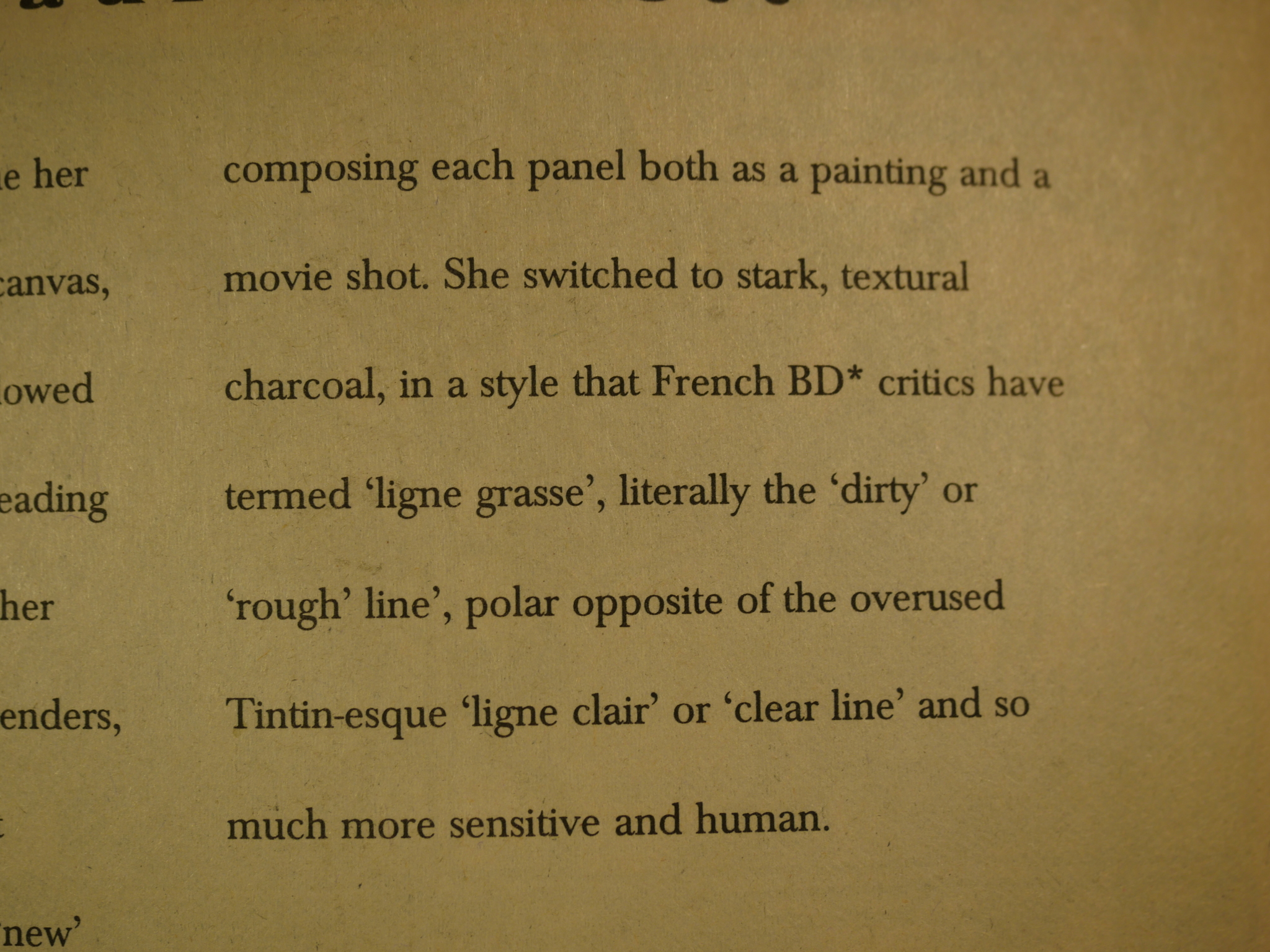 The first issue has an introduction by Paul Gravett, and he explains that Swain is a painter that started doing comics a few years earlier. I like the “ligne grasse” term. 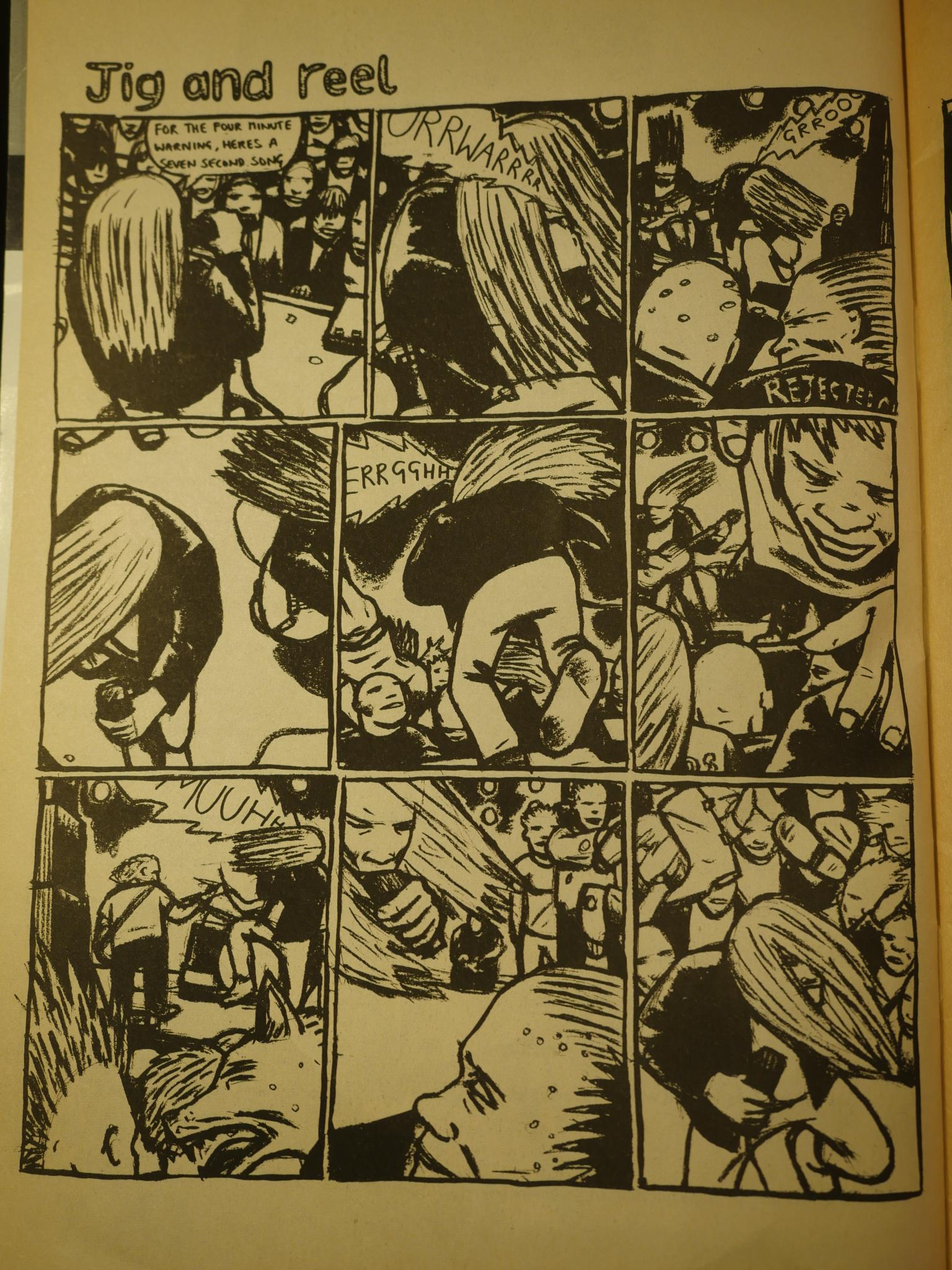 Swain’s pages almost always look like this: Three rows of panes, but not arranged completely on a grid. Each panel is usually drawn from a different angle than the preceding panel, giving it a most un-filmlike feeling: It’s pure comics. 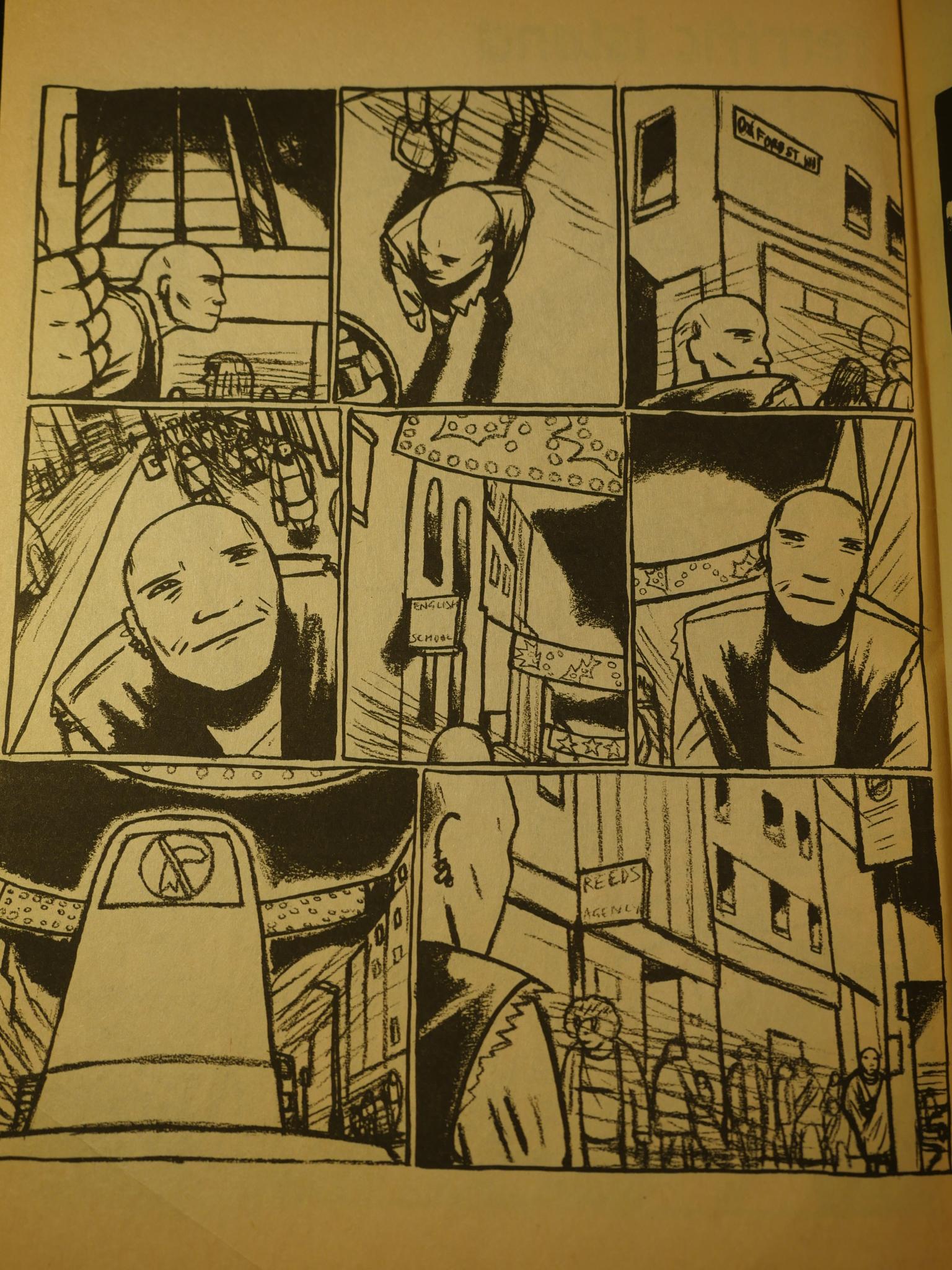 I find her rough charcoal drawings irresistibly appealing. There’s a stillness to them that’s unique. 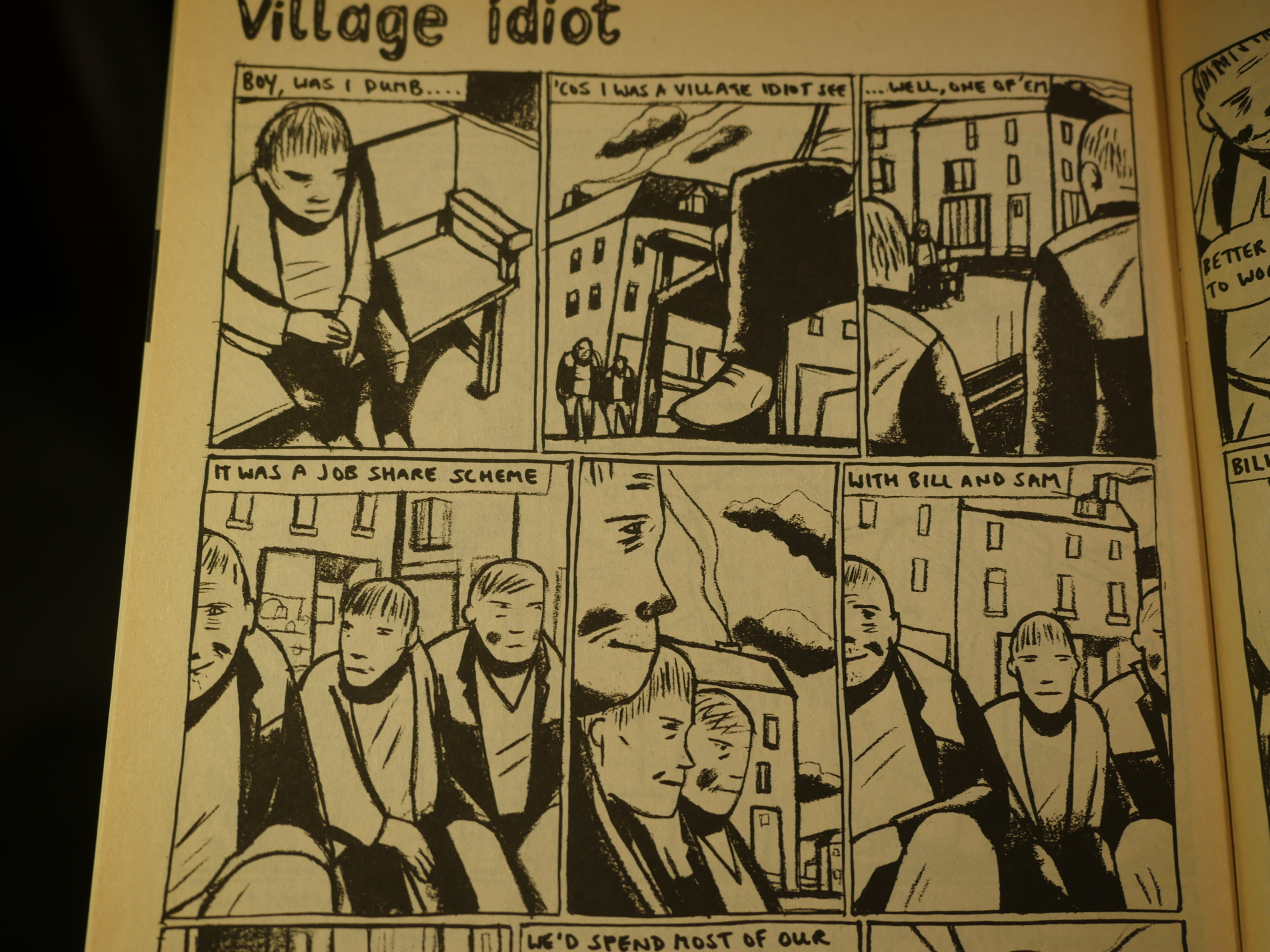 Even if most of the stories are somewhat obscure, Swain is also quietly funny.

OK, that’s the Tragedy Strikes issues, so we’re off to the Fantagraphics issues. 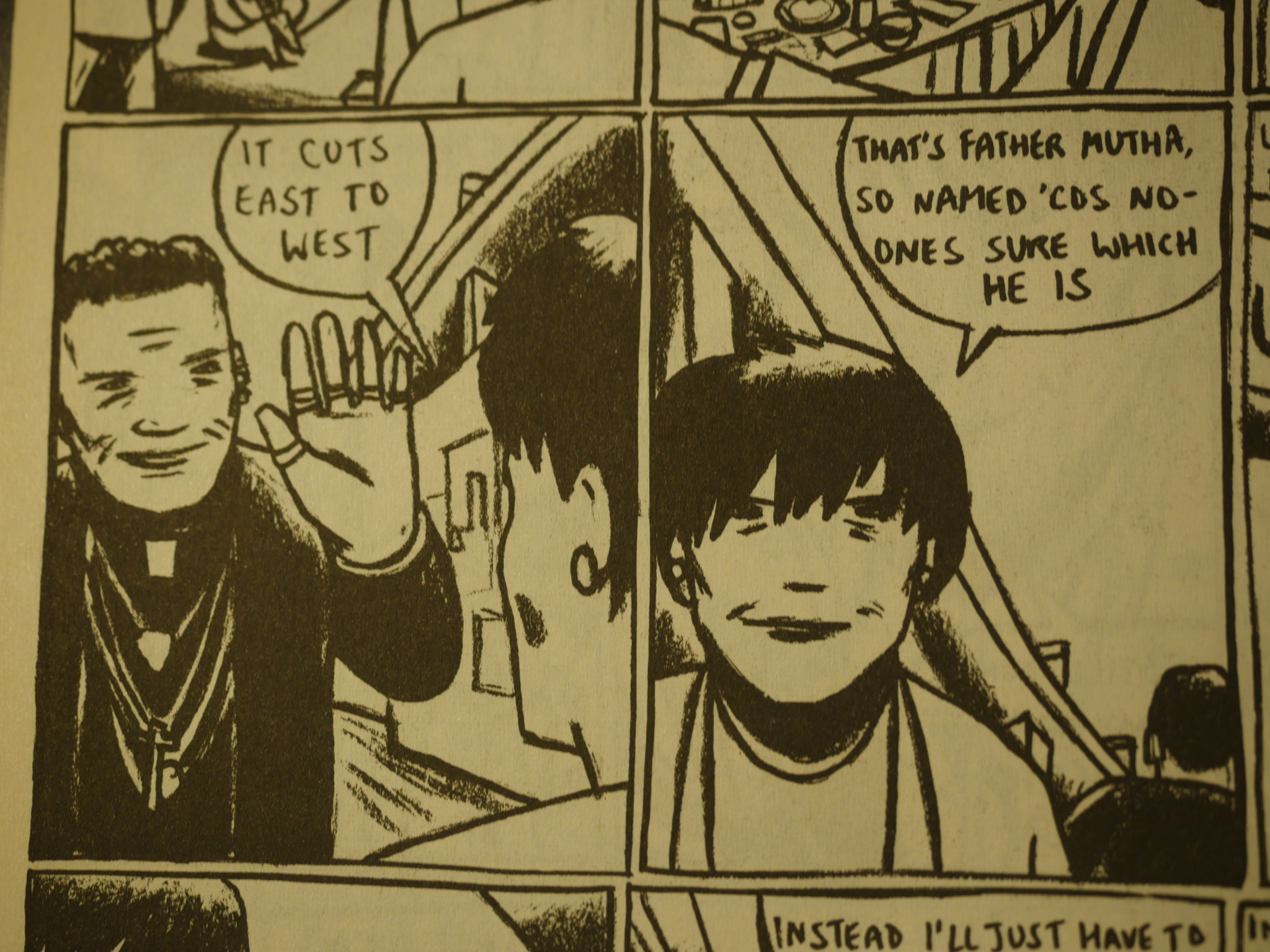 The first issue reprints a piece from the last Tragedy Strikes issue, which struck me as being rather odd. But it turns out that it’s the first part of a three-part series, so I guess it makes sense. 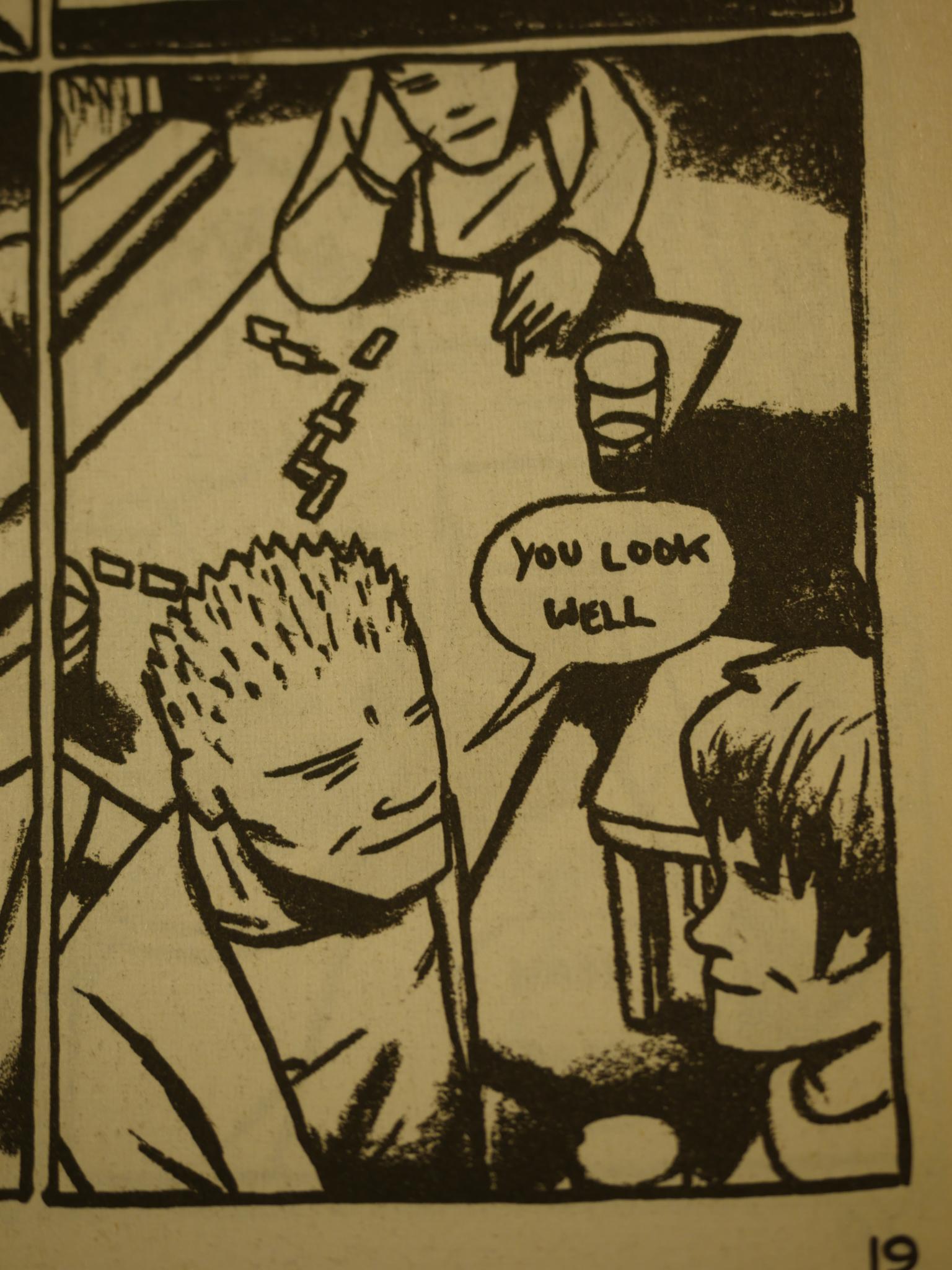 I think Swain has never drawn somebody with an open mouth. Having the mouths always be closed and their faces with relatively neutral expressions contributes to the stillness these panels have. 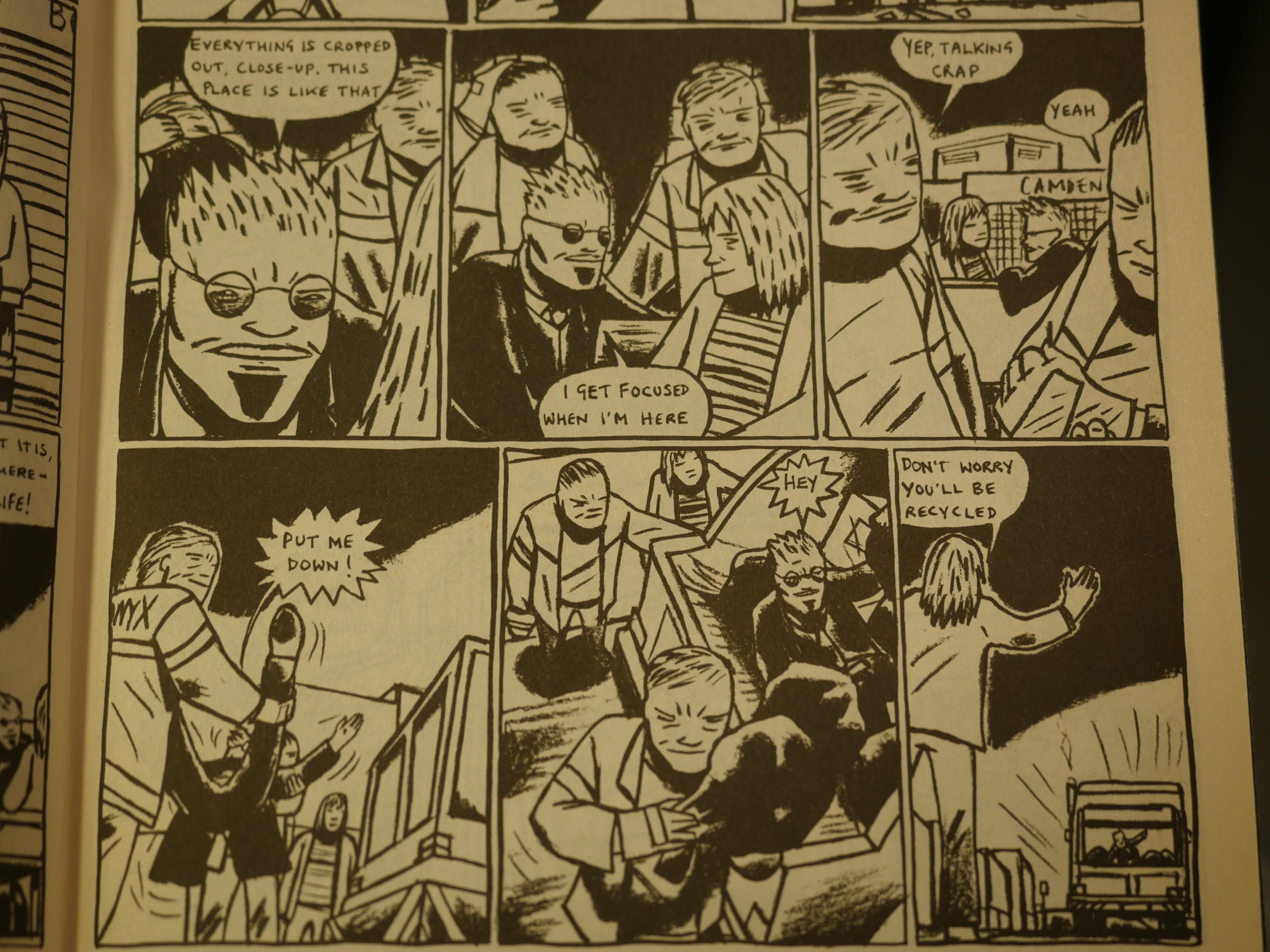 Every face is distinctive. 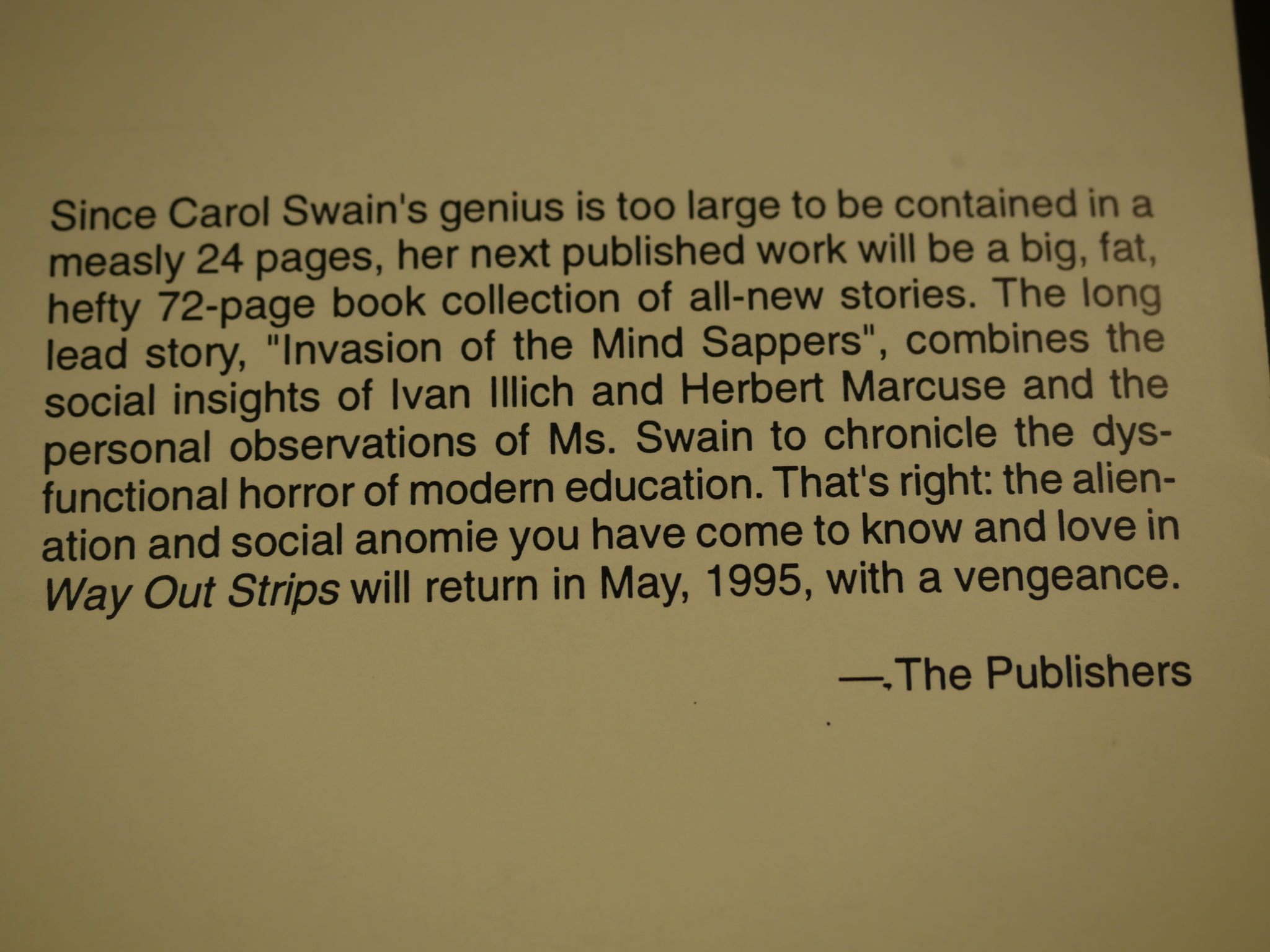 Fantagraphics announces that Way Out Strips is cancelled and that they’ll be releasing a longer collection next year. Which turned out to be true, for once! Having long-range plans when you’re a very underfunded comics publisher is tricky.

Carol Swain has continued to publish via Fantagraphics with a new graphic novel or a short story collection showing up about every five years. Unfortunately, not many of these have received a lot of attention (or, would I assume, massive sales), but perhaps that’s finally changing now. Her latest (and quite brilliant) graphic novel, Gast, got at least some attention.