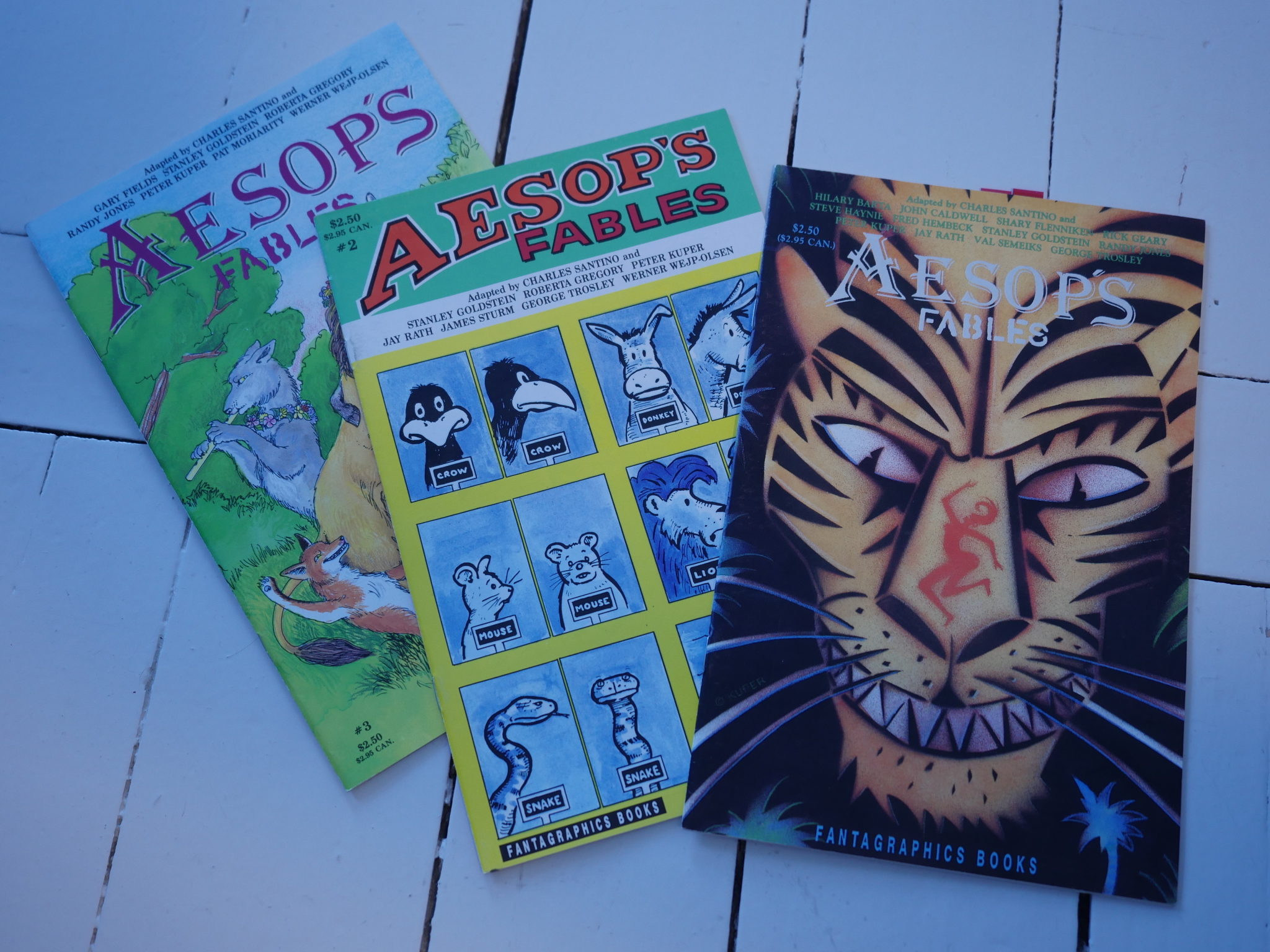 This series has a slightly odd motivation for its existence: 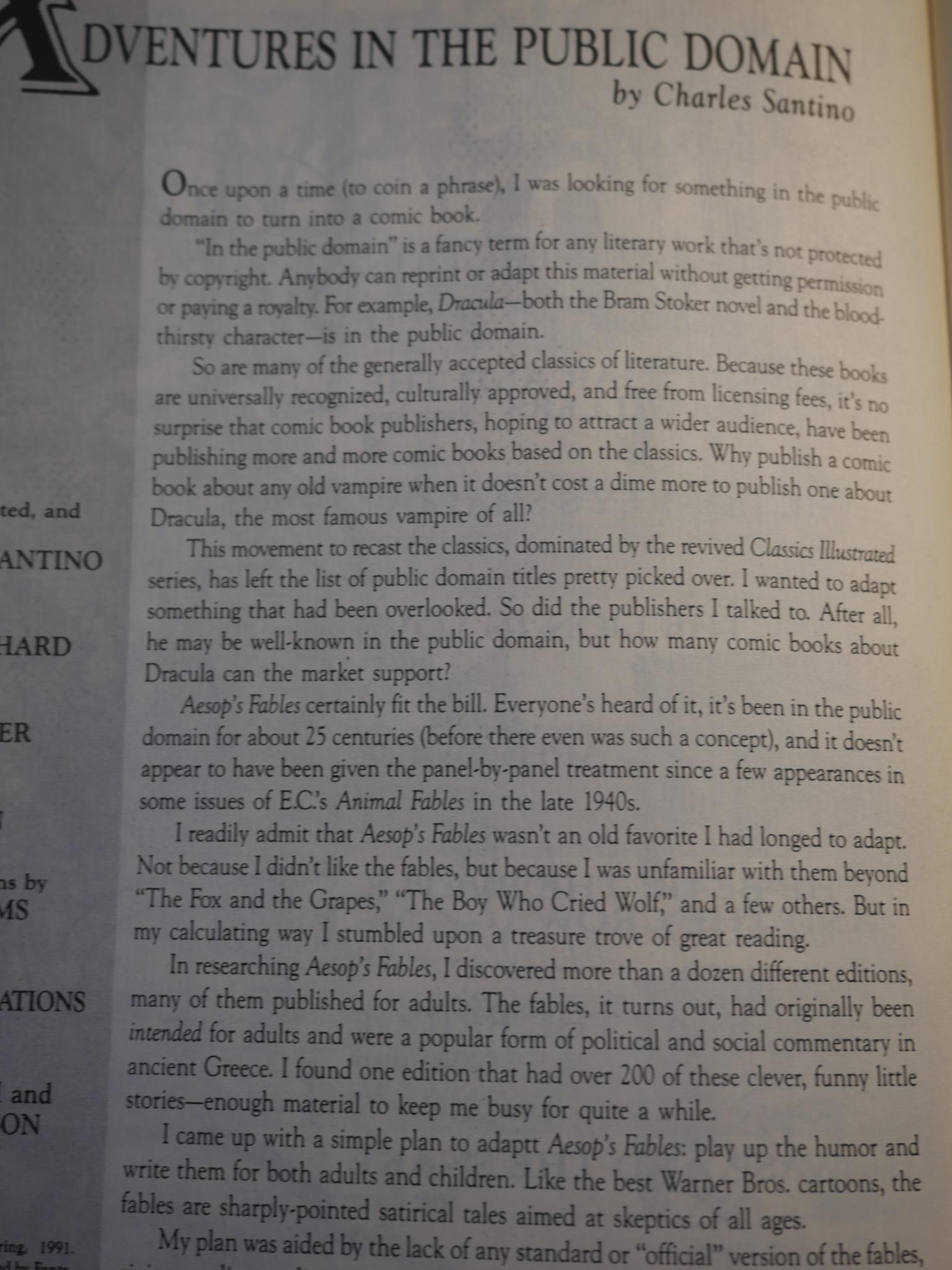 So the project wasn’t started by somebody with a passion for fables, but just somebody looking around for something to adapt. You’d think that this would result in some pretty shoddy comics, but they’re quite amusing.

The majority of the stories in the first issue are two-pagers, which makes it inexplicable that they’re printed like this: 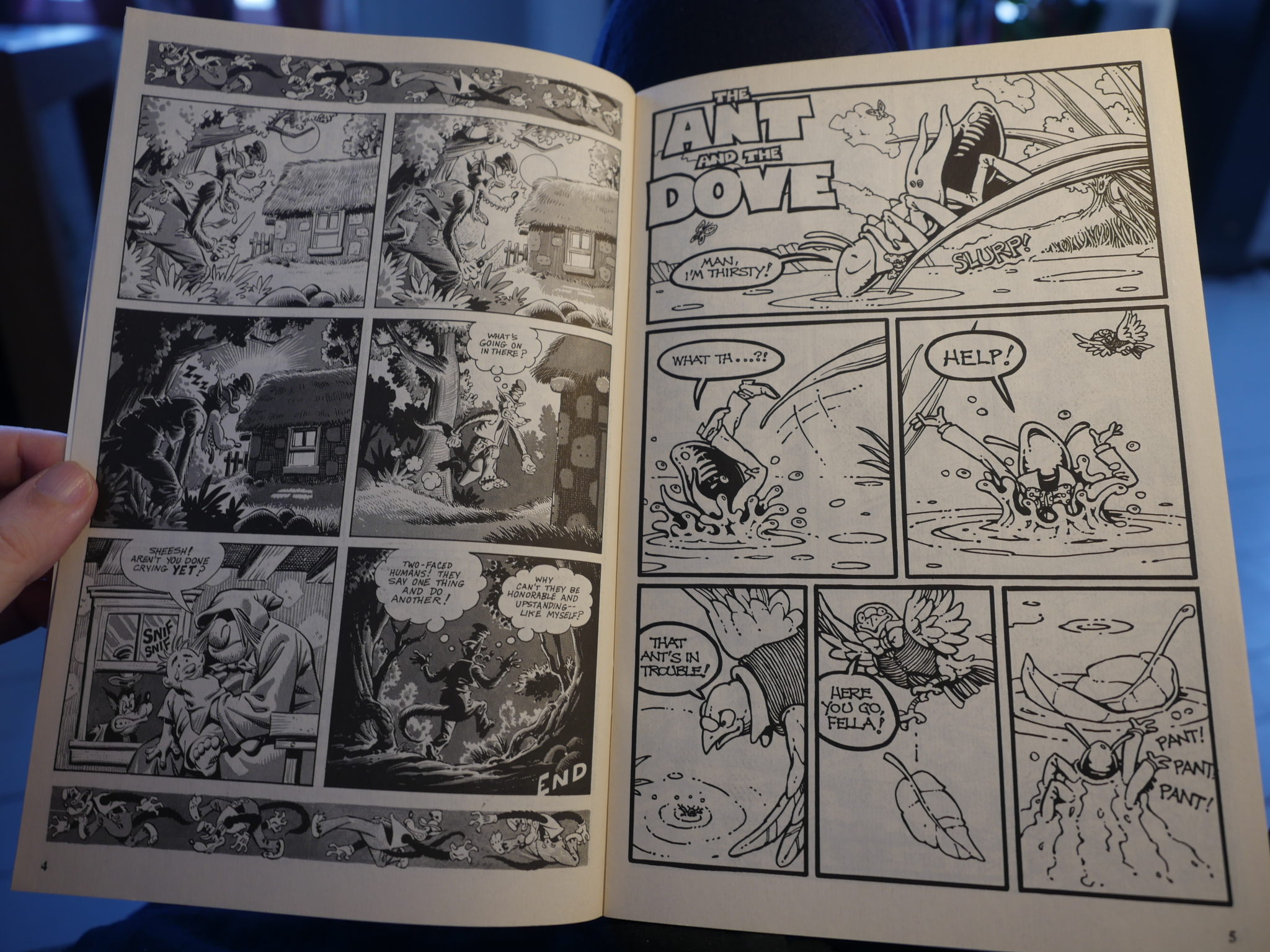 That’s a pretty jarring transition between Hilary Barta and Rick Geary. Both look great, but why not do each of them on separate spreads? 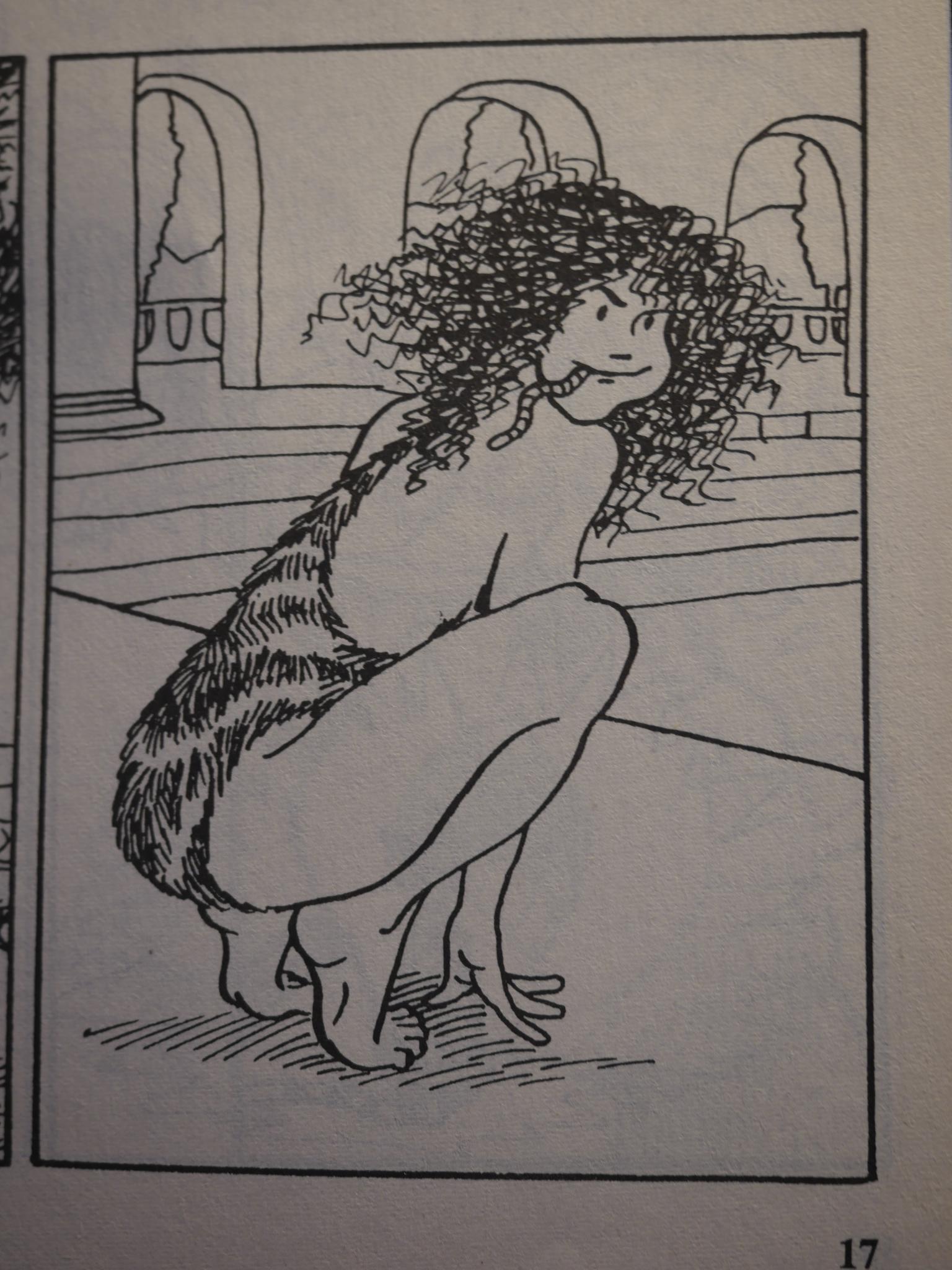 The longer stories fare better, like this one by Sheri Flenniken.

I find myself without much to say about this series, though. It lasted three issues, and the stories are mostly amusingly told, although I think they could have avoided the more well-known stories like The Boy Who Cried Wolf.