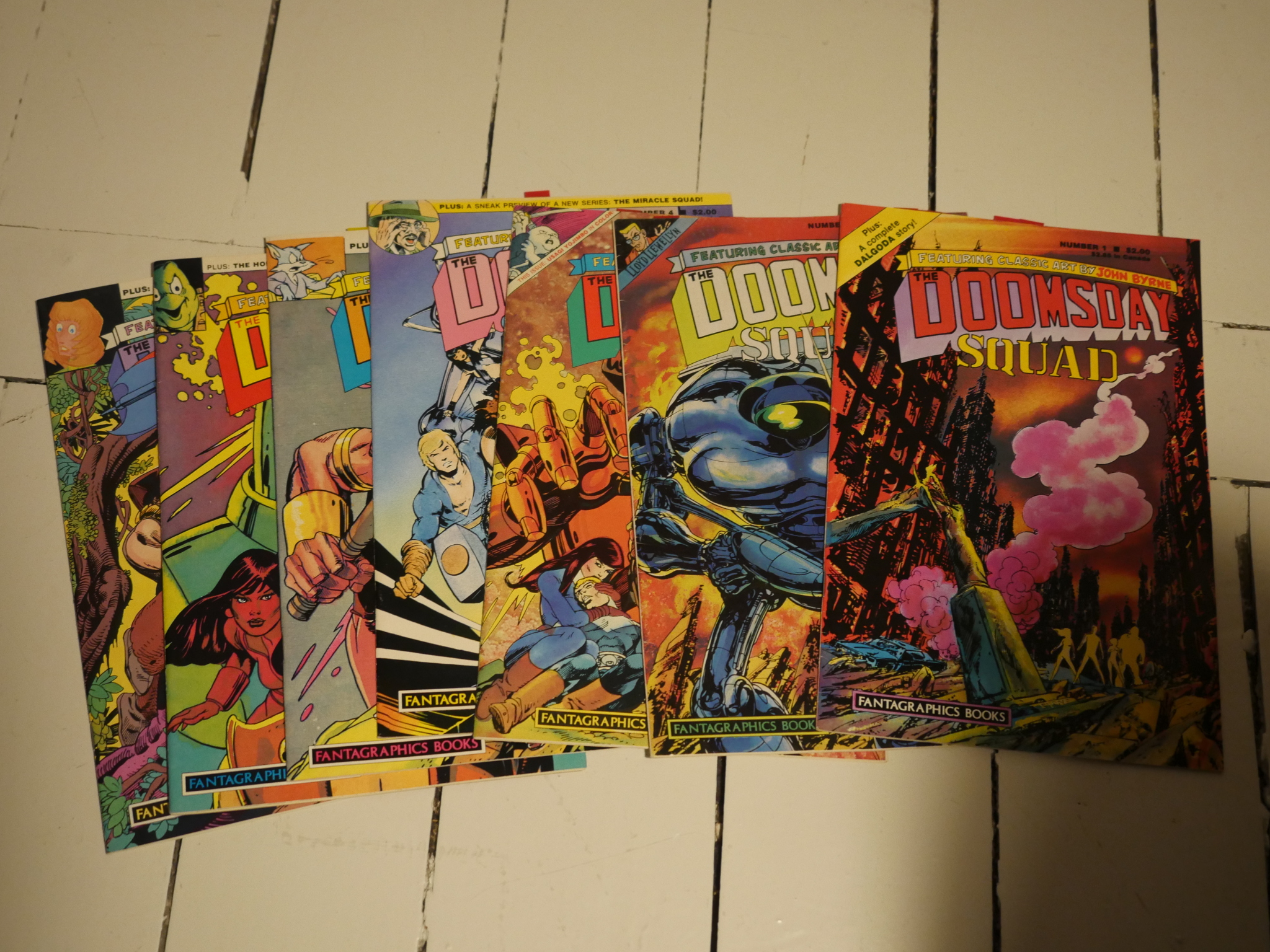 This series was supposed to be called “John Byrne Classics” and reprints the old Charlton Comics series Doomsday +1. Apparently Byrne protested and it ended up being called Doomsday Squad instead. He was also apparently supposed to supply the covers, but only did two, while most of the remaining issues were done by Gil Kane instead. 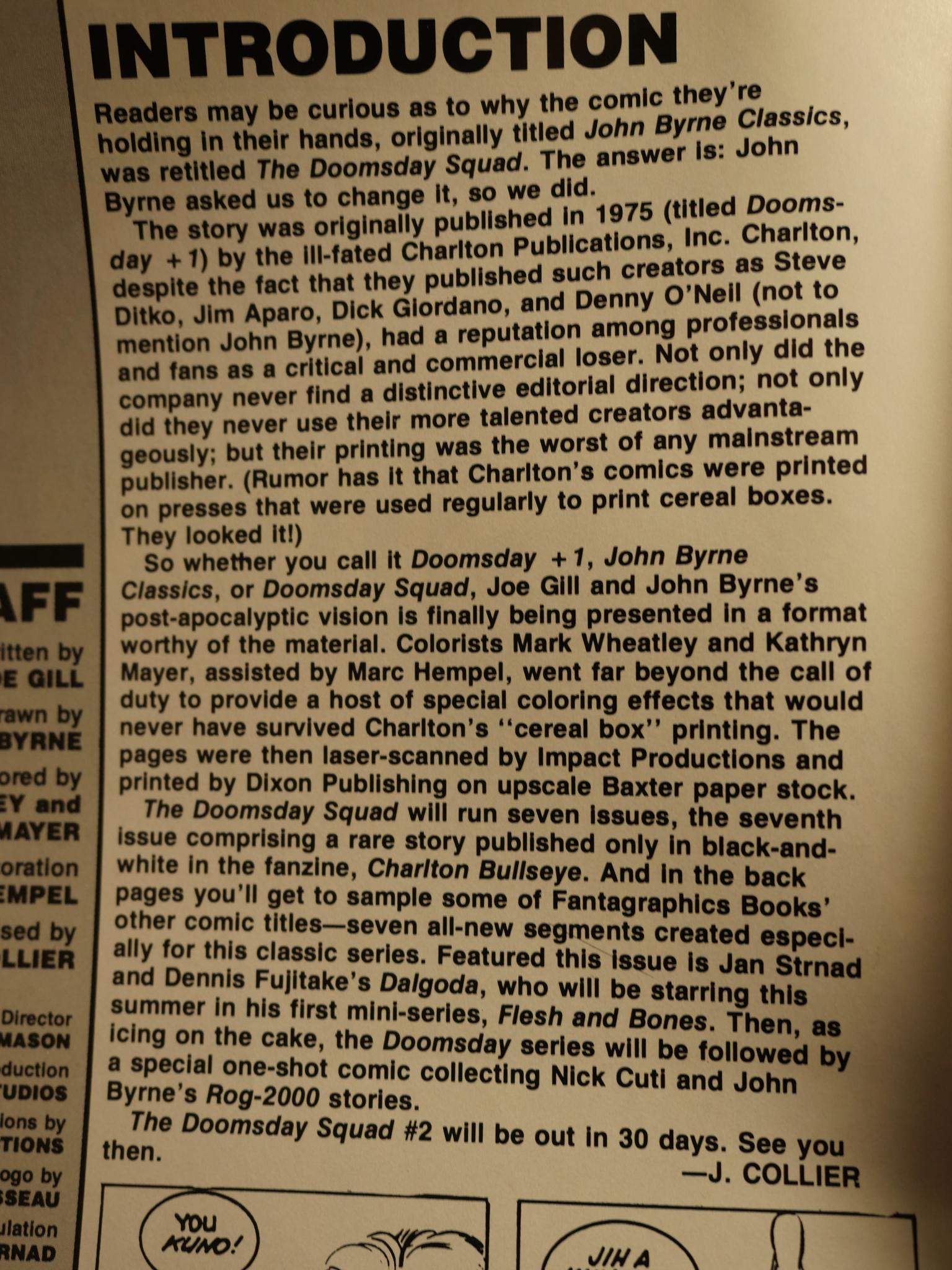 The editor doesn’t really explain, but the only reason to reprint a C-grade comic from a Z-grade defunct publisher is that Byrne was (at this point) hot shit, and the Charlton properties were for sale, probably at a cheap price. So here’s an opportunity to make some money, and at the same time, print back-up stories featuring characters from other Fantagraphics publications. It gives the artists in question a rare chance to work in colour, and each back-up also works as a five-to-seven page ad for the publication in question. Win win!

But what’s the main series about? It’s about seven issues. 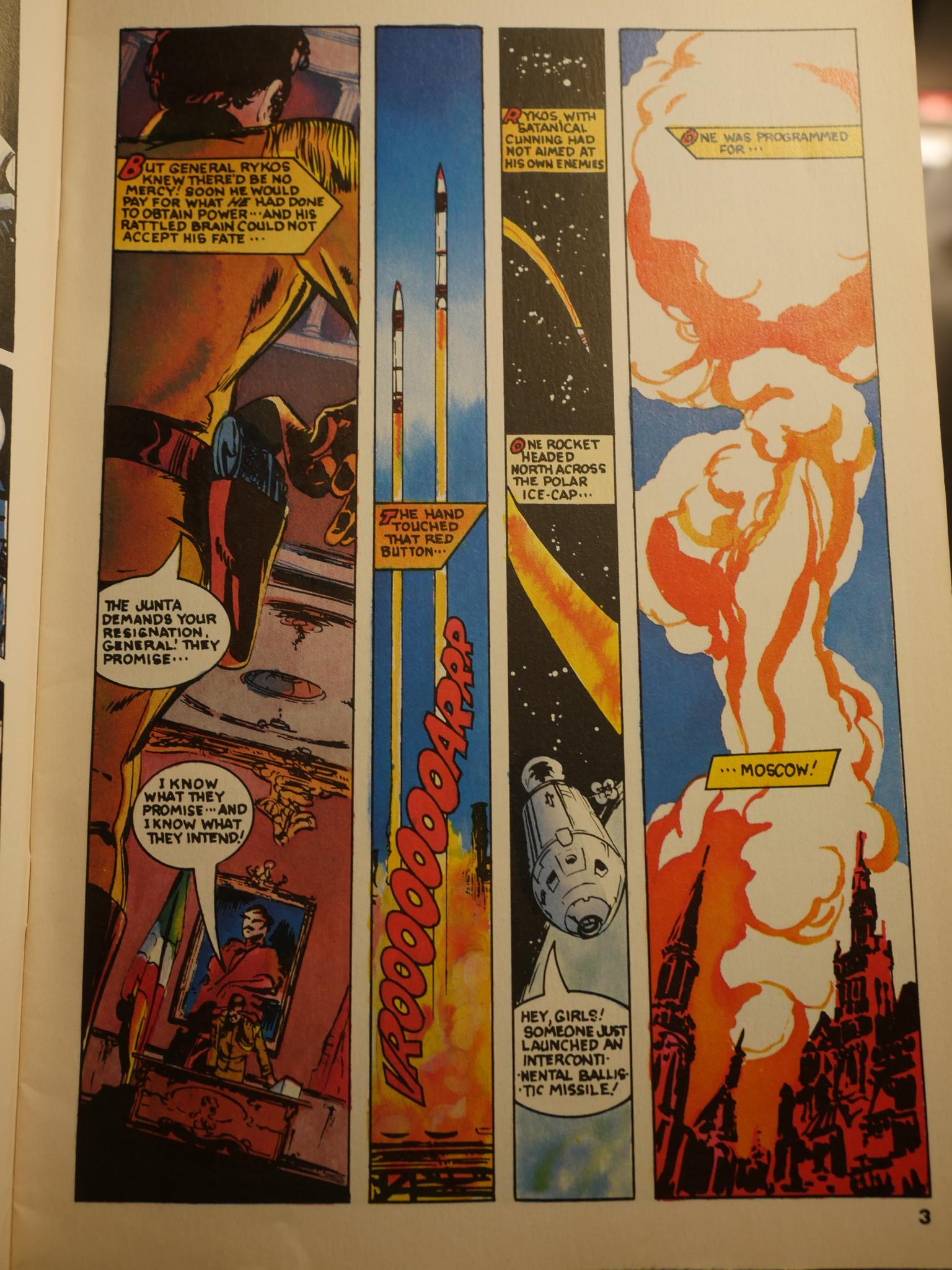 Oh, and post-apocalyptic stuff. There’s only three people alive on Earth after WWIII, and they have adventures and stuff. They meet robots and alternate reality people and dinosaurs and thawed-out goths. 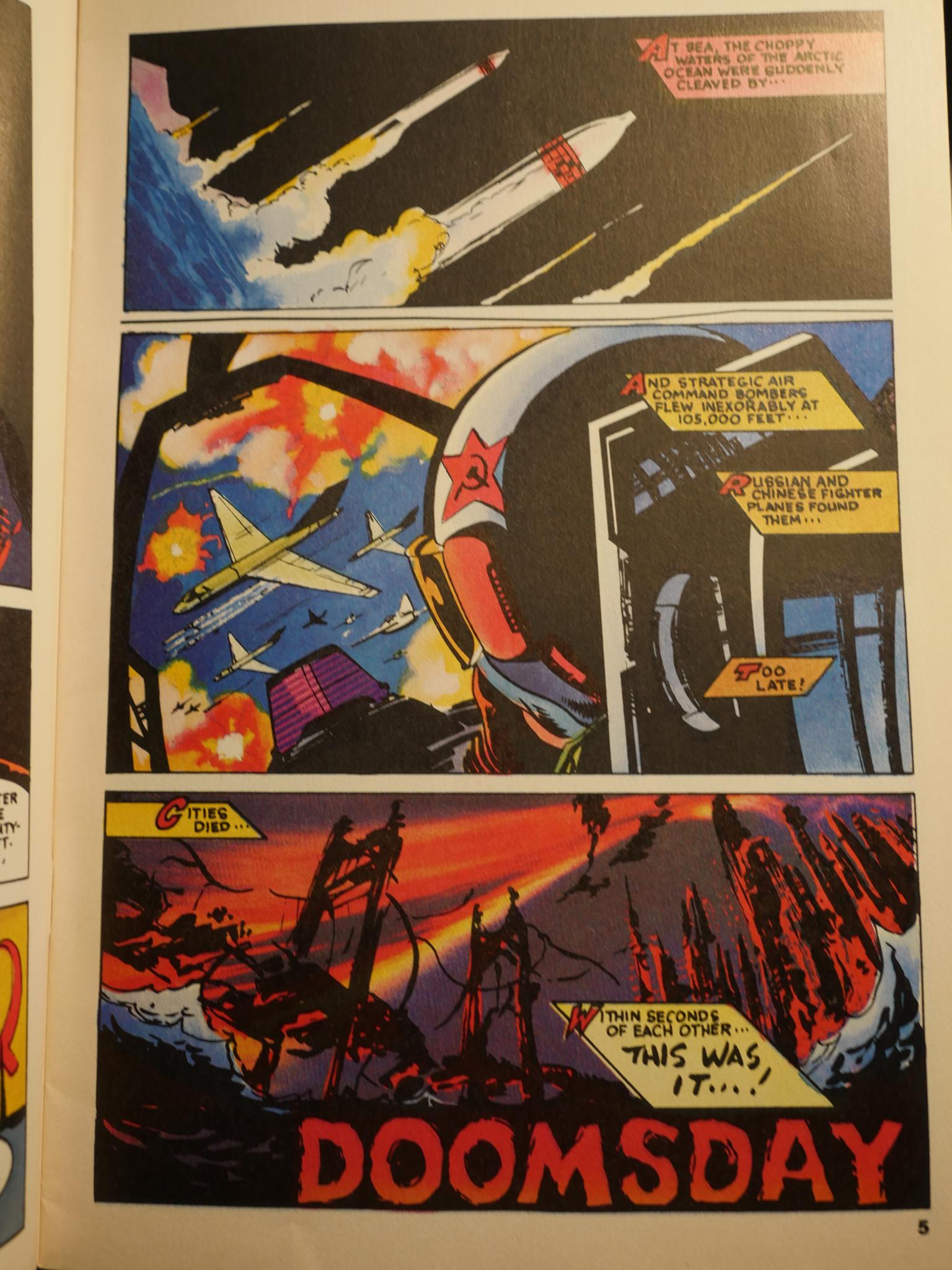 The colouring job is very, very Fantagraphics. As noted in the Dalgoda article, nobody has done colour separations quite like Fantagraphics did in the mid 80s. Which is something most people are quite OK with.

Here’s how that page above looked originally: 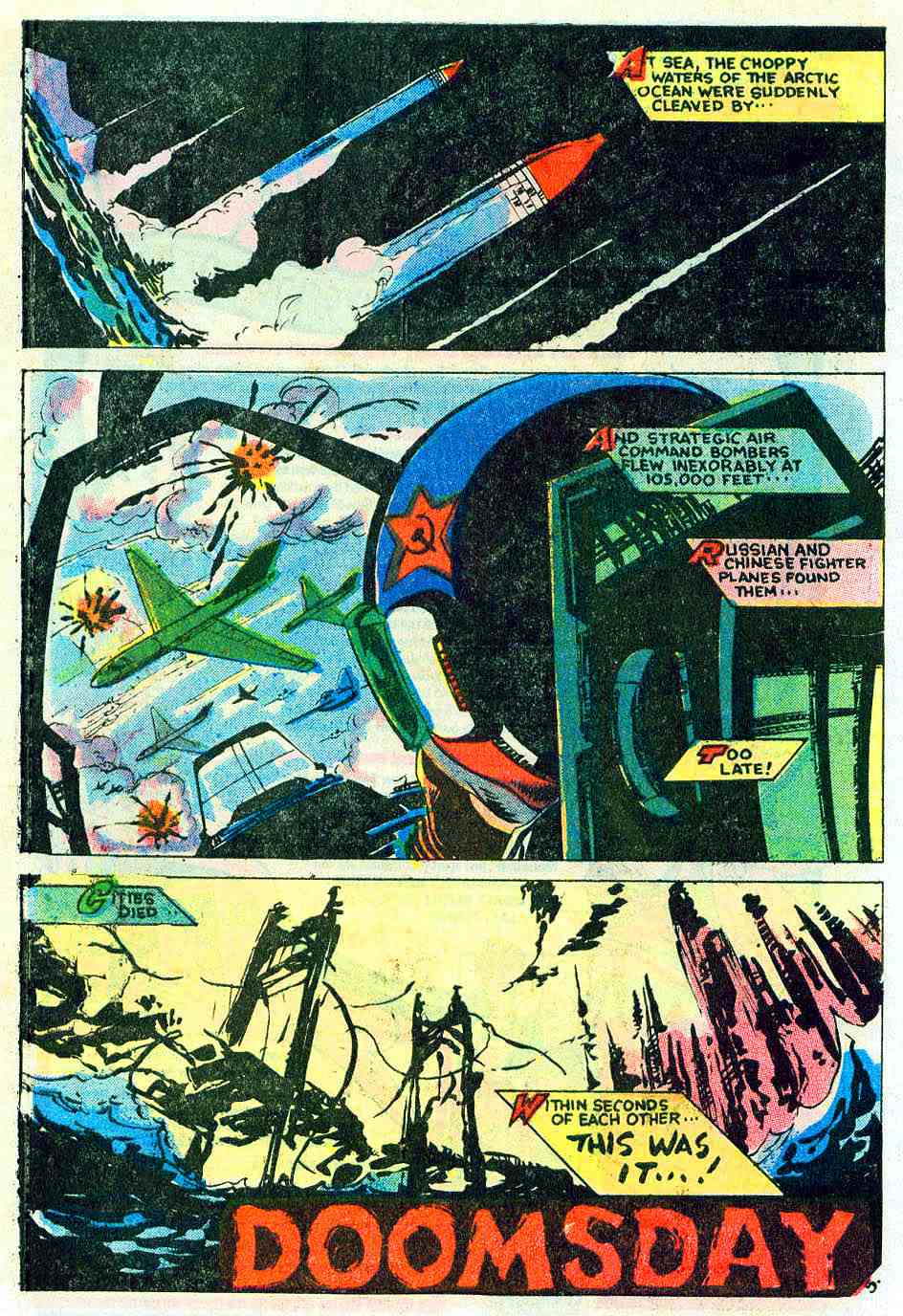 So the colourists drew a lot of stuff in that wasn’t originally there. 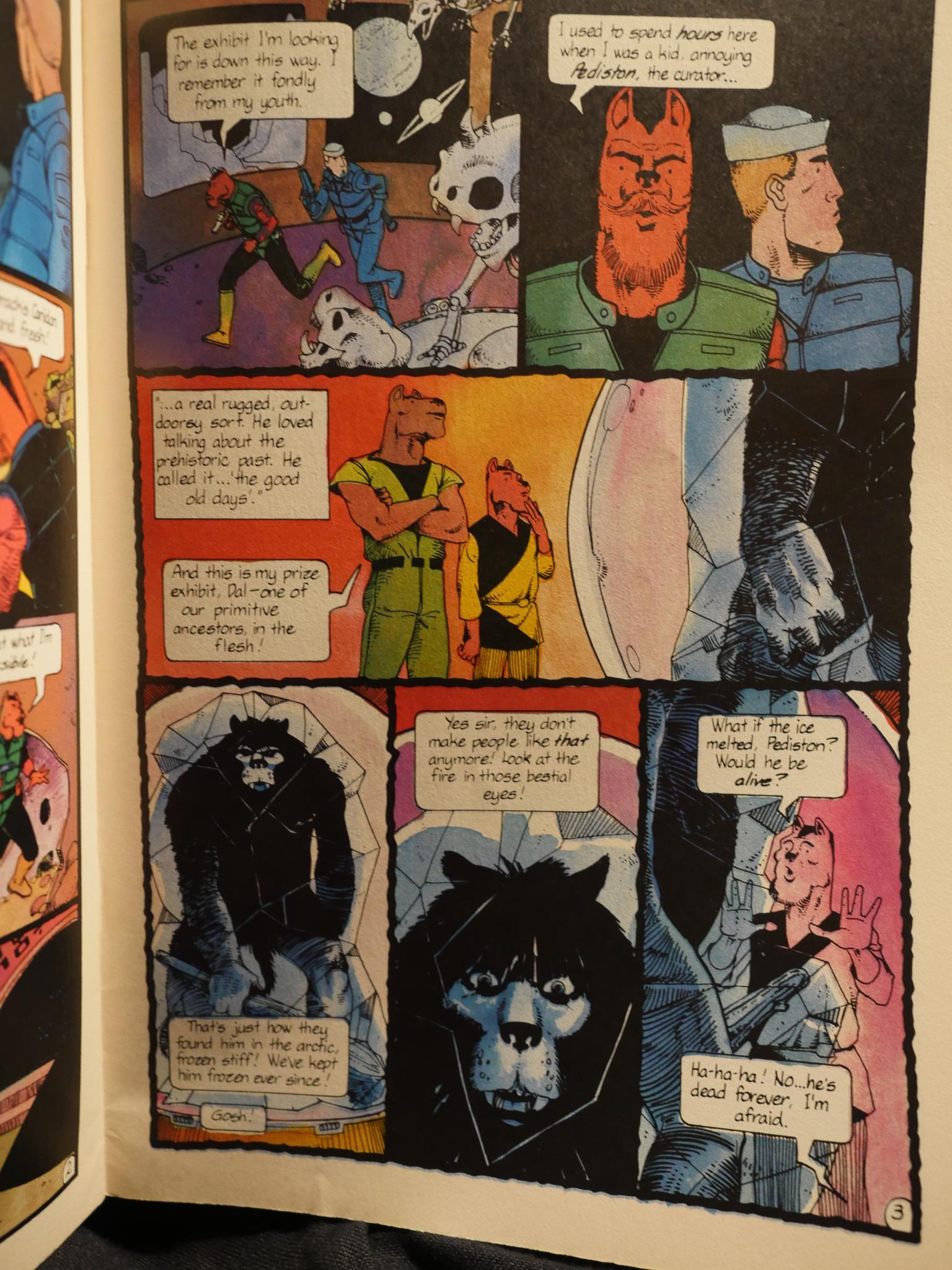 The first backup story is the aforementioned Dalgoda. And it ties in with the lead story: It’s about thawing up an old savage, and it points out that this isn’t really possible.

It’s fun to see the backup story criticise the main story. Subsequent backup stories would have none of this synergy… 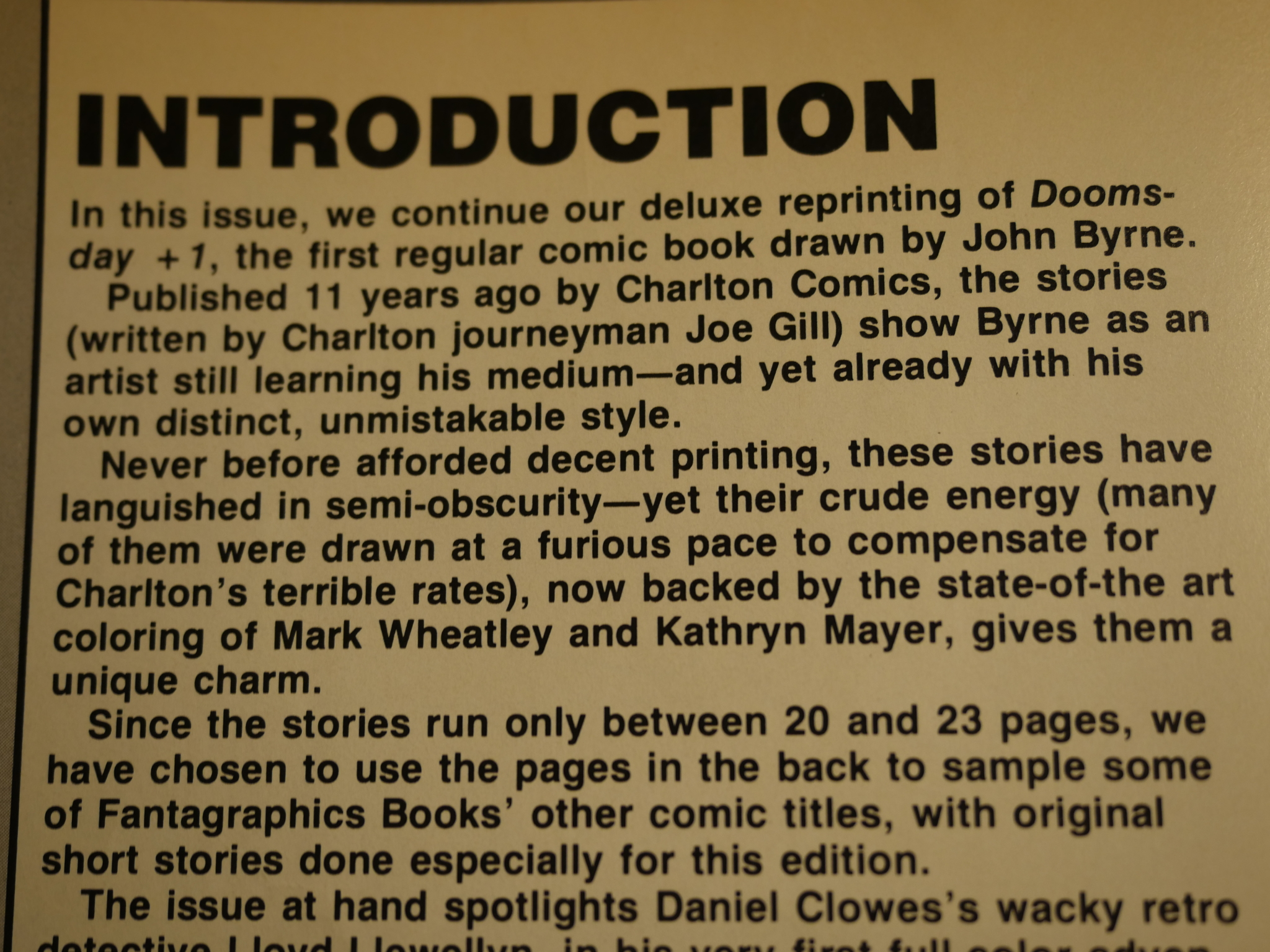 The editor takes another go at explaining why this reprint exist. “Crude energy.” 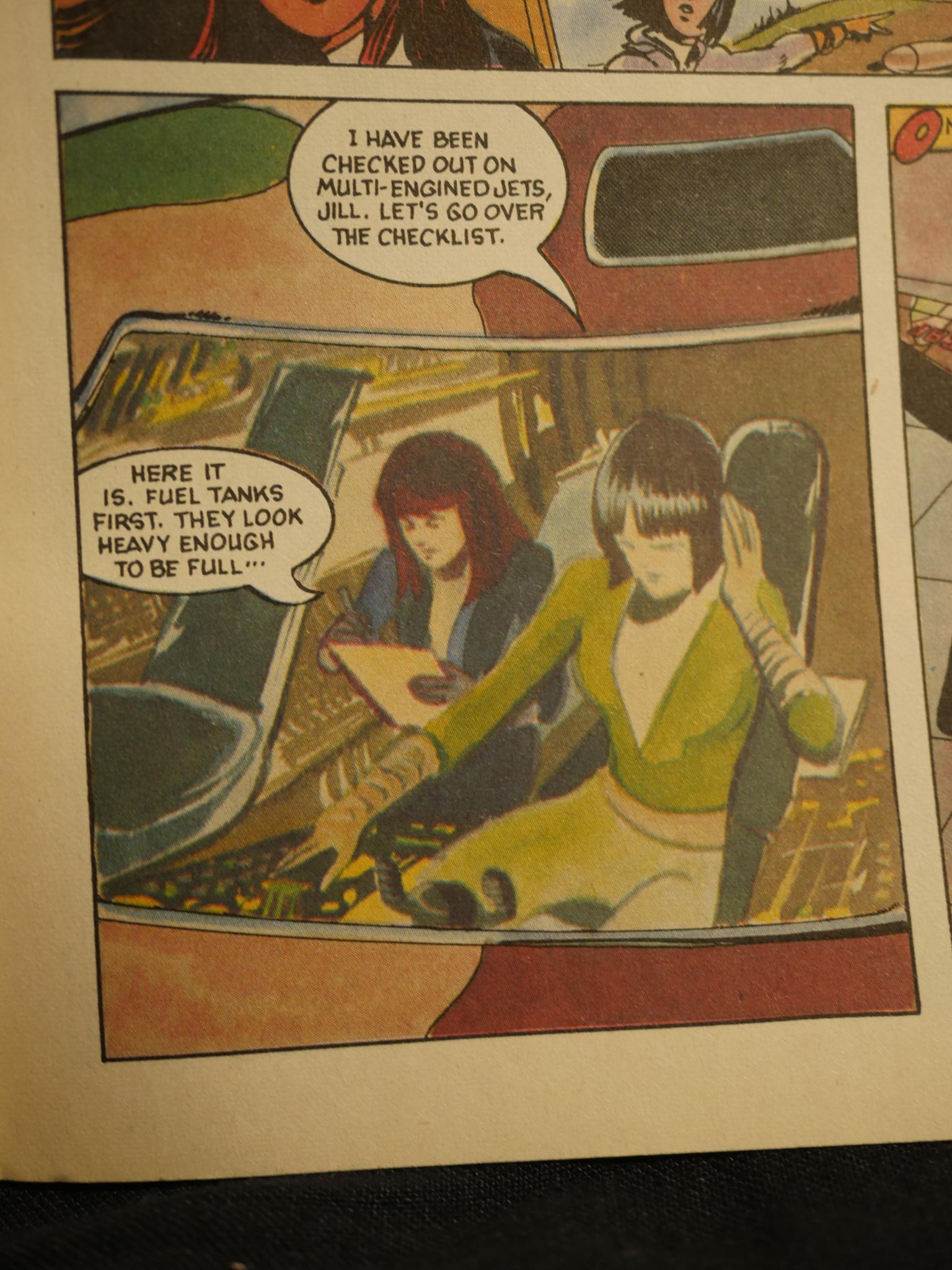 Speaking of the colouring, some of these pages makes me wonder whether the original pages were just mostly blank. This looks awfully like the colourist has drawn in the figures in the windshield there. 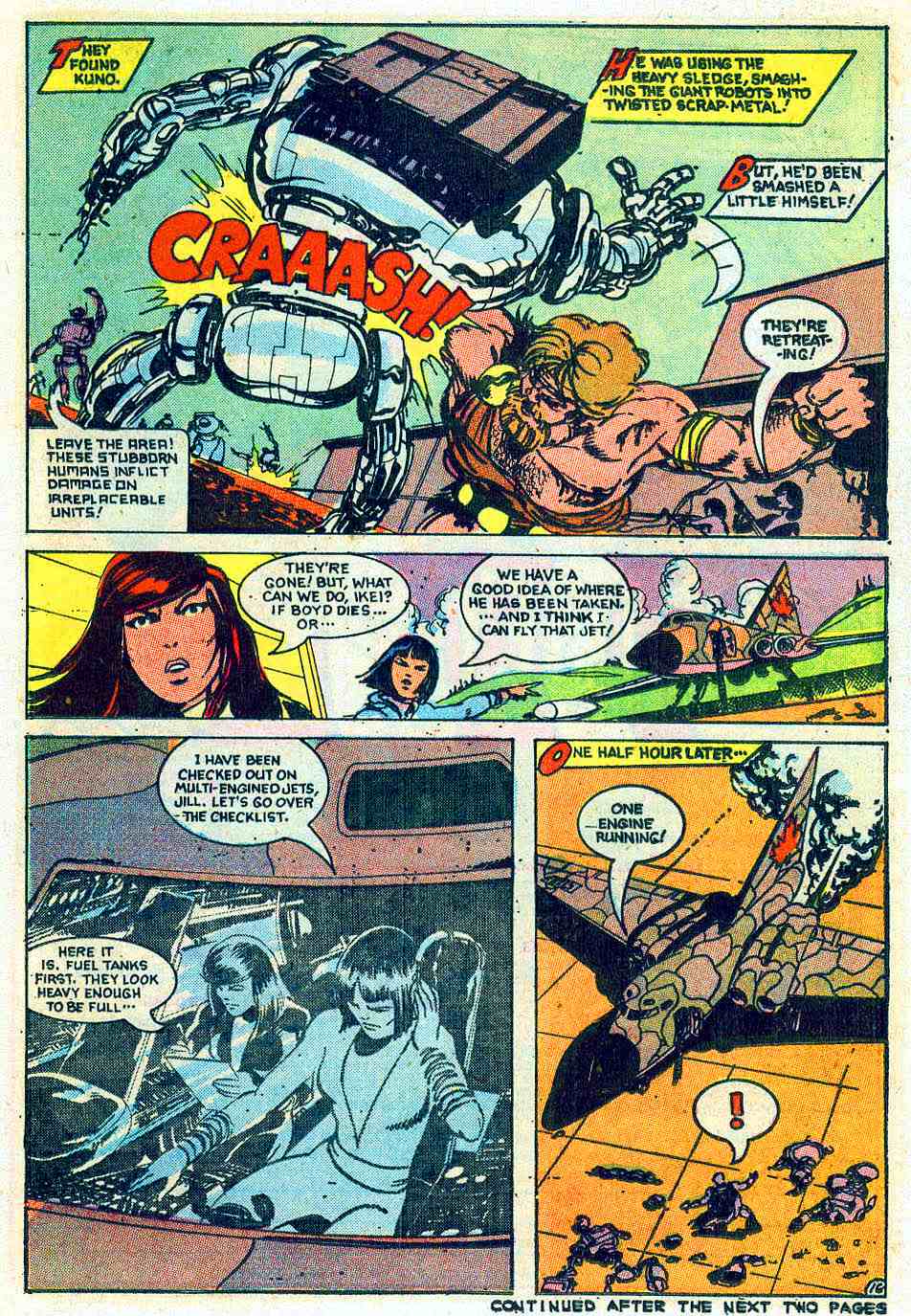 Nope, they were there, but were rasterised. How odd. 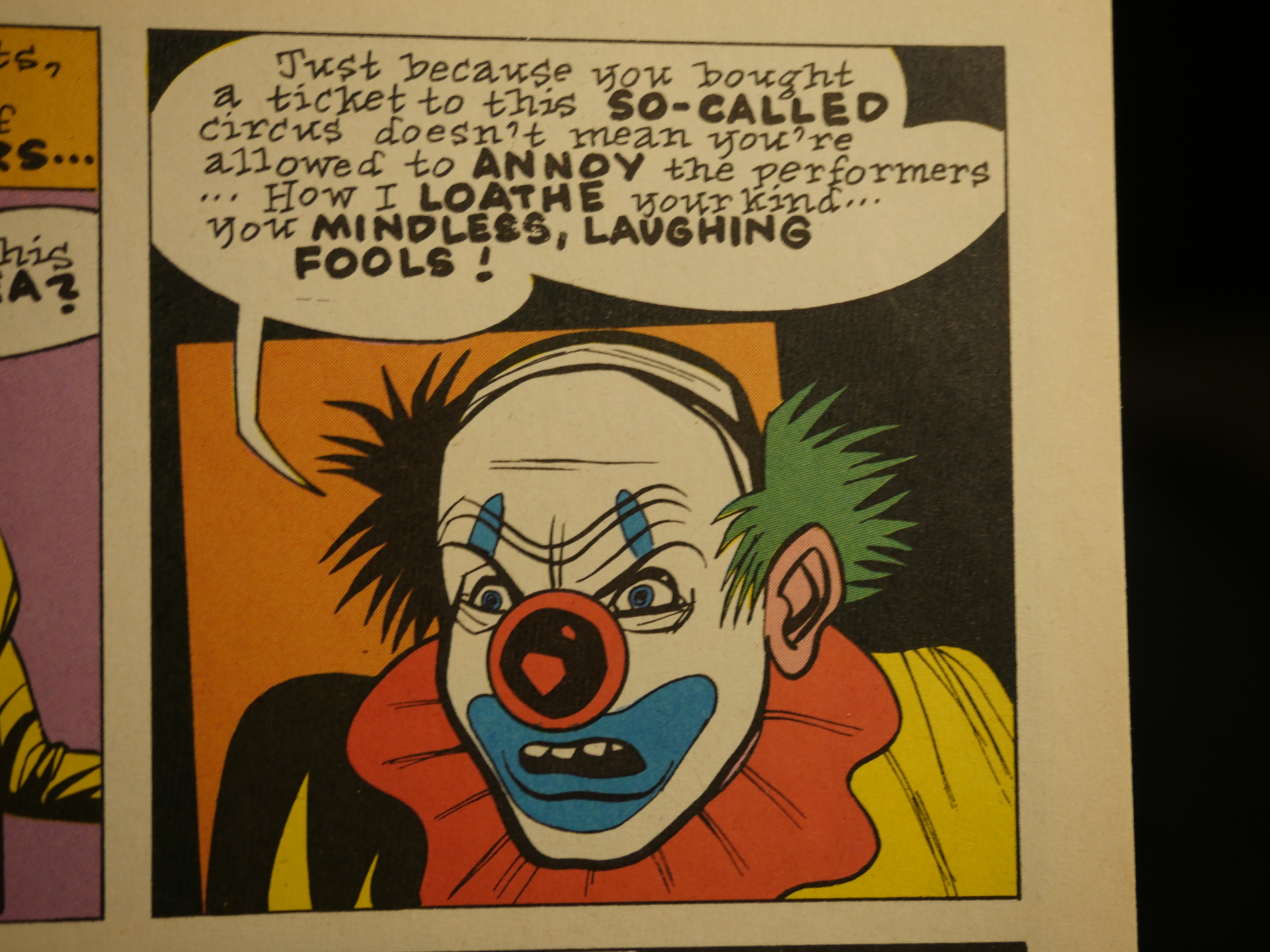 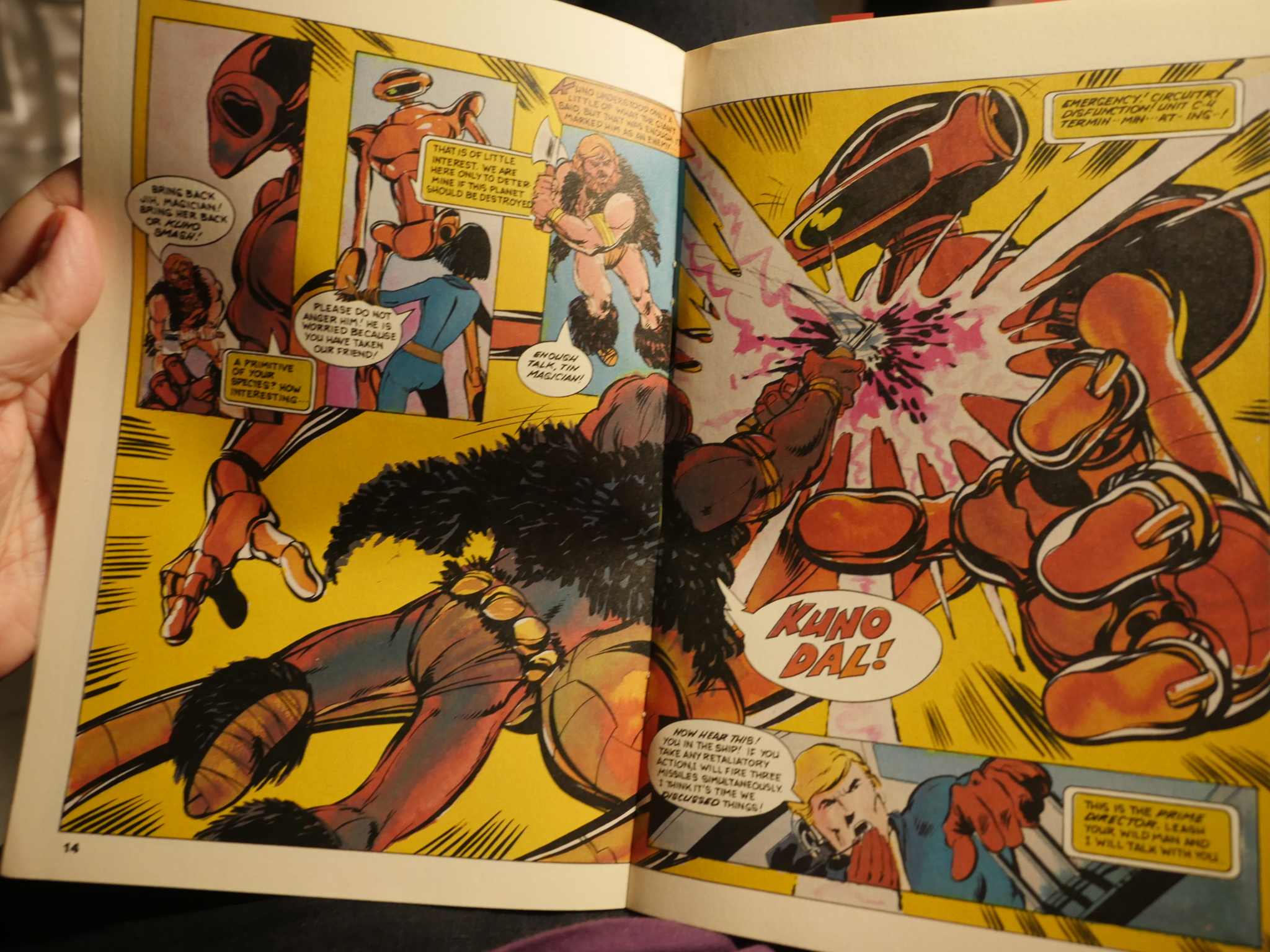 Yeah… I can see it now… Crude energy. 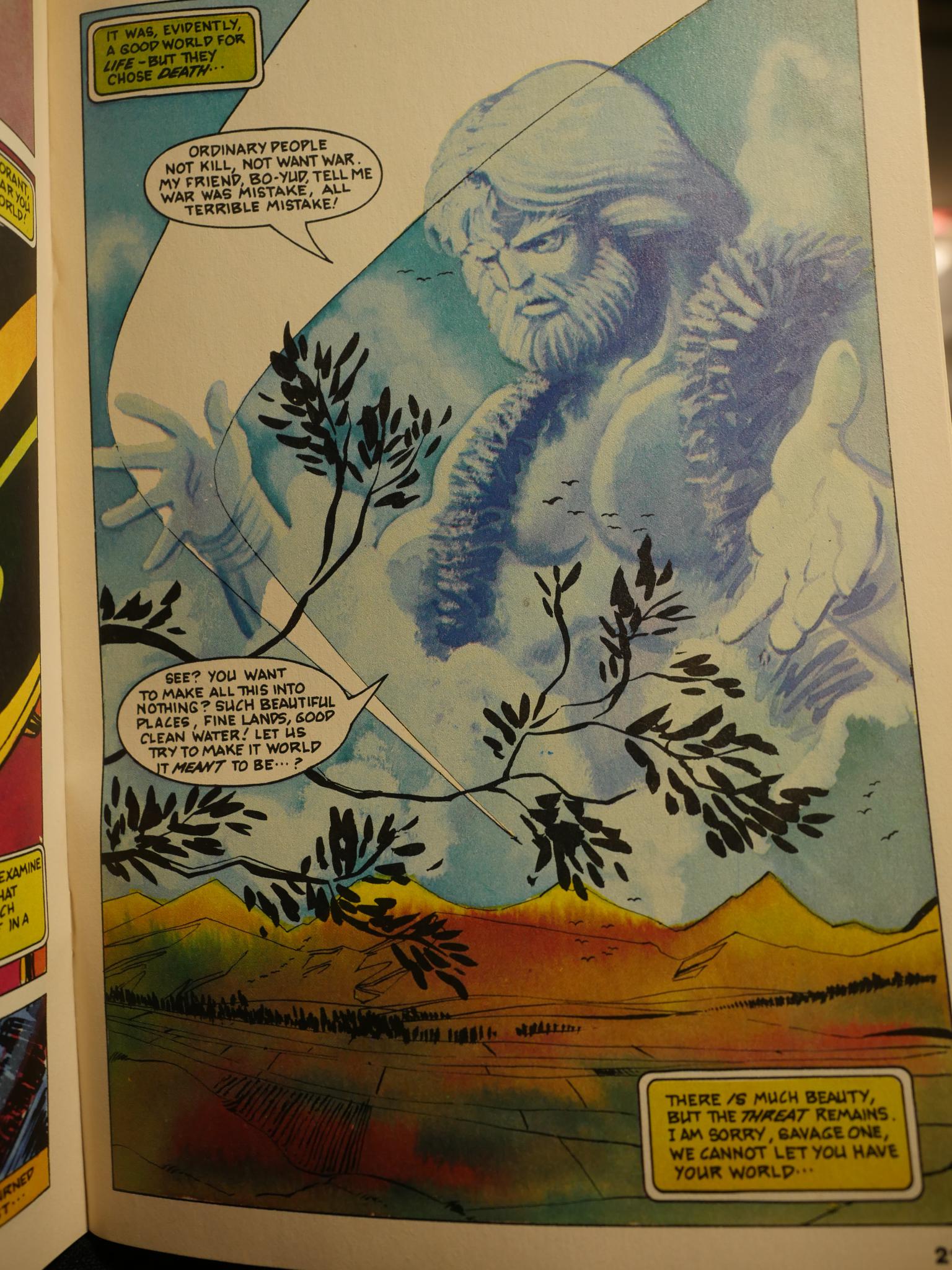 Whaa… How… So how could the original possibly look like that? Charlton certainly didn’t do painted colour holds.  That’d cost money. 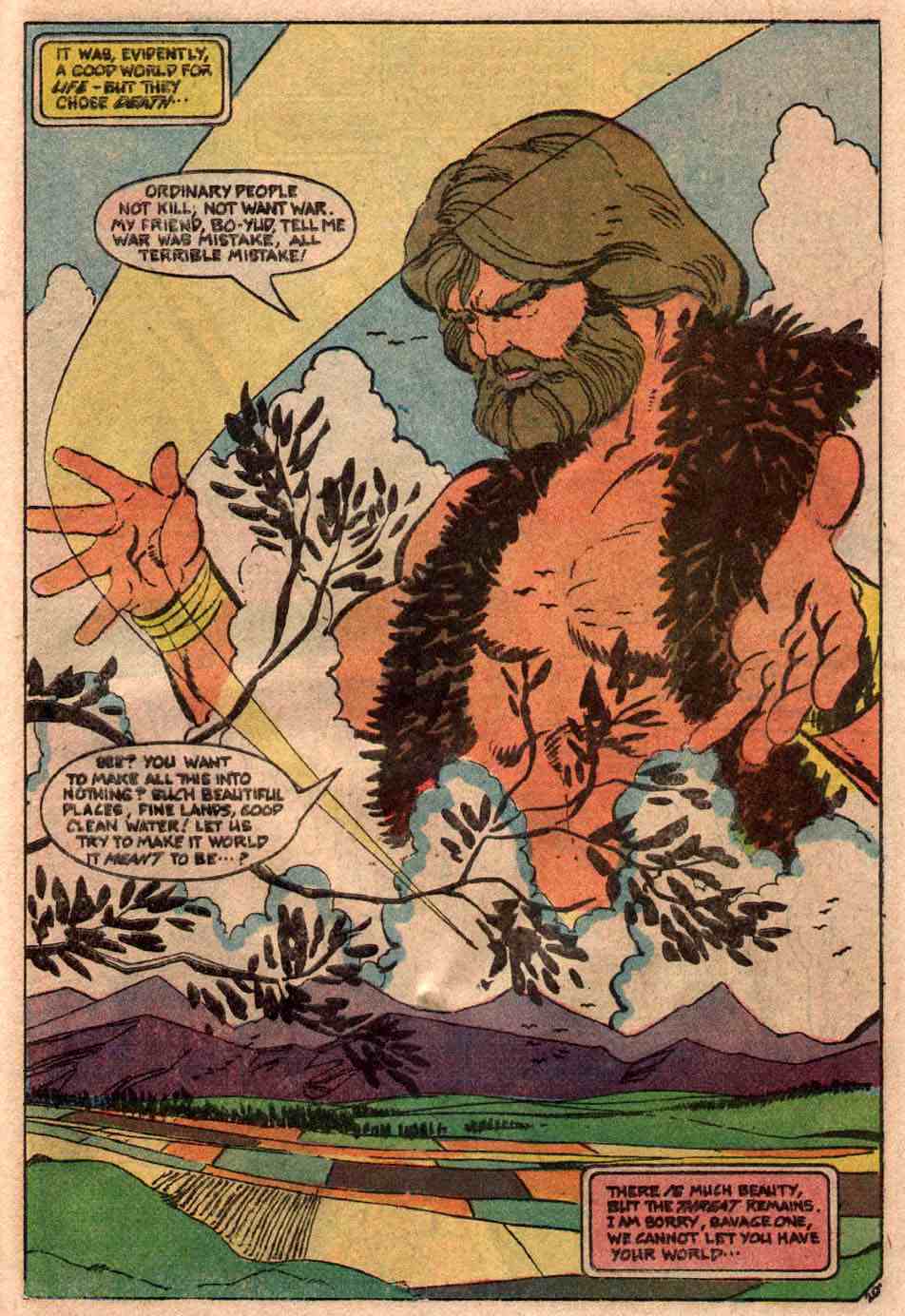 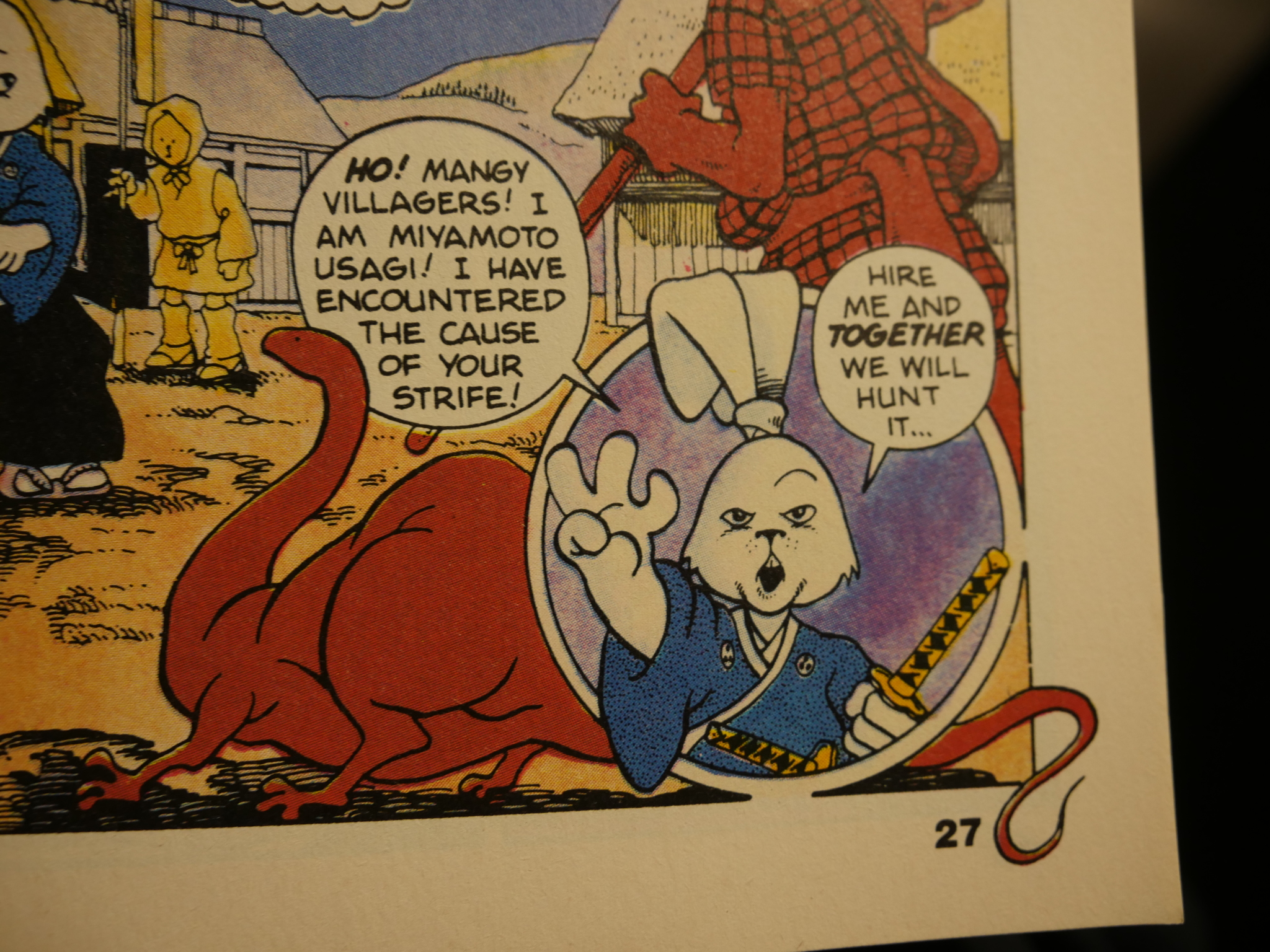 An Usagi Yojimbo backup story by Stan Sakai. “Ho! Mangy villagers!” That’s going to be my go-to greeting from now on. 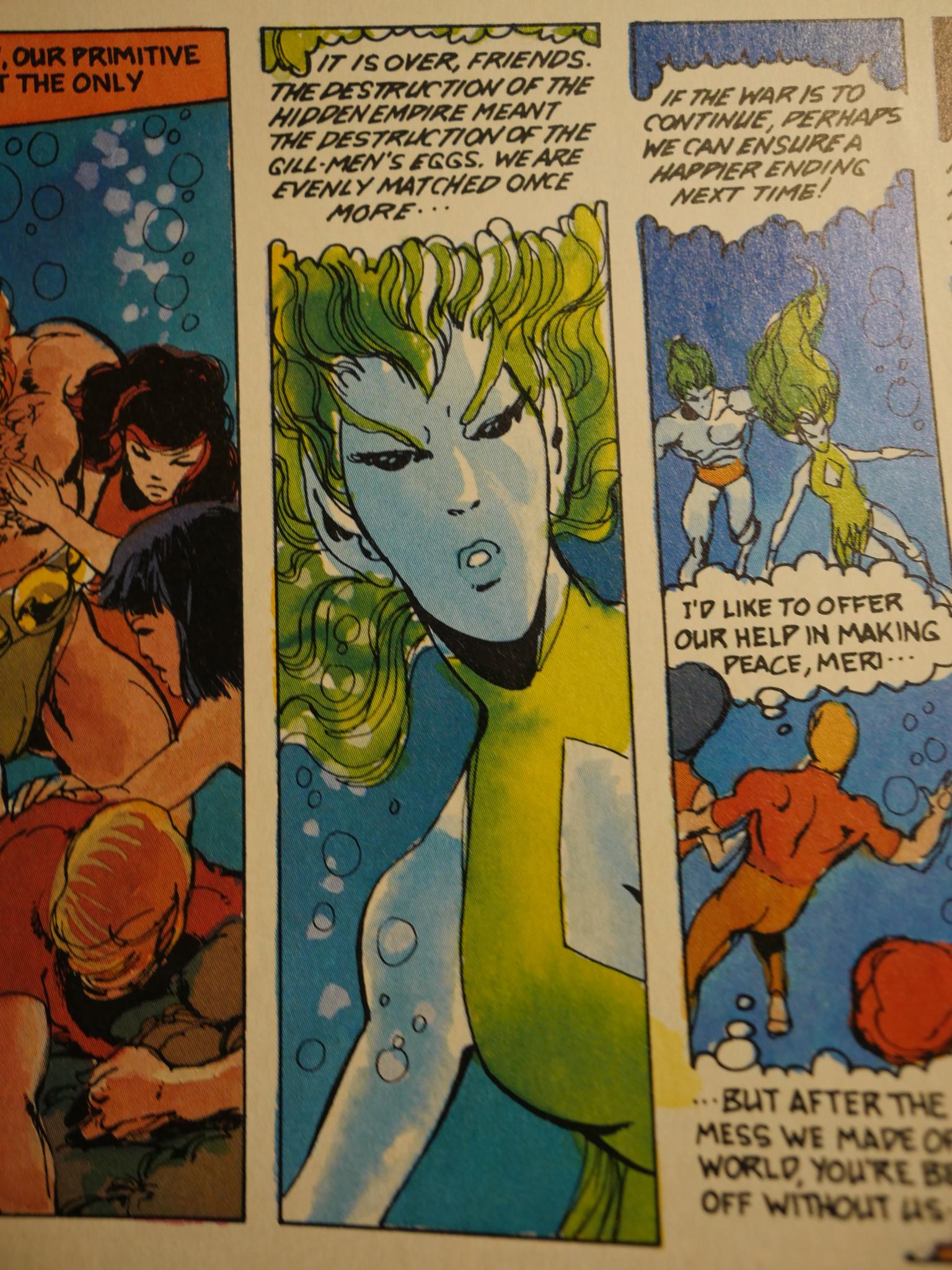 I wonder whether the writer, Joe Gill, is trying to tell us something with the “gill-men’s eggs” line. The fifth issue is particularly ironic. The editorial is all about how finally these comics are printed the way they should be… … and half the pages are printed horribly off-register. The red is printed about two millimetres off of where it’s supposed to be. Captain Jack backup by Mike Kazaleh. I want some octopi arms sticking out of my car windows, too! You can’t say that it isn’t edumacational. Why is war always hardest on the pets! WHYYYY!!1!

Oh, I think I failed to mention that Doomsday +1 is piffle. I’ve read worse, but it’s kinda boring. It throws all 70s sci-fi clichés it can think of into the series, but it doesn’t do anything interesting with them. It’s close to being a parody of a 70s sci-fi comic book, but it isn’t funny enough for that.

Byrne’s art (where you can see it through the colourists work) looks quite nice, especially some of the robots. It’s not as good as it was going to get a few years later. The final backup story is a Keif Llama story by Matt Howarth, and as usual (with his colour work at the time), it looks rather spiffy. Is he drawing directly onto the separations? It’s an interesting technique…

I did not read this comic in the 80s, because 15 year old me assumed that it would be a bit boring. That guy was so right. But I bought the issues now, just for this blog article. The things I do for my readers! I mean reader!