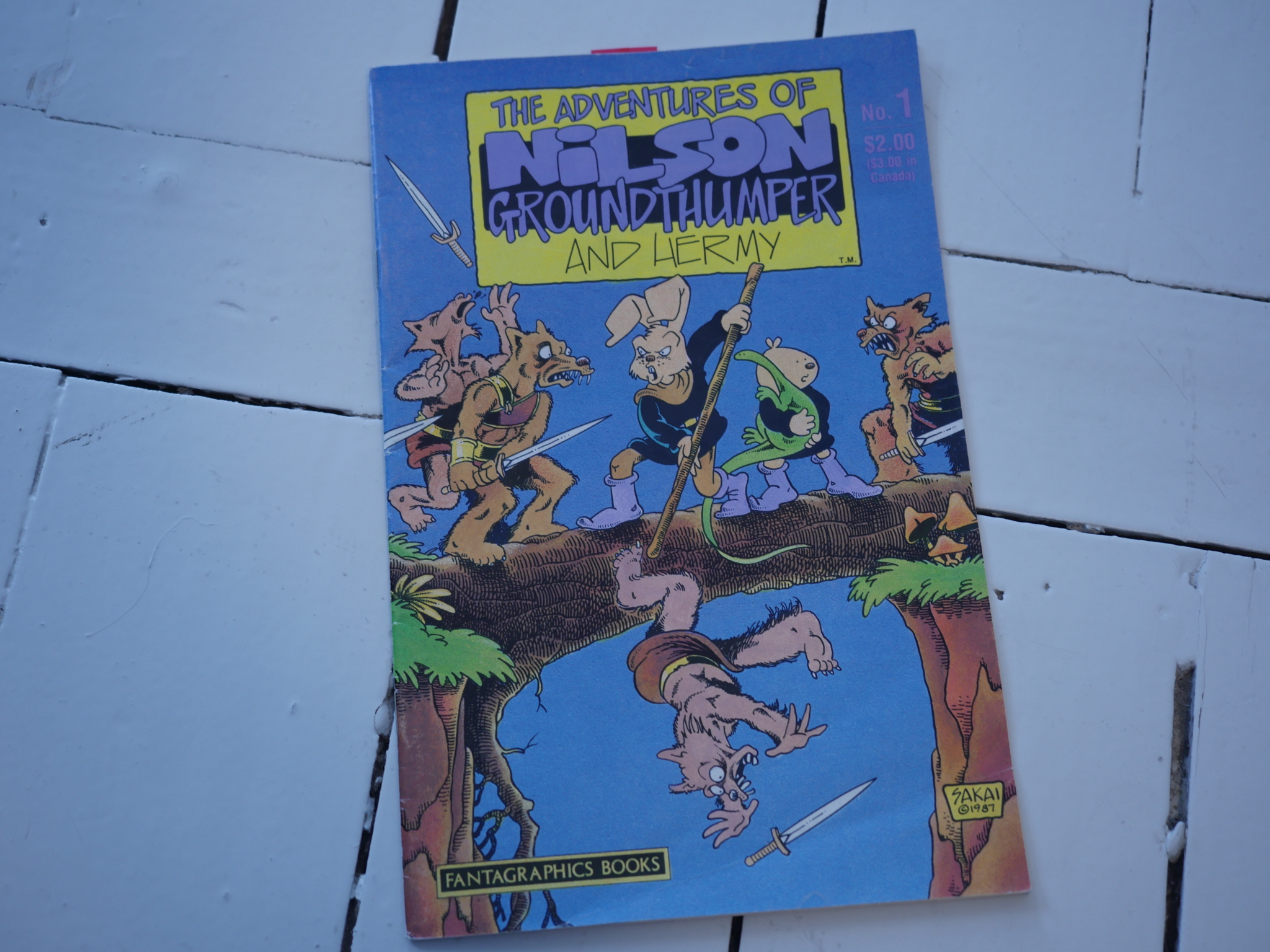 I should have covered this one in the Critters article, but I forgot.

Anyway, the series lasted only one issue, and featured Nilson Groundthumper (and Hermy), characters developed for the Critters series, I think. 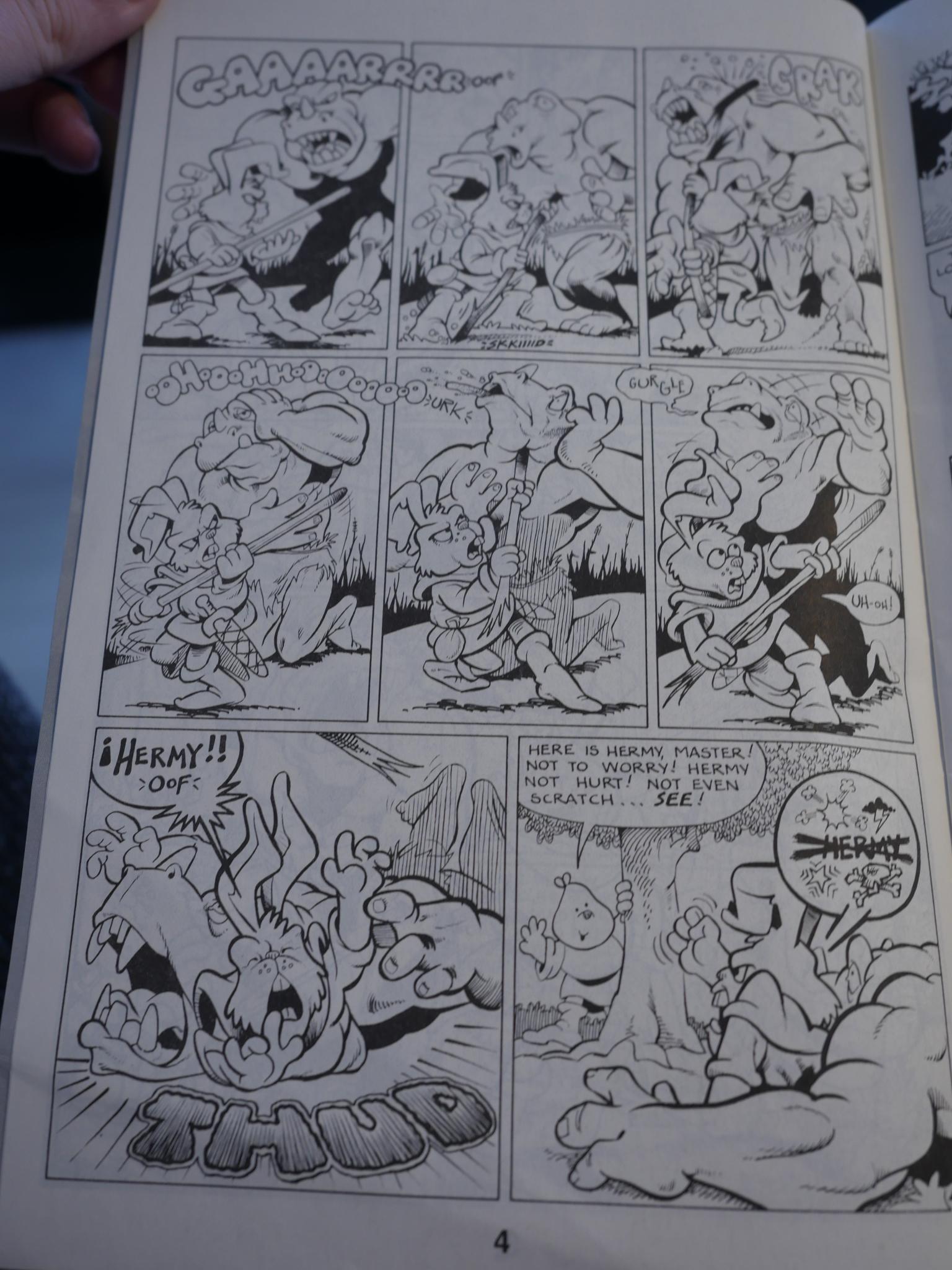 Sakai would, of course, go on to do Usagi Yojimbo (which he’s still doing), but this is very early work. It’s from 1984, and it looks quite different from Sakai’s later work. The blacks are crispier, somehow, and slightly reminds me of Ty Templeton, if you squint a bit. 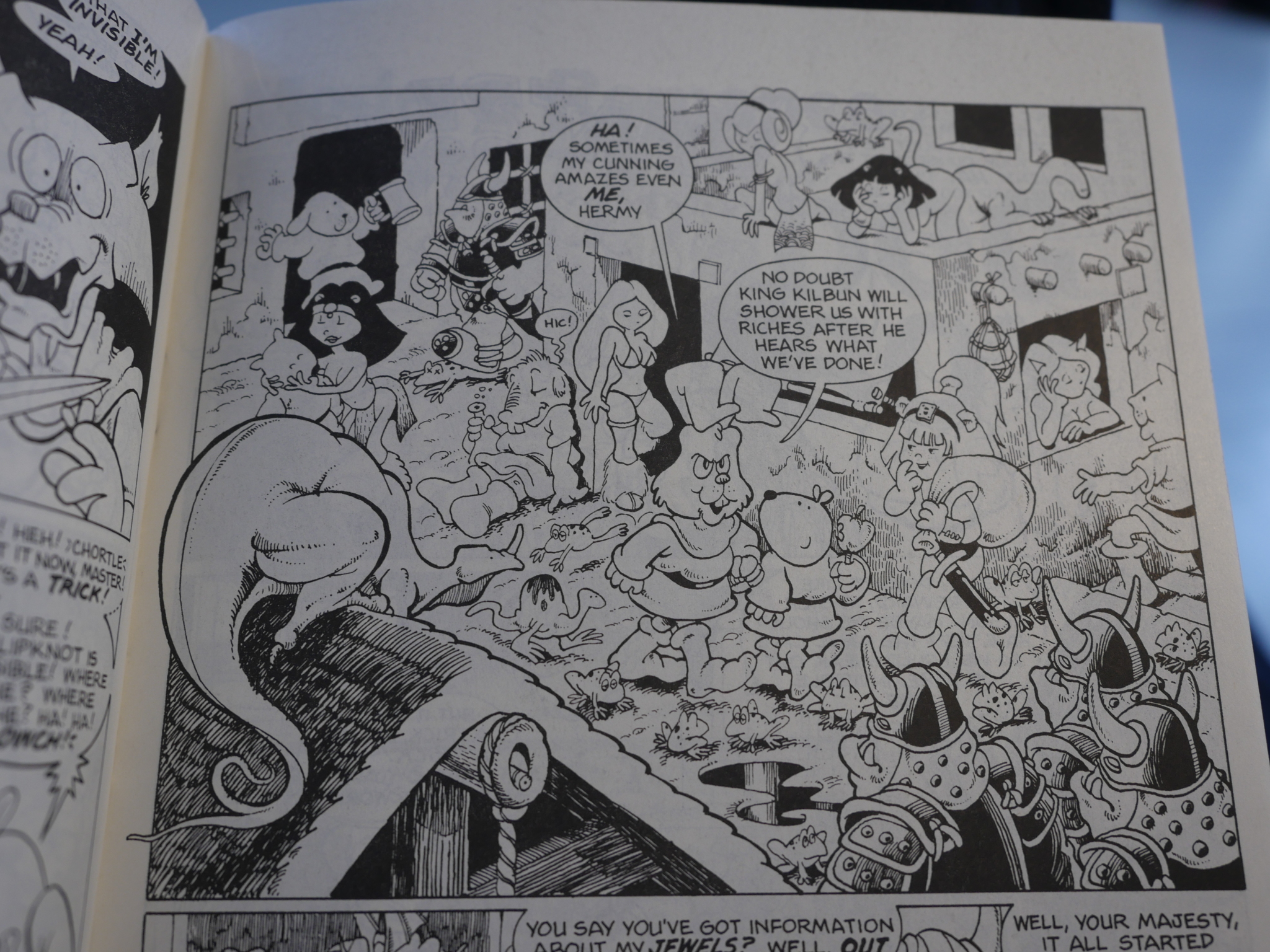 It also has these super detailed panoramas that Sakai doesn’t do any more.

Anyway, it’s a fine issue. I don’t think Sakai used these characters again much after this, which is a shame. But perhaps one floppy-eared samurai character is enough…

A 100 page collection was released by Dark Horse later, and the stories from this issues appeared there in colour versions.