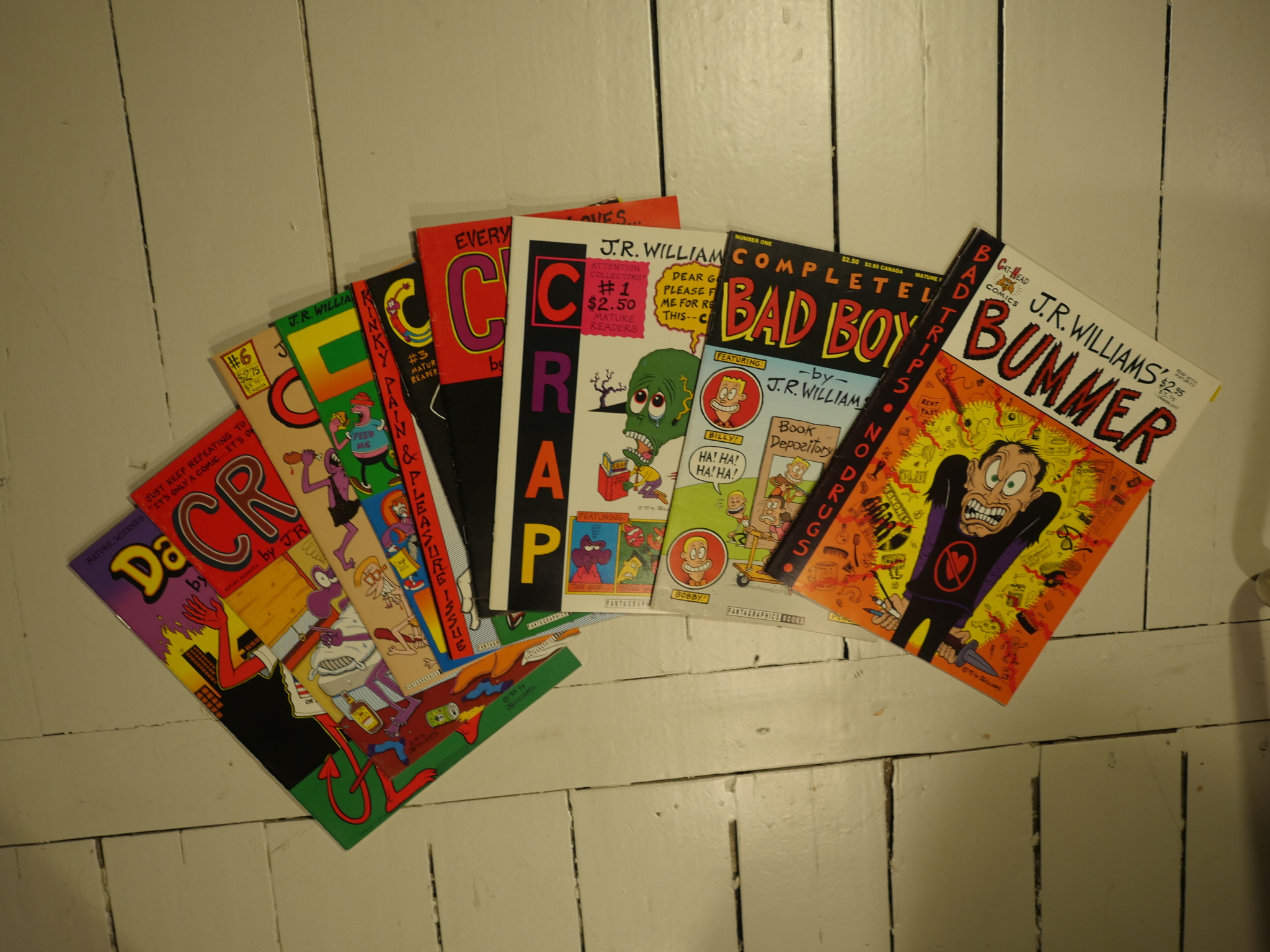 I covered Bad Comics, oh, months ago (how much further to go!!!), and should probably have done these ones at the same time, but I forgot.

So you get two J. R. Williams posts. 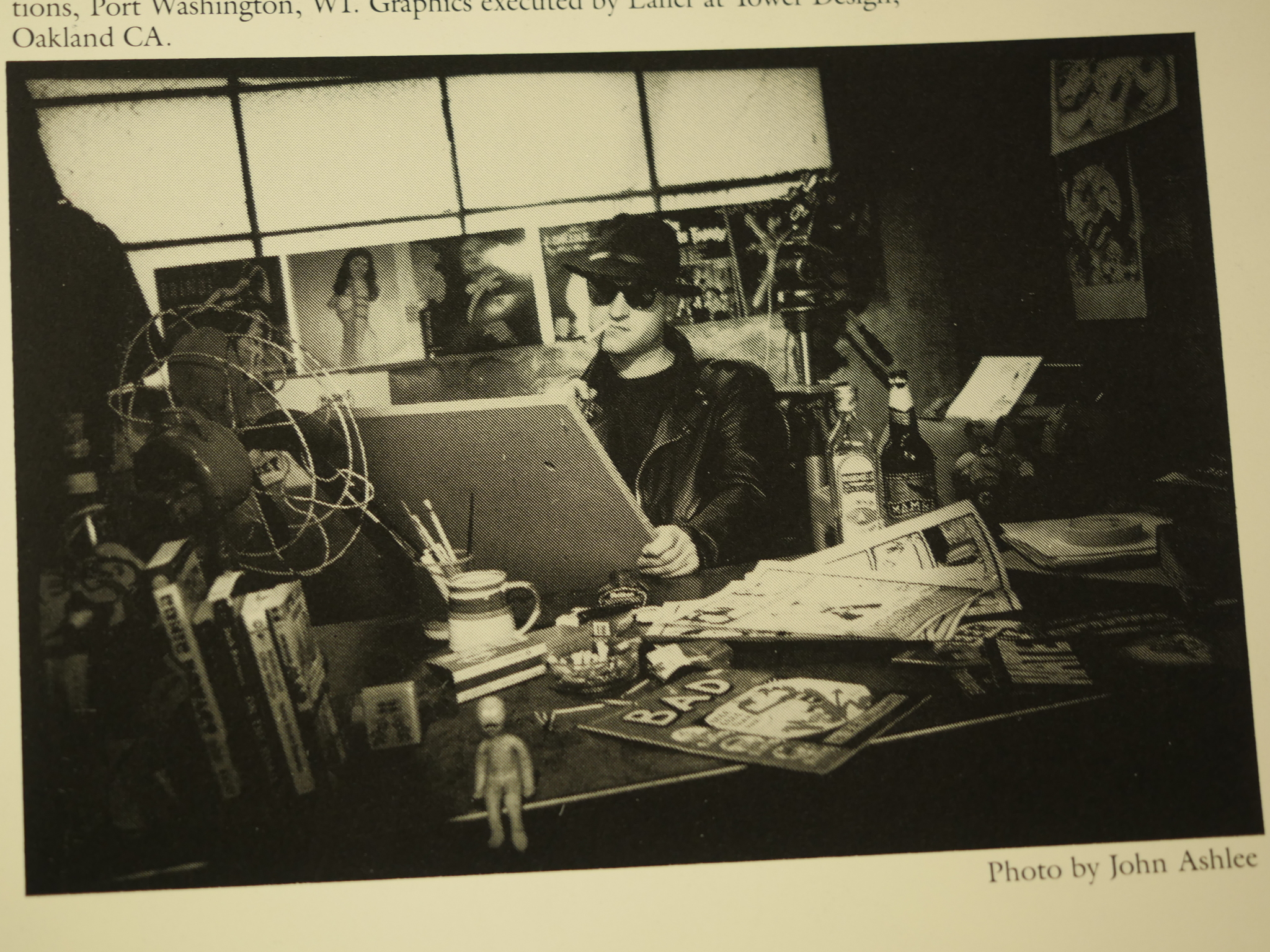 I have the Cat-Head Comics edition of Bummer (which was later reprinted by Fantagraphics, which explains its presence in this article series). I haven’t seen the reprint edition, but I hope they kept this, the most unstaged of all unstaged artist portraits. 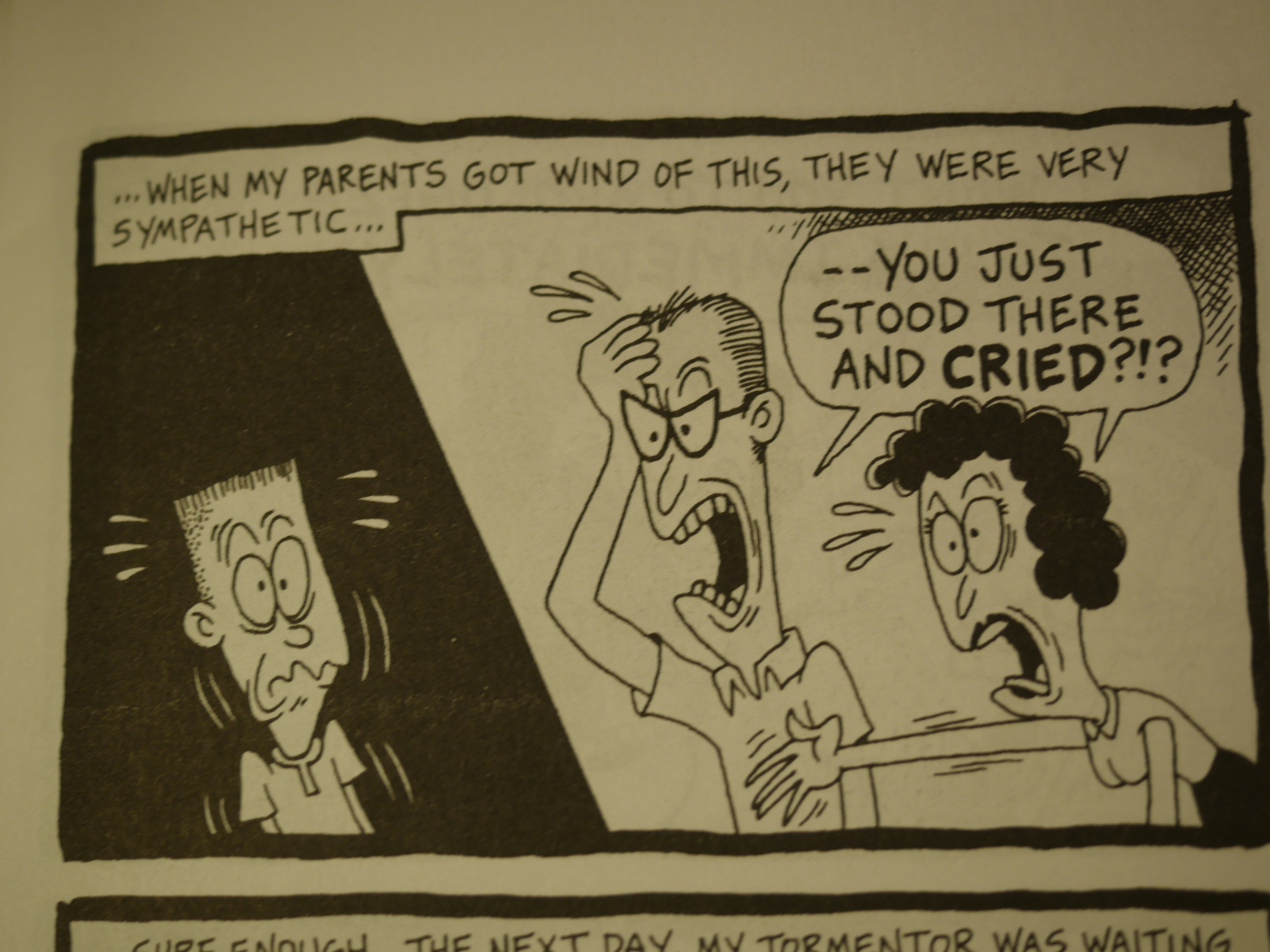 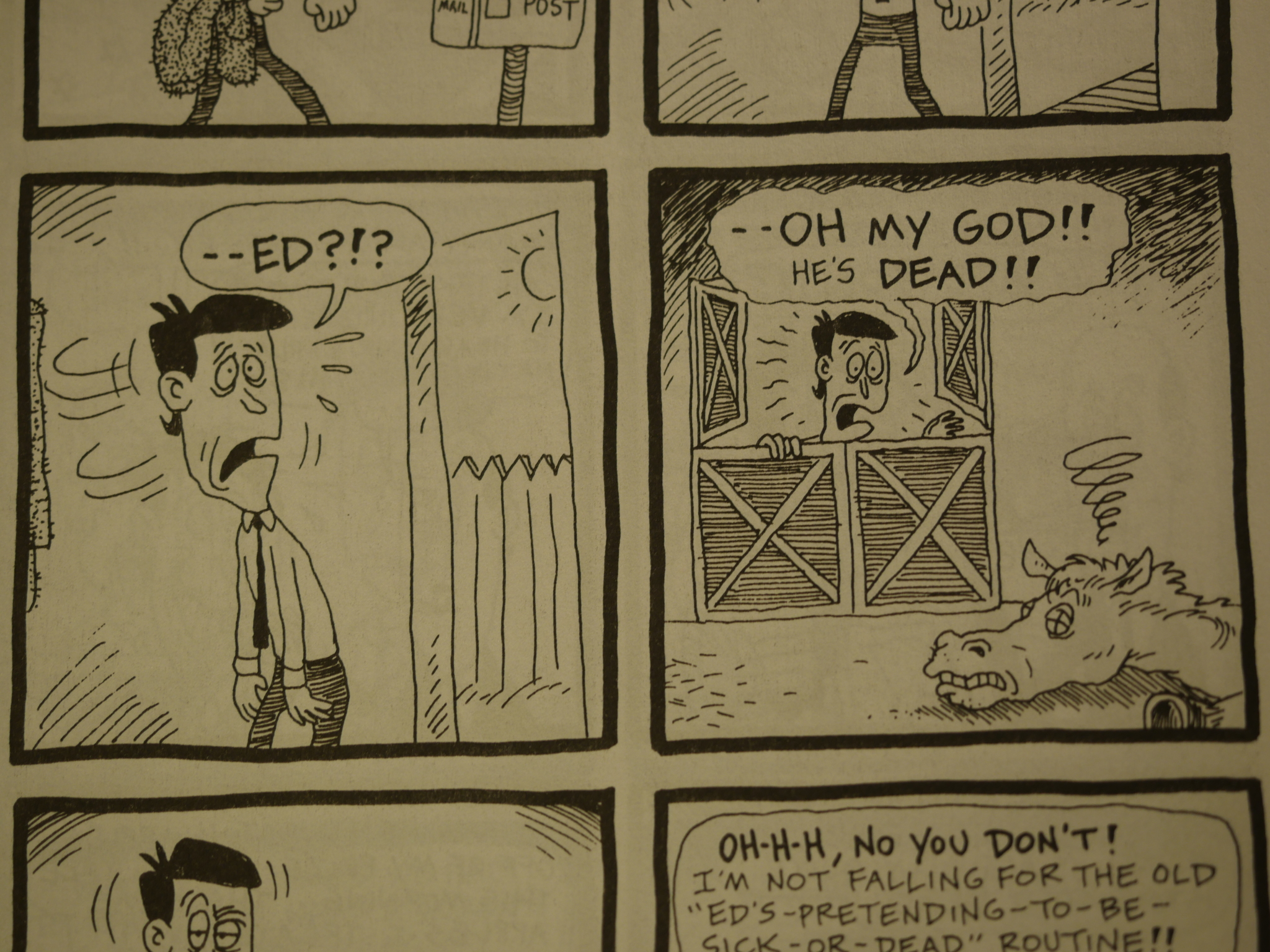 The occasional parody think is thrown in, and, as usual with Williams, I have no knowledge of whatever he’s parodying. It’s that TV show about the talking horse, right? So he’s dead. That’s probably funnier for Americans, and Americans older than me. 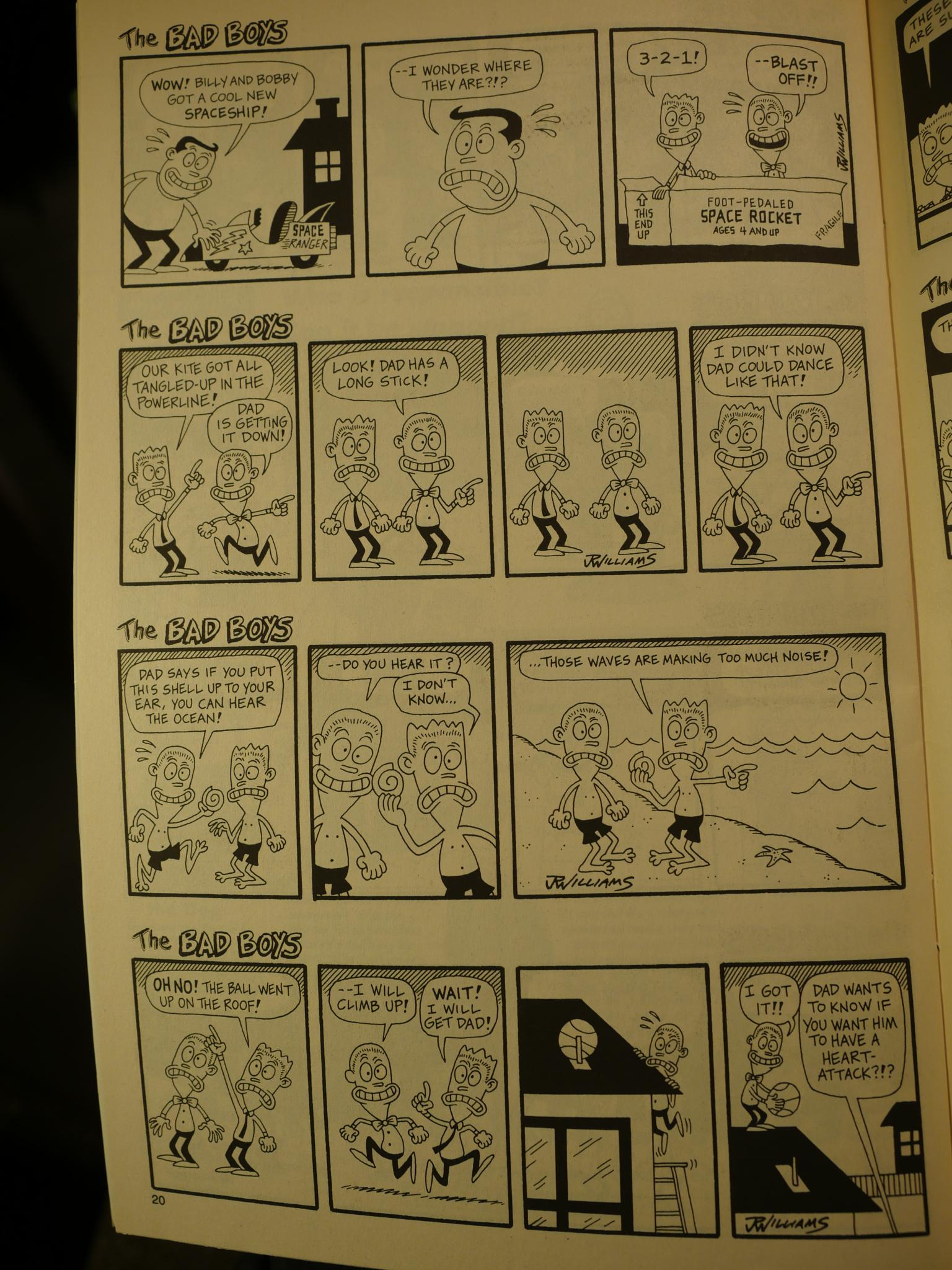 The aforementioned Bad Comics reprinted a lot of the Bad Boys pieces, which makes the name “Completely Bad Boys” slightly confusing. But included are Williams’ attempt at a daily strip version of the little psychopaths, and while some of the strips have the old spark (like the second strip here), most aren’t very… bad. I mean, they are. That seashell joke? That’s some Garfield level shit. 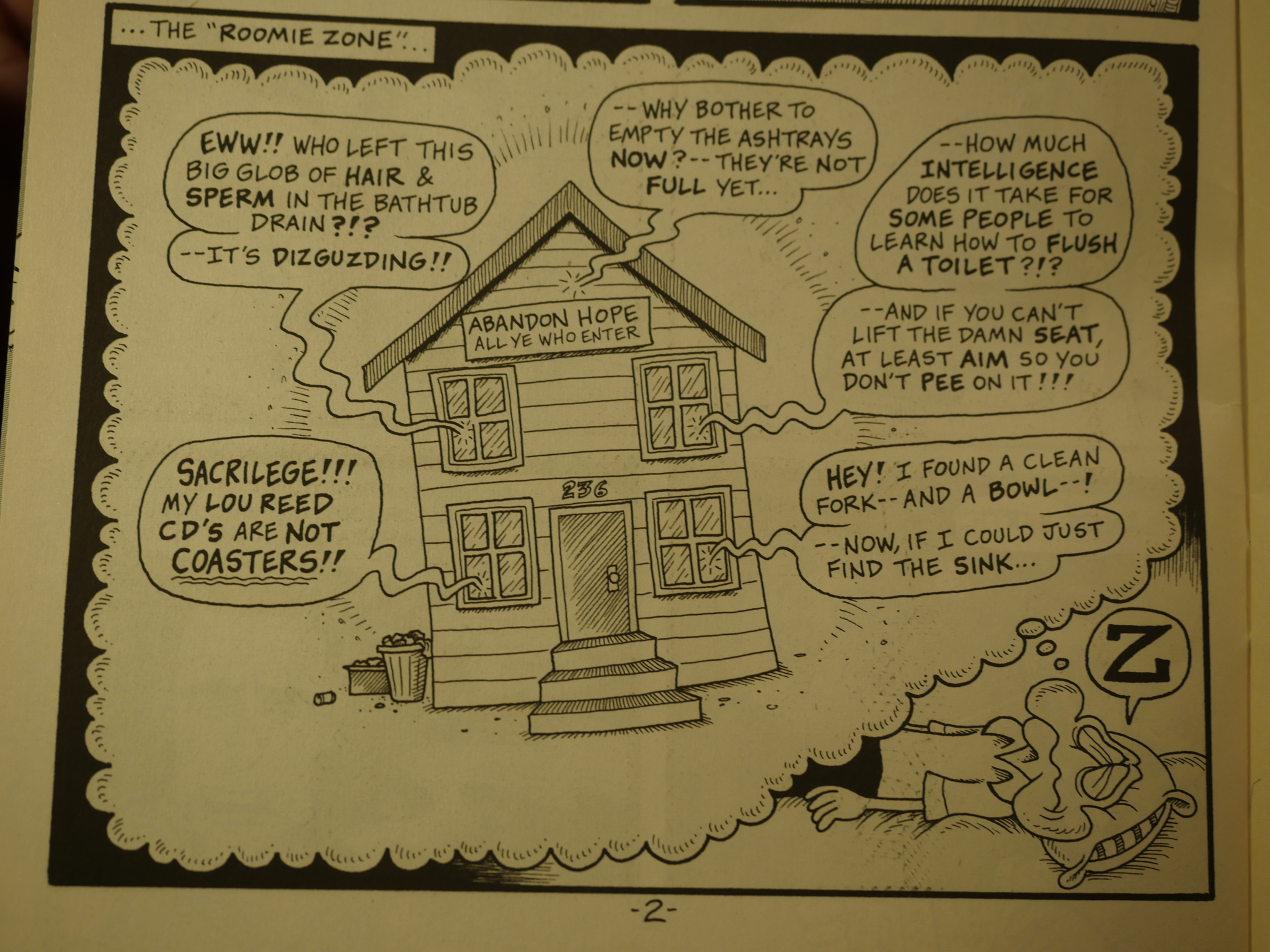 Onto Crap, Williams’ attempt at a 90s slacker 20s series. It’s about five roomies (each with the requisite separate personality), and you’re set for hi-jinx to ensue. 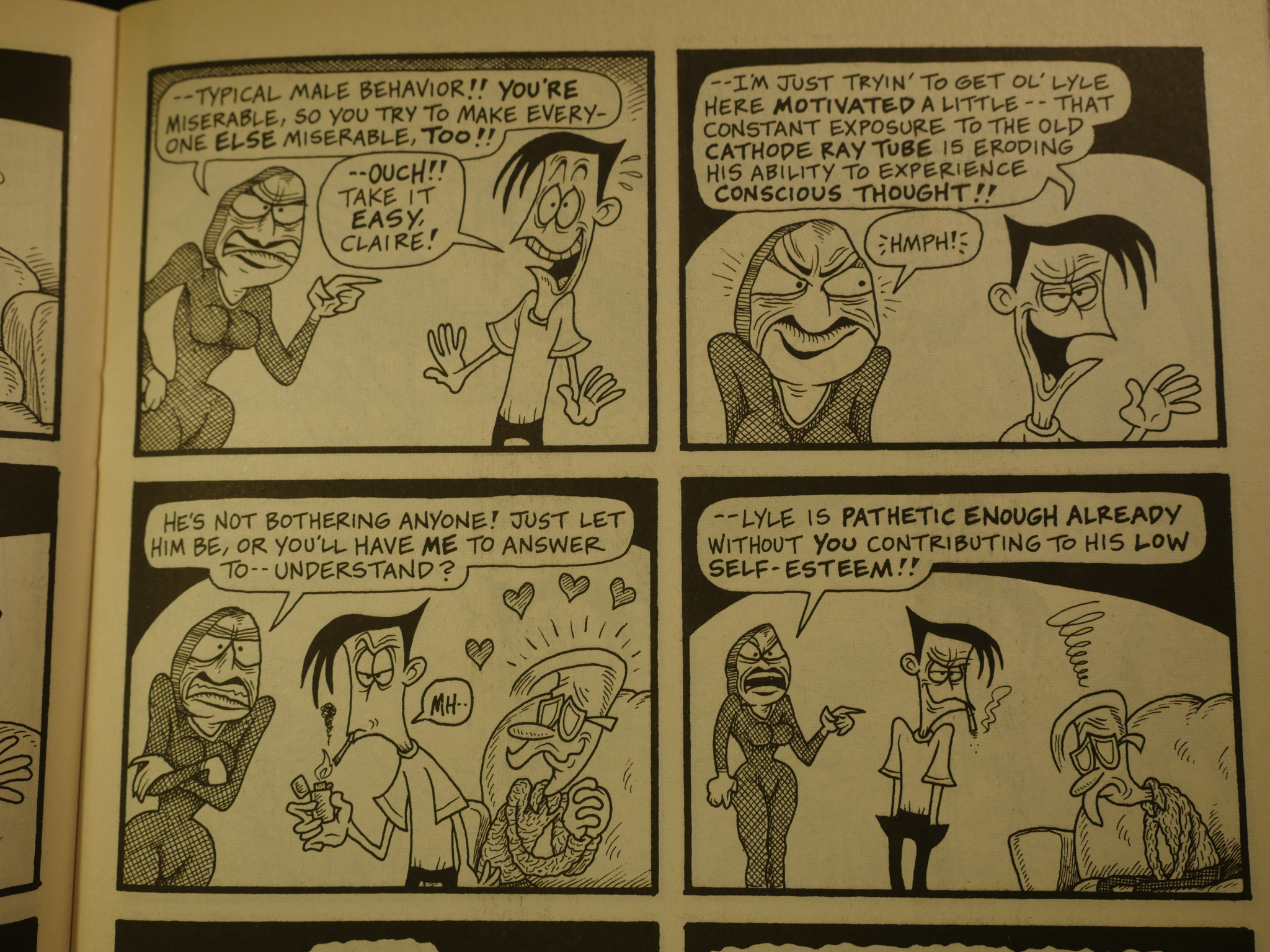 You just need somebody to sit behind you to stab the laugh machine after every other panel, and you’re there. 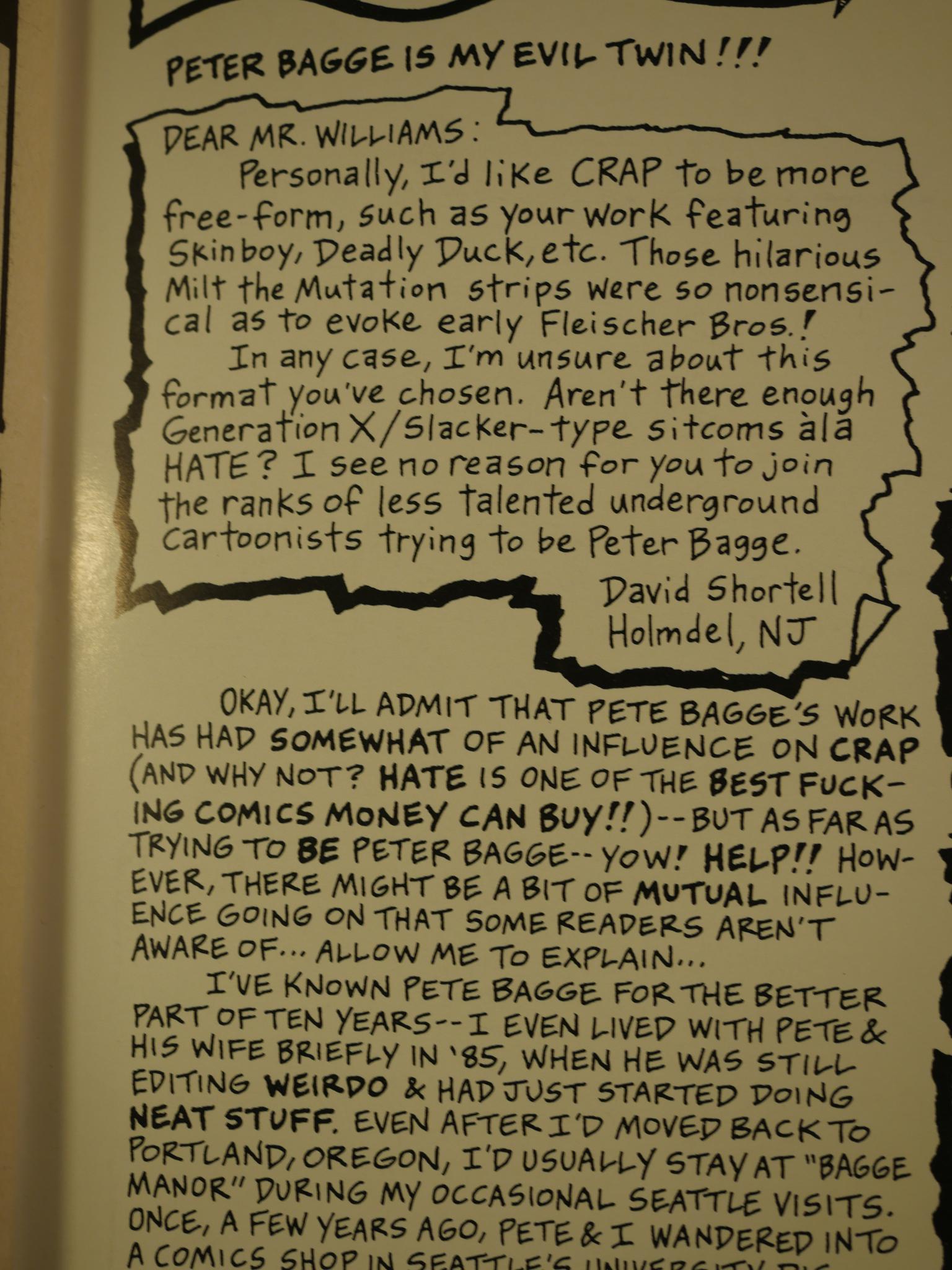 I’m not the only one to make that connection! Darn, I though I was being so free-spirited and original and everything. 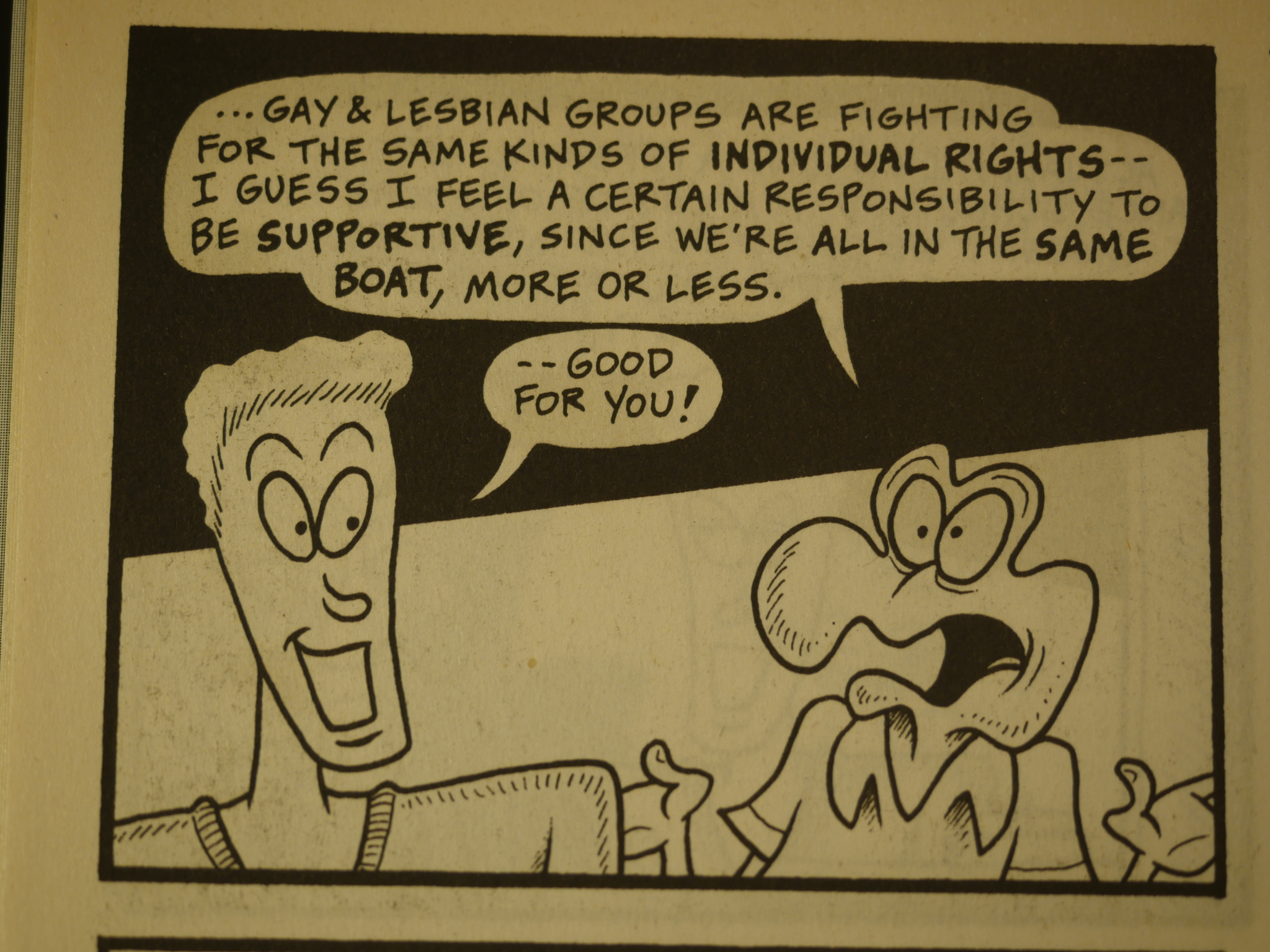 However, we were both a bit off. Instead of being a sitcom about twentysomethings, it quickly turns into a more Serious Issue Of The Week (For Twentysomethings) thing. Soon most of the standard sitcom jokes are out, and instead each issue is About An Issue, like this one about LGTBQA2 issues… 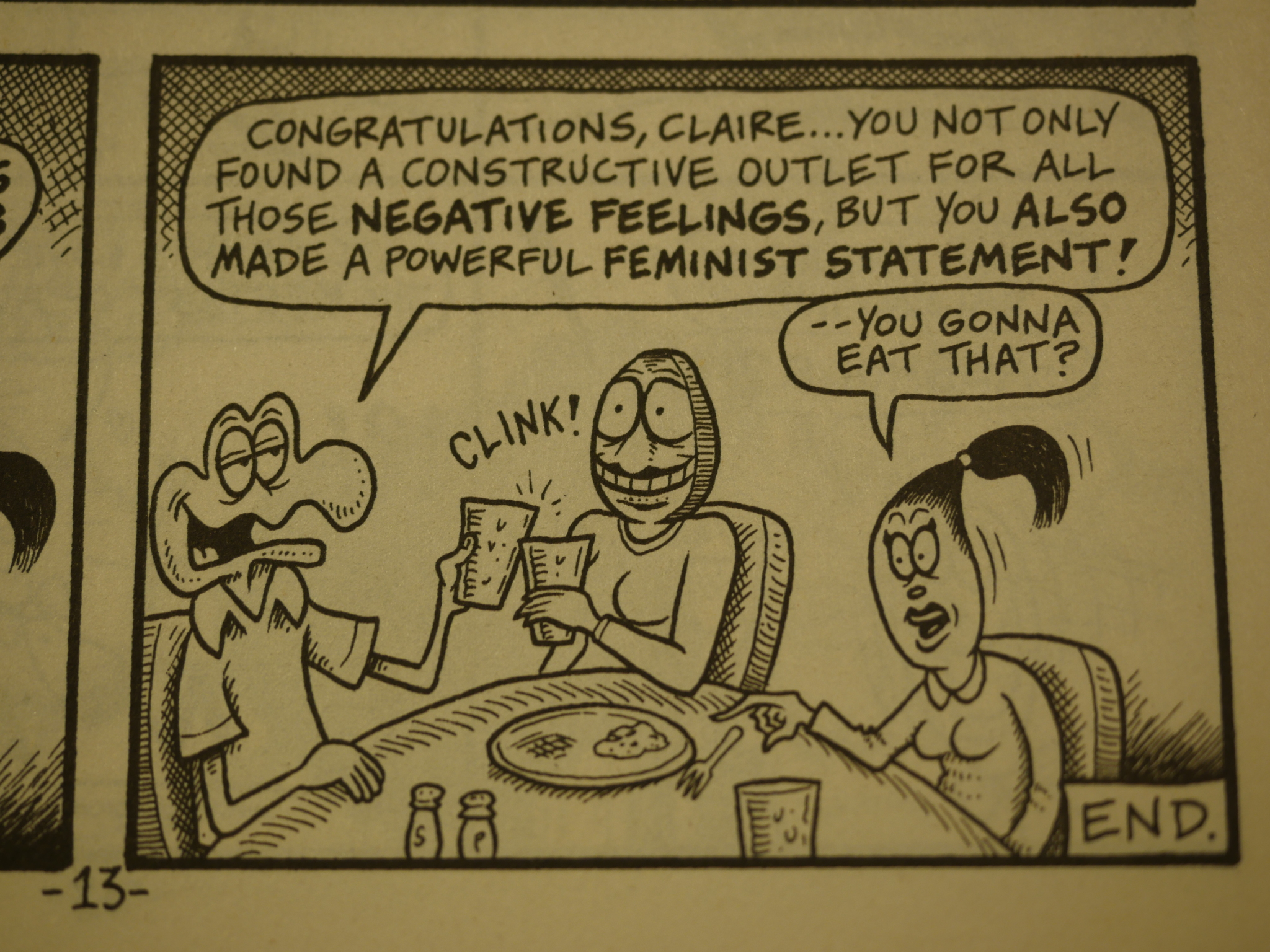 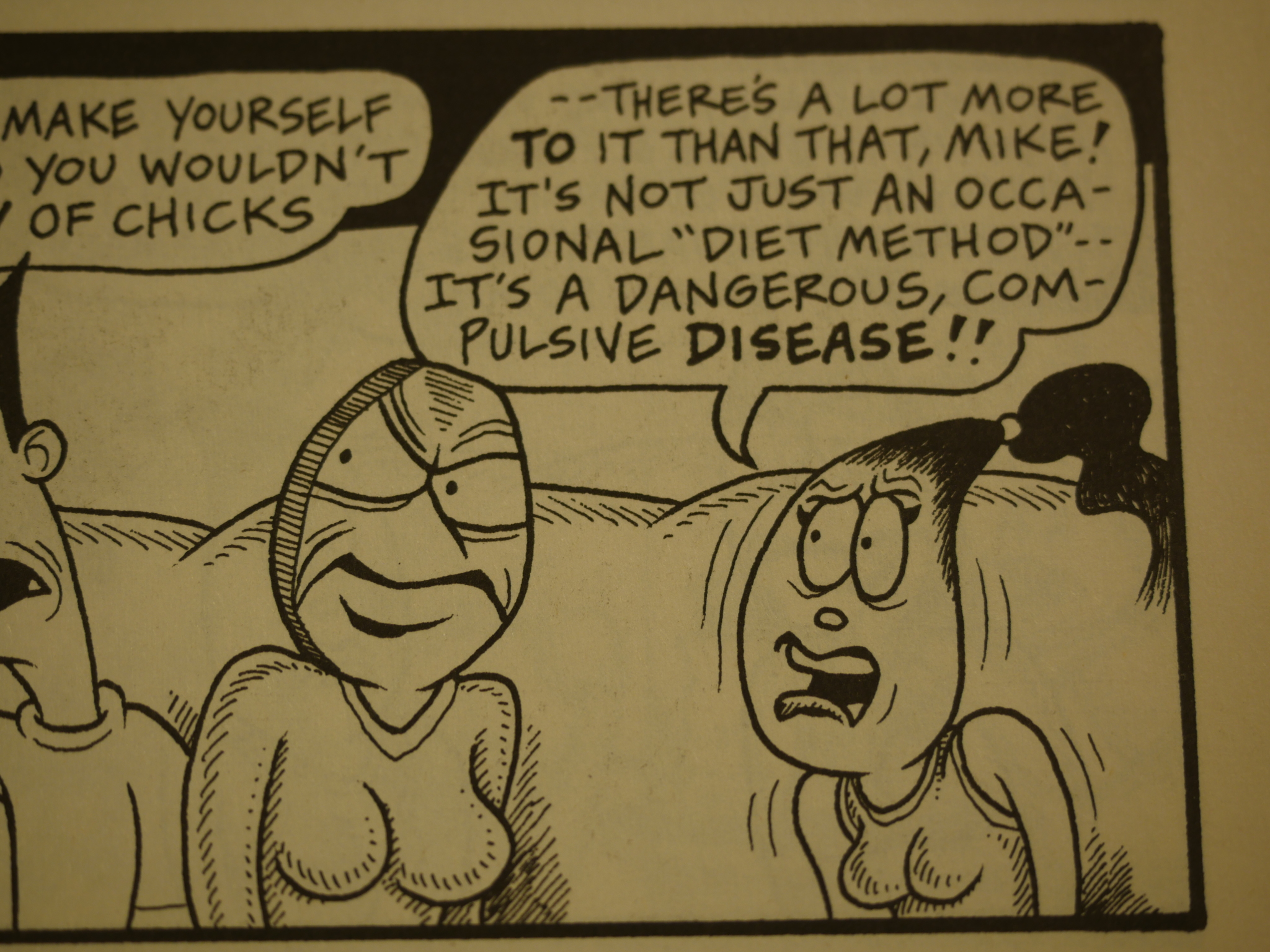 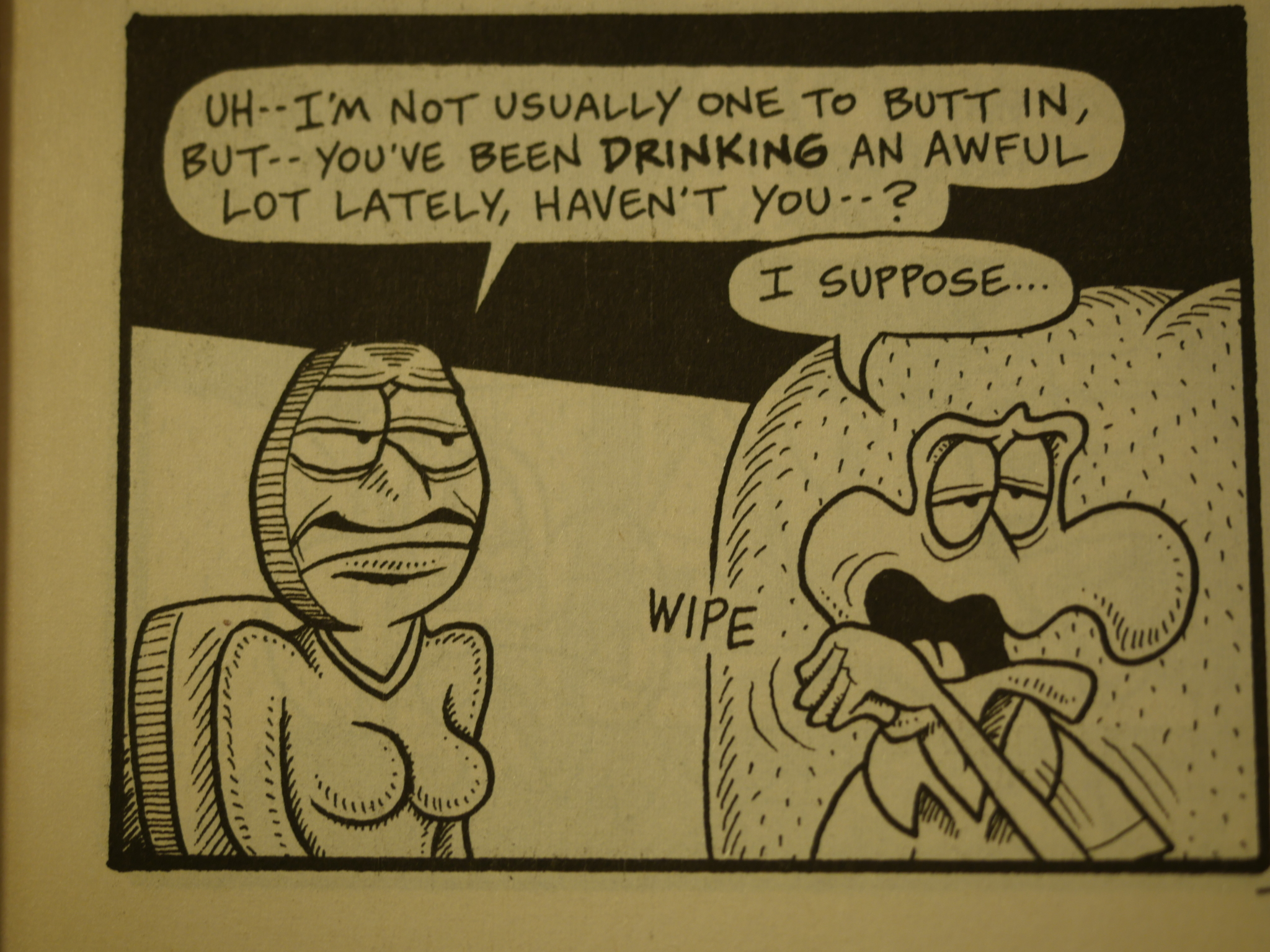 And alcoholism. It’s not that Williams handles any of these issues with anything but sensitivity, but it’s not that funny. The disconnect between the art style (which would lead anybody to think they’re going to read weird and wild stories) and the storylines is not helping at all. I mean, it’s not as if that’s inherently a bad thing: upsetting the readers’ expectations can be a powerful tool. But it doesn’t work for me here. There are more free-flowing backup stories in some of the issues, and they work better, I think. But are we supposed to laugh at the artist’s mouthpiece here for being so devoid of insight into himself, or are we supposed to share his disdain for the plebs? 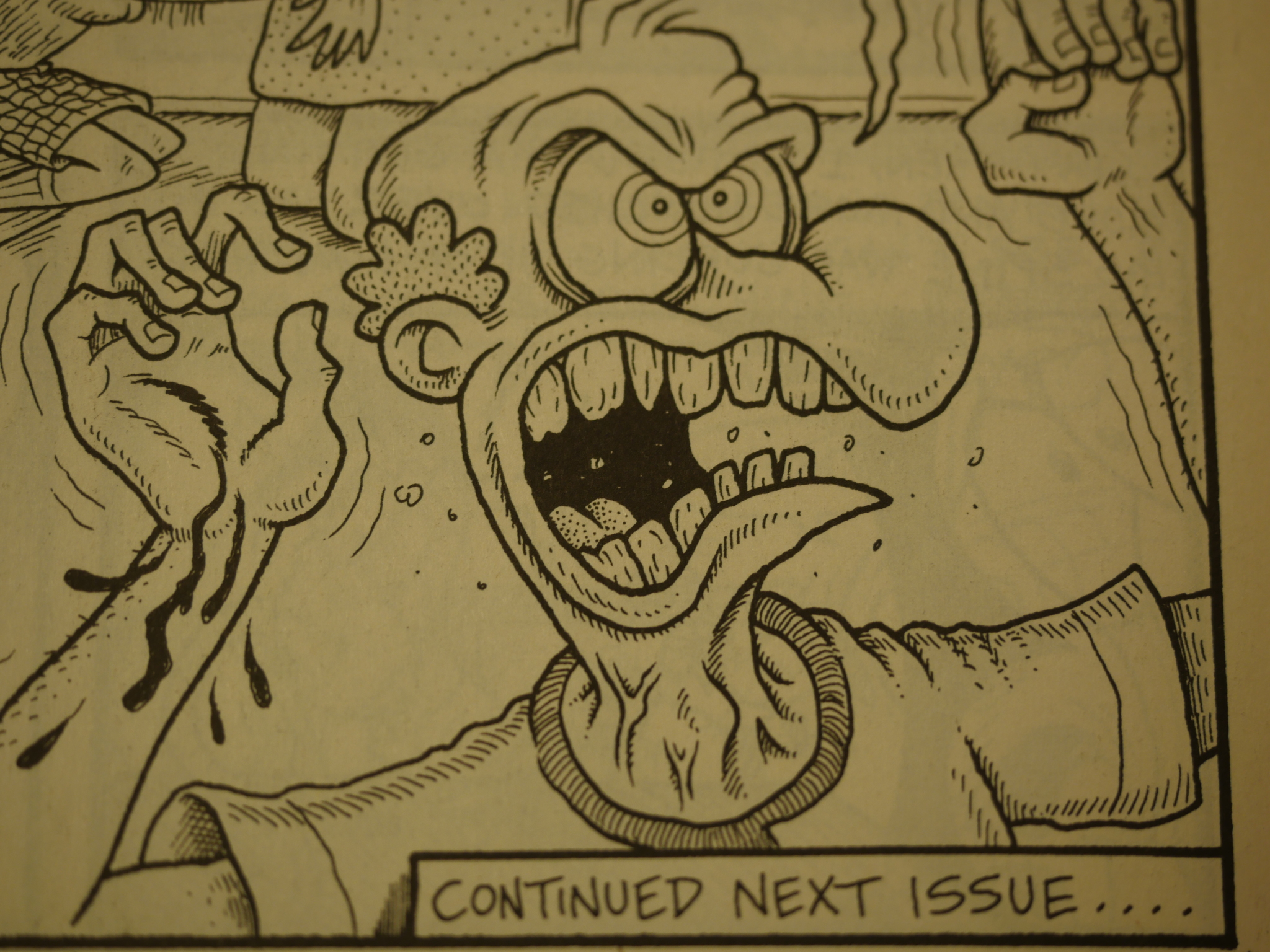 Fantagraphics announces the cancellation in the seventh issue in their normal manner: By putting a “continued next issue” label in somewhere. 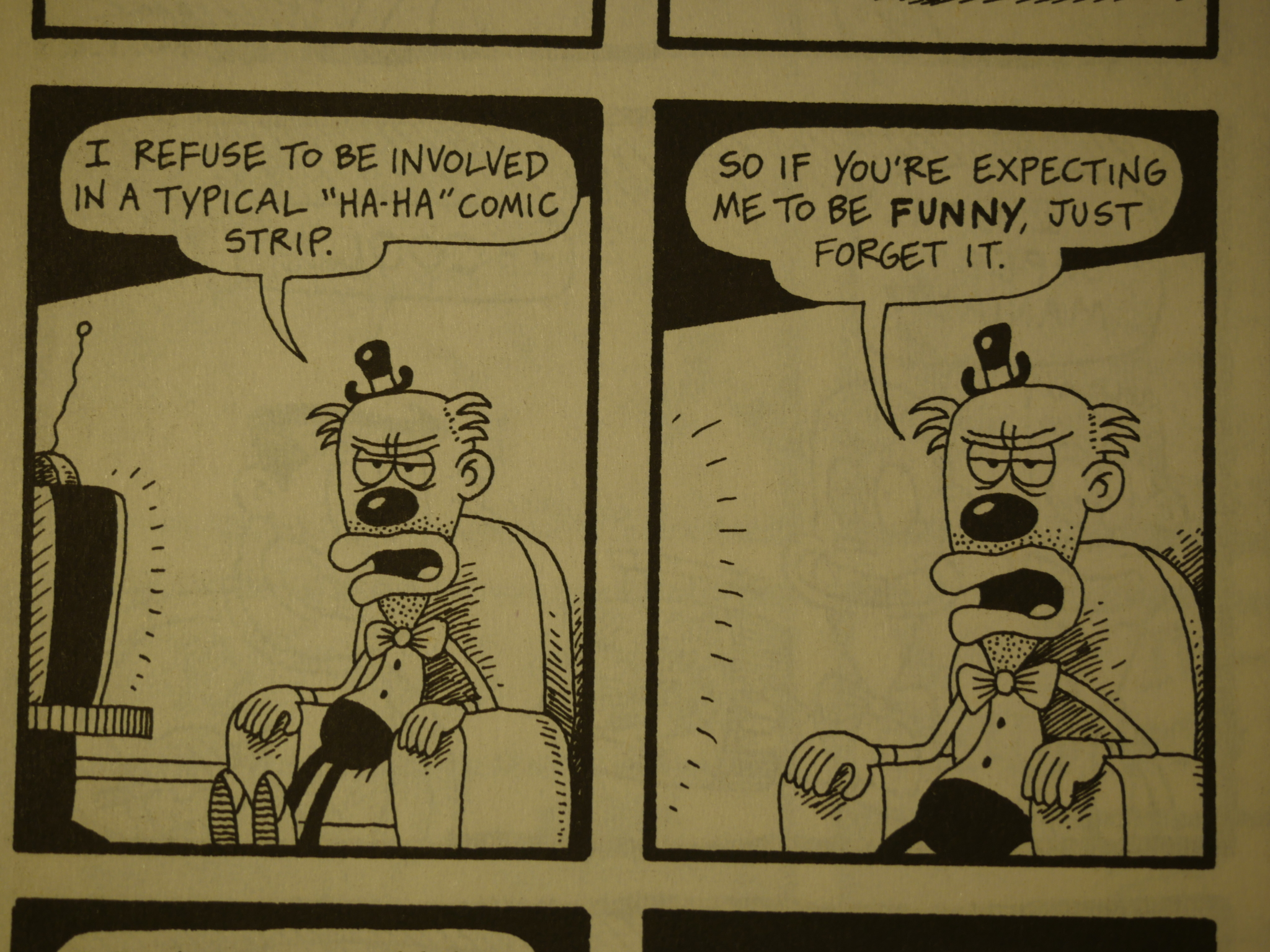 Williams apparently stopped doing comics, but continued to work in animation. He’s now a painter, according to Wikipedia and his blog.