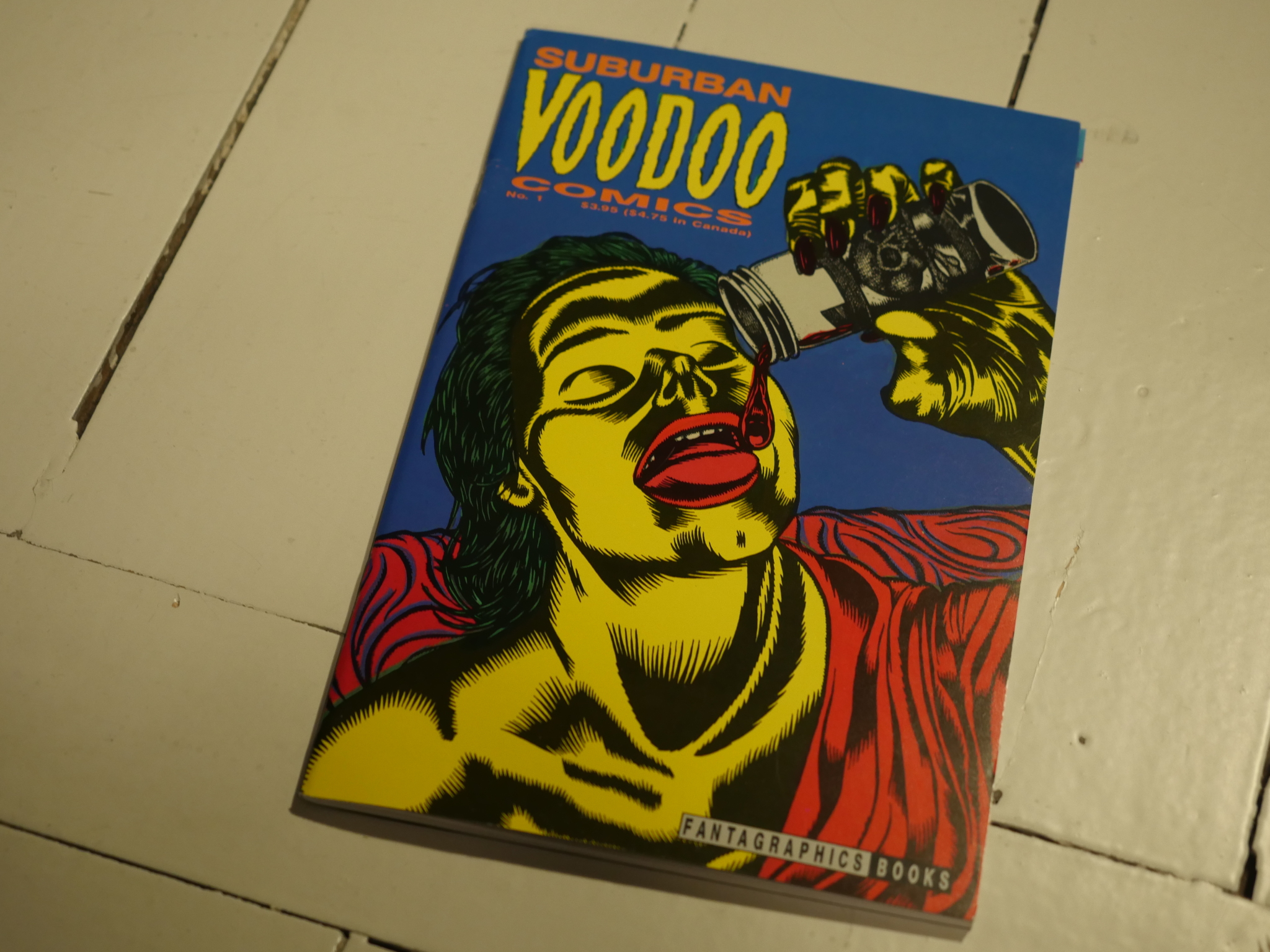 This is a 48 page one-shot (edited by Robert Boyd) with three stories that all seem like they might be autobiographical. 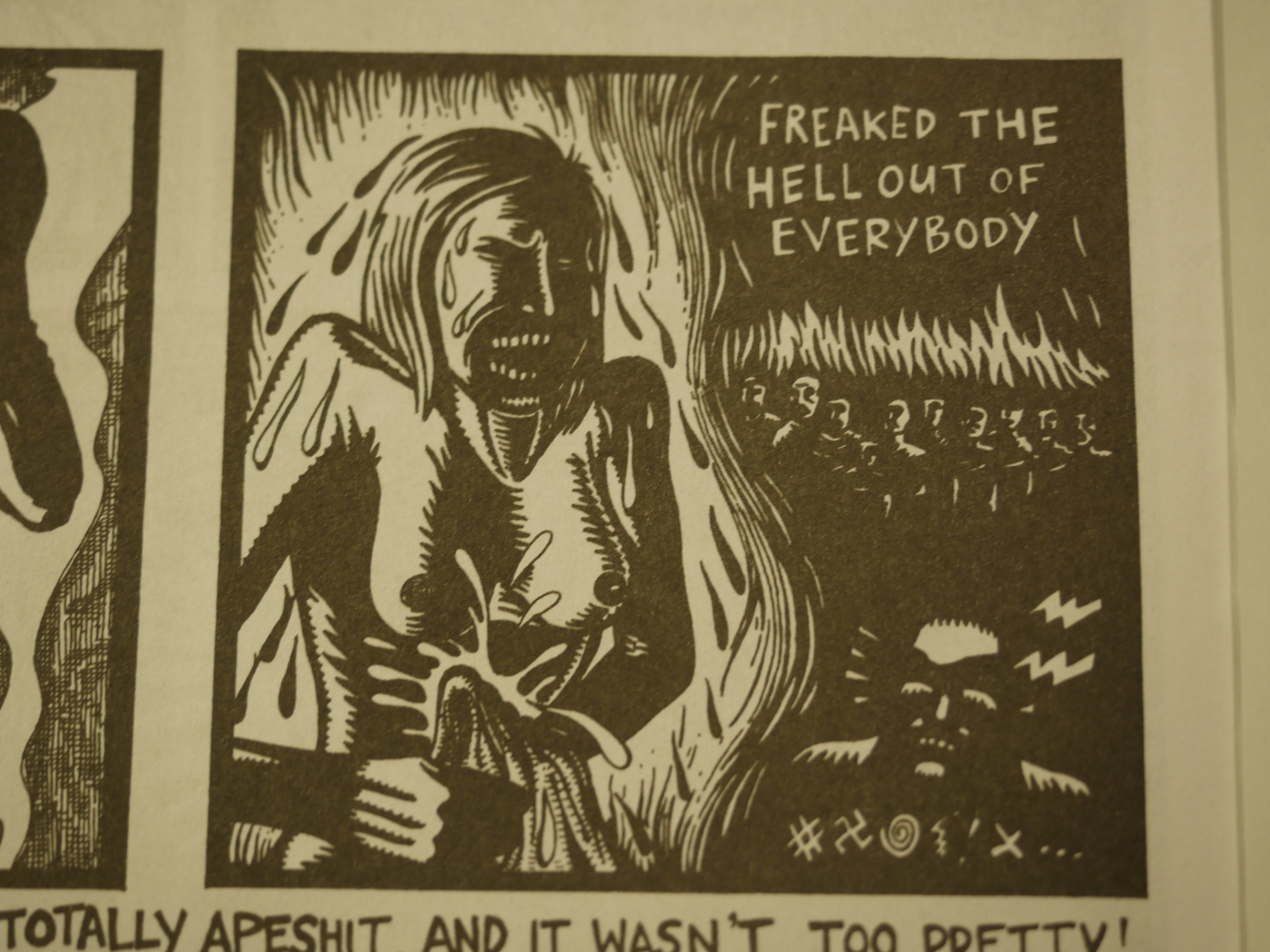 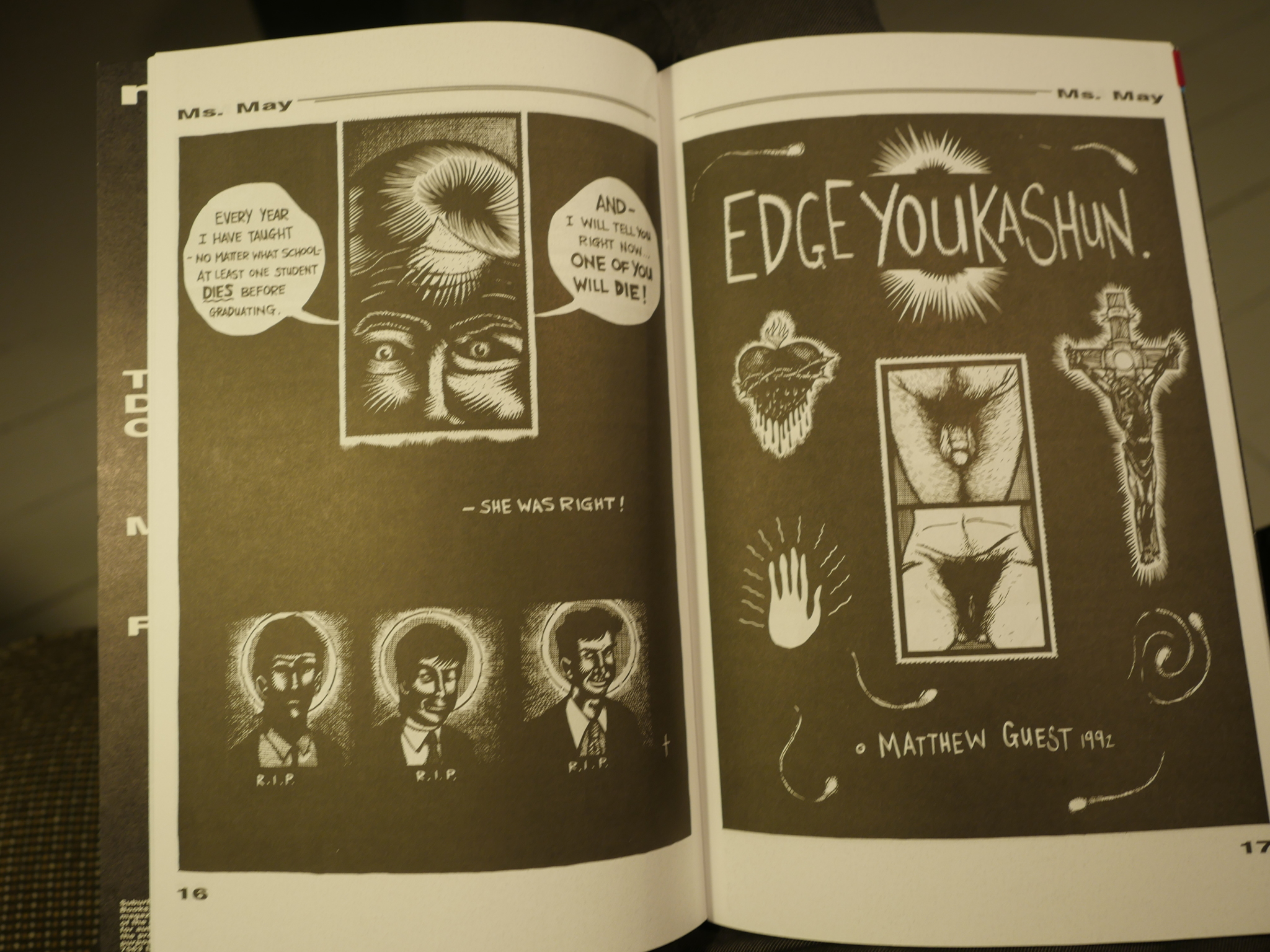 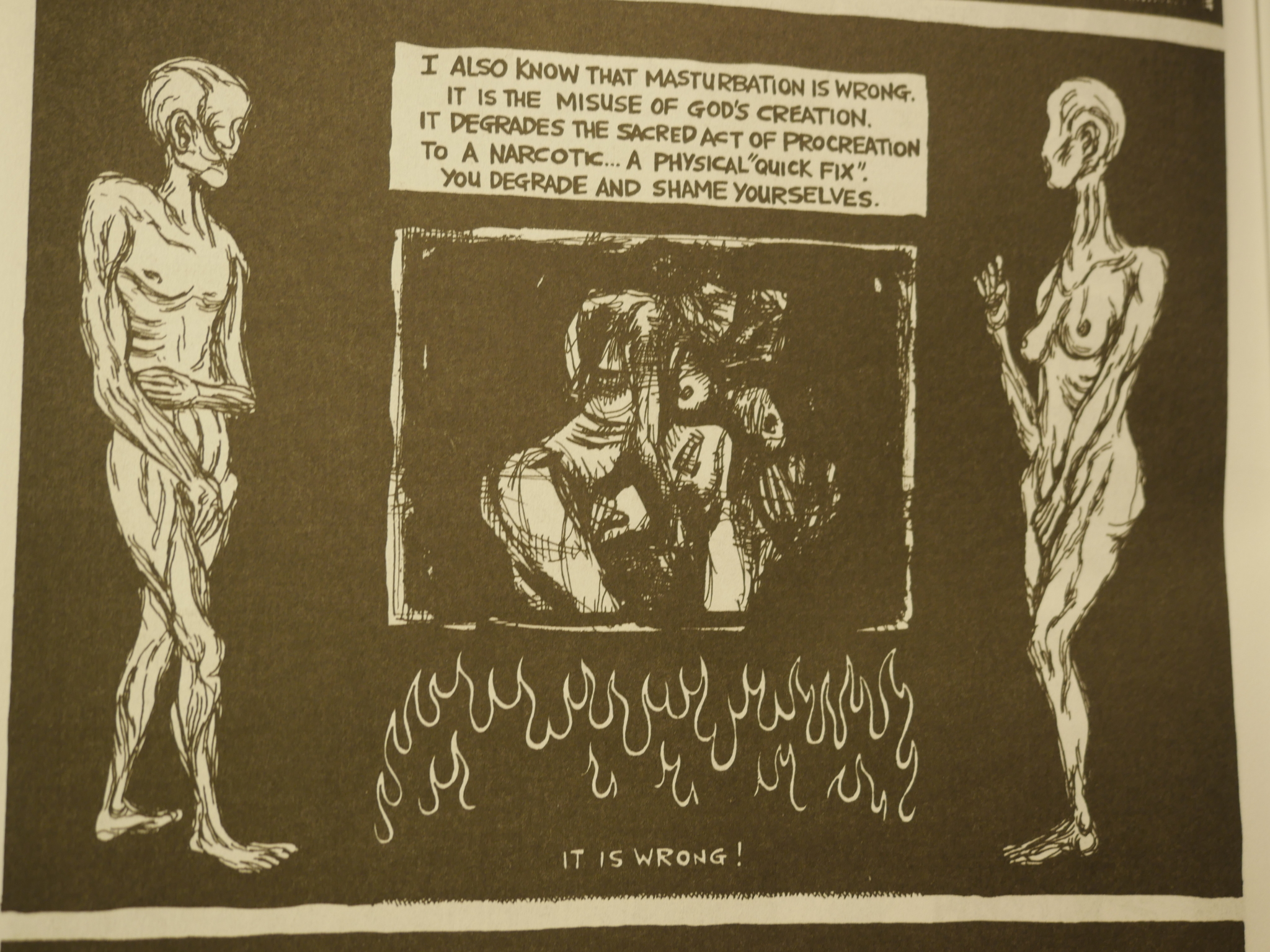 The artwork is rather appealing, but I can’t help wonder whether something has gone wrong in the printing process. I get the feeling that there’s supposed to be many more of those small white lines that may suffer from ink gain. 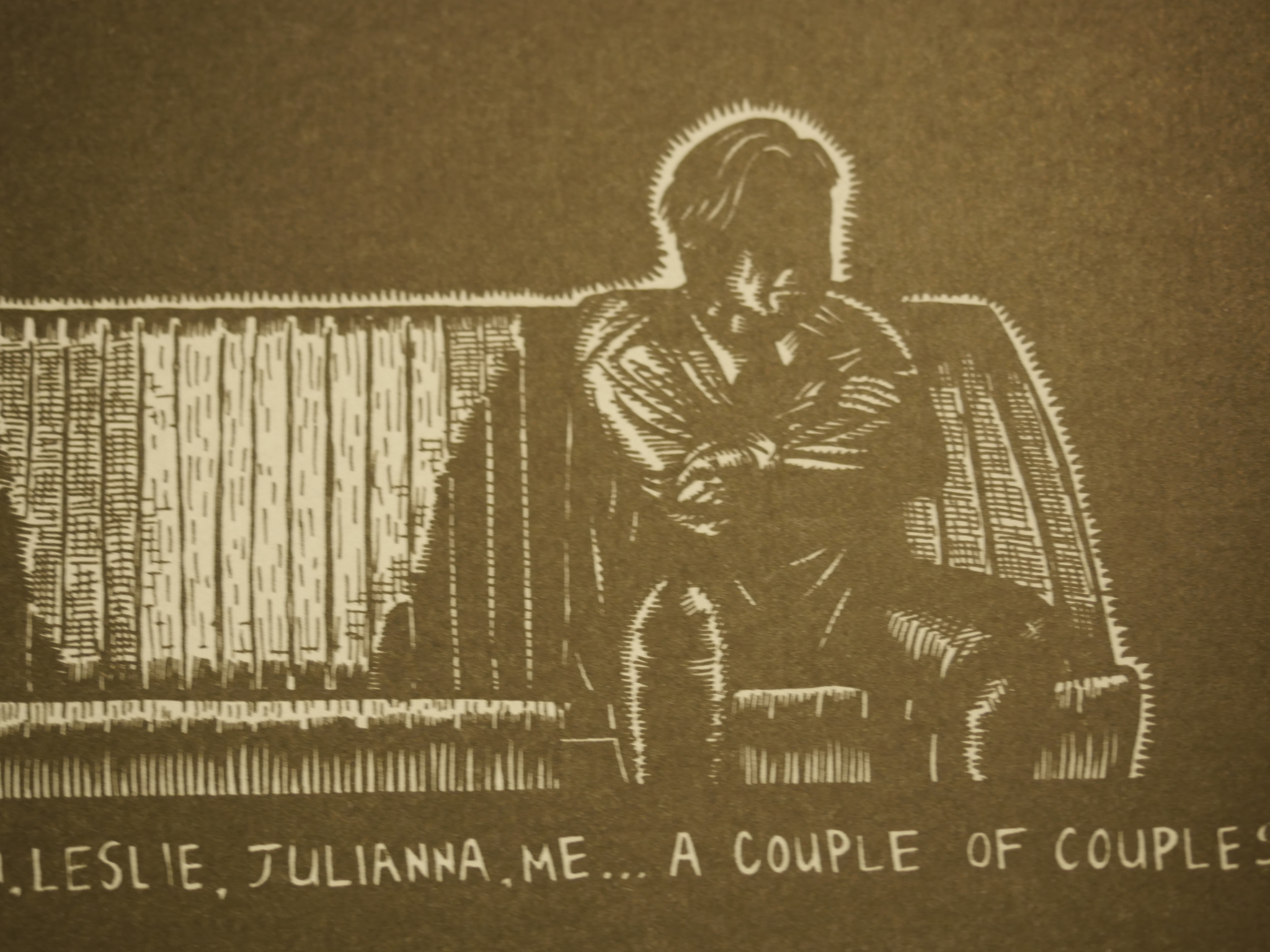 If even the lettering has had that much ink fill-in, then perhaps that guy was supposed to have a face? I don’t know? It looks very, er, brutal the way it’s now, at least.

After Googling a bit, it doesn’t seem like Matthew Guest published any further comics, but he may be an art professor now, if that’s the same guy.