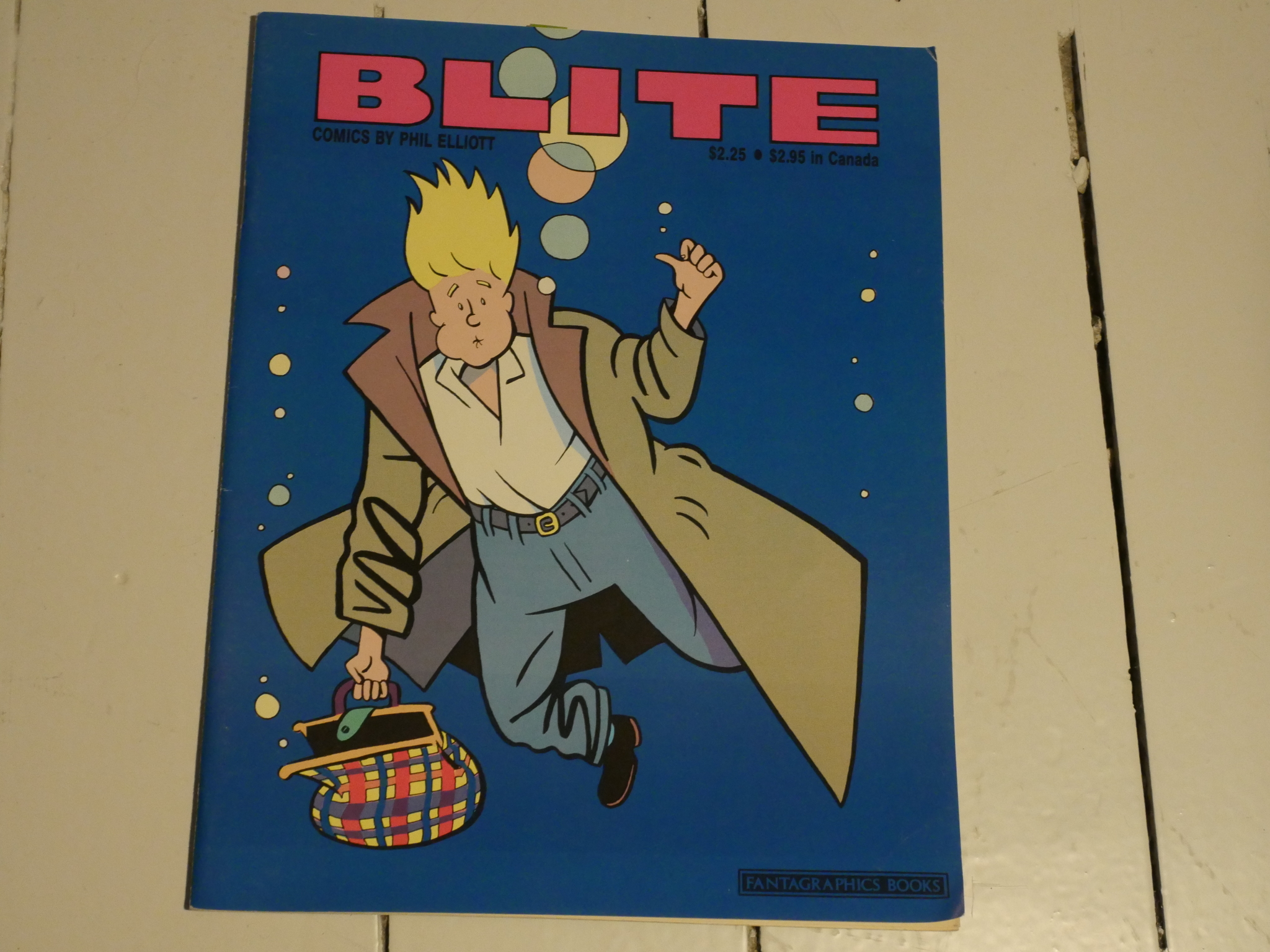 Phil Elliott is part of that British Fast Fiction/Escape generation, but has perhaps had less published in the US than others in that crowd… 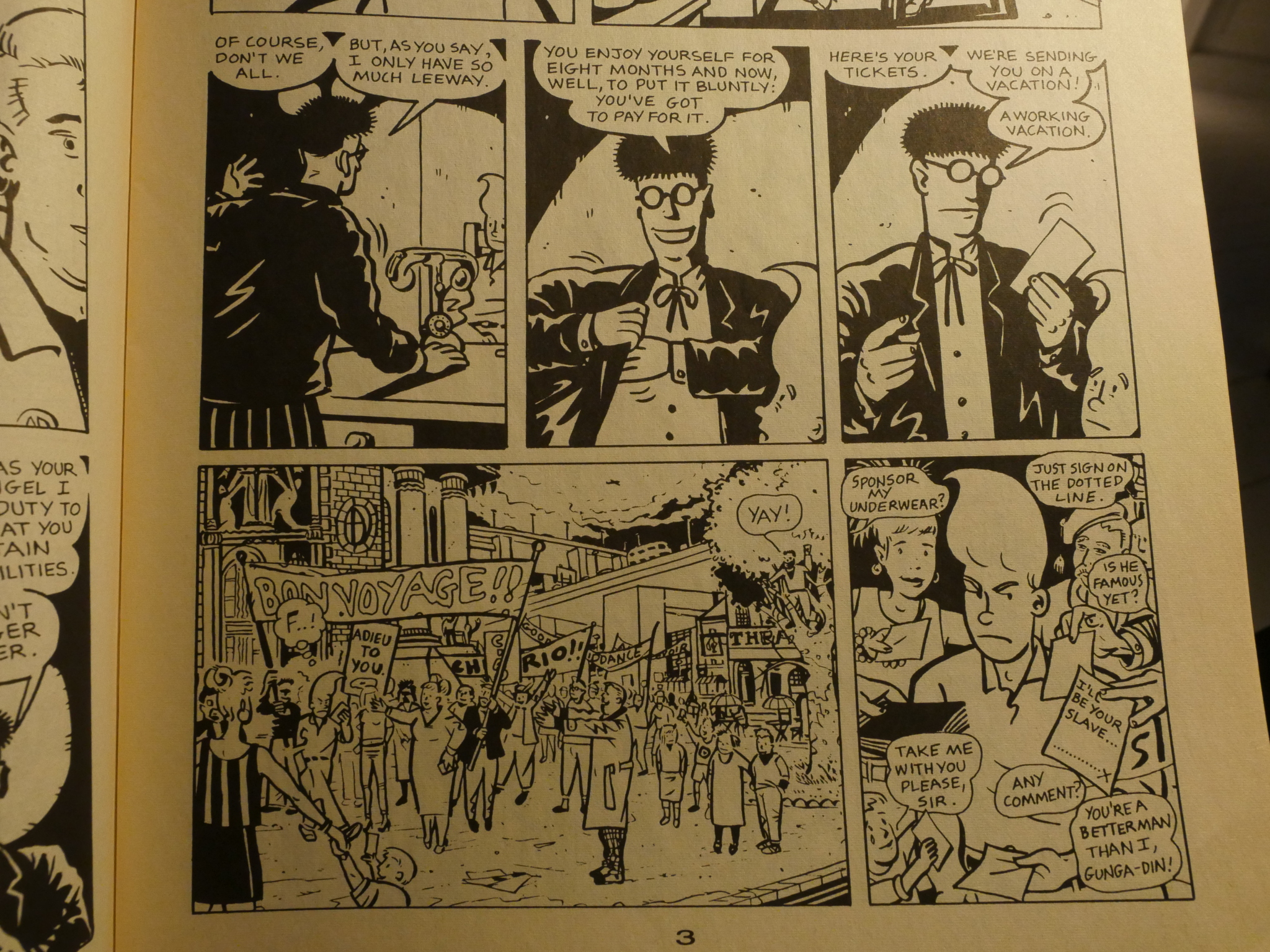 It’s a collection of shorter stories mostly featuring the “Gimbley” character. I think you could describe them as having a sort dream logic, but what strikes me after reading these stories again is that they seem to have more of a drunk logic. 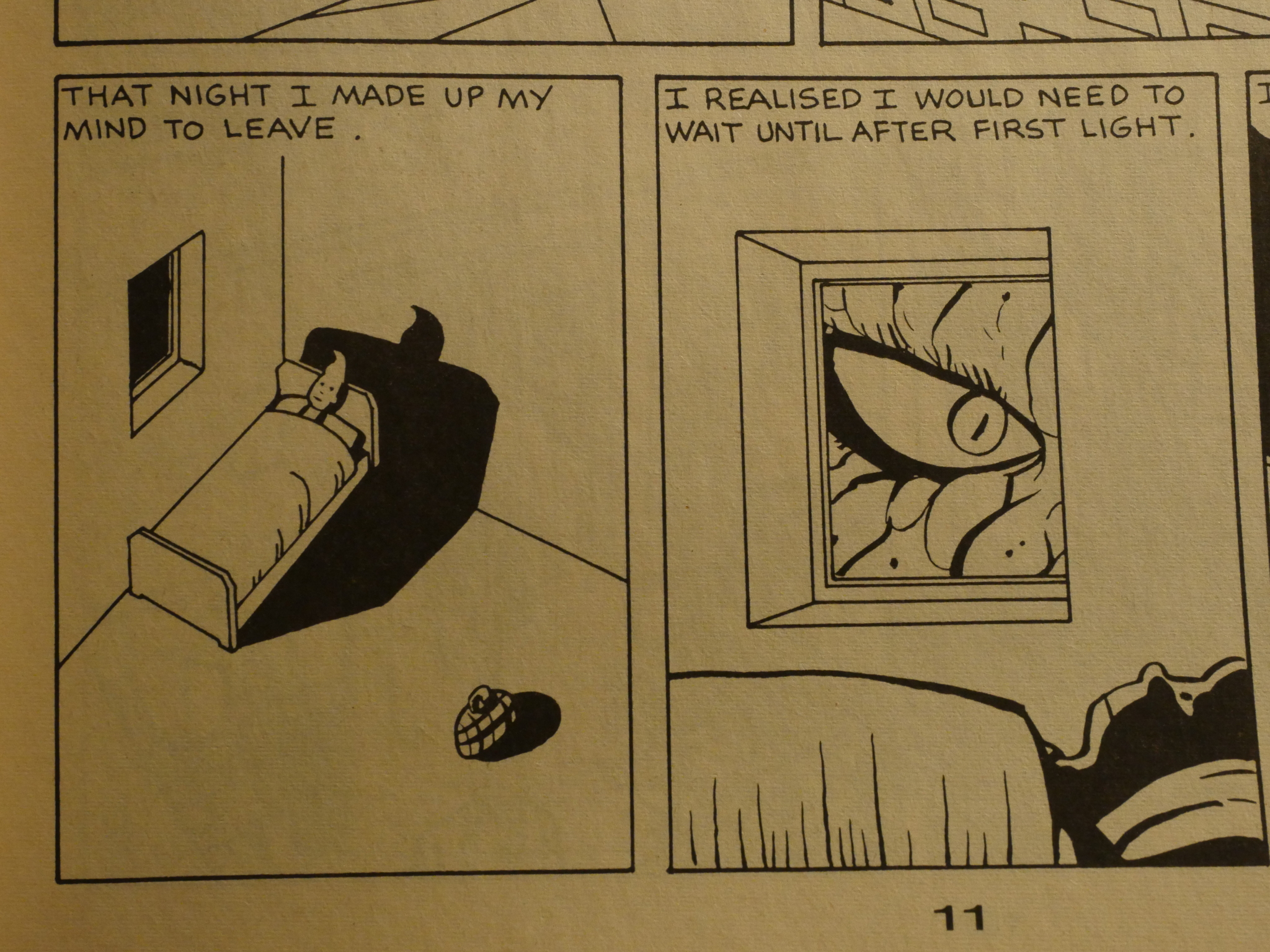 And not always a very happy drunk. 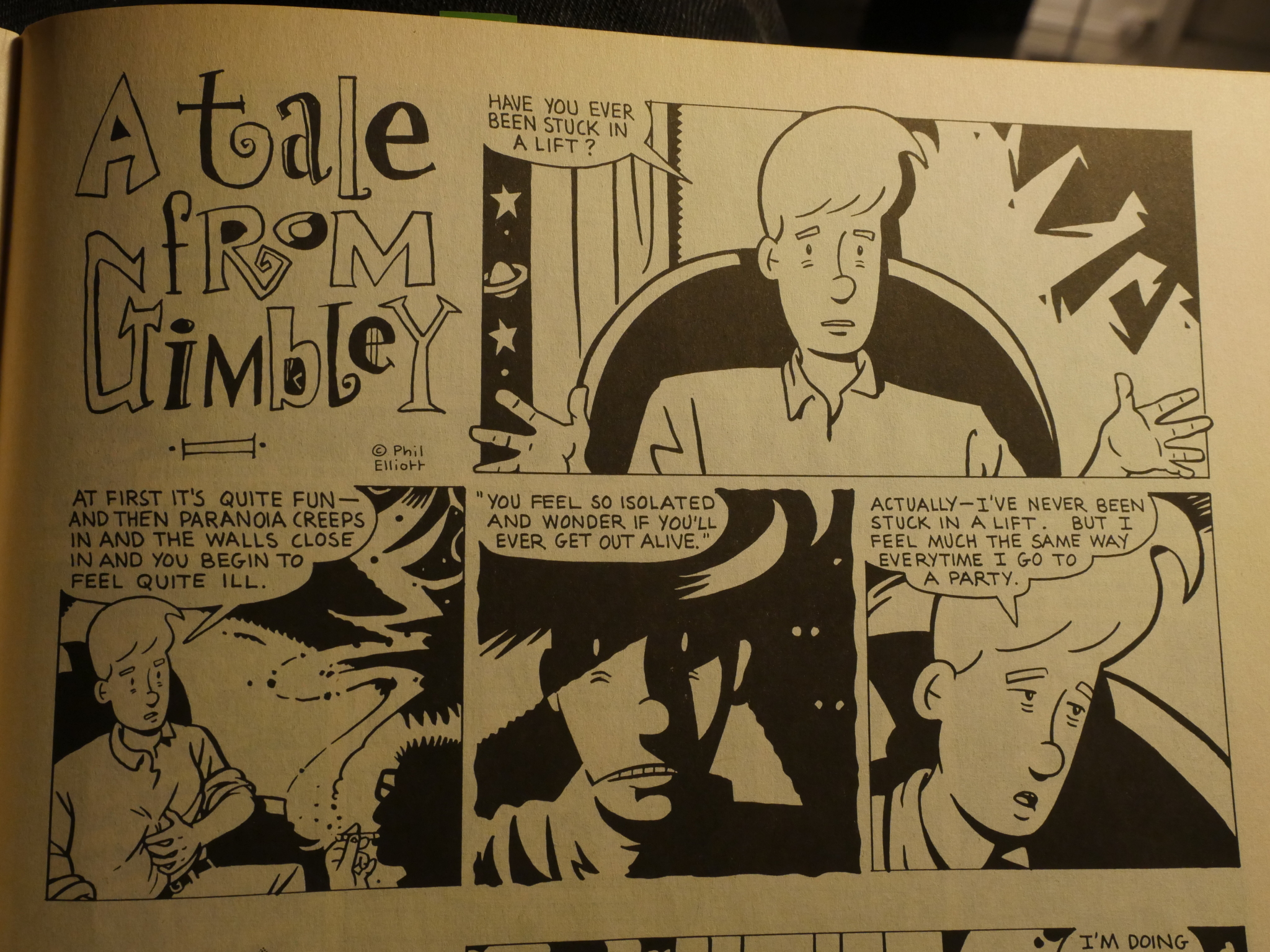 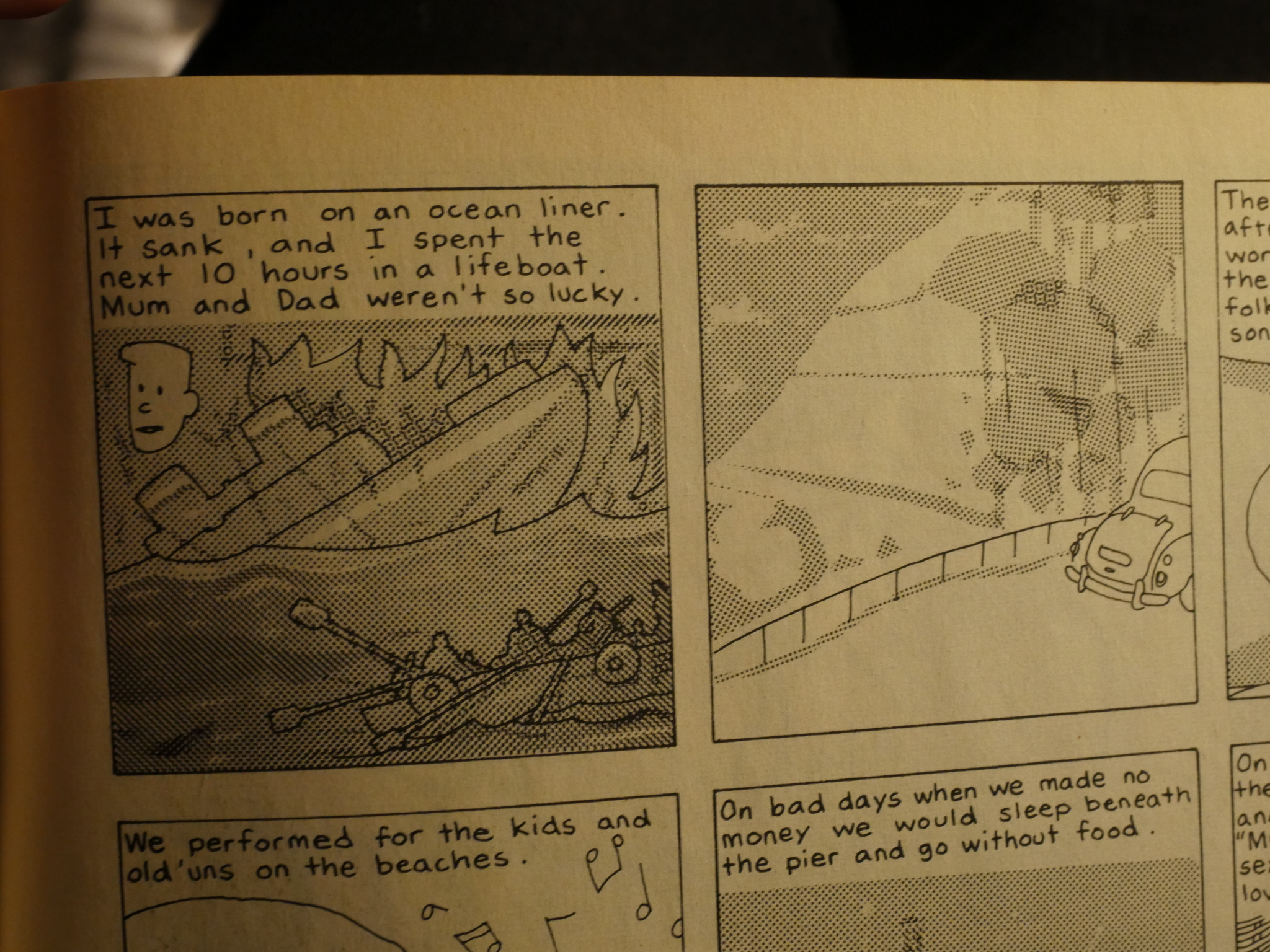 The artwork shifts between having an Yves Chaland vibe to having more of a Bob de Moor thing going on. So we’re mostly in BD land, but we also get the very un-BD panels like the ones above. This type of zip-a-toning is a bit Eddie Campbell-ish?