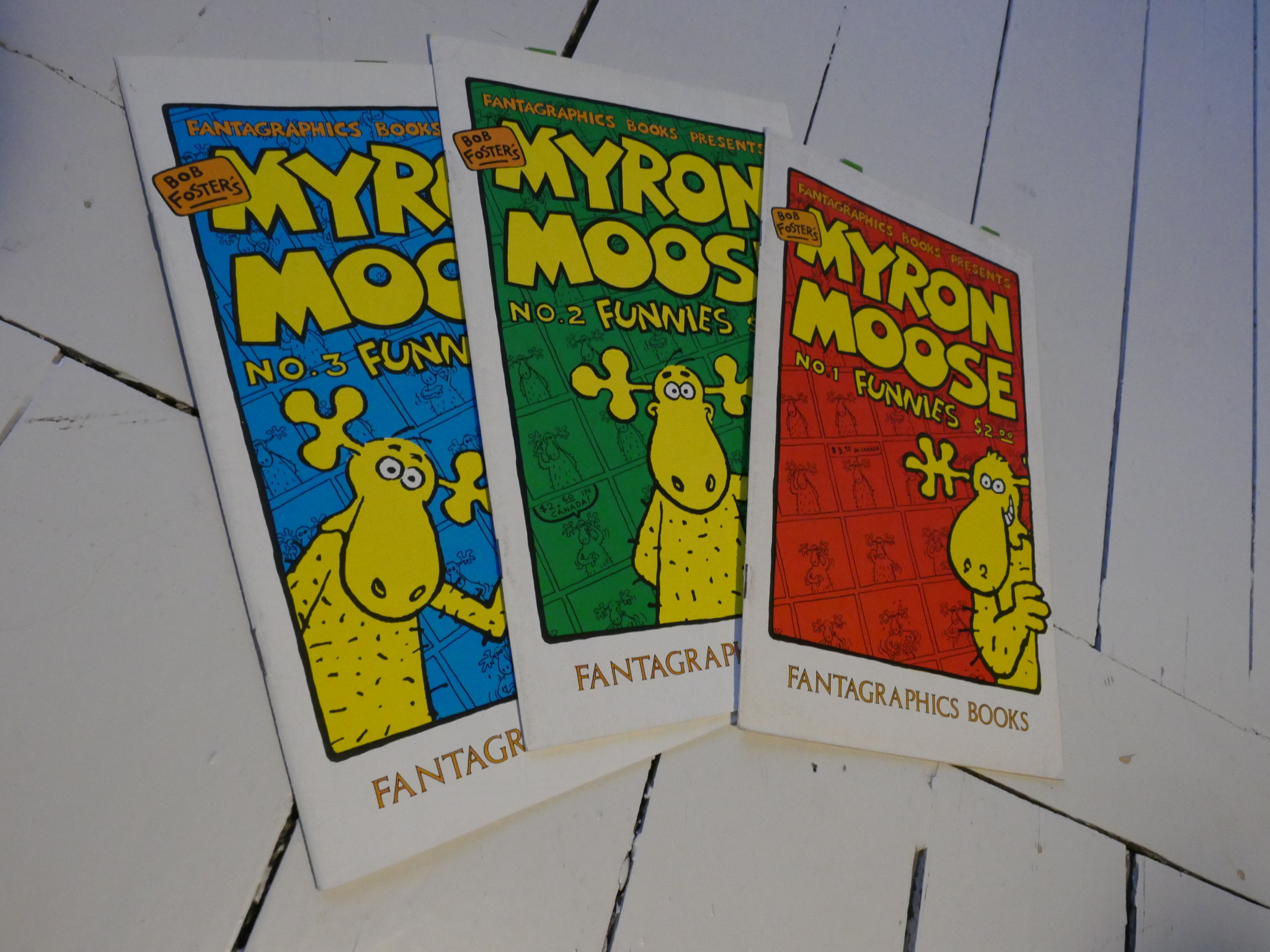 This reads very much like 70s underground comix, which is pretty strange for published in 1987. And there is a series from 1971 with the same name. Is it a reprint? I’ve spent four minutes googling and I do not know. 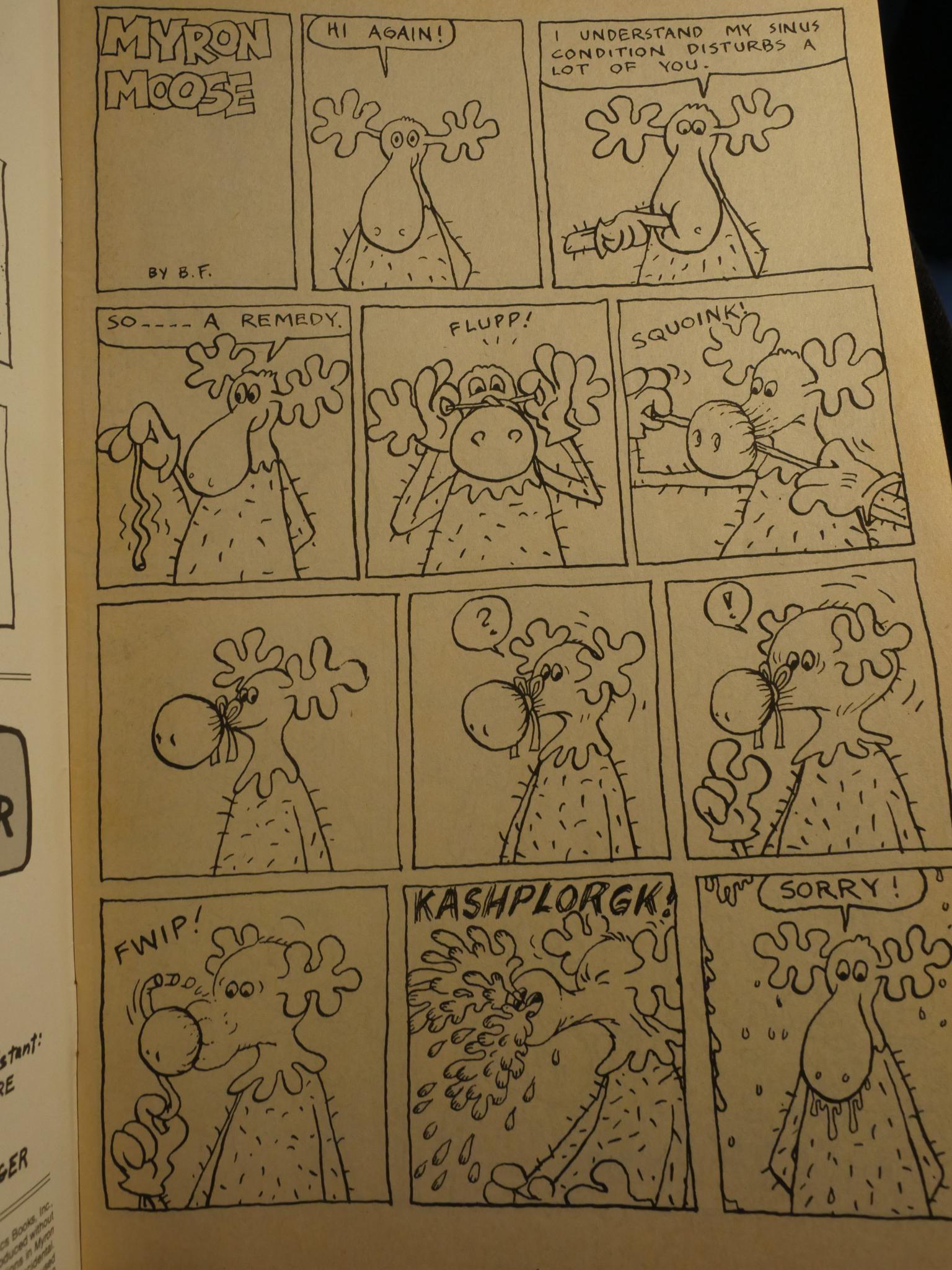 About half the pages are like this: Myron talking to the audience, doing jokes and gross stuff, and playing with the medium. (Notice how the snot is clinging to the panel border in the last panel.) 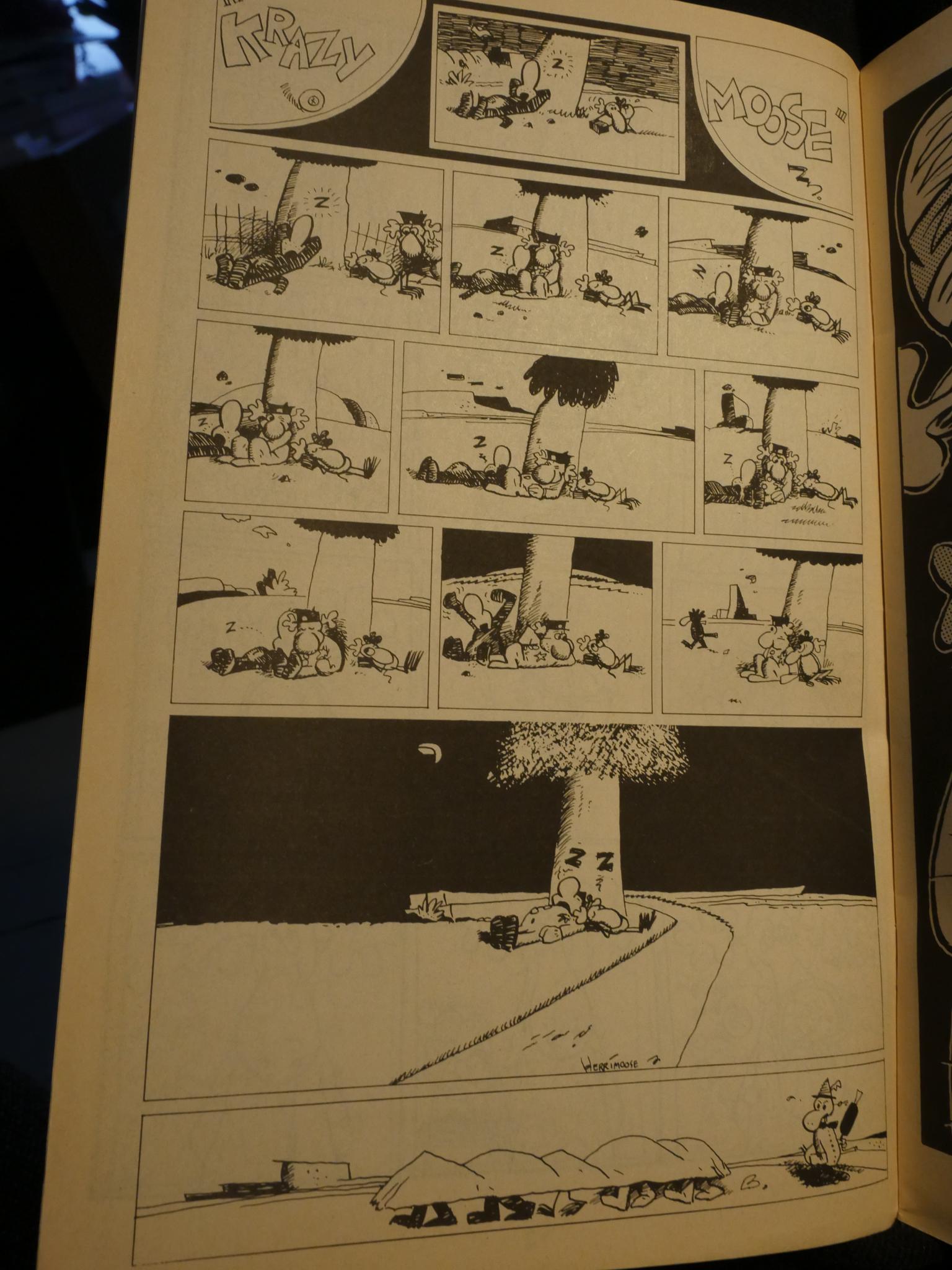 The other half is Foster doing really good pastiches of famous comic strips. At least art-wise. The writing is pretty hit and miss. 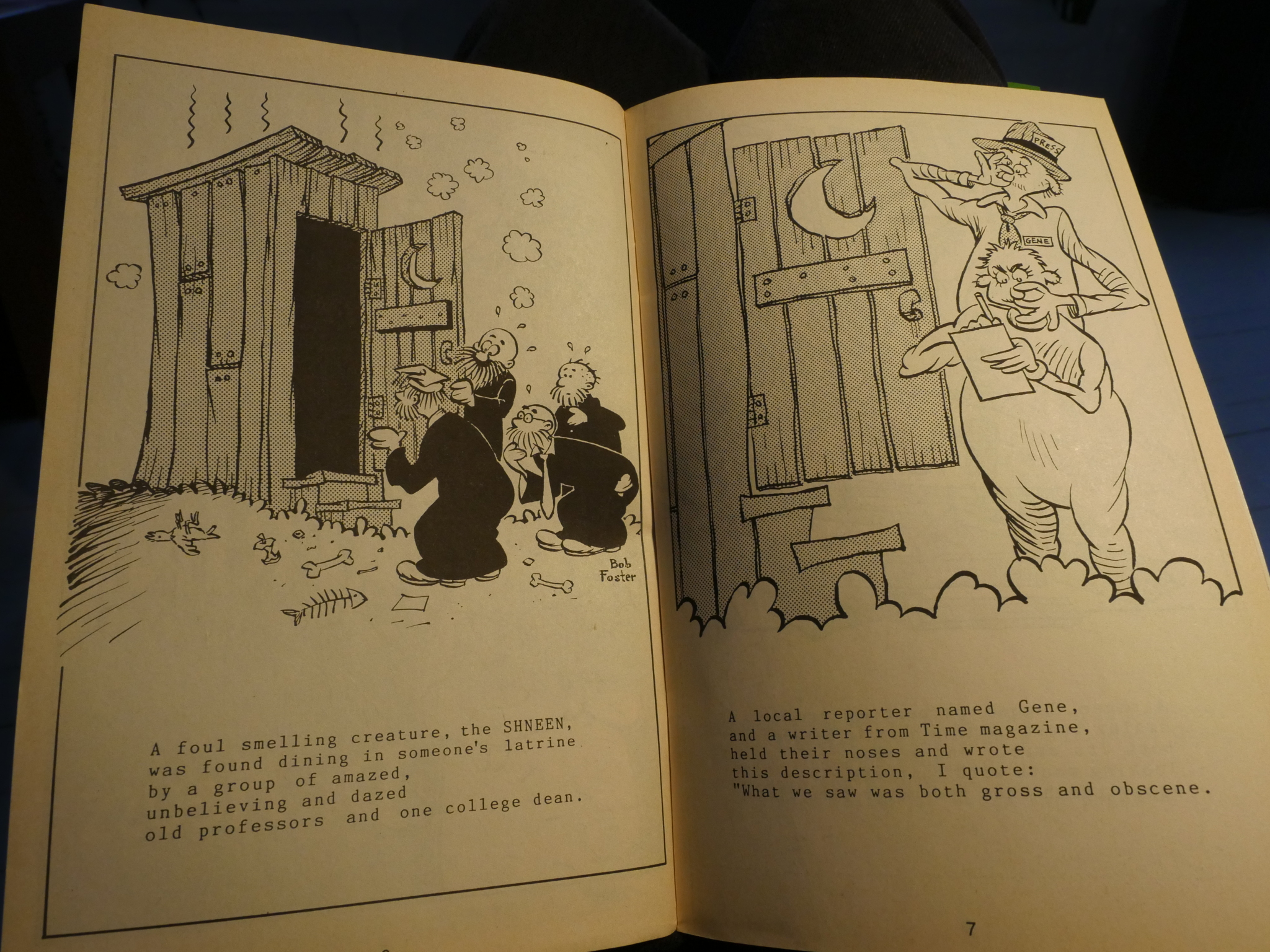 Although this Dr Seuss parody is pretty much on fleek. 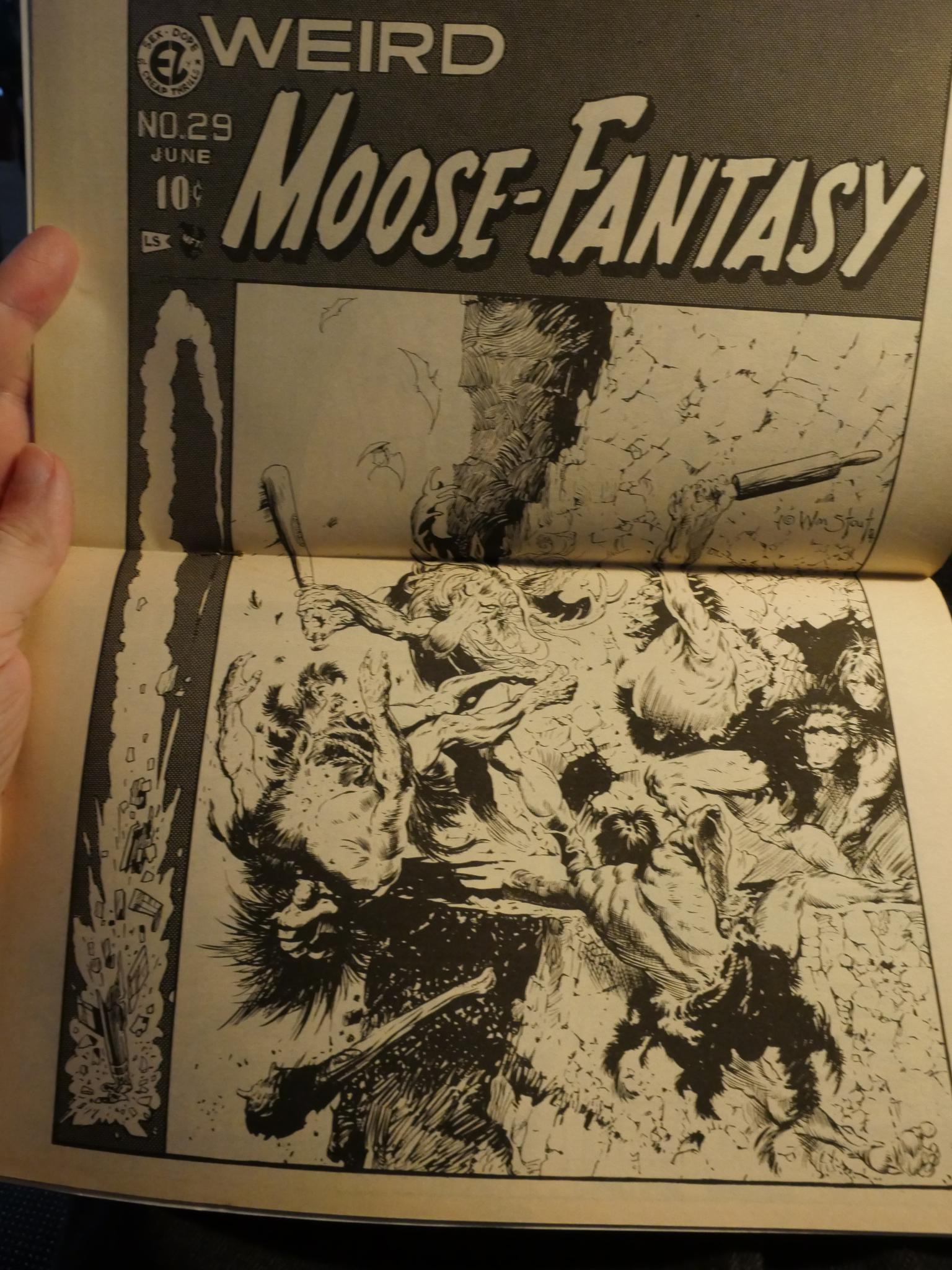 And this may not be funny, but it’s really good Frazetta. 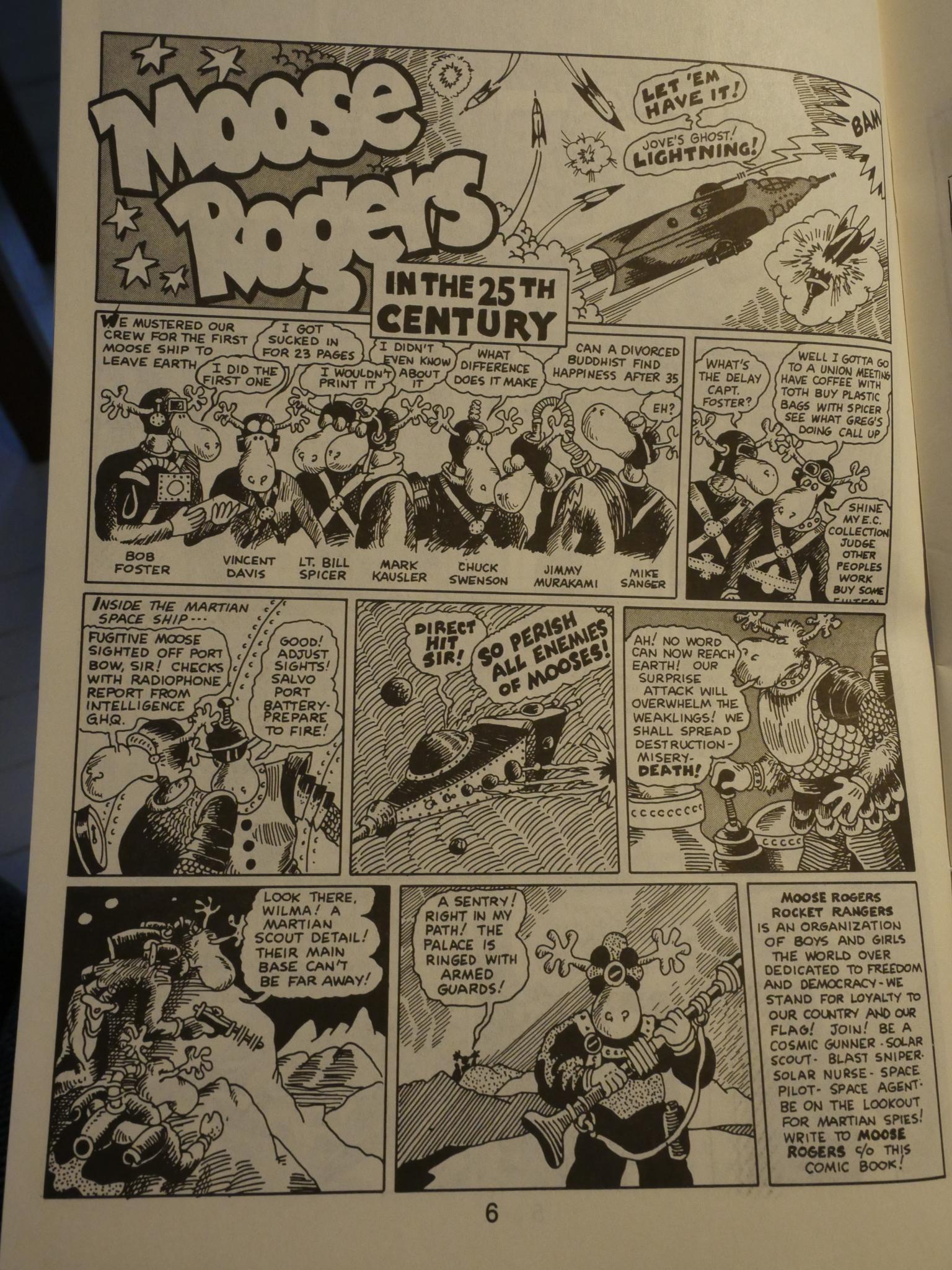 But too many pages are like this. Yes, it’s Buck Rogers, but is it funny? This book frequently reads like an exercise book. “Can I do this artist? Yes, apparently I can.” 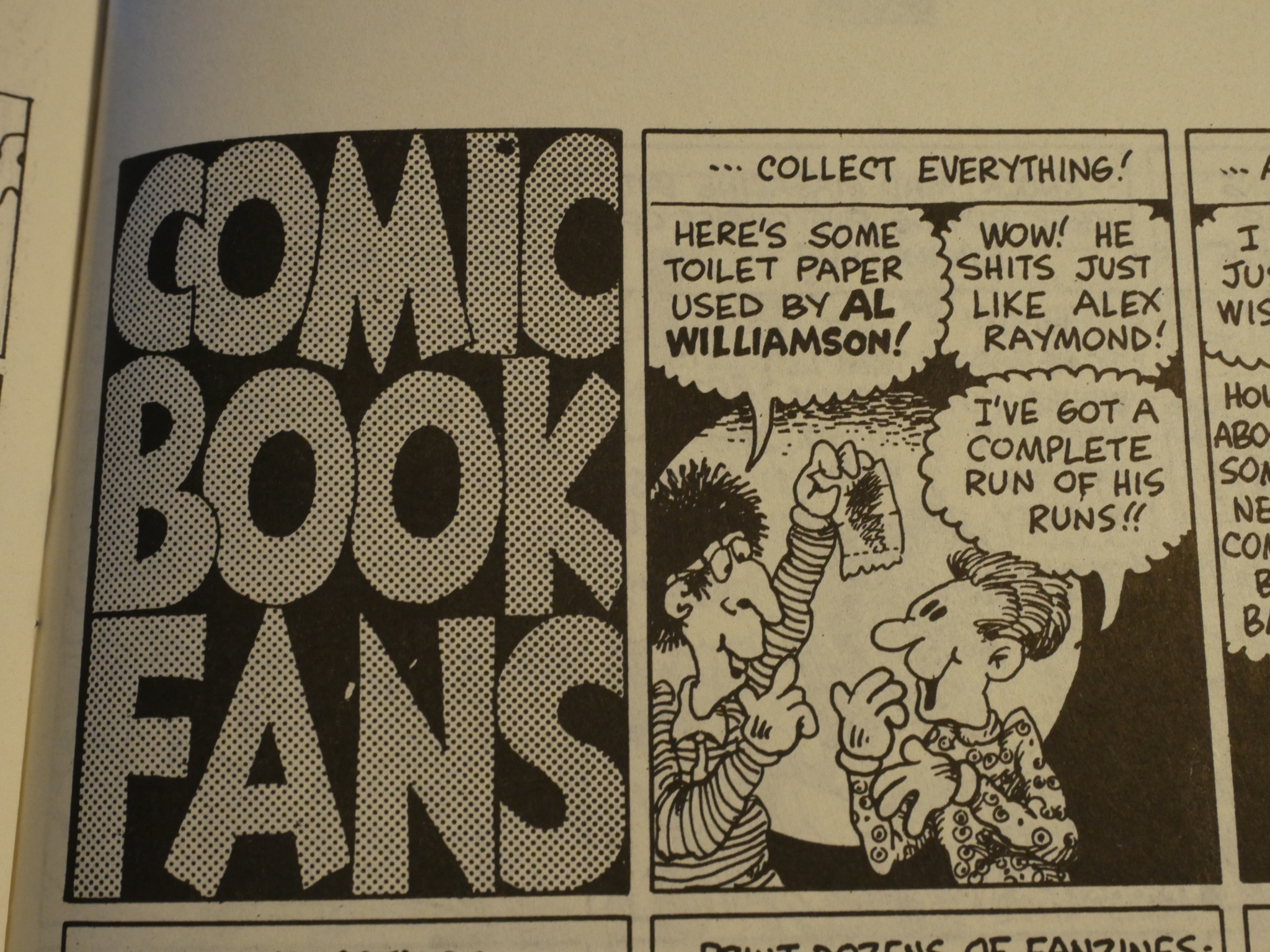 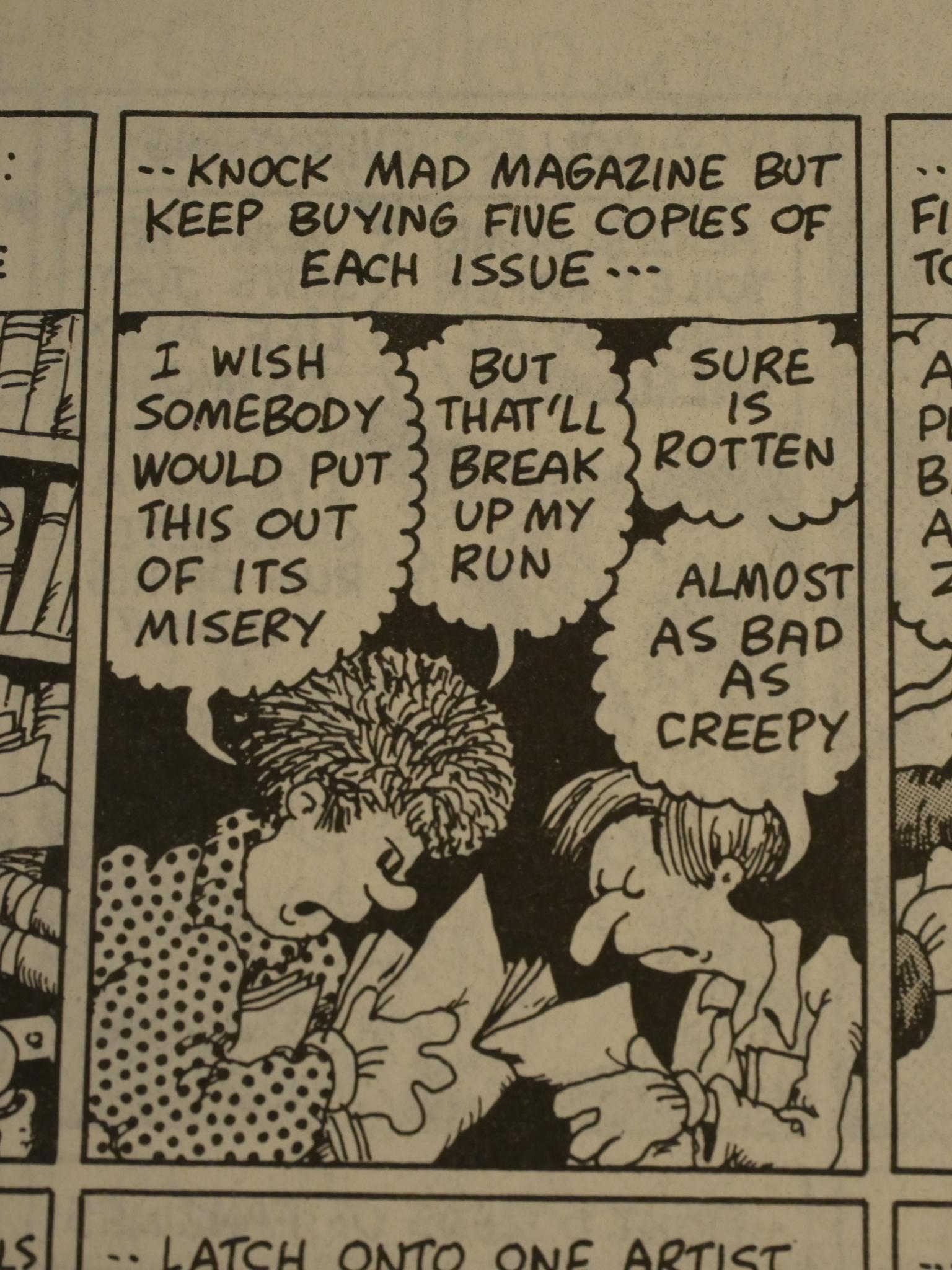 And that’s back to the 70s again. By 1987, I don’t think any comic book fans were reading Mad Magazine, so it seems really anachronistic. (Not to mention the hair-dos and the clothes.)

So… a reprint? A collection of stuff that Foster had lying around in a drawer somewhere? I don’t know, but it’s moderately amusing, and frequently quite pretty, so… why not?

Foster has apparently had a long career and done lots of stuff.