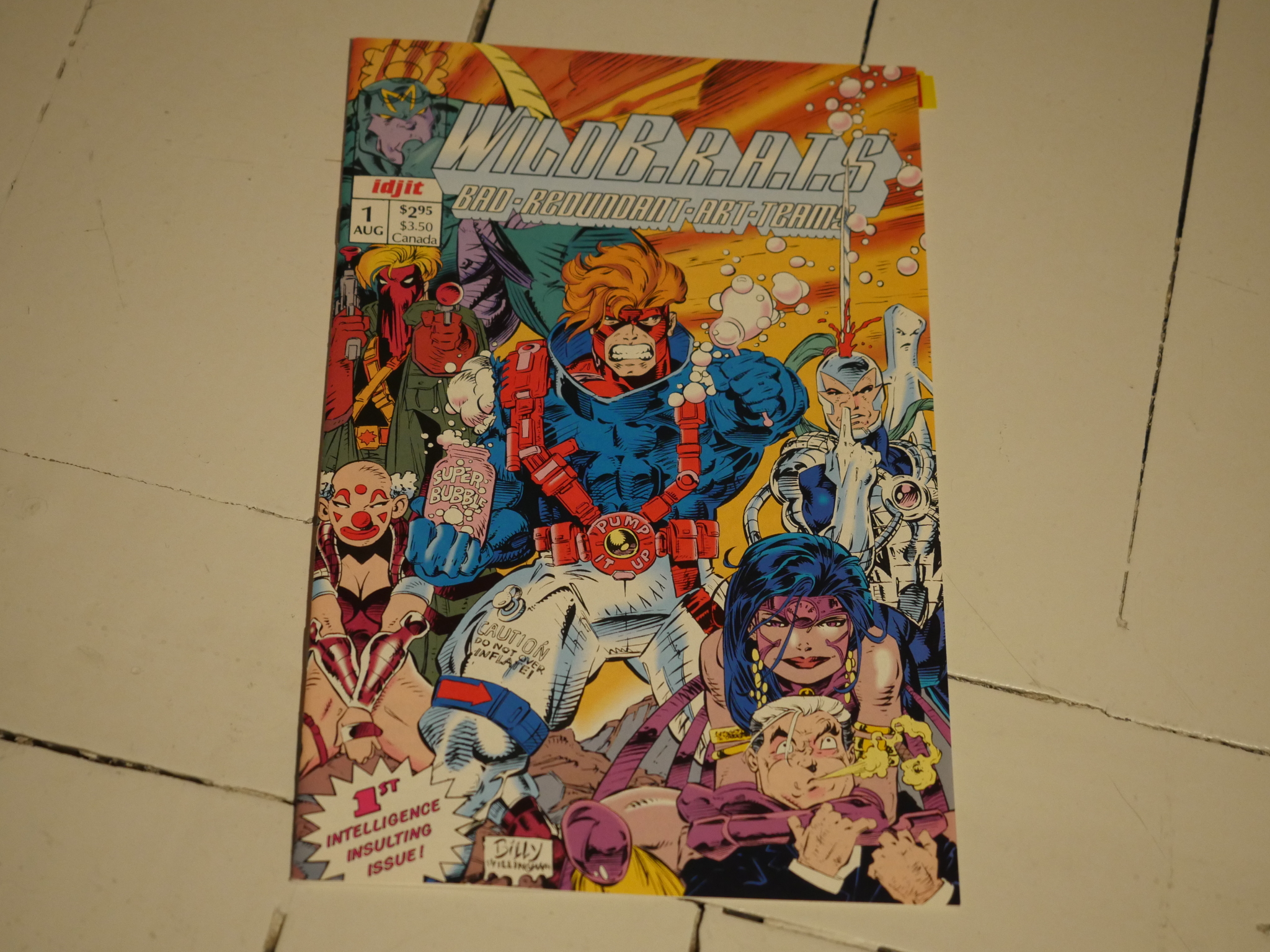 Dean Williams… where have I seen that name before? Oh, we wrote the execrable Butt Biscuit series from Fantagraphics.

Well, Fantagraphics has published a few parody comics over the years, but they usually make fun of things that are considered interesting by the same people who find Fantagraphics comics interesting, like Filibusting Comics.

This, however, presents itself as a parody of Wild… er… Wild Something? See, it’s so far out of my remit that I can’t even recall what it’s called. Google will know. Yes! WildC.A.T.S! A super-hero comic published by the then nascent Image Comics through Malibu Comics (or something).

Very nice parody cover by Bill Willingham here, but the interiors are done by a different artist. Perhaps that’s meant to be part of the parody. 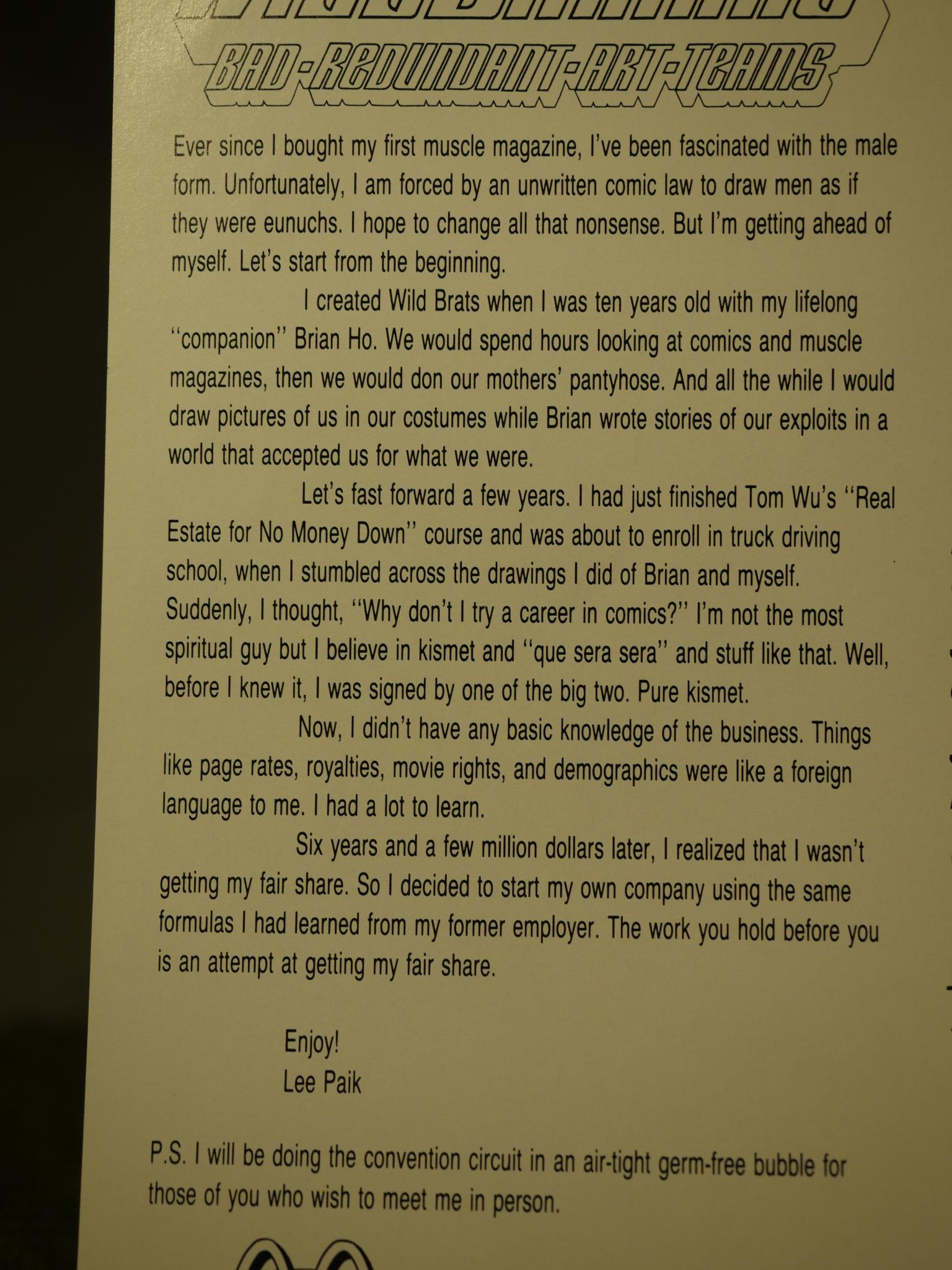 Yes, anybody that draws super-heroes is gay. *slow clap* 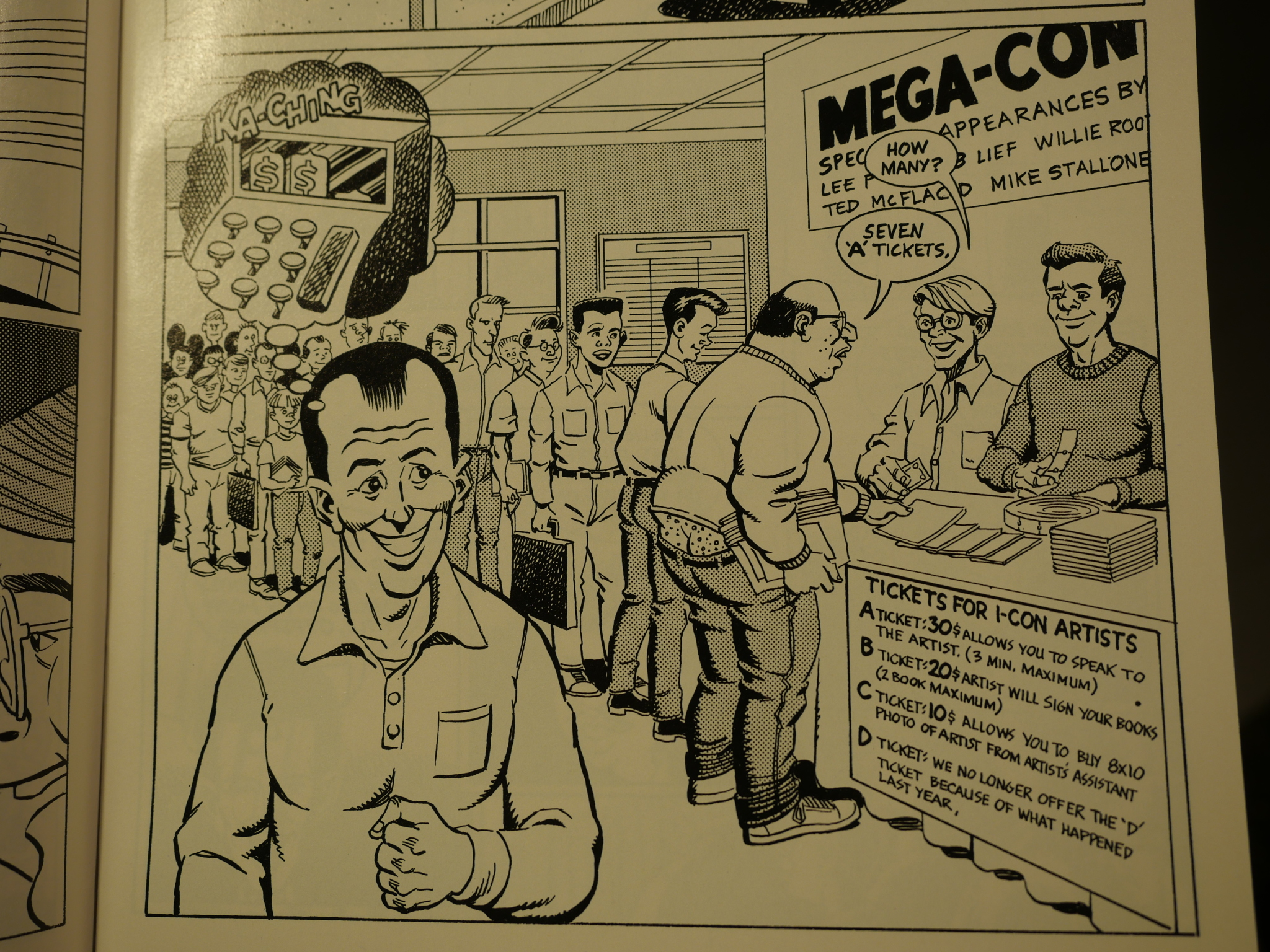 Anyway, the book itself isn’t a parody of Wildcats. Instead it’s a retelling of the story of Image (super star artists at Marvel figuring they could make more money by owning the properties themselves, and hiring a lot of assistants to draw those properties). That sounds like it could be really funny, but… 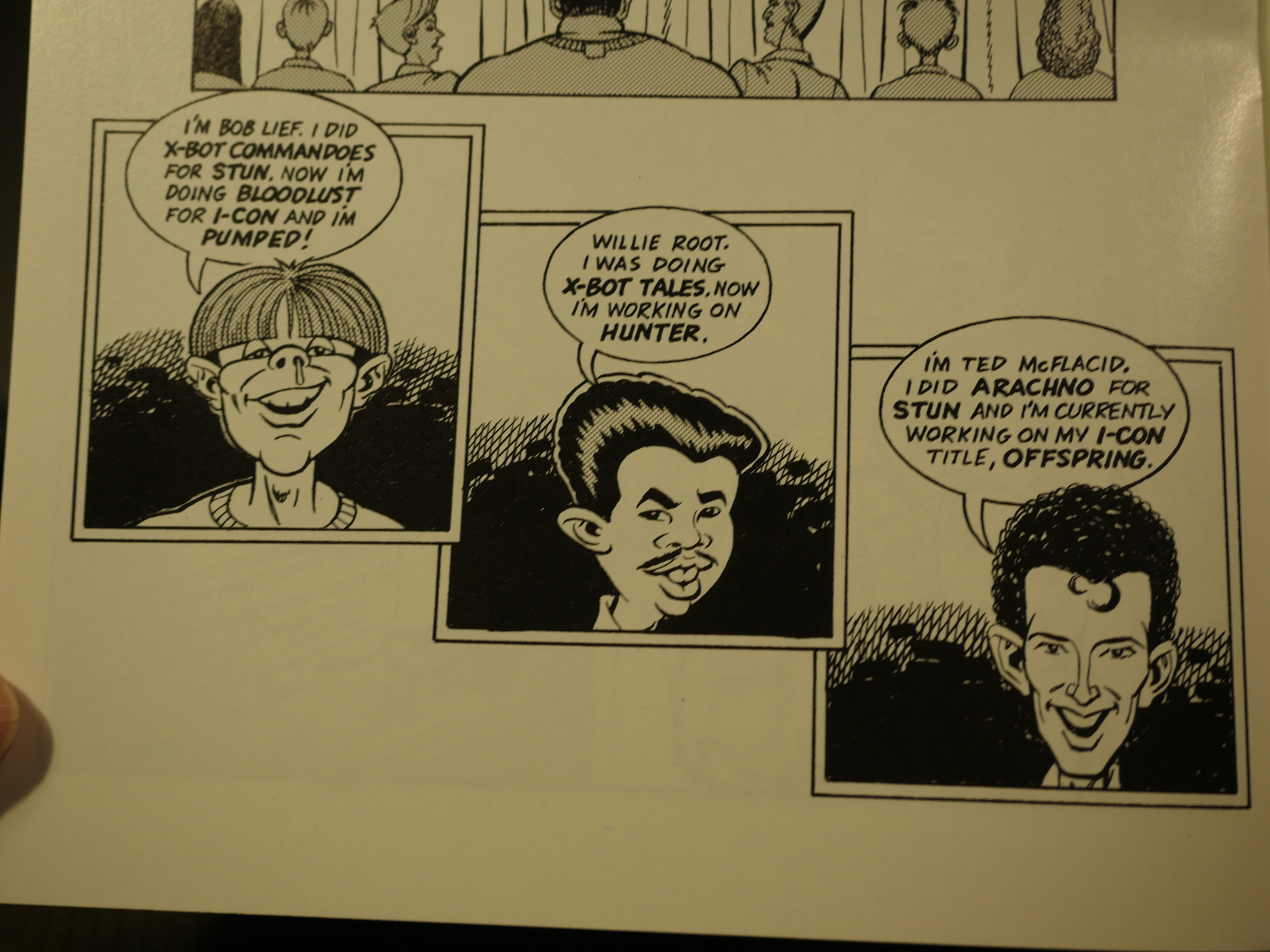 … it’s not. There’s barely a joke in sight. And I just don’t care enough about these characters to try to decode who they’re supposed to be. Todd MacIjustdontcareland. 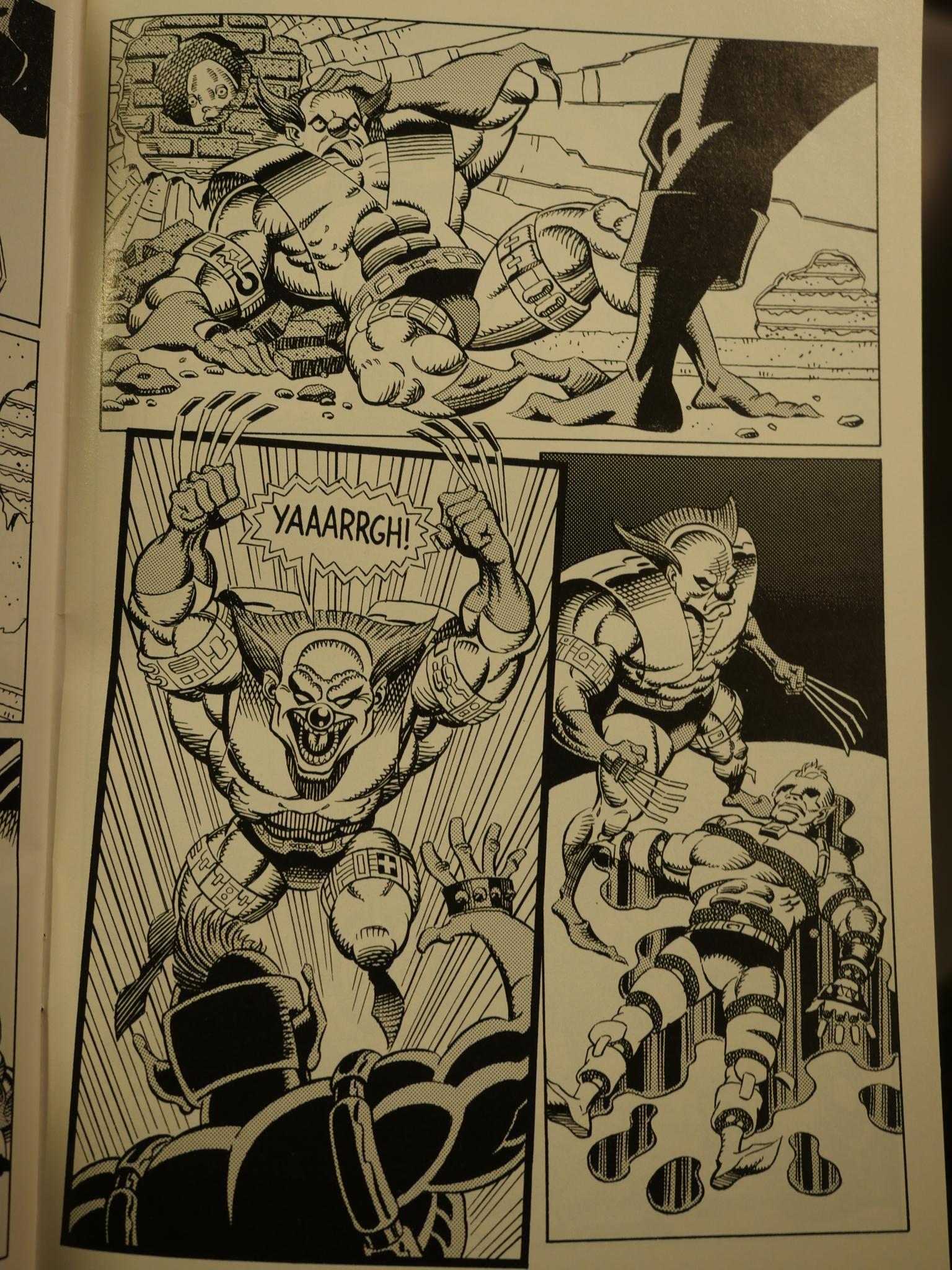 Finally, at the end we have five pages of a parody Bob Liefeld book. And again, it’s just… there. (I did like that little Eightball potato head guy popping up in the background up there.)