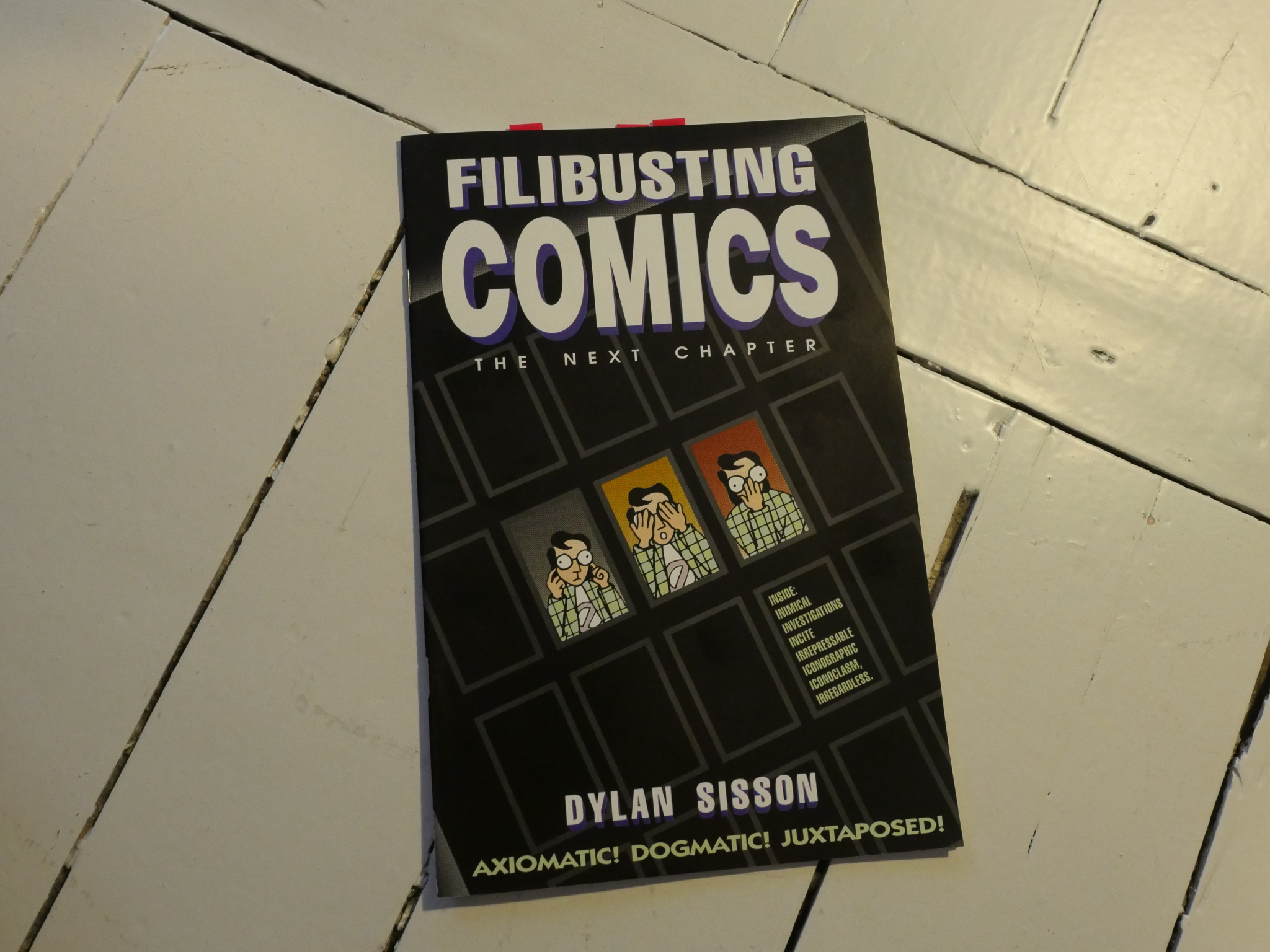 This book is a parody of Scott McCloud’s seminal “Understanding Comics” book. I mean, that’s a pretty sticky book.

McCloud’s career is an unusual one. He made a fondly remembered book back in the 80s, Zot, that wasn’t a major commercial success. It was sweet and fun, but not without flaws. Then he wrote the aforementioned glutinous theoretical work (about, er, understanding comics) which was a great success. It was discussed widely. Everybody bought a copy. Universities have it on their curriculae. And it’s a bit ridiculous.

Then not much happened until he created the smash hit graphic novel called The Sculptor the other year, which is awful. Aaawful. (The “Best American Comics” anthology he edited a few years back was great, though, so he obviously has good taste.) 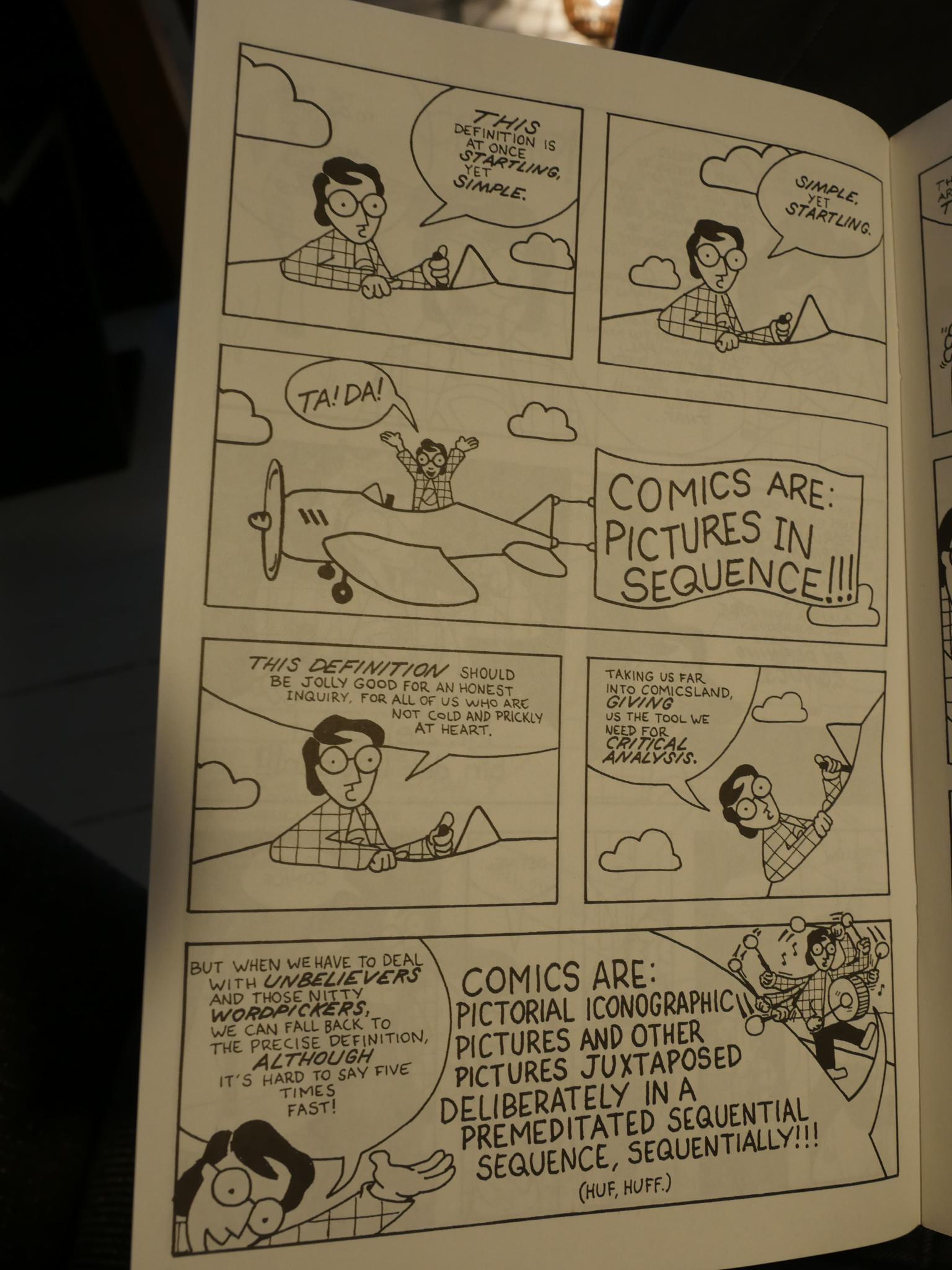 And I was a bit unfair up there about that viscous book. It formulated many thoughts about comics clearly and understandably. If a bit pendantically, as parodied above. The worst thing about the book, I think, was the way it seemed to beg for legitimacy throughout, for instance by making the ludicrous claim that comics had always been there, if we just squint a lot: 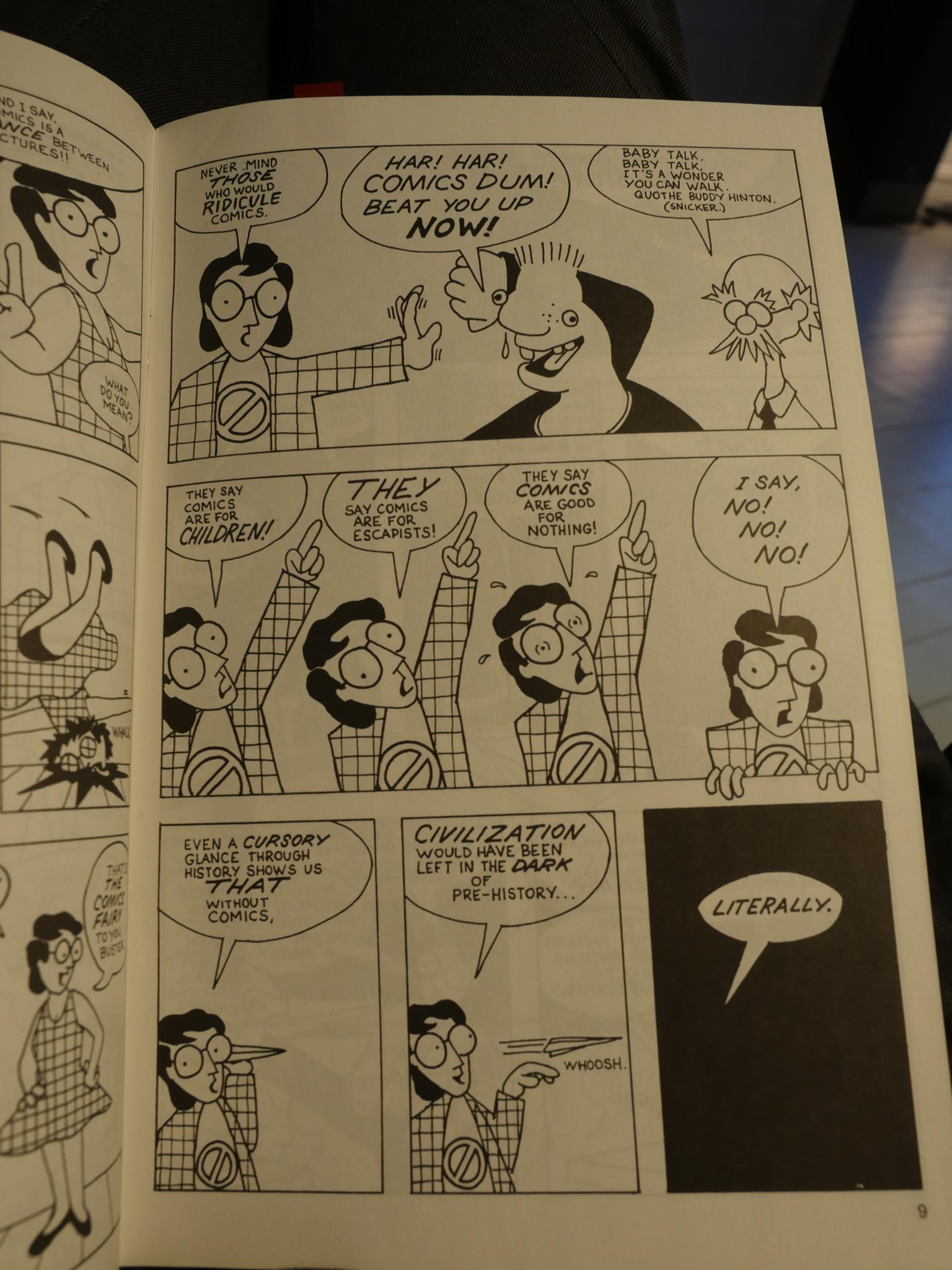 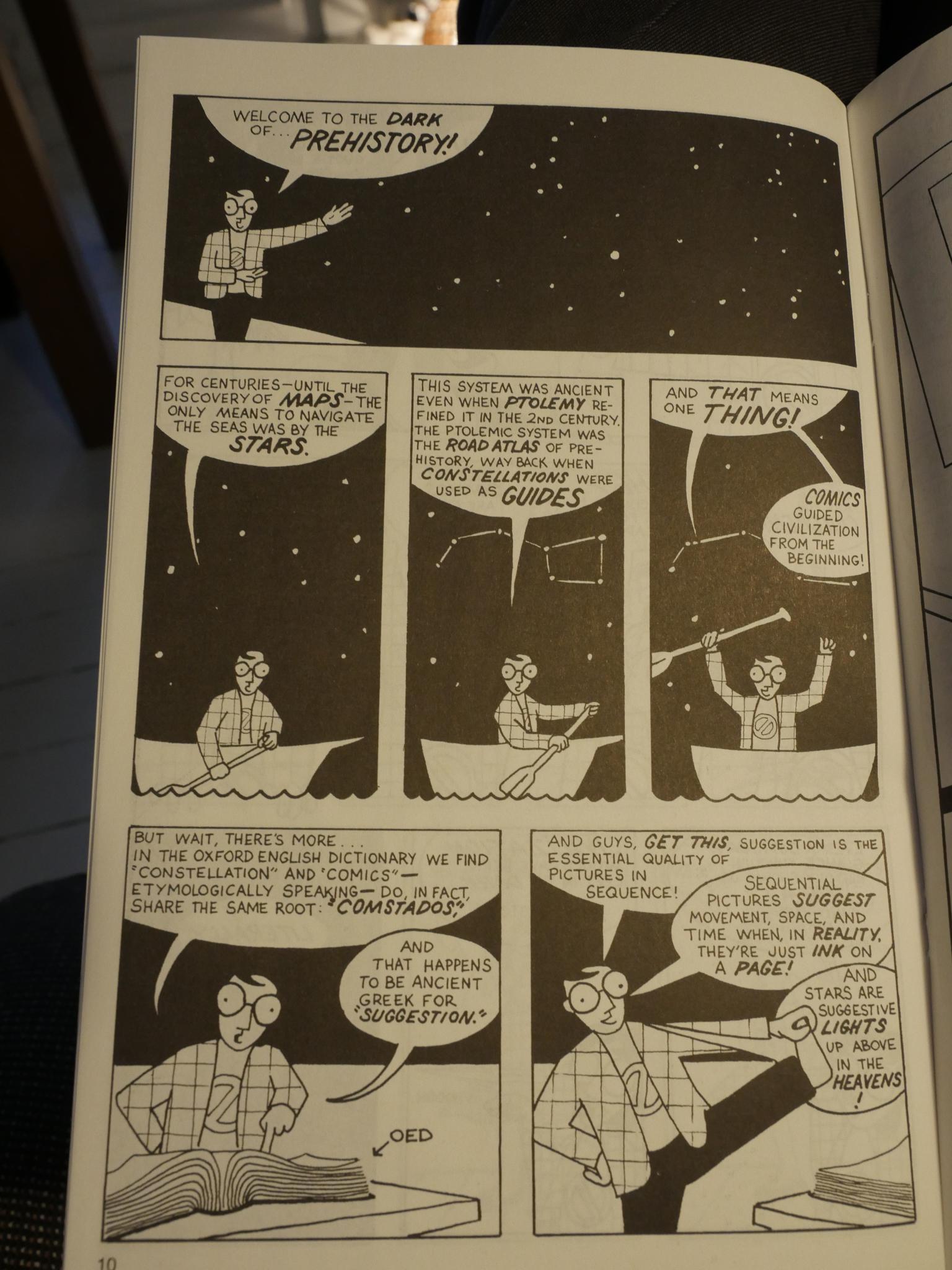 This is a quite funny parody if you’re read the mucilaginous McCloud book, but will otherwise be a bit on the “eh?” side, I suspect.

One thought on “FF1995: Filibusting Comics”