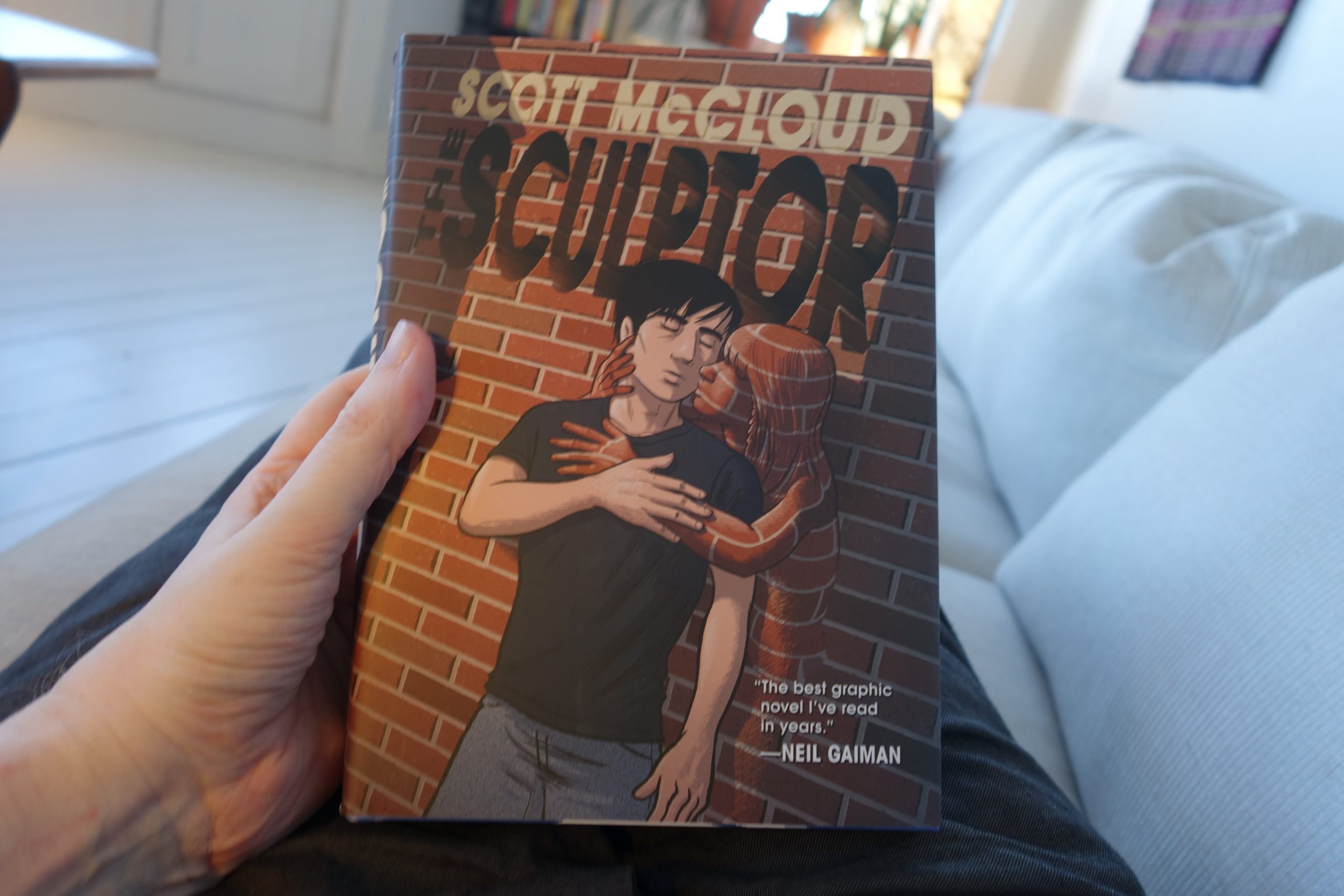 The Sculptor is the long-awaited graphic novel (published by First Second) that has been reviewed a lot.  It’s a spellbinding urban fable about a childhood wish, a deal with Death, the price of art, the value of life, and a desperate love. 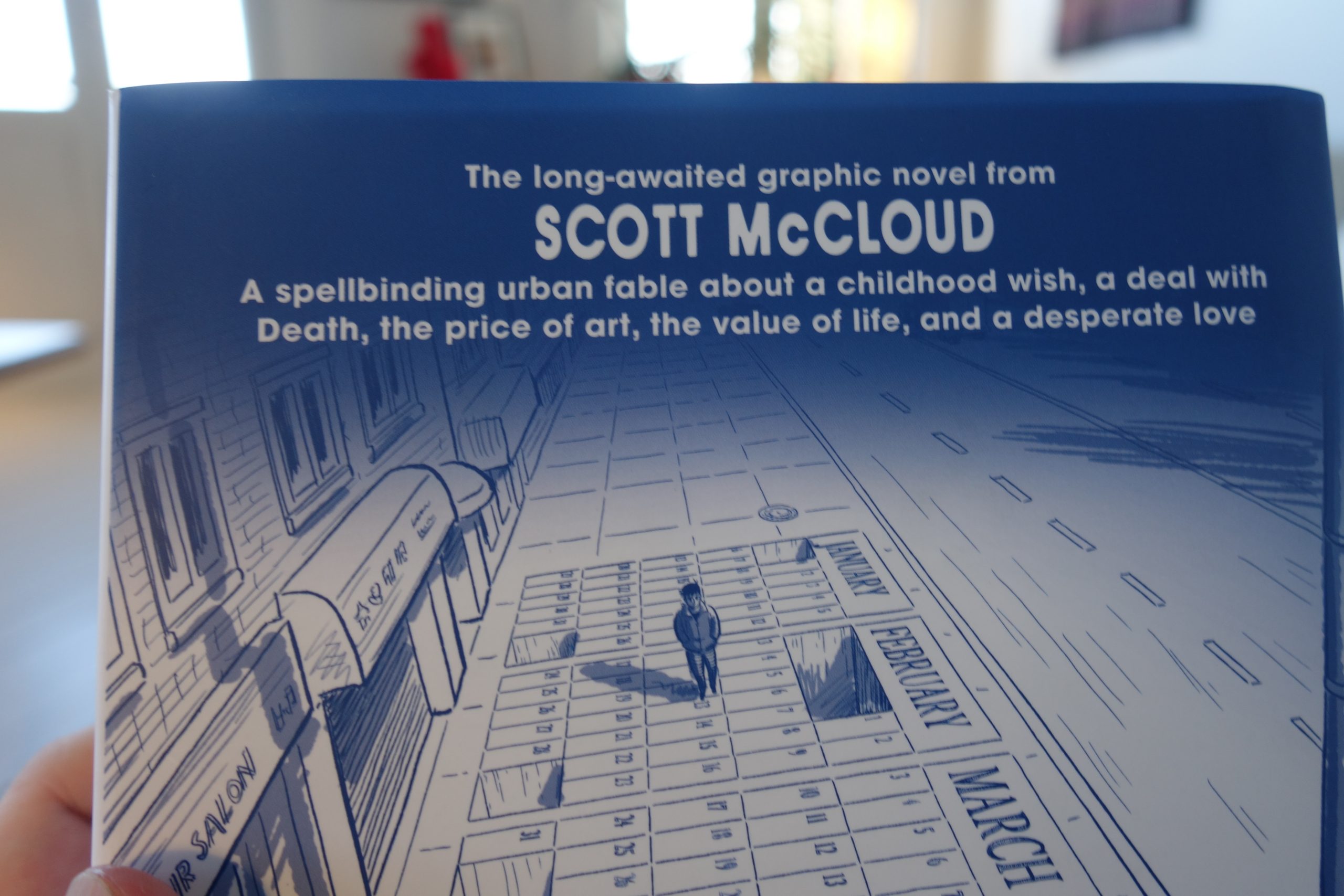 It says so right there.

But it’s been months since it’s been published now, and I think it’s way past time that we reappraised this hefty work.

(In the following article, there are spoilers and triggers.)

Now, many of the earlier reviewers seem to feel that there’s something wonky about this plot.  That perhaps that’s not what McCloud had in mind when making the graphic novel.  But let’s just look at the evidence. 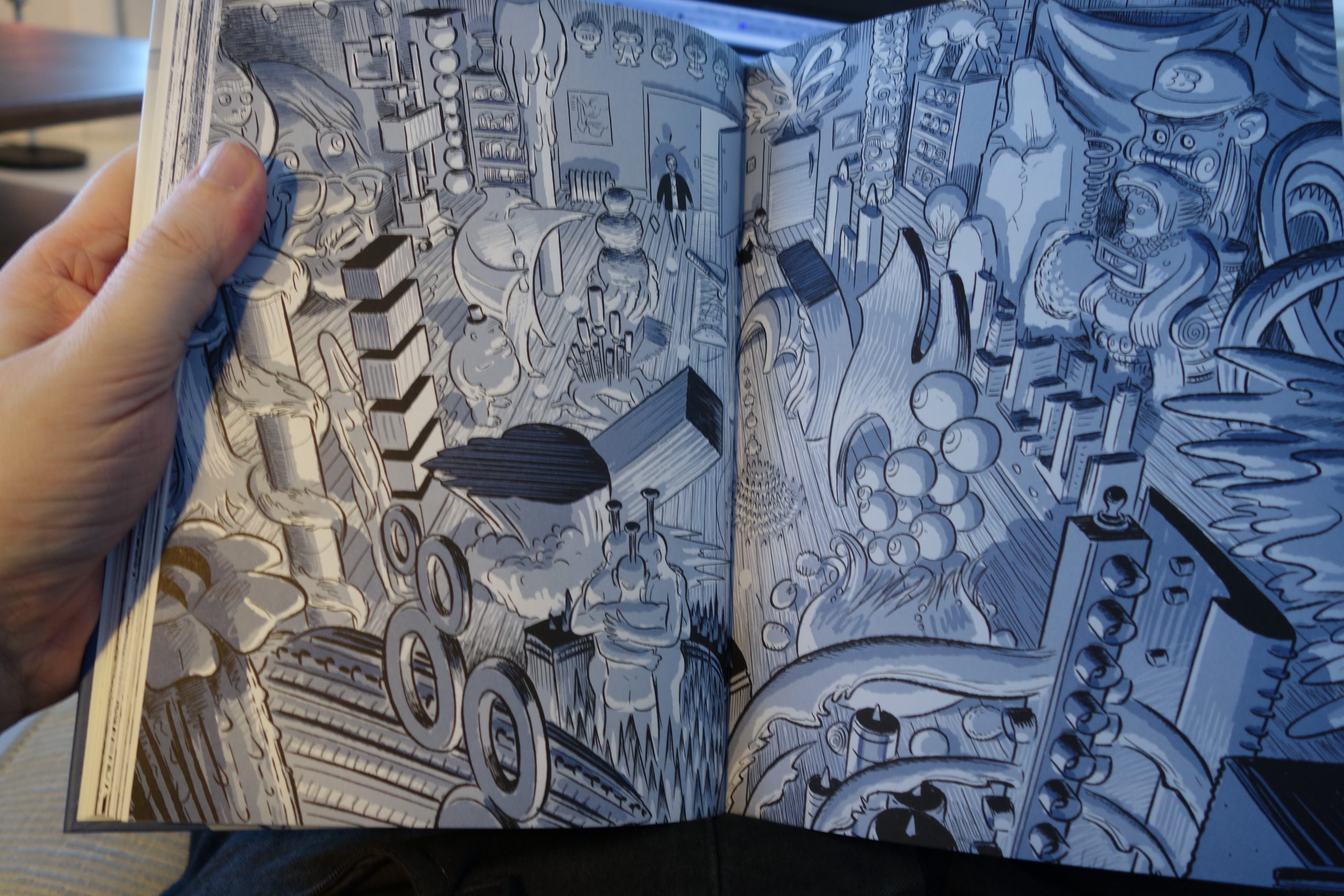 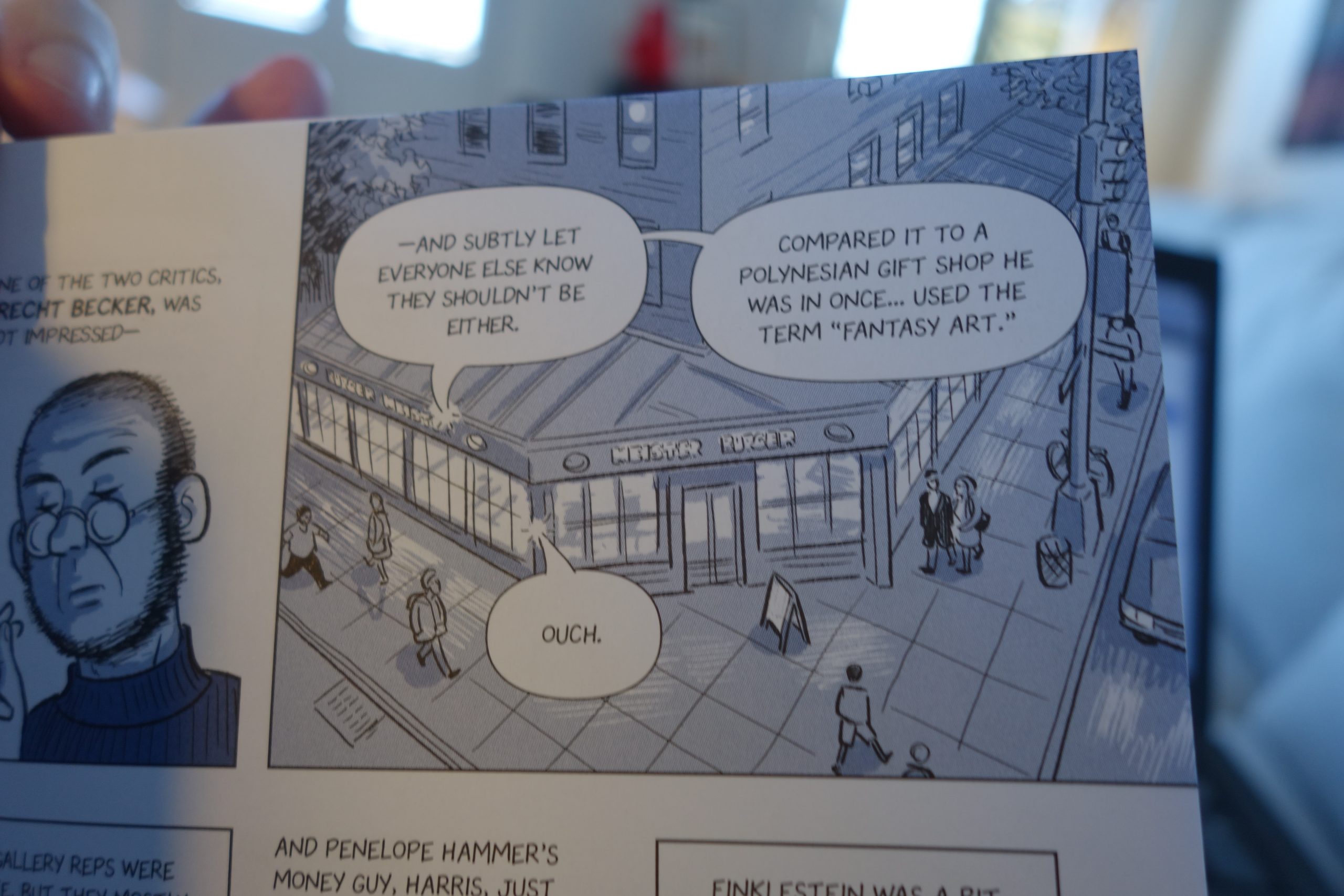 That’s the first stuff he makes.  A critic accurately describes it as looking like a Polynesian gift shop.  You may interpret that as a dig against the critic, but if he’s not meant to be right, why did McCloud draw that Polynesian gift shop? You can’t argue with this logic.

The dork rails a lot against modern art in general, and Jeff Koons in particular because he’s gimickey and doesn’t make stuff with his own hands.  But look! 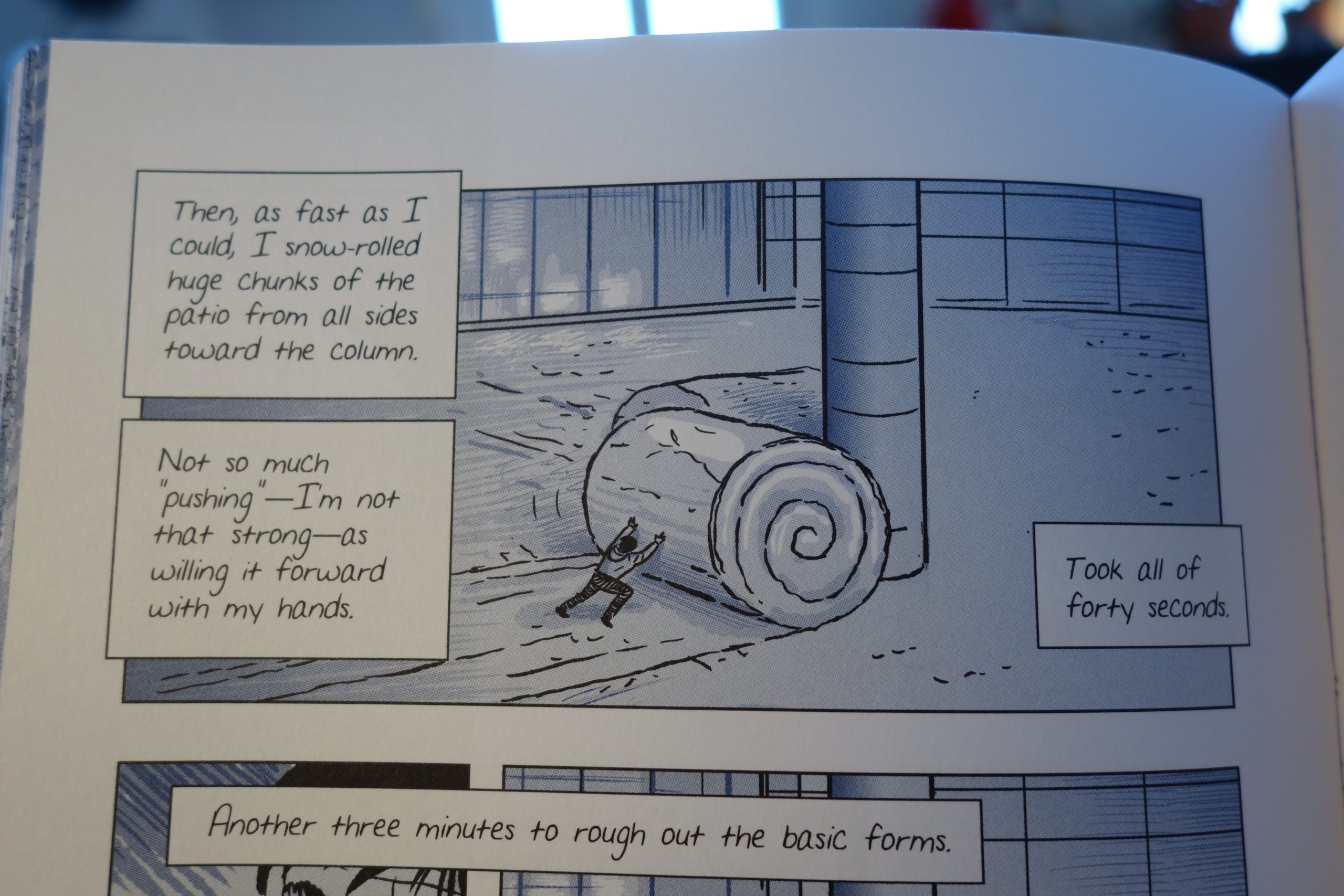 Neither does the dork, really!  He just wills the crap to be there, and it is!  Just like Koons!  And the “masterpiece” he creates after the magic pixie dream girl dies is even more dreary than the Polynesian gift shop he made earlier, thereby negating the entire MPDG cliche.  The dork learned nothing.  Except how to make things even bigger, and use his hands even less.  Like Koons, I guess.

That the book obviously is an attack on the common philistinism found in some parts of comics fandom should be clear now.  The “betcha they can’t draw a hand” crowd.  But is it also a sly attack on tropes found in Japanese comics?

Take this “full bleed to the right to signal drama” thing: 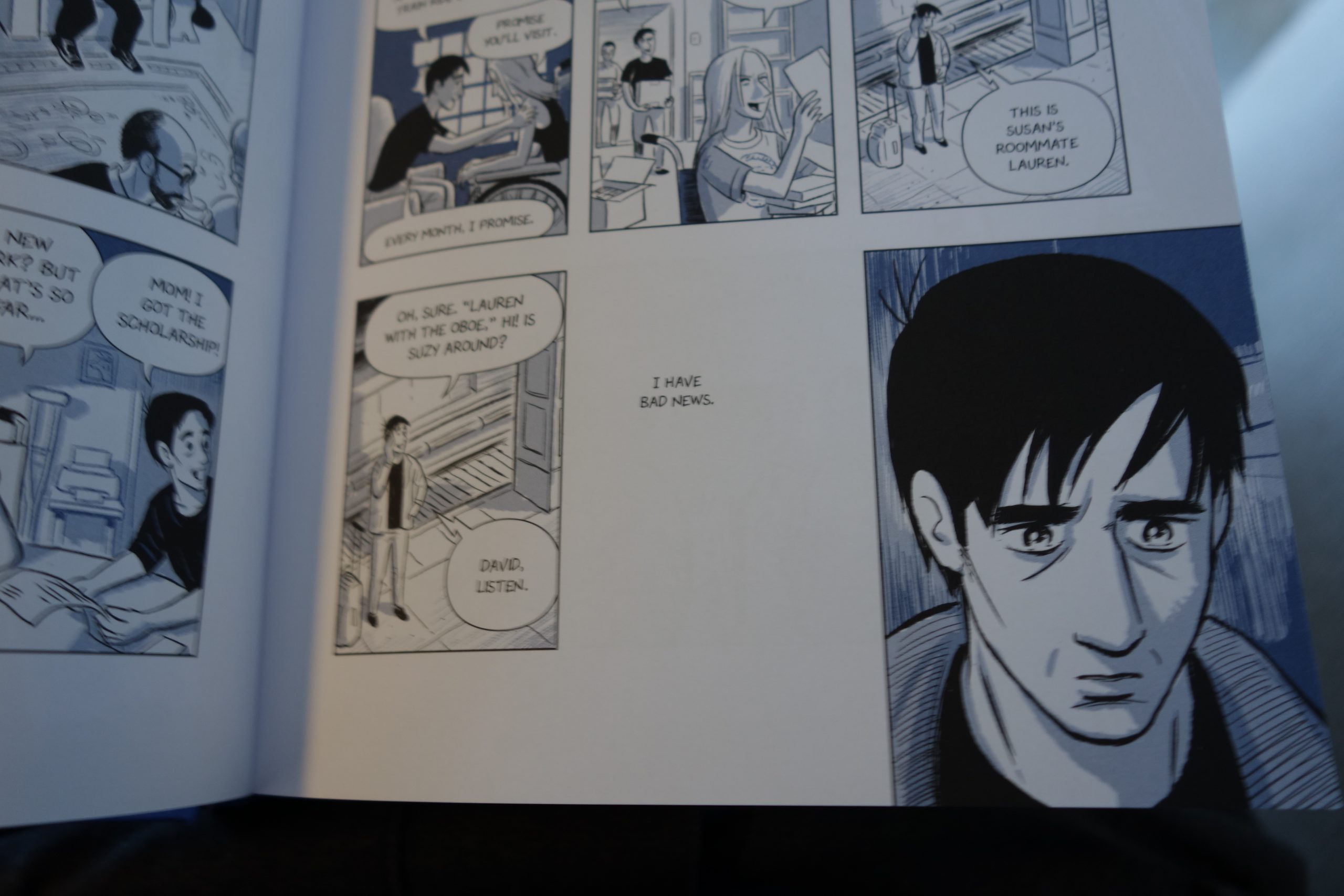 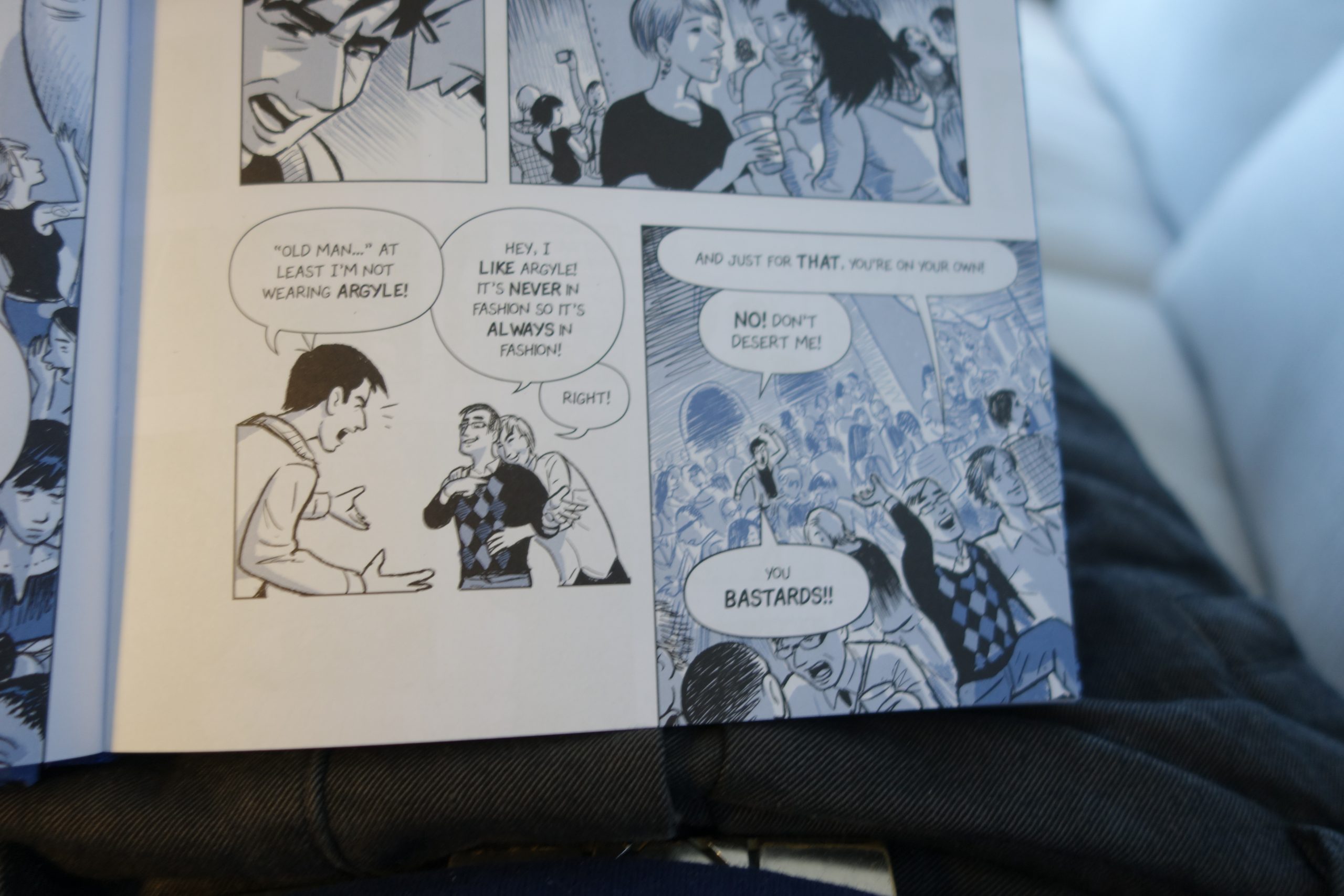 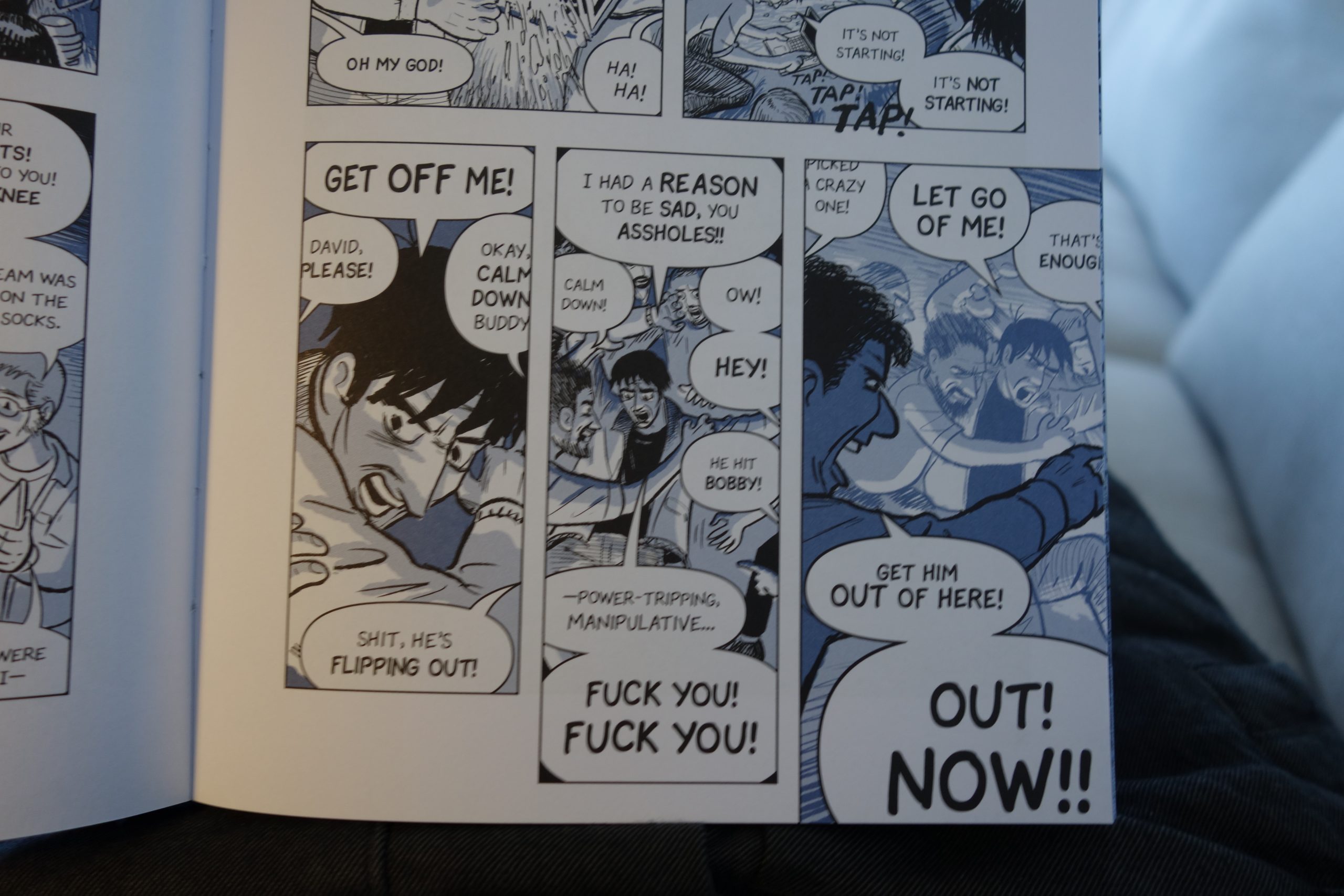 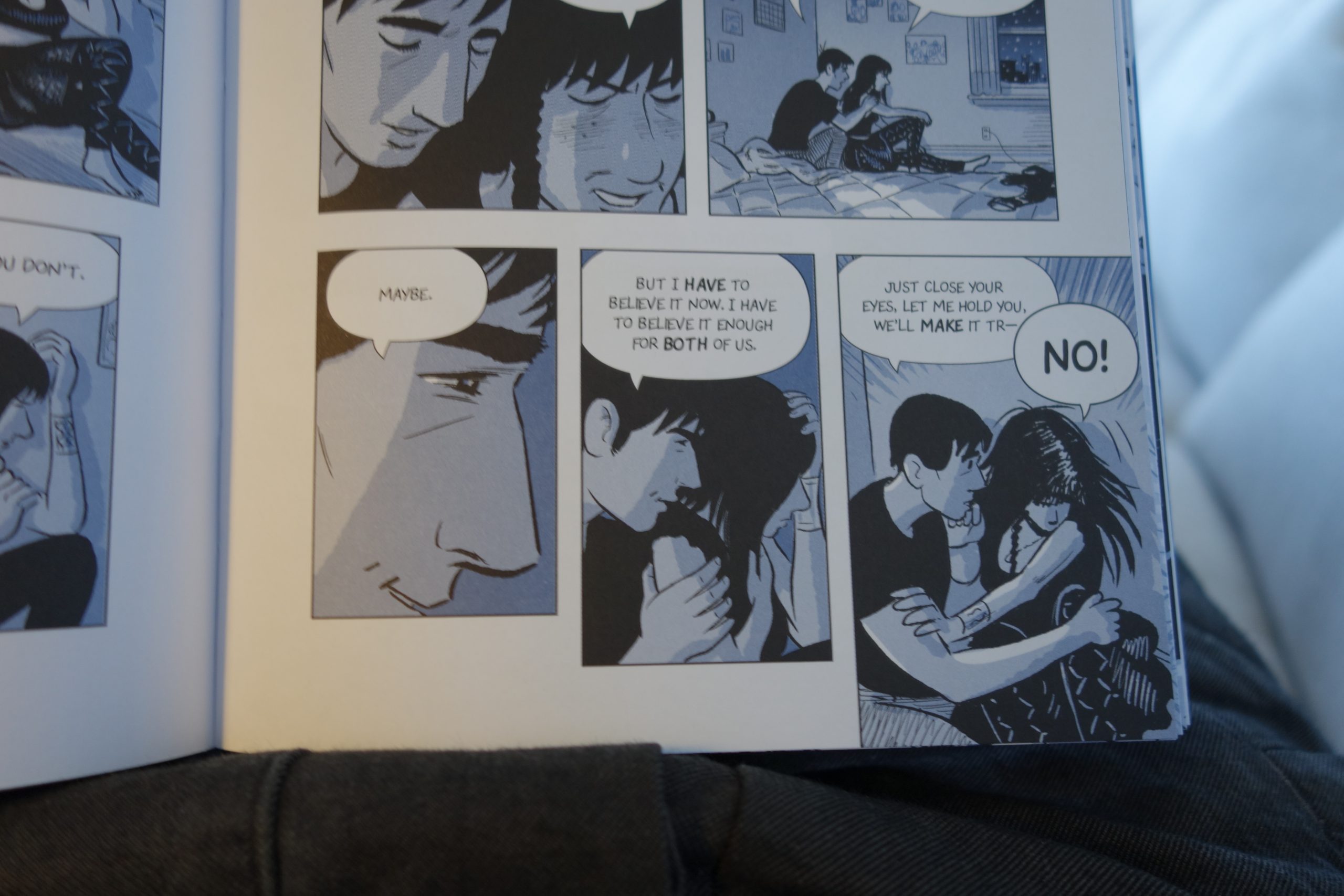 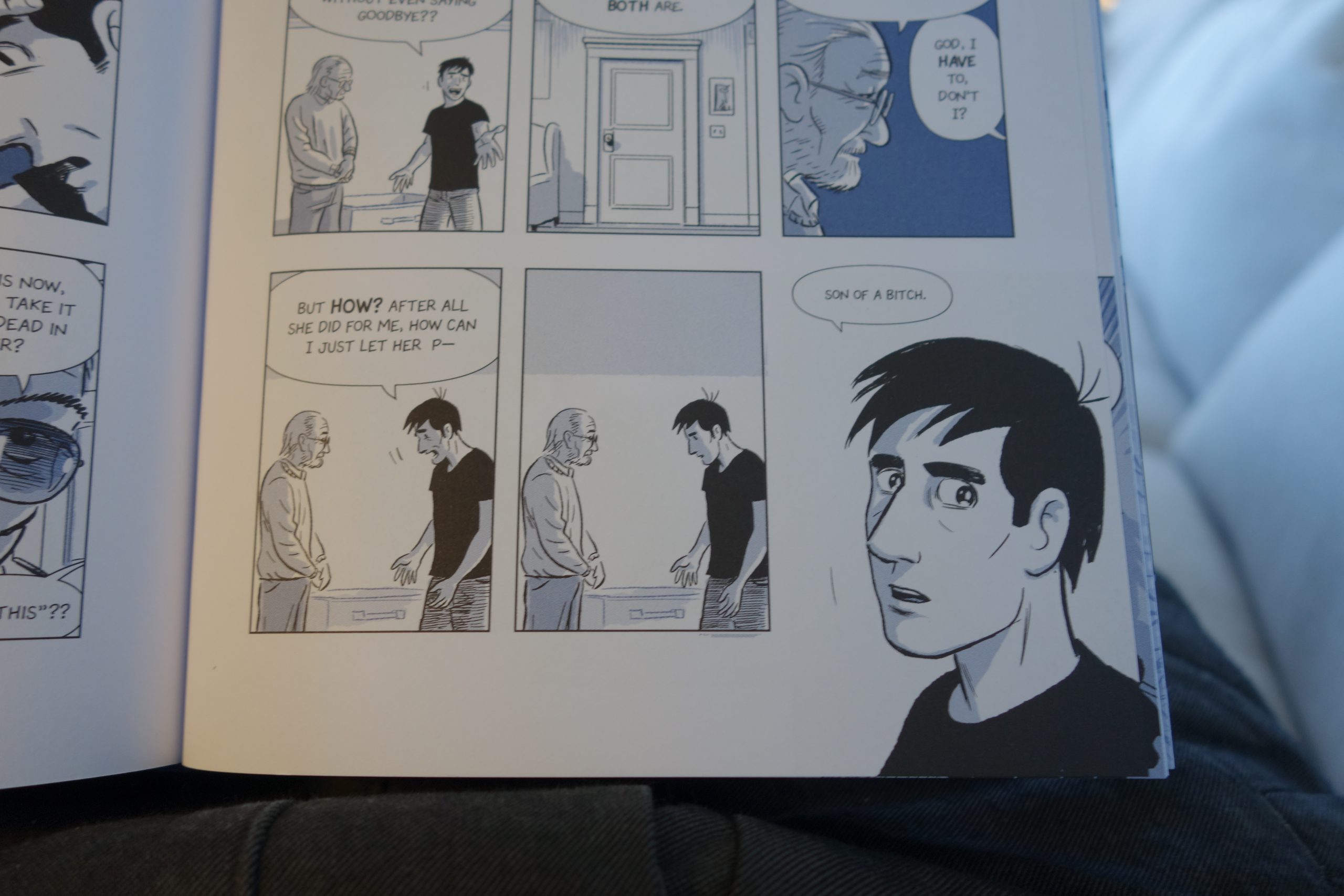 So…  much…  DRAMA!!!  Every time you turn a page and you register a full bleed at the end of the two page spread, you know that’s there’s going to be DRAMA!  SO MUCH DRAMA!!1!  And you start hating reading the book because of all then anticipation of the DRAMA!!!

It’s a very Japanese thing.  The same with the illusion of time not passing.  You read many, many pages, and it seems like months have passed in the story, but then the dork notes that a week has passed and you go “NO!  IT CANNOT BE!  WHEN WILL THIS BE OVER?!”

So, to conclude: The book is a satire, and a sly dig at expectations.  Well done, McCloud.

(McCloud’s figure drawing is less stiff now than it used to be, but that’s probably not a critique of anything.  Unless somebody can figure out how that’s possible.  I’m all ears.)

3 thoughts on “Scott McCloud’s The Sculptor: A Reappraisal”