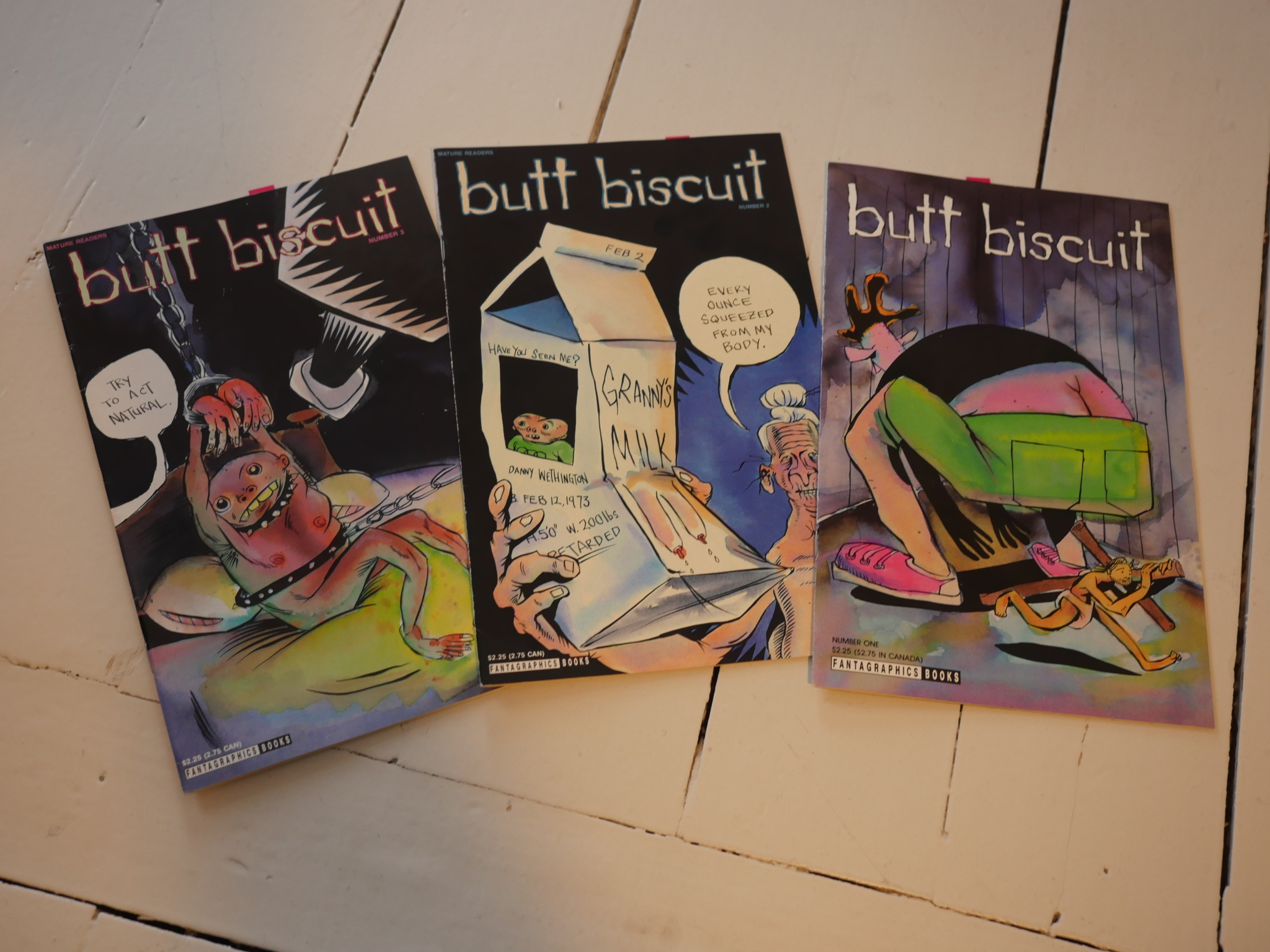 So it’s a papery version of 4chan. 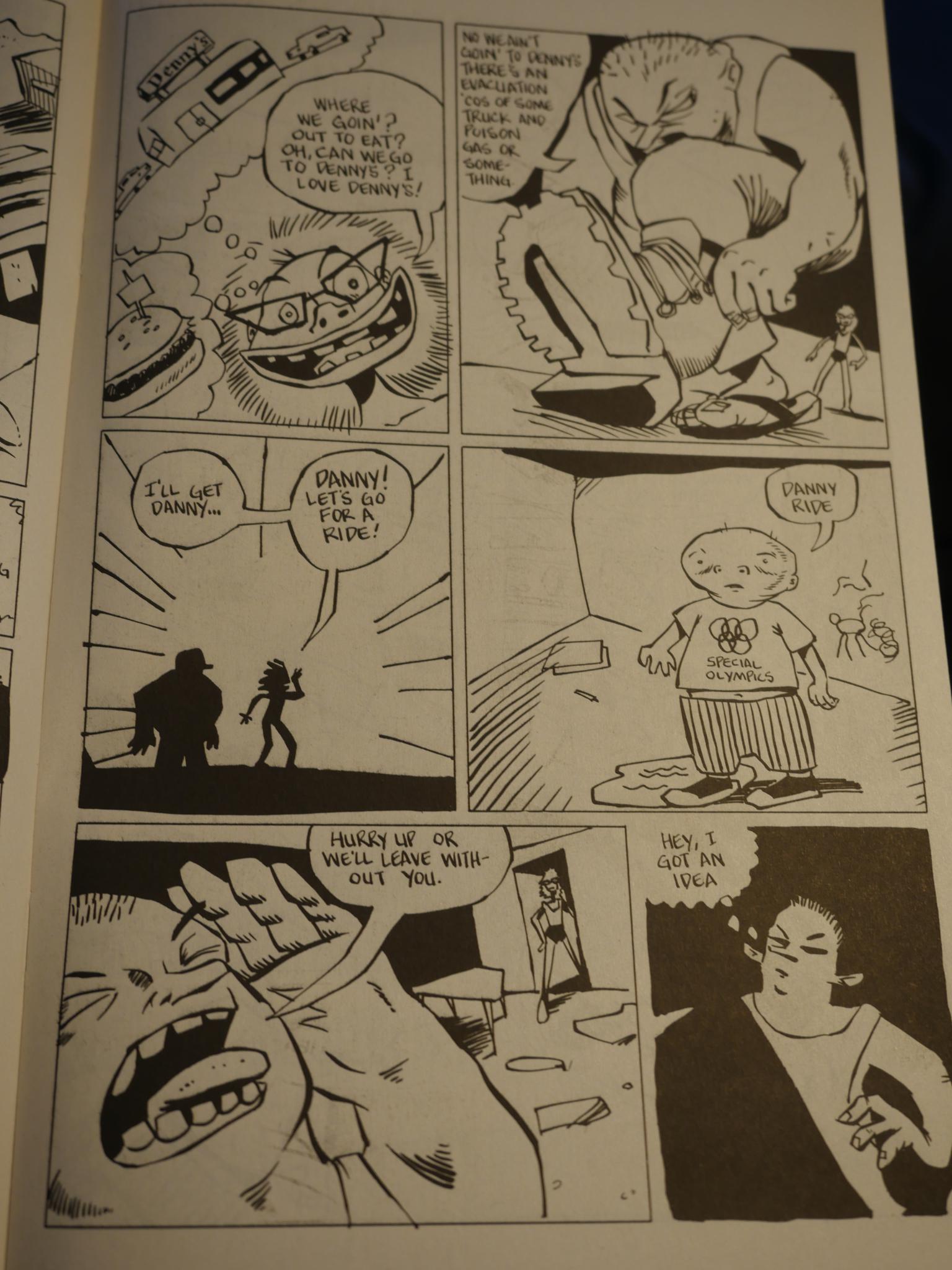 The artwork isn’t very exciting, either. 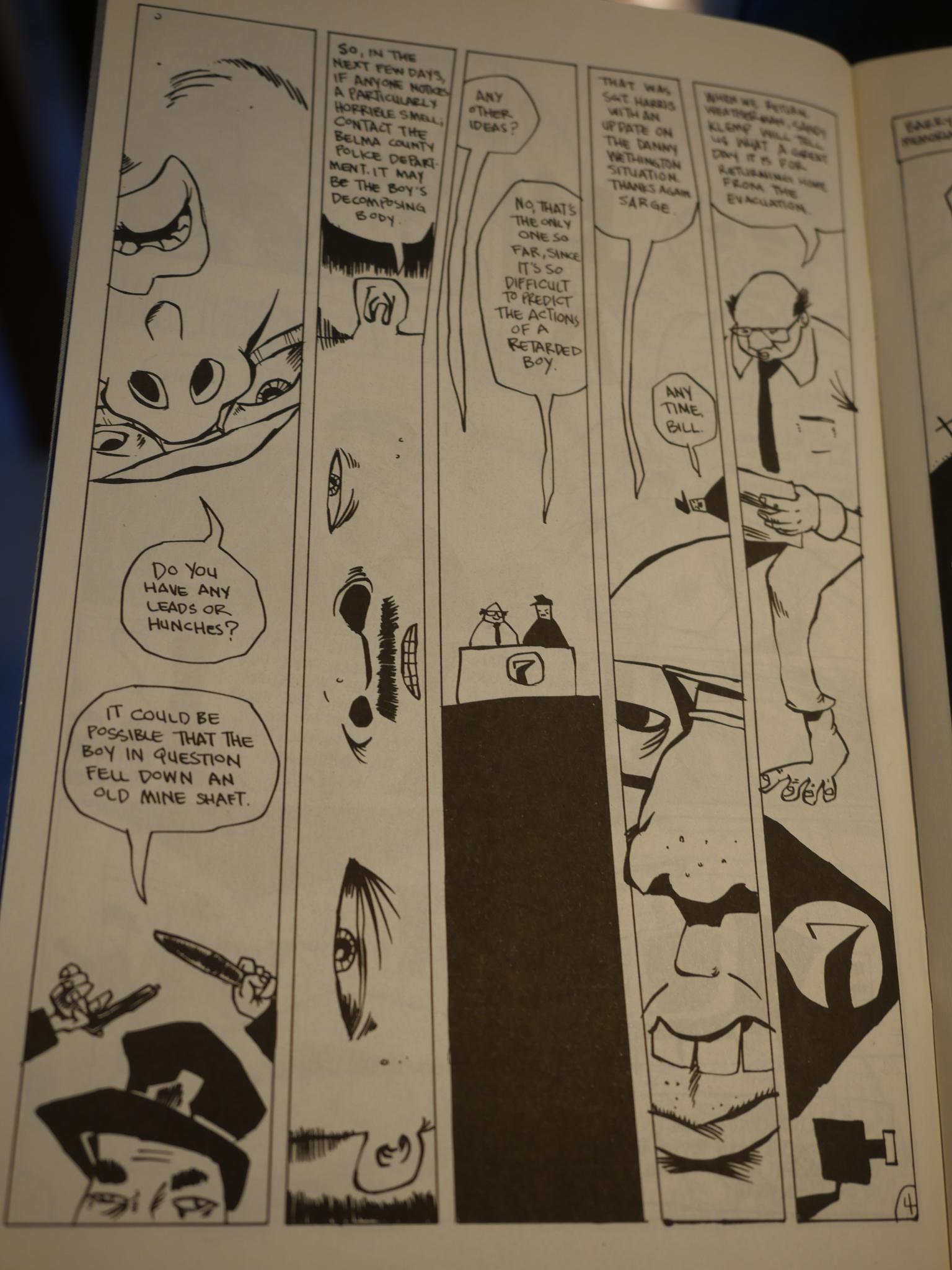 The occasional “experimental” page would have helped a bit… if only they had been any good.

After the series was cancelled (no big surprise: The question is why is was published in the first place (it’s edited by Robert Boyd and not by Thompson or Groth, so perhaps they just didn’t know? (or had all sense of taste blunted by a few years of publishing Eros Comix?))) one further issue was published by Malpractice Graphix.

Neither the writer nor the artist seem to have published much after that.