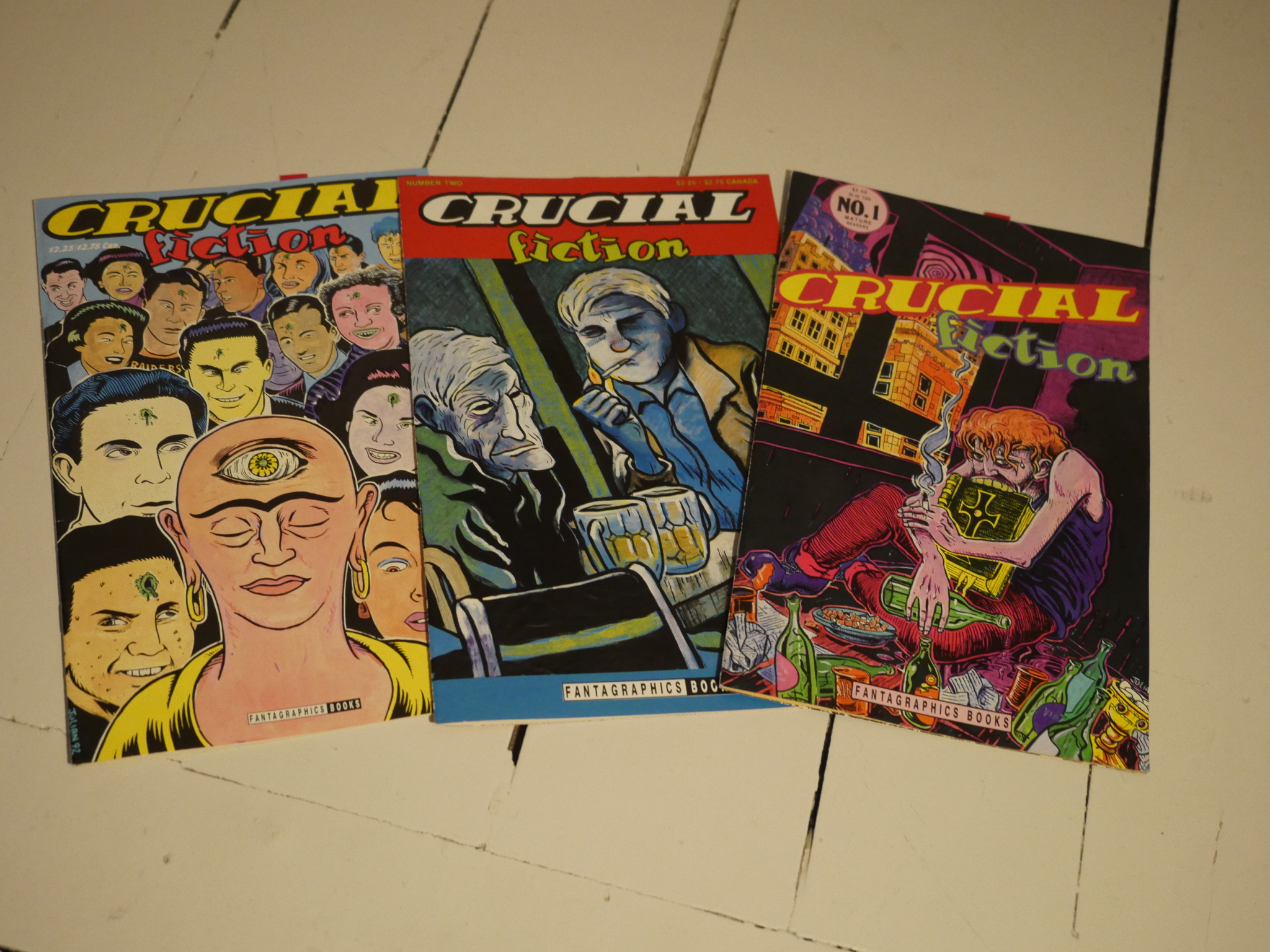 Despite the name, I thought that perhaps this was an autobio series, just based on the intensity of the start of the first issue. 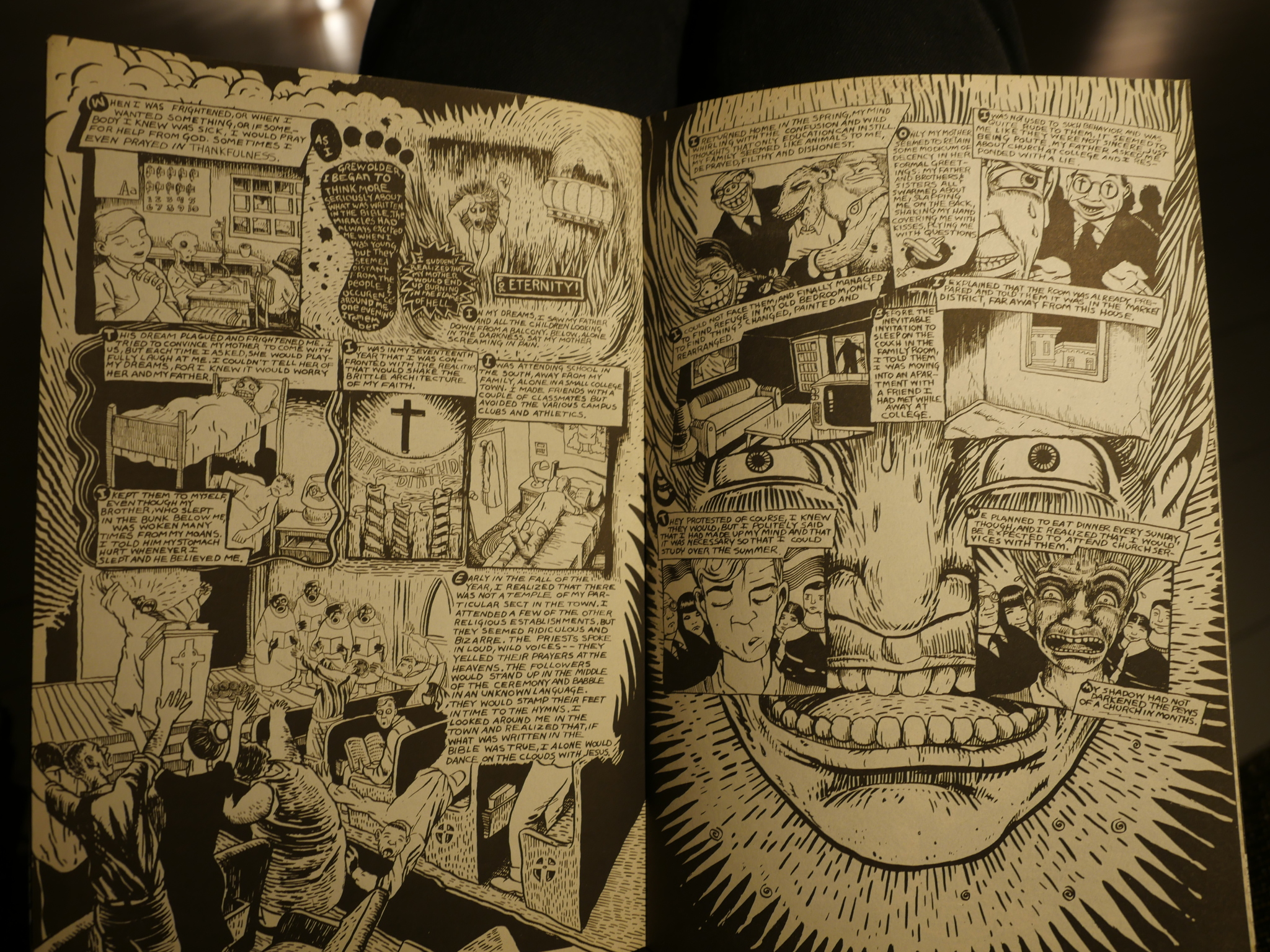 That certainly looks and reads like a confessional religious outsider autobiographical piece, but since it ends with the protagonist building a new Christ from communion wafers and wine, it probably isn’t. 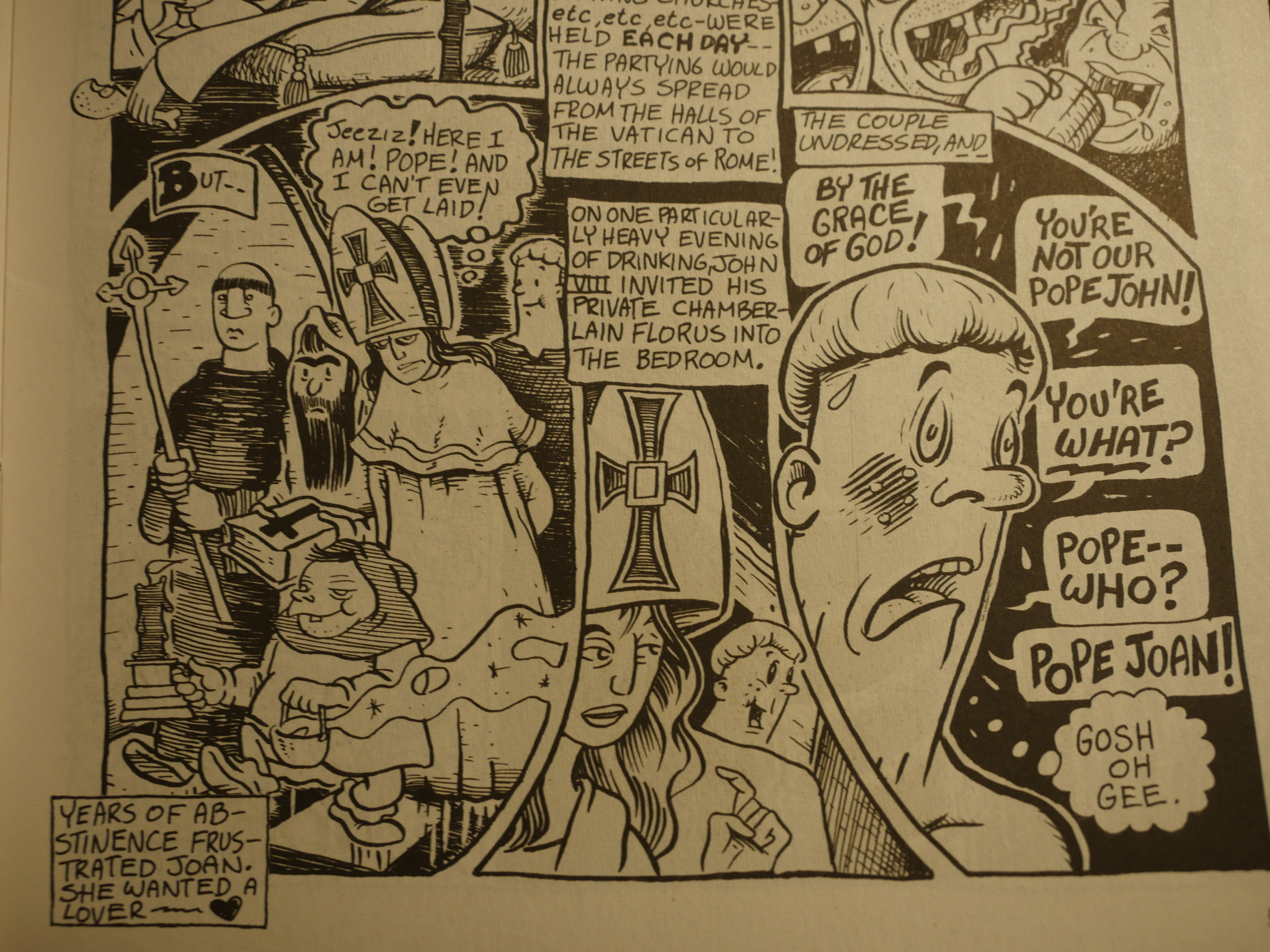 The religious themes continue in the second issue, where we are witnessing a  retelling of the story of Pope Joan, the only female pope (in the 700s). 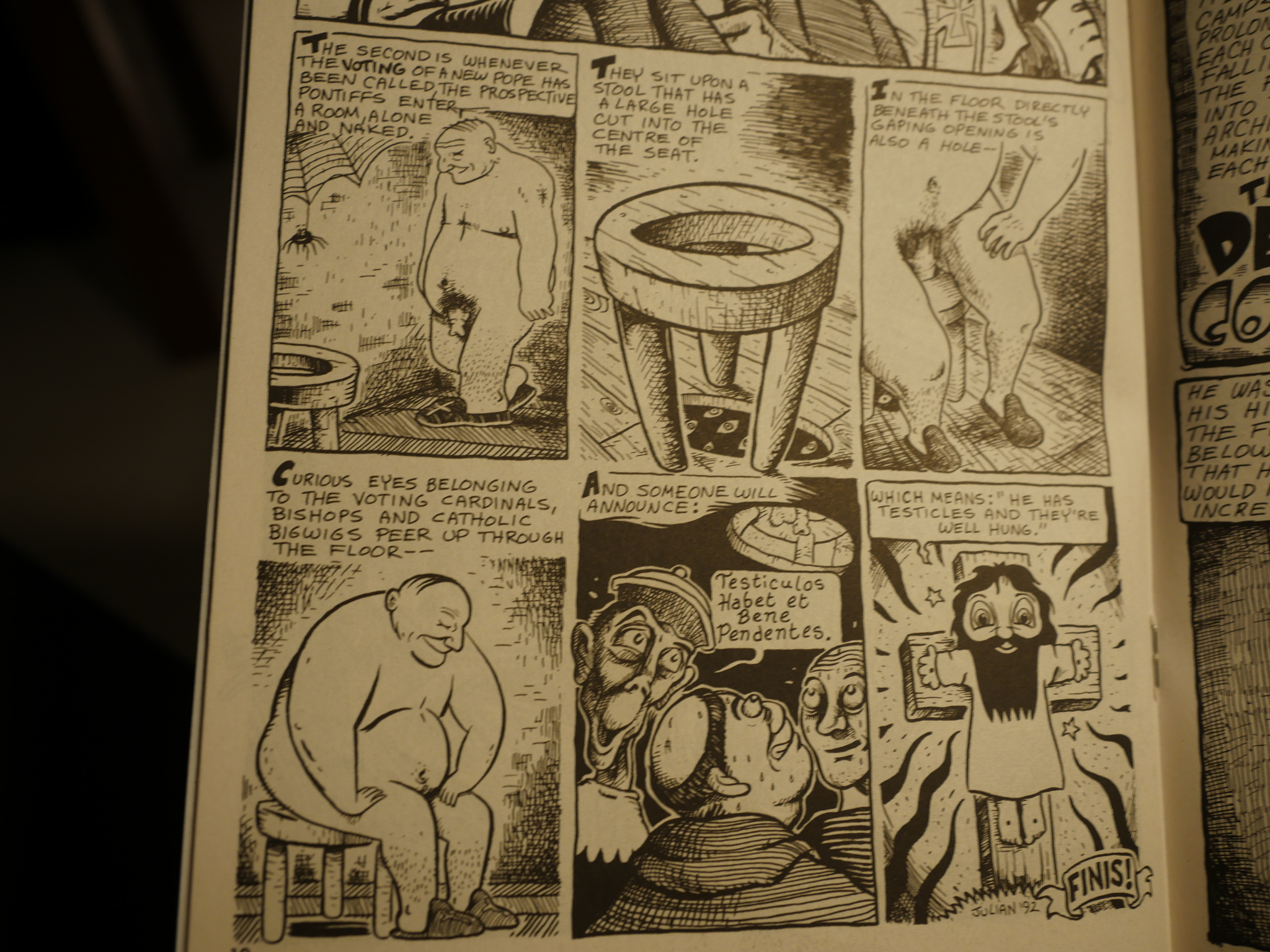 So now they have a stricter pope admission process in place. I have no idea whether either of these things are true, and I don’t care enough to google it, but it’s a more successful story than the first issue. 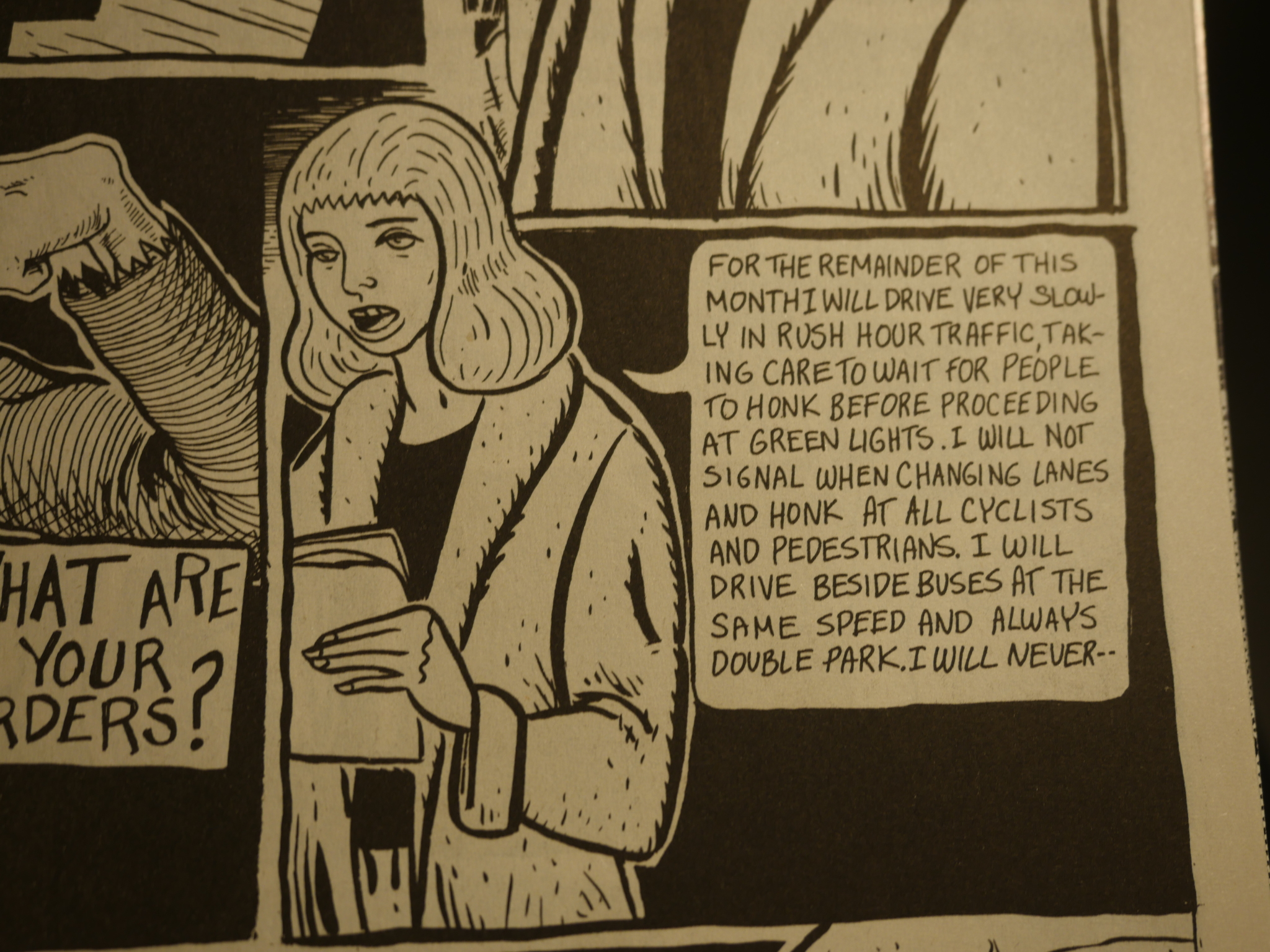 The short backup story is kinda amusing. She’s been given orders on how to sabotage society, or something. 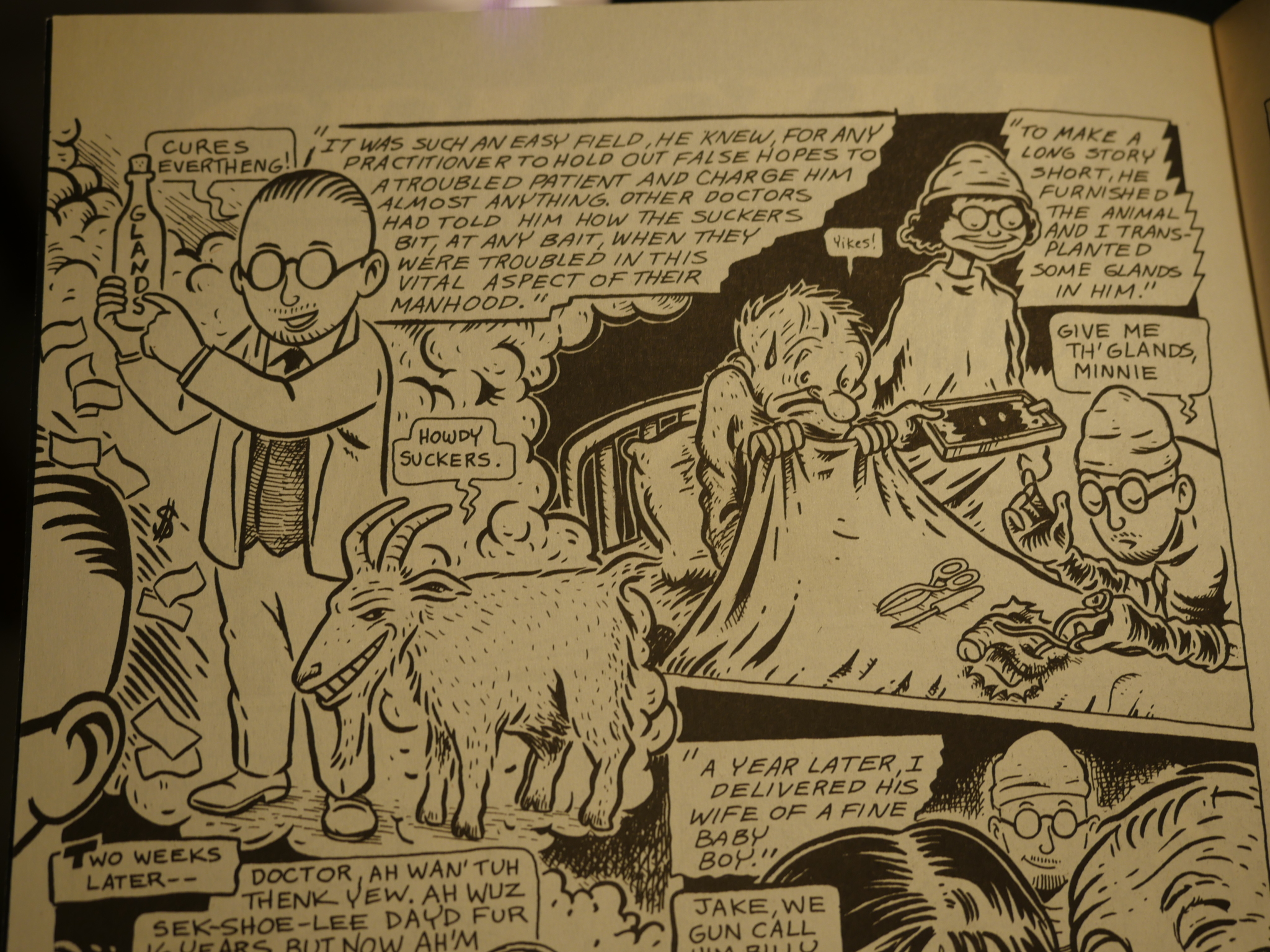 And finally we have the story of the quack J. R. Brinkley who was transplanting goat glands into people in the 1920s. And that story is apparently true.

Tsk. Not fiction! You can’t trust anybody these days…

Lawrence and Yuill do not seem to have published a lot after Crucial Fiction was cancelled with the third issue.