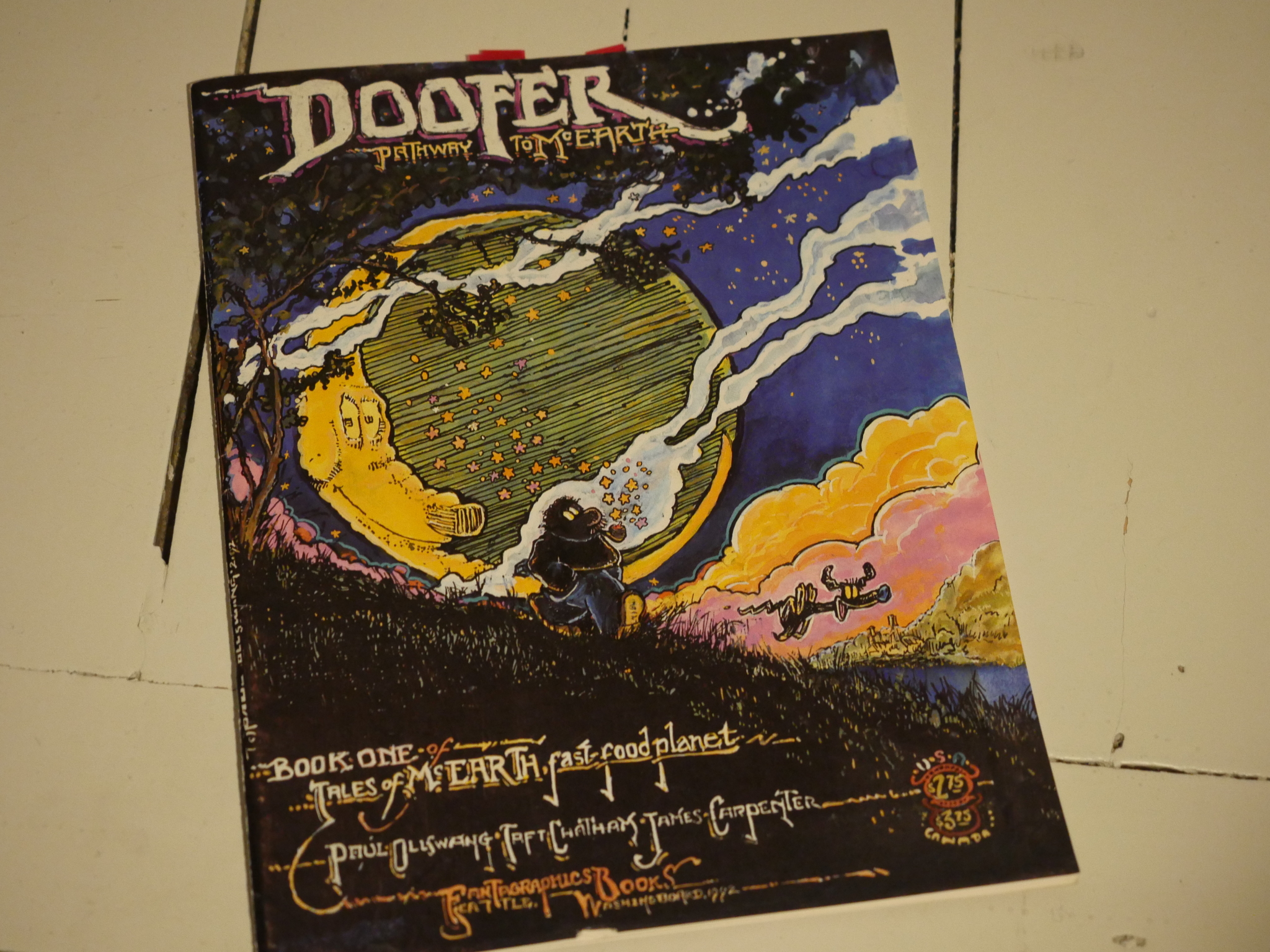 This magazine reprints a few of the Ollswang pieces from Graphic Story Monthly and Prime Cuts, the two earliest “general” Fantagraphics anthologies. In addition, there’s a framing story of sorts… 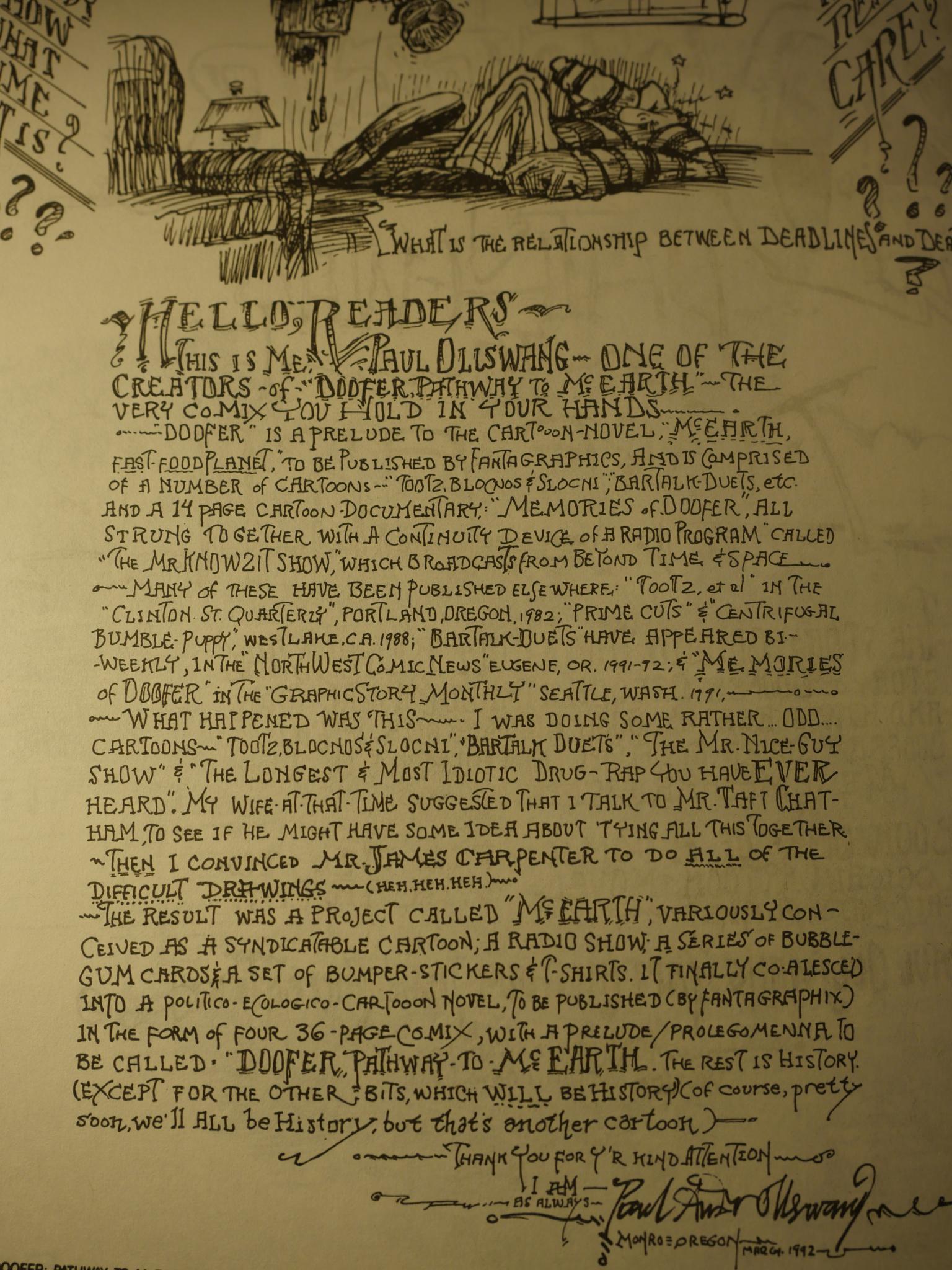 … because this magazine was meant as an introduction to a graphic novel to be published later, called “McEarth”. To the best of my knowledge it was never published, which is a shame, because there’s so much here to enjoy. 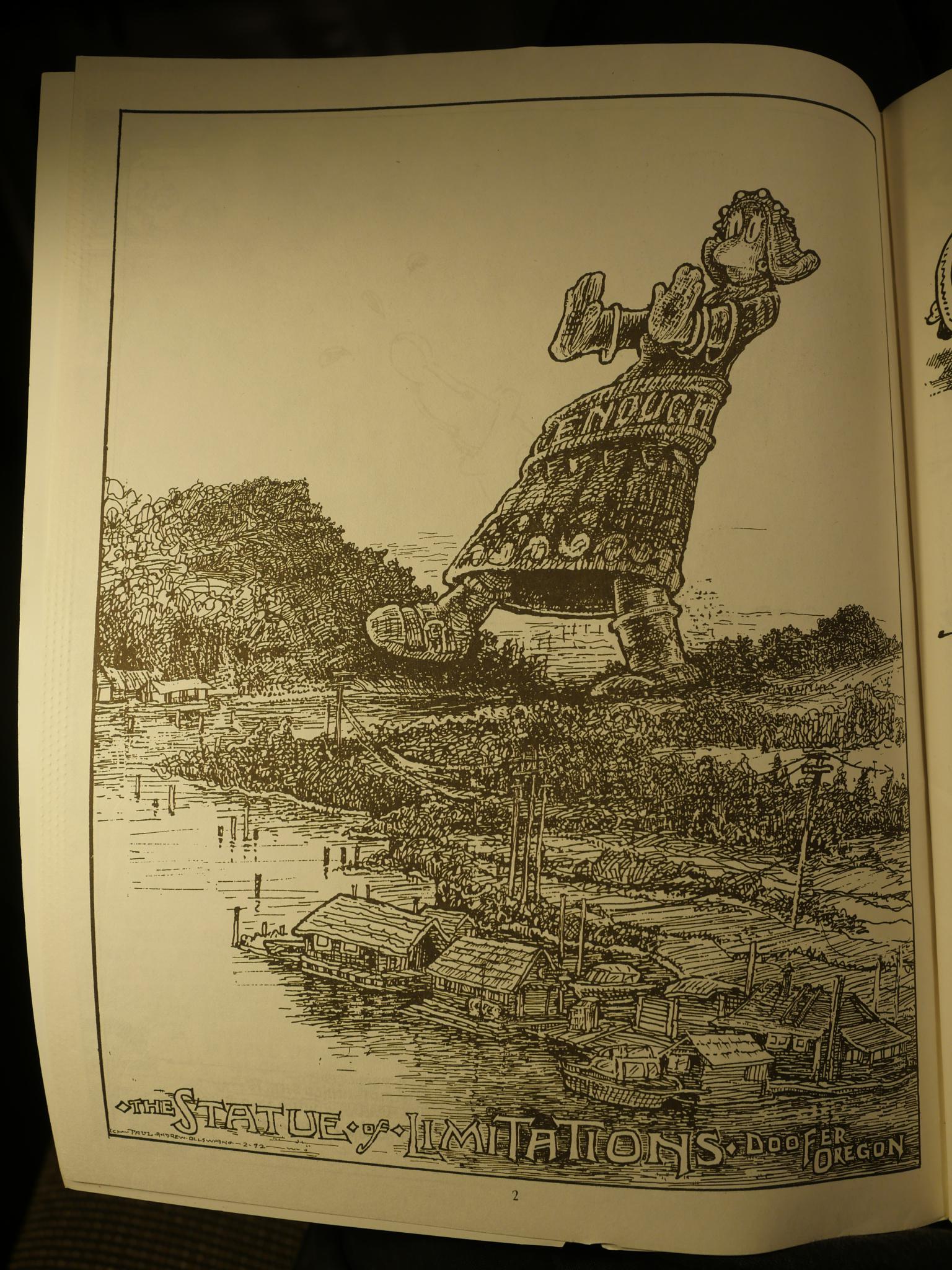 The humour is rather gentle and relies on very silly word play a lot of the time, like here with The Statue of Limitations. (We later learn of an alien who is “The Flying Saucier: Gastro-Gnome”.) If things like that make you groan in feigned pain, this might not be the book for you. 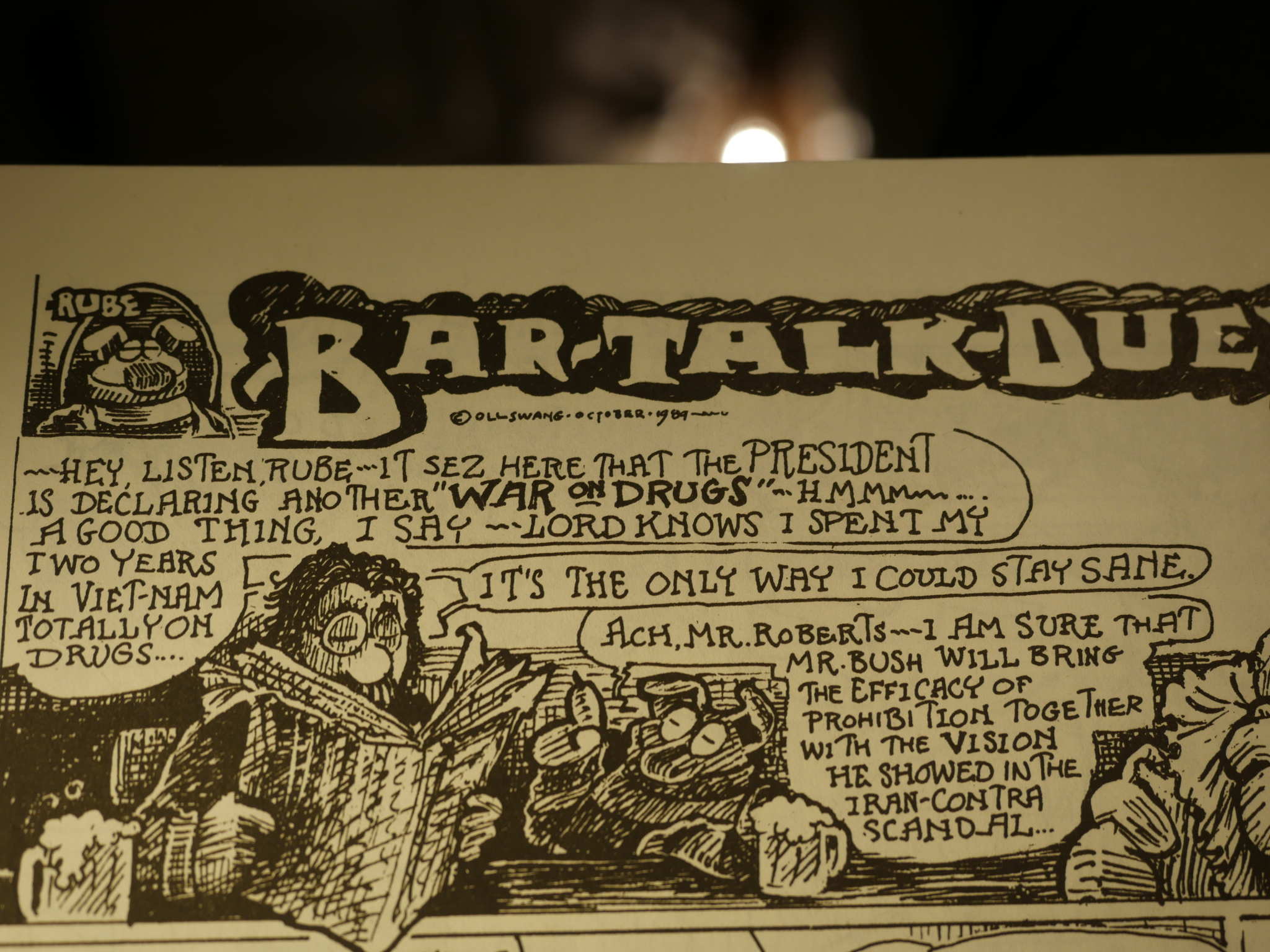 I just think there’s something rather irresistible about this kinda hippyish, laid-back humour coupled with the 1920-ish cartooning. It rather reminds me of Krazy Kat in many ways: The slight vagueness and the way things flow instead of happen. 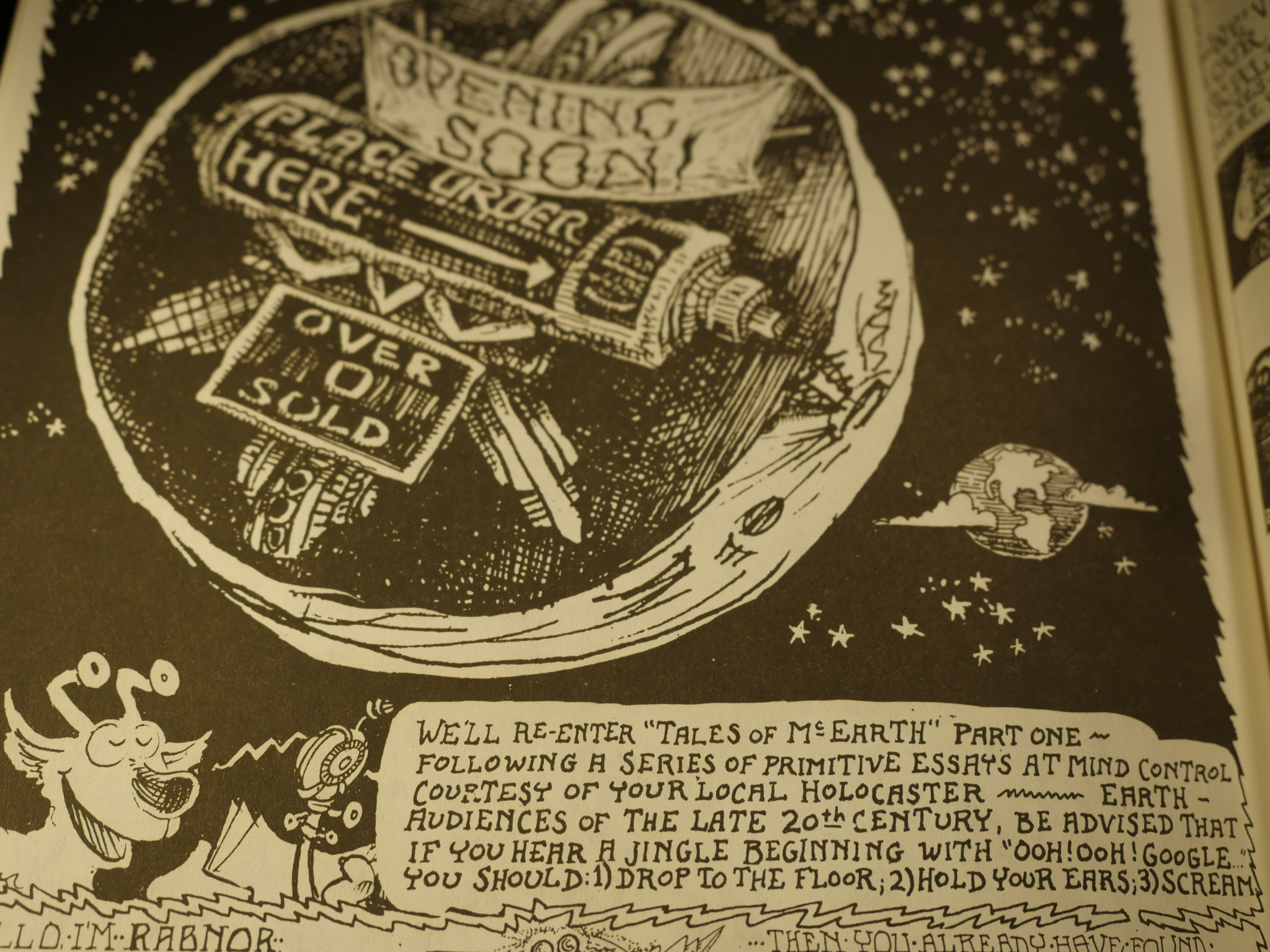 If only we’d heeded this warning! Google!

Sadly, Ollswang died in 1996. Somebody should get their act together and publish a retrospective.