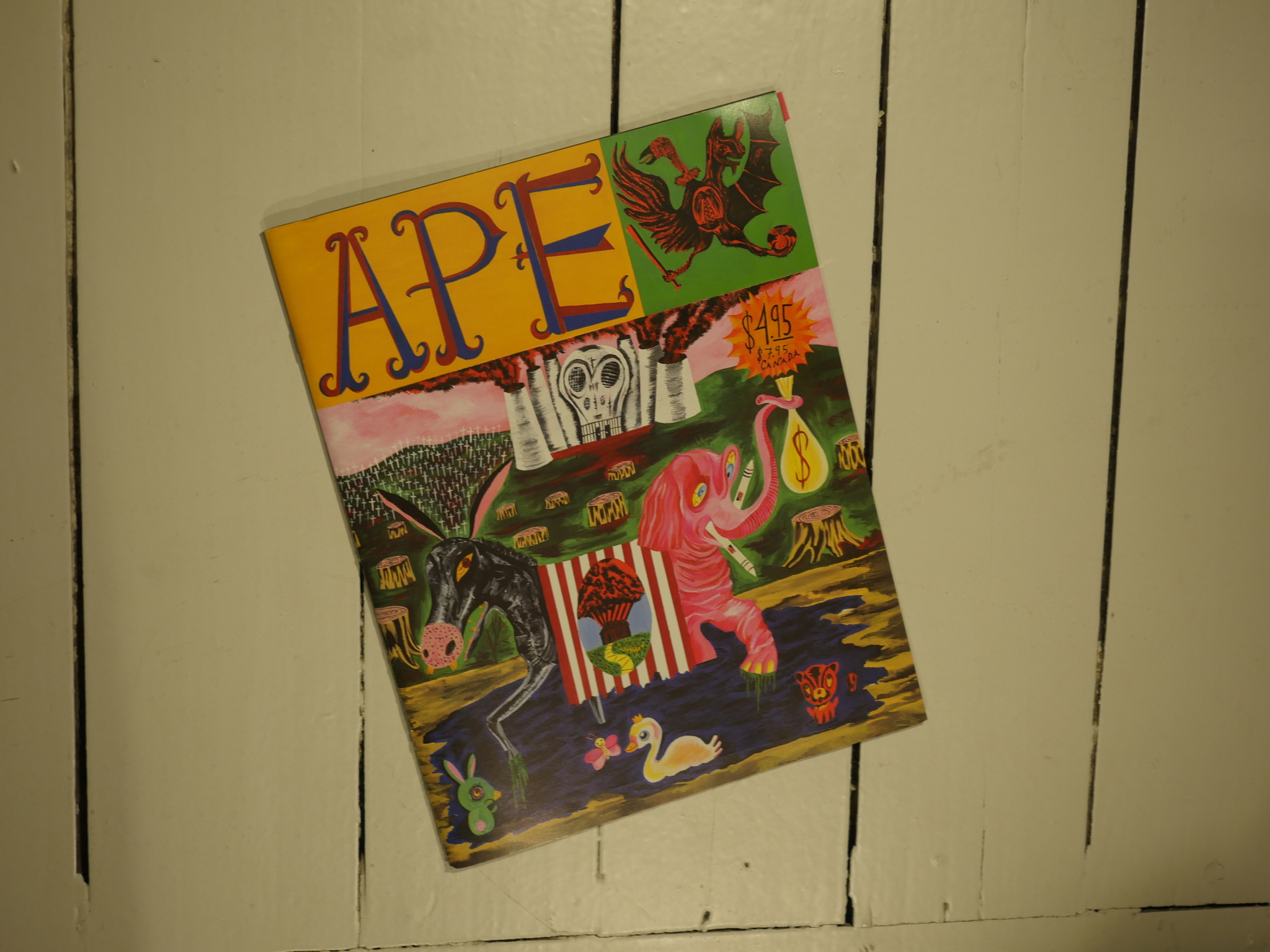 Jouflas appeared in various anthologies (like Pictopia) throughout the 90s, and published two books, both of which I vaguely remember as being collections of shorter pieces (Scary and Filthy). But I may be misremembering; it’s a long time since I’ve read those. 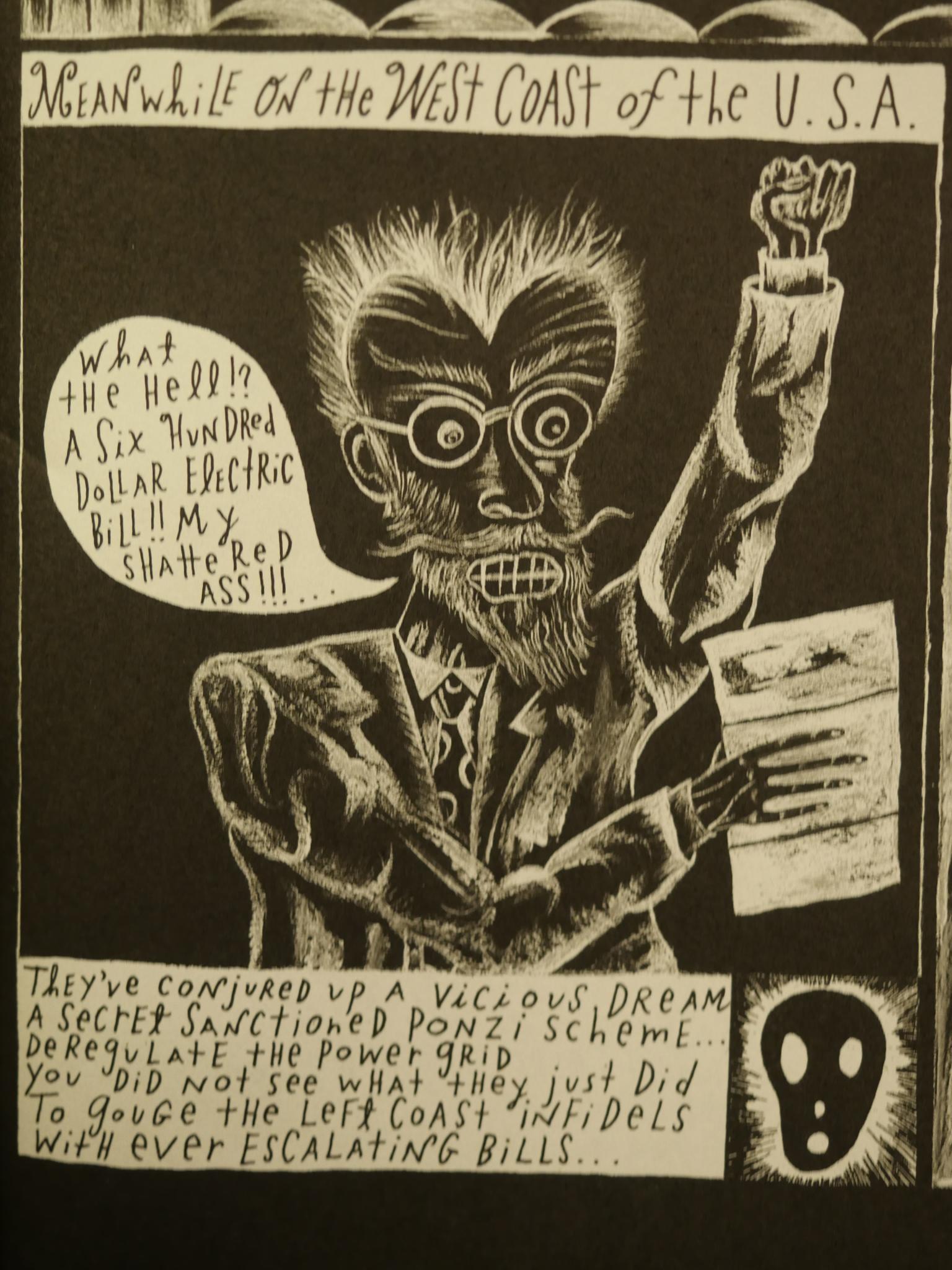 This 32 page magazine (with stiff covers) is basically one long illustrated poem. With end rhymes. 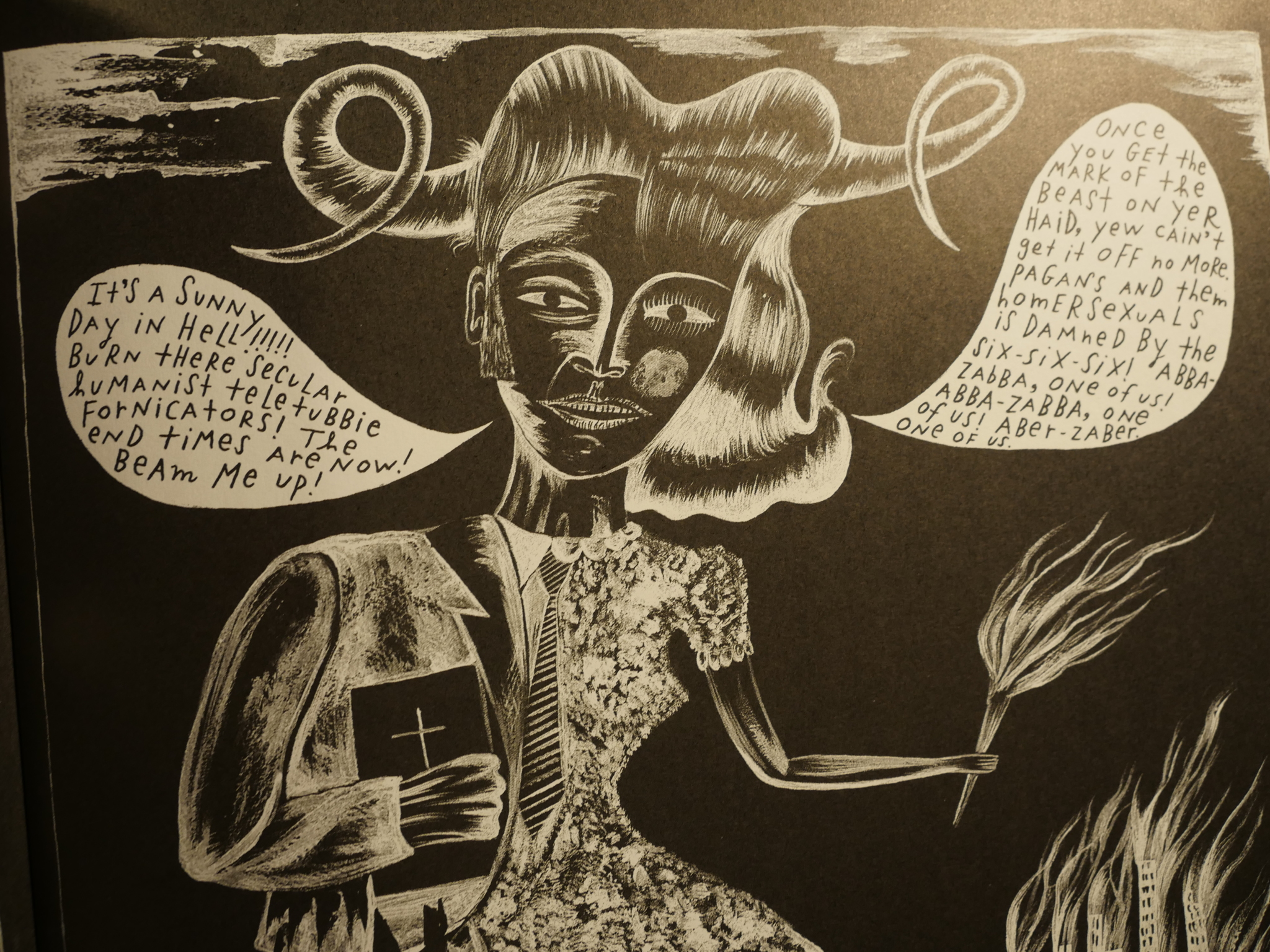 Jouflas illustrates the poem (which is about politics and stuff) by painting with white over black, apparently. It doesn’t look like scratchboard or anything, but has the texture of (perhaps) acrylics on canvas? Or perhaps it’s been inverted photographically… 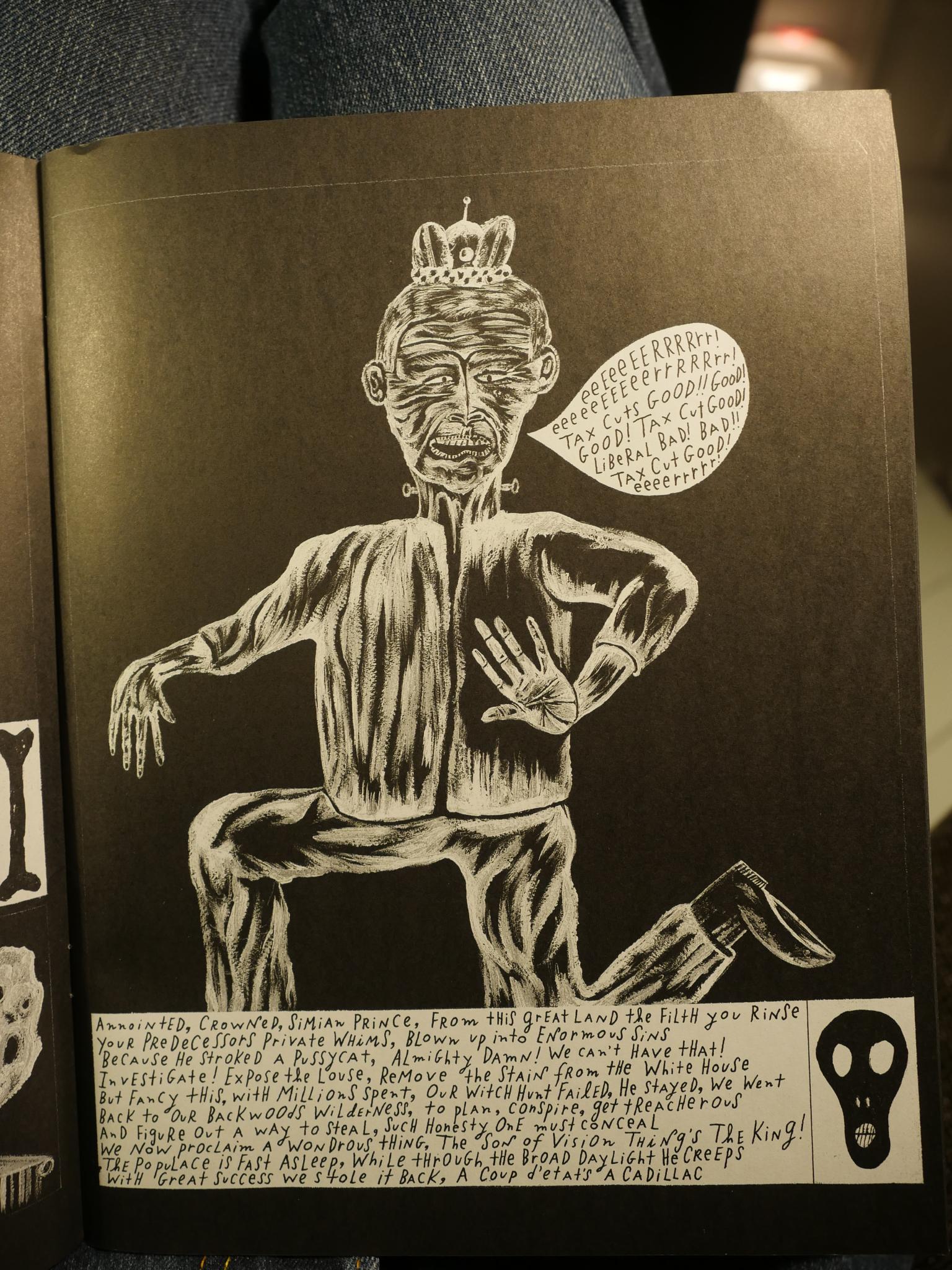 It looks like this was Jouflas’ final comic book, but he’s still working as a painter and illustrator.