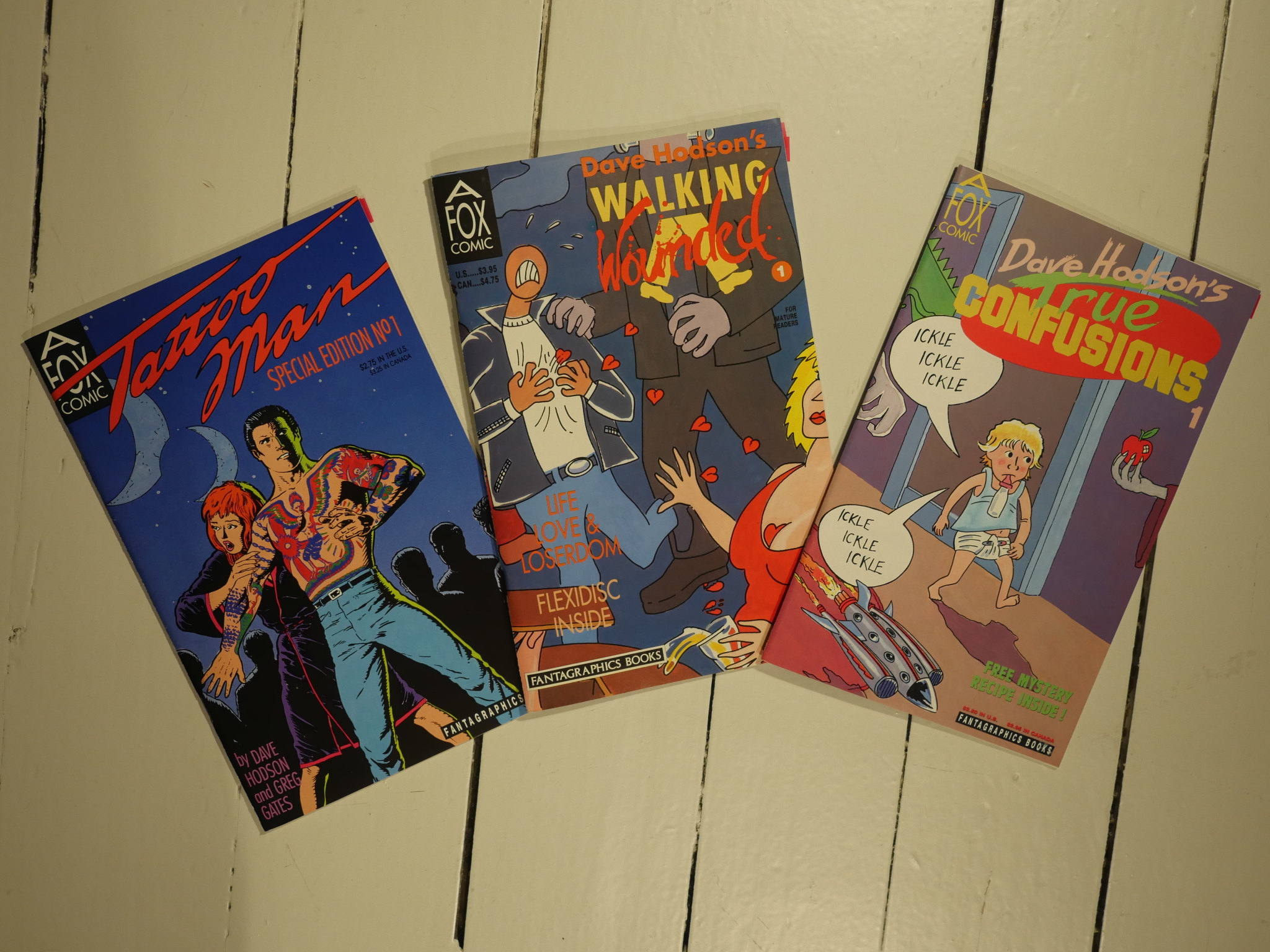 These comics were part of the attempt by the Australian Fox Comics to get wider distribution by co-publishing with Fantagraphics. The Fox Comics anthology was being published somewhat concurrently with these comics. 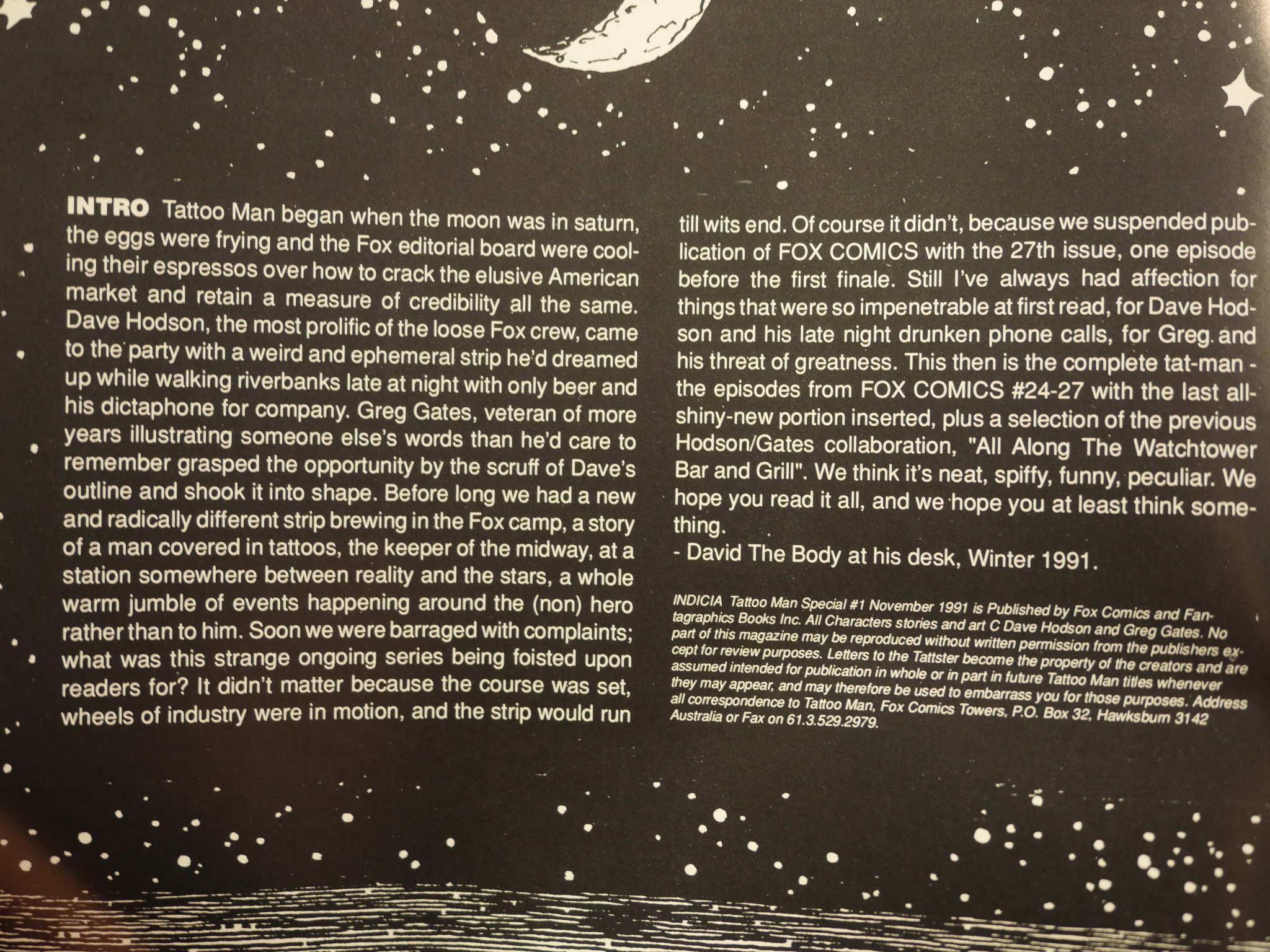 Tattoo Man reprints the serial from the Fox Comics anthology, and adds a final chapter to give a resolution to the somewhat dreamlike story. 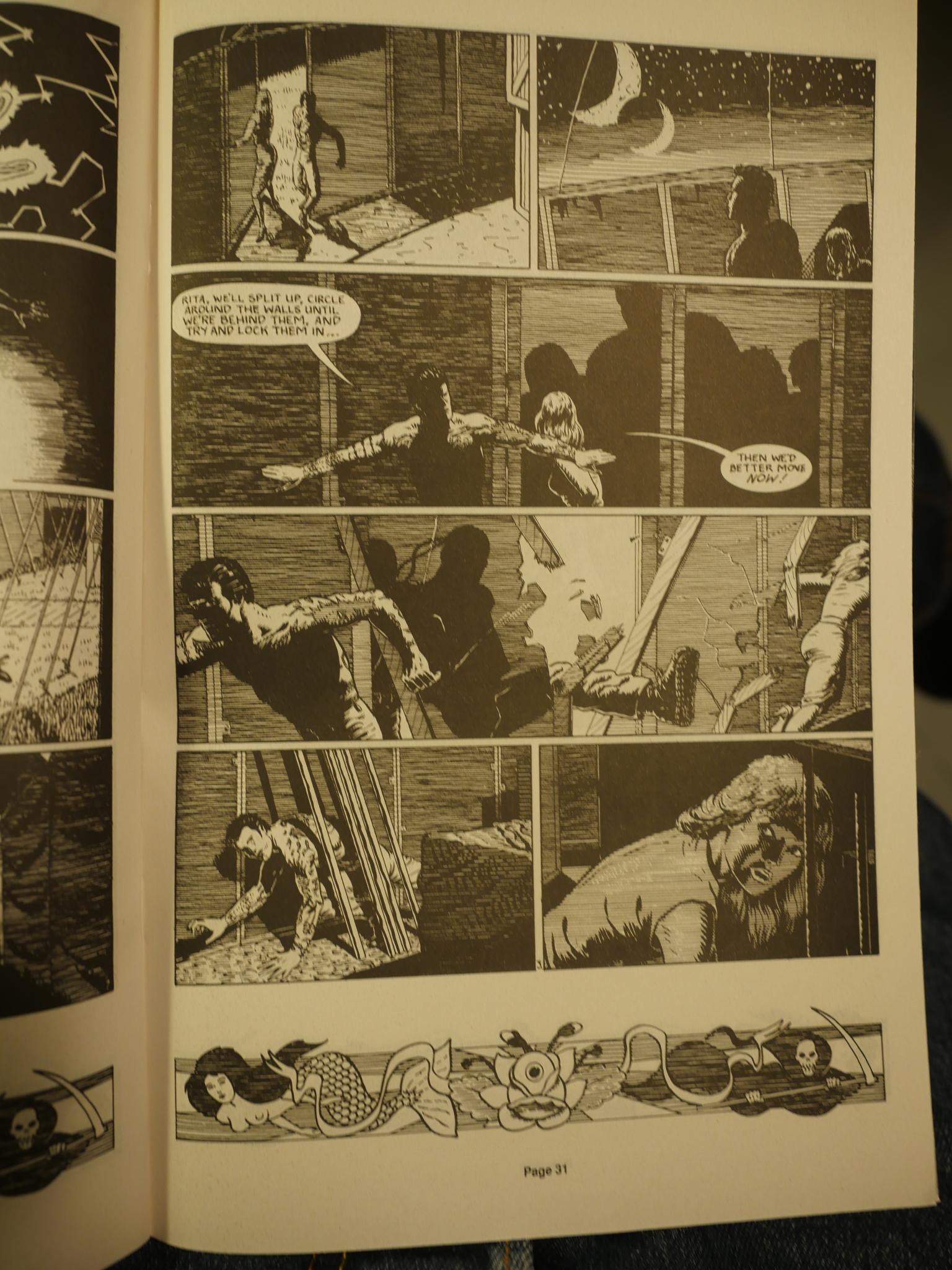 I really enjoy Gates’ hatching technique. Also note the border at the bottom to fill the space due to originally being drawn for magazine ratios. 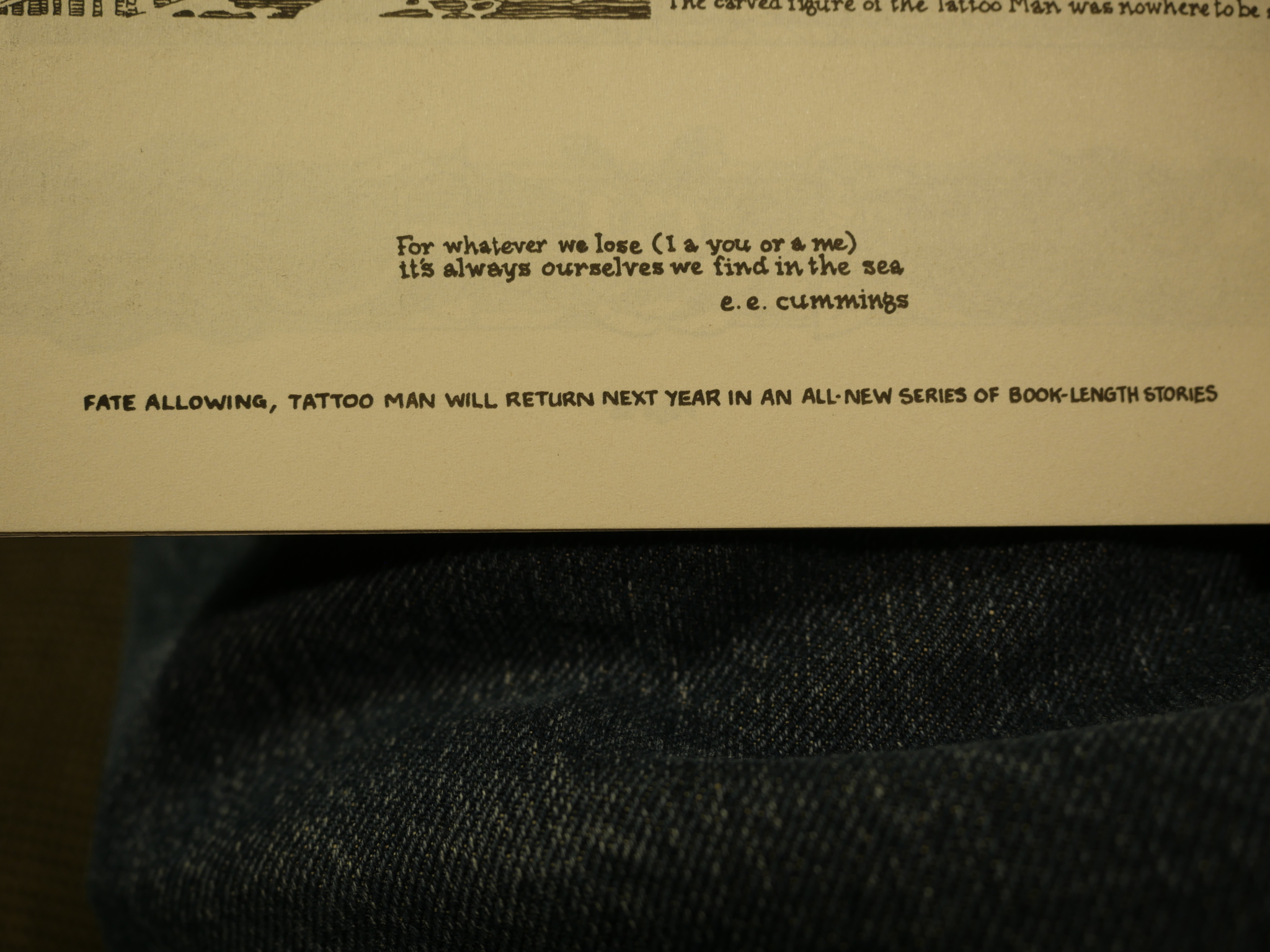 I guess fate didn’t allow, because I can’t find anything about any further issues being published. 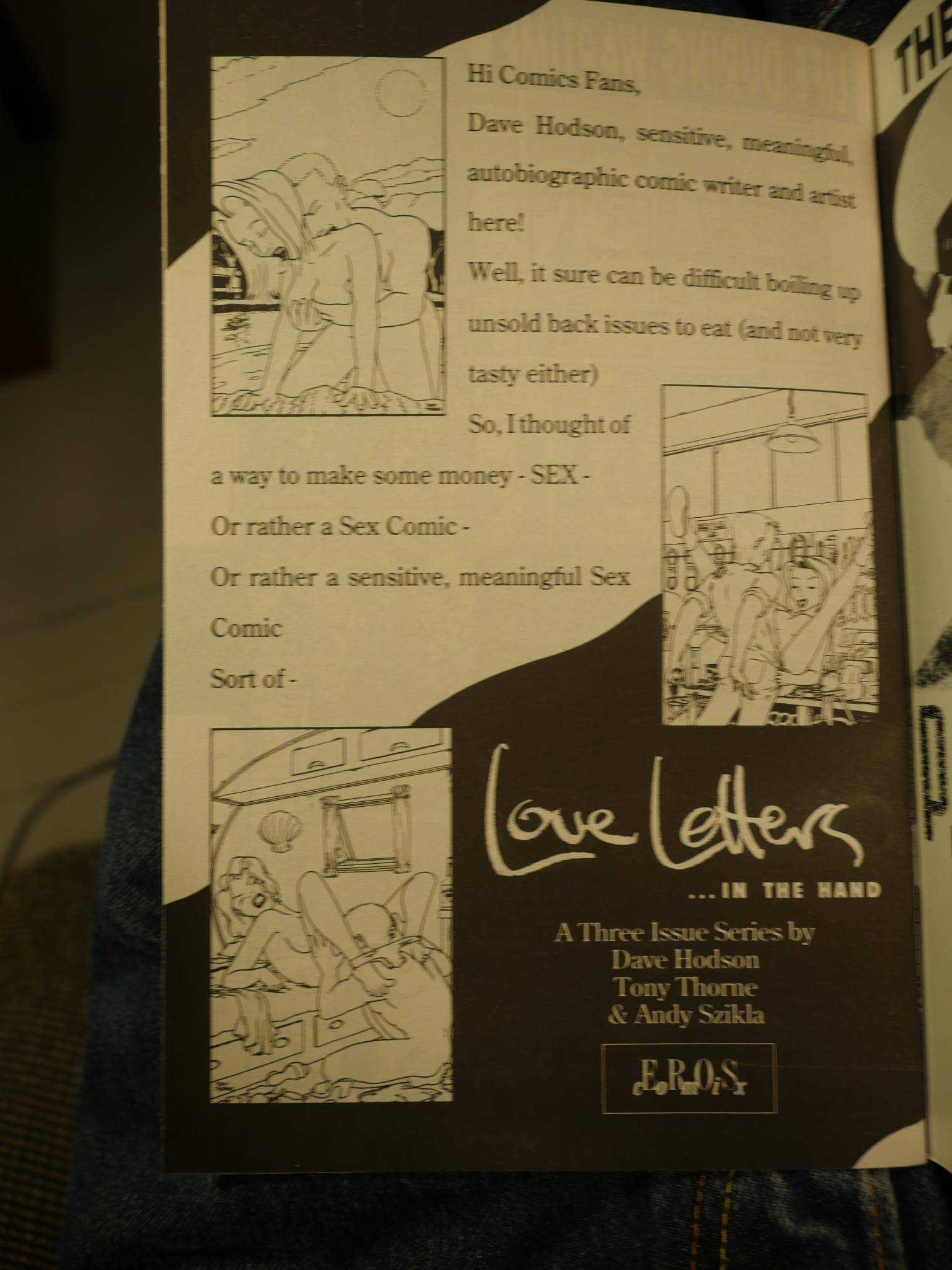 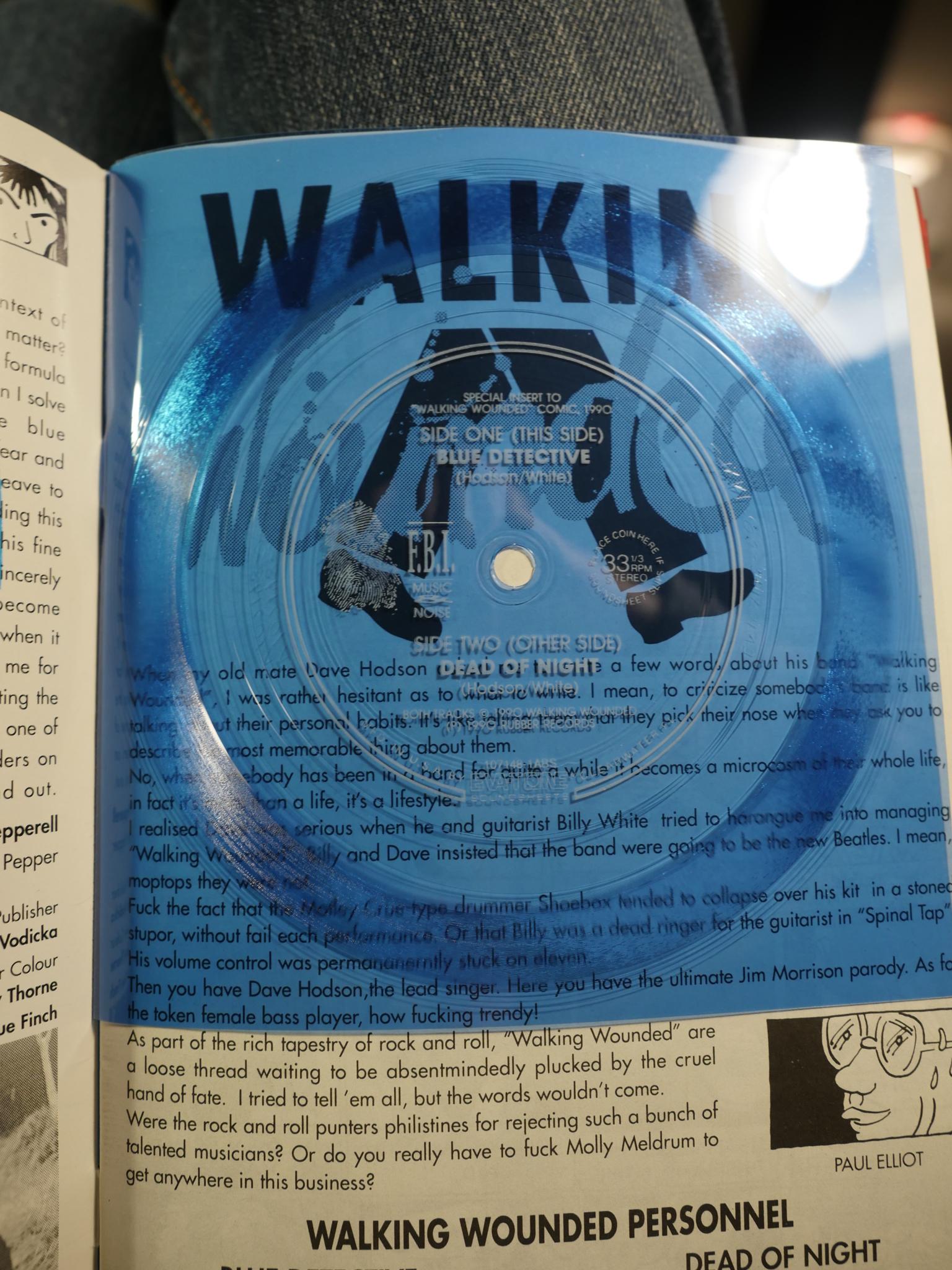 Anyway, Walking Wounded is a solo Hodson book, and includes a flexi from his band by the same name. (I haven’t listened to it.) 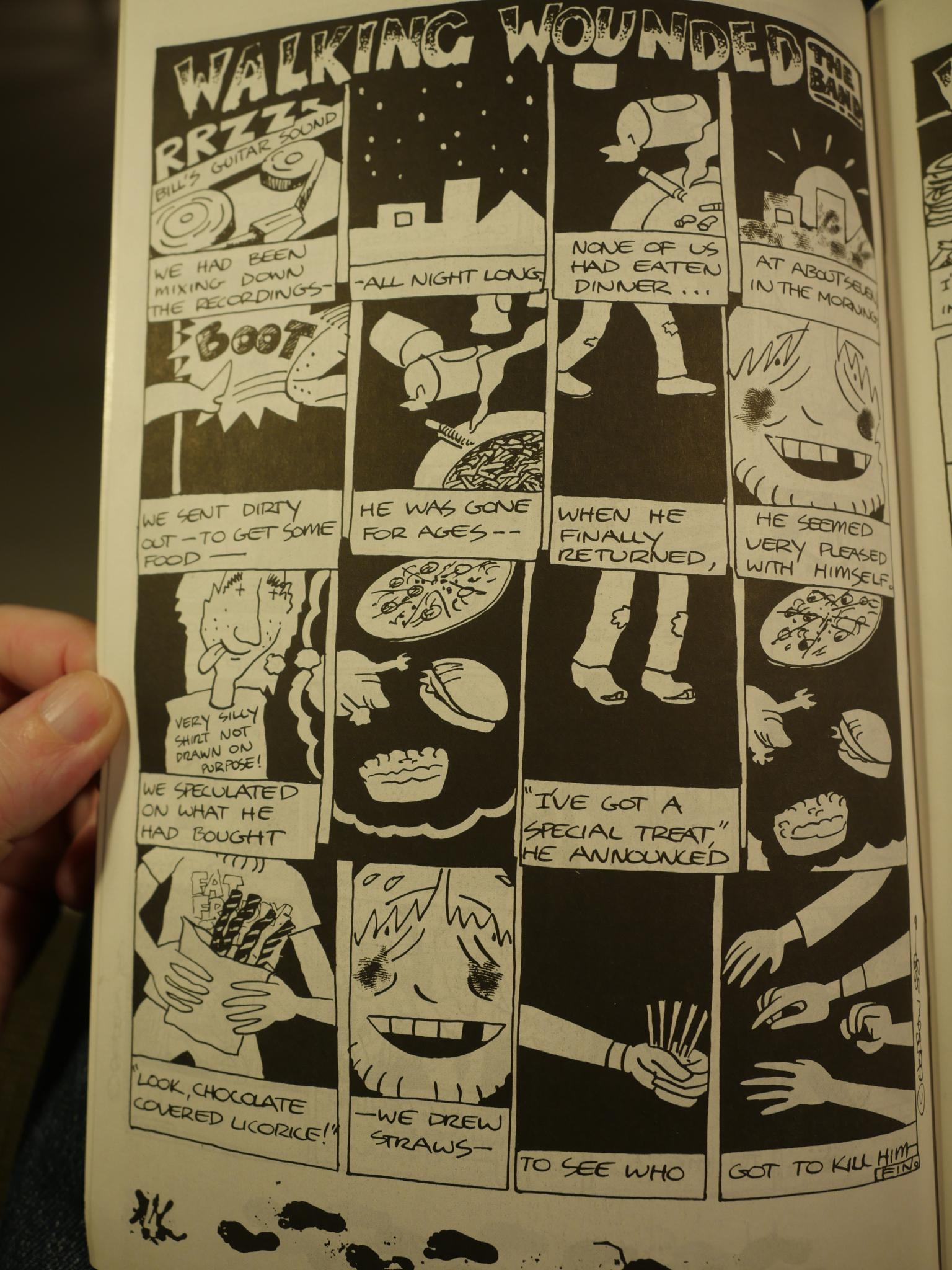 I really like Hodson’s storytelling approach. The drawings are usually somewhat oblique: Lots of drawings of random body parts instead of showing complete figures. The short captions create a very specific rhythm pulling you through the pages. 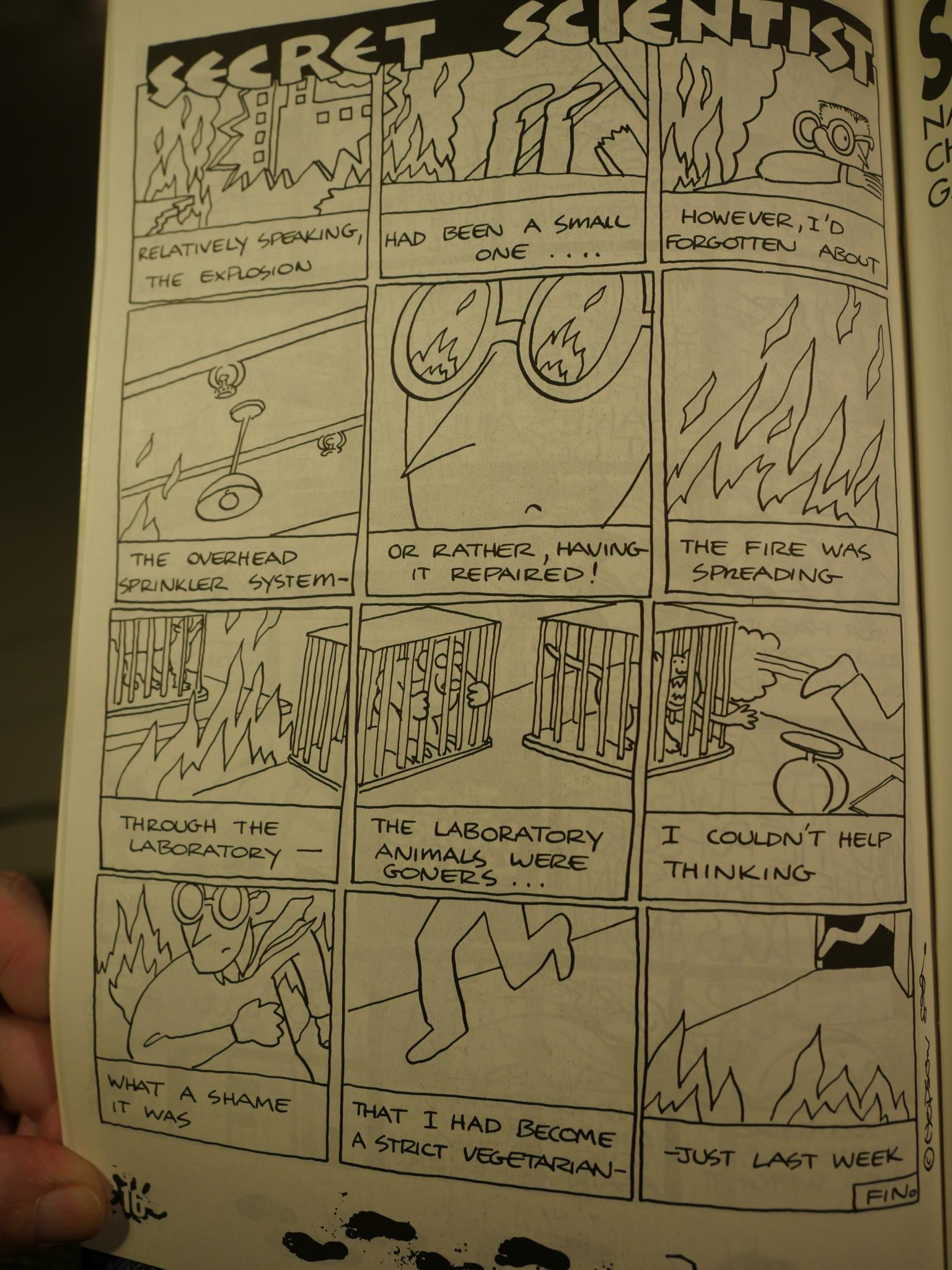 However, 48 pages of these rather light-weight stories is a bit much. I found myself growing rather impatient after a while. The storytelling technique seems to hint at depths while the content seldom seems to rise above simple jokes. 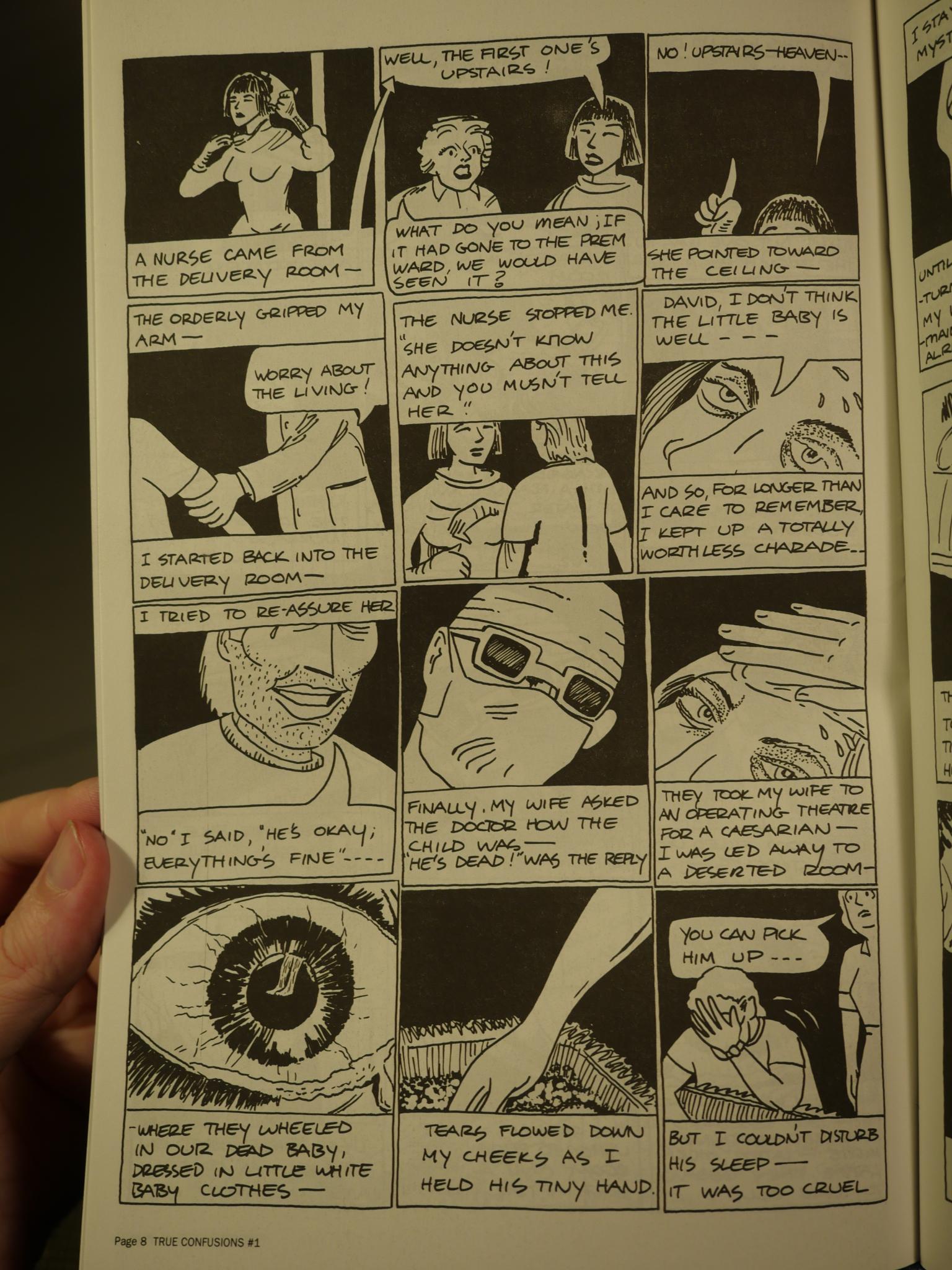 So I was completely unprepared for True Confusions, the third of these Fox Comics, and also by Hodson. I was expecting more of these lightweight one-pagers, and instead it’s a harrowing autobiographical story involving death of a child, divorce and childhood remembrances. 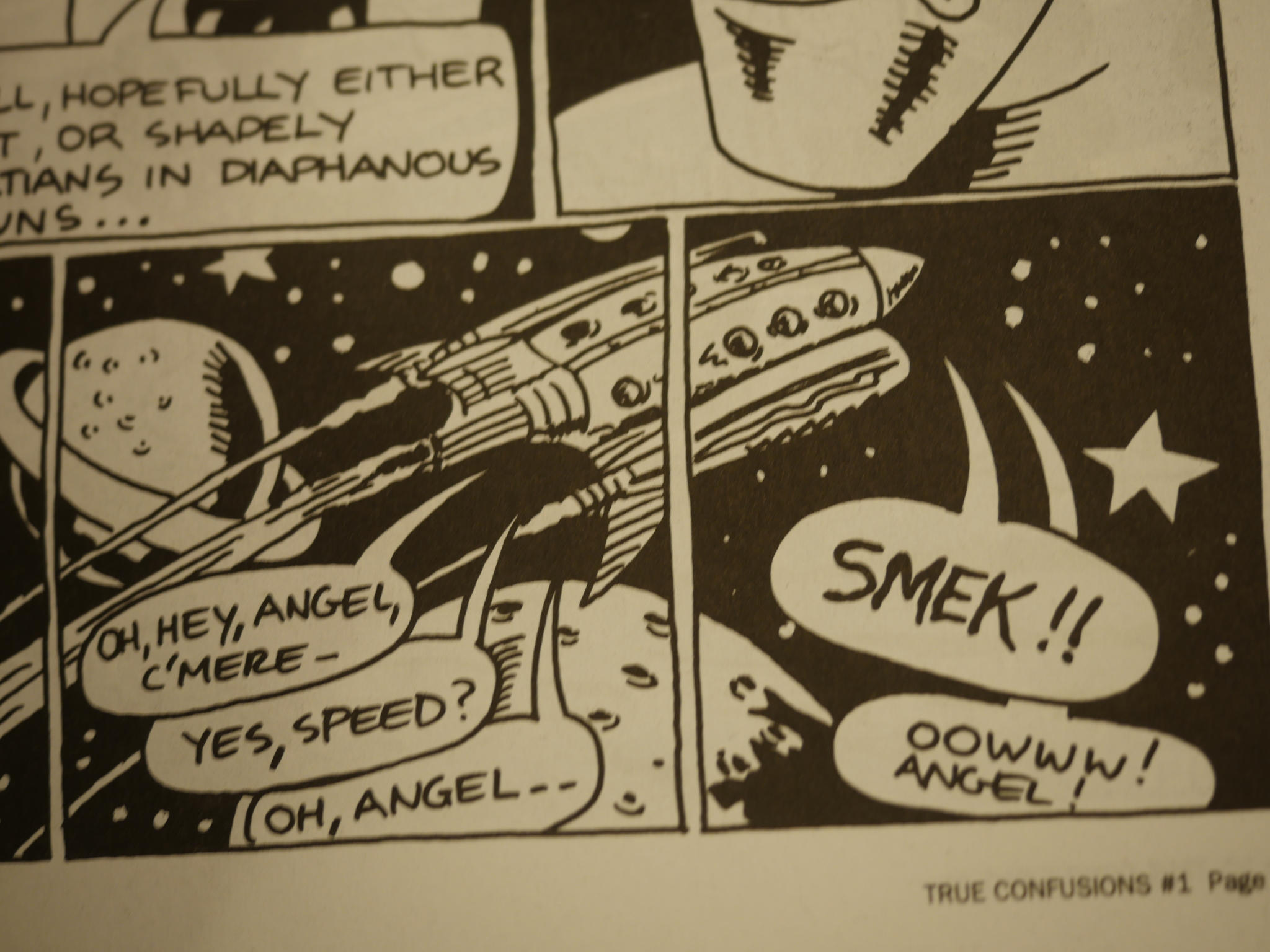 Interspersed seemingly at random are these nonsensical stories apparently springing out of childhood remembrances of an Australian radio show about some astronauts.

It feels like our minds slip into these astronaut stories to escape the intensity of the surrounding autobio comics. A breather of sorts or a chance to recover.

It seems like Hodson is still active in Australian comics circles, contributing to various anthologies, but no further books have been published outside Australia, as far as I can google.