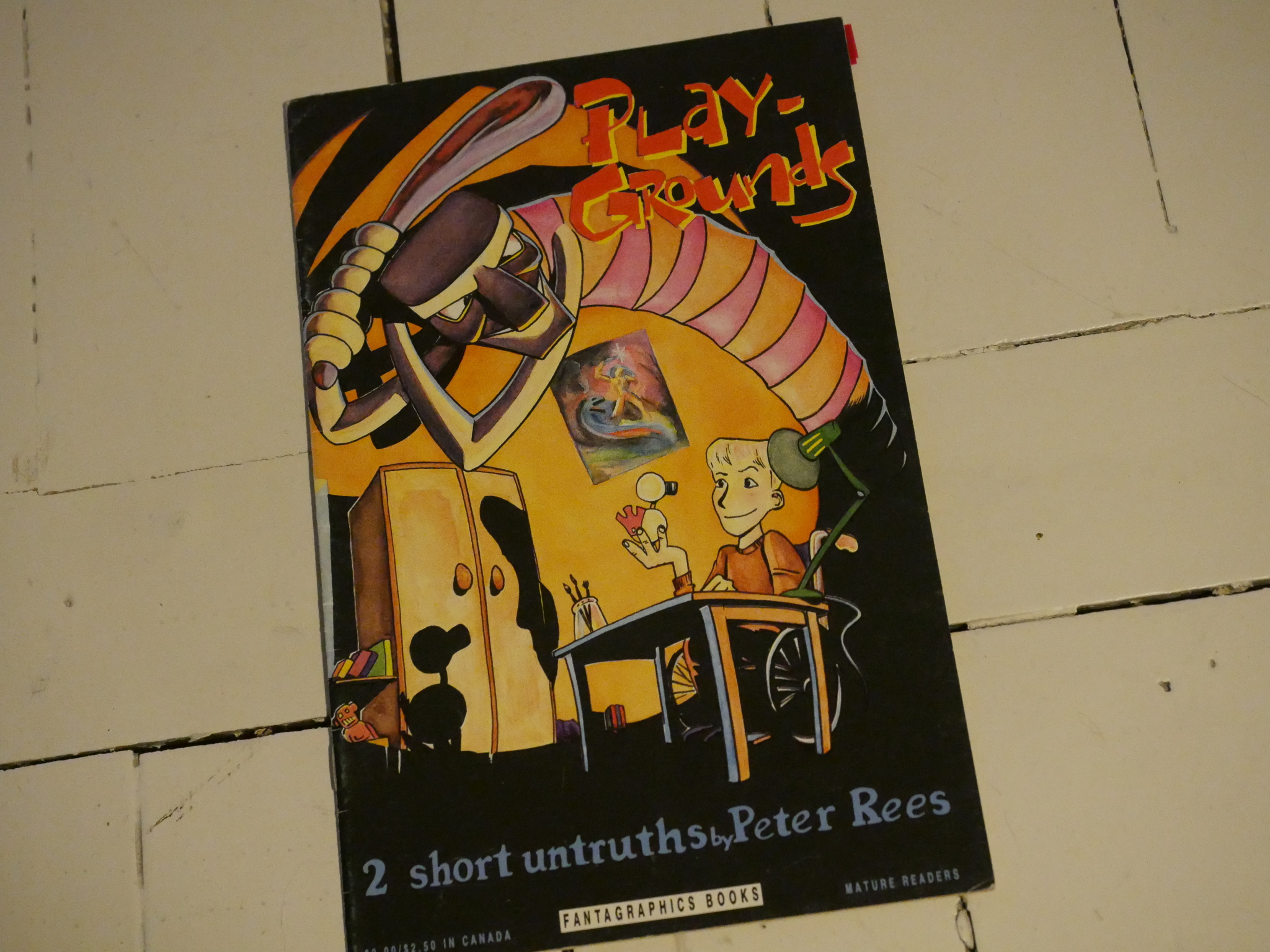 In the Obscure Fantagraphics Publications Derby, I think this probably takes the prize: I can’t find any reviews of it on the web or in The Comics Journal, but a mention in a comments page tells me that this was originally published in New Zealand, and then republished by Fantagraphics.

Around this time, Fantagraphics published a handful of artists from Australia and New Zealand, with mixed results. Fox Comics and Dave Hodson’s comics were all pretty good, while the What The Fuck-ness of Teaser and the Blacksmith can’t be overstated. 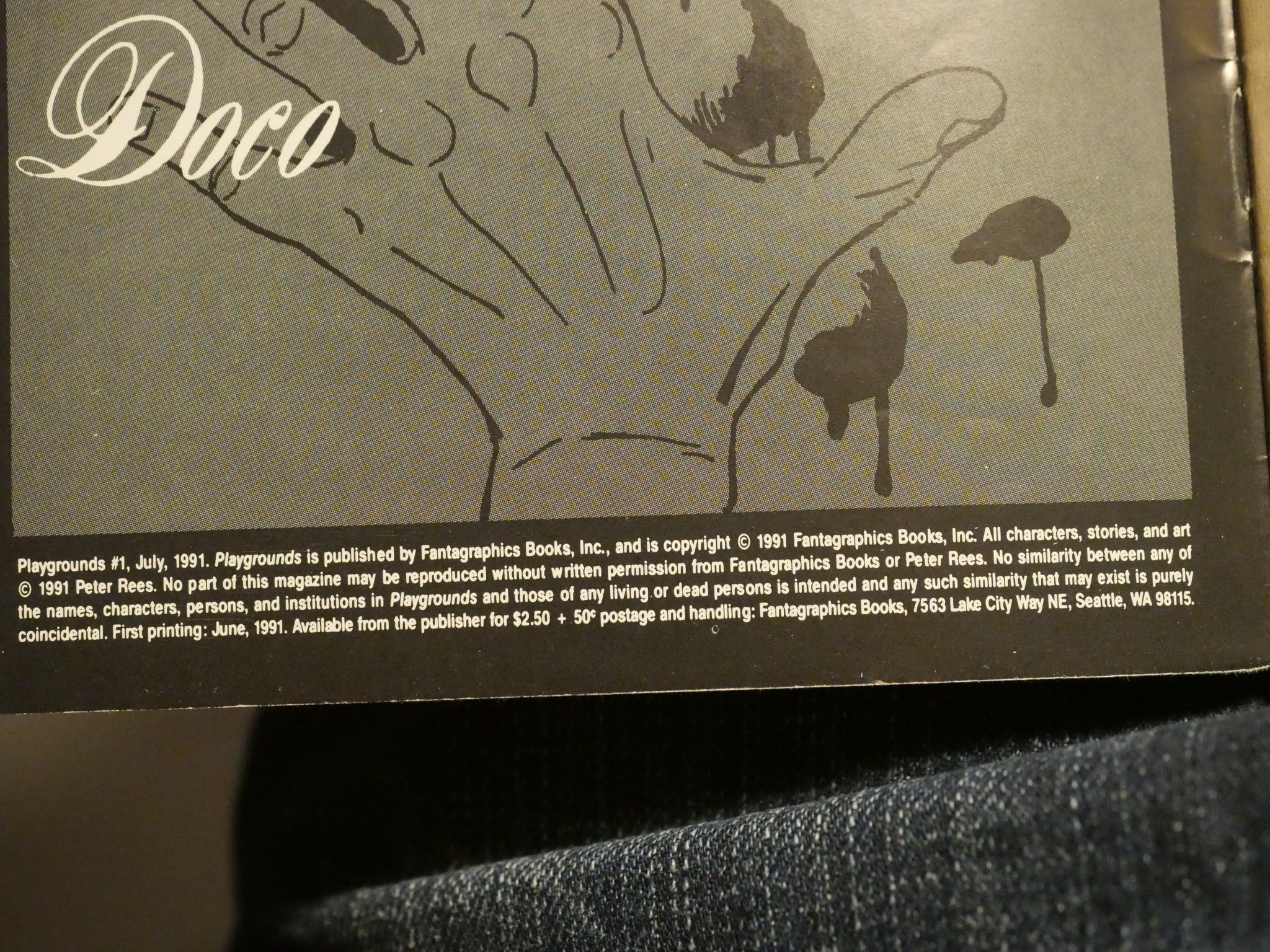 Not that this has anything in particular to do with this comic book, but I’ve always wondered why Fantagraphics insists on putting this magical incantation on the indicia page of everything they publish. Most other alternative comics publishers do not bother, and presumably none of that nonsense would make any difference in a court of law.

But I’m not a lawyer, and perhaps there really is magic in them there words? 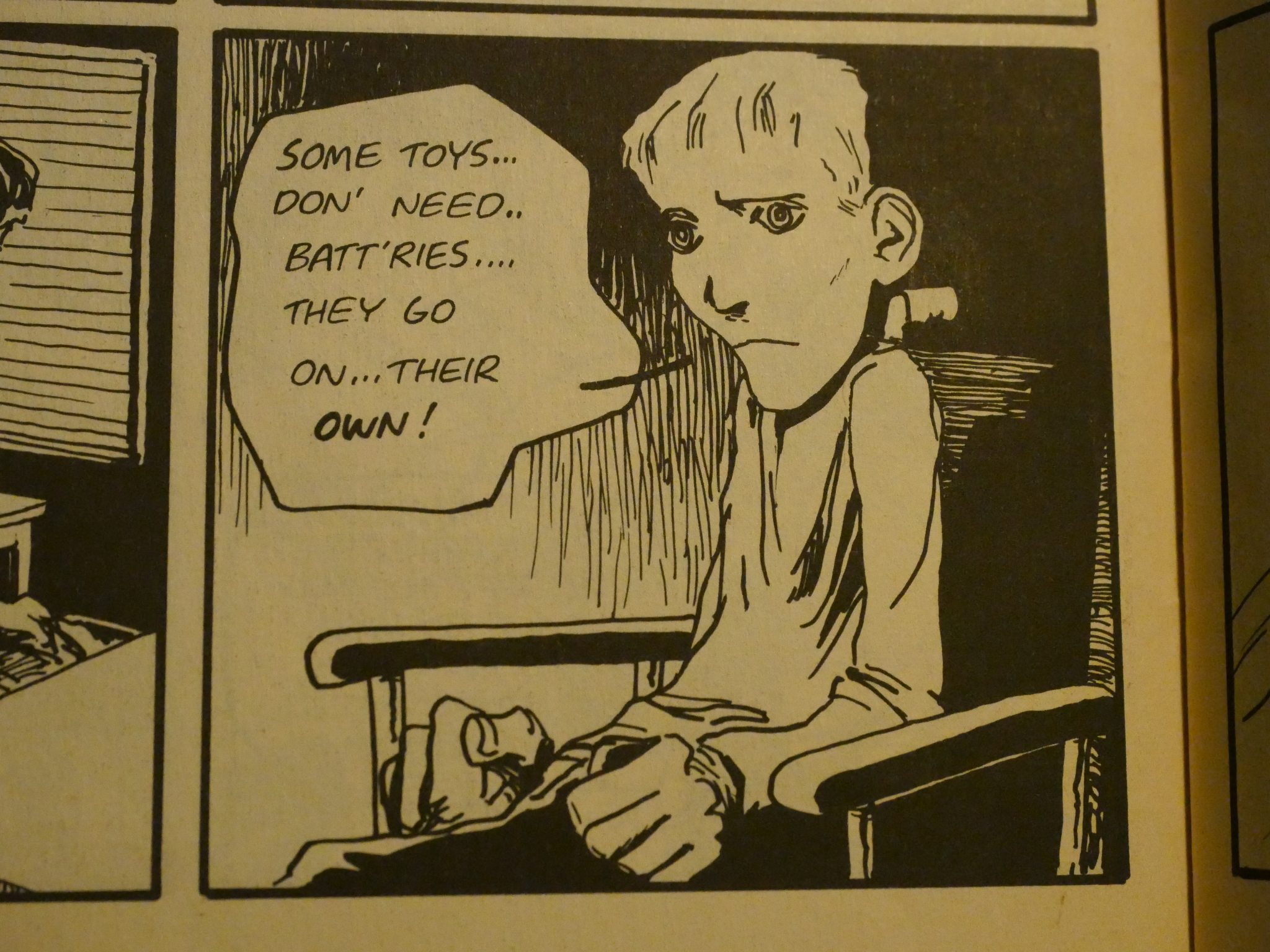 Anyway! This book has two short stories: The first is about that boy seemingly retreating into fantasy and toys to avoid dealing with his father’s death. 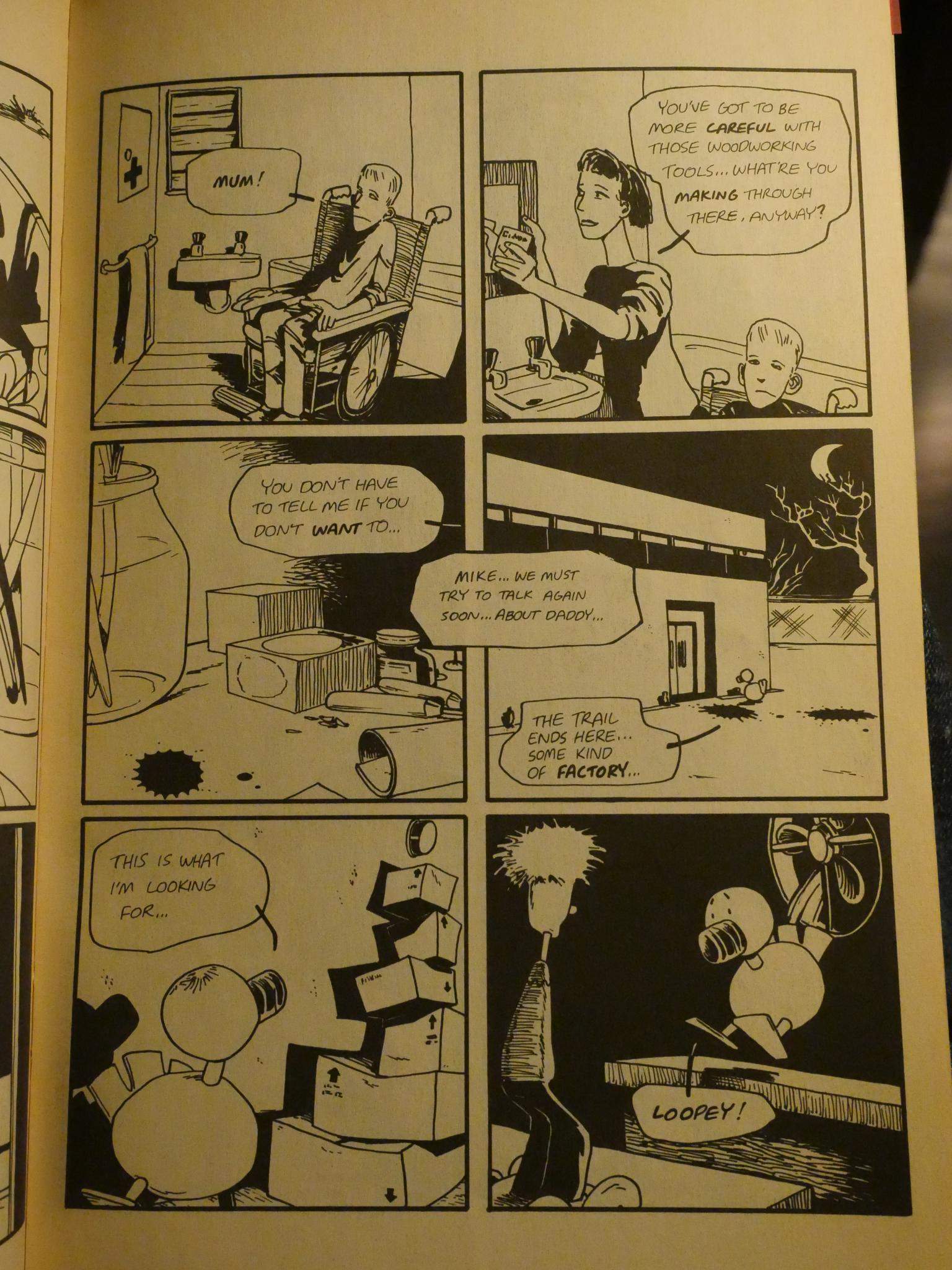 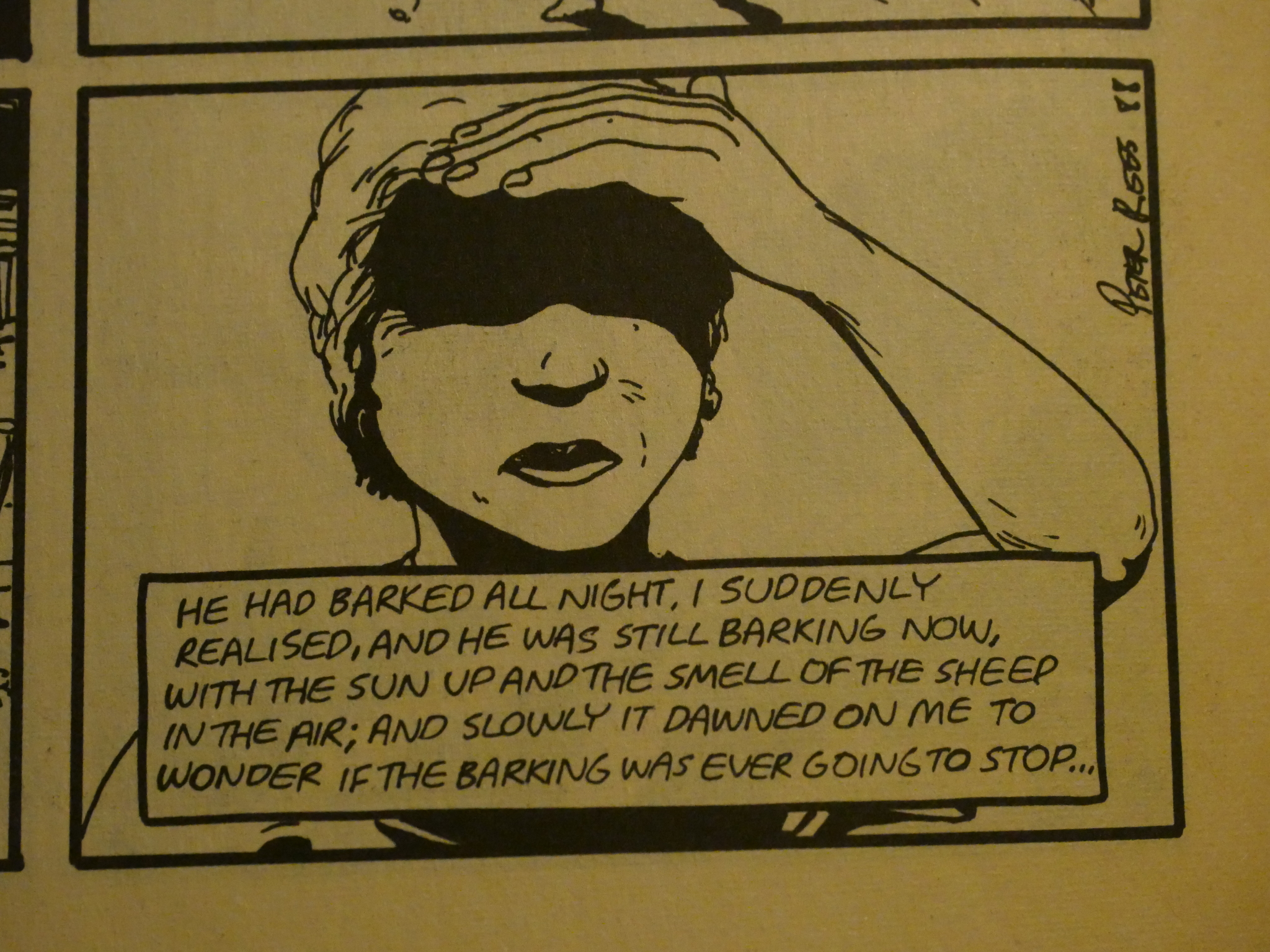 The second story has artwork that’s a lot better, but what’s going on is even more obscure. When doing pieces like this, you have to somehow make the reader trust that trying to untangle the story will be worth it.