Storylines: An Anthology of Emerging Cartoonists #1 edited by James Sturm. 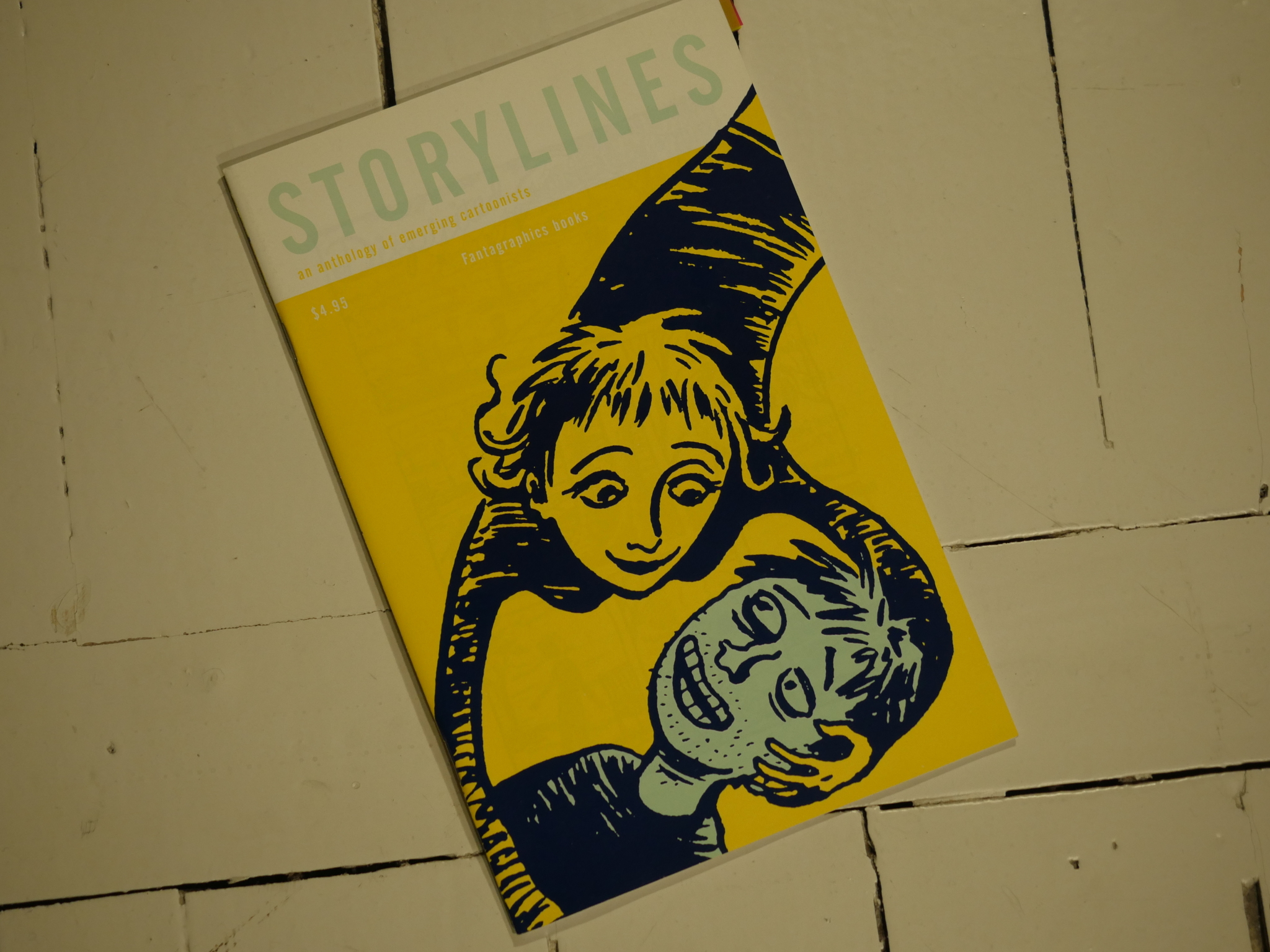 As anthologies go, this is unassuming physically: Standard size comic book, thin paper, a slightly vague cover. Most of the pieces are obviously not drawn with a comic book format in mind: Most leave a wide border at the top and the bottom, which makes it look rather slapdash package overall. 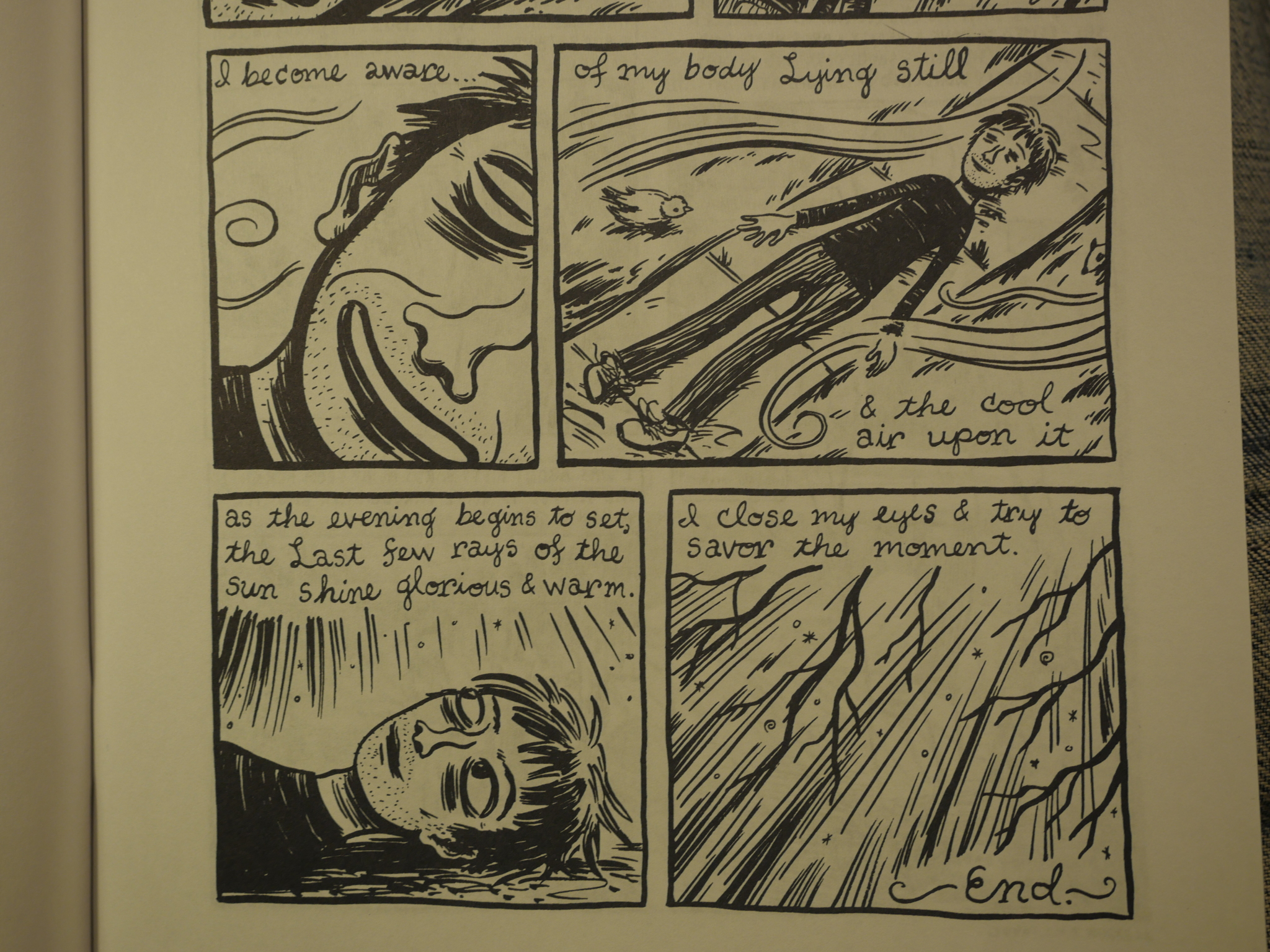 But it’s printed with an ink that has a blue tinge, which is rather pleasing.

Anyway, it’s very cohesive. All the stories deal with Young People Stuff, like this one about depression (by Michael Bonfiglio). 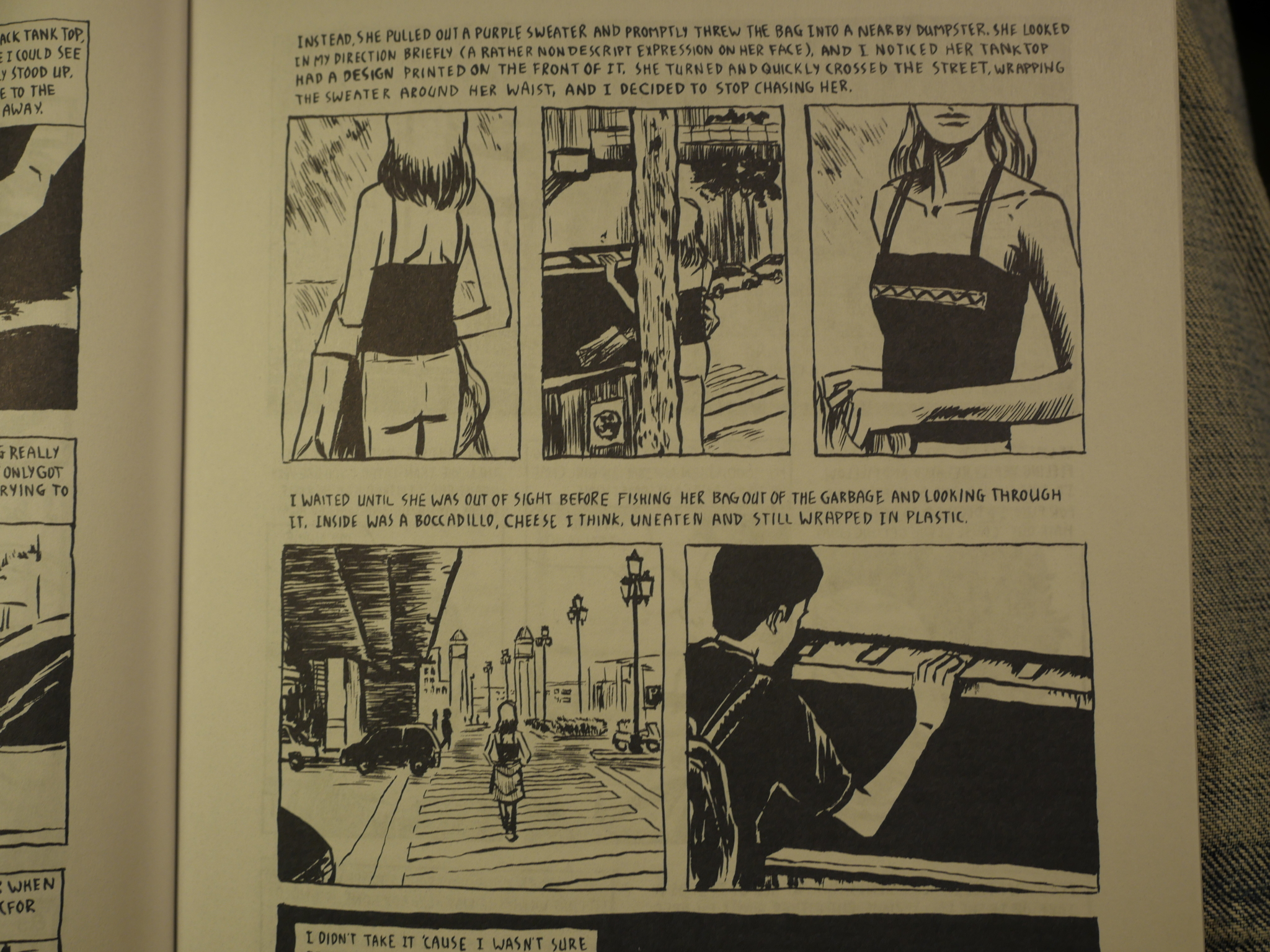 Most of the stories seem autobiographical. 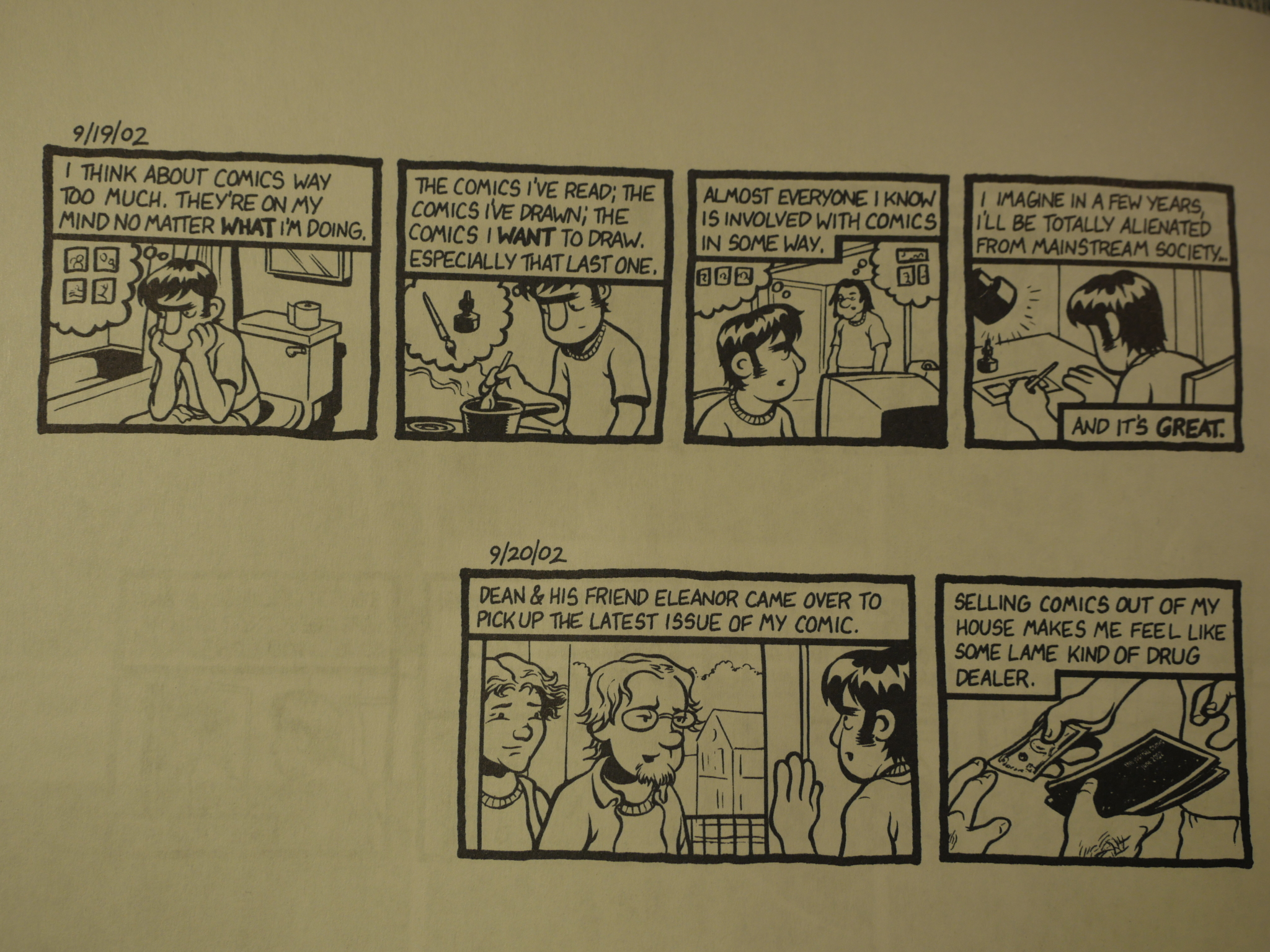 There’s even a diary comic selection (by Drew Weing). 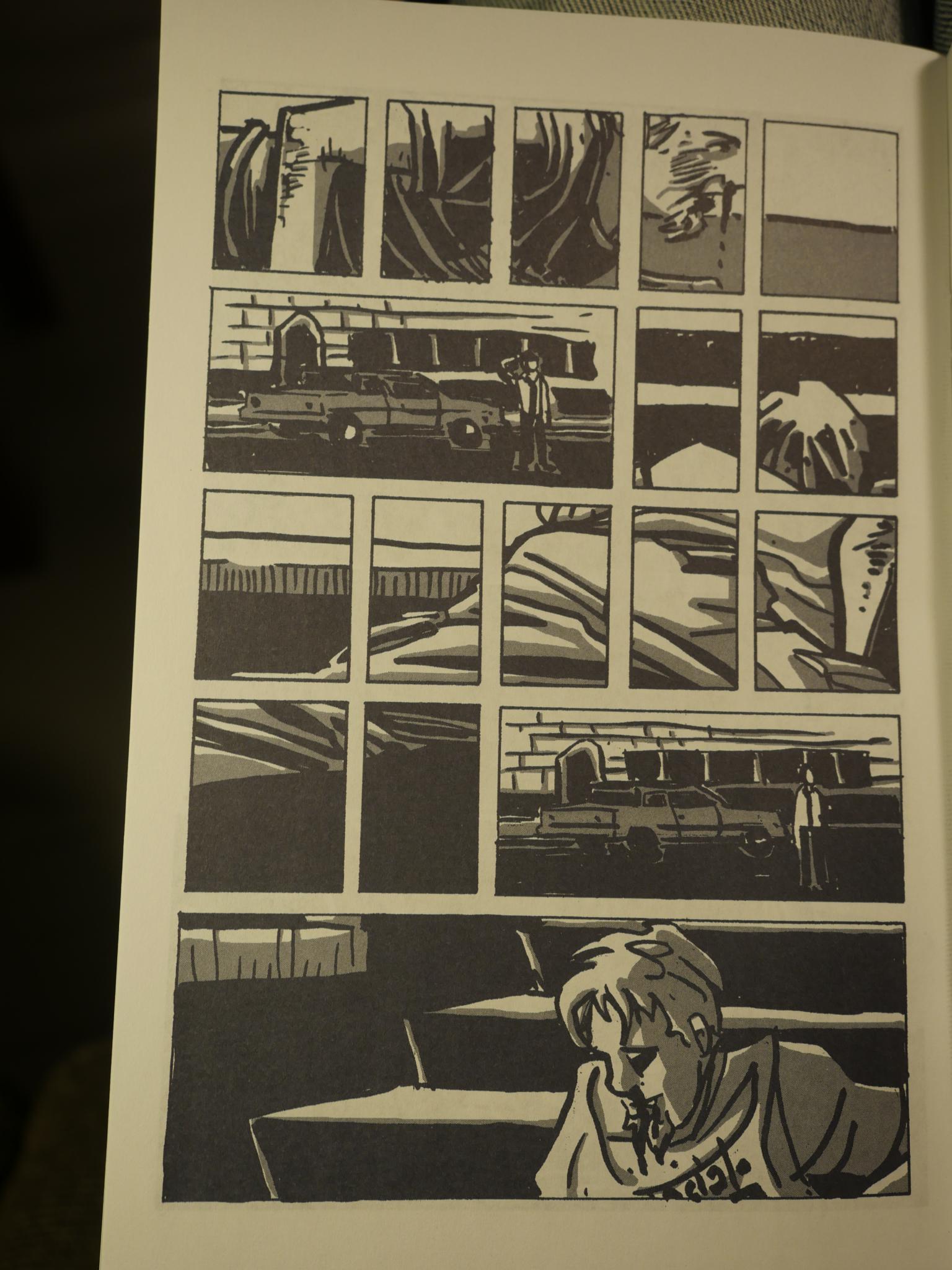 There’s a couple of pieces that are drawn cartoonishly, but most are realistic with strong figure work and sometimes inventive layouts (Ben Phillips here).

So even though it looks kinda slap-dash, it’s a rather strong anthology, with a clear vision. But it has a slightly studentish vibe, so I started wondering whether it’s really a school assignment or something. 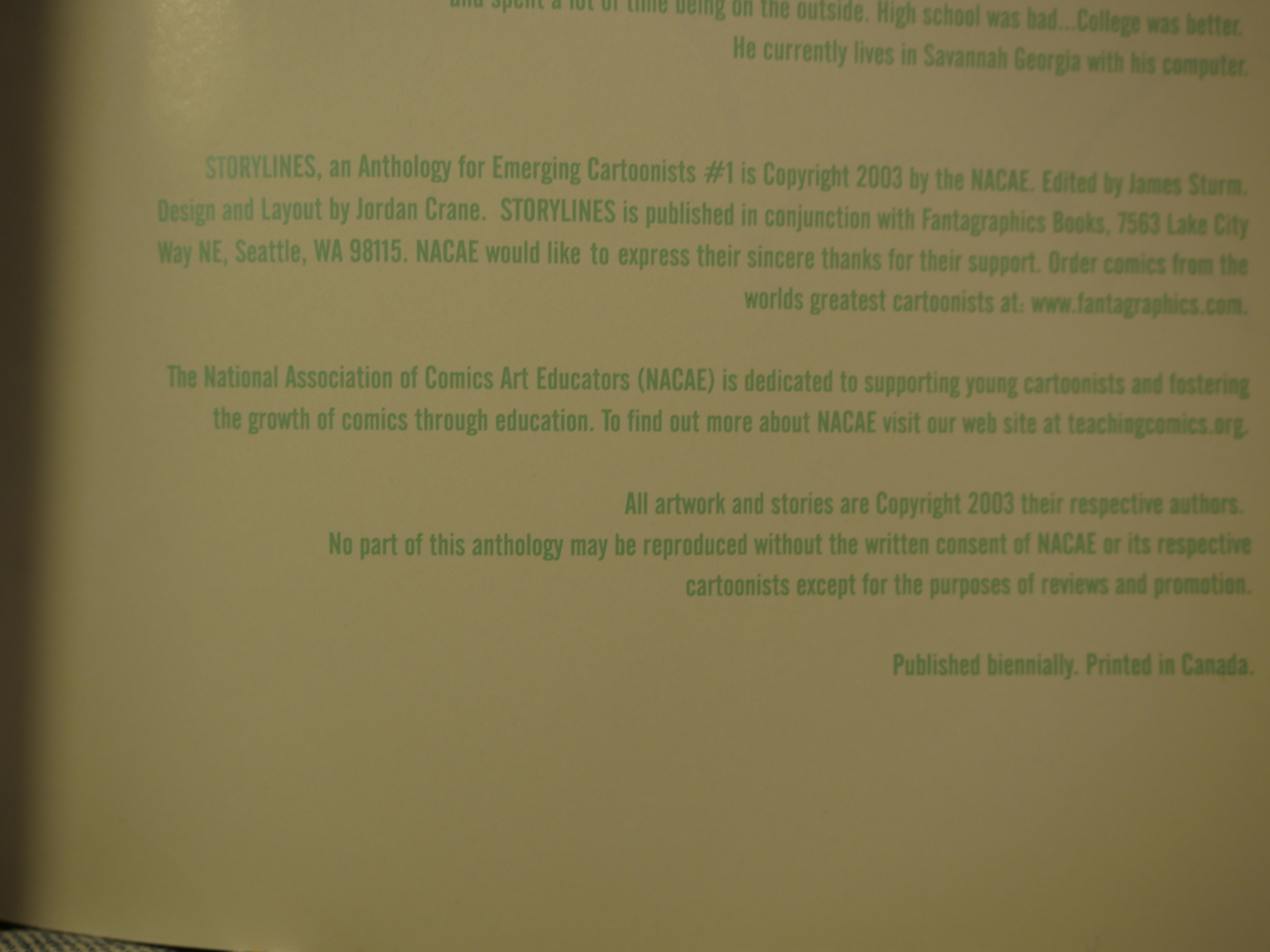 Aha! It’s financed by the National Association of Comic Art Educators. So does that mean… that this is a student book, like I guessed? Or something else? It’s not explained anywhere.

It’s announced to be “biannual”, but no further issues were published.  Ng Suat Tong provides a savage beatdown in The Comics Journal.

None of the artists featured here are familiar to me, but I googled a couple I found intriguing.  Jonathan T. Russell has a book via a print on demand (which I’ve bought now [edit: since I’m writing these things months before publishing, I’ve now gotten his collection, and it’s fascinating to read somebody who consistently portrays his seemingly autobiographical protagonists as super-creepy]), while the others seem to have released nothing.

The editor, James Sturm, seems to have worked in education the last decade, but he’s also released a number of books. And I’ll be covering his Fantagraphics pamphlets later when I can find that fucking last issue of Cereal Killings.