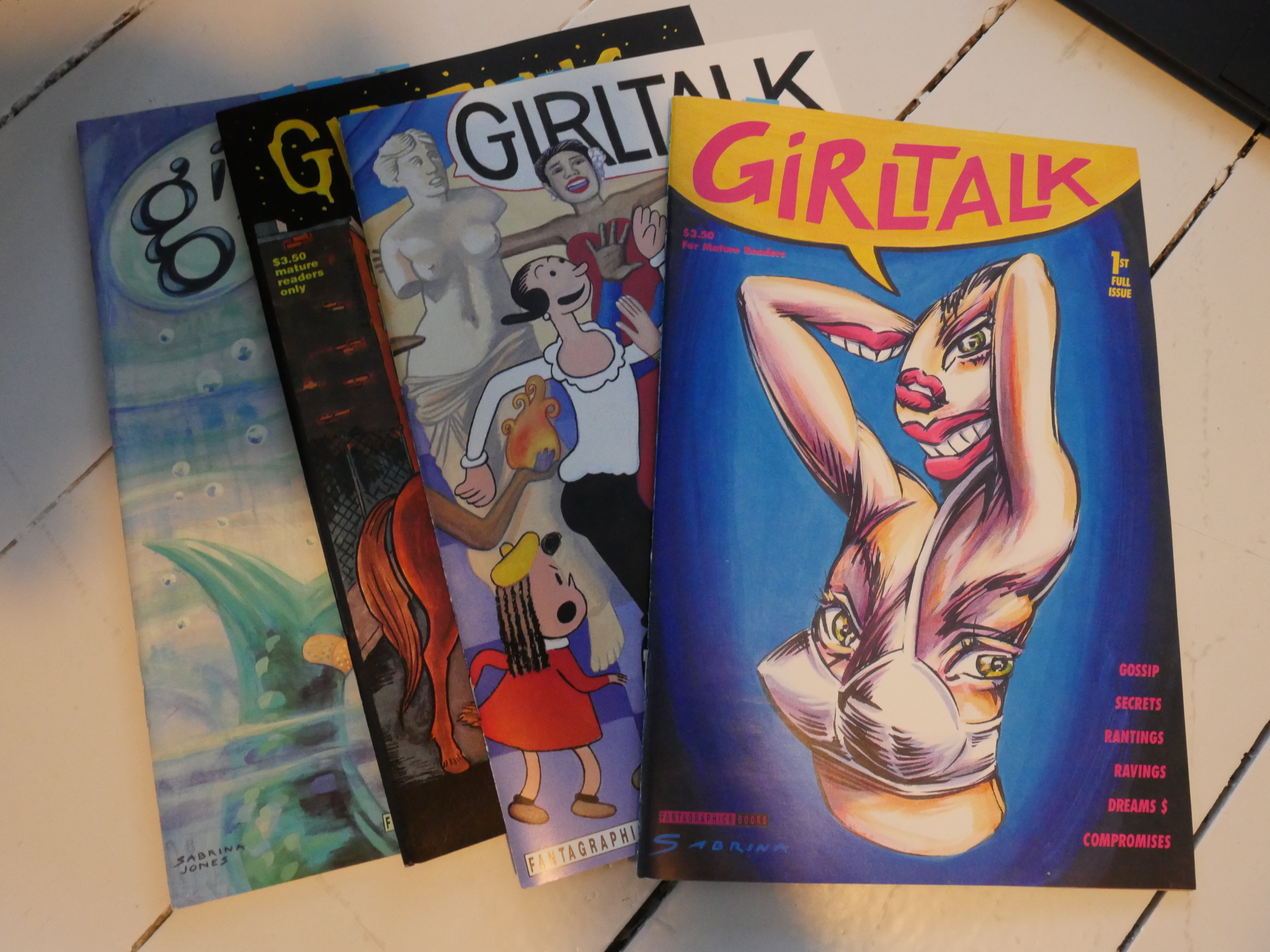 The cover of the first issue says “1st full issue”, but that’s because a sort of “preview” issue was included with issue seven of Real Girl.

No editor is listed, but Isabella Bannerman and Sabrina Jones seem to be the central people here, perhaps. This anthology sprang out of the venerable World War 3 Illustrated anthology (which is still going strong). 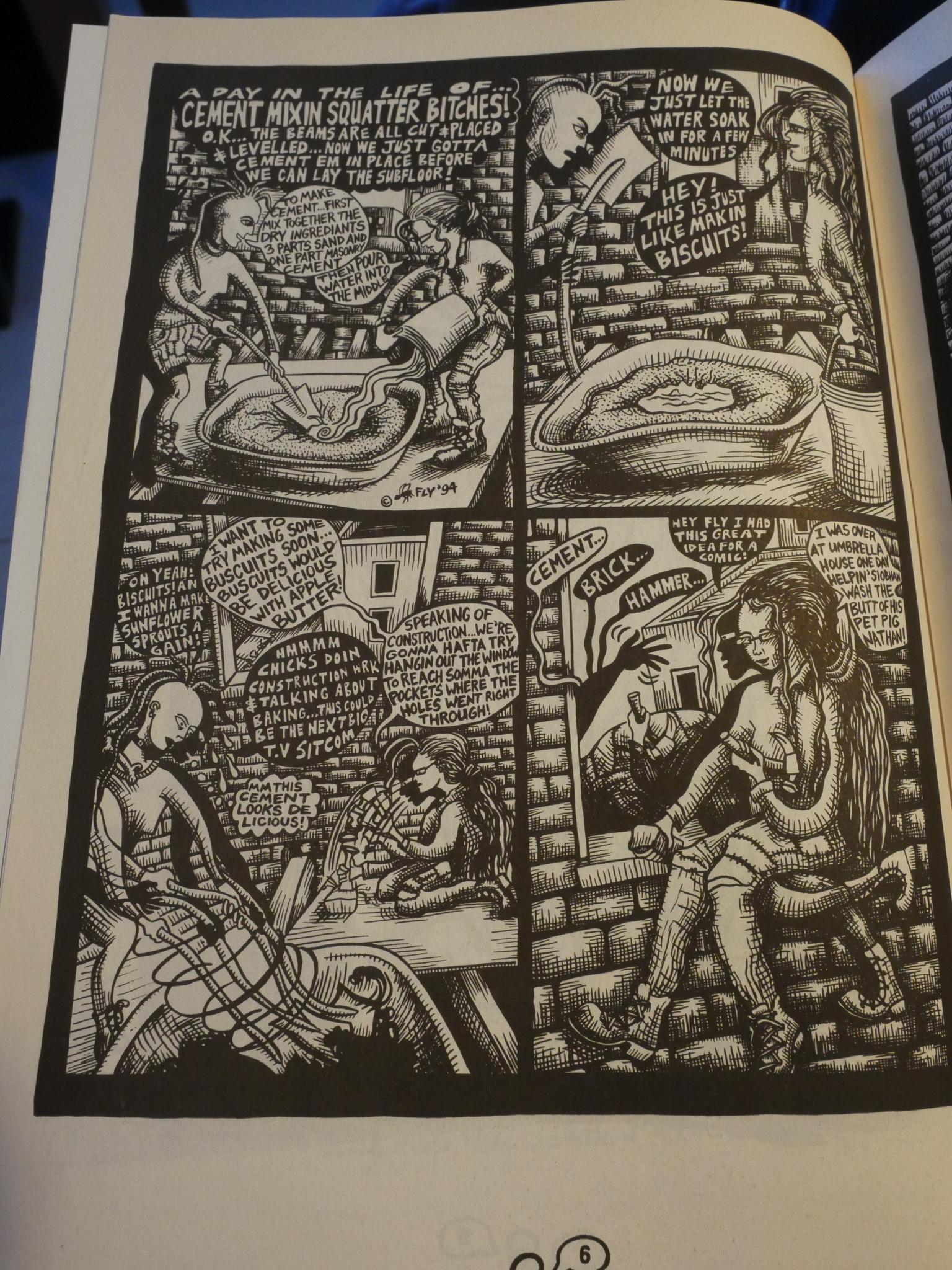 And the concerns, at least in the first issue, square up with a typical WW3 issue pretty well, what with stories from squats and stuff, like in this piece by Fly. 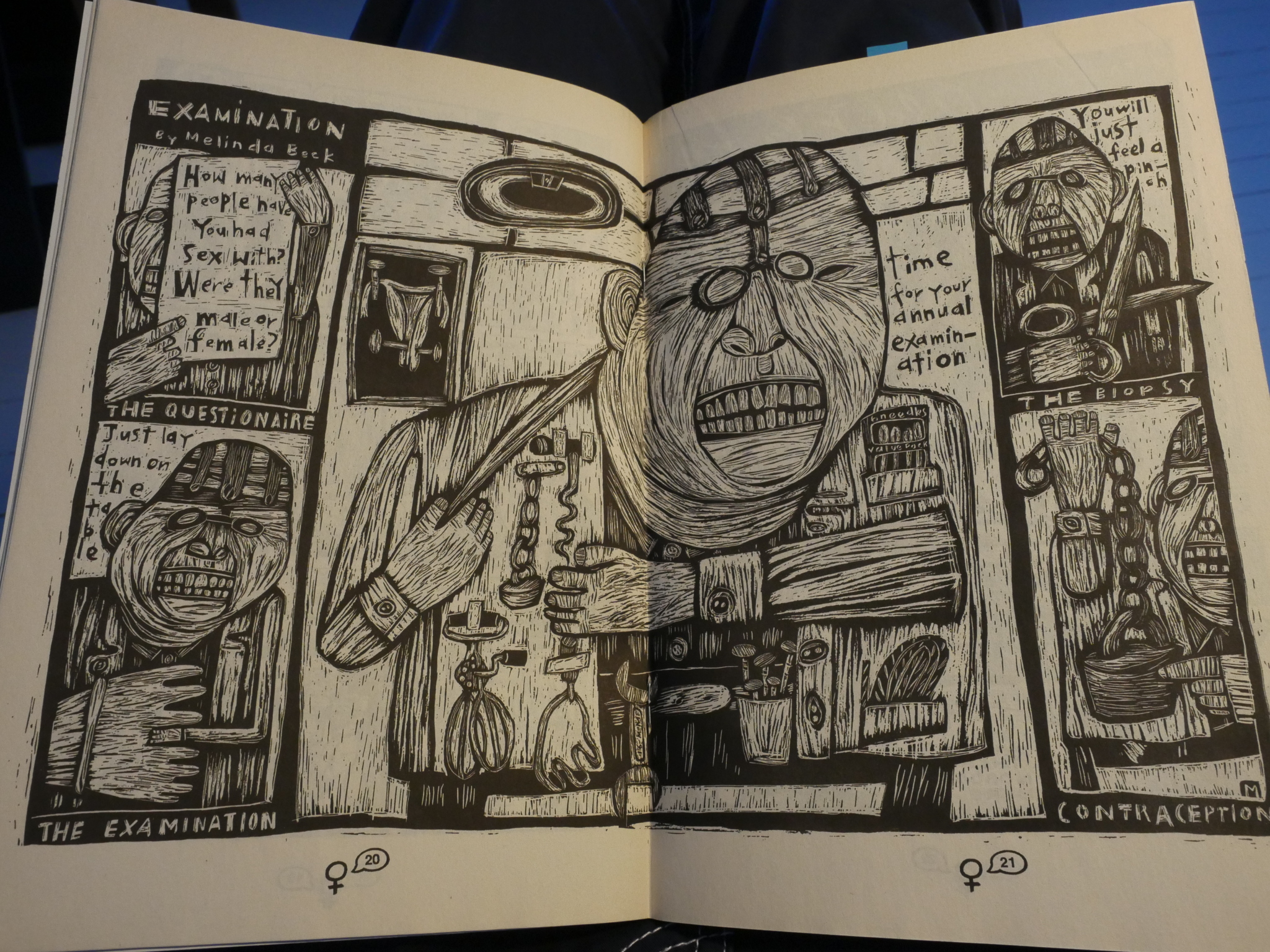 Art-wise, most of the features would also fit well in WW3, like this teriffic spread by Melinda Beck. 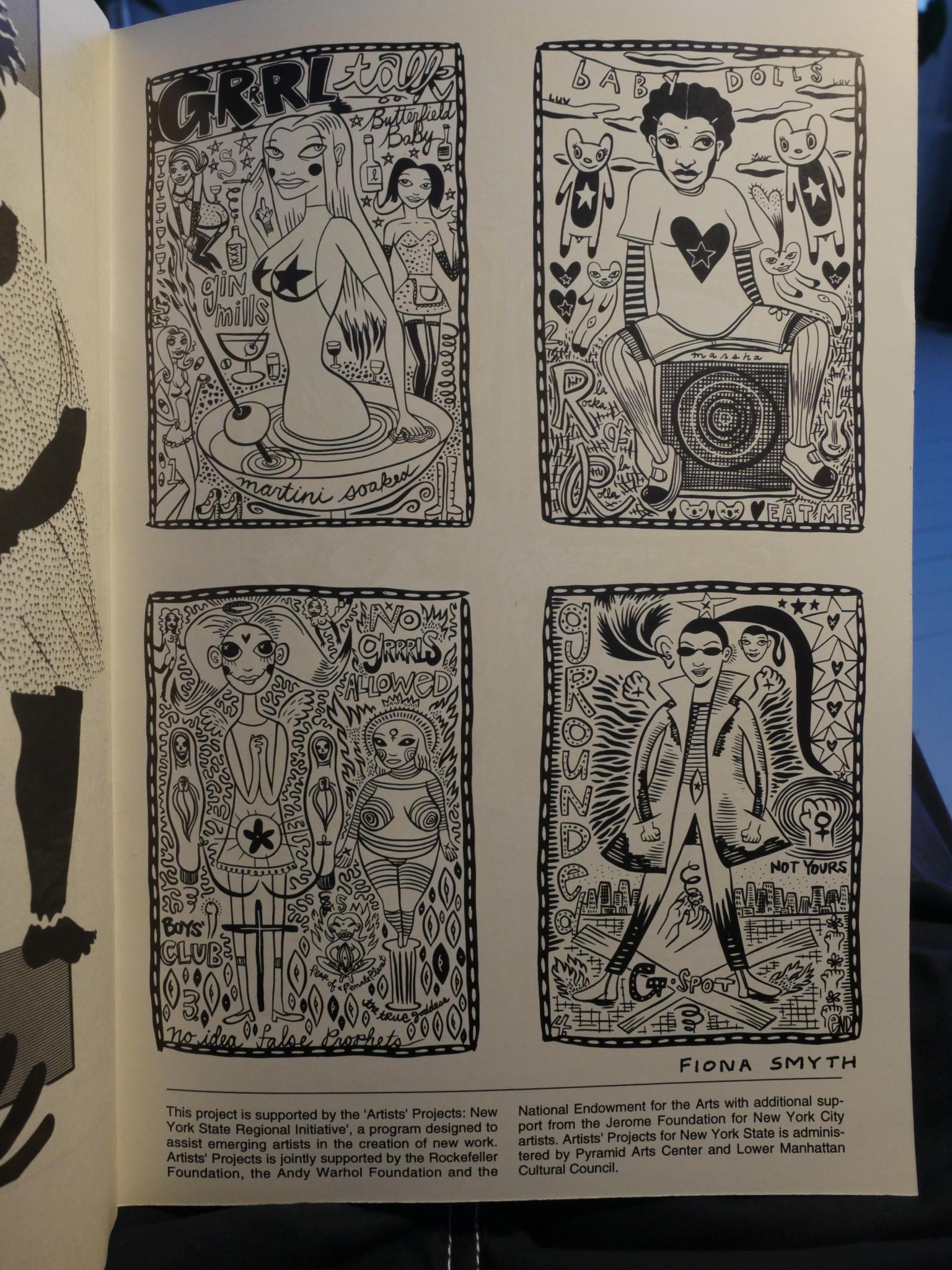 And they apparently had support from a grant from New York. 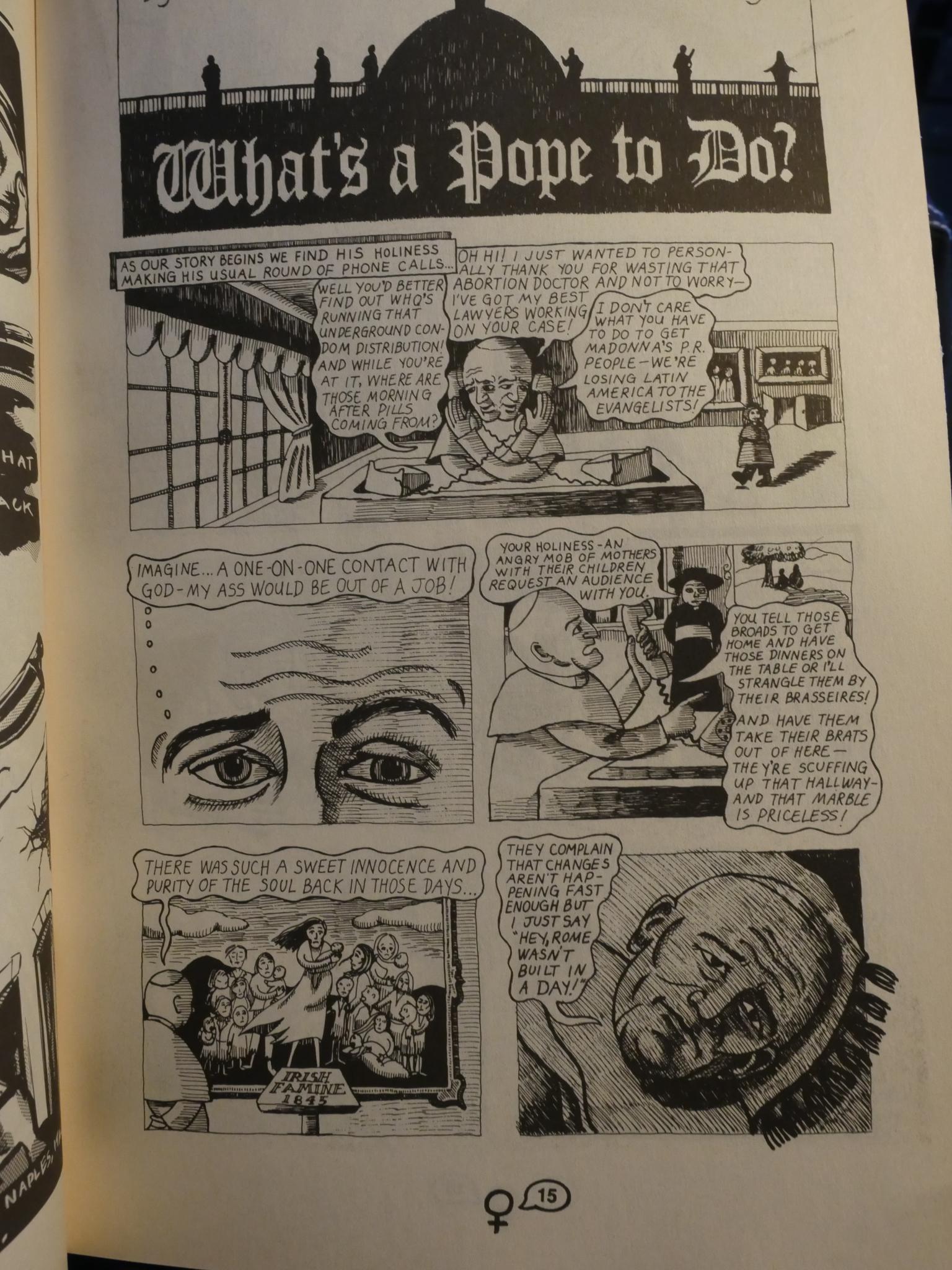 Anti-Catholic gags are always fun. (The pope later gets turned into a nun and realises what a dick he’s been. (By Peggy Doody.)) 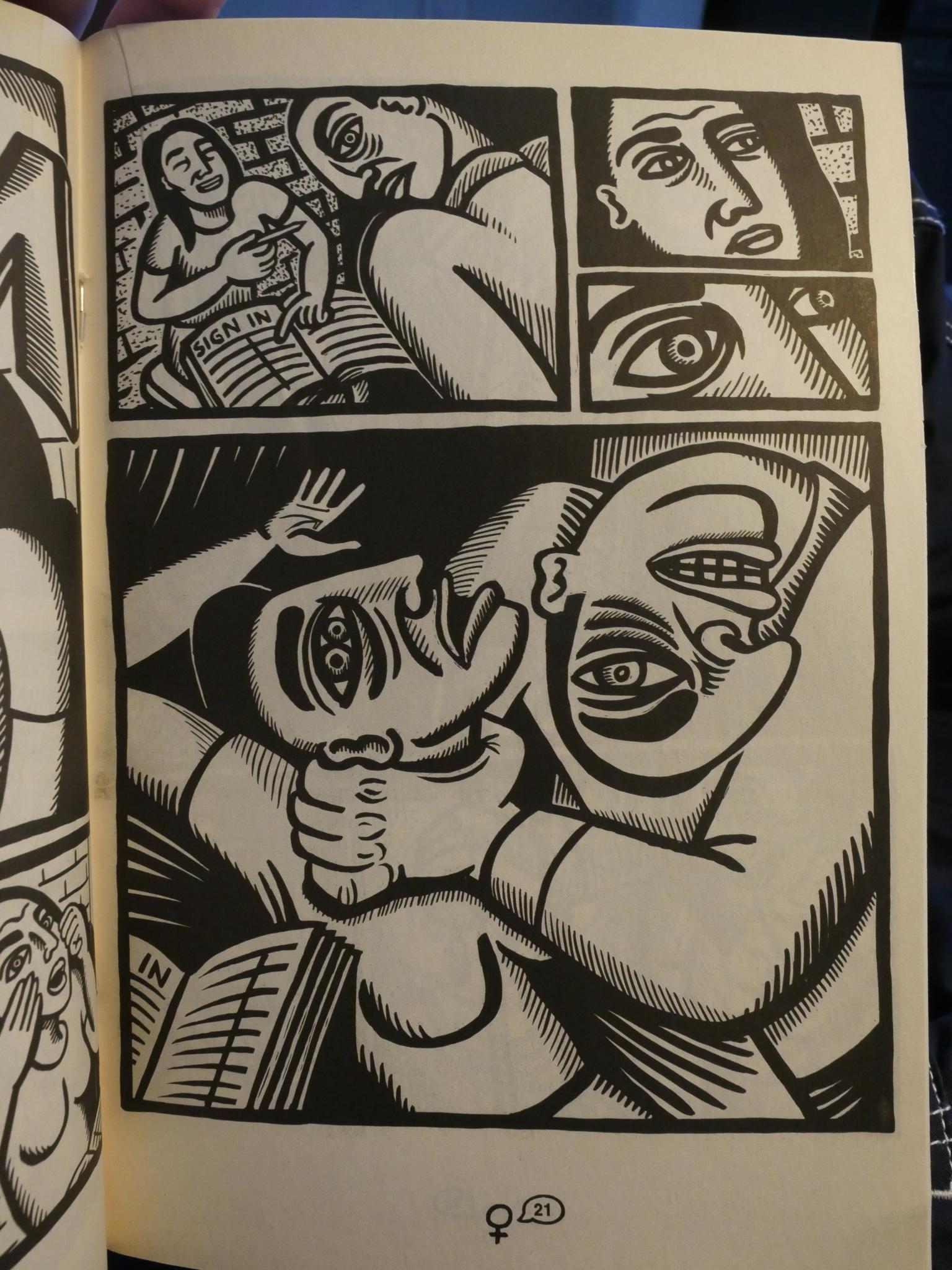 Wowza. A cubismo story of rape by Vicky Rabinowicz. 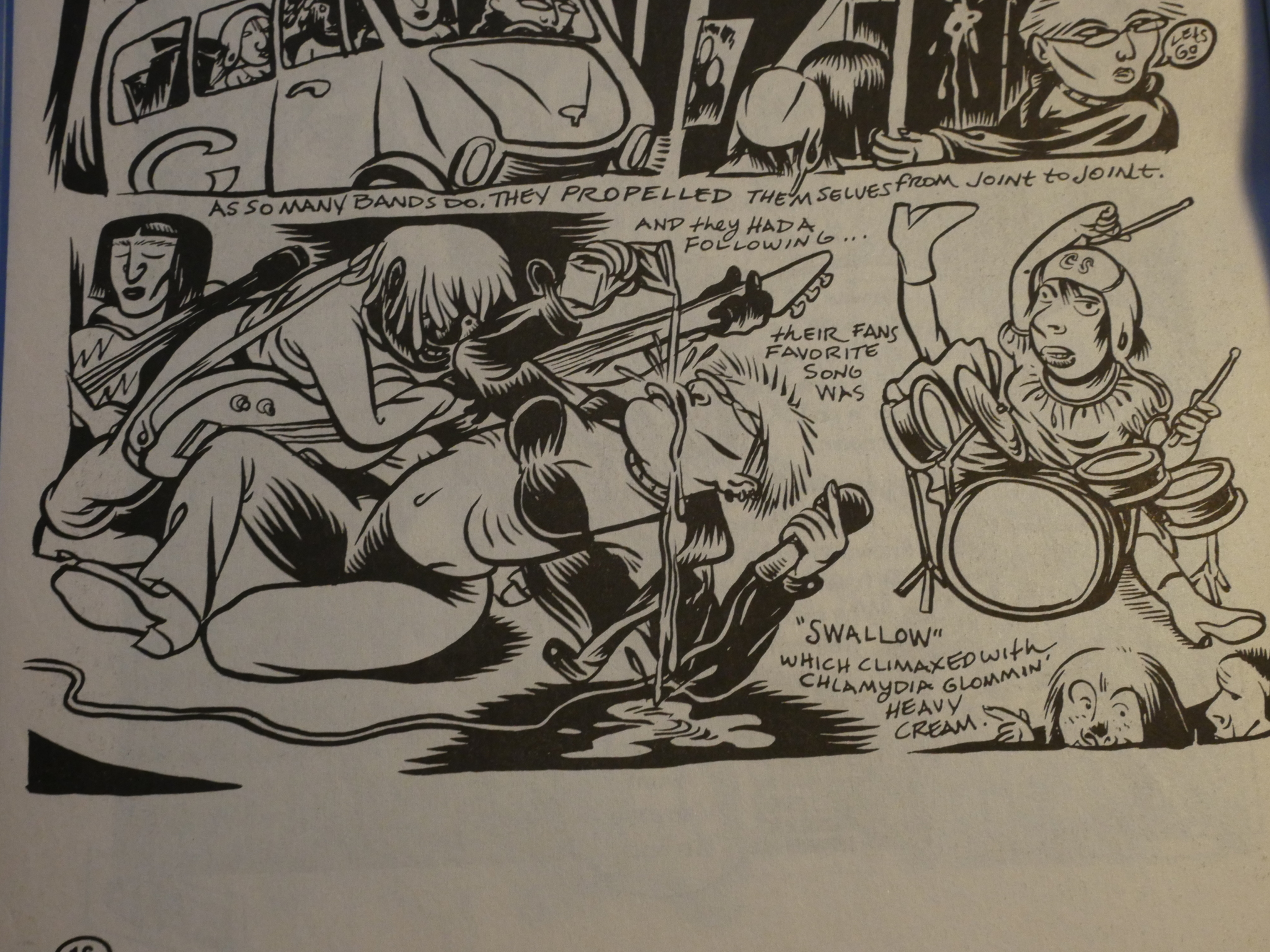 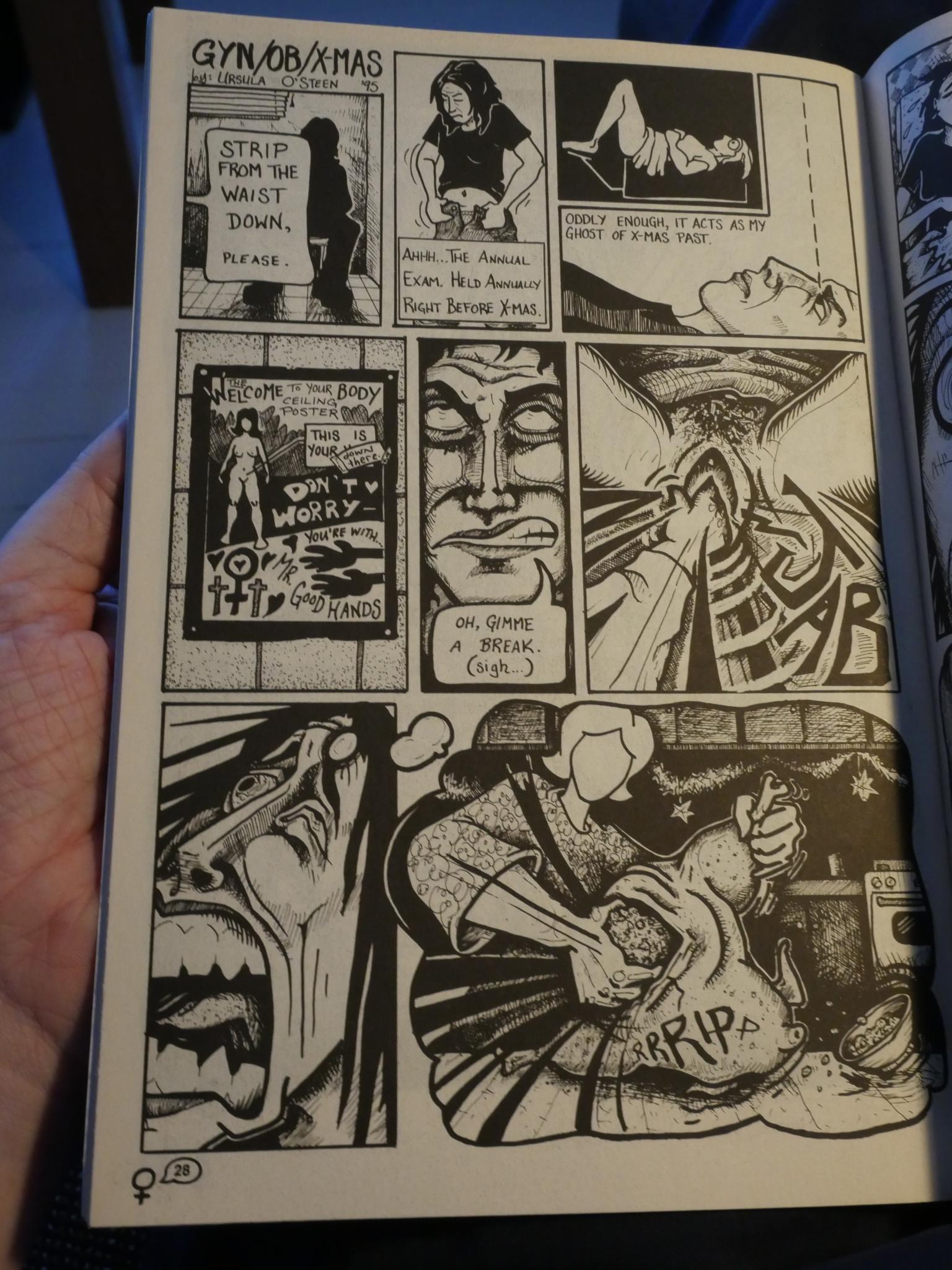 And another ob/gyn strip. Ursula O’Steen. 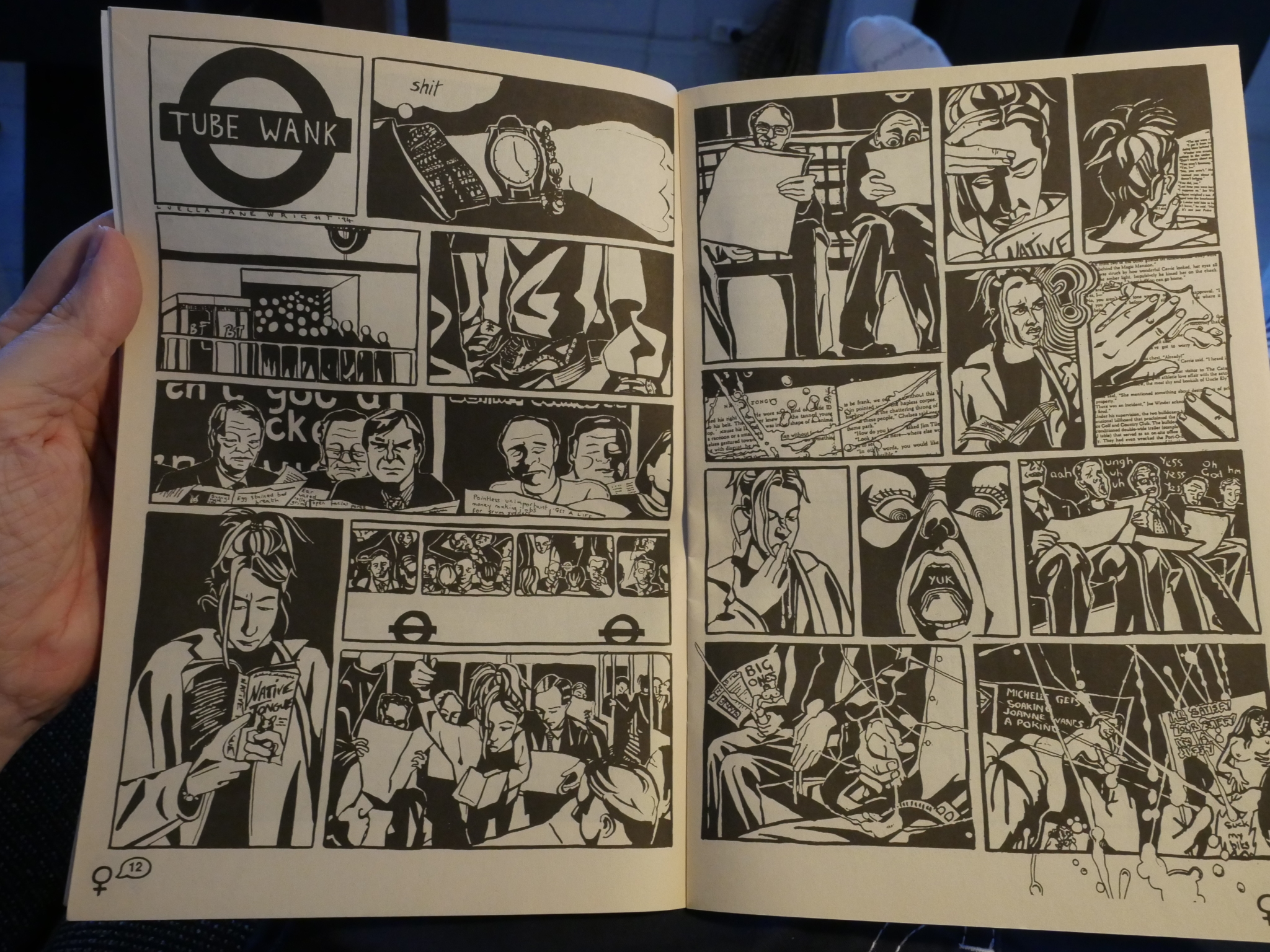 I love the artwork on this two-pager by Luella Jane Wright. It’s slightly adjacent to Chantal Montellier? Hm… Perhaps not… Very pretty, though.

Actually, I find myself with not much to say about Girltalk. I enjoyed reading these comics back in the 90s, and I enjoyed re-reading them now, but it’s not an anthology that’s very distinctive. It doesn’t really cohere — the pieces don’t seem to “come together”, thematically or emotionally. And great anthologies do. So it’s just a nice, good anthology, but not very… er… interesting.