The Flames of Gyro by Jay Disbrow. 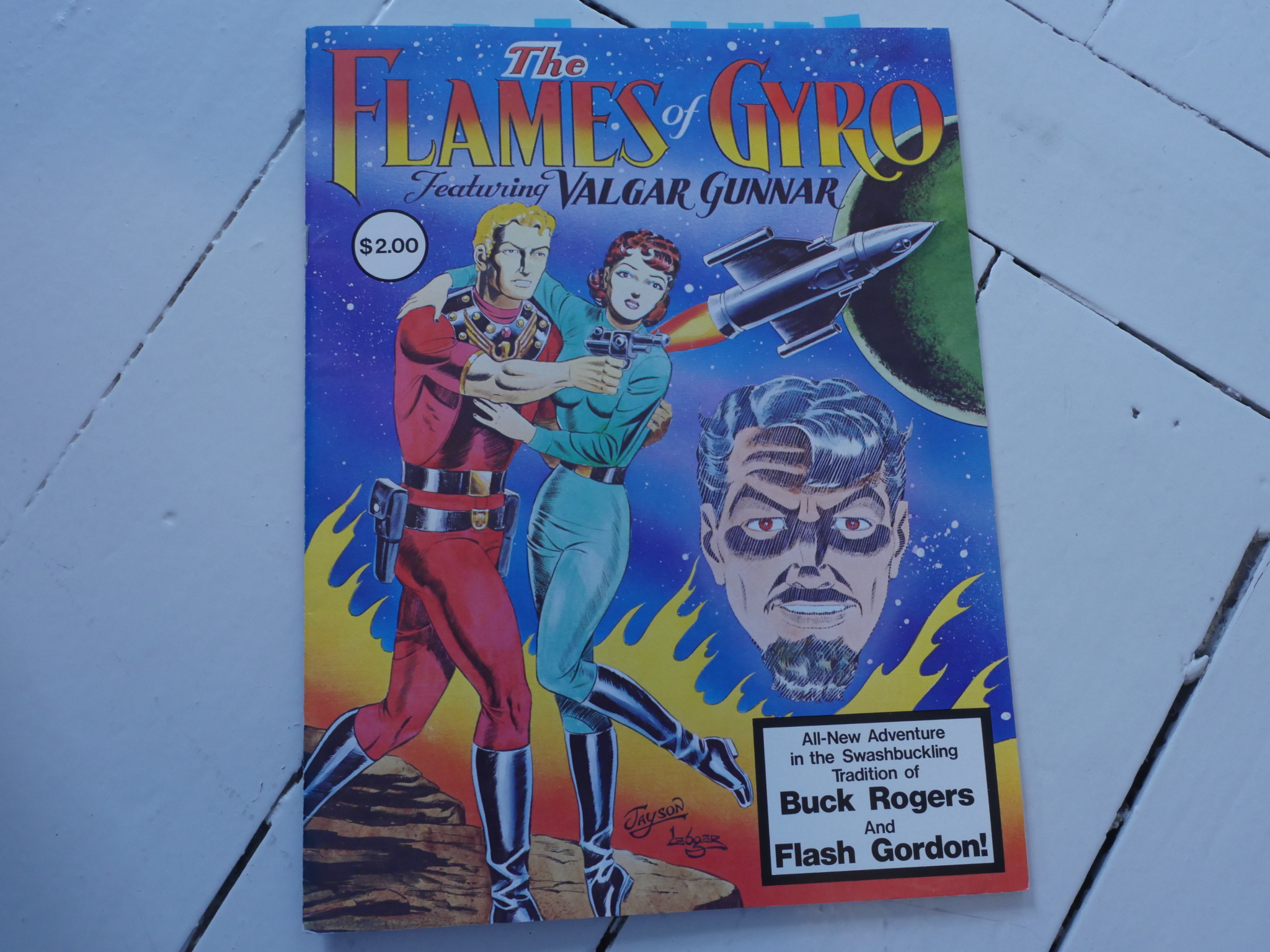 I don’t have a complete set of all floppies Fantagraphics have ever published, so while writing this series I’ve started to buy the stuff I’m missing.

This is one of them. 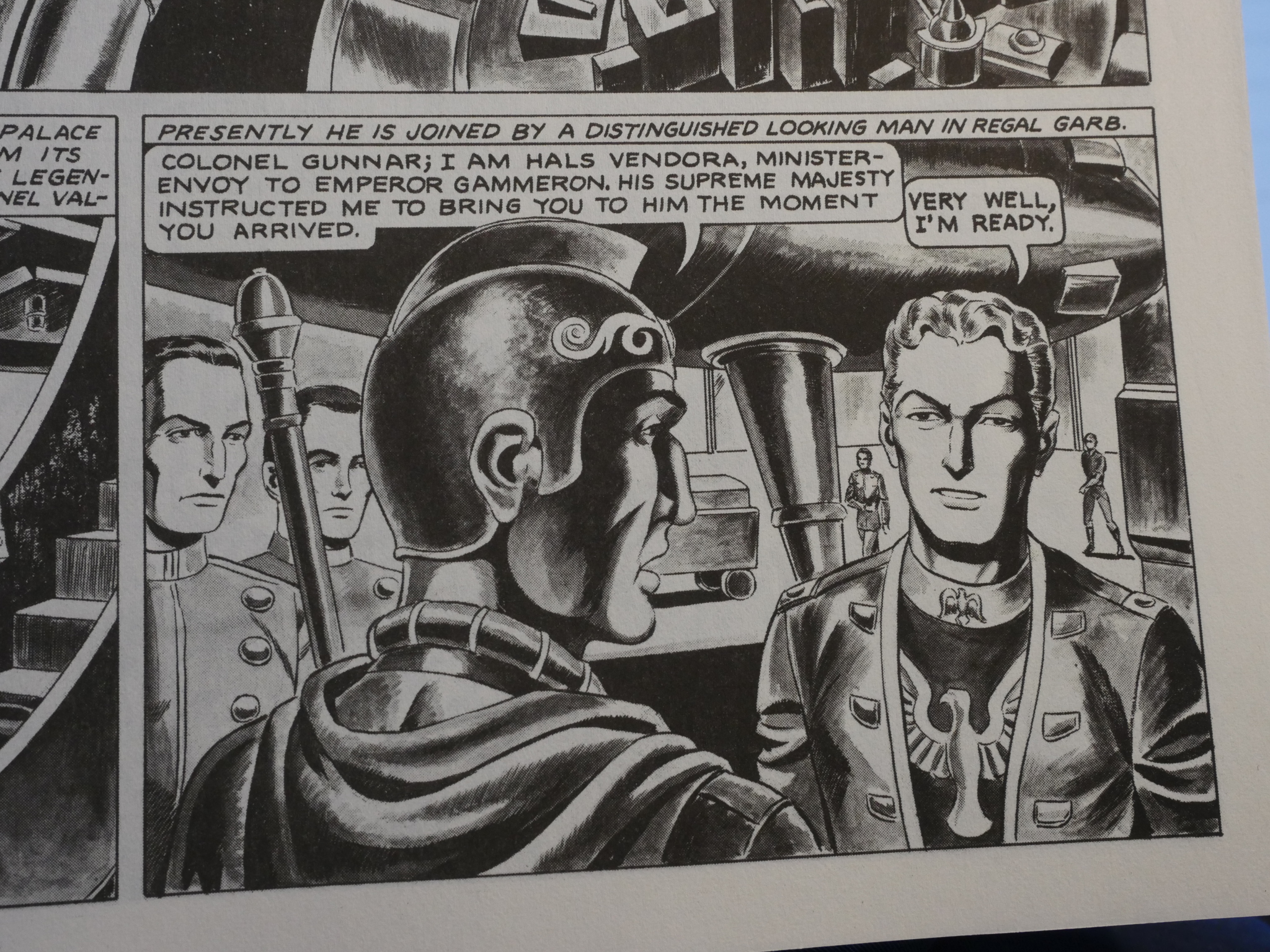 The Flames of Gyro (featuring Valgar Gunnar) is the first comic book that Fantagraphics published, and it’s… not a harbinger of things to come. As far as I can tell (by Googling just now), Jay Dibrow published a number of comics in the 50s, but then went into illustration. Gary Groth gave him complete creative freedom to create whatever he wanted without any editorial interference (because that’s what he does), and this was the result: A sci-fi action adventure tale very much in the Flash Gordon tradition, as the cover says.

And it’s very 50s, what with the captions explaining everything that we see, and also in the way the people are clothed: 50s sci-fi clothing. 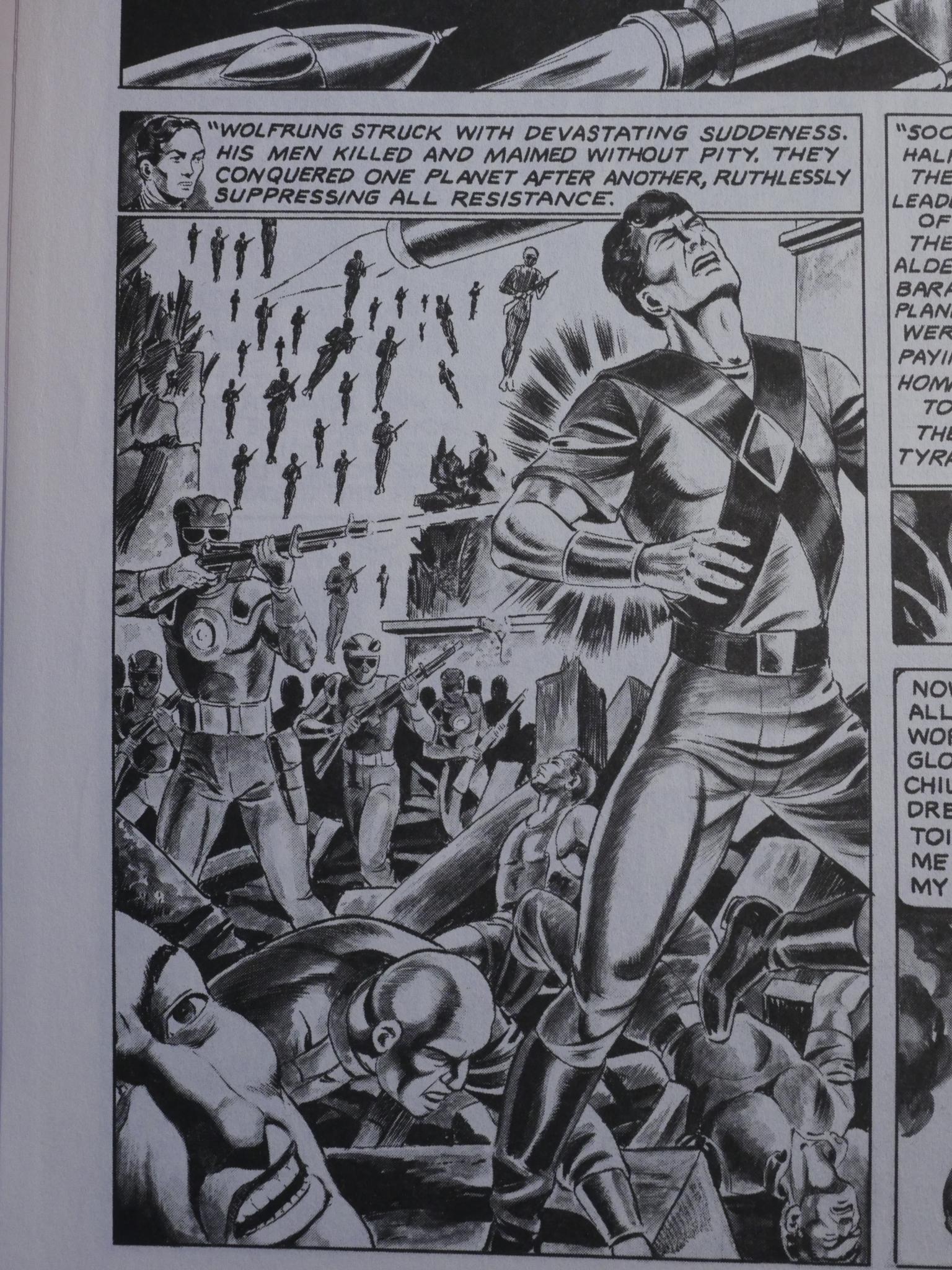 The artwork is quite 40s: Stiff postures and over acting, but it’s also quite pleasant to look at. The (pencil based?) half toning is nice, and the figures have pretty good anatomies, and I like the folds in the clothing…

And the way the soldiers in the image above are descending from the sky is rather spiffy. Shades of outsider art; shades of hipster comics to come. 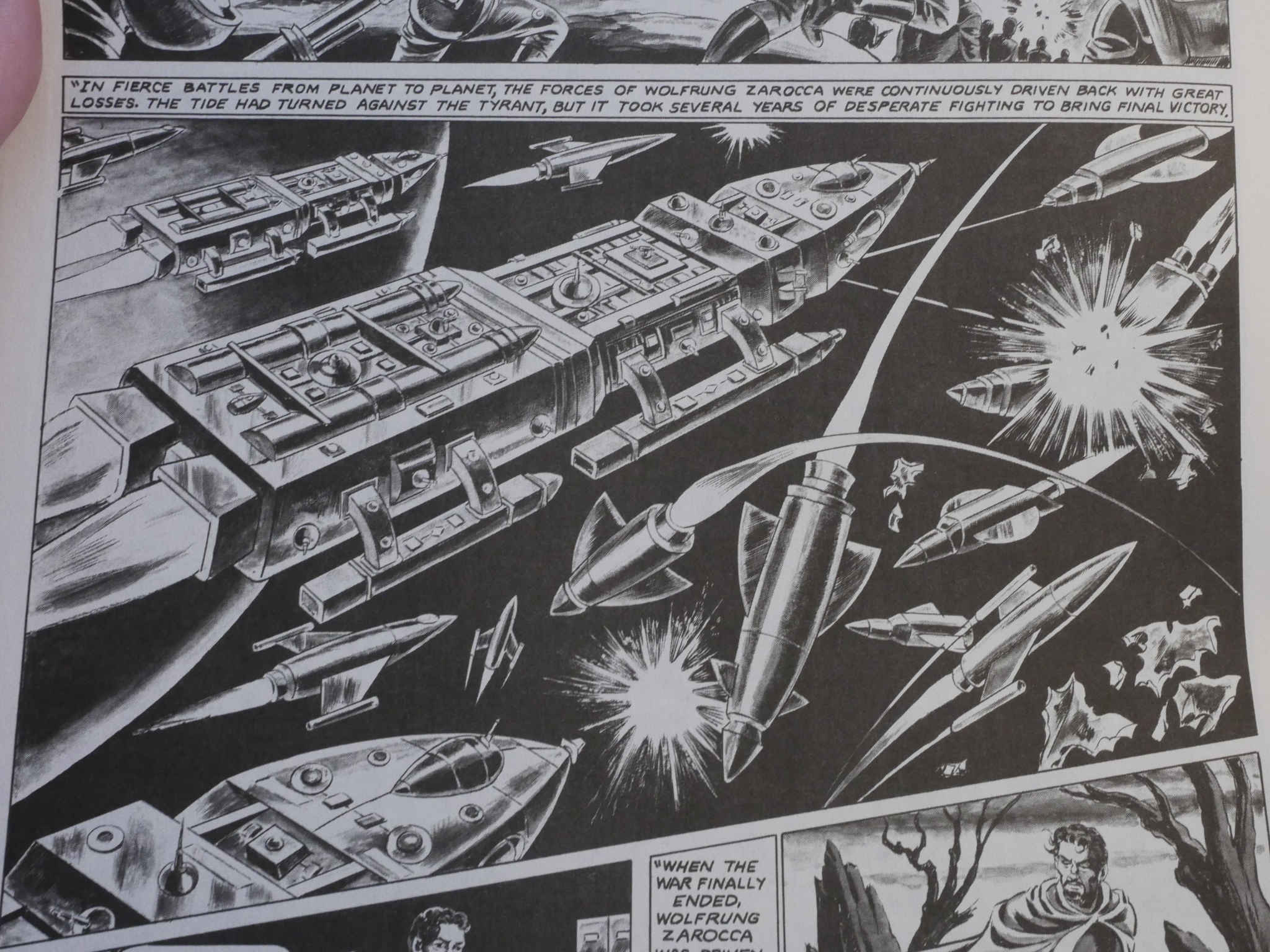 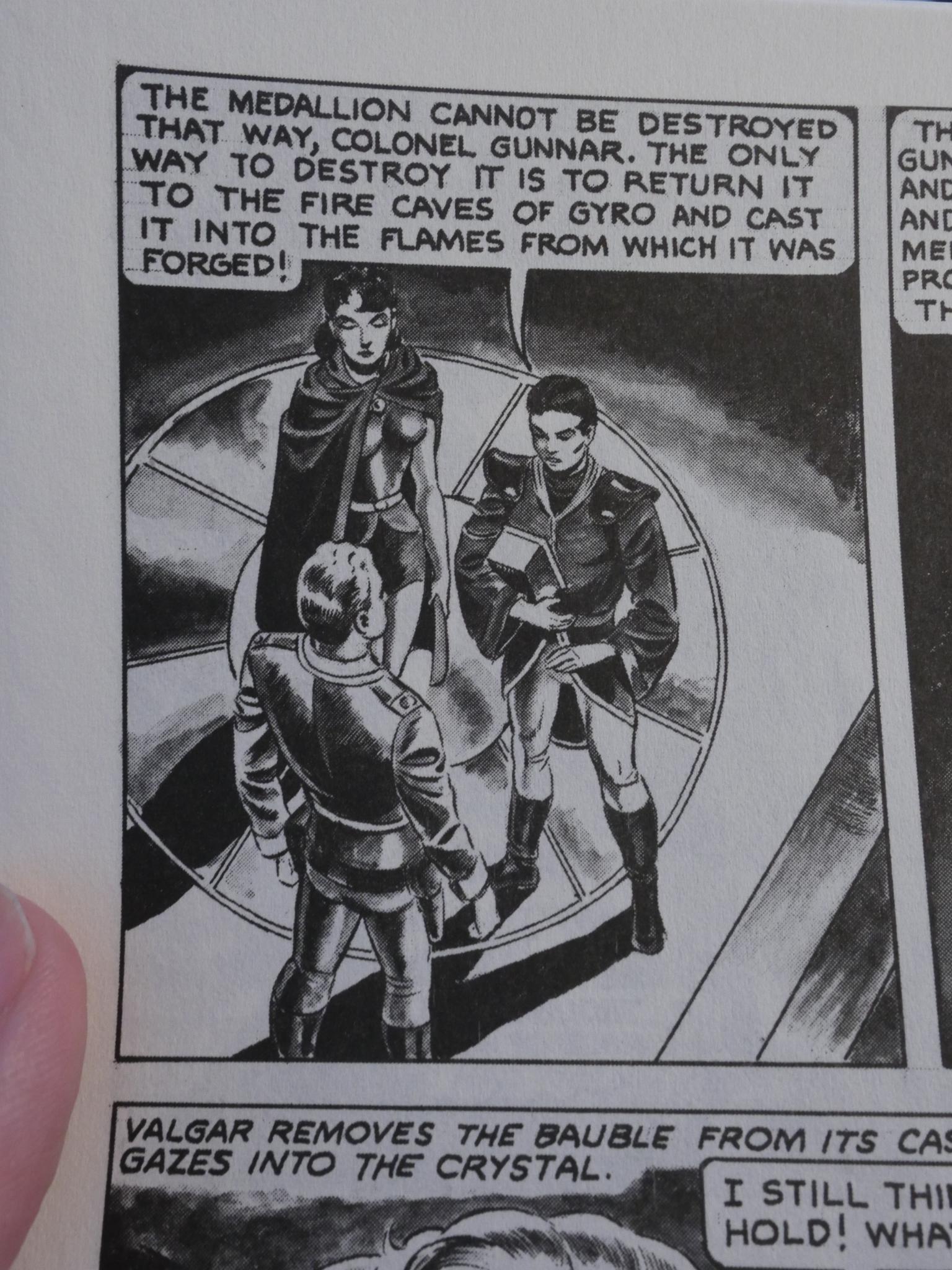 And the plot is a mish-mash of more things than you’d think would fit in a 32 page comic book. Yes, Flash Gordon has to return the Ring to Mordor. 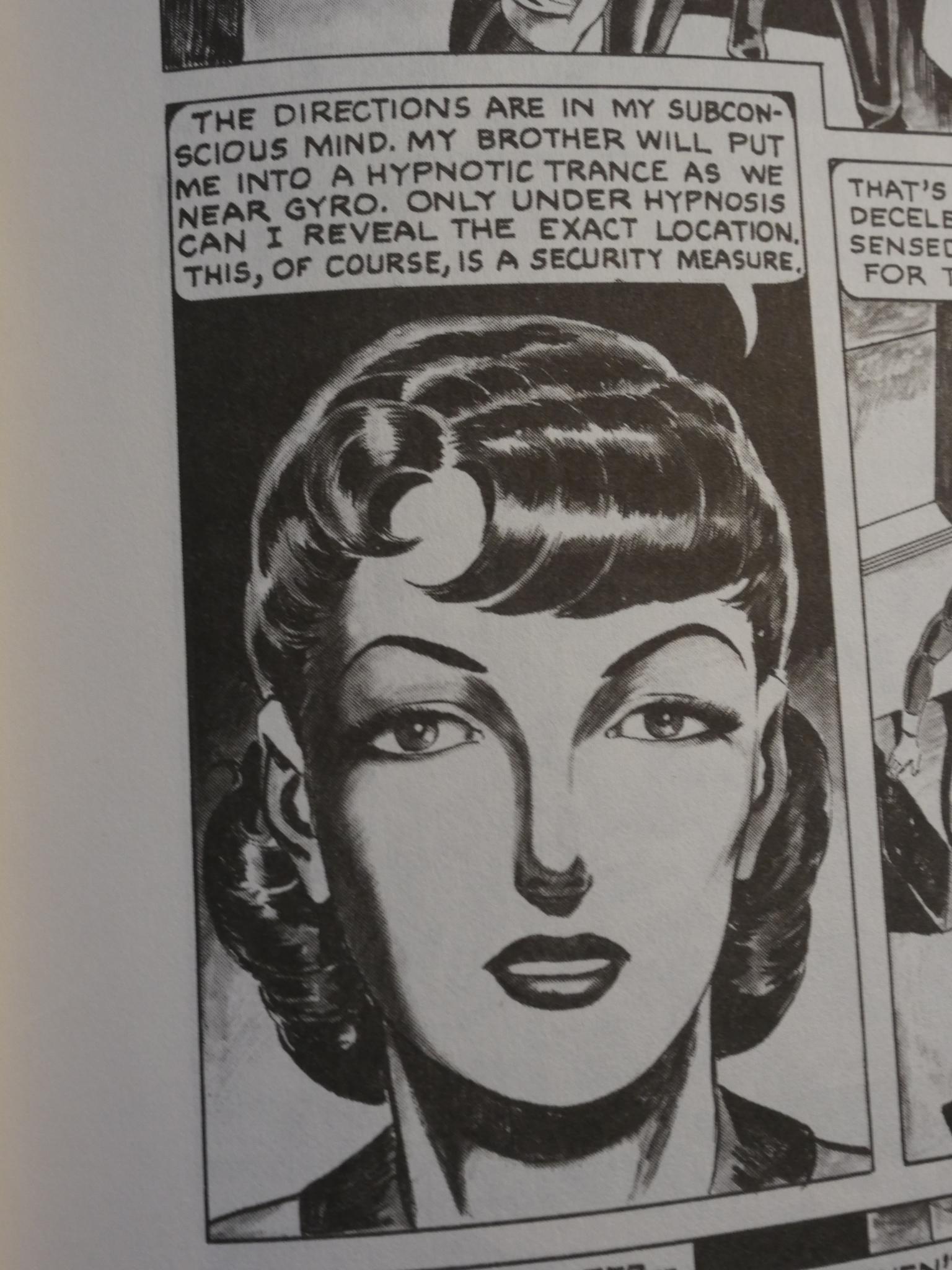 But that’s a very nice drawing. The proportions are slightly off, giving it a spooky insectile look, somewhat presaging what Charles Burns would do later. But perhaps accidentally. 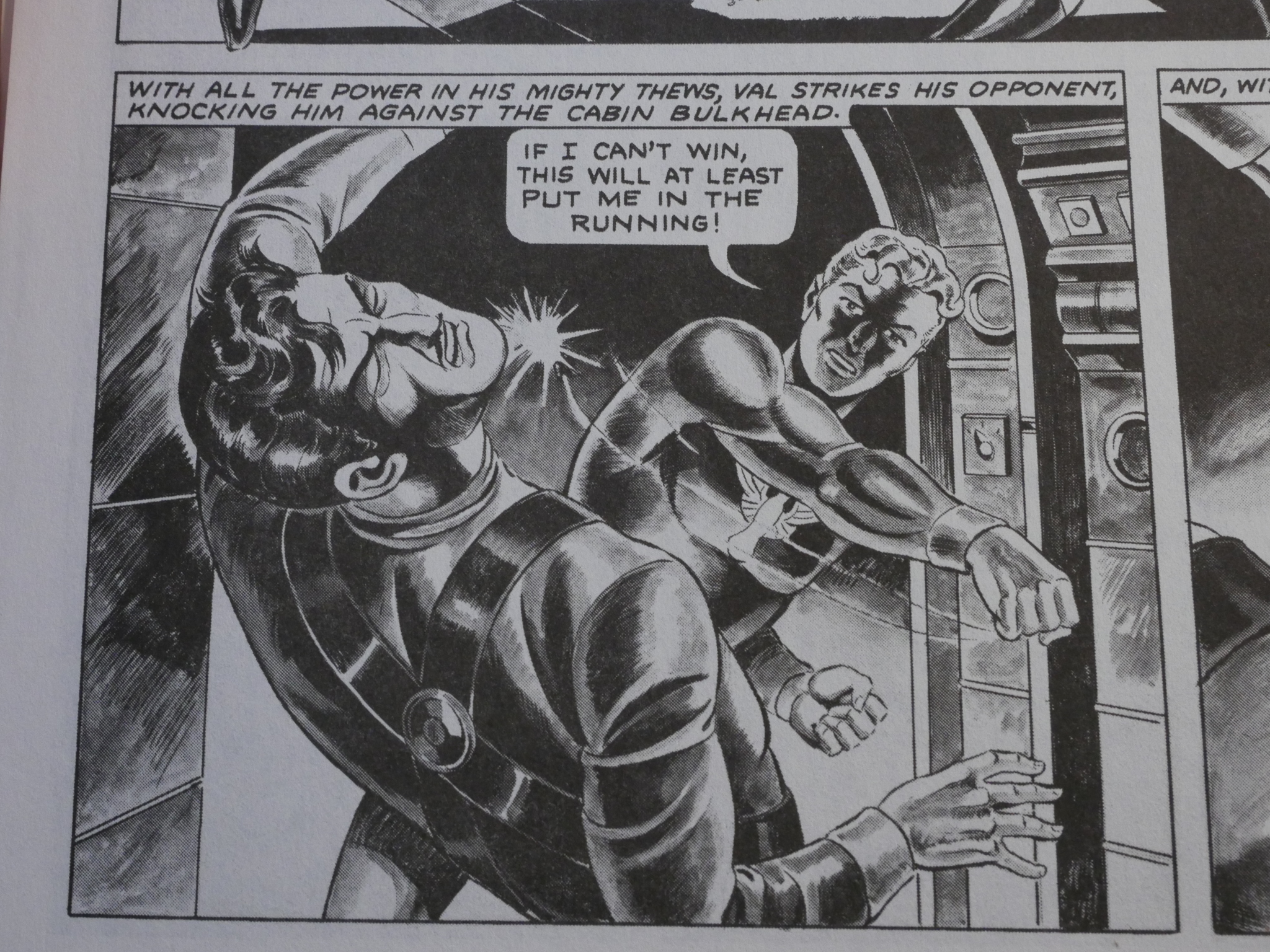 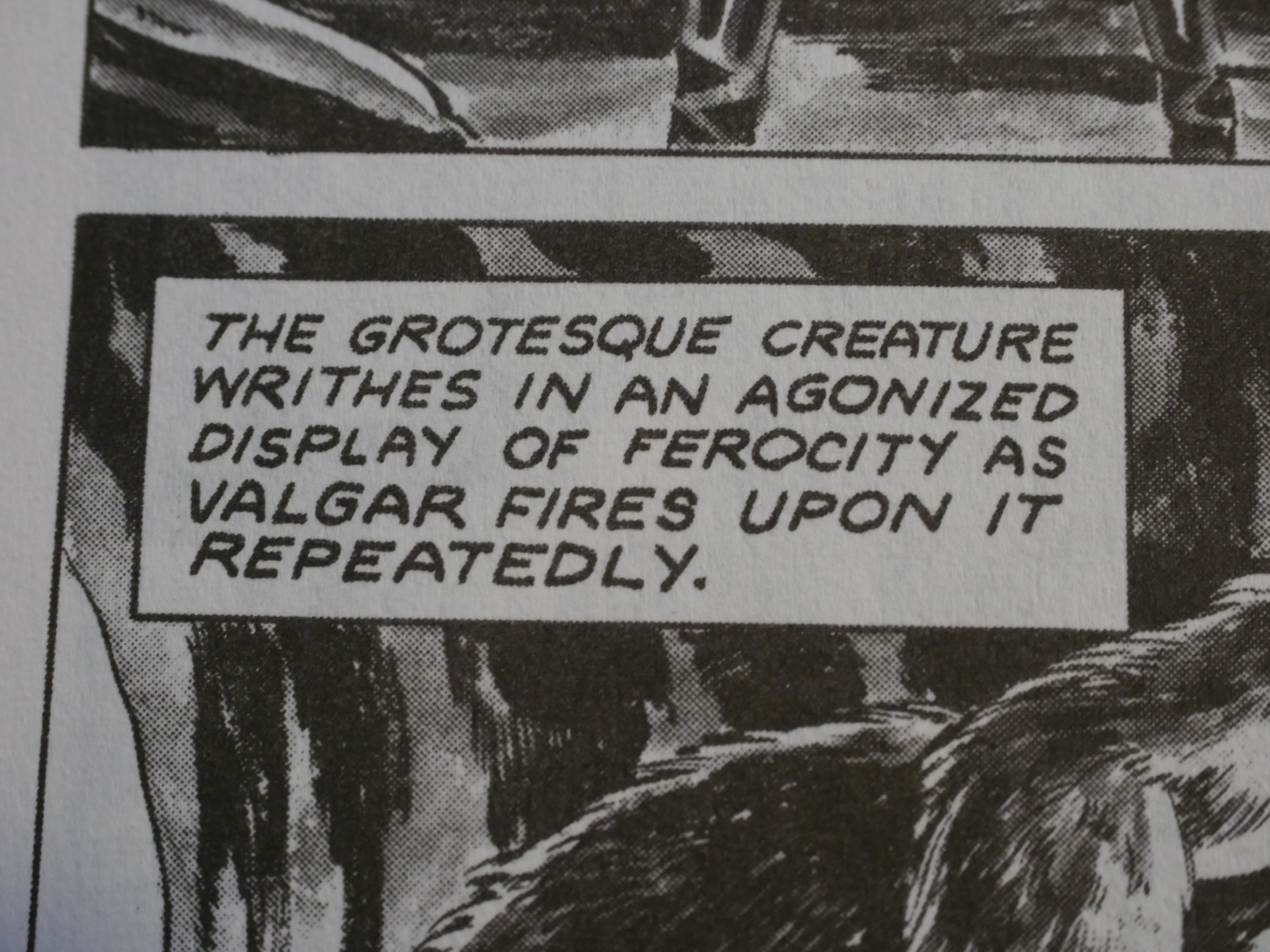 Spoilers! Don’t look at the next picture if you don’t want to know how this ends, because it’s a doozy: 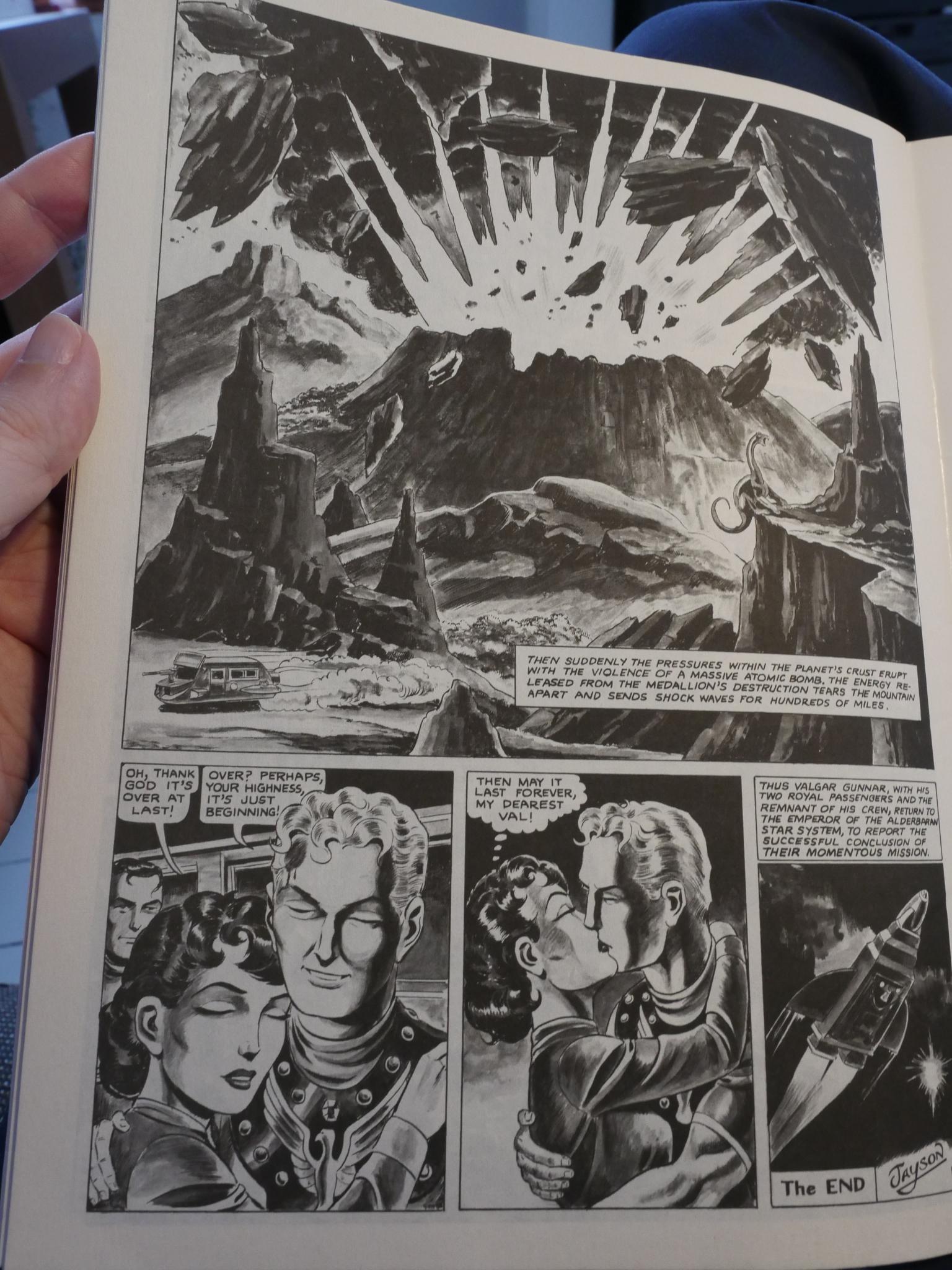 Our hero drops the ring, I mean locket, into the Flames of Gyro, I mean Mordor, and the whole thing blows up, killing the people who were living in and around the mountain. (We’re told that this would happen prophetically earlier in the issue, so it doesn’t really come as so much a surprise.)

The surprise is that after committing this genocide, Valgar is just so, so, so happy.

Perhaps this books is an understated critique of colonialism.

Anyway, perhaps I’ve been slightly overly critical here: It’s a book that’s very easy to mock. But it reads quite well. It proceeds at a brisk pace and looks rather pleasant. I’ve read many, many, many 50s sci-fi comics that are way clunkier than this book.

After doing this book, Disbrow continued making various books. This overview by Joe McCulloch is very readable. And he did a web comic for about ten years starting in the mid 90s.

So that’s a pretty unusual career.