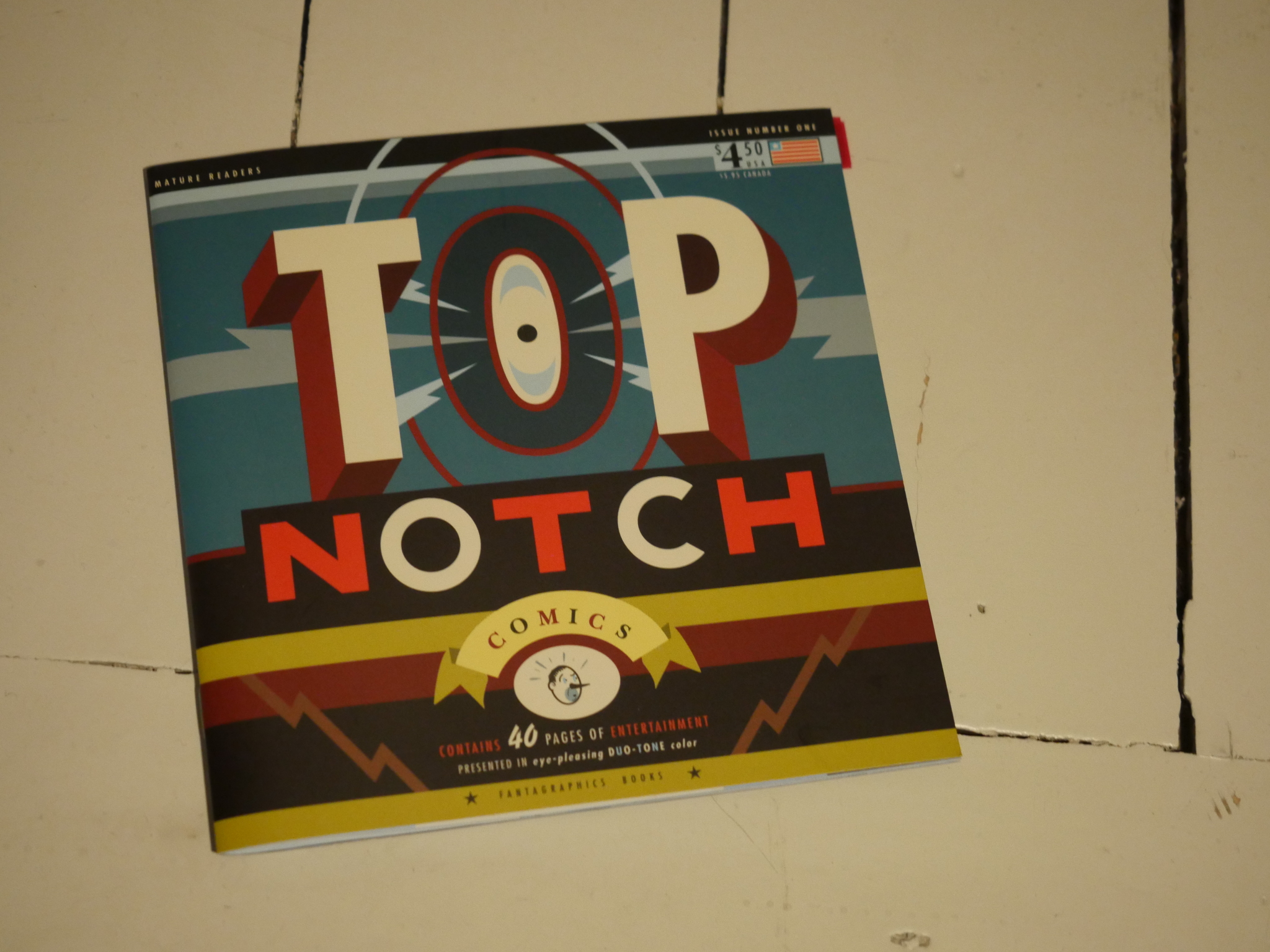 I remember this comic being somehow controversial, but I can’t quite remember why. 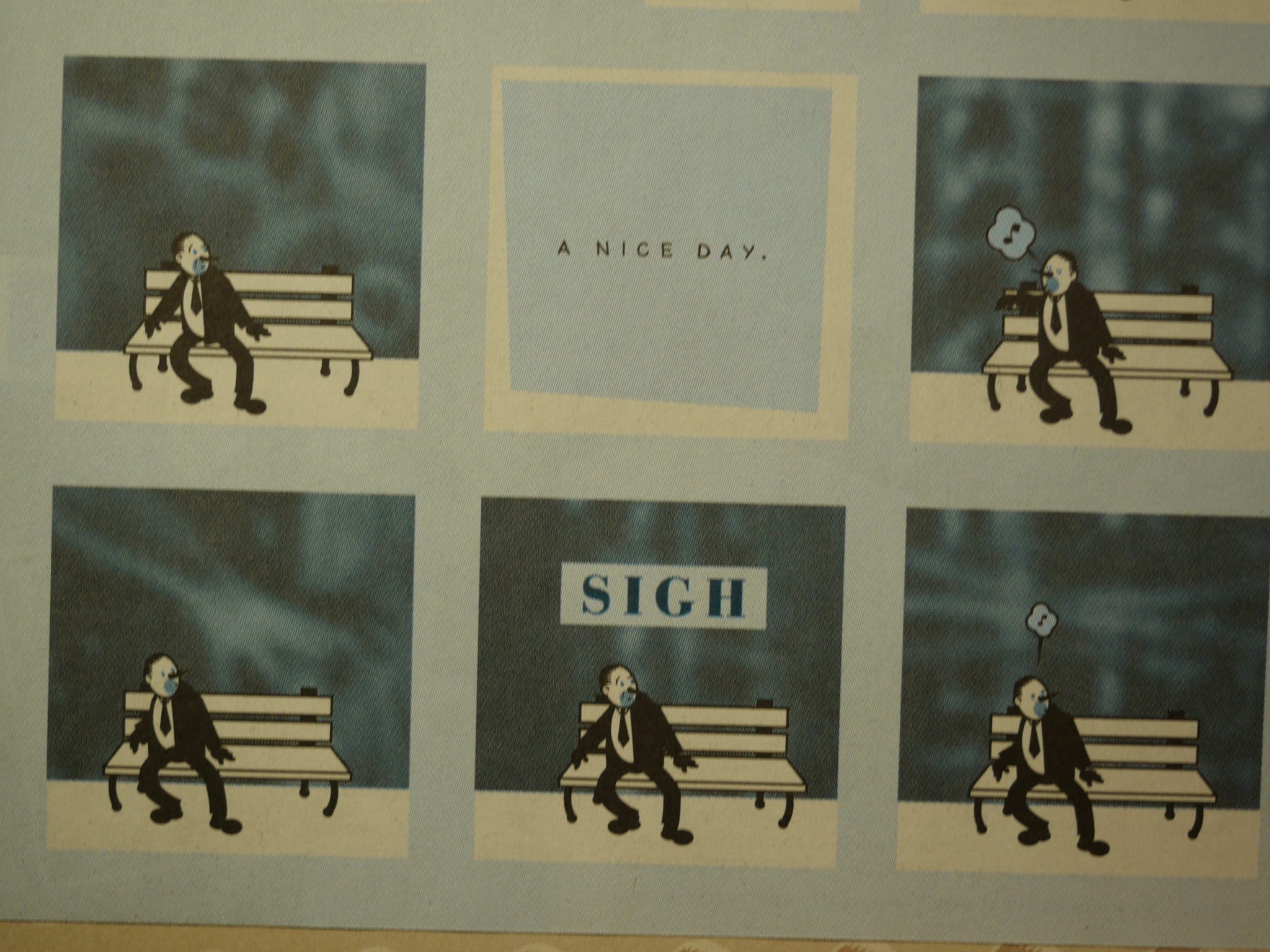 There are some very Chris Ware-esque things about it. It has an unusual size, it’s printed in duo-tone, and it uses blurred backgrounds. 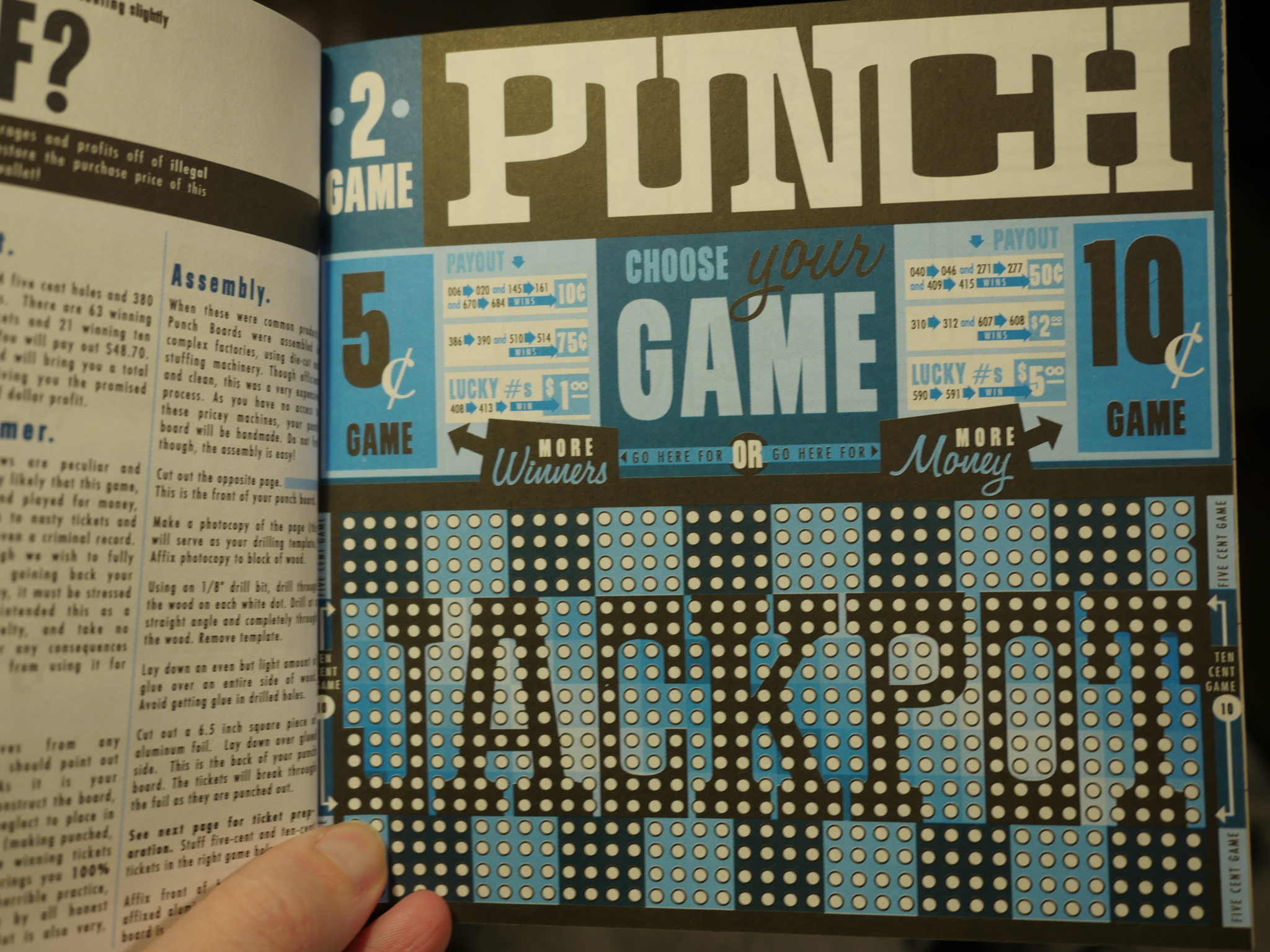 There are things to cut out and assemble. 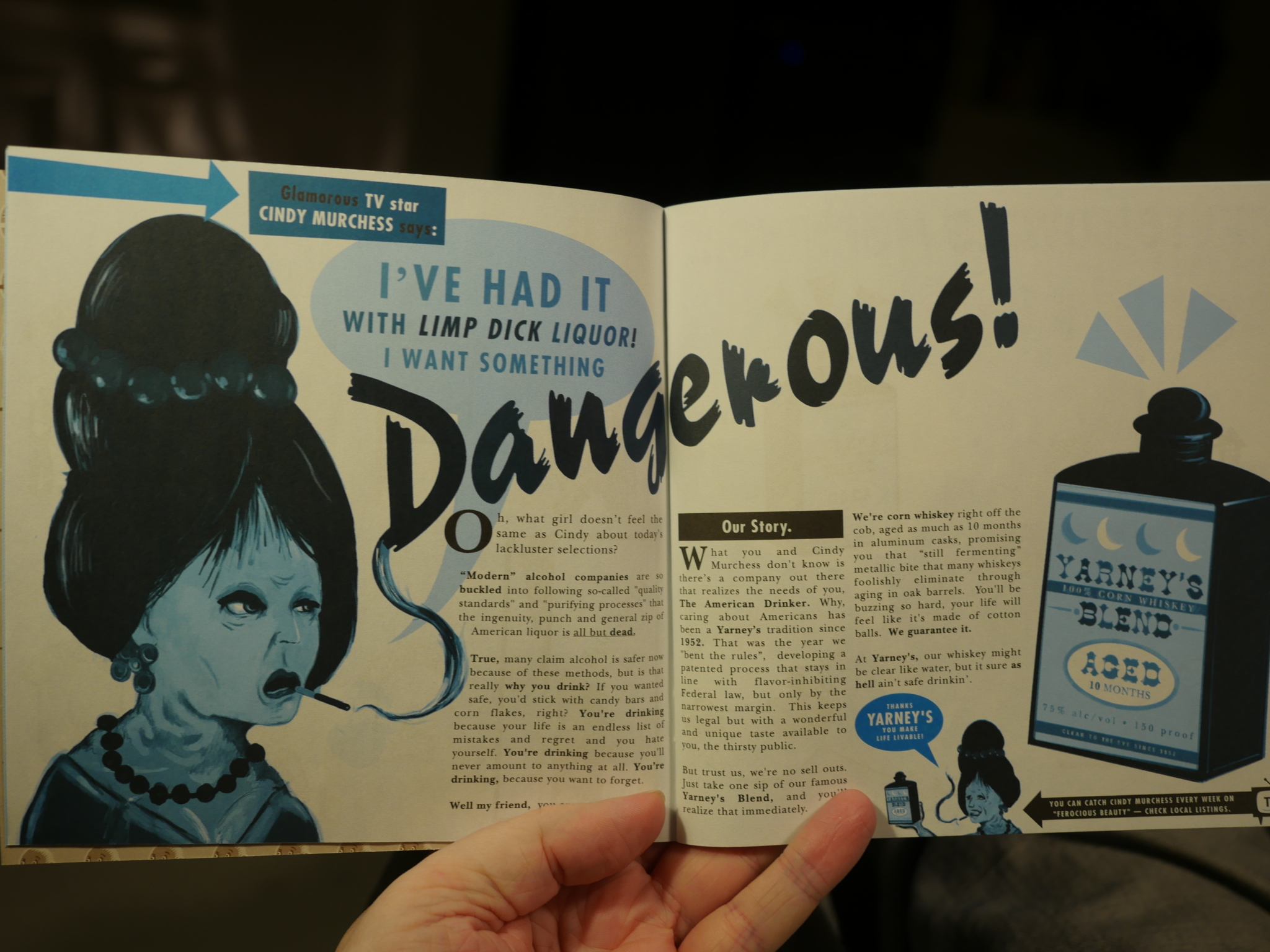 There’s a fake ad. But I don’t think Ware would have been talking about “Limp Dick Liquor”. 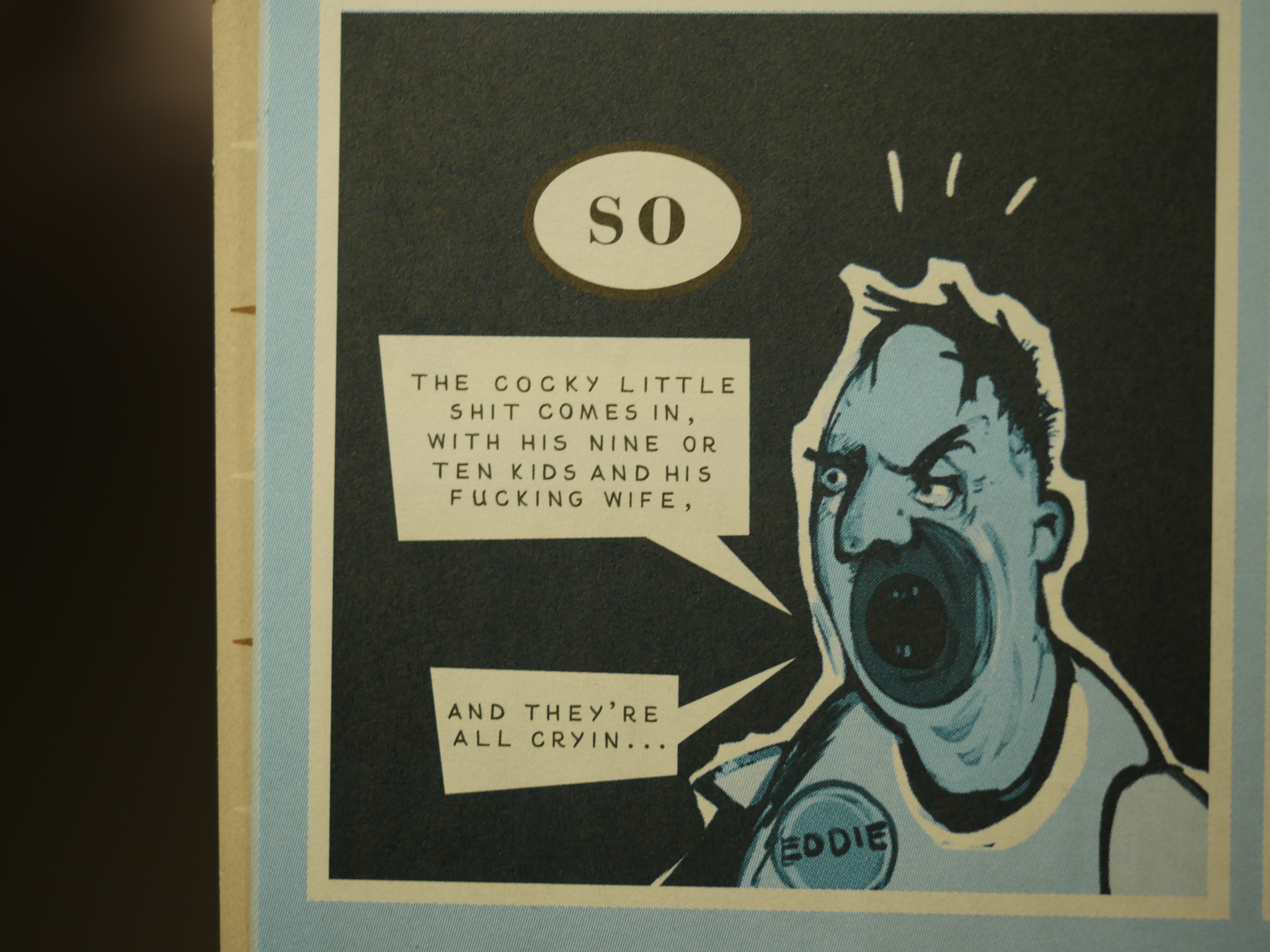 And some of the artwork reminds me more of Al Colombia than Ware.

Anyway, it’s a pretty slight story, and I’m left wondering whether it’s a parody or a sincere attempt at telling a story. It ends with “to be continued”, and it wasn’t so I guess it didn’t stun the world.

Here’s one fun thing about it: 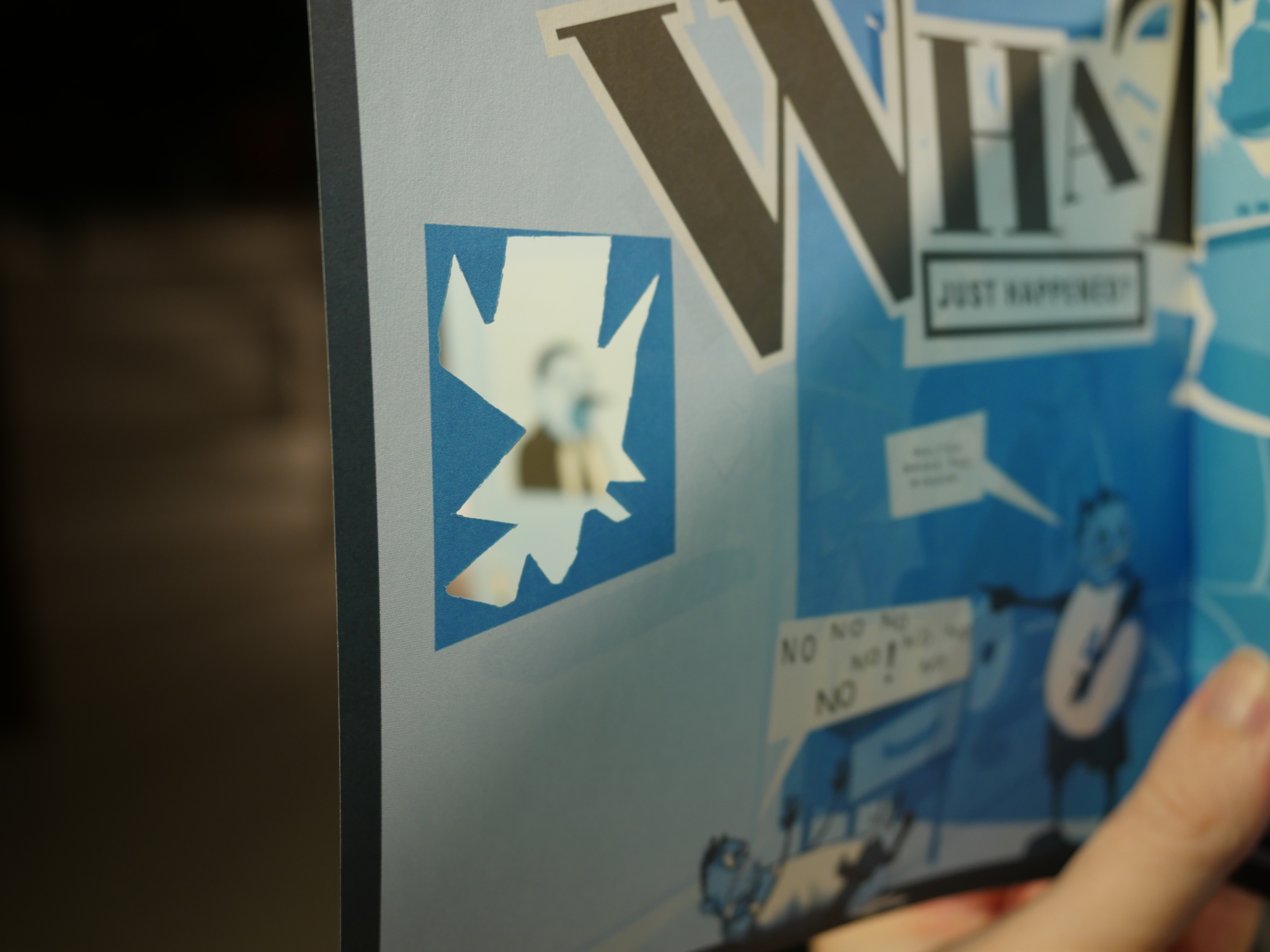 It has a die cut page in the middle. One of the children breaks a window, and when you flip the page over… 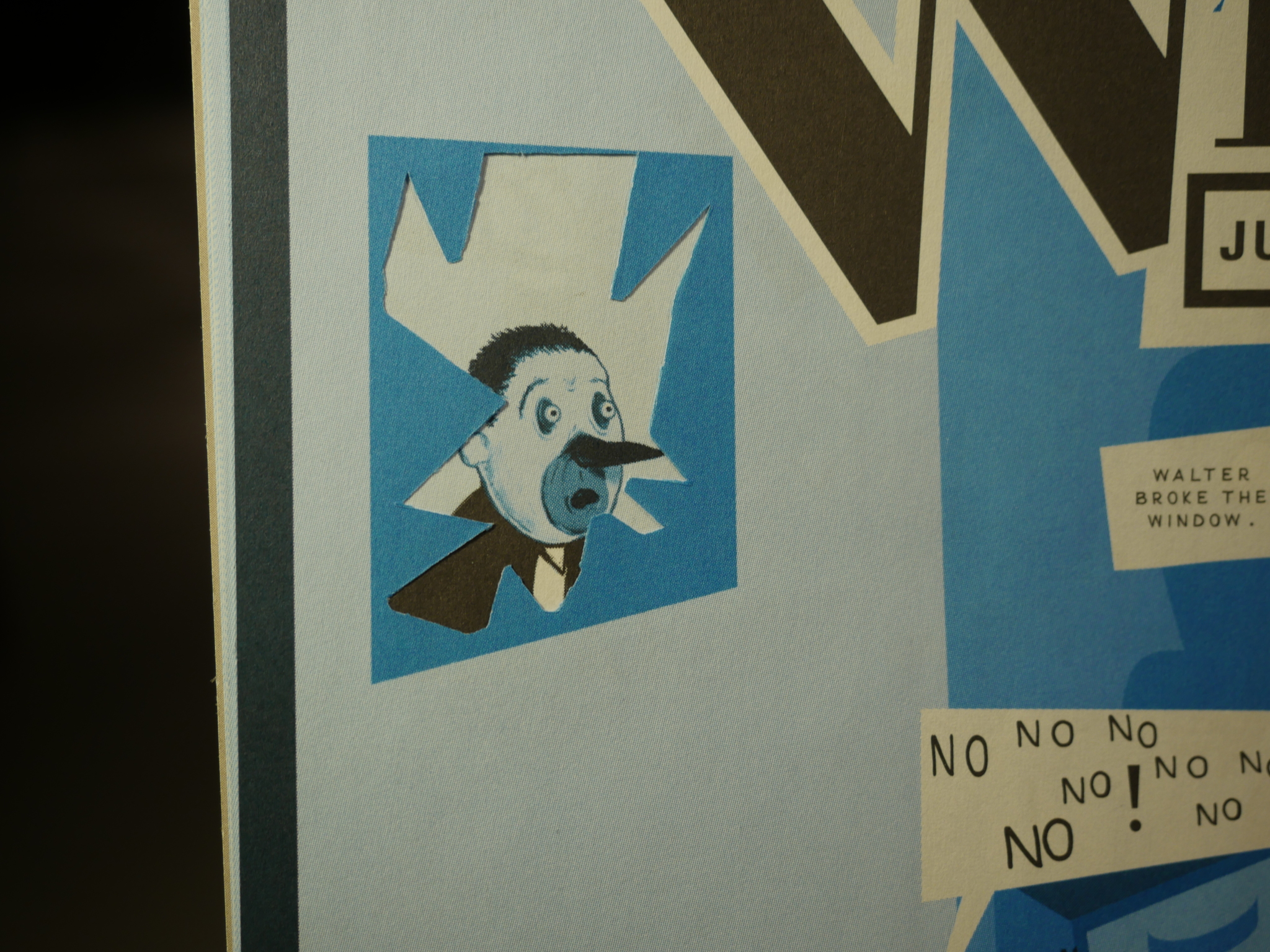 … the hole lands on the character from the preceding page. Clever, eh? Eh?

I think this is the only time I’ve seen Fantagraphics allowing somebody to do something like that in one of the floppies, which might mean that they were pretty taken with the book.

Let’s see if I can find out why I had a feeling was controversial. I thought it was OK.

Oh, dear. The first review there is vicious. 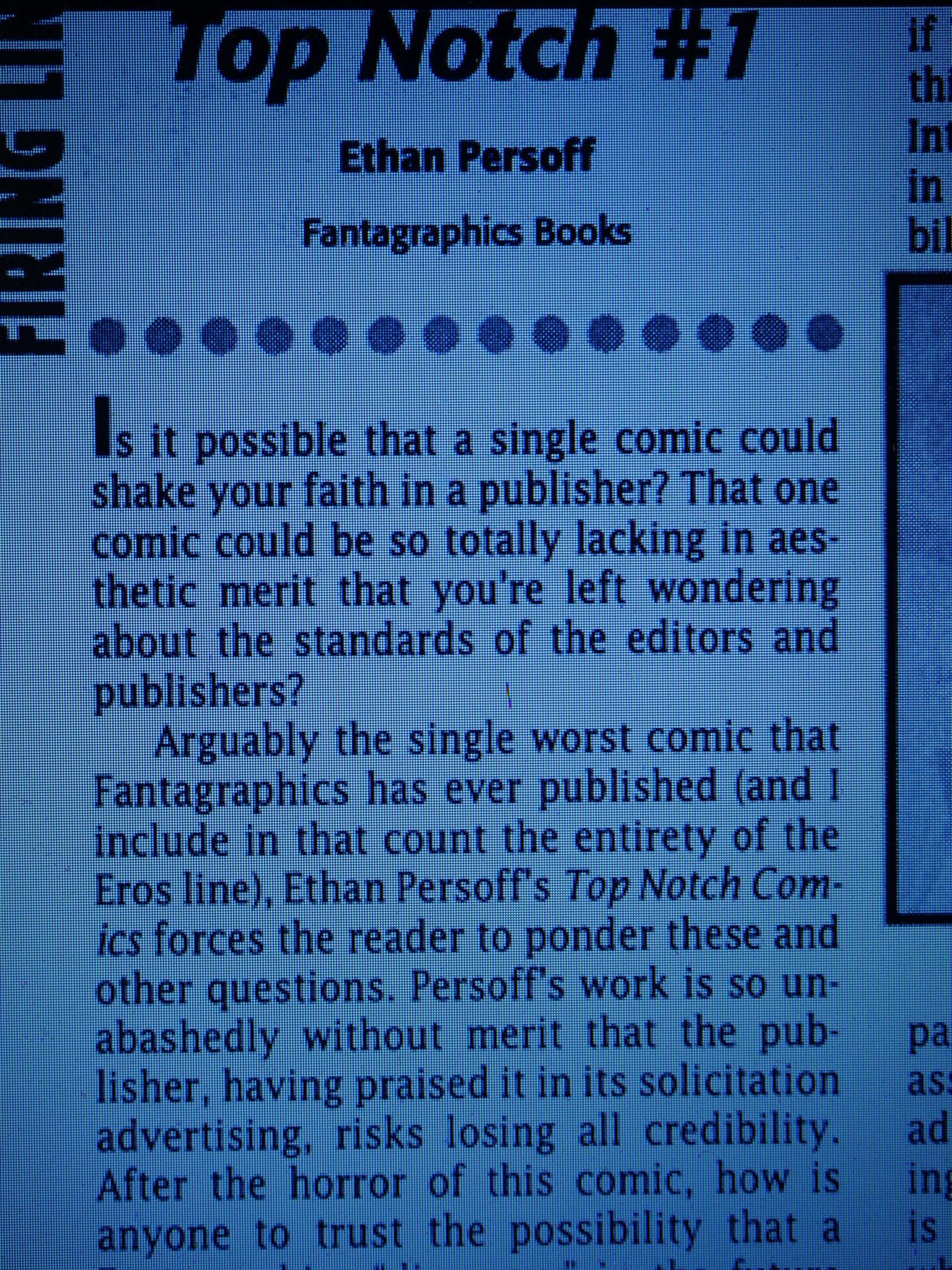 And then he gets nasty.

A couple of years later, Persoff and Al Colombia teamed up to create a series called The Pogostick, which I haven’t read yet.