The Pogostick #1-2 by Al Columbia and Ethan Persoff. 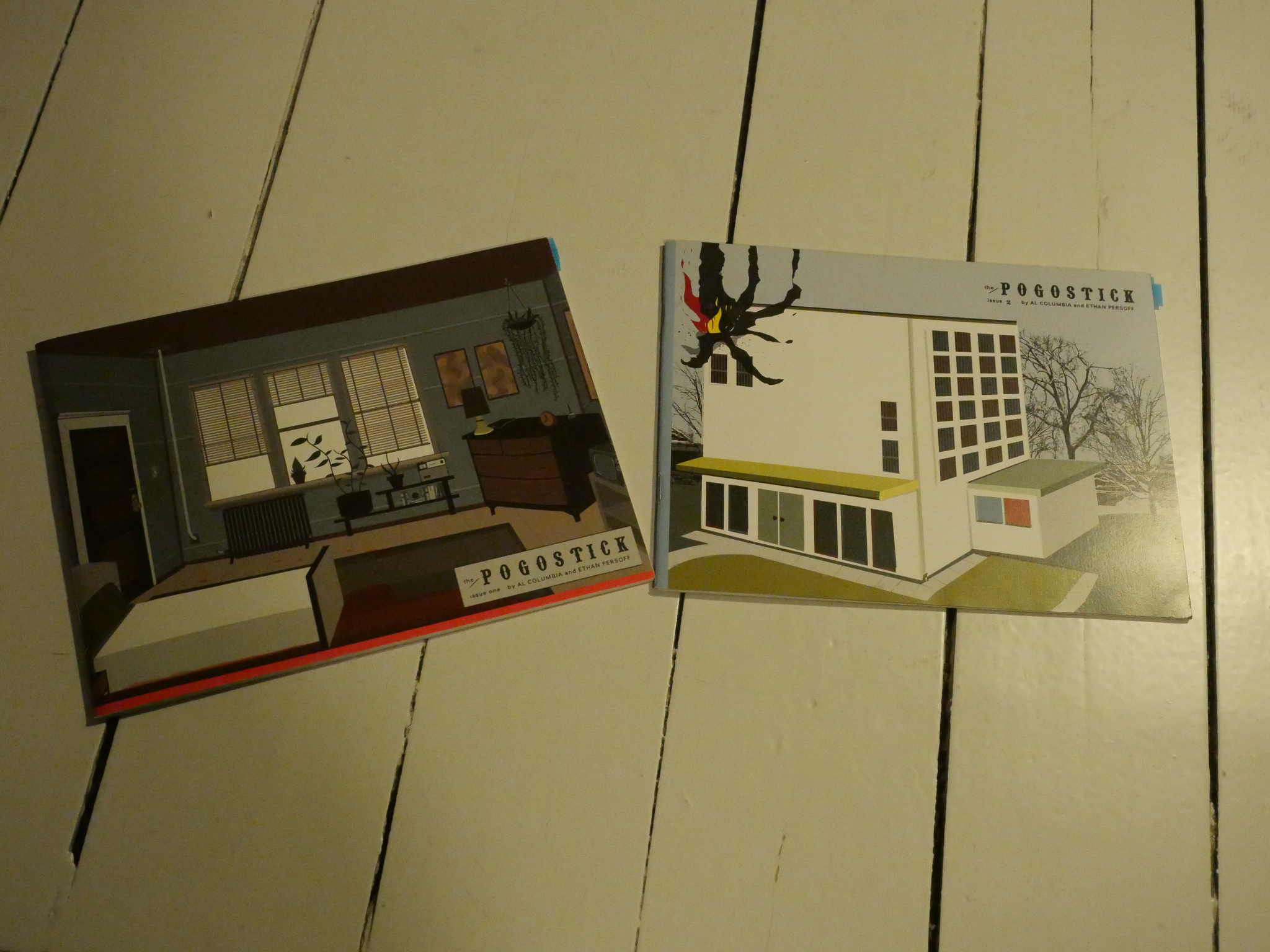 We’ve seen both Al Columbia and Ethan Persoff before in this article series, and here they turn up with a collaboration. This book has an unusual format, being smaller than standard-size comics and printed “sideways”. Sort of.

Based on the indicia and guessing, this was probably written by Columbia and drawn by Persoff. 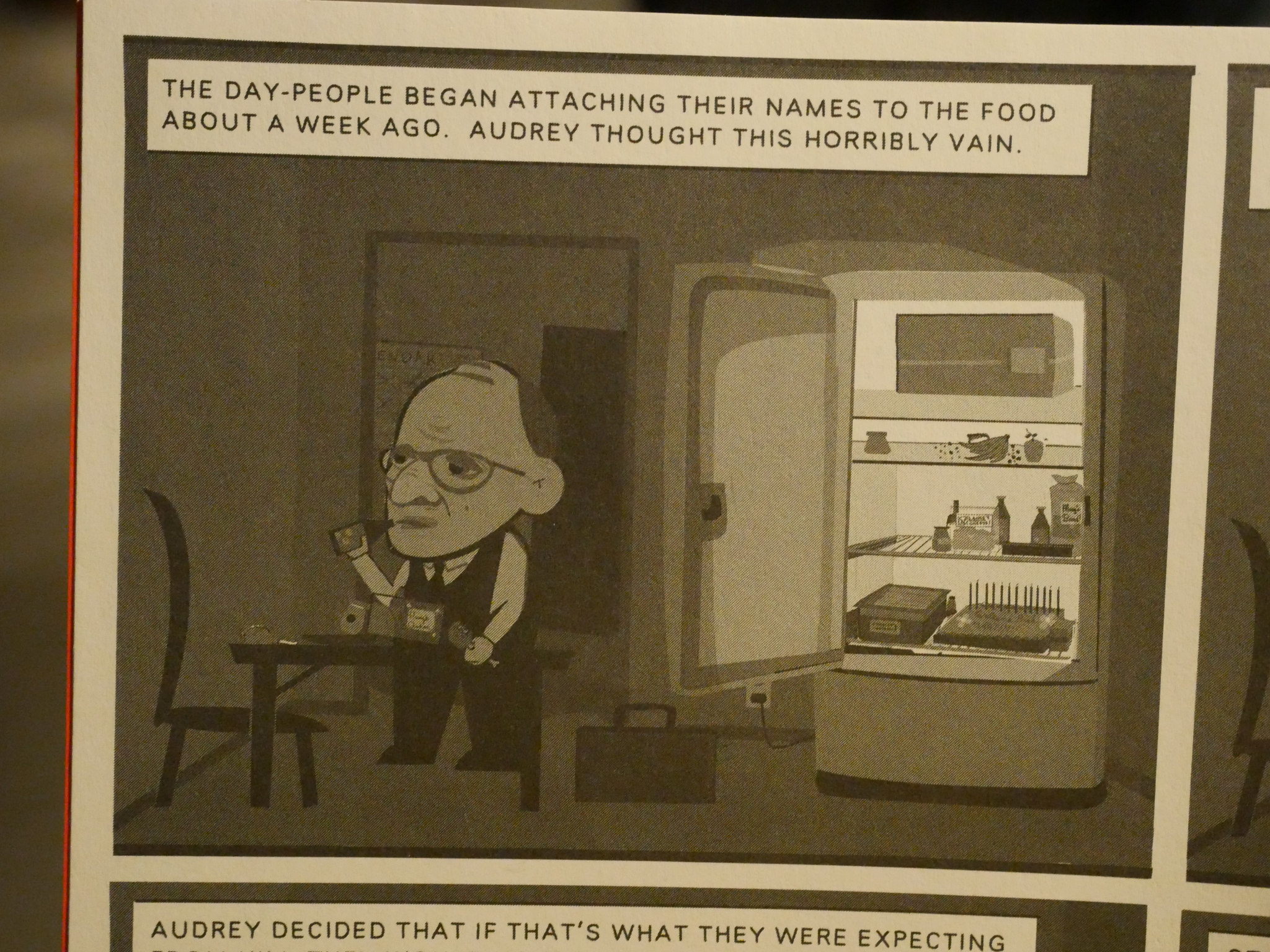 Well… “drawn”… I guess the artwork was created in a very computerey process. It looks like each element was created once and then moved around on the screen a lot. 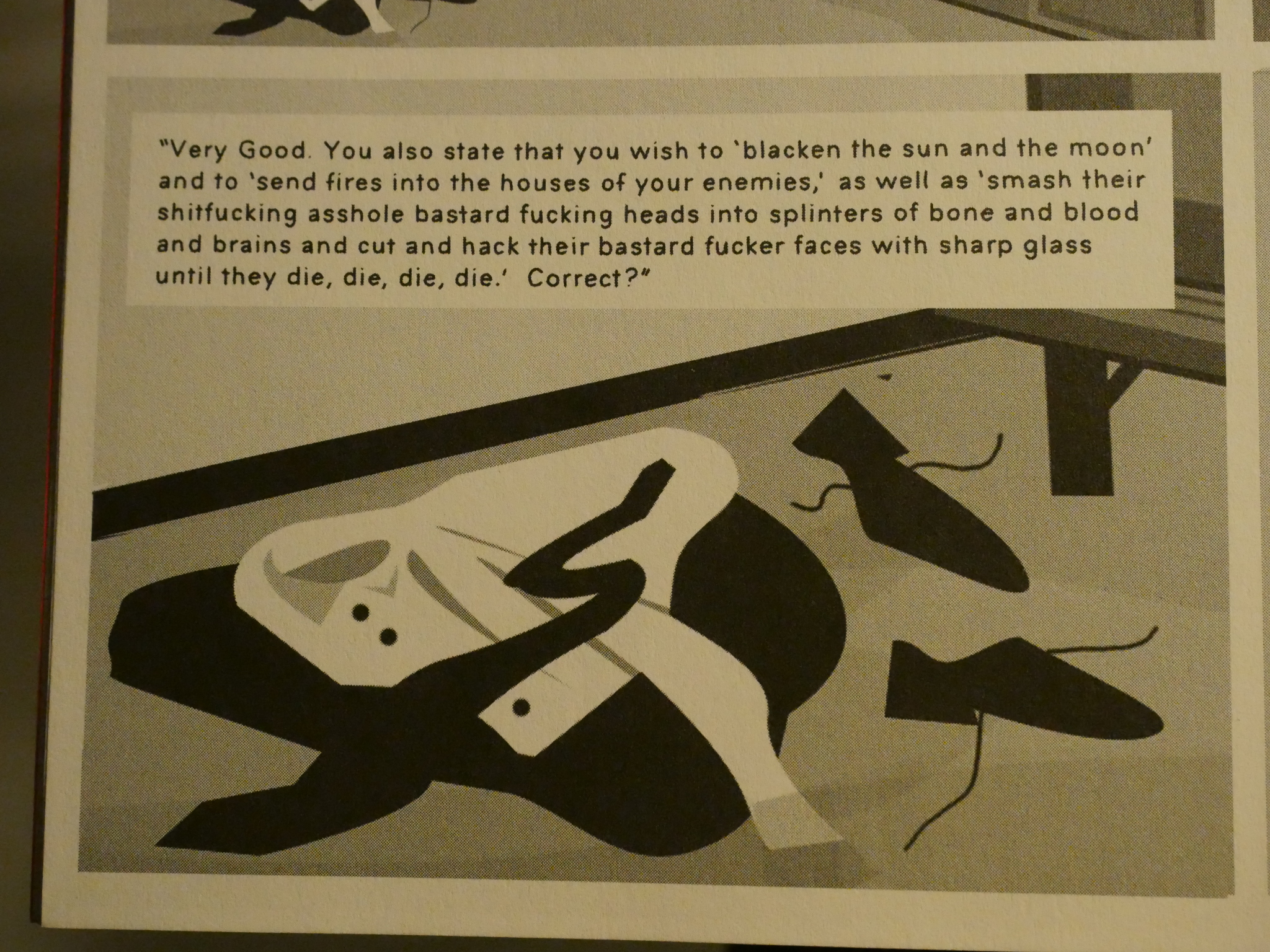 The story is about a very unpleasant, possibly insane guy who works the night shift at a rivet design company. So it’s what you’d expect from both Columbia and Persoff, really. 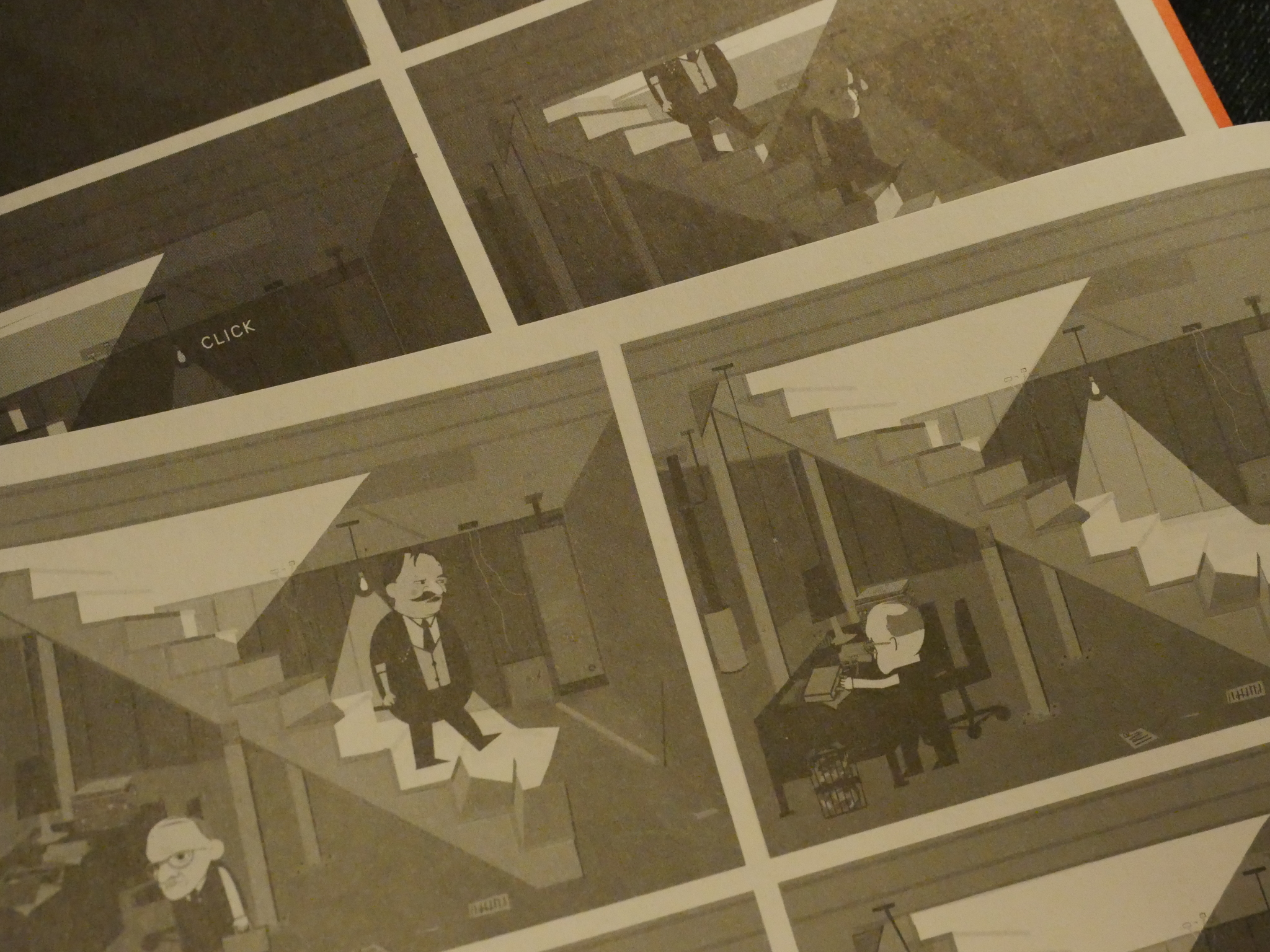 The second issue is printed much lighter, ink-wise, than the first issue: It looks slightly bleached out. I would assume that this is a printing error, but you never know… 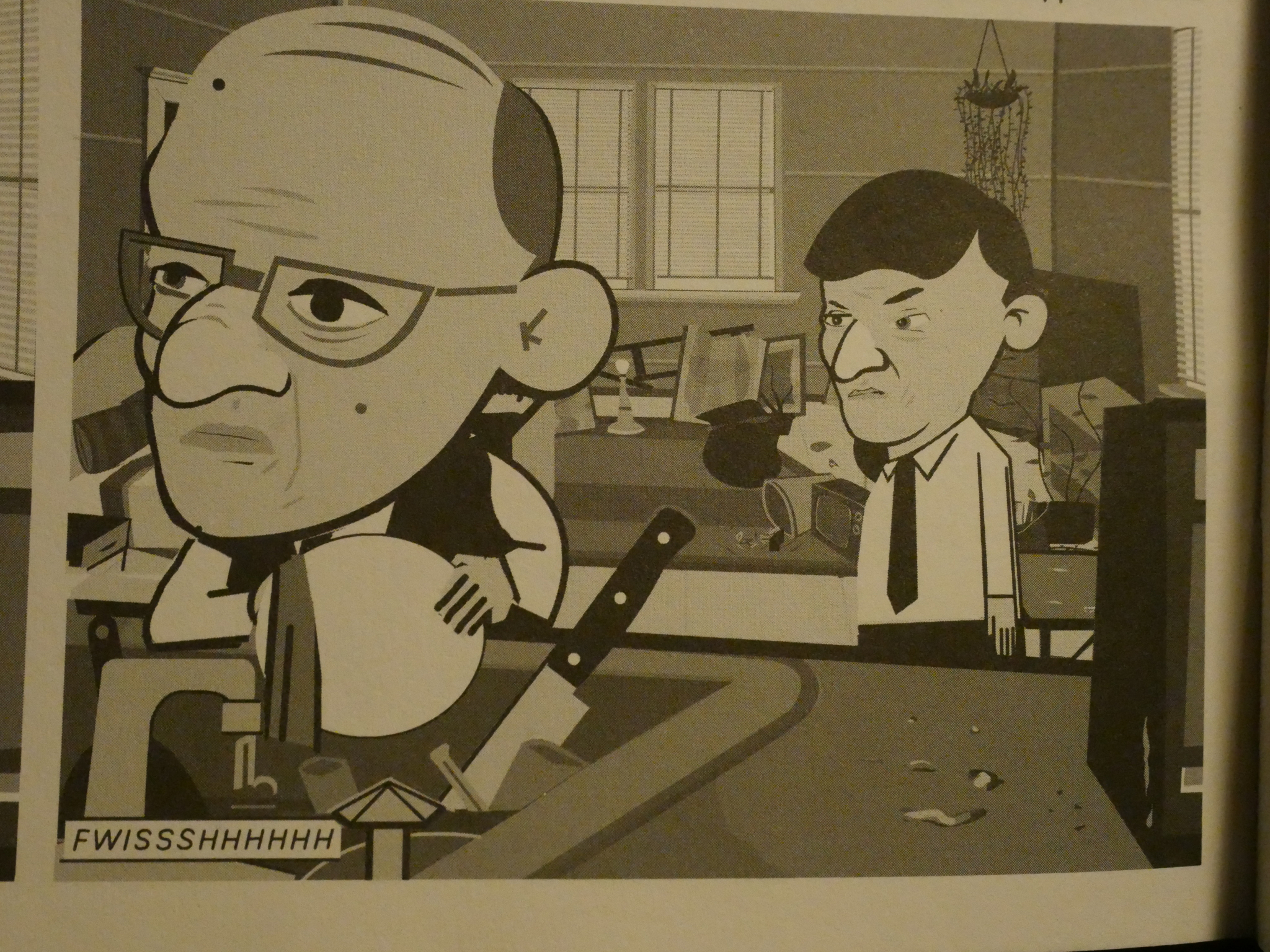 Persoff’s approach to the artwork isn’t very appealing, I think. Of course everything looks stiff and awkward, but that can work to your advantage. The main problem is that it’s just difficult to tell these people apart, or to read their intentions when they all look like that.

For instance, in this pivotal moment, I was wondering whether the guy to the right up there was the same as… 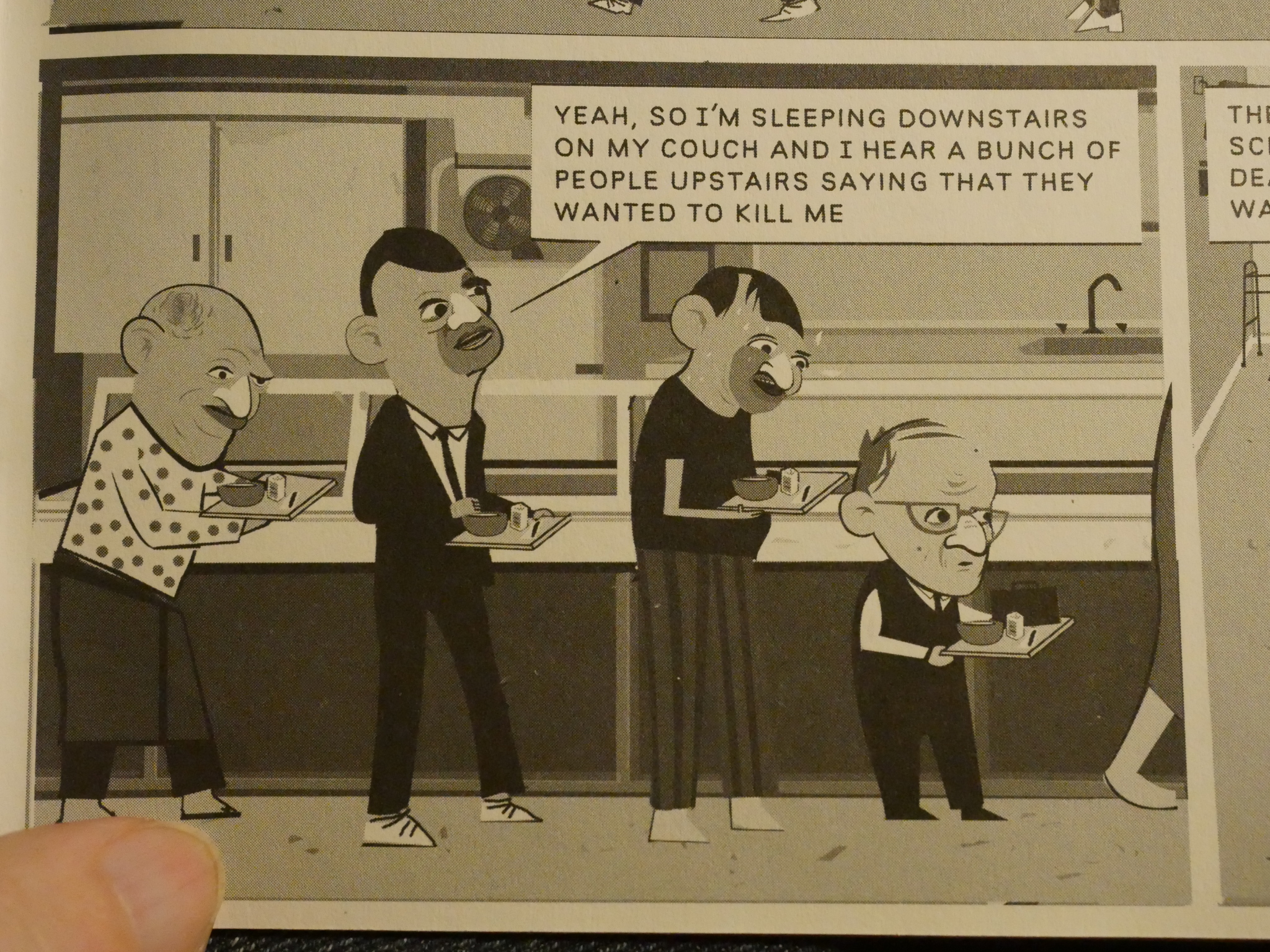 … either of these two guys here, but he isn’t. Flipping back and forth this way to clarify stuff like that doesn’t really help much with enjoying the book.

The first issue was 32 pages and the second was 24, and I have no idea whether any further issues were planned or not. I guess you could say that the plot, as it is, had reached a natural conclusion, or they could have continued in this vein indefinitely.