Tales from the Outer Boroughs #1-5 by Douglas Michael. 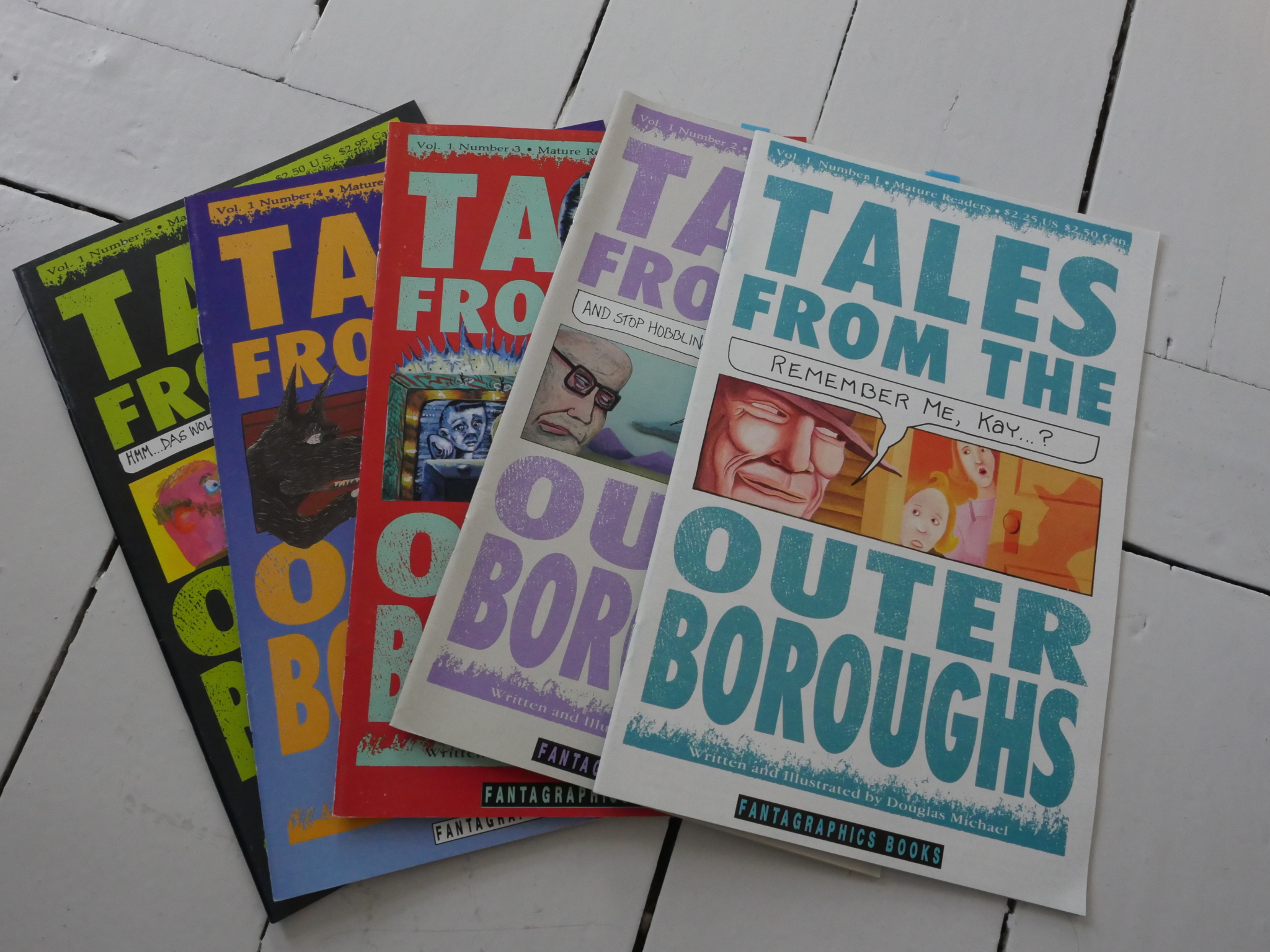 This is a pretty odd series, even as odd series go. 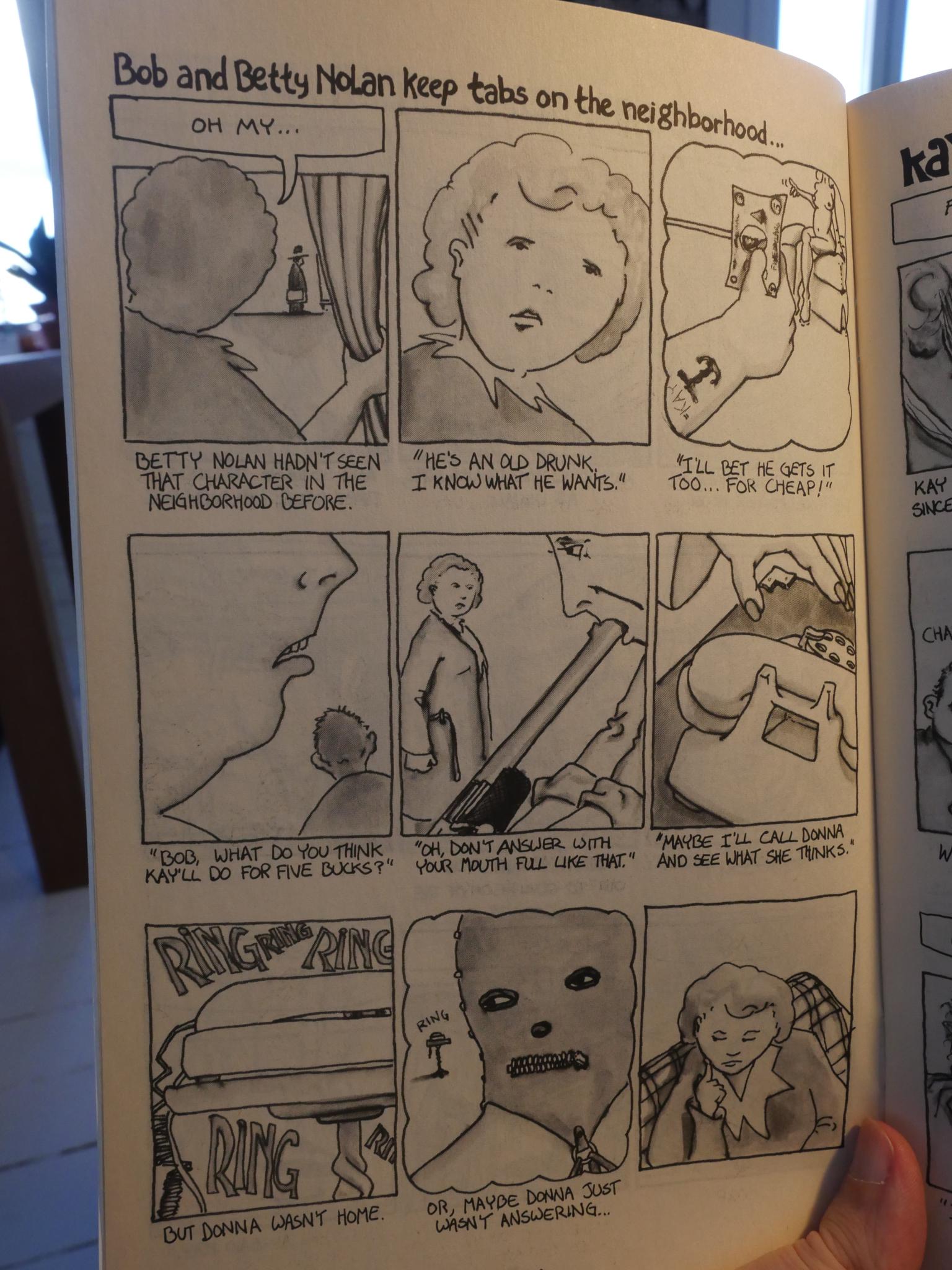 I guess I can see the inspiration here from people like Rick Geary, Ben Katchor and Chris Reynolds, but the artwork isn’t as distinctive as any of those, really. He does have the oblique weirdness going for him, though. 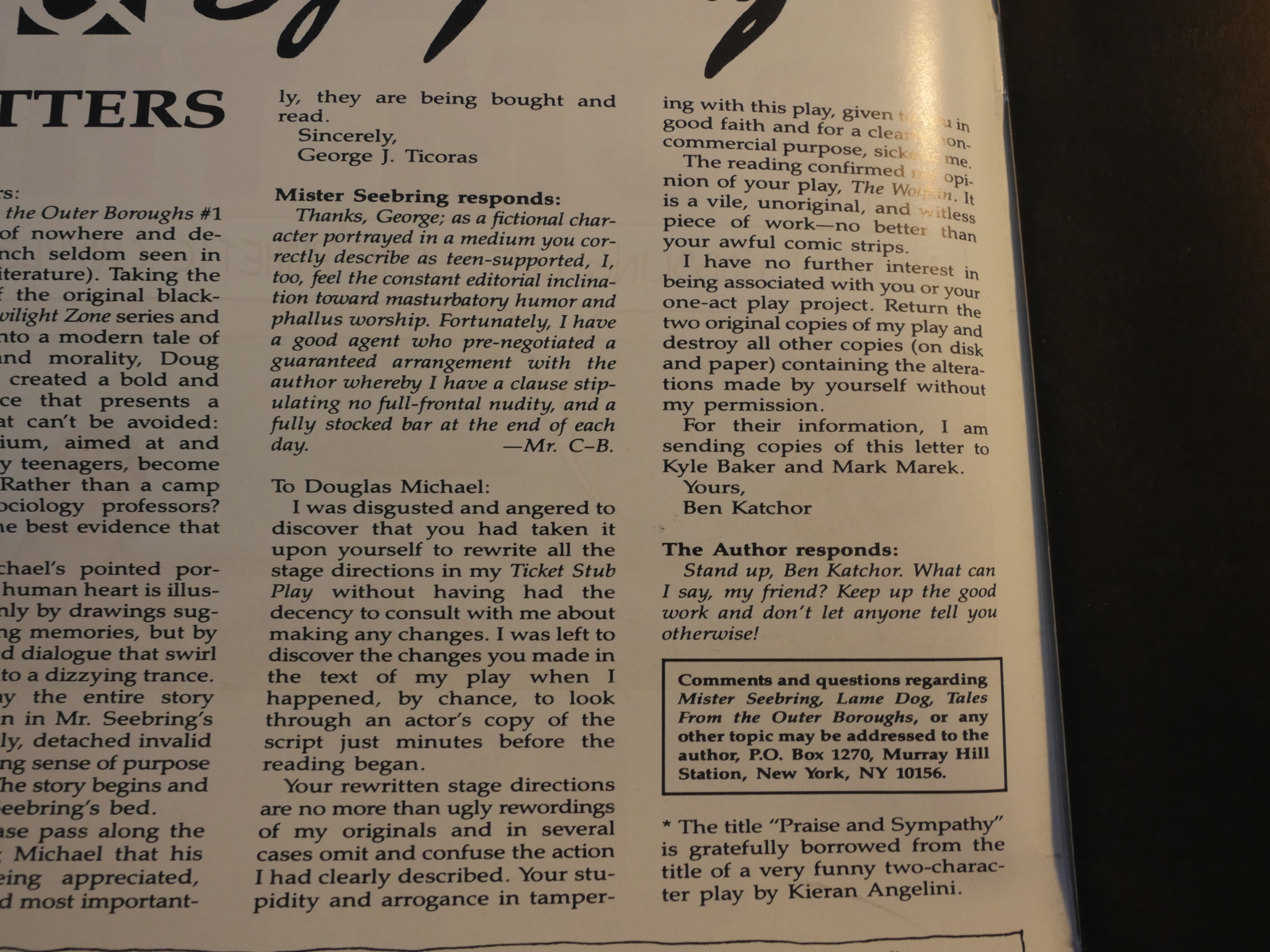 And speaking of Katchor, he supposedly shows up on the inside front cover of issue number two, with what I suppose to be a joke of some kind? If it’s serious, it sounds quite serious, so… I guess it isn’t? 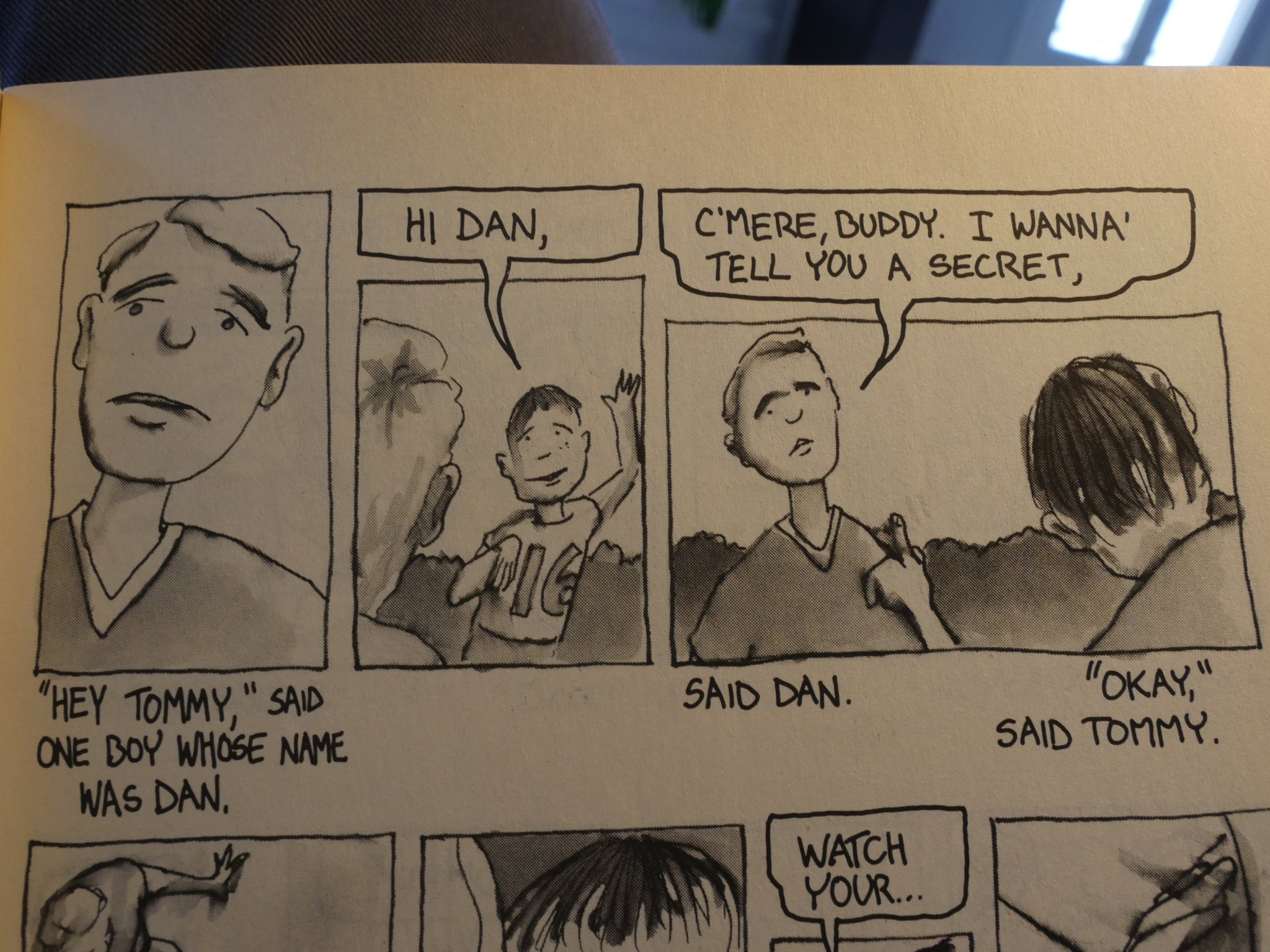 For the second story (which ran two and a half issues), Michael switches to this storytelling format, with “said Dan” stuff underneath the panels. I’m not sure it works? It’s just a bit annoying? And now I’m upspeaking all these sentences?

Anyway, the second story is pretty entertaining. I hate reviews that do nothing but retell a plot, but I just have to here, because it’s just so original:

A very mentally disabled guy is sentenced to death after a shooting. But the law in that state says that the condemned has to show remorse before he can be executed, so the prosecutor convinces the governor to produce a film that’s supposed to awaken the mind and conscience of the condemned. 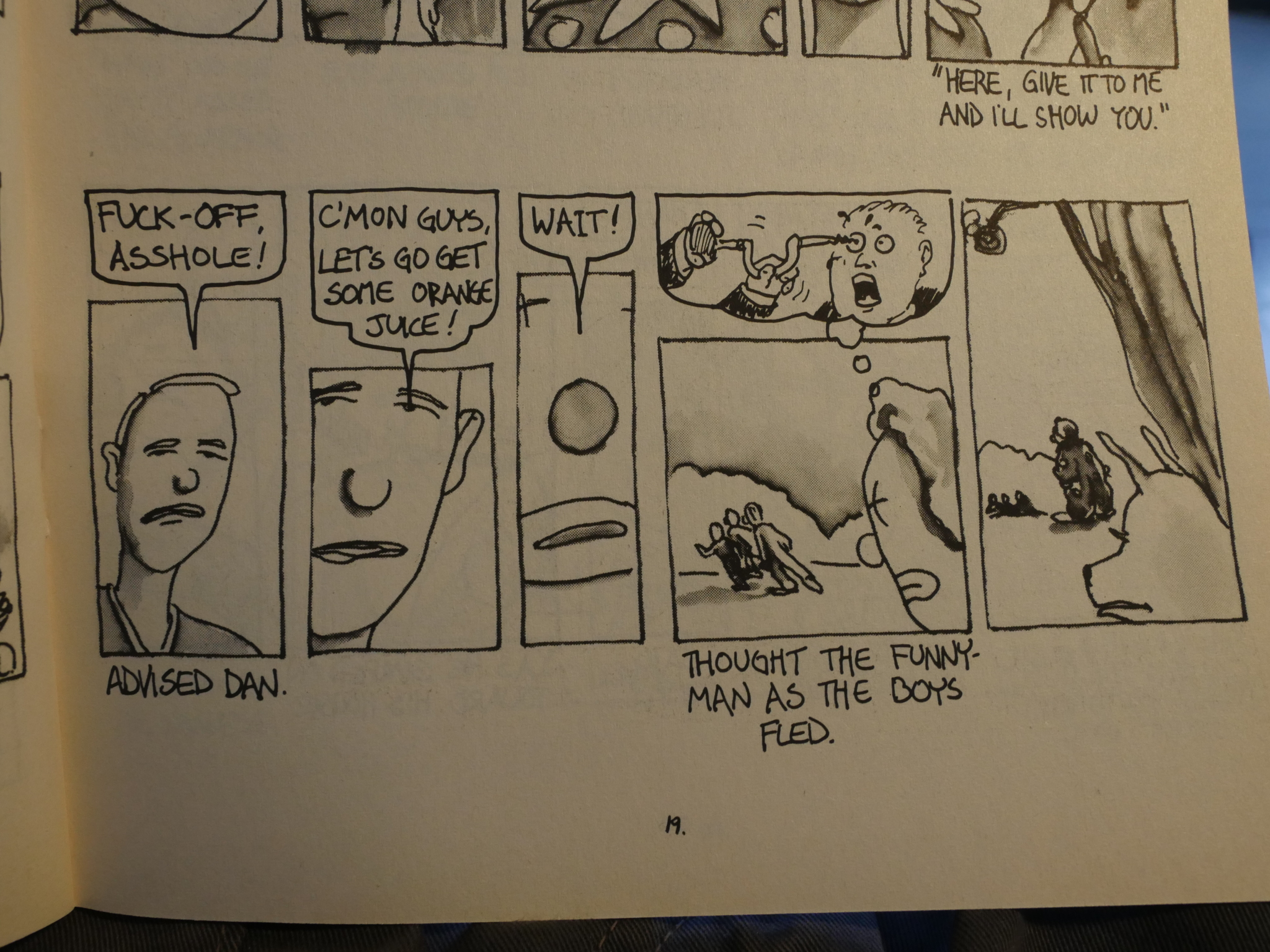 That’s a scene from the film, and kinda illustrates the awkwardness of the approach. The clown is thinking about drilling a head in that evil boy’s head (I guess), but is that something that’s shown in the film? Is he (in the film) saying that that’s what he wanted to do? 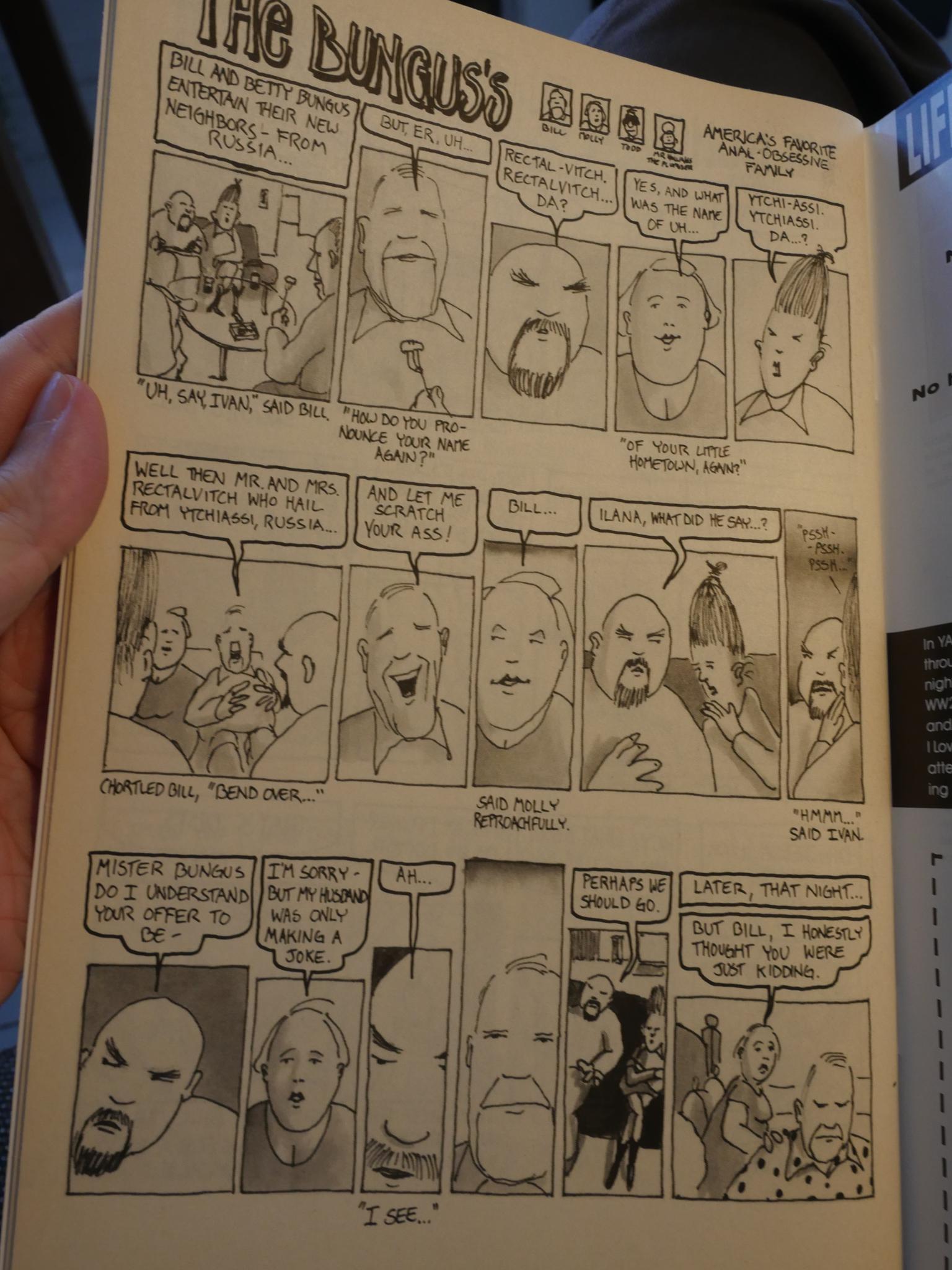 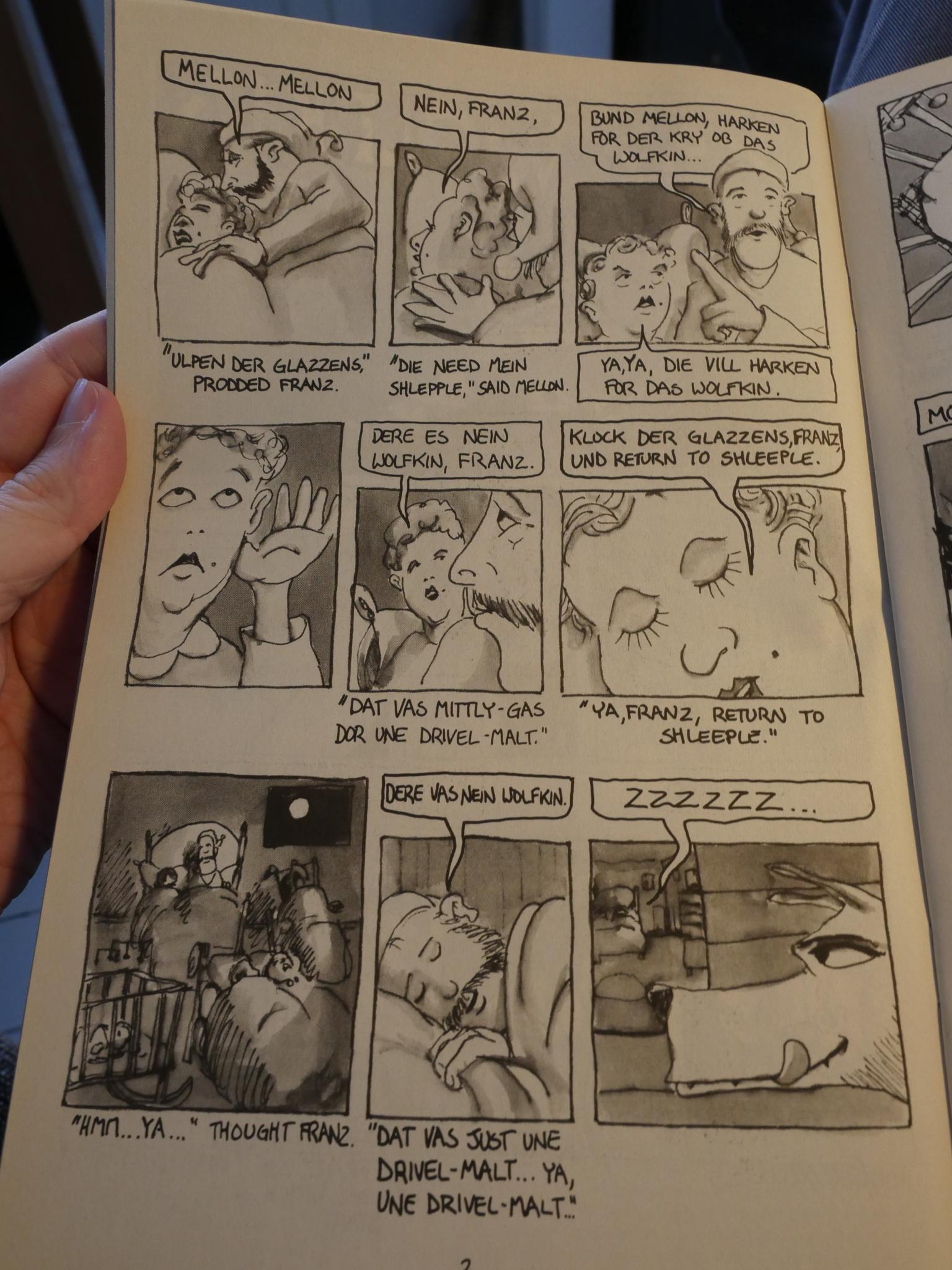 The third and final story is a pseudo fairy tale told in Joke German. It’s amusing, but it wears thin.

As far as I know, Douglas Michael hasn’t published a lot of comics after this series was cancelled, but have you tried googling him? Even with quotes and -“michael douglas” it’s pretty much impossible.